Matter never compromises itself with the spirit; the spirit never dominates matter.

And yet matter and spirit meet in Gutai art, without ever mixing each other. Kazuo Shiraga‘s works perfectly express this complex relationship, in which the immaterial and the concrete interact to narrate the story of human life. On the occasion of the inaugural exhibition of its new space at Kanaal, Antwerp, Axel Vervoordy Gallery presented a retrospective of the Japanese Gutai Master, featuring an introduction text by Gutai scholar and curator Koichi Kawasaki. The idea of painting as a performing act is explored in the vast series of works on show, which go from 1924 to 2008. Paintings such as the Warrior Series, the Drunken Beast or Yaeshiki convey an untamed stream of feelings that brings back the viewer to his primitive dimension, and puts him in touch with an ancestral spirituality that overrules the principle of individuation. All Shiraga‘s artworks wander back and forth between the conscious and  unconscious. Rather than a system or logical explanation, they are primarily based on the artist’s intuitive state of mind, as if the he immerged himself into painting as if he was praying. Therefore his art has a cathartic power, experienced by the author in the making process and by the viewer when looking at the paintings. 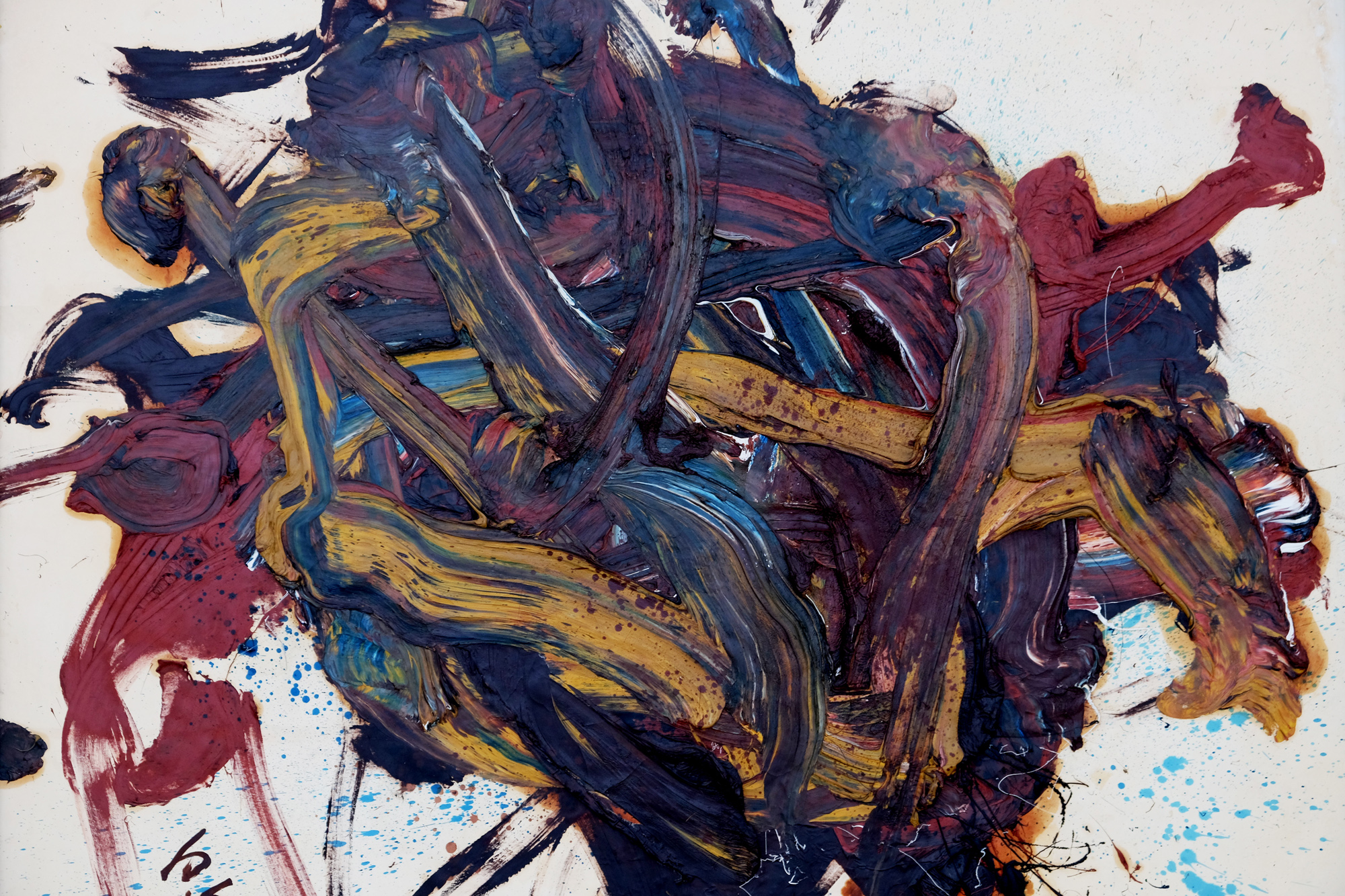 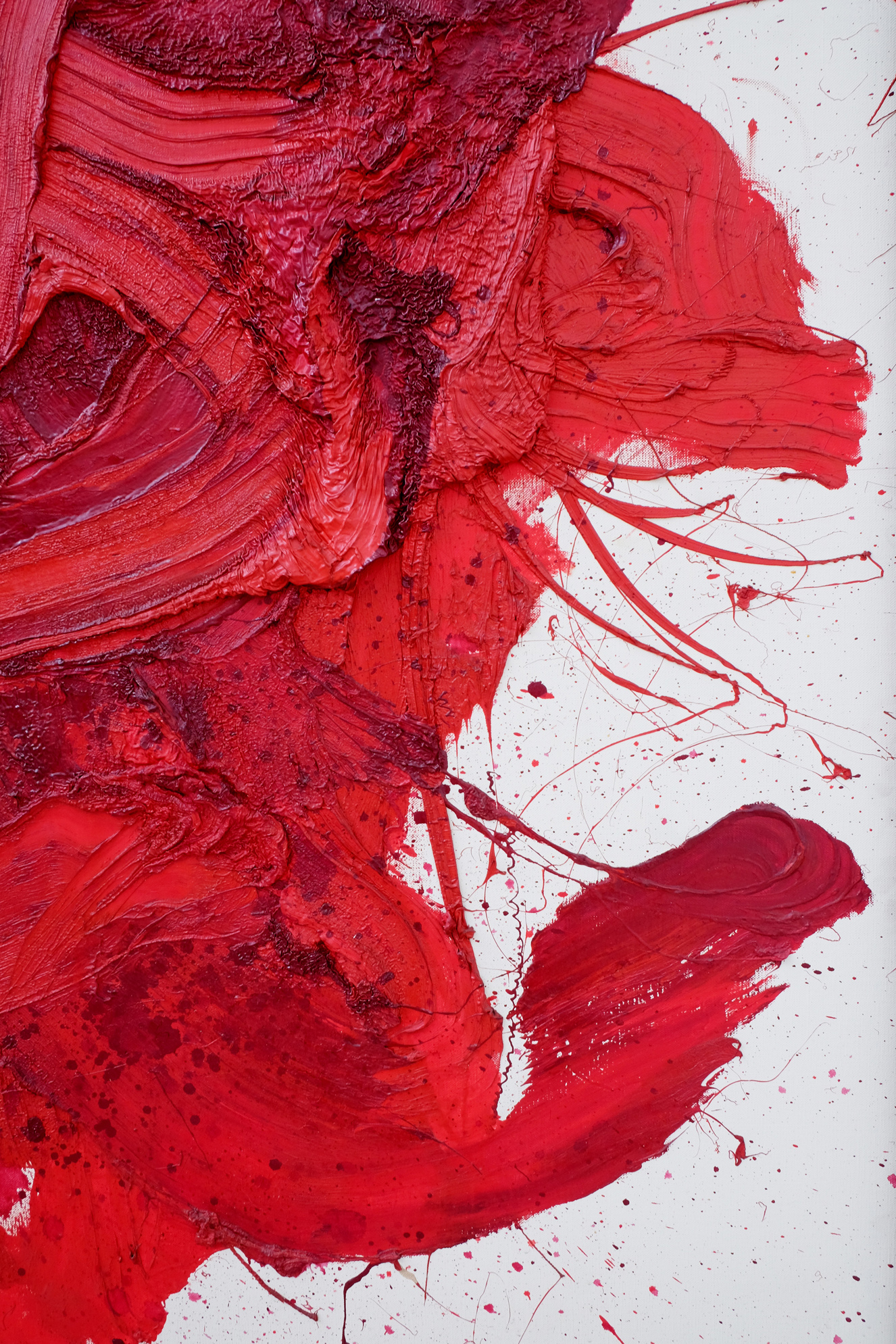 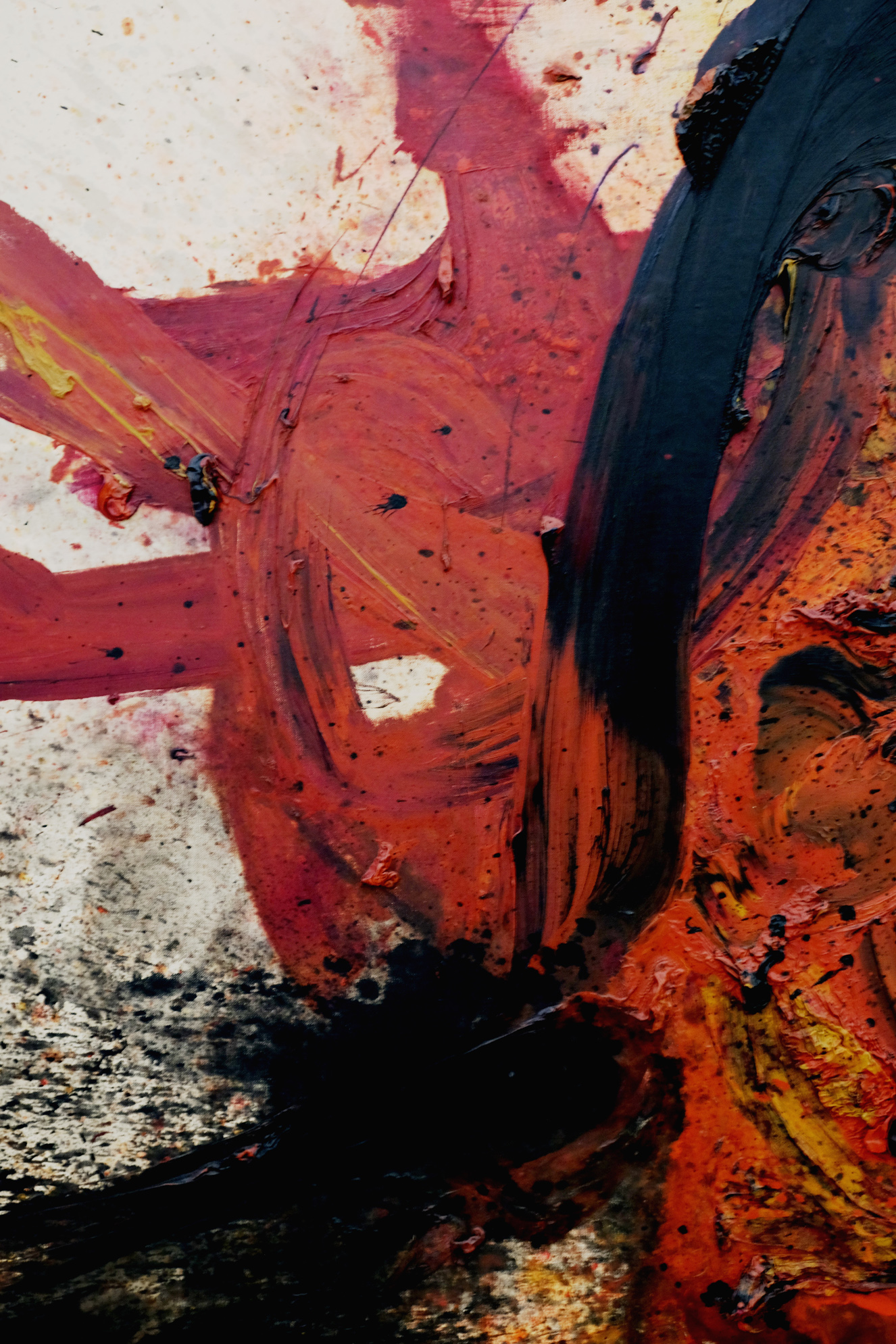 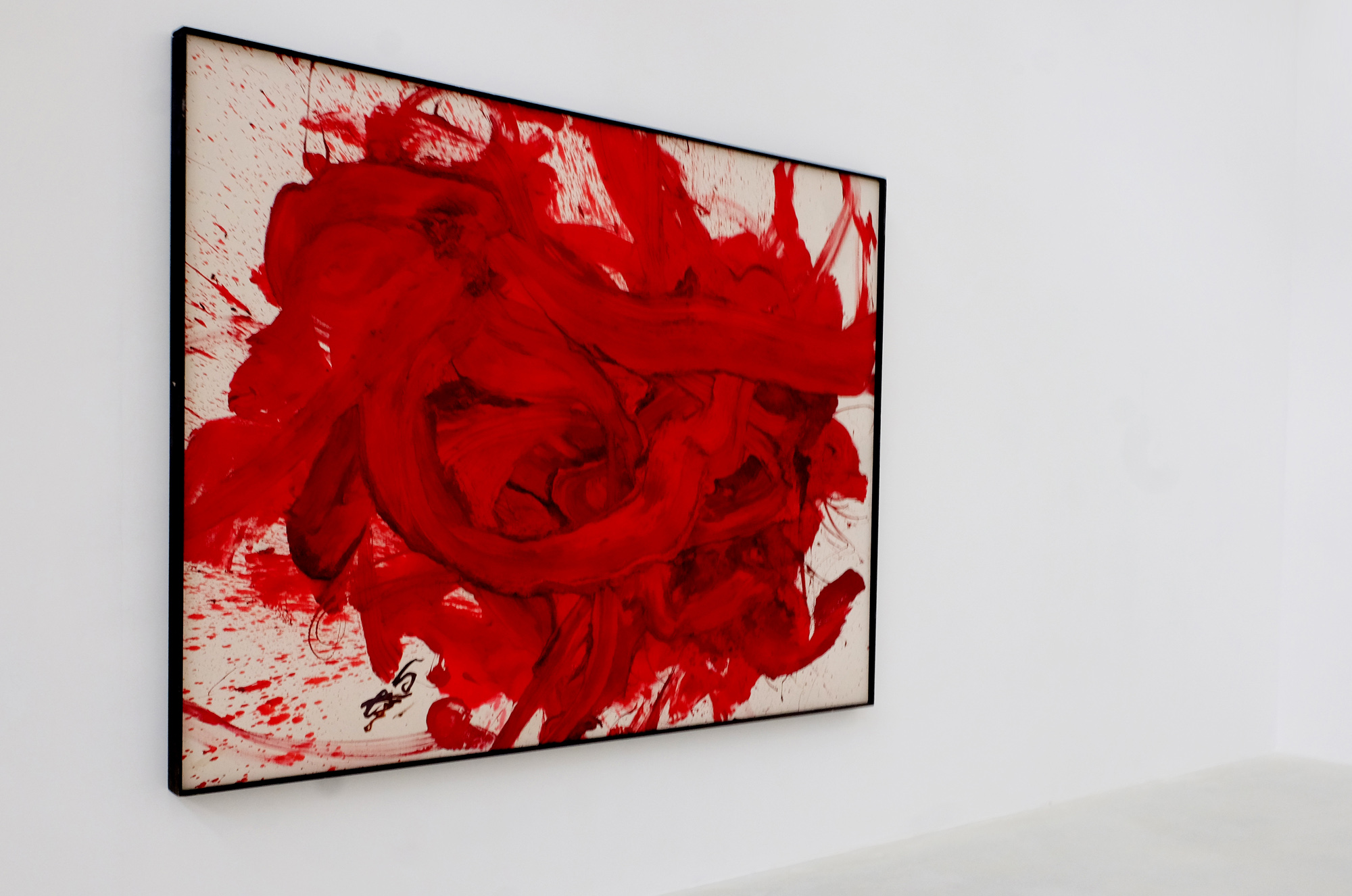 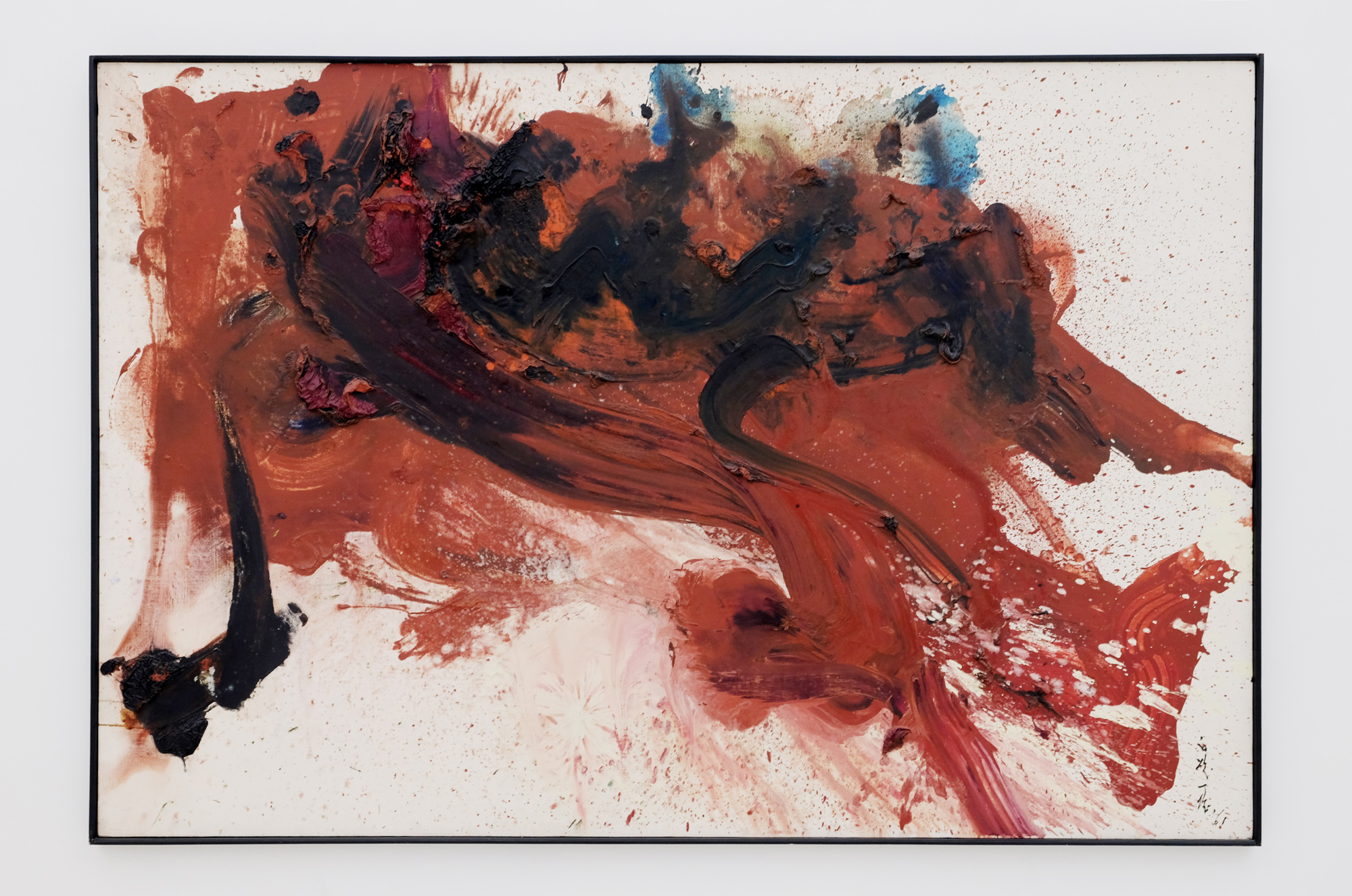 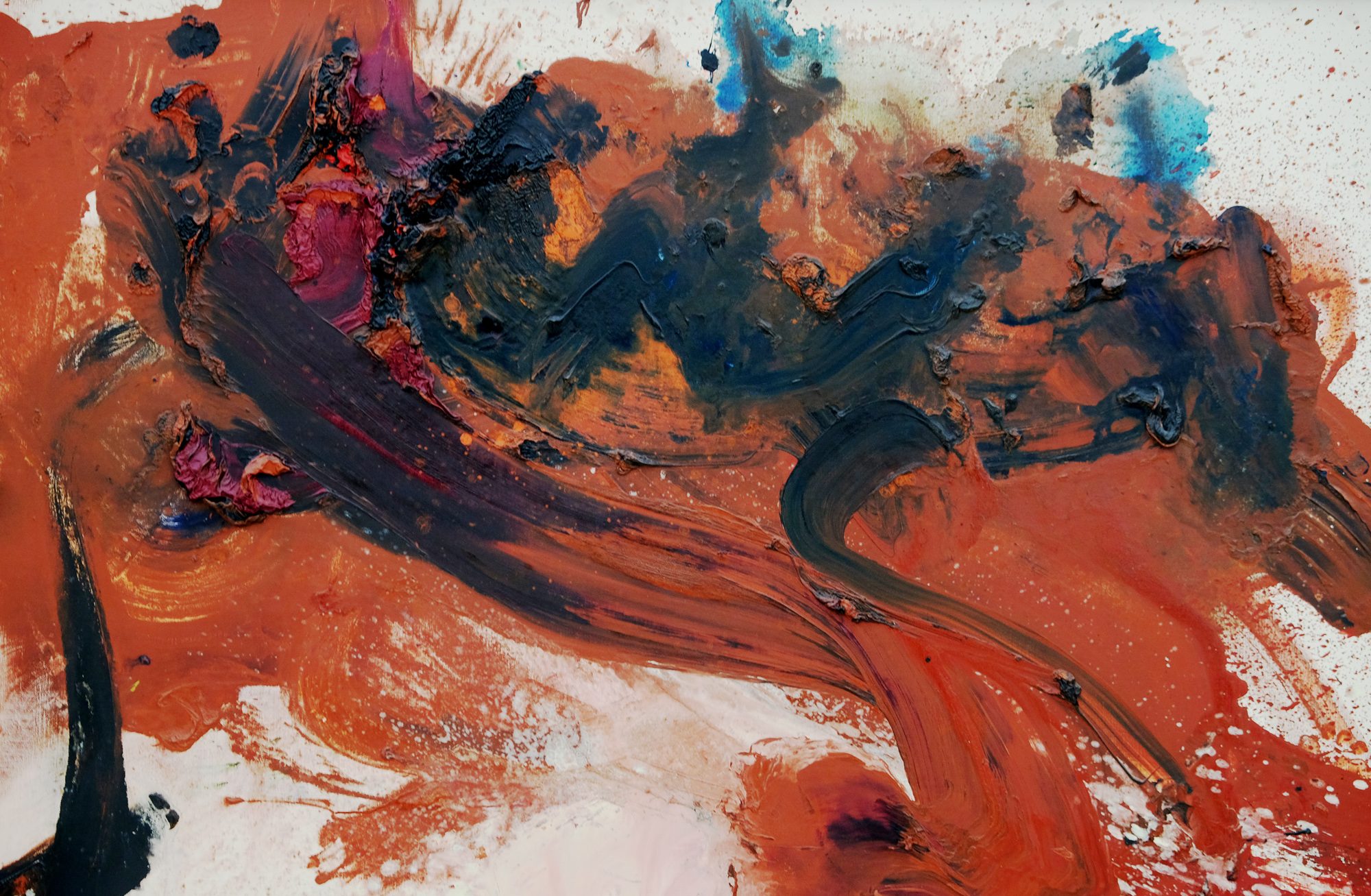