An avalanche it’s an exquisite case of force majeure. It is an unavoidable accident that causes unpredictable effects beyond any form of control.

The power, dynamics and unexpected nature of avalanches are the curatorial point of departure for  Avalanche, the second winter exhibition curated by Neville Wakefield and Olympia Scarry for Elevation 1049. This year the biennial art event that takes place in and around Gstaad is featuring an international program of sculpture, performance, video, sound installations and site-specific works that somehow interact with the surrounding environment in a rather uncanny yet fascinating way. Each work on show seems to suggest a suspension of the viewers’ belief by asking them to sacrifice realism and logic in order to take part into their eerie narrative. Actions and situations are interrupted: there is an element of mystery that let the public wonder what happened before and what’s going to happen next. Upredictable phenomena, like avalanches are. This concept is powerfully expressed by Nicole Wermers’s The Violet Revs (2017), situated in a deserted pavilion terrace next to an iced-over swimming pool. A collection of cheap plastic chairs are reserved by black leather biker jackets but there is no sign of the owners, as if they were taken away and may not return ever again. The same clash of fear, irony and suspance imbues Michaël Borremans’ sculpture of a human figure impaled in the pristine landscape overlooking the Videmanettepeak. The figure, derived from a series of paintings titled ‘Black Mould’, appears descended from the heavens: a beguiling outcast of the inner landscape where faith, morality and politics mesh and collide. Similar feelings are inspired by Douglas Gordon and Morgane Tschiember‘s performance ‘As close as you can…’ . The artwork was made using fire, smoke and sound a call and response between two artists which revisited the beautiful but terrifying mountain landscape around Gstaad. As a matter of fact lonely travellers will often seek the companionship of another. The question is whether this relationship—the call and response—is based on desire, fear and excitement of the unknown.

The anti-monumental aspect of Elevation 1049 associated with the instability and temporarily transformative effects of snow points out the ephemeral and transitive nature of contemporary art, while unveiling its extraordinary power when liked with nature. 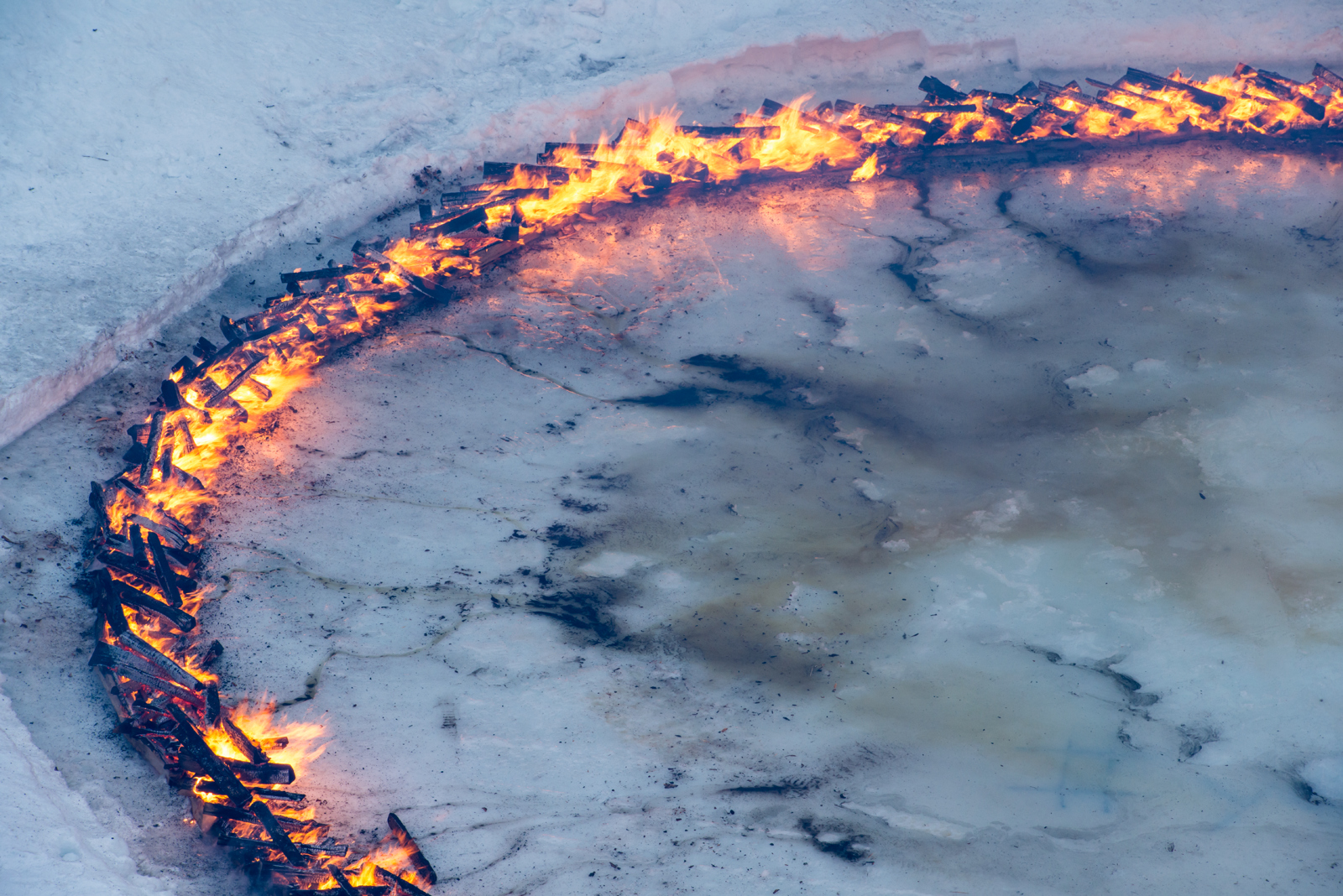 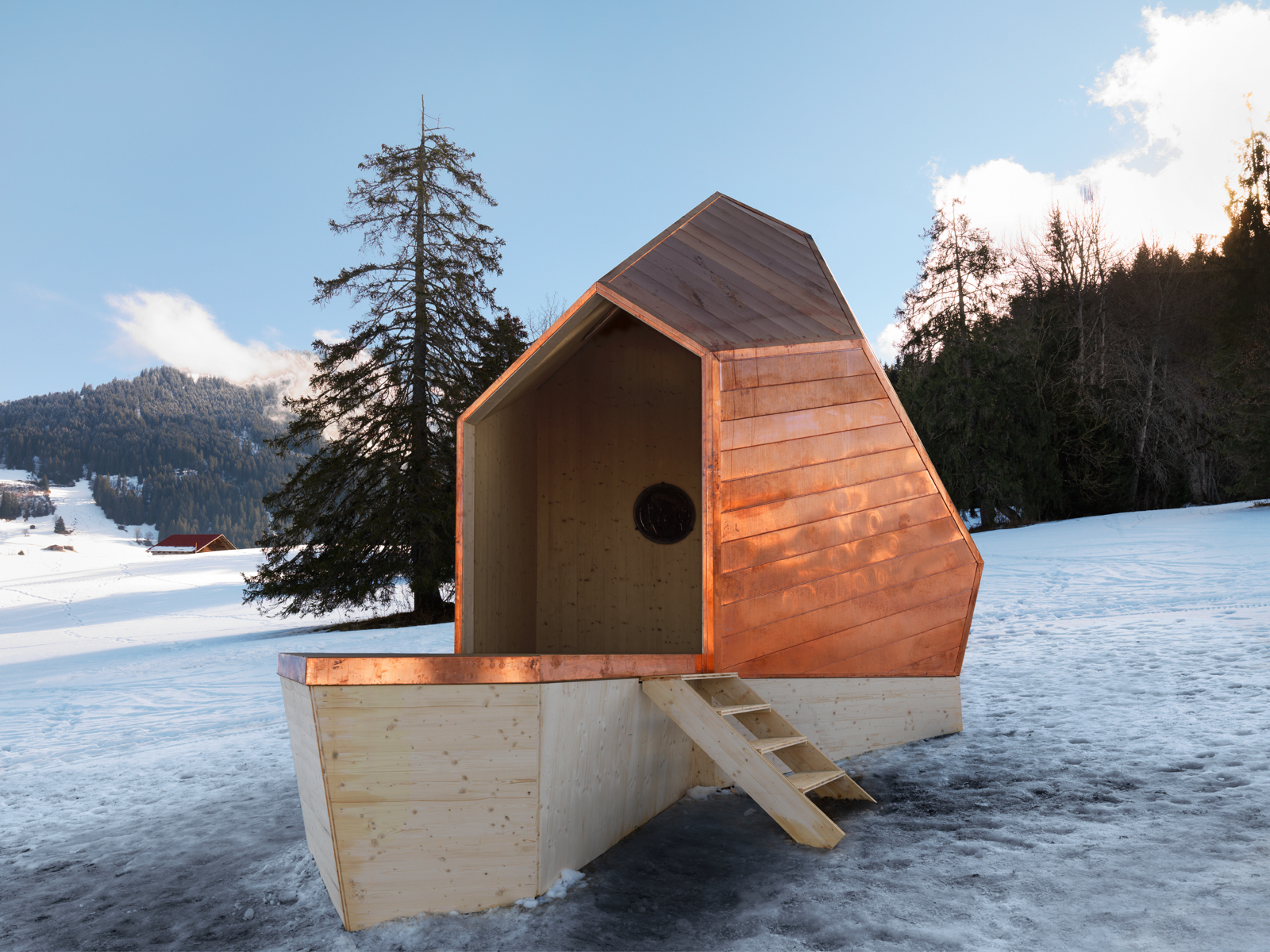 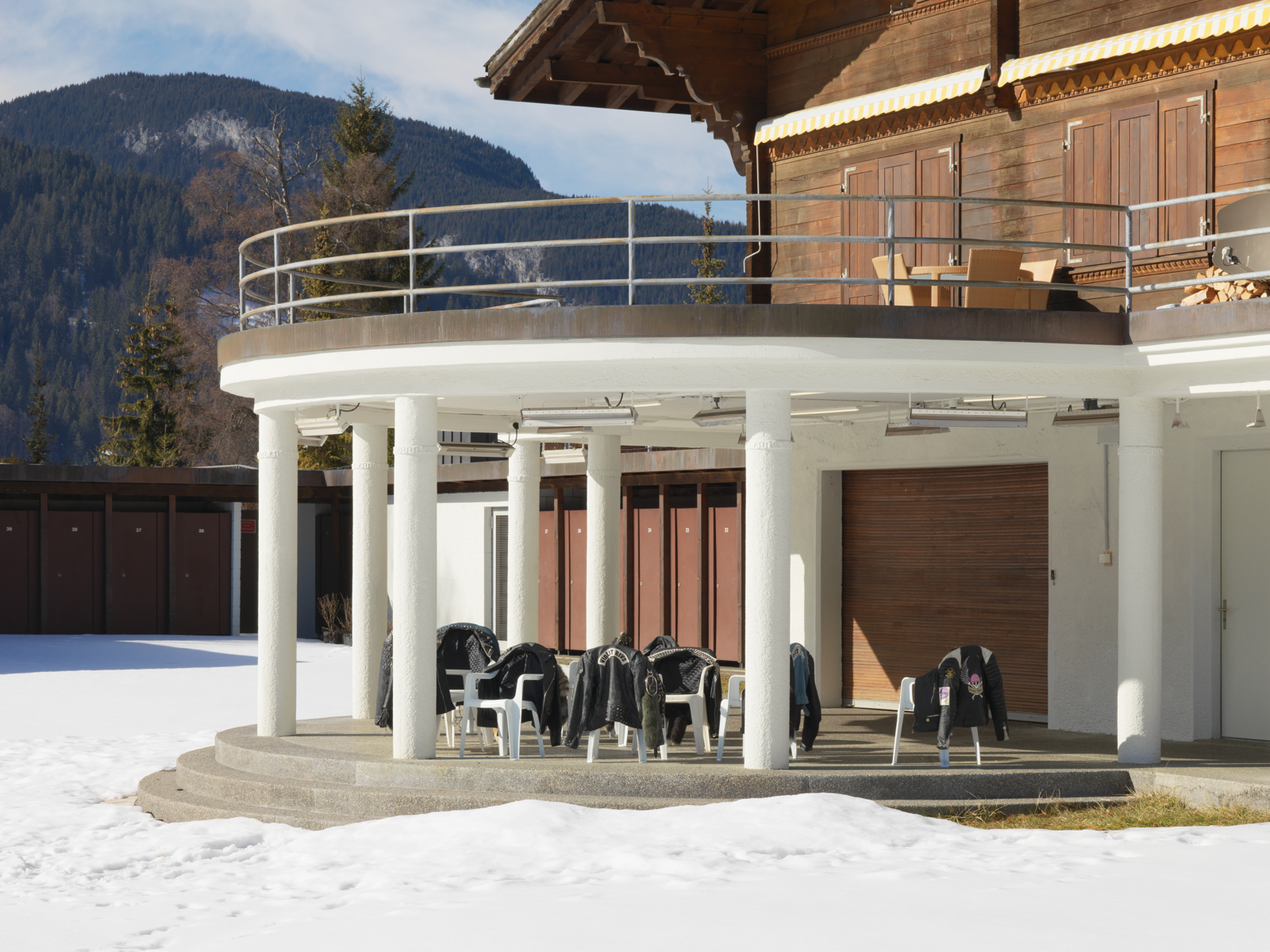 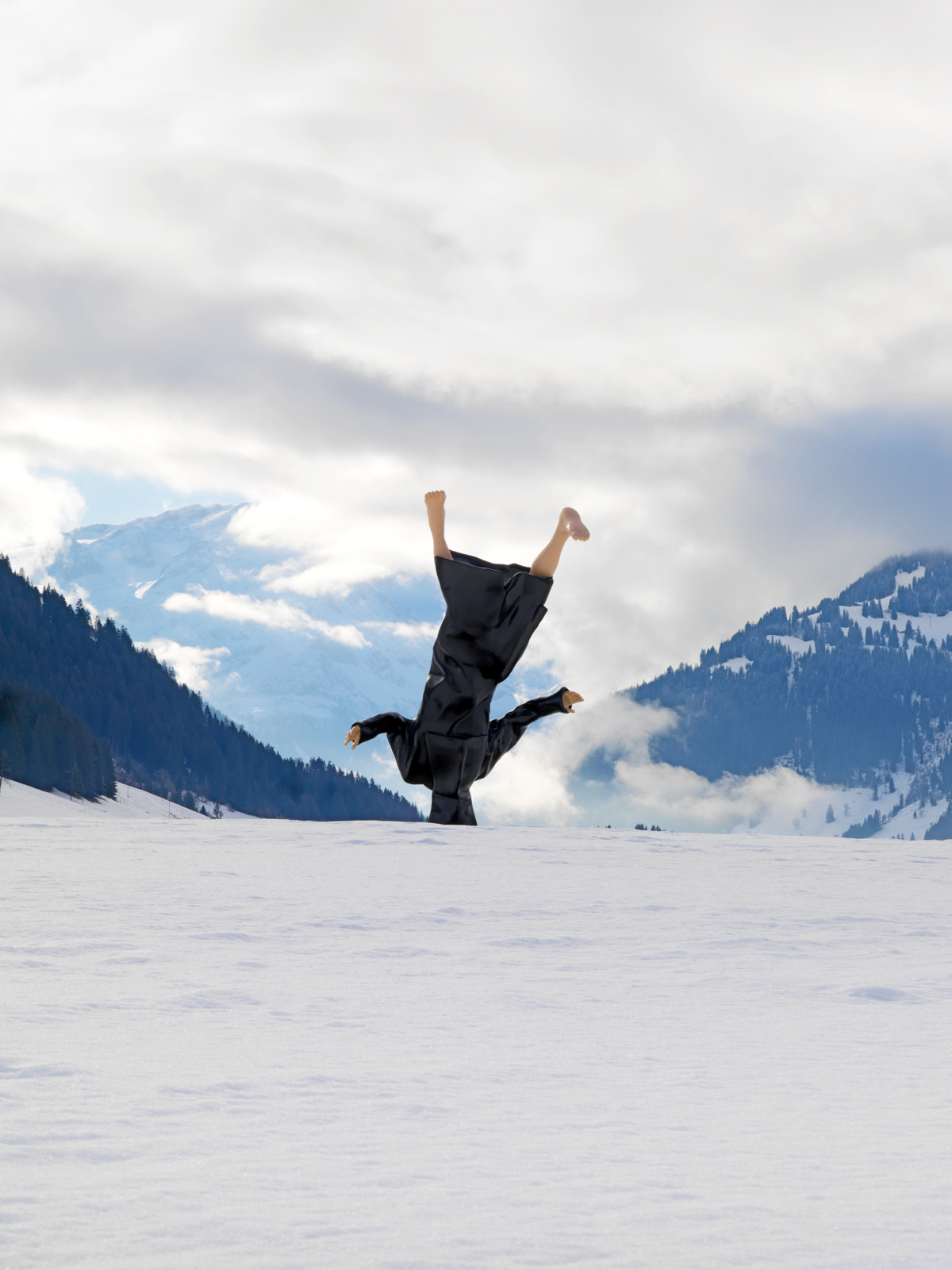 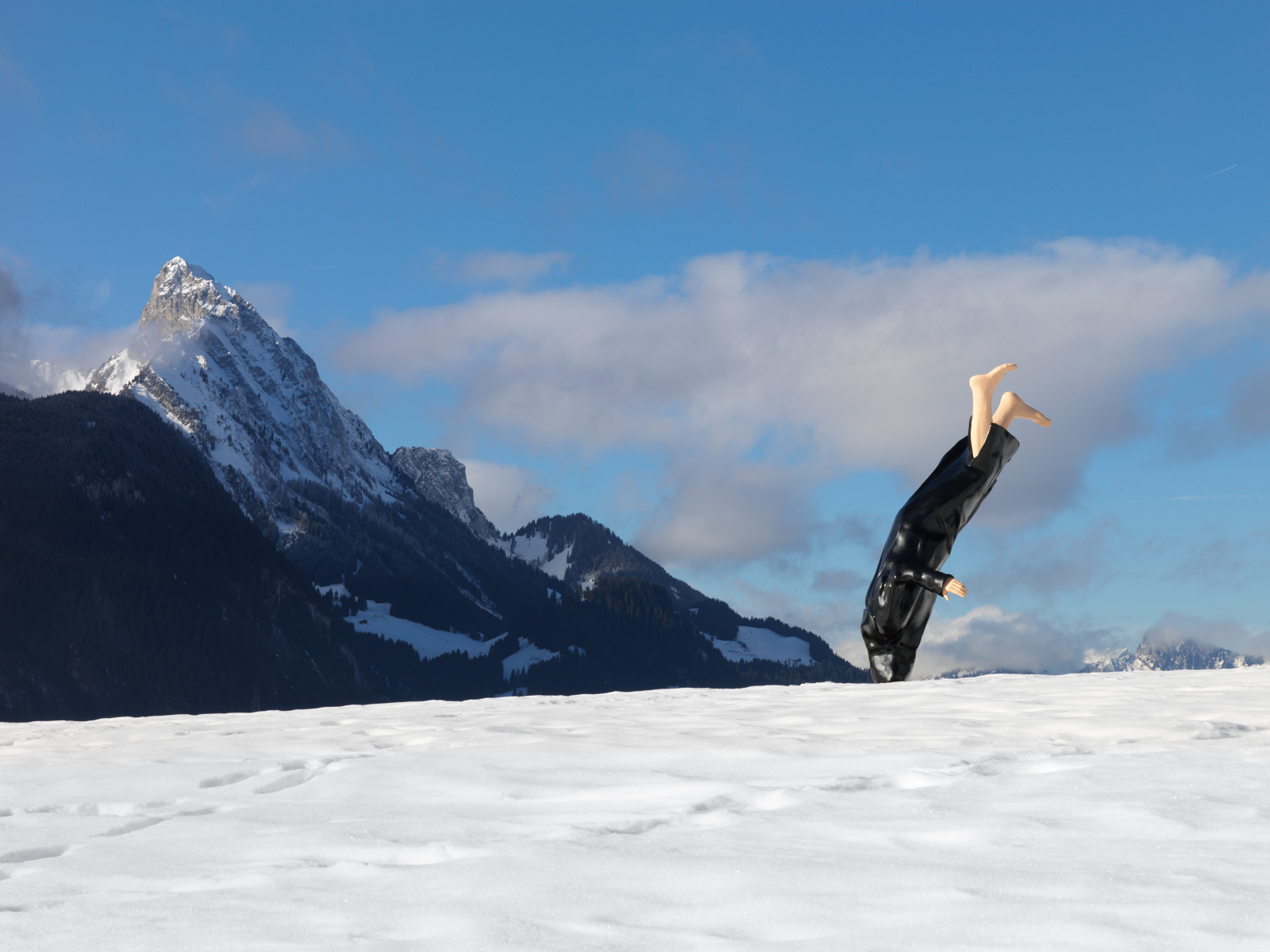 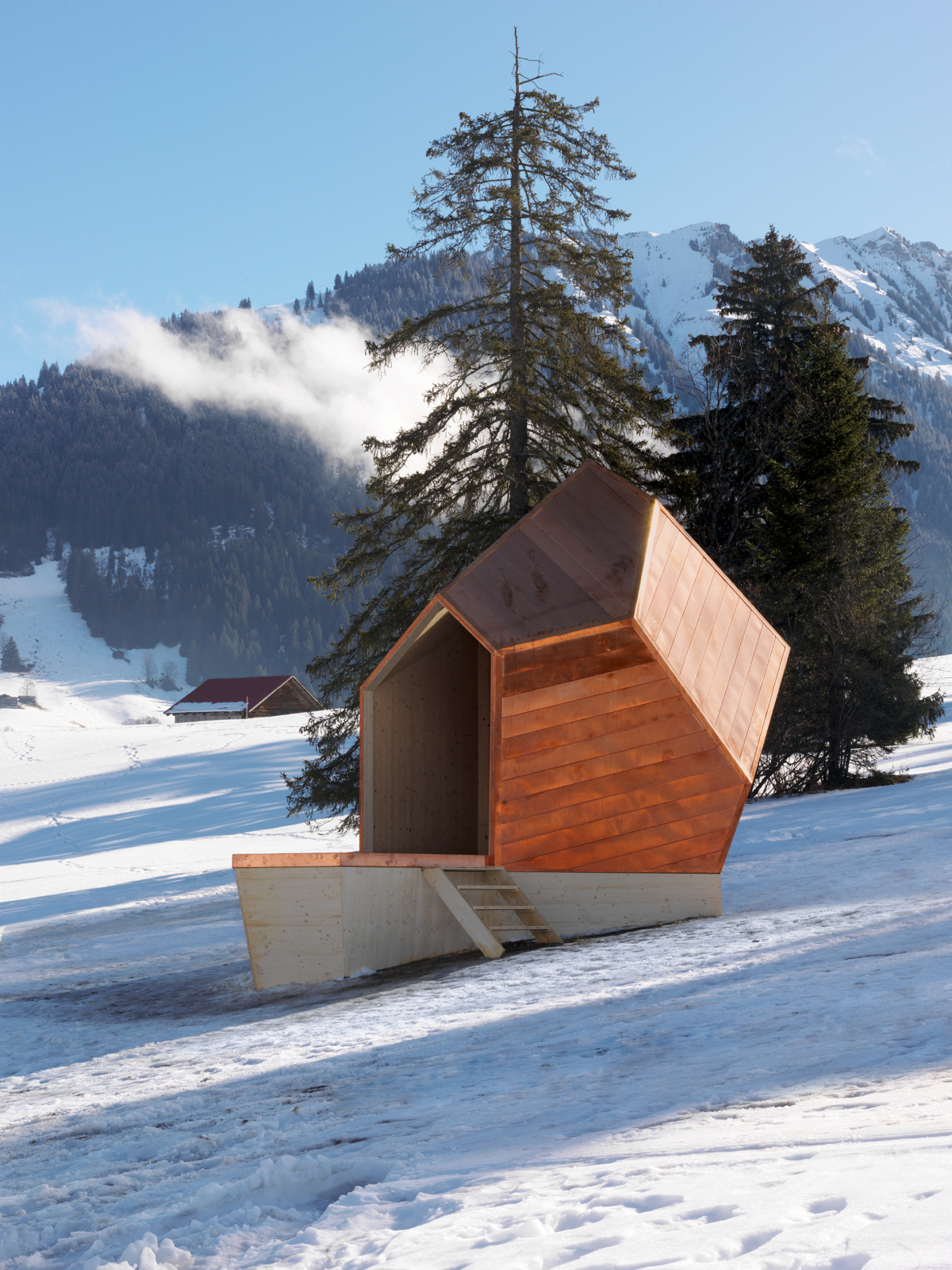 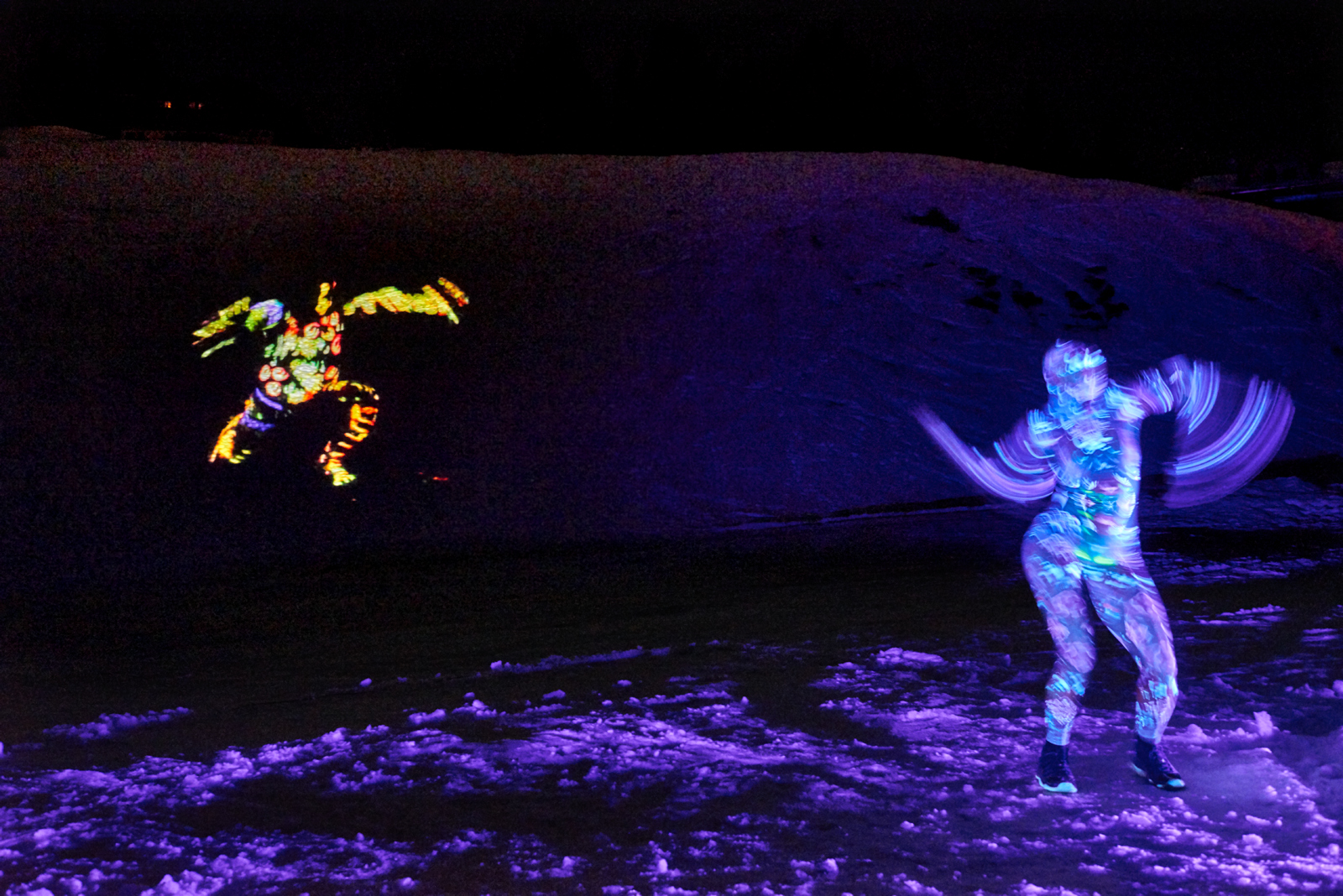 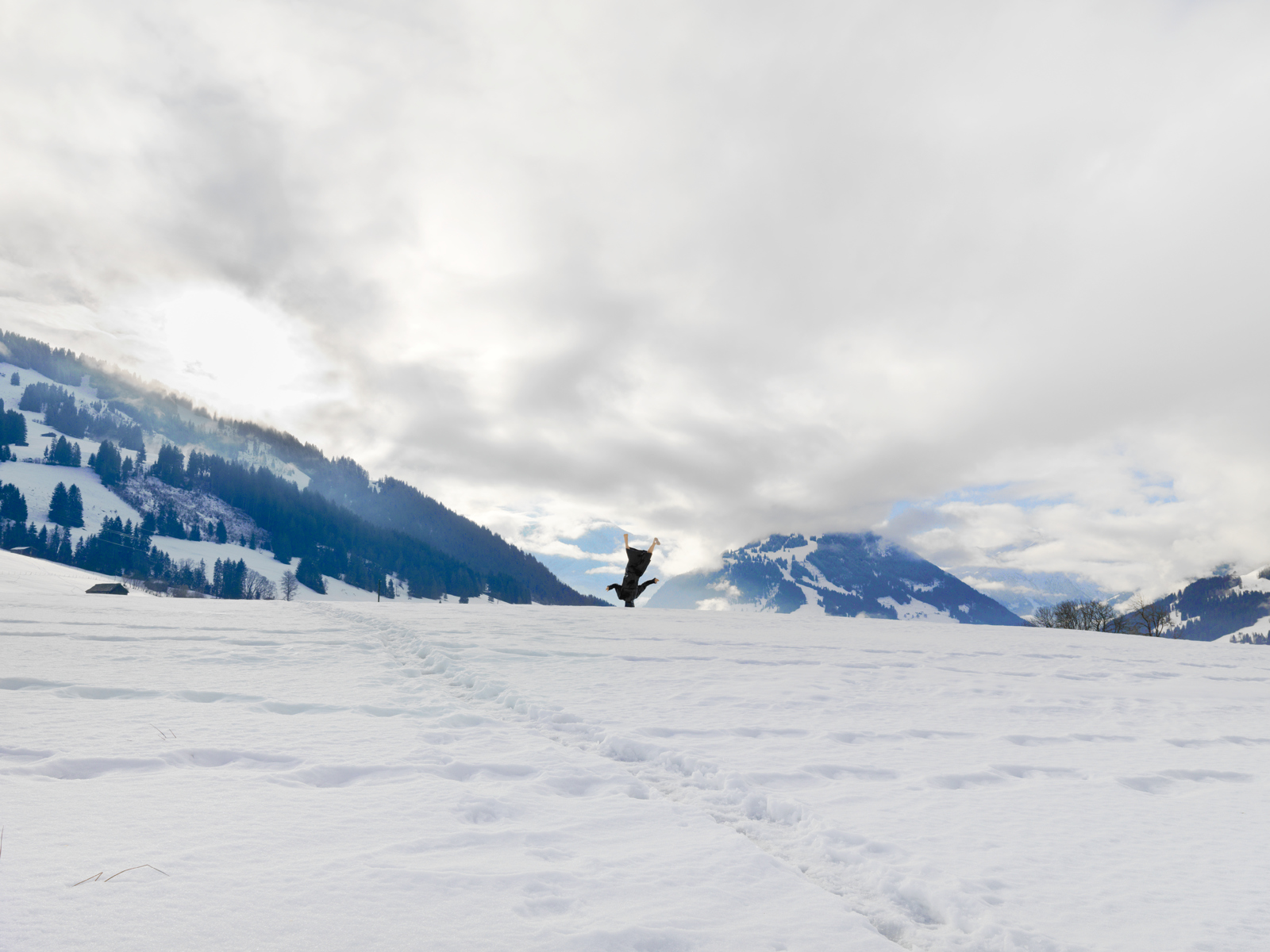 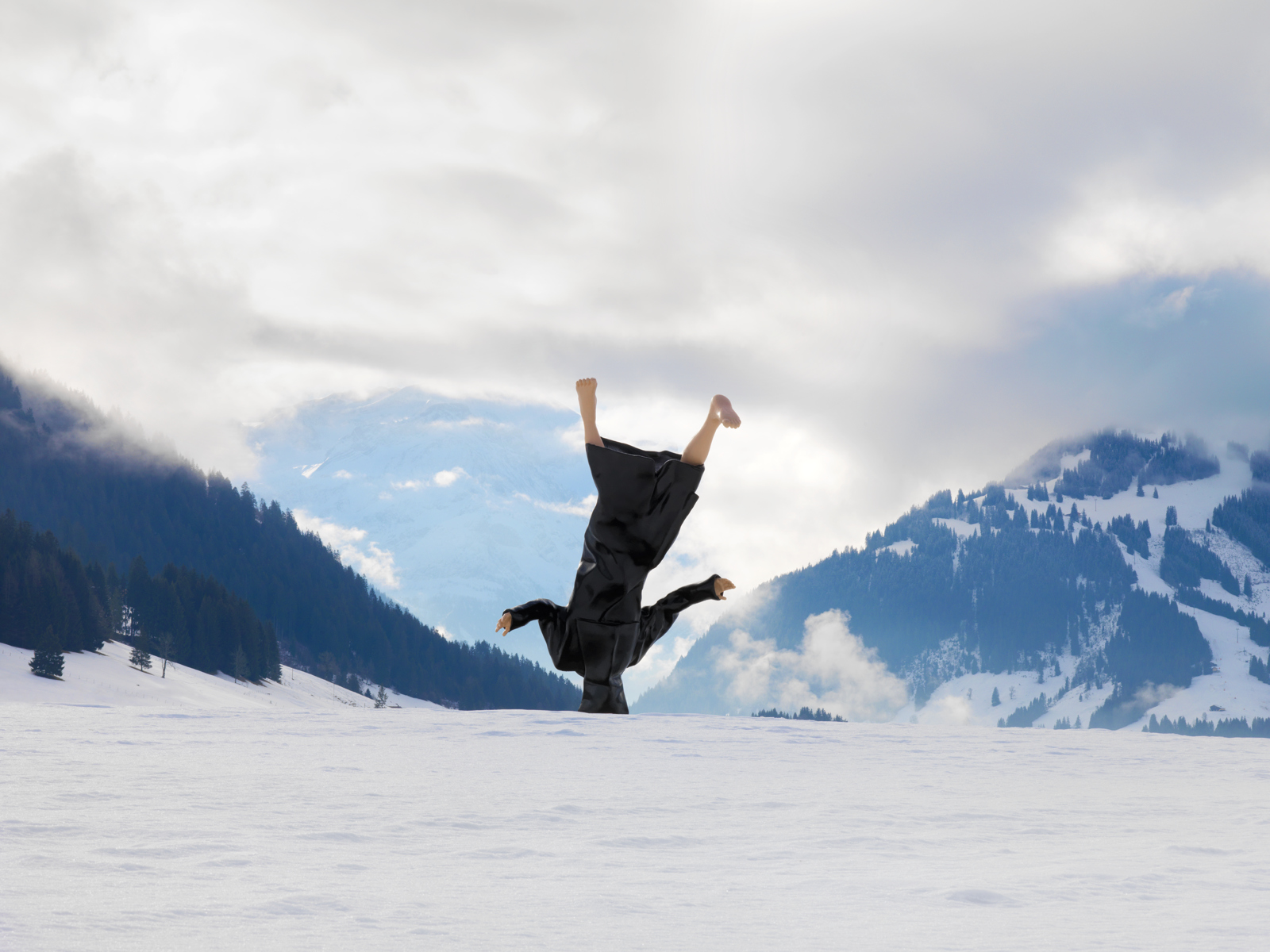 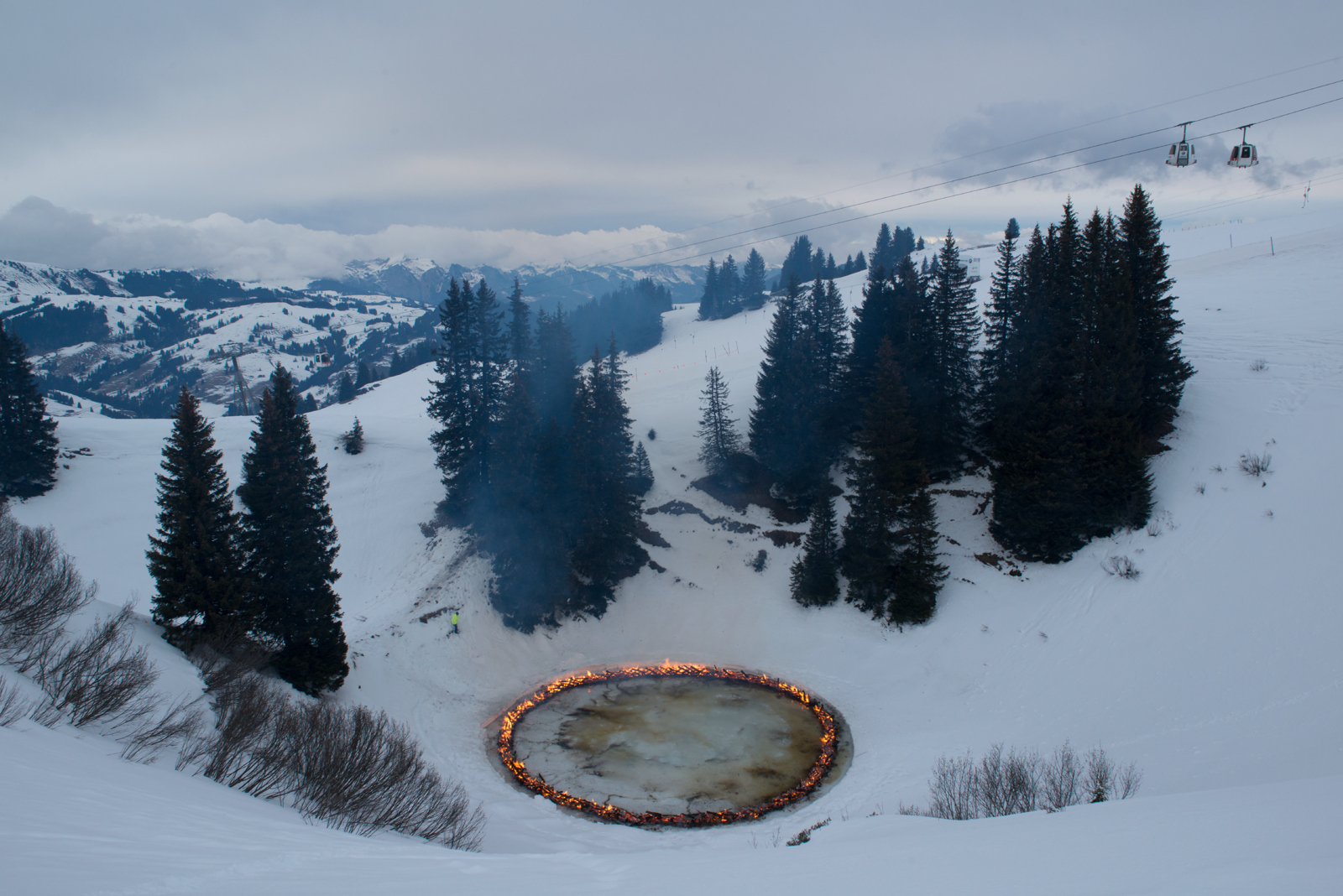 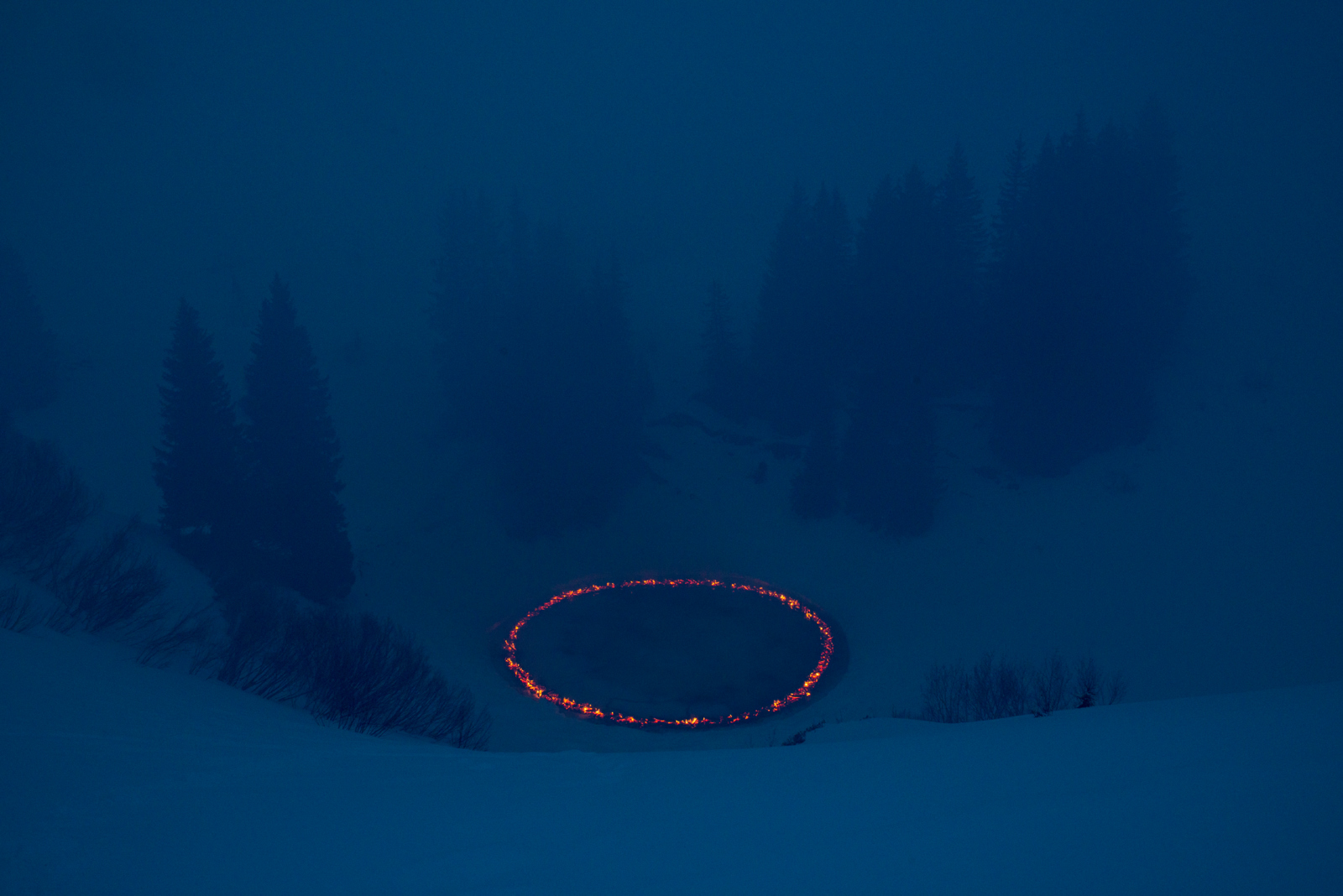 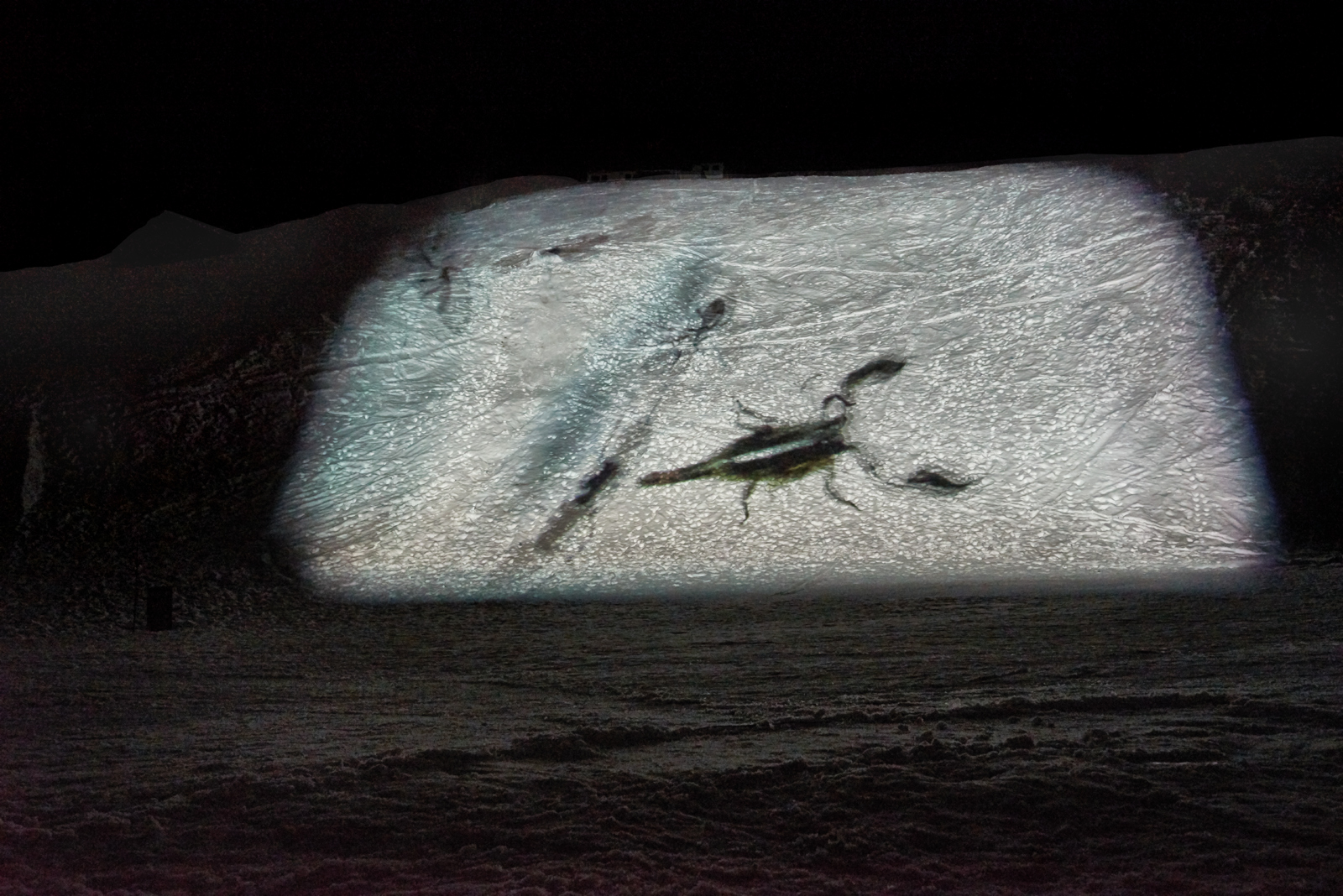 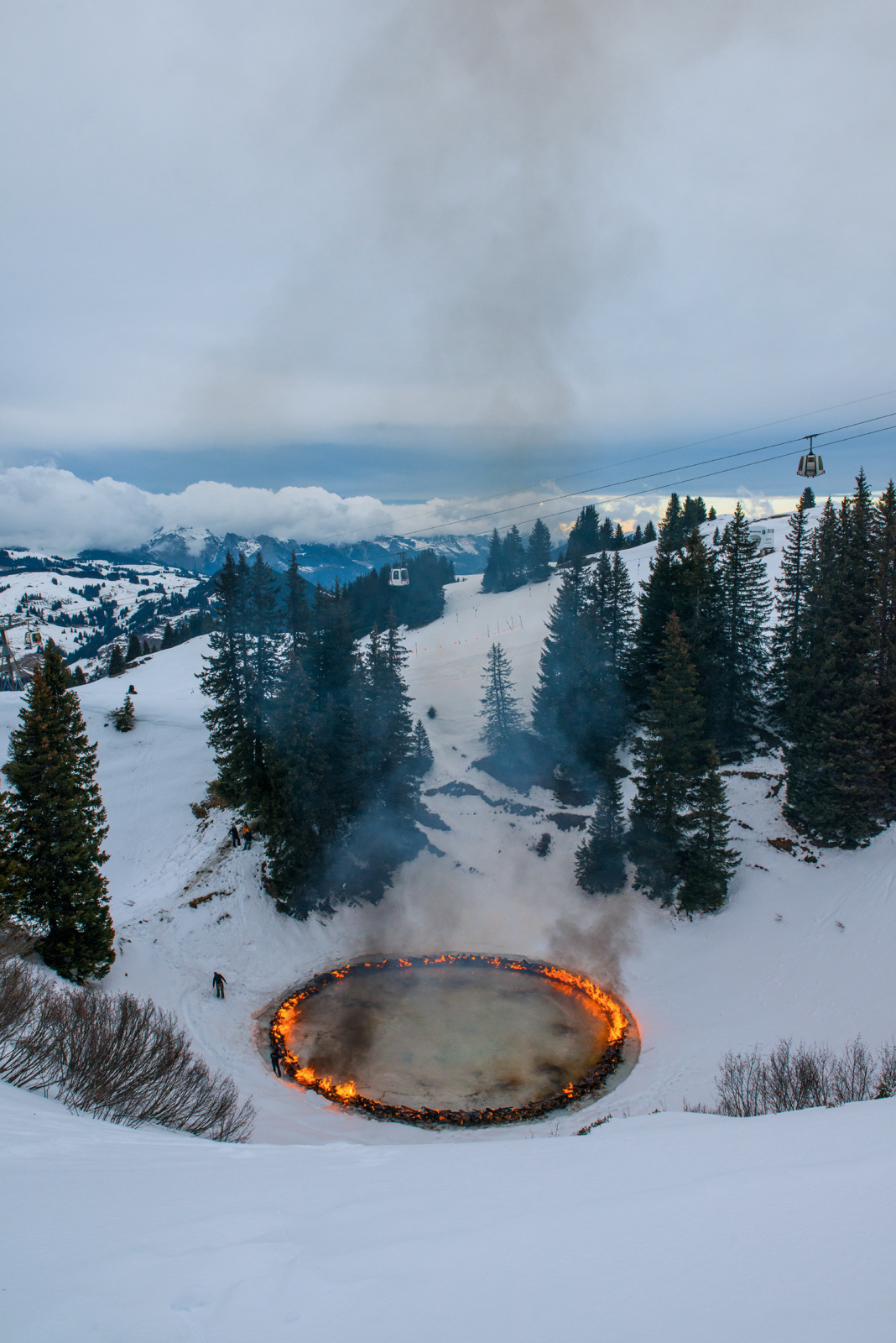