On the occasion of the 100th anniversary of the birth of the Italian architect and designer Ettore Sottsass, Fondazione Cini presented the exhibition The Glass | Le Stanze del Vetro, to celebrate the artist’s glass and crystal production and honor his legacy. The showcase features over 200 items – many of them being presented publically for the first time – and it has been curated by Luca Massimo Barbero, director of the institute of art history of Fondazione Giorgio Cini.

Sottsass was deeply fascinated with the the glass production and he collaborated with the famous glassmakers on the Venetian island of Murano in the 1940’s to produce his first glass sculptures, later on presented at the 1948 Venice Biennale. After that he kept on growing and refinining his series of glass pieces for several decades, while constantly challenging the traditional glassmaking with new techniques. He also struggled with finding the right creative definition to describe his visionary works. ‘I’ve tried to get away from the everyday object and sought to make glass works with a capital G. Of course, that’s a dangerous approach, because I don’t want to be an artist, or a sculptor, but in the end the objects I produce look like glass sculptures, and yet they aren’t: they’re a mix that’s hard to fathom.’ His pieces are complex organisms and engage the observer’s imagination as if they were fictional characters wanting to tell a story. The great assemblage of futuristic shapes, bright colors and patterns leaves an unforgettable visual impression, while being extremely playful. Sottass broke down the boundaries between art, design and craftsmanship by merging different medias such as glass, plastic and polycarbonates to bring his pioneering compositions to life. The glass eventually gets to reflect the real yet imaginary world locked inside the artist’s brilliant mind. 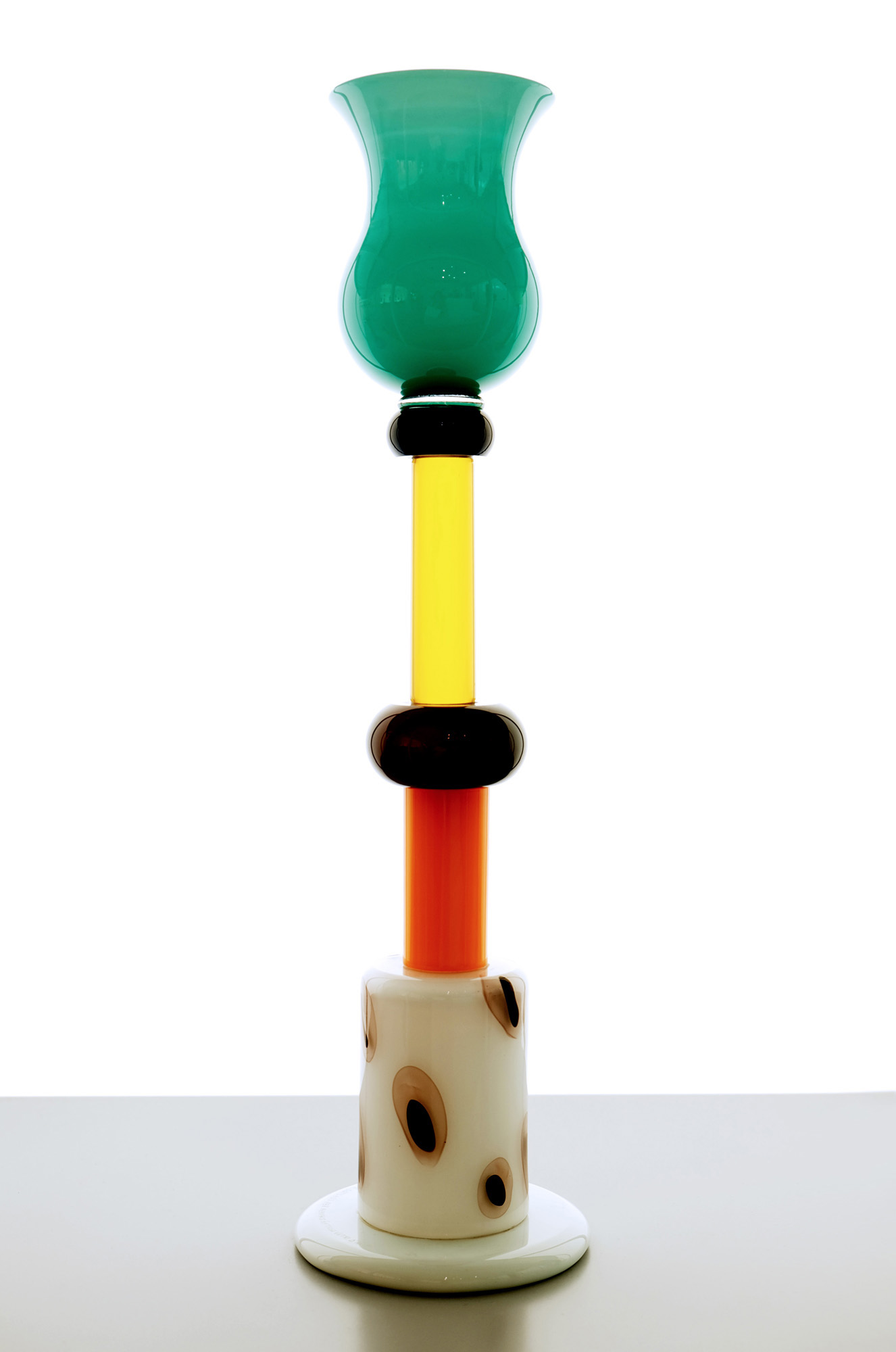 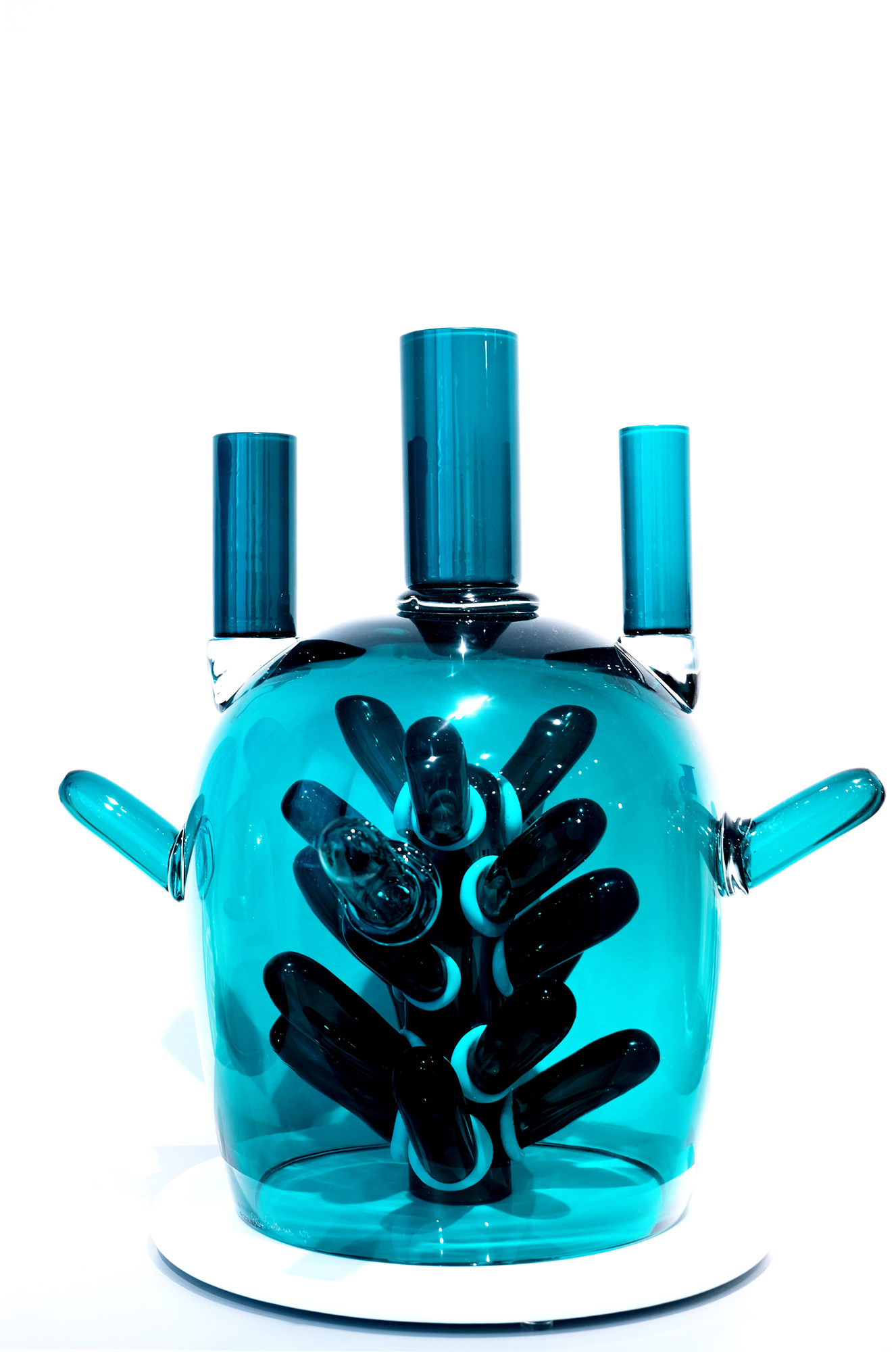 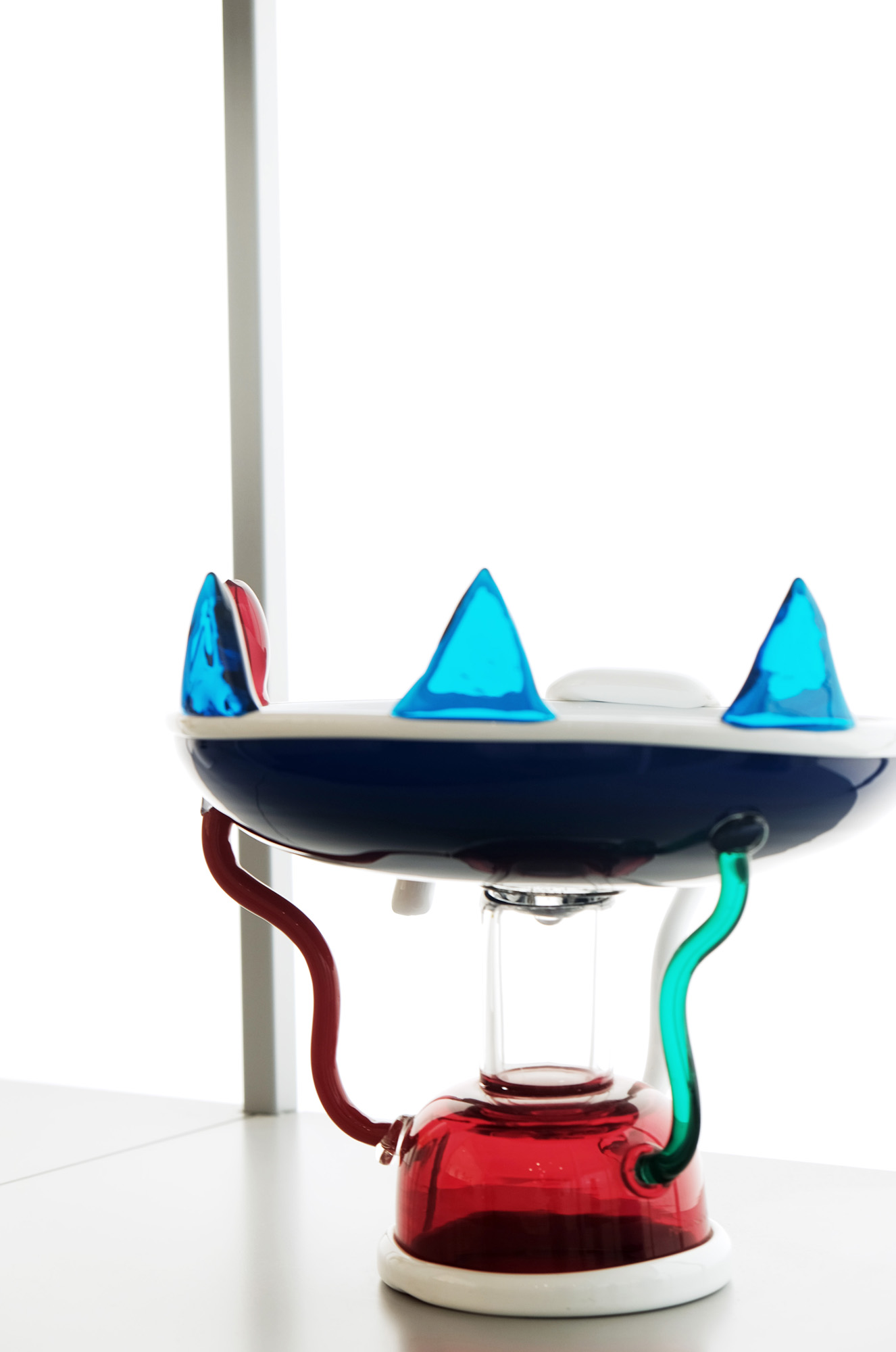 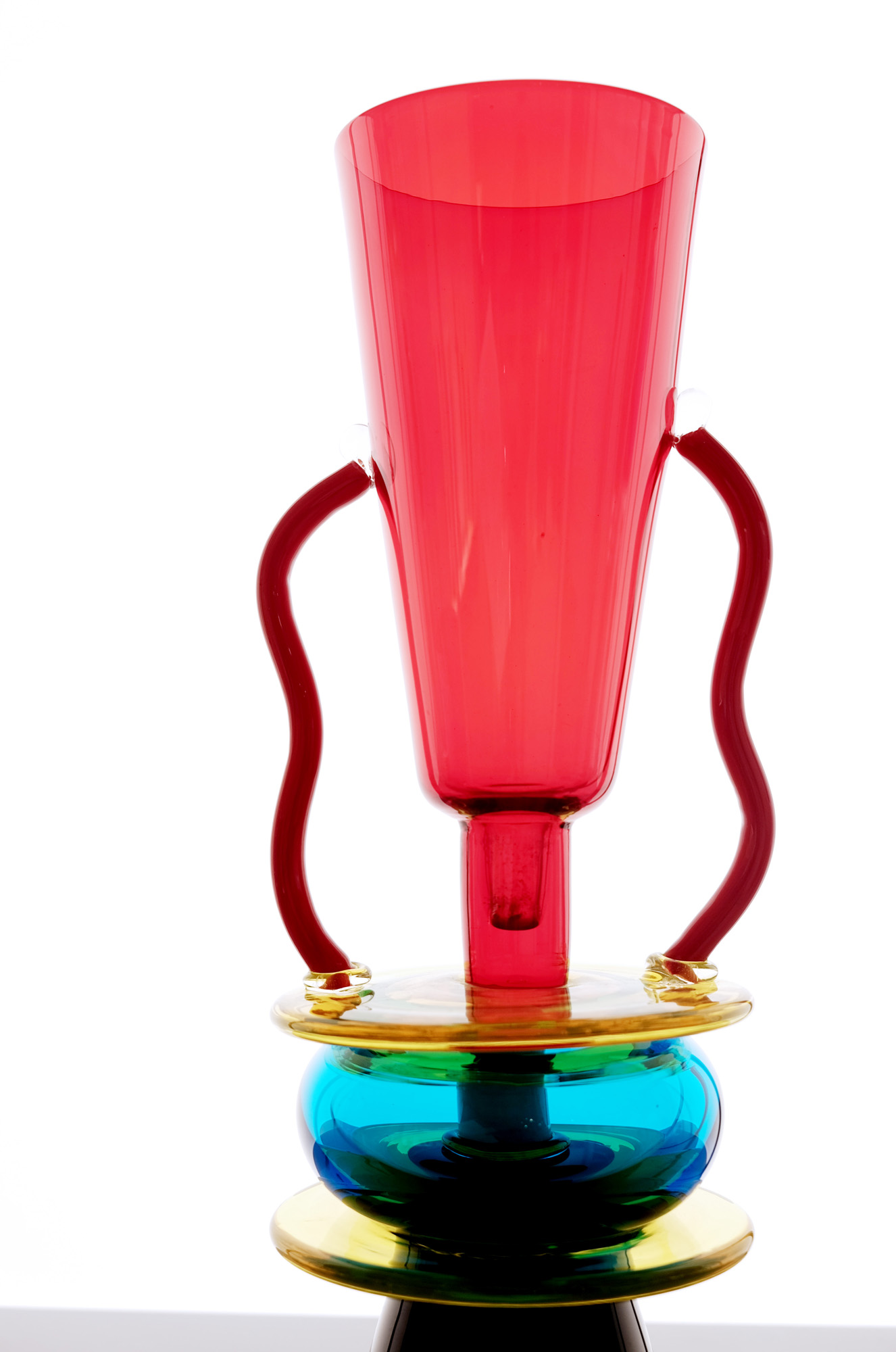 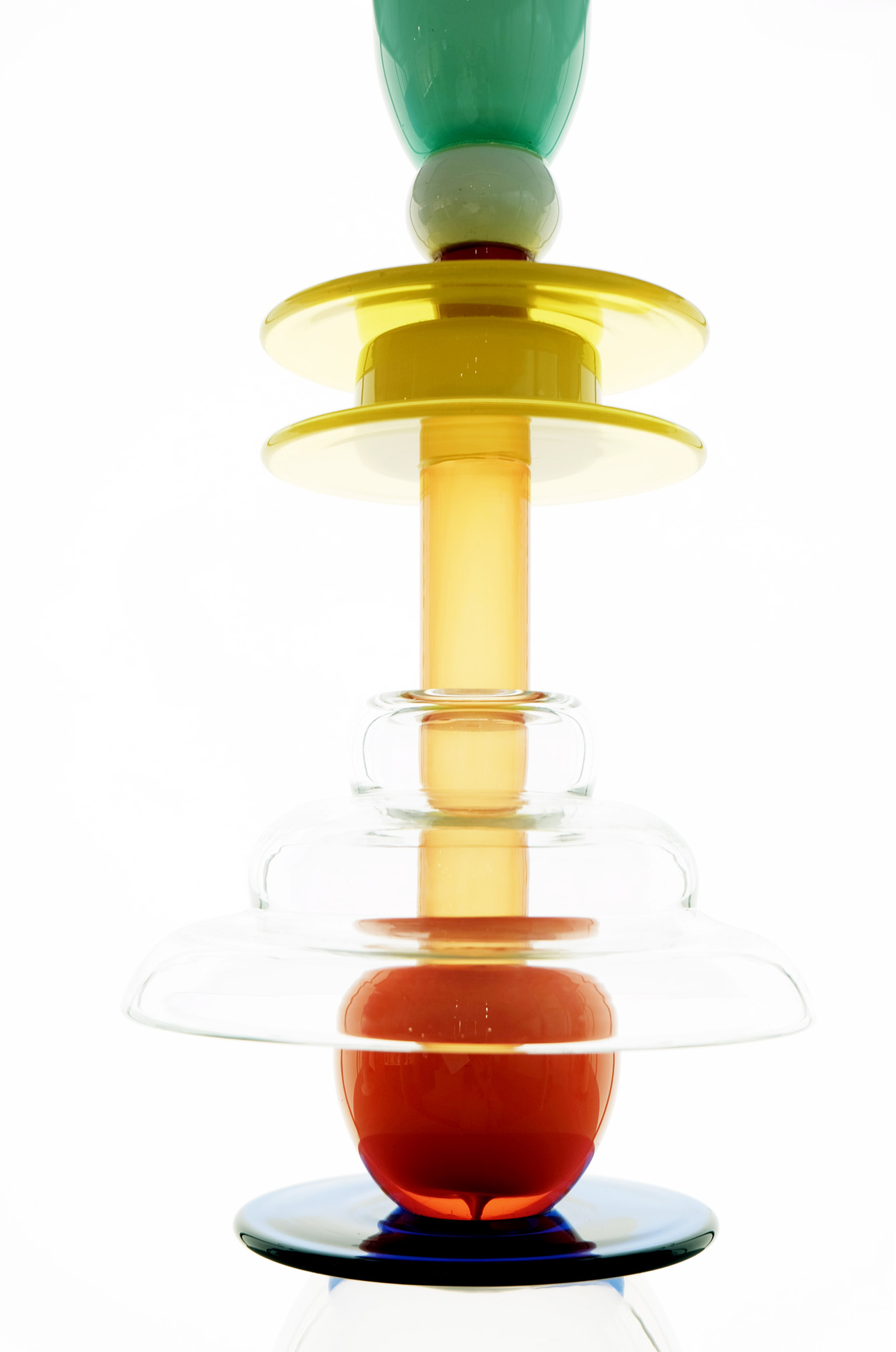 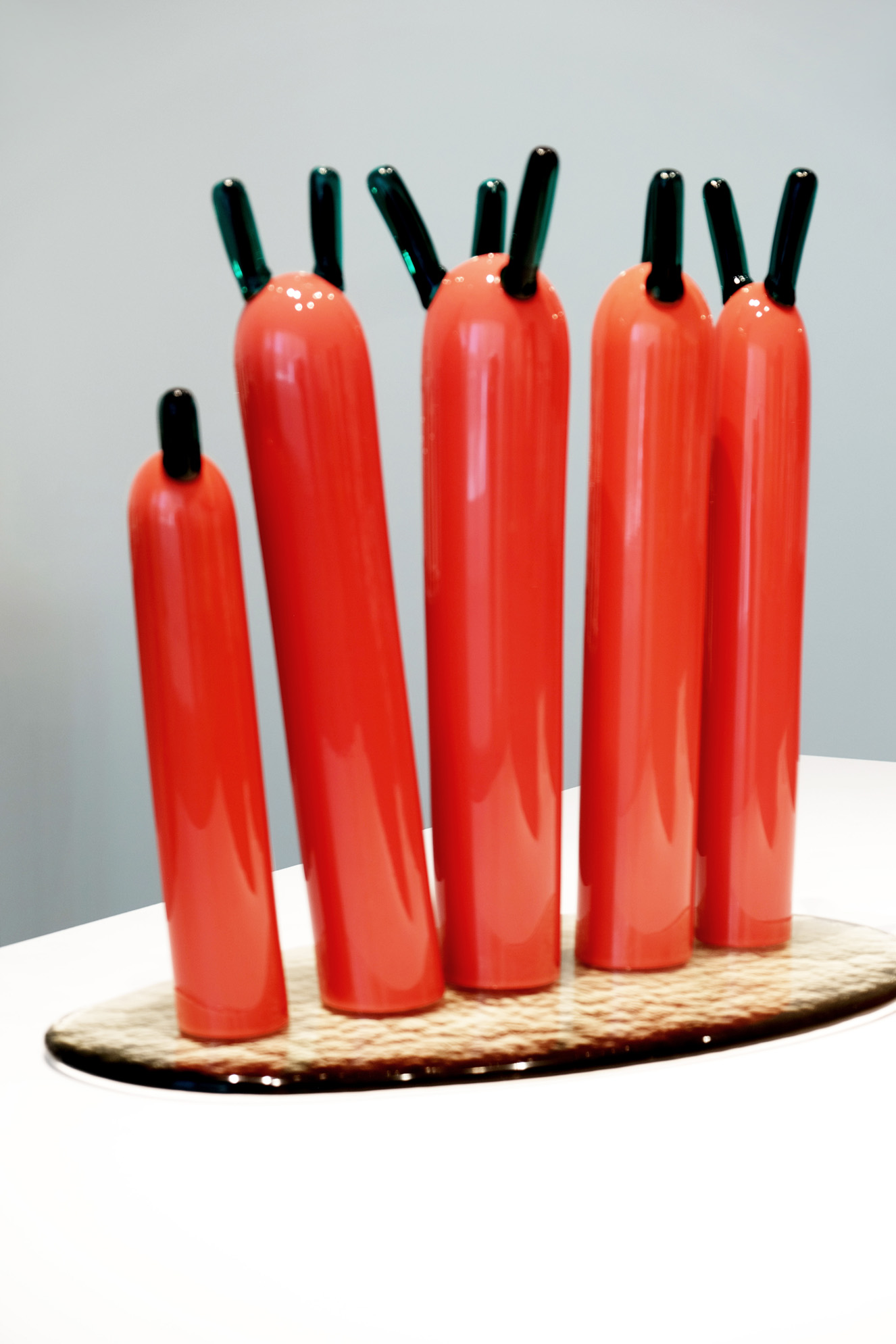 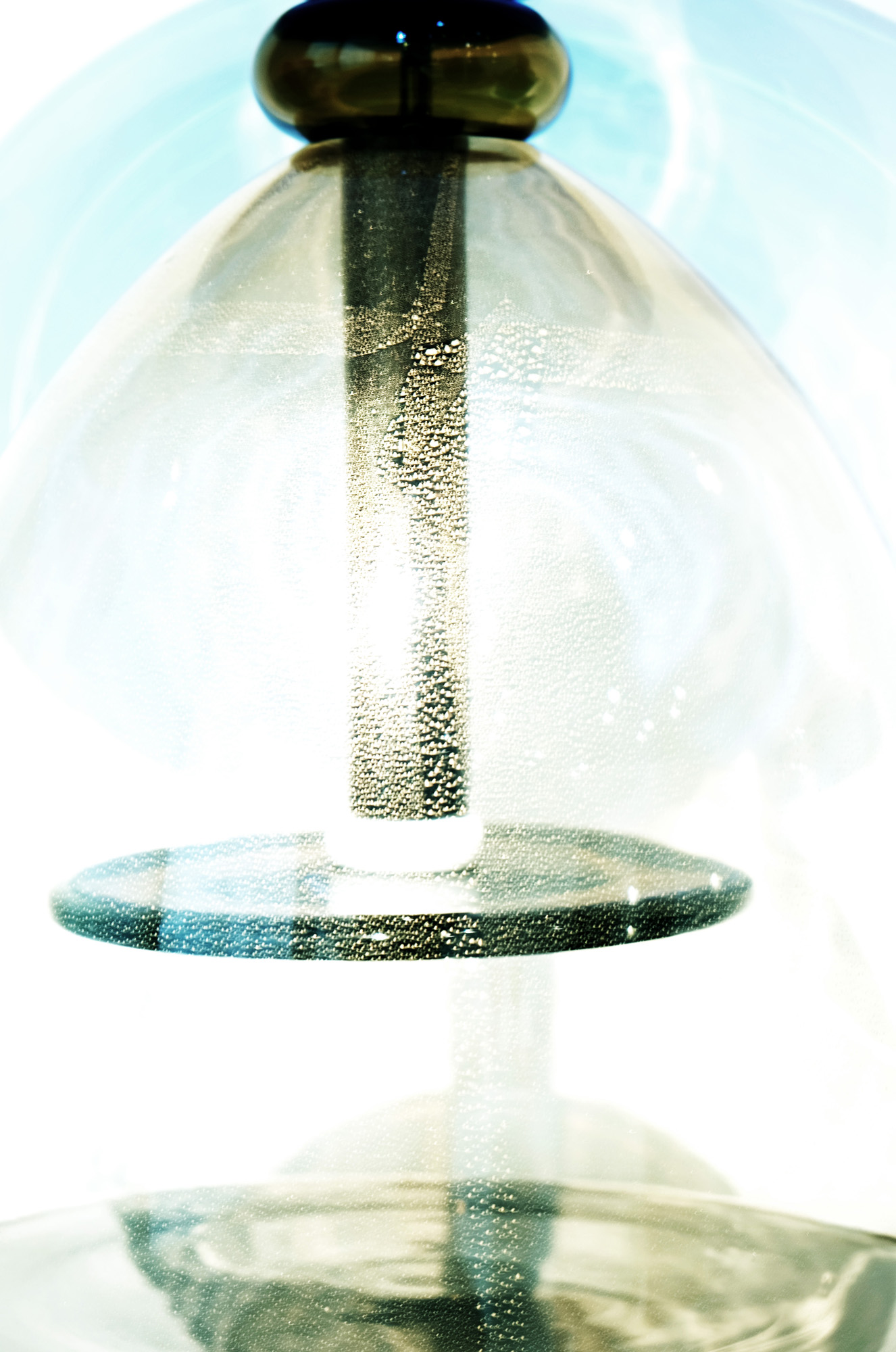 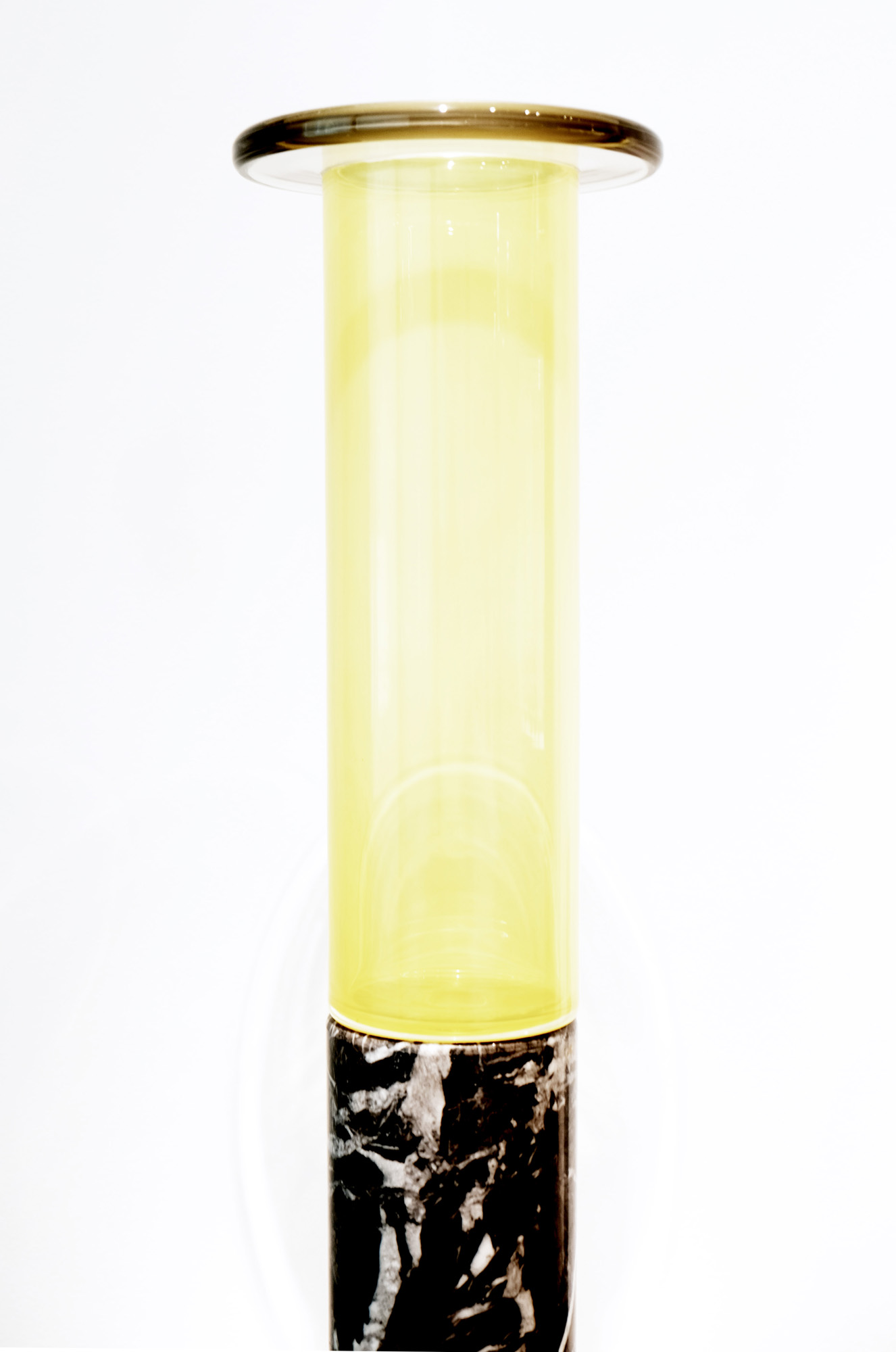 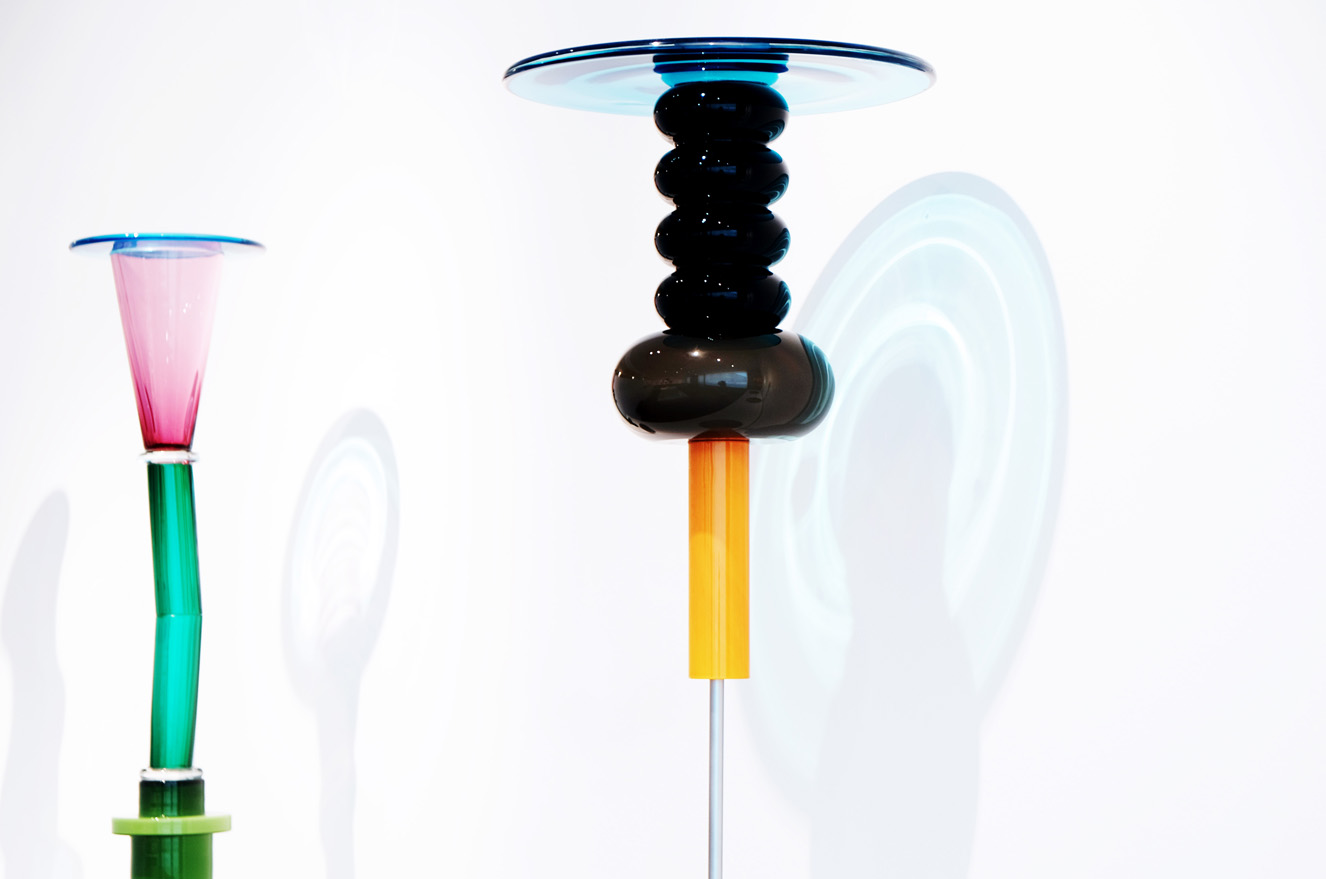 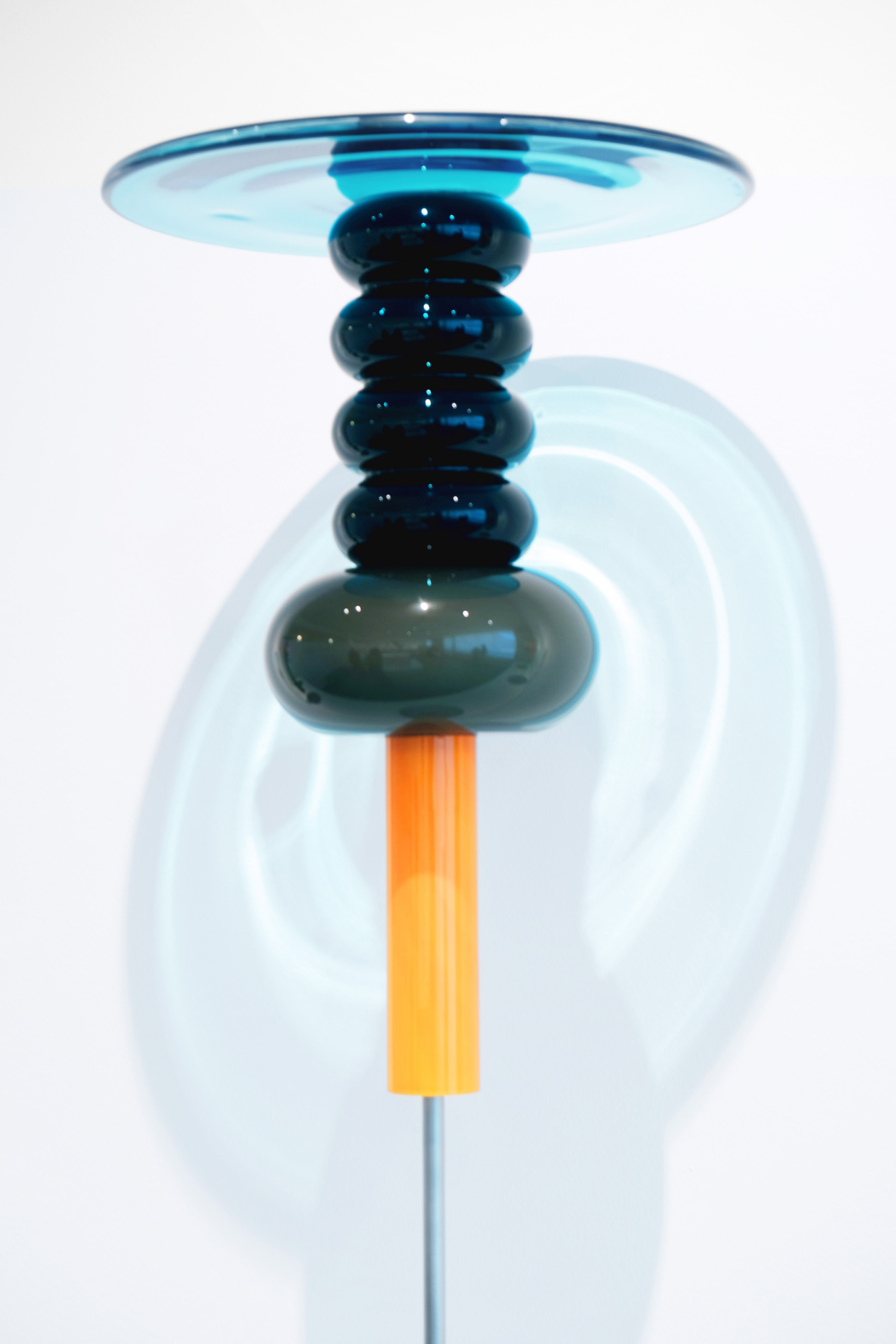 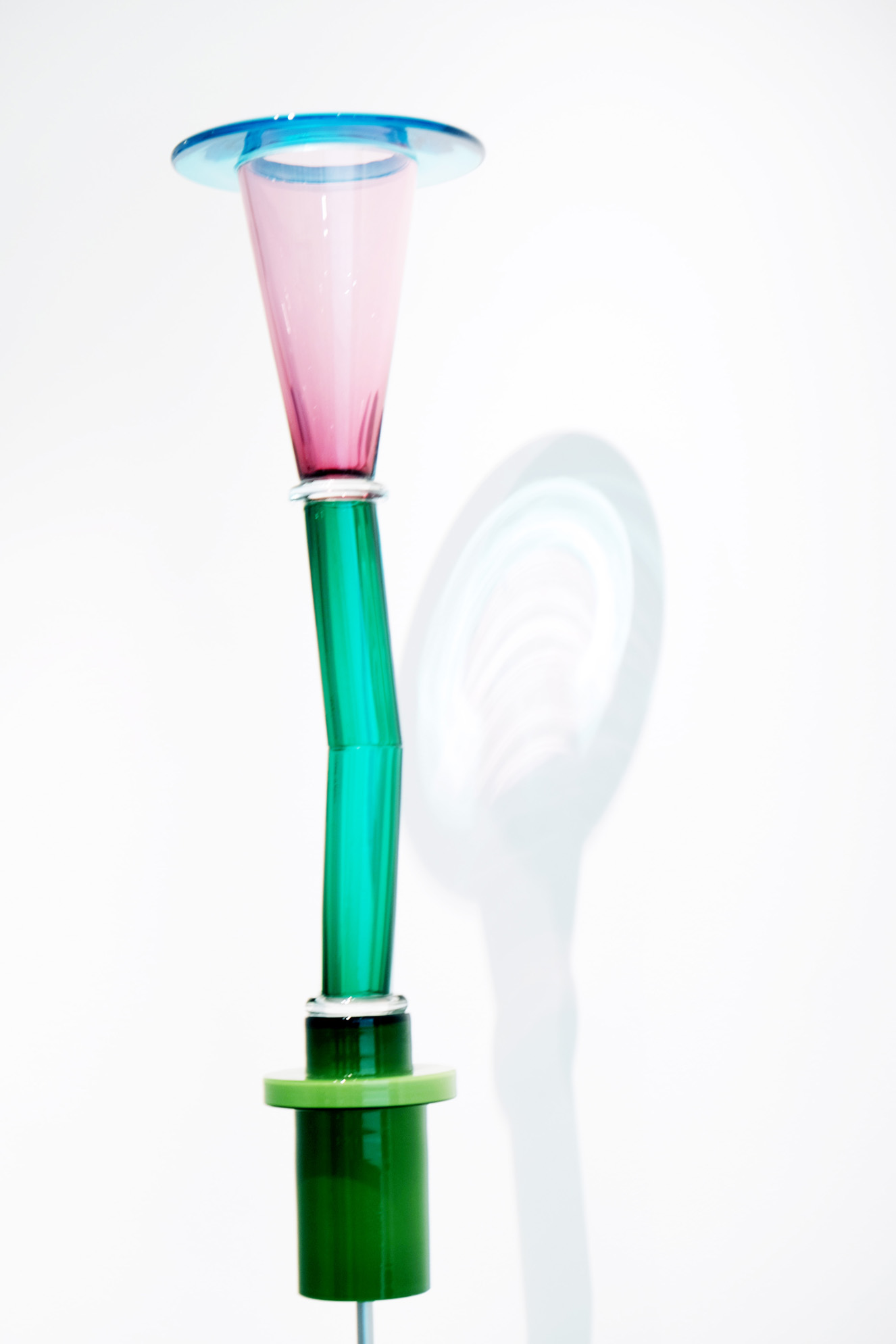 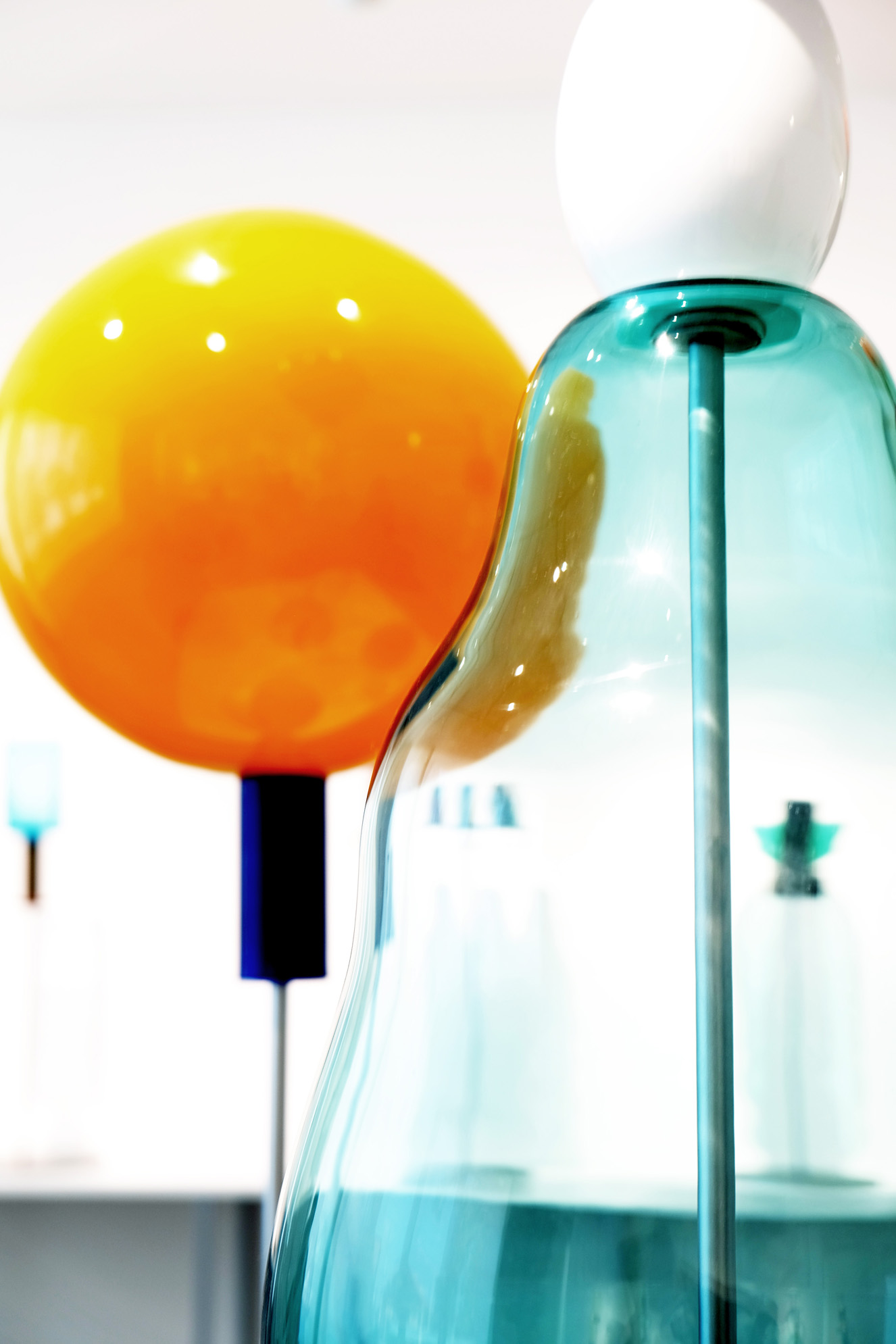 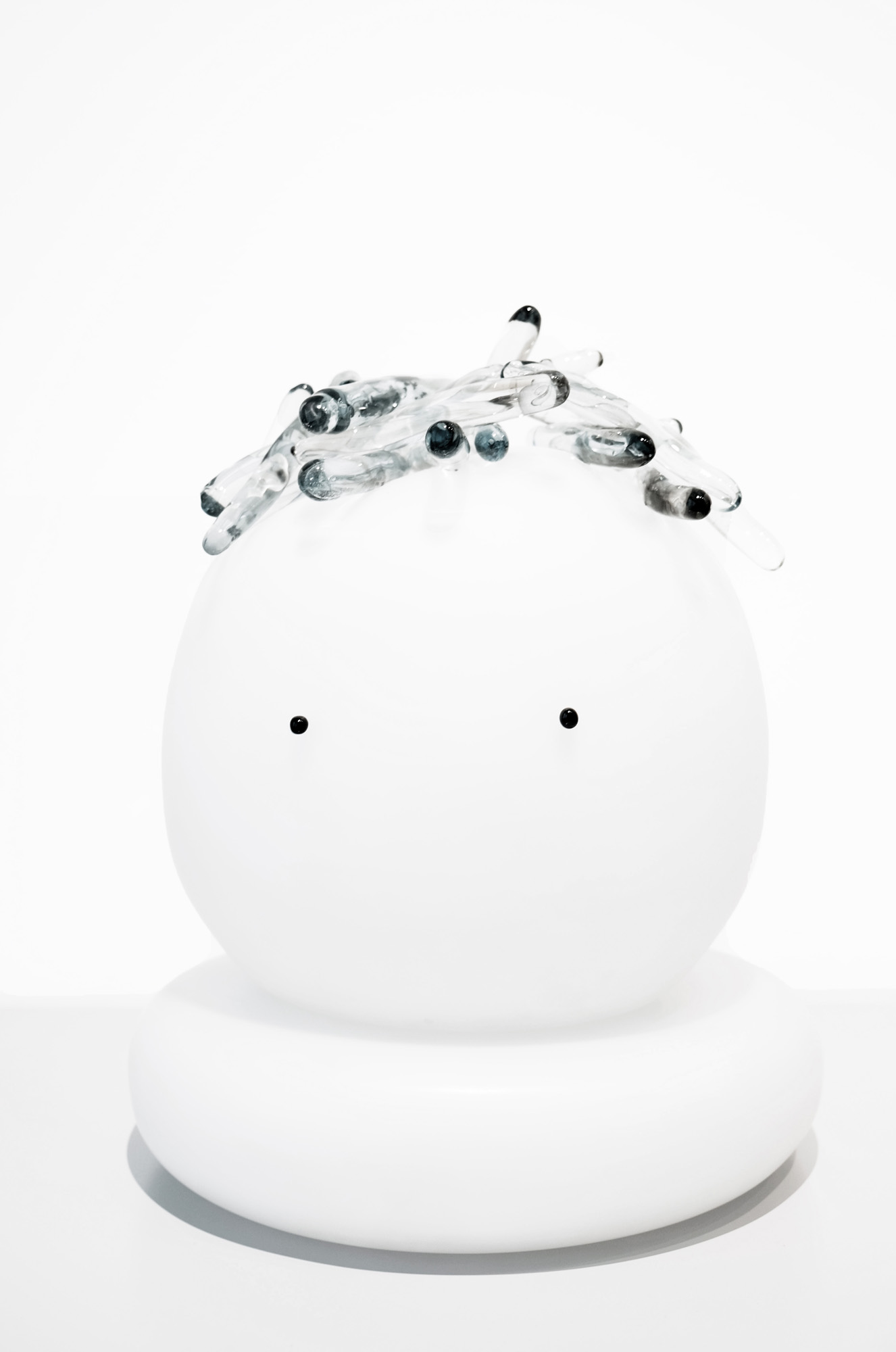 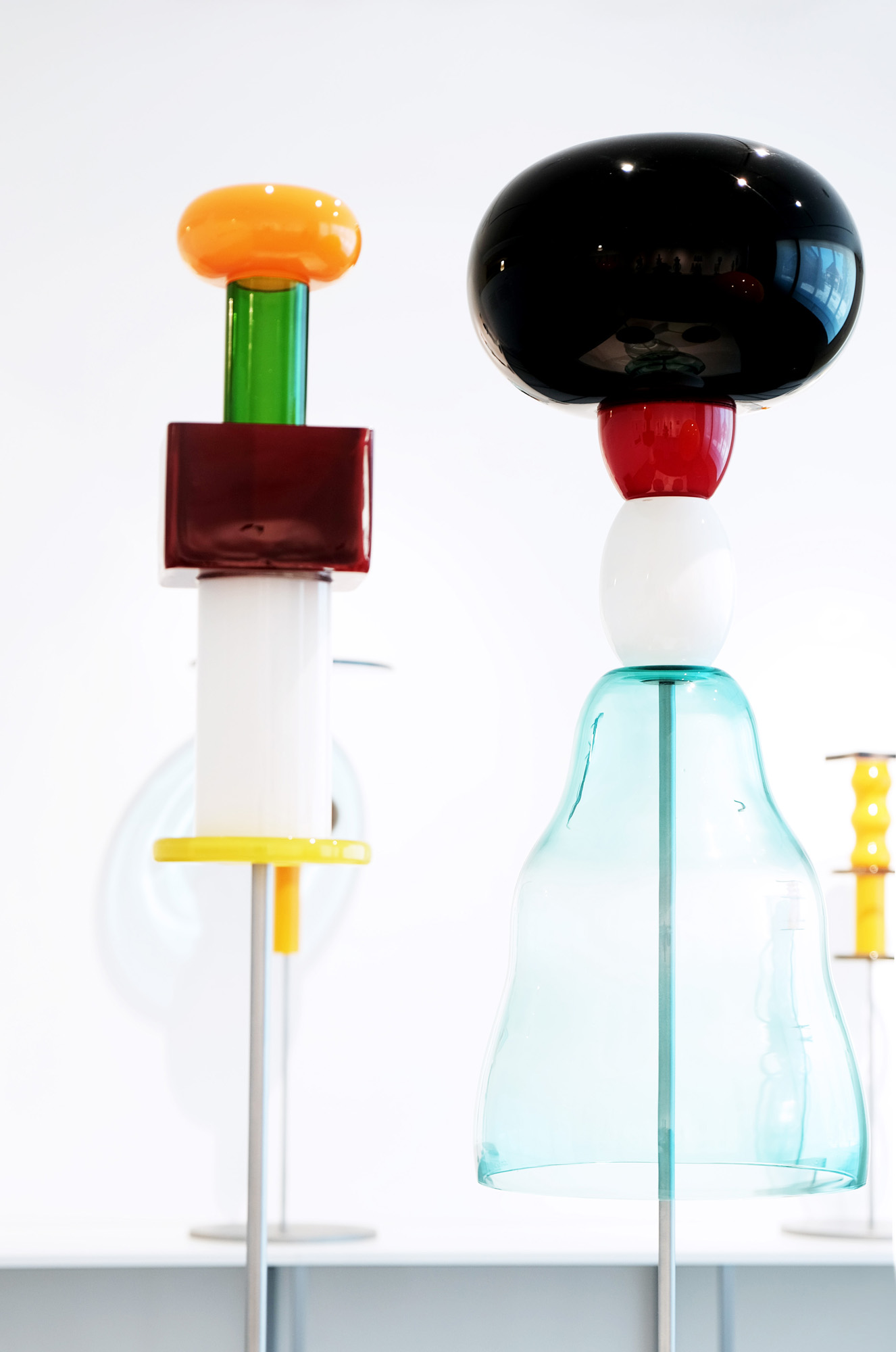 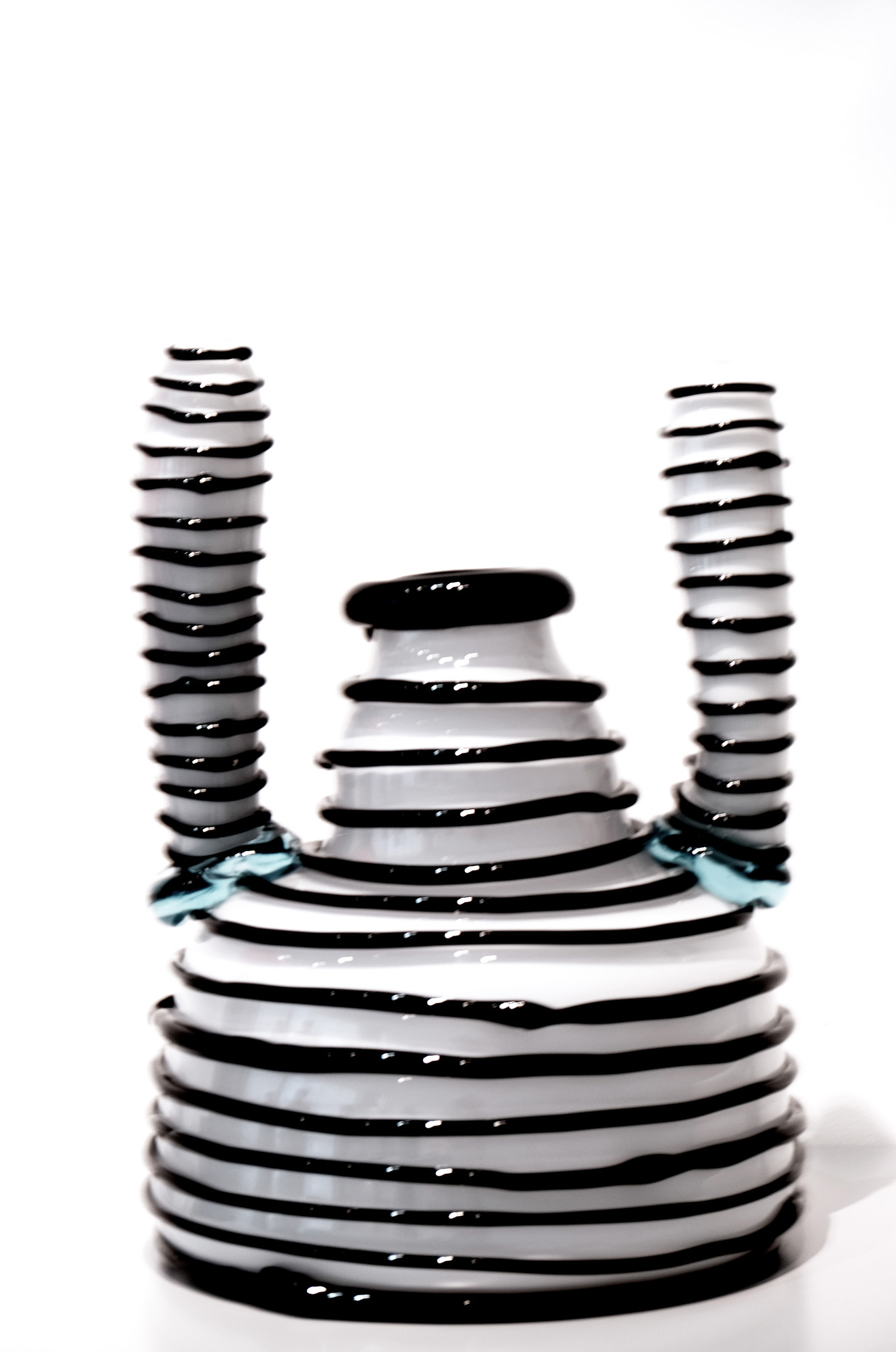 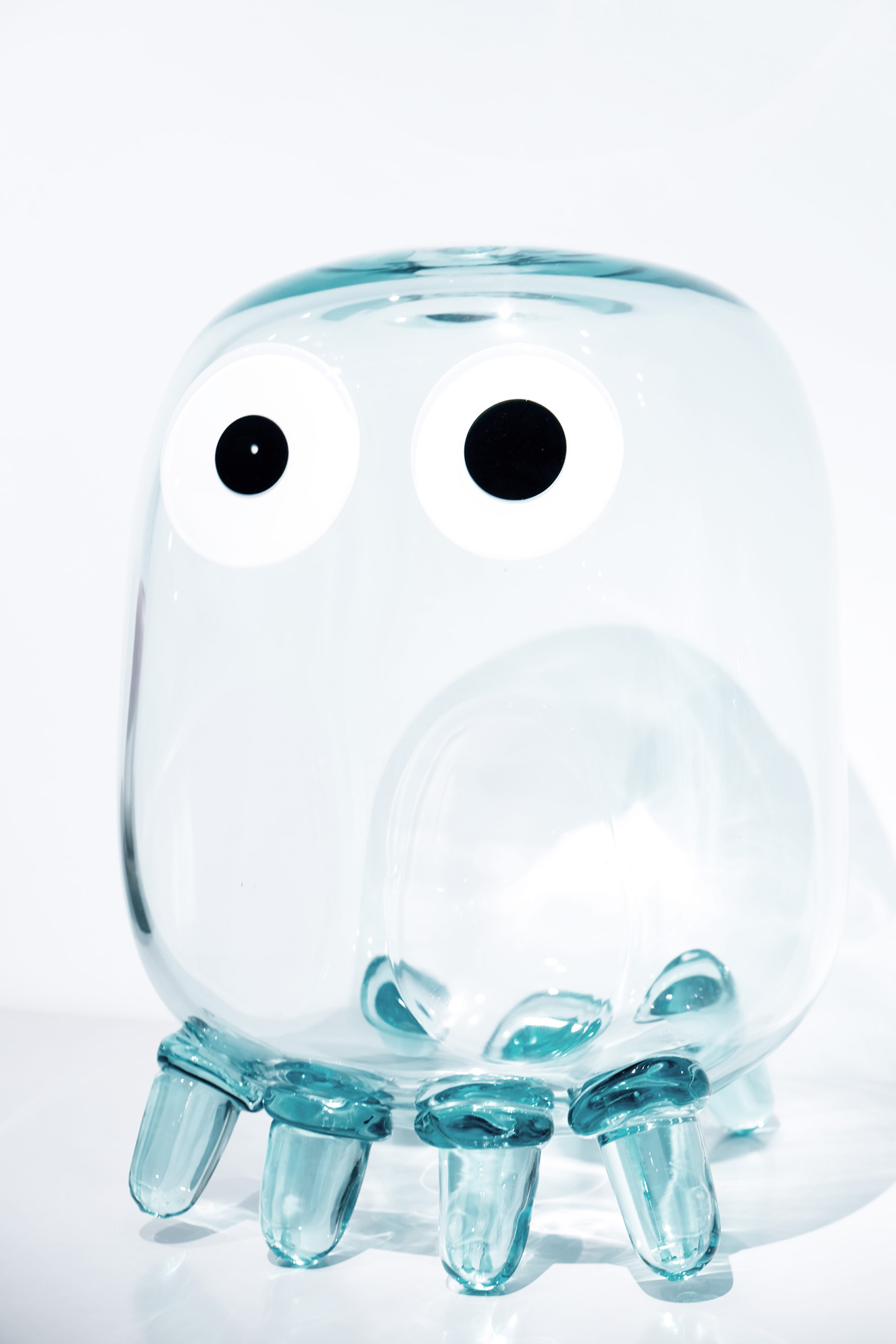 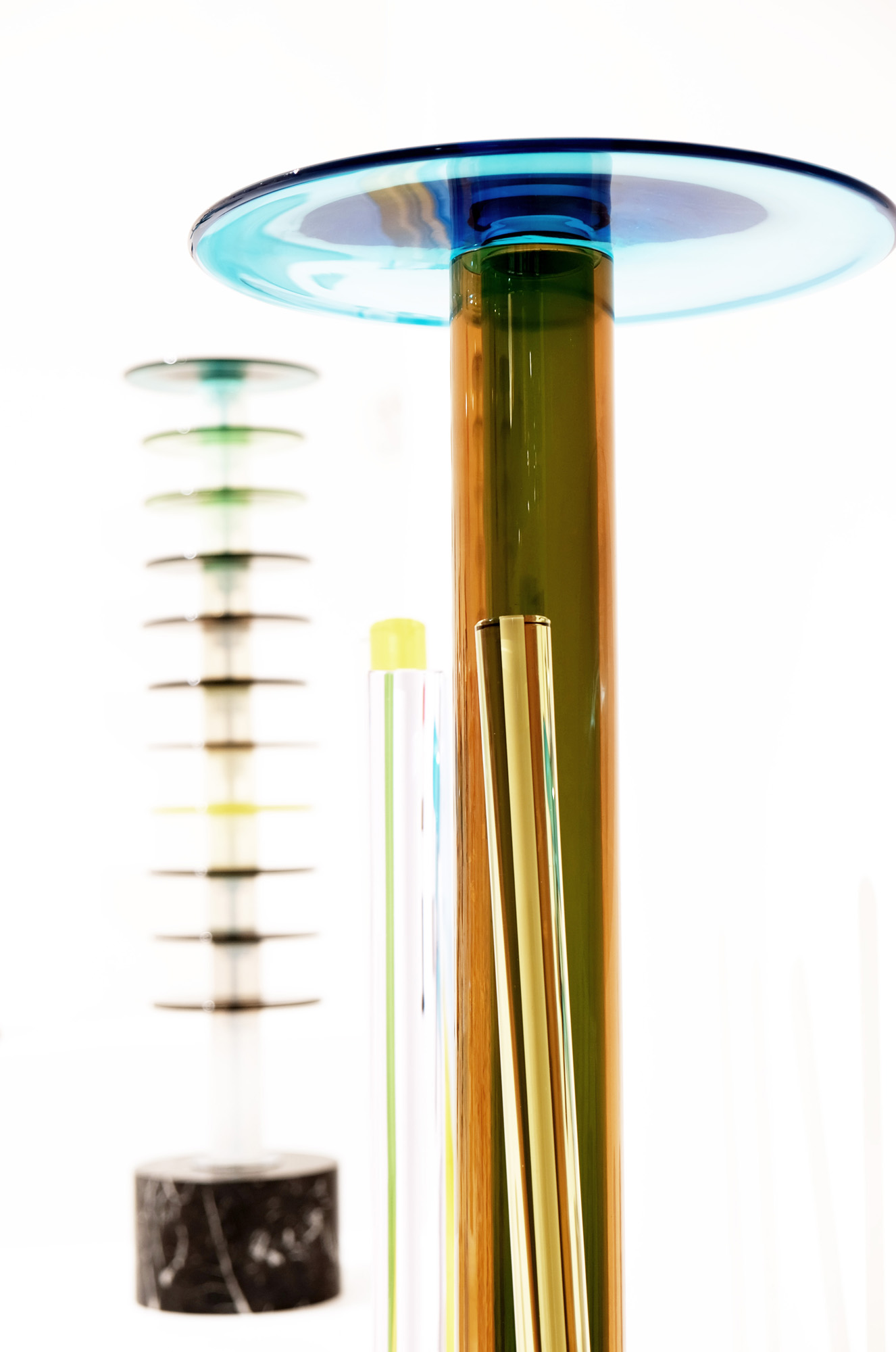 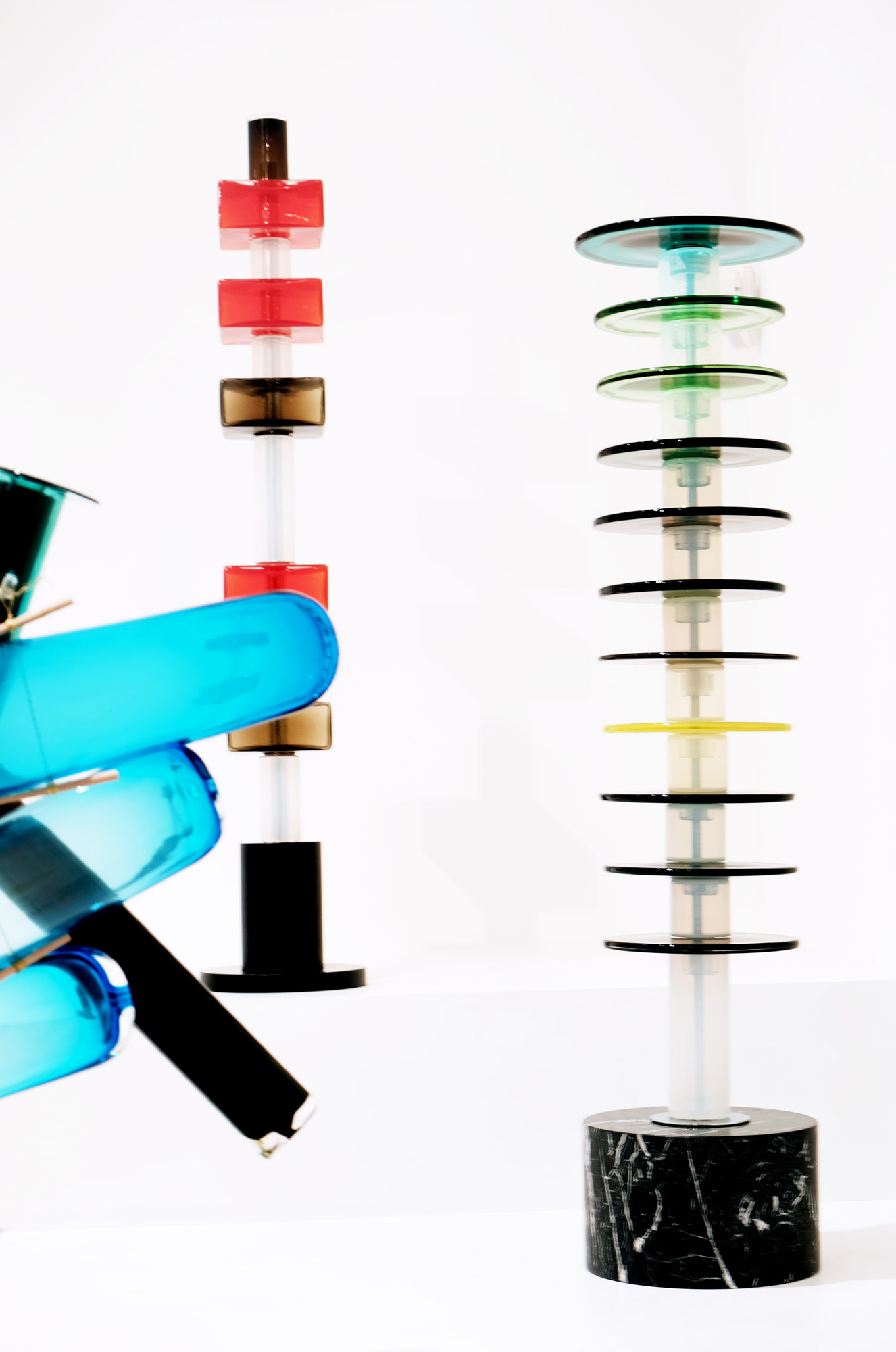 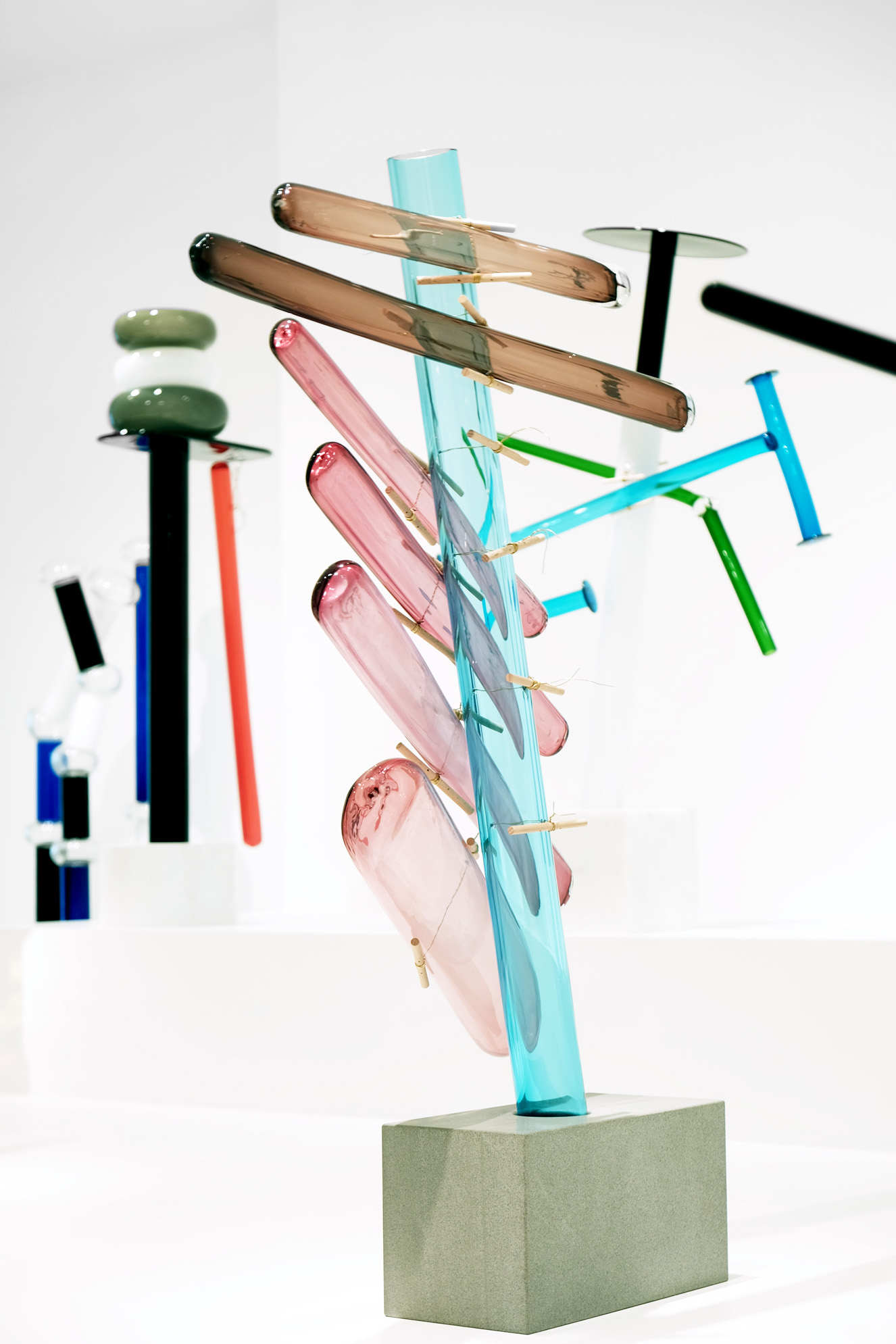 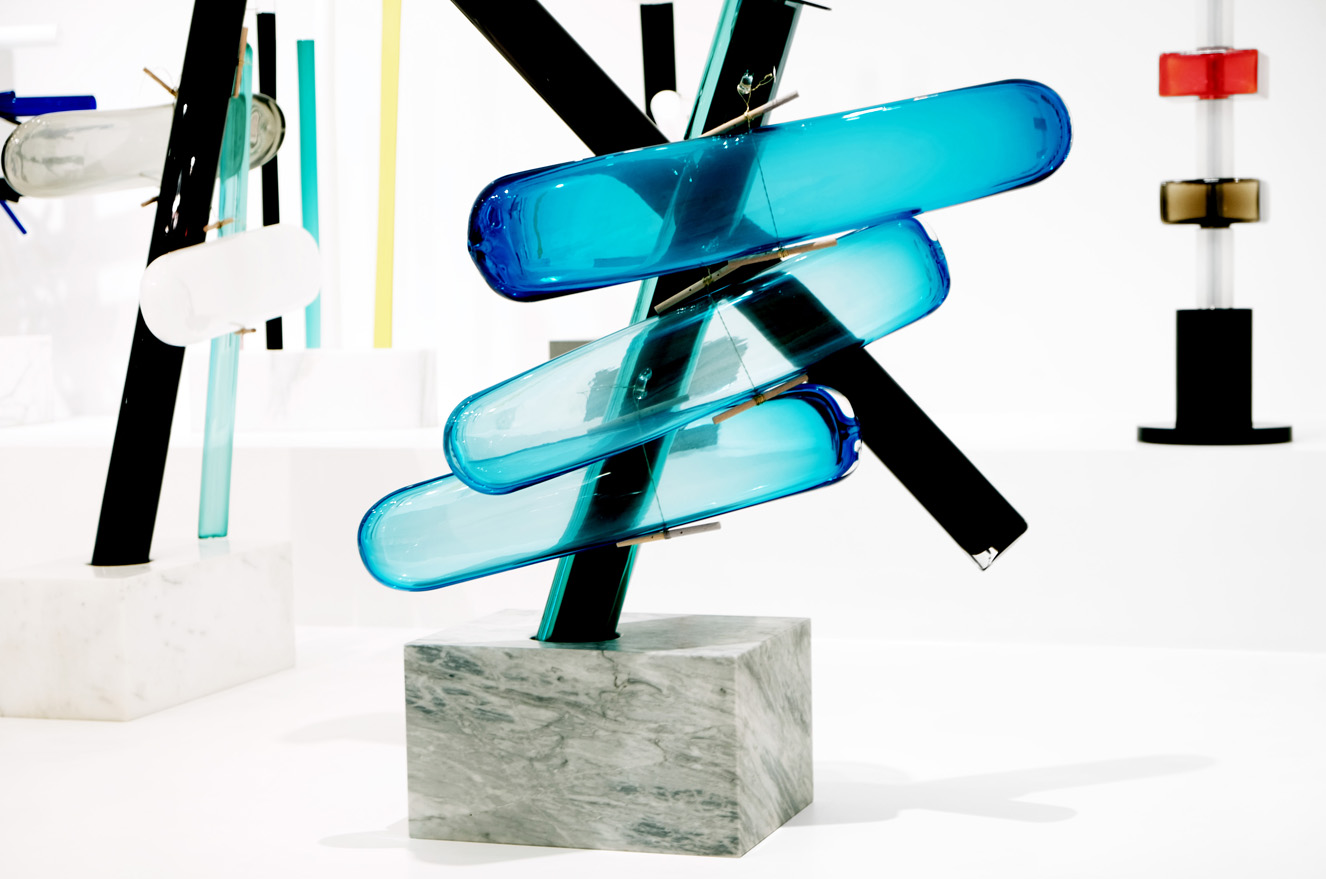