Giornata at The Office gallery

Giornata reflects on the subtle relationship between art, photography and the narrative power of objects.

The essential exhibition showcased by Nicosia-based the Office gallery features the photographic work of Antonis Minas, showcased in a semi-empty environment, except for a desk upon which a lamp that casts its light on a booklet of photographs on which as rings and chains by the Austrian conceptual designer Carol Christian Poell are meticulously arranged. There is an uncanny feeling that fills up the room, as it reproduces a personal space, yet there is not information about the individual, what happened or what will happen in it and what’s the story behind his belongings. Those questions echo in Minas photographs, which depict a couple standing on different cliffs at the Cavo Greco peninsula in Cyprus. There is little interaction between the indivuals that pose and almost look almost identical at first sight, yet one of them is actually faceless, like a transparent shadow wrapped in garments. The landscape is explored from different polar points, highlighting symbolic elements. The natural arch upon which the couple stands seems to refer to a bridge between human instincts and nature as the weather, the sky and the sea are alive and present as much as the individuals are, perhaps even more. Eventually we sense that the faceless individual is nothing but the projection of “the others”, the rest of human beings, and the images investigate the relationship between the self and the community, what links us together and what defines our own identity. The compass ring seems to point out a bond, yet the nature of the bond is unknown.

Giornata invites visitors to an introspective meditation that goes behind objects and images and arise philosophical questions about ourselves and way of being in the world. 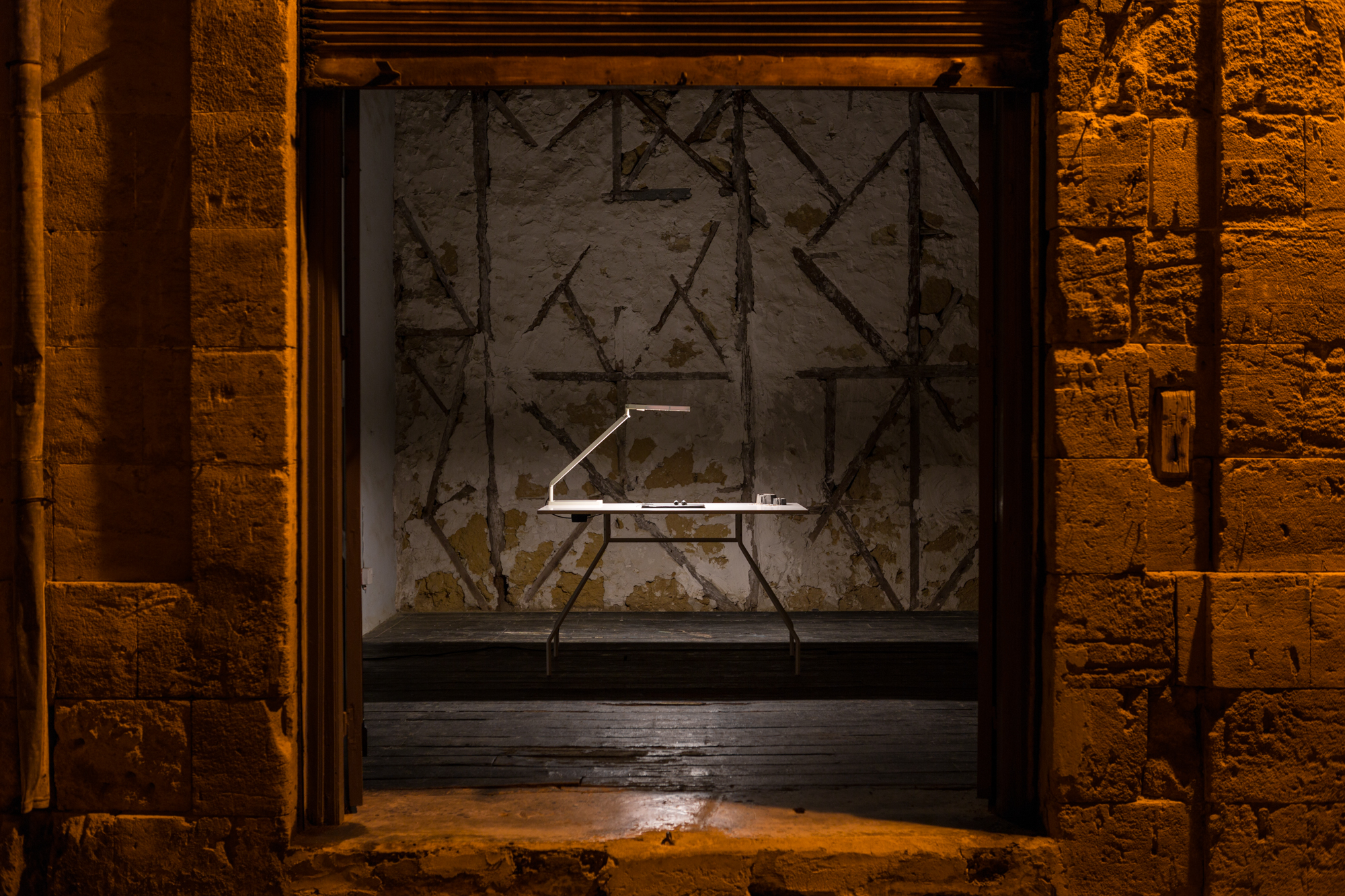 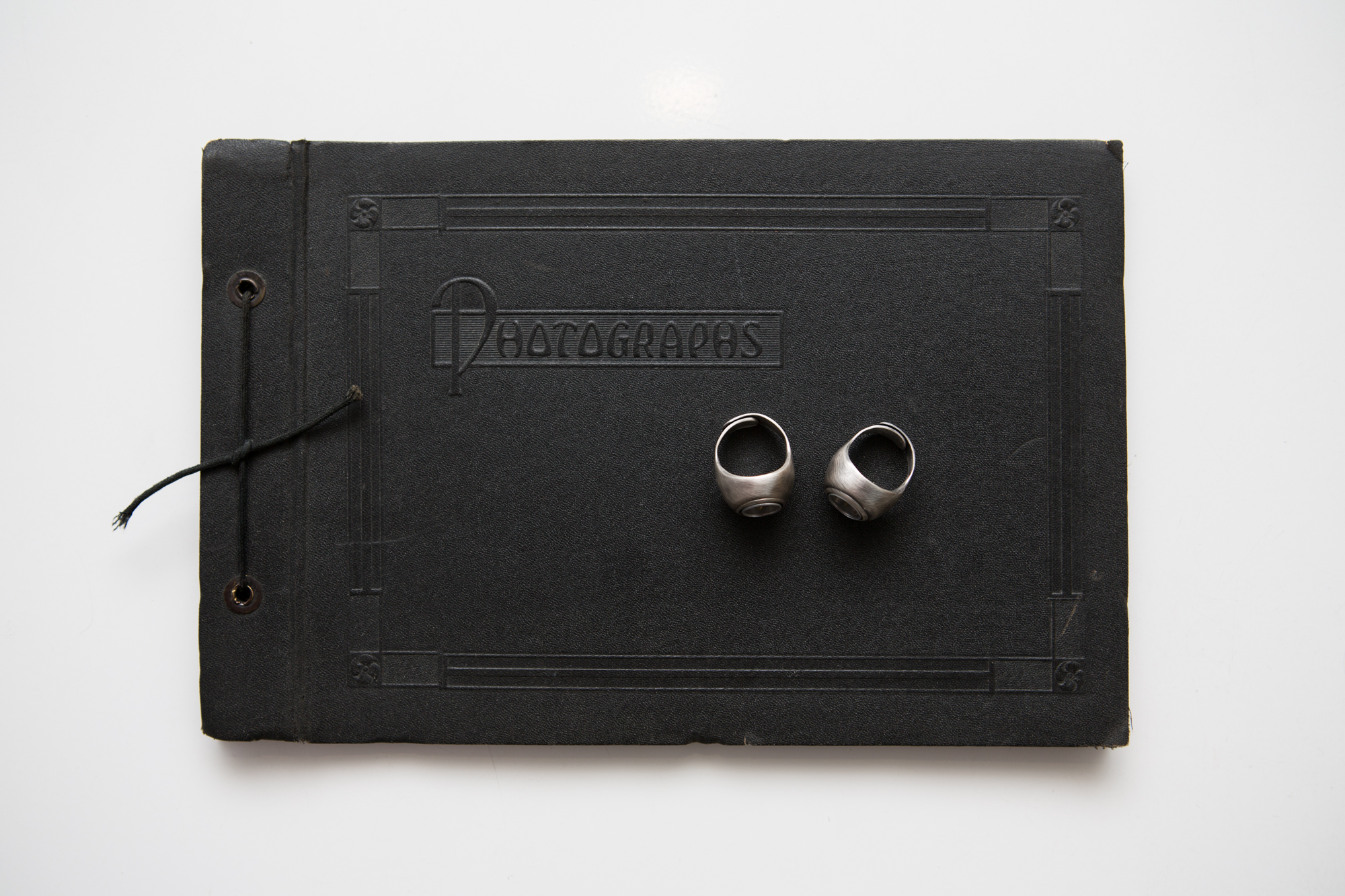 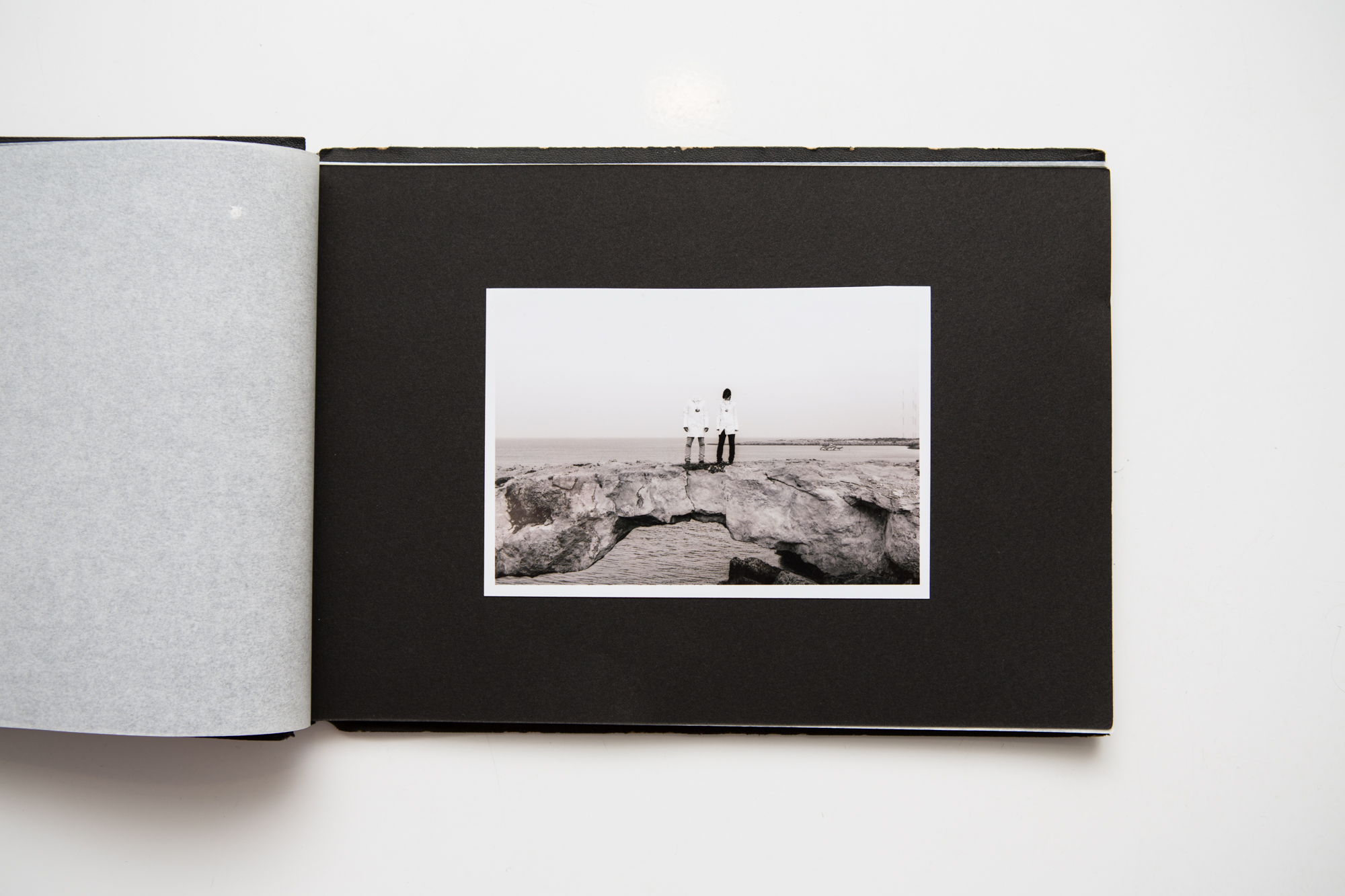 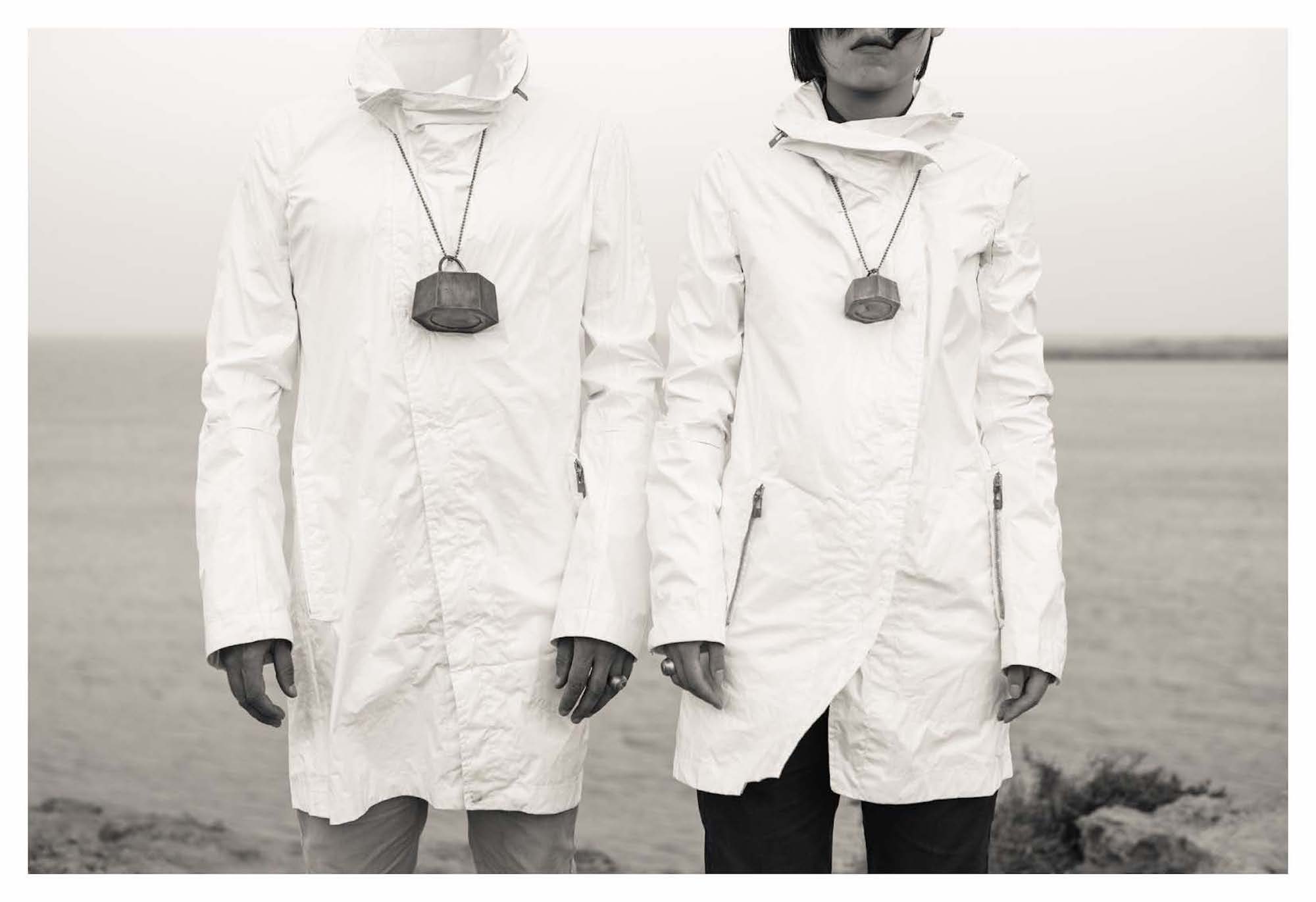 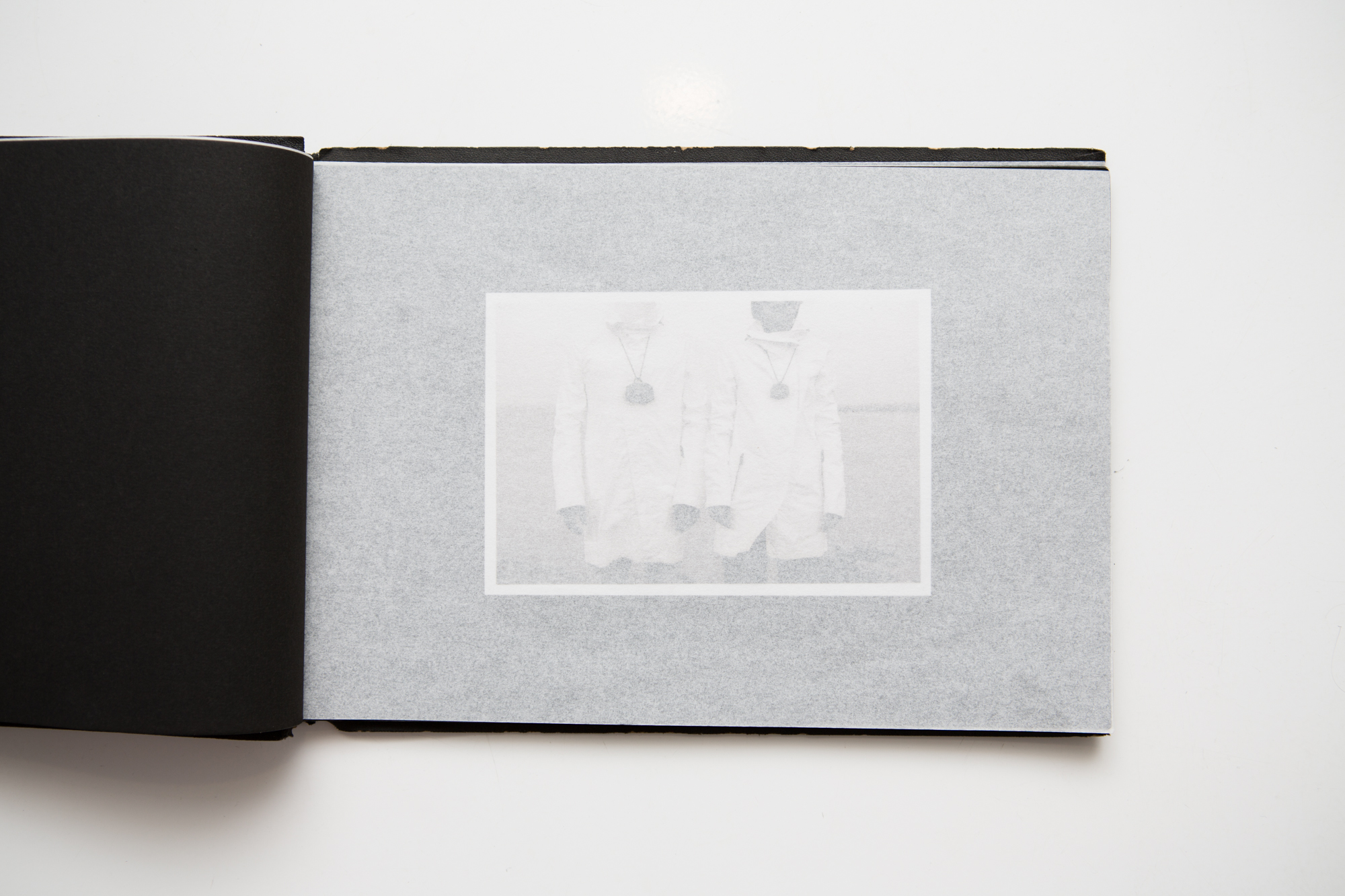 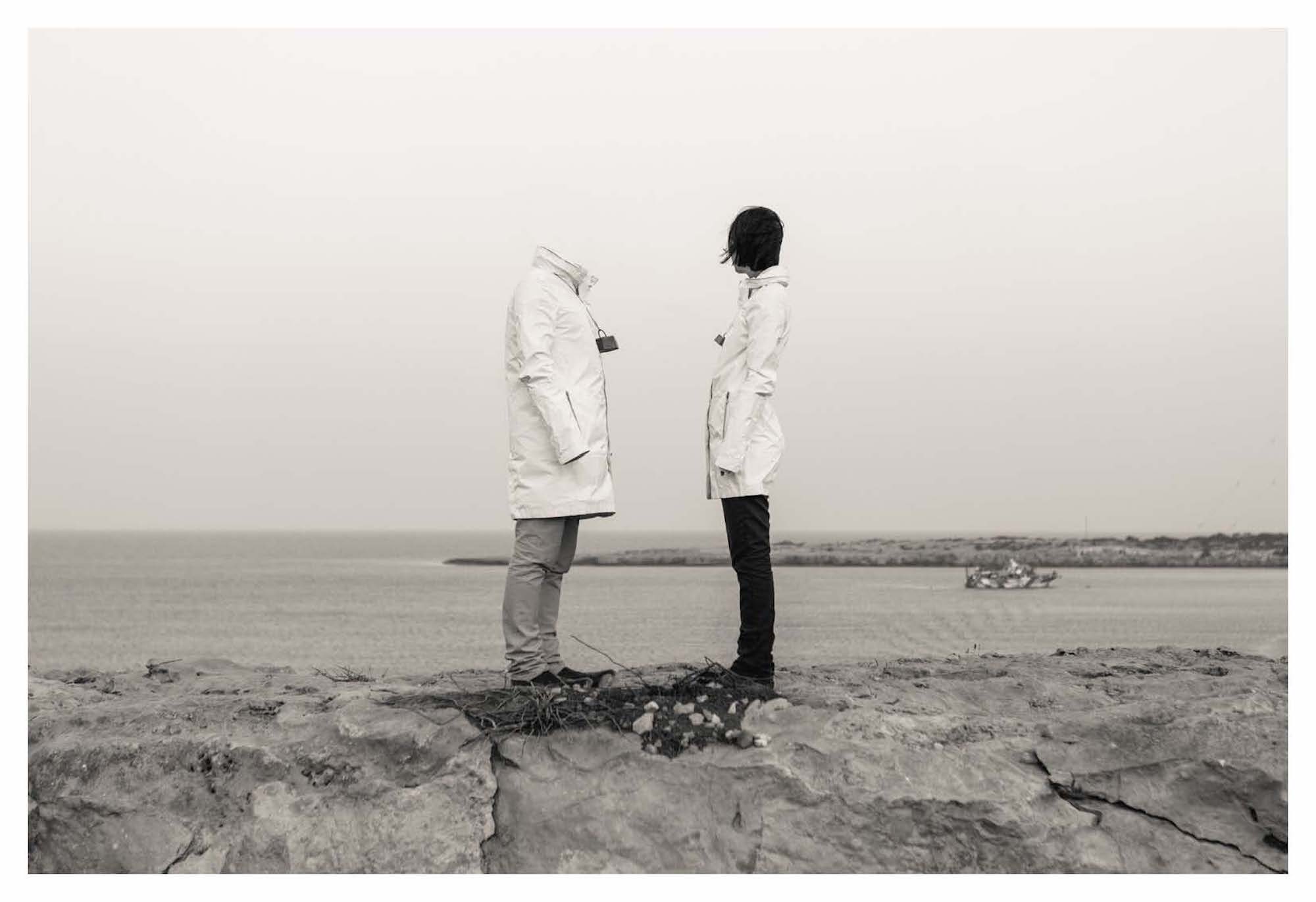 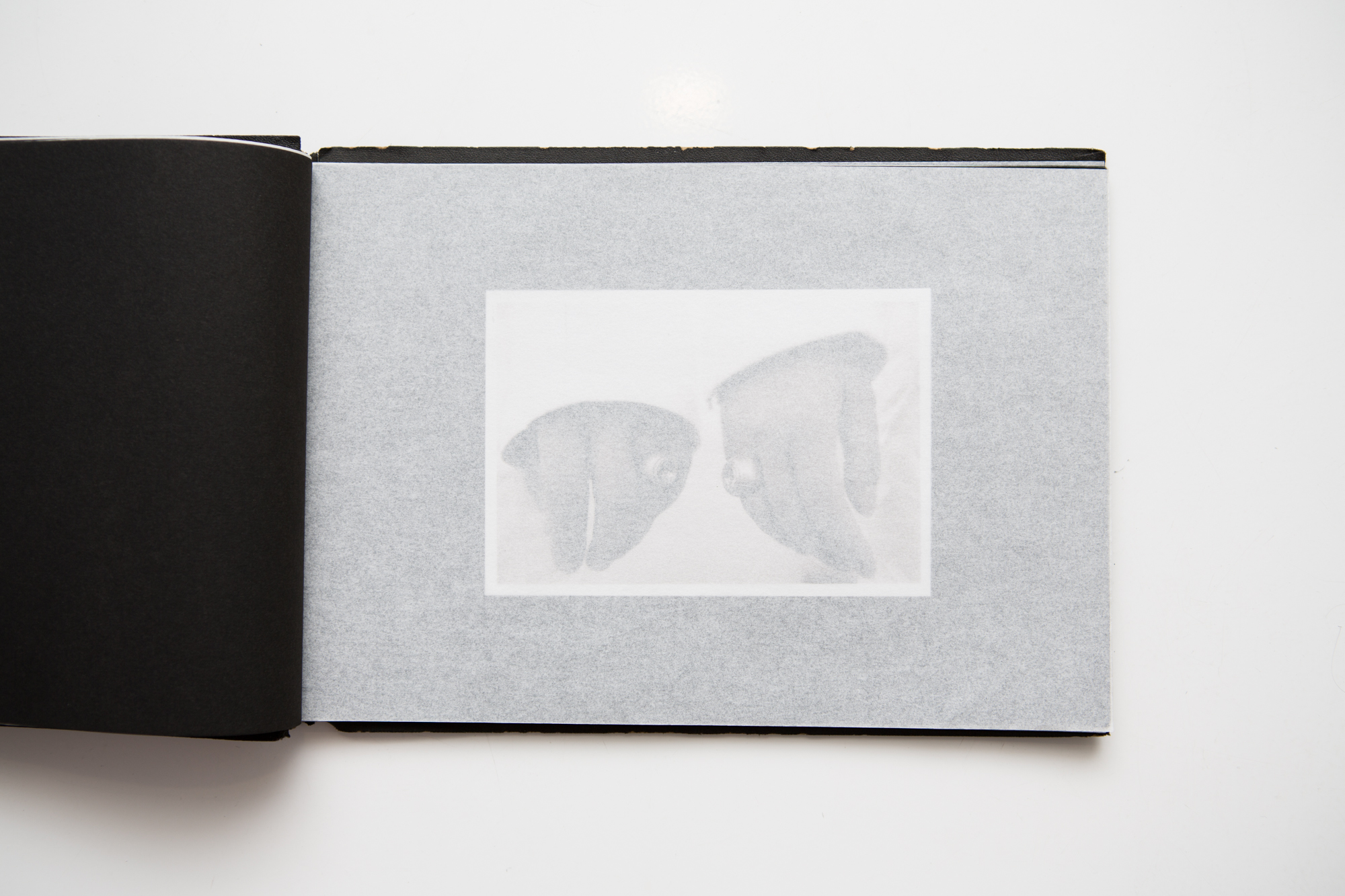 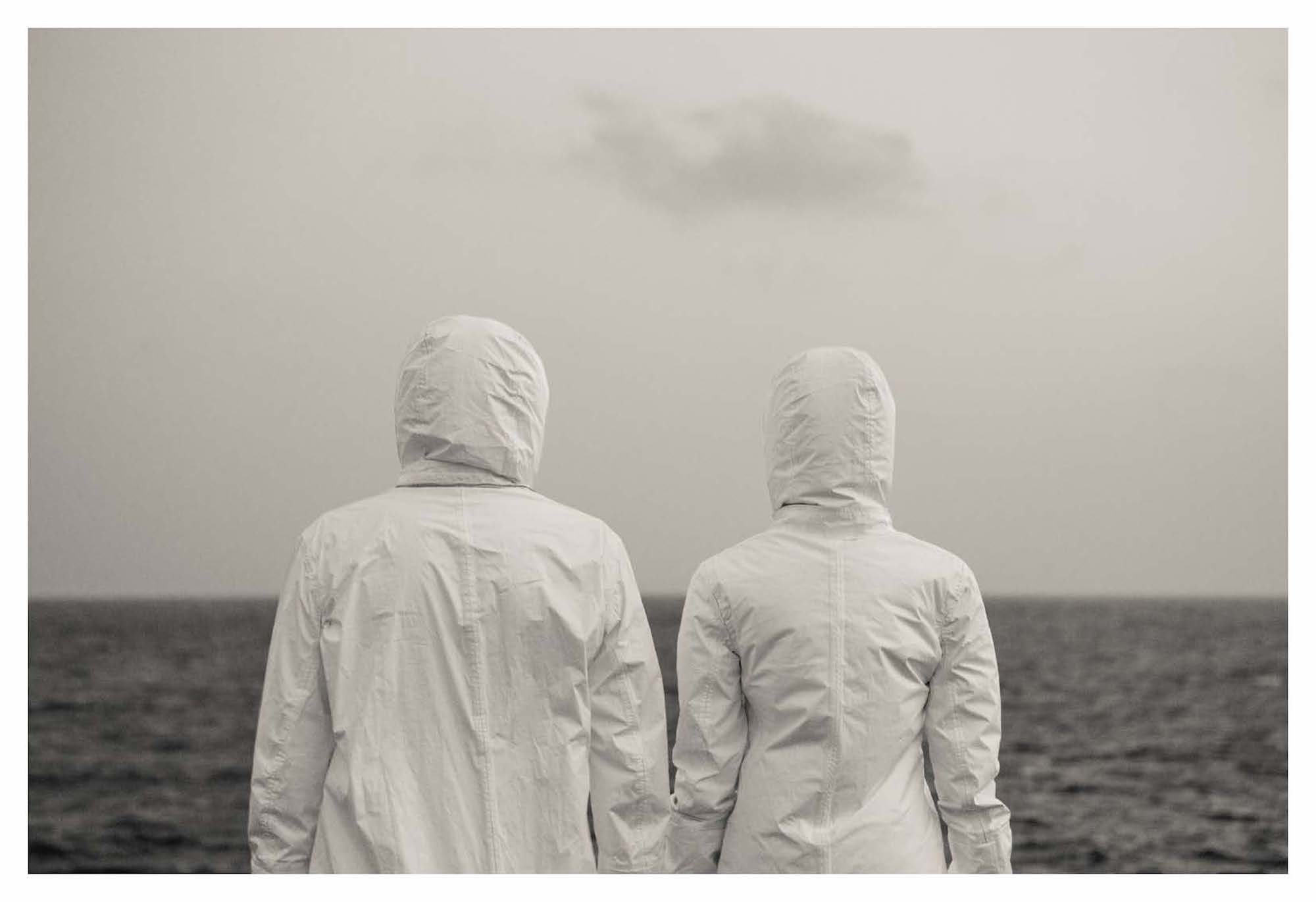 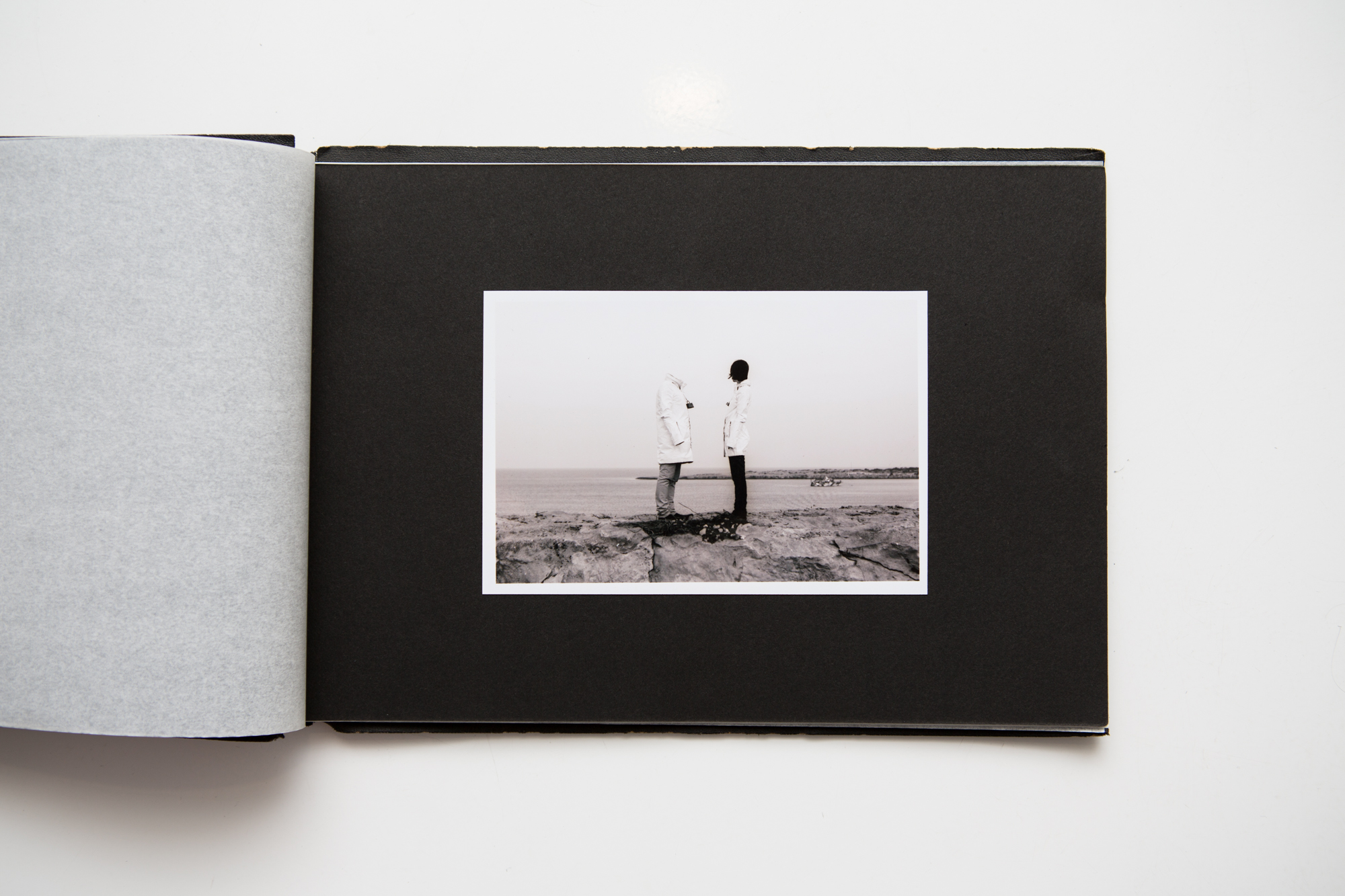 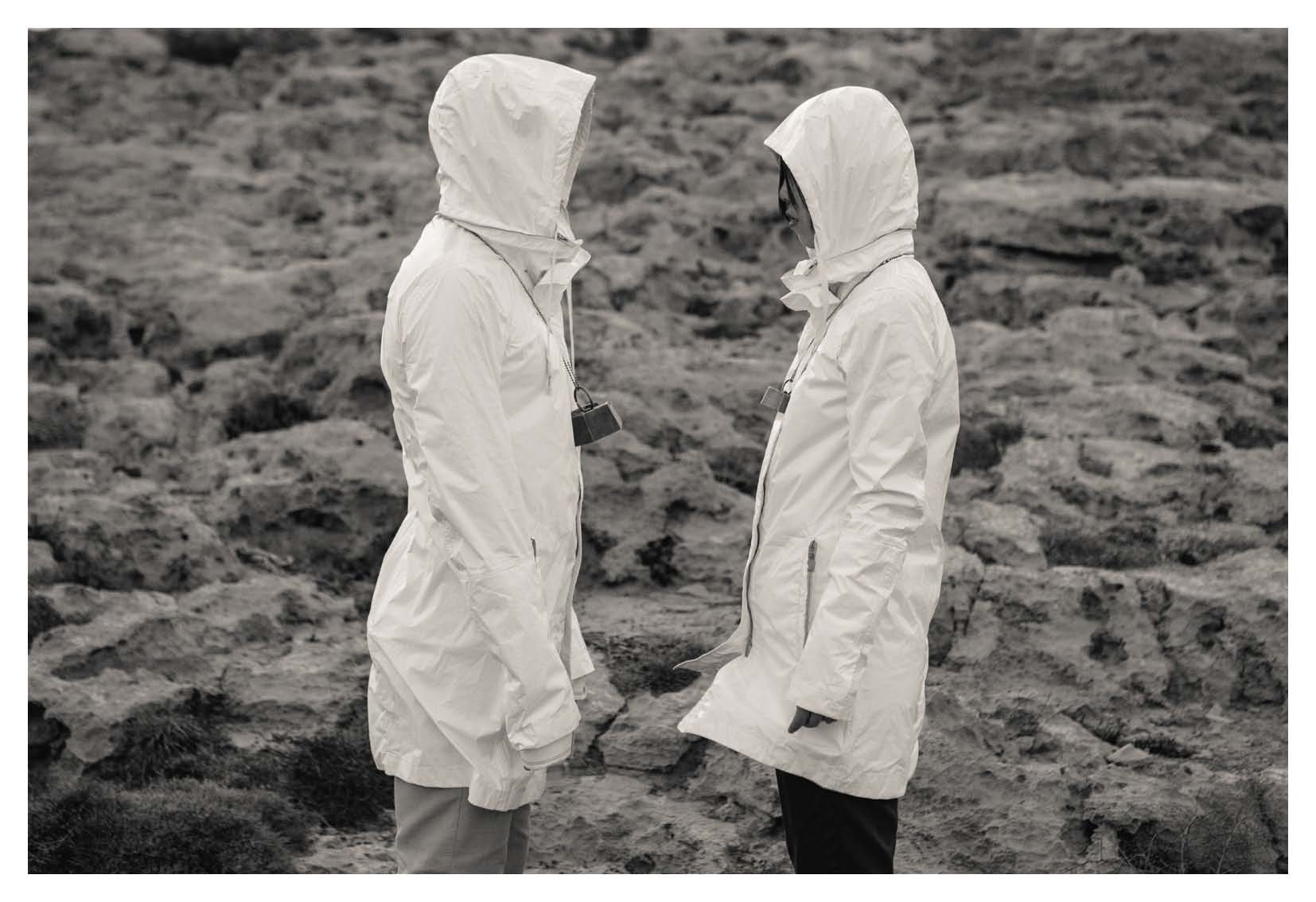 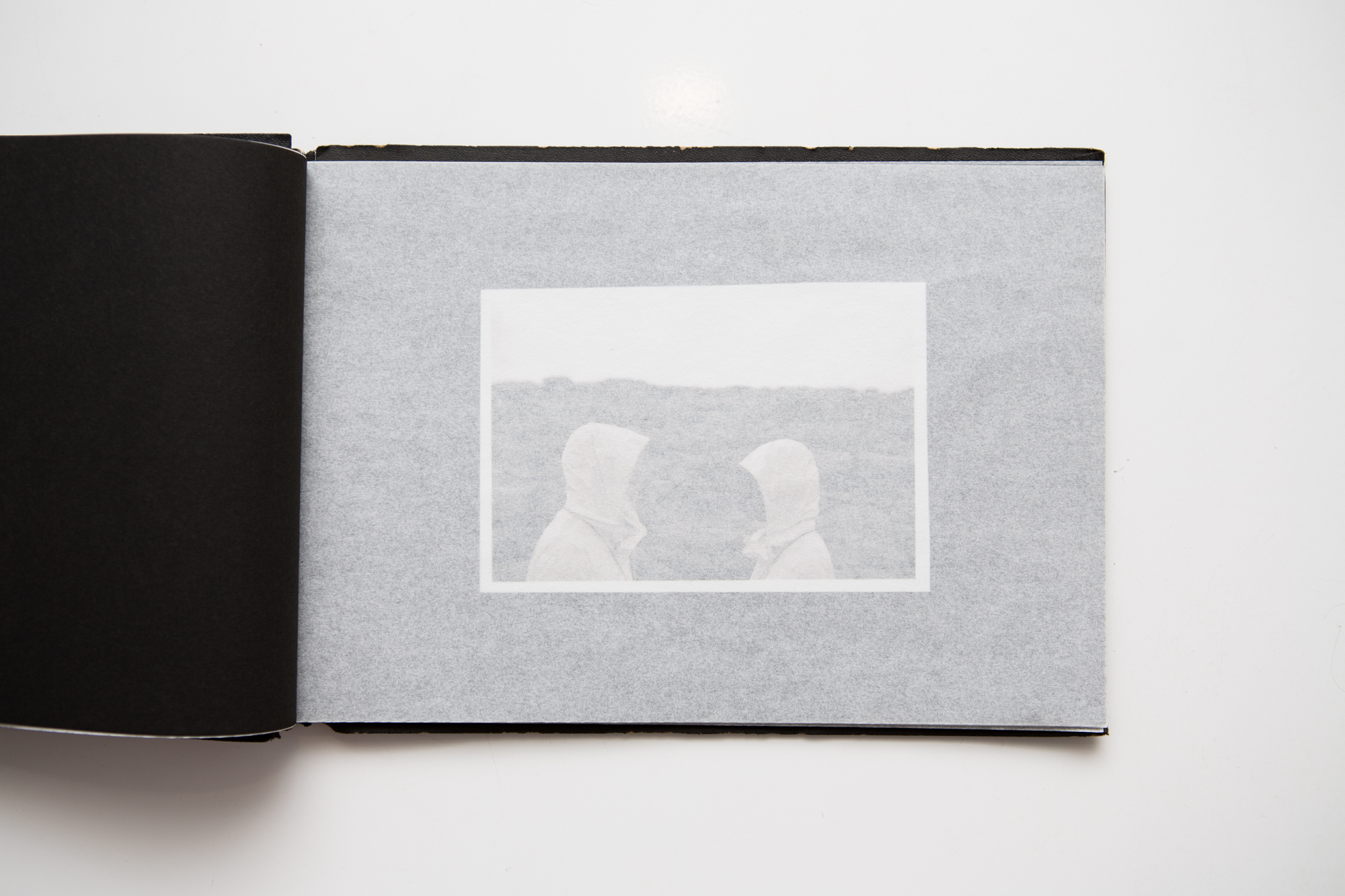 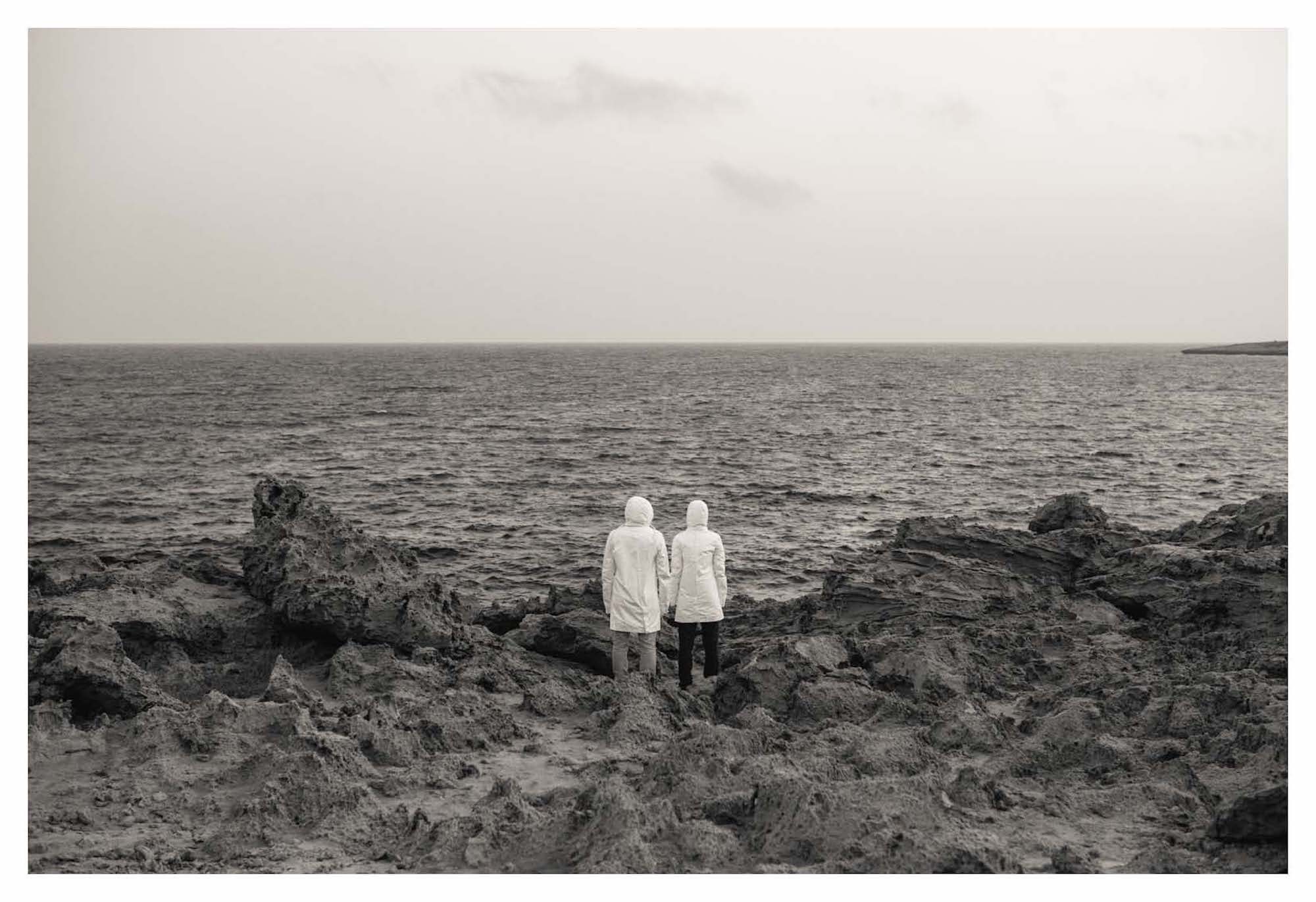 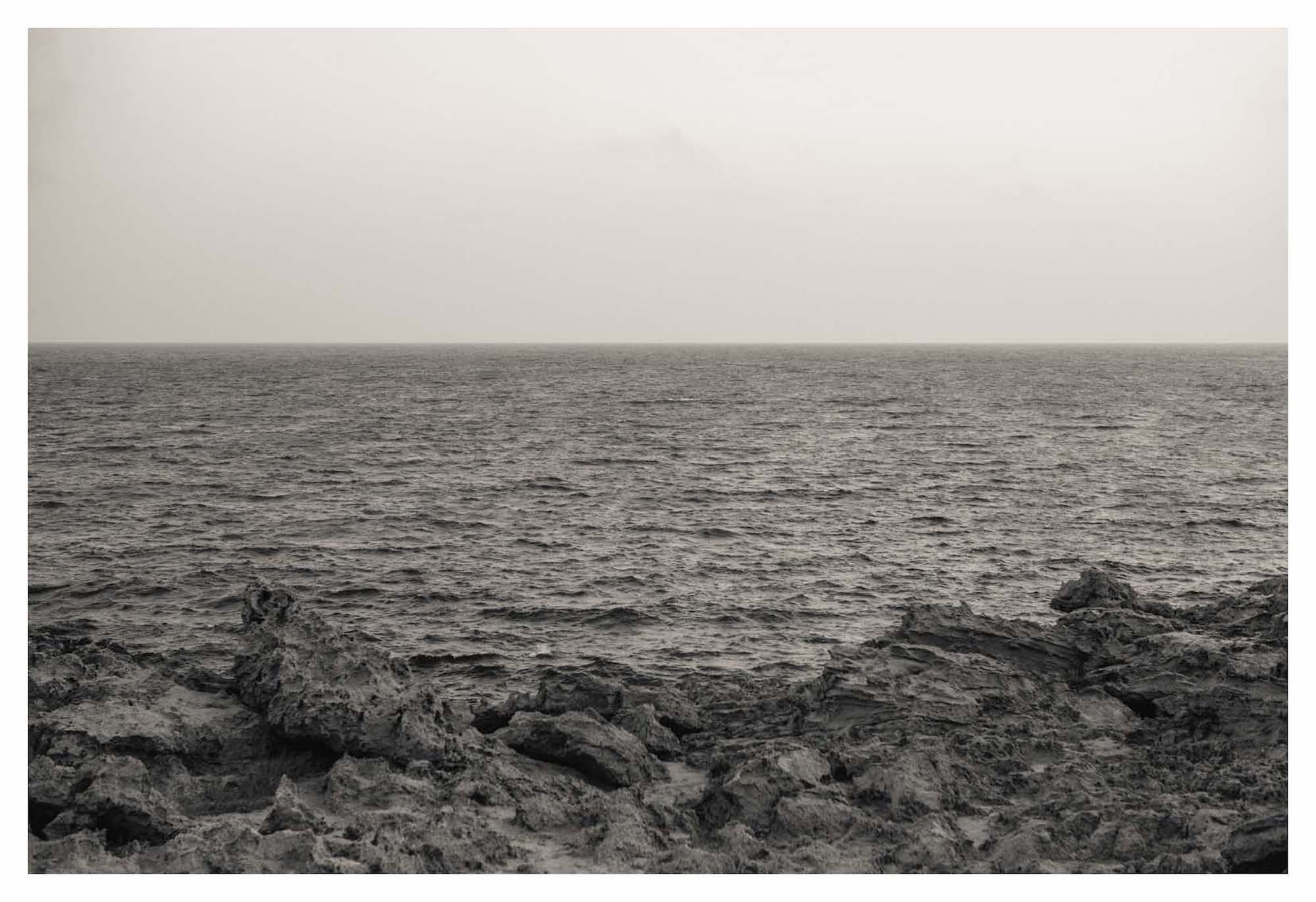