Gal Weinstein critically engages the mythological and Romantic imagery embedded in Israel’s collective memory through a site-specific installation that explores the human desire to stop time . The title of the artwork Sun Stand Still refers to the biblical miracle performed by the ancient Israelite leader Joshua Bin-Nun, who sought to win his battle against the kings of Canaan before darnkess. By commanding the sun to stop its course, Bin Nun attempted to arrest the passage of time. Consisting of 6 individual works, the installation explores the boundaries between actual and potential forms of creation and destruction, life and death, progress and devastation, eventually suggesting a post-apocaliptic scenario caused by human hubris. Sun Stand Still extends on the three levels of the Pavilion, taking over the space from floor to bottom. The walls were treated with molds to achieve a decaying effect, a monumental ladscape made of metal, wool and felt covers the ground level, puzzle-shaped agricoltural plots filled with coffee dregs occupies the intermediary floor, depicting the Elah valley, one of the holiest territories in Israel, while the sculpture of a satellite launch pad made of Acrilian fiber was installed at the top. Weinsten’s project may also be interpreted as a melancholic and poetic allegory of the Israeli story, made of extraordinary acts and moments of enlightenment as well as negelt and destruction. For the choice of materials, Weinstein, among other things, was inspired by a cup of coffee left on his desk for days in which molds started to form, floating above the black surface. He focused on the manifestation of temporality and its impact on rough elements such as unraveled felt and metal. Sun Stand Still meditates on the relationship between the organic and the artificial, and symbolically exlpores the dichotomy between reality and its countless simulations. 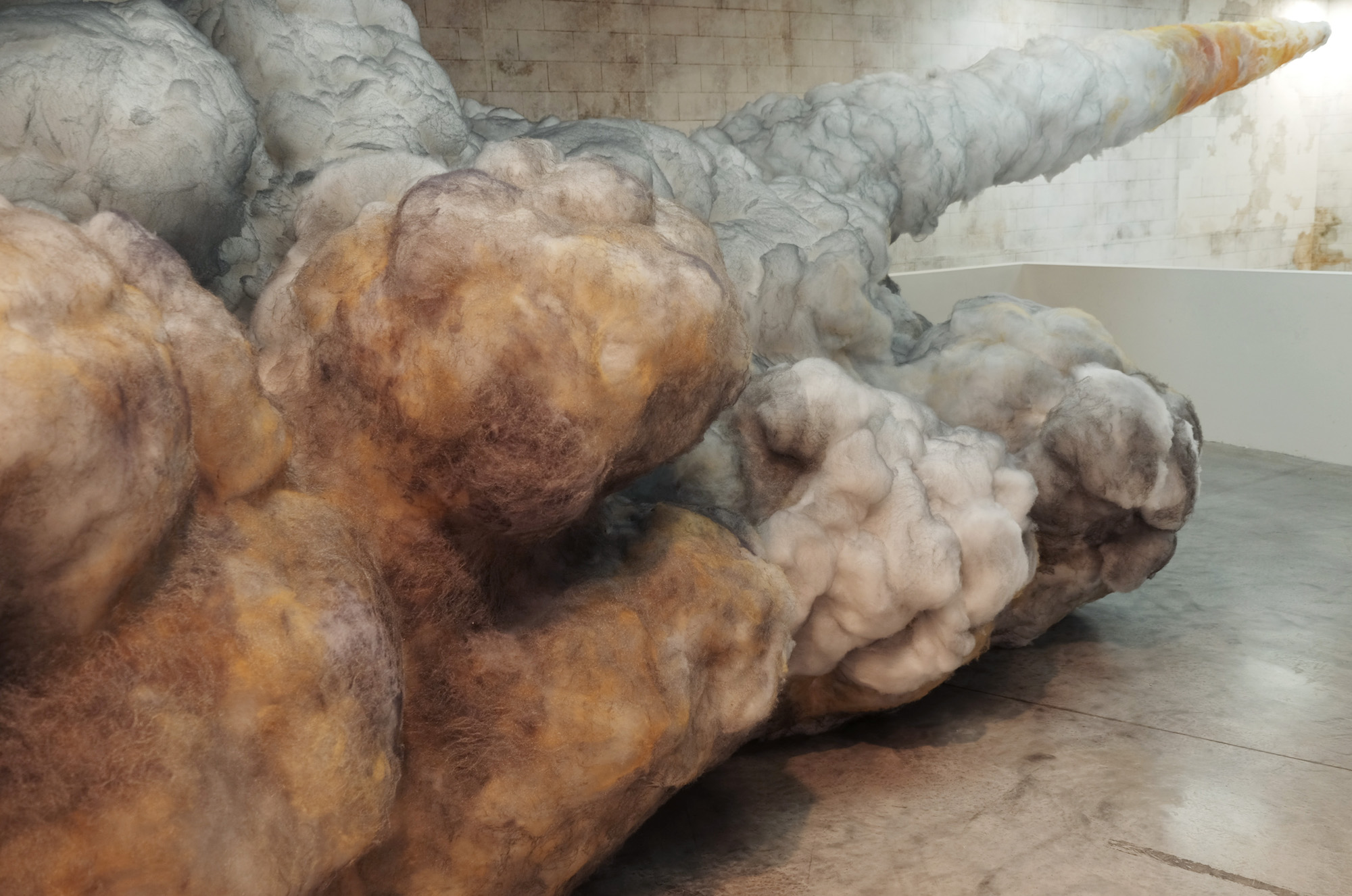 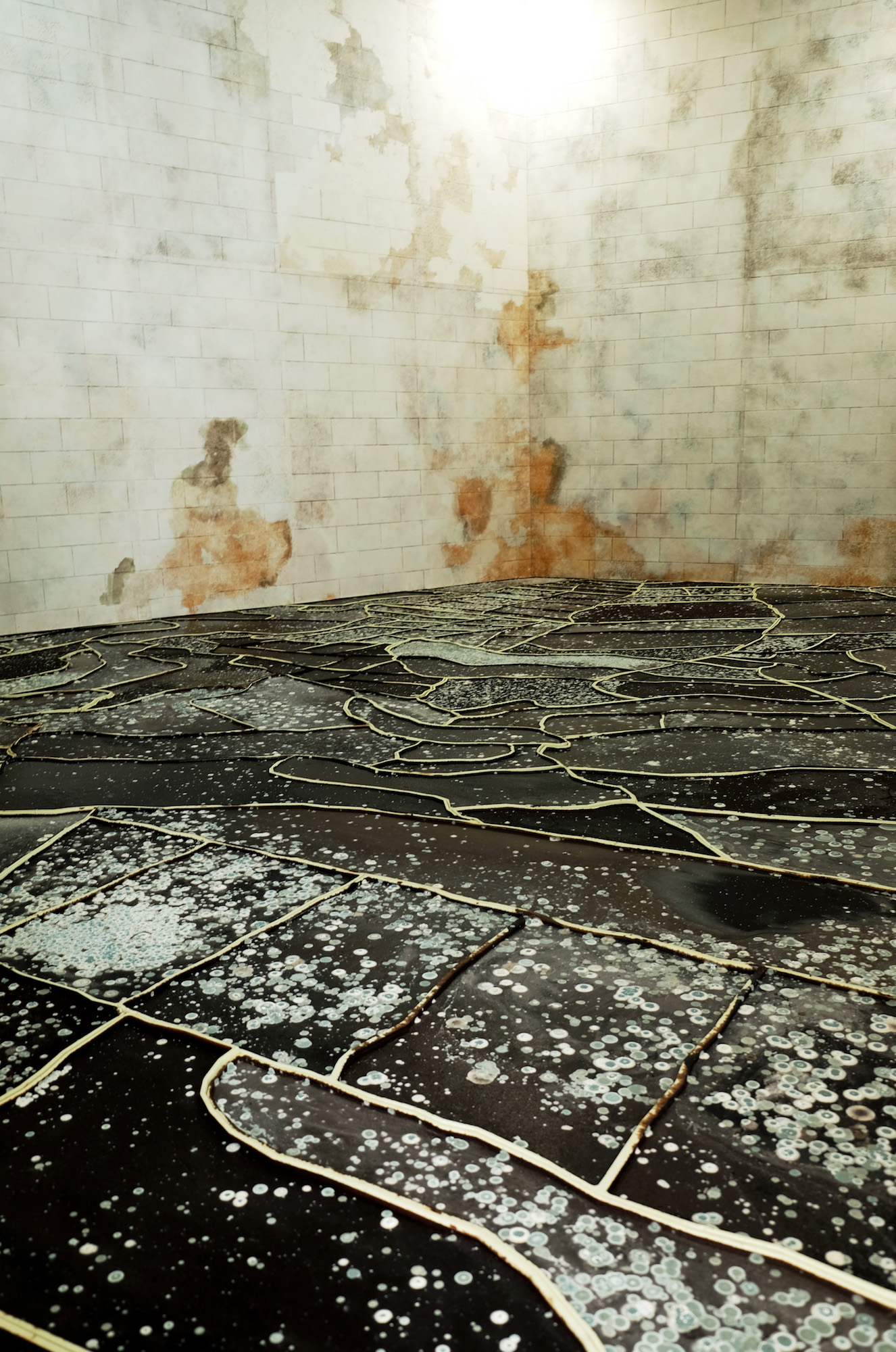 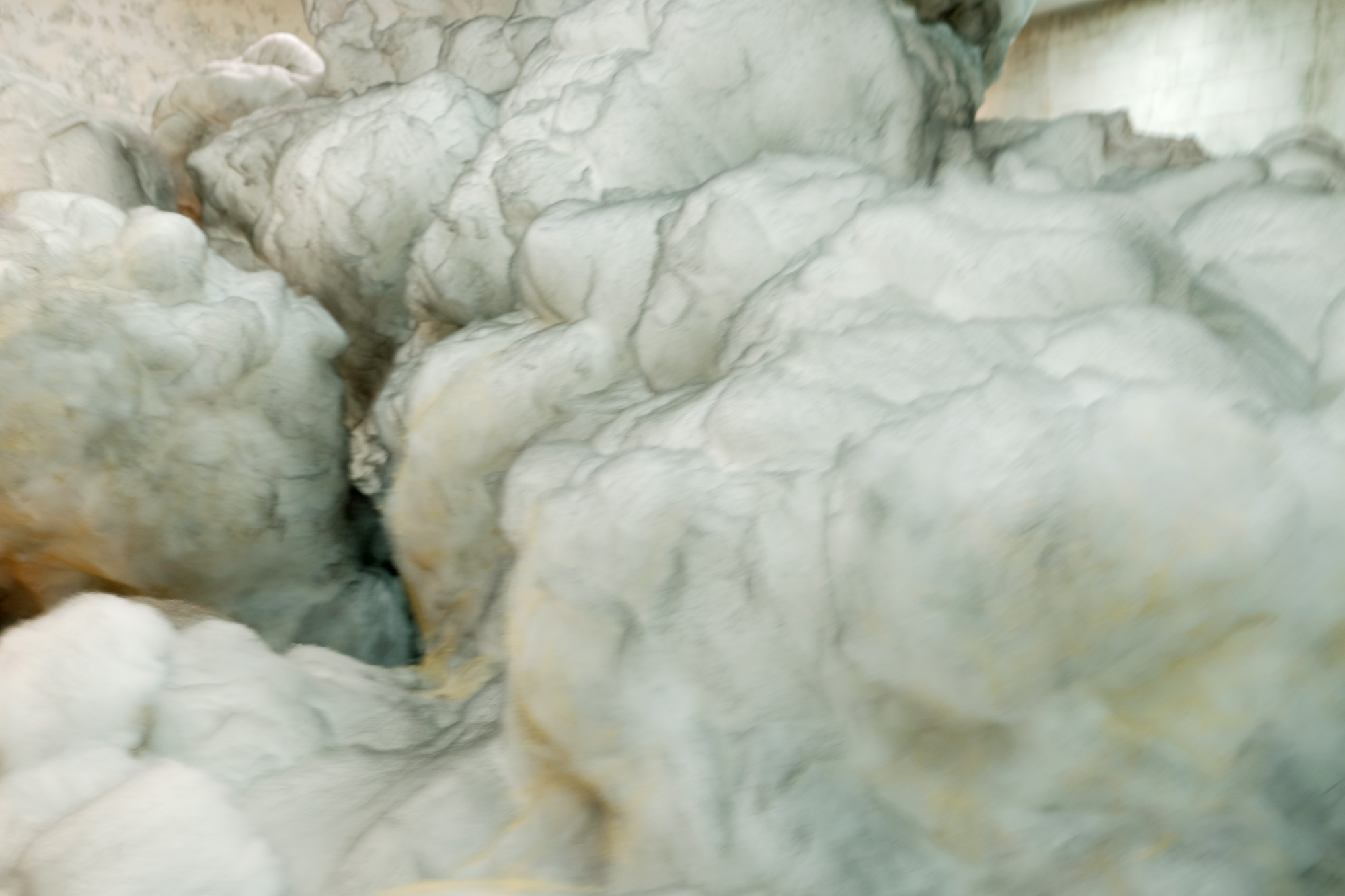 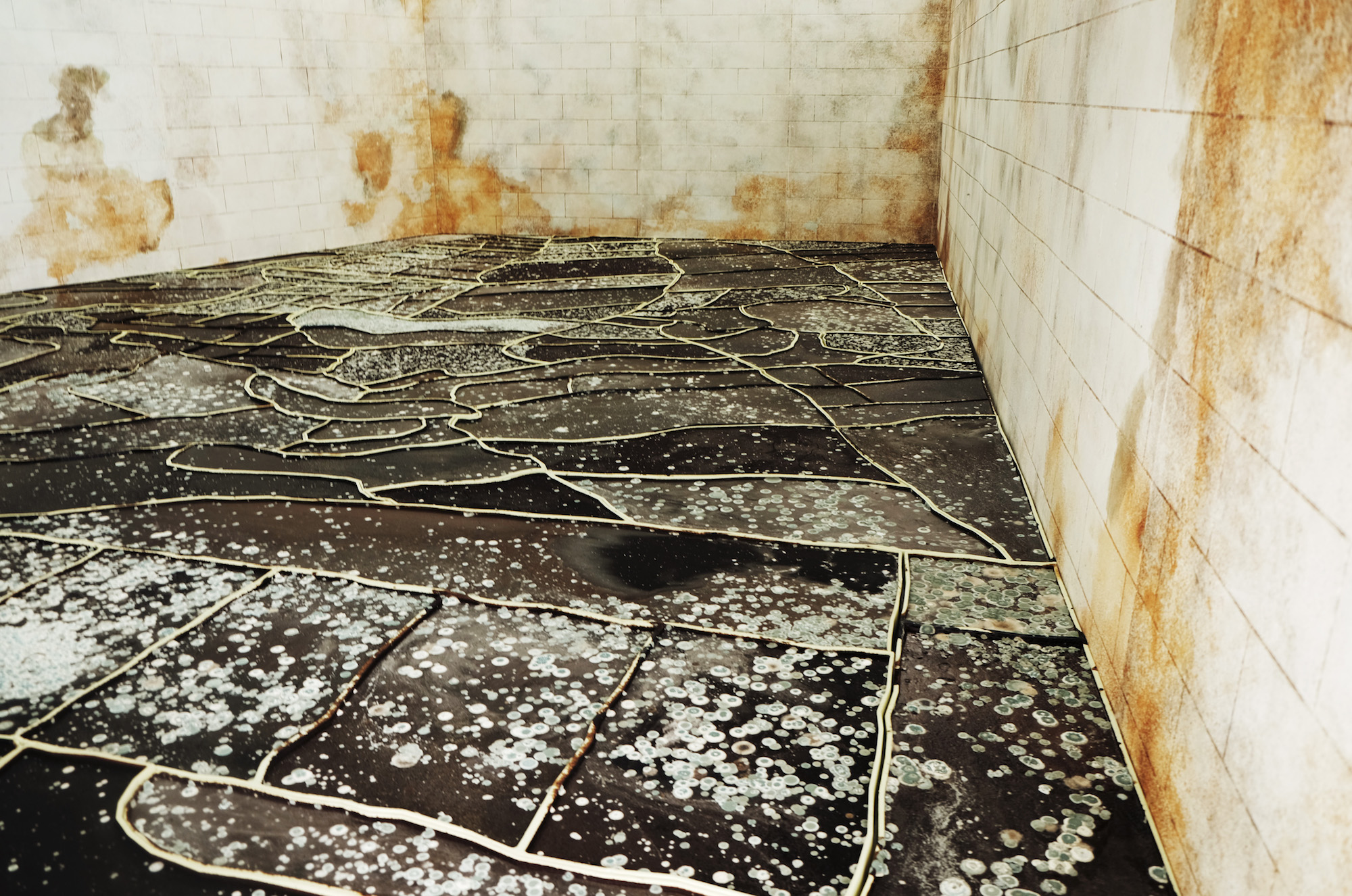 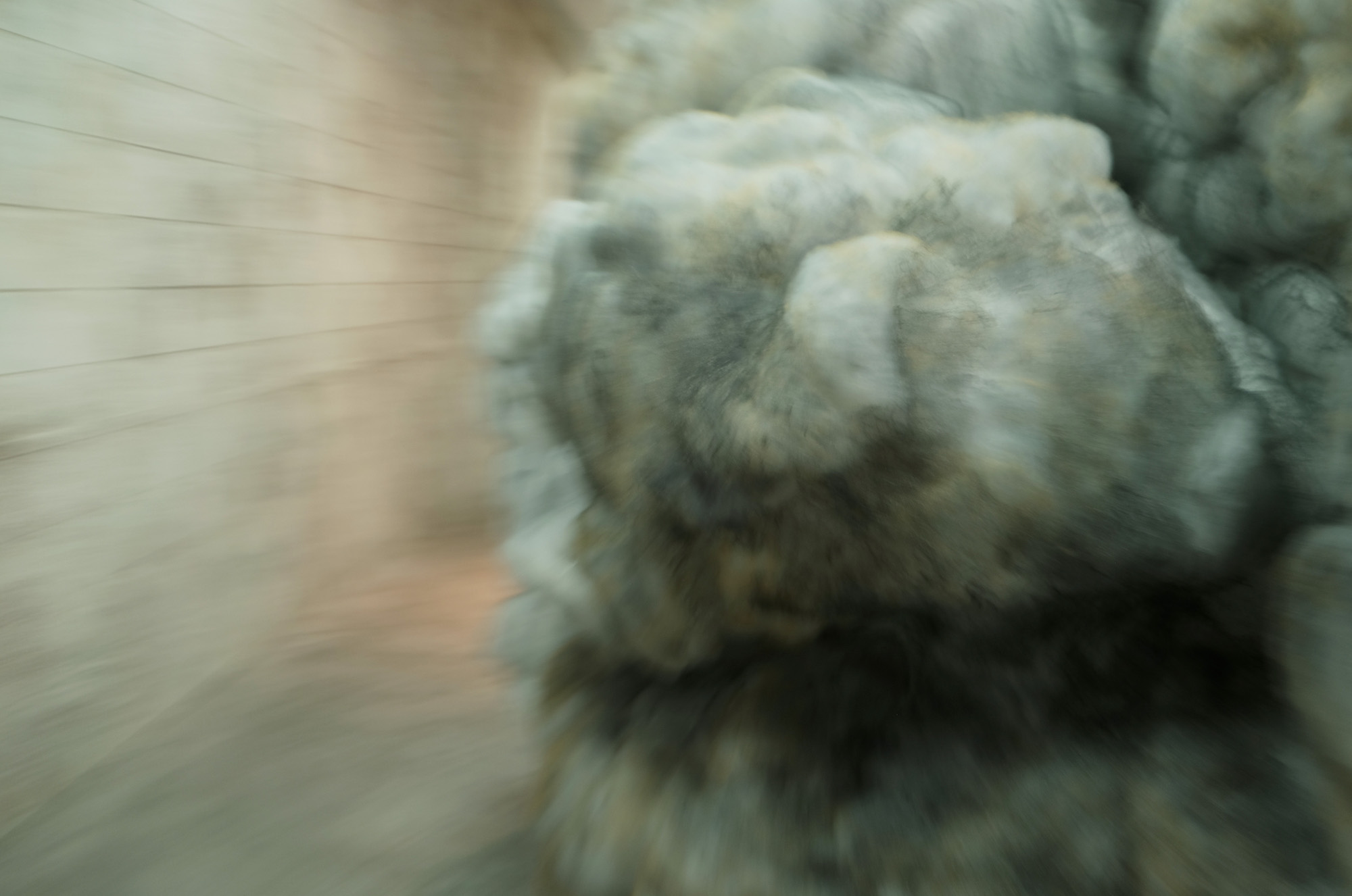 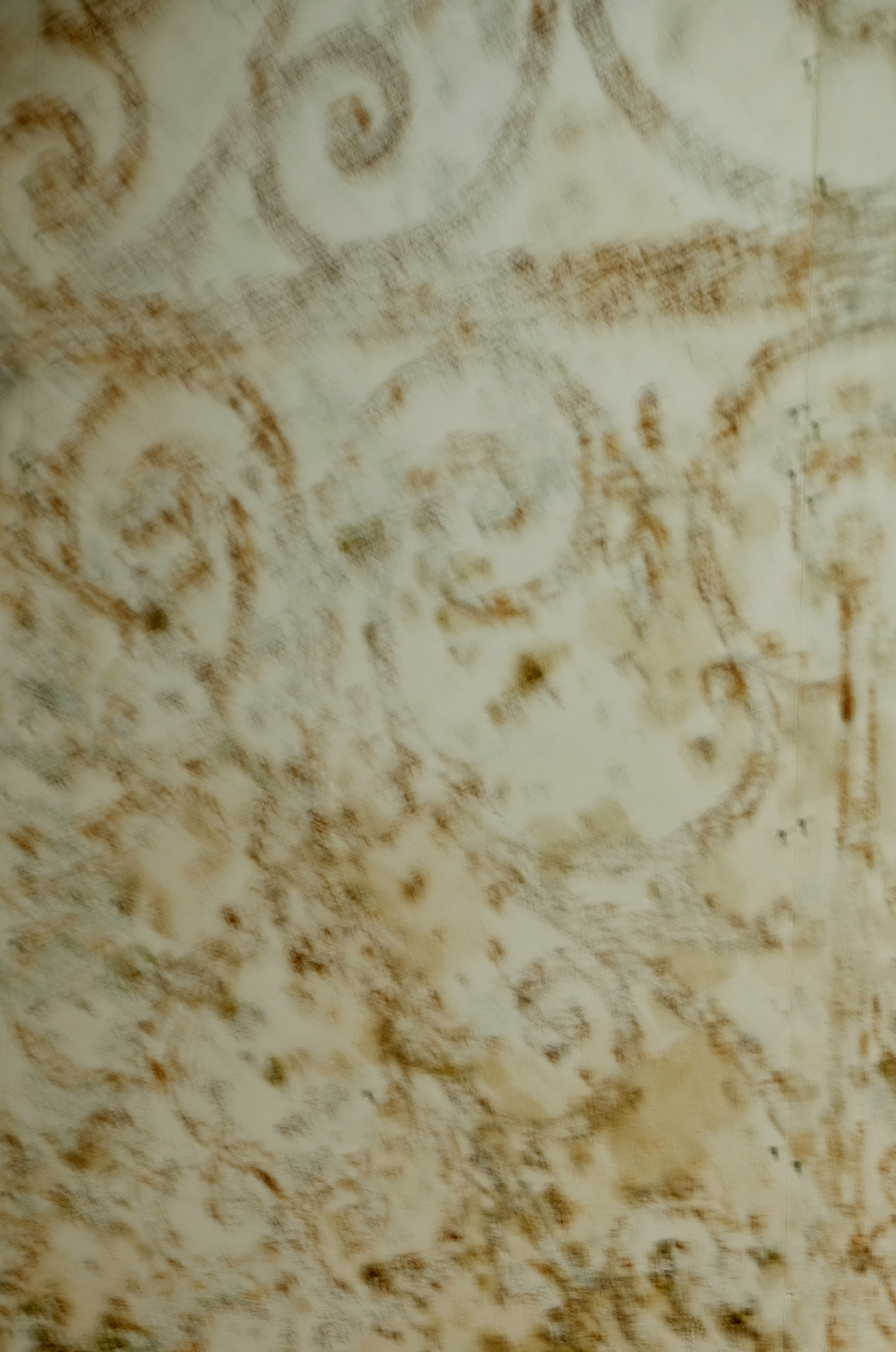