The Chinese artist’s impressive body of work takes over the Maxxi Museum in Rome and overwhelms its intrusive architecture, which becomes a metaphysical setting where ethnic knowledge and cultural references are brutally showcased.

Ping’s esthetic language is powerful and spectacular while managing to be poetic and tragic at once. This intensity creates silent moment of pathos and evokes ancestral fears that push the visitors to a cosmic reflection.

The exhibition features an hypnotic Taoist temple in constant movement, a minaret shaped in the position of a missile, taxidermied and beheaded animals beautifully crystallized in their hierarchy of survival, a miniature mountain of Bugarach in France, which represent a symbol of esoteric tourism as it was considered the only place to find escape from Maja’s 2012 apocalypse. The centerpiece of the show is the monumental skeleton Bâton Serpent that winds between the geometry of Zaha Hadid’s architecture with its enormous aluminum spine. Its sinuous movement links together fine anthropological compendiums to our existential doubts, investigated with subtle insight by the great avant-garde Chinese artist. 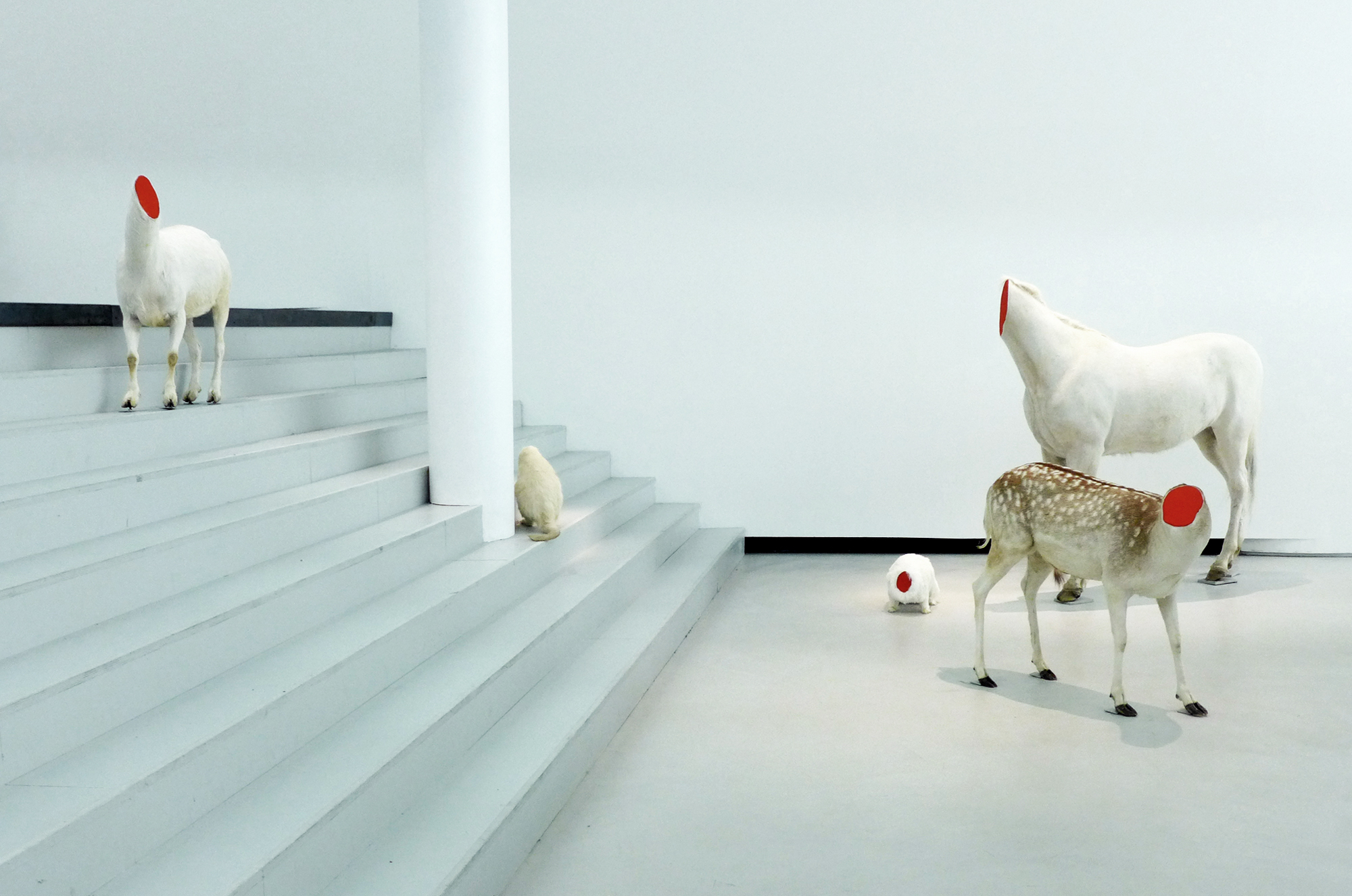 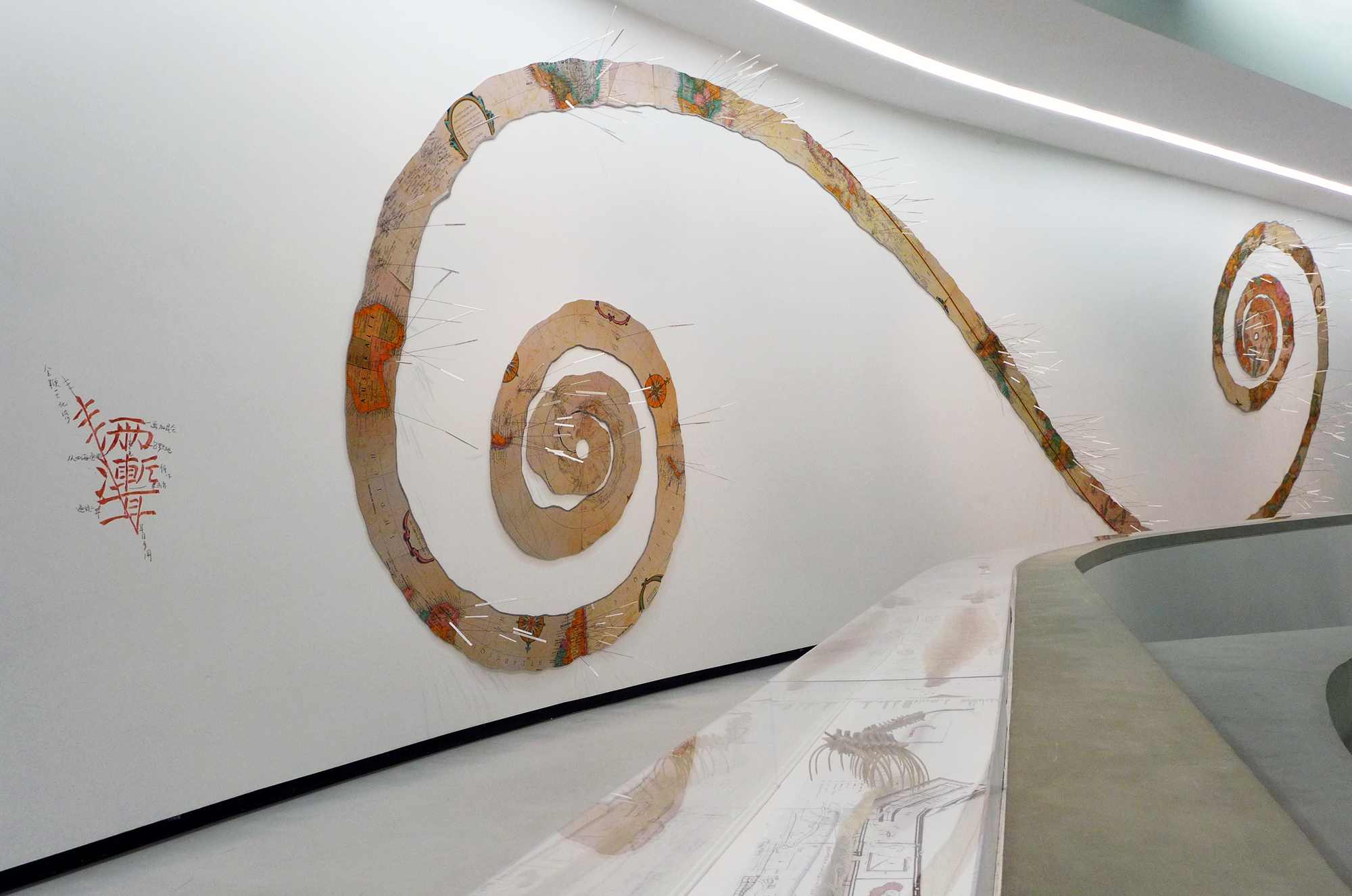 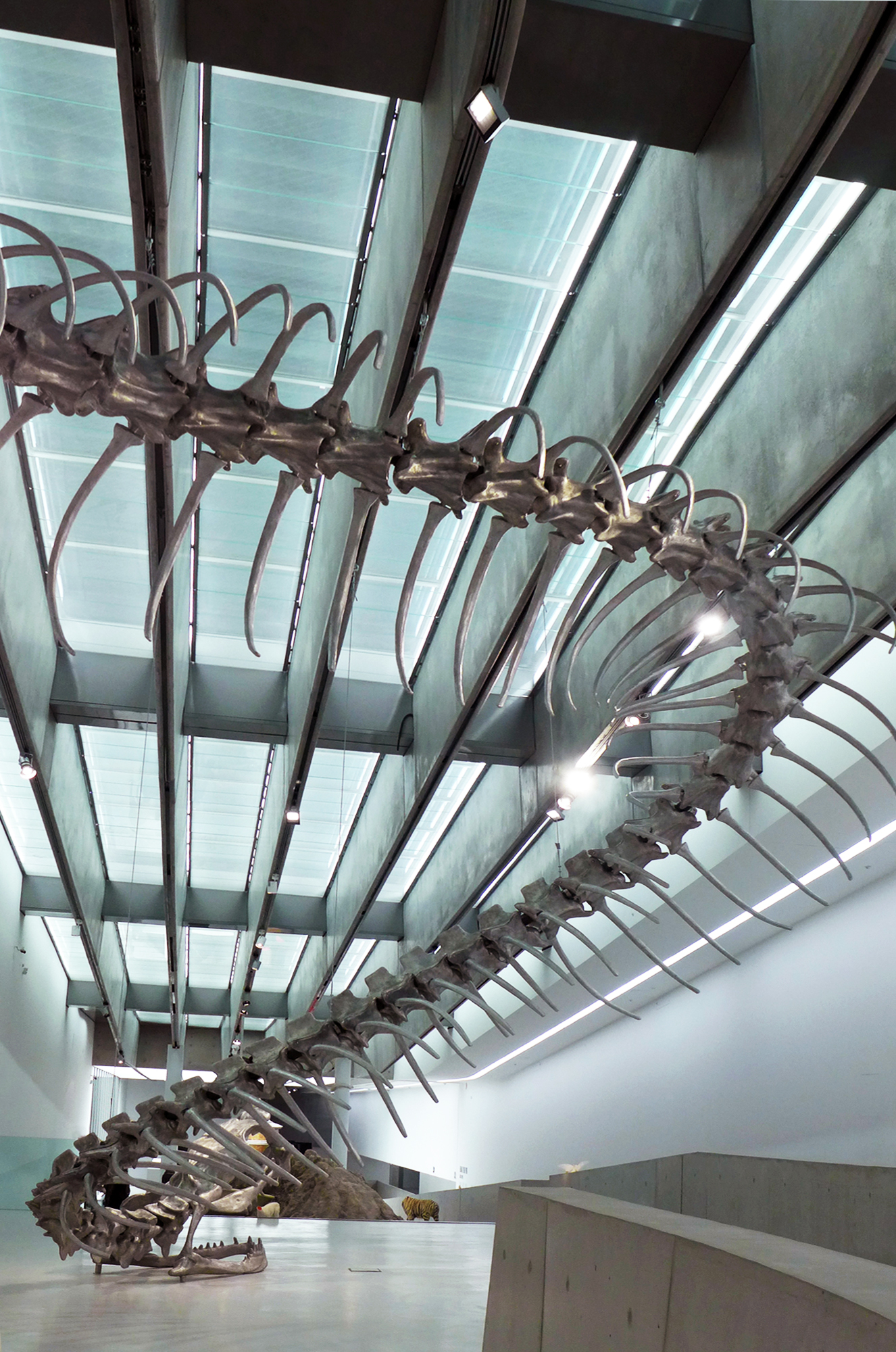 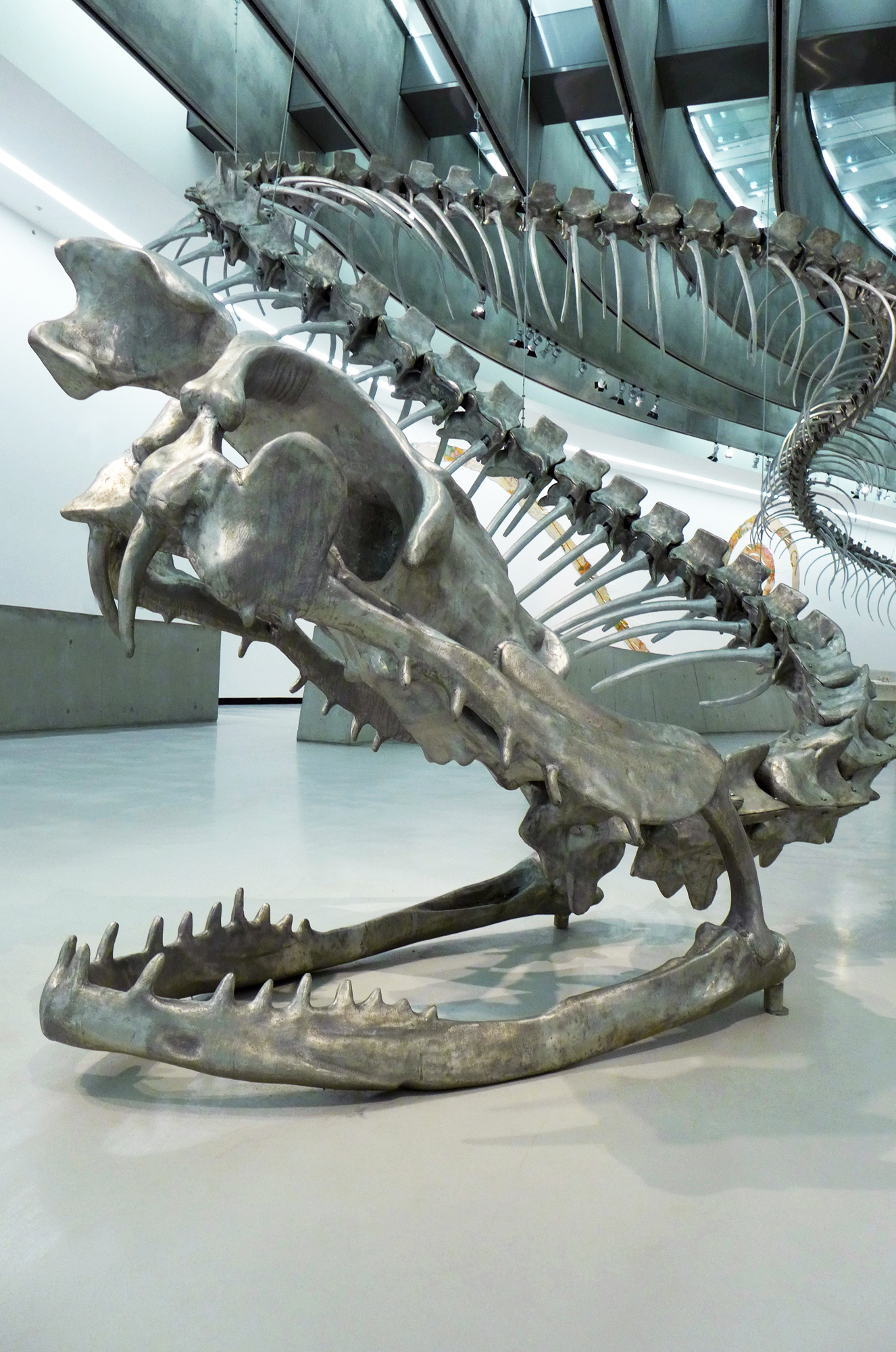 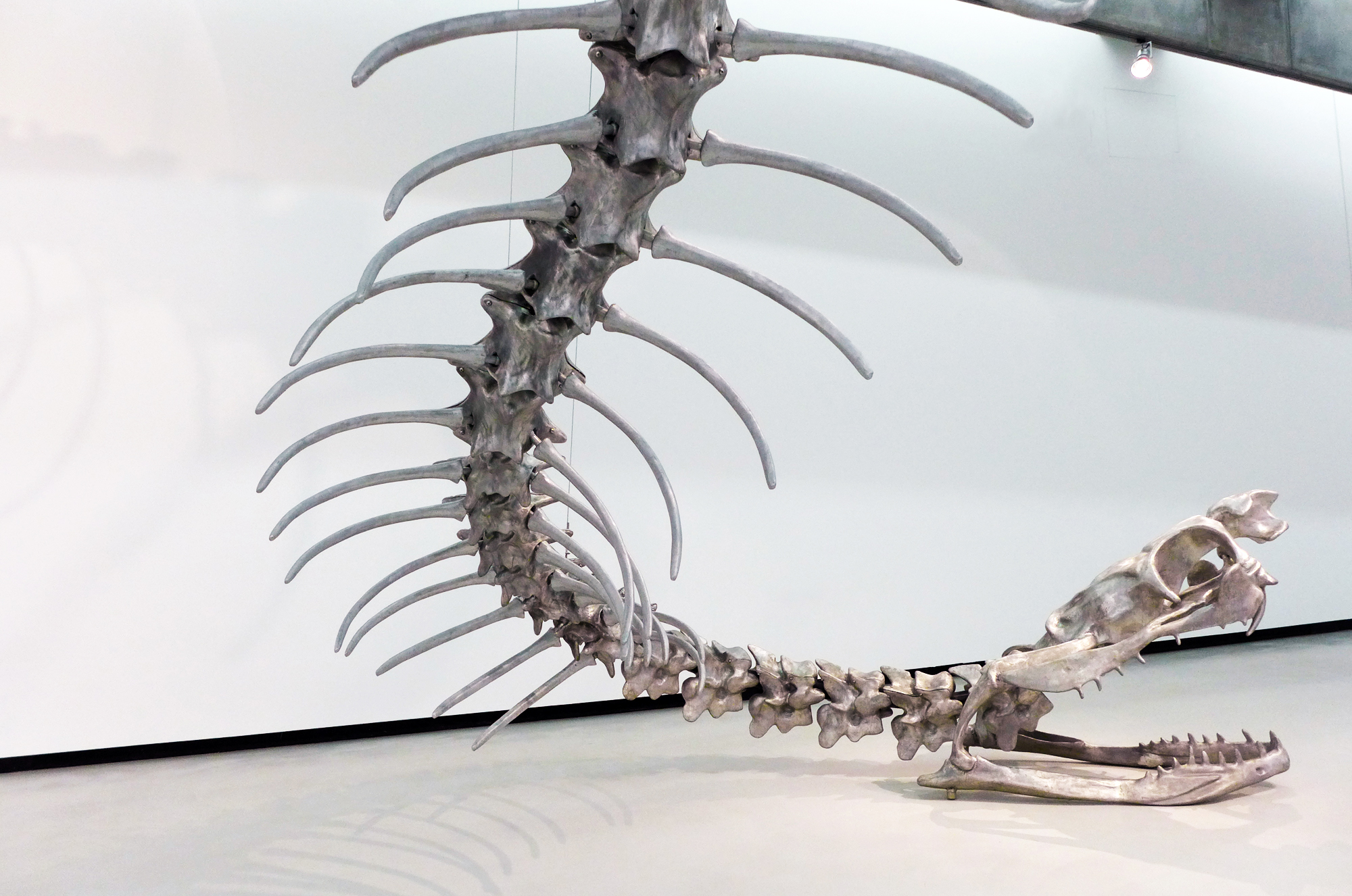 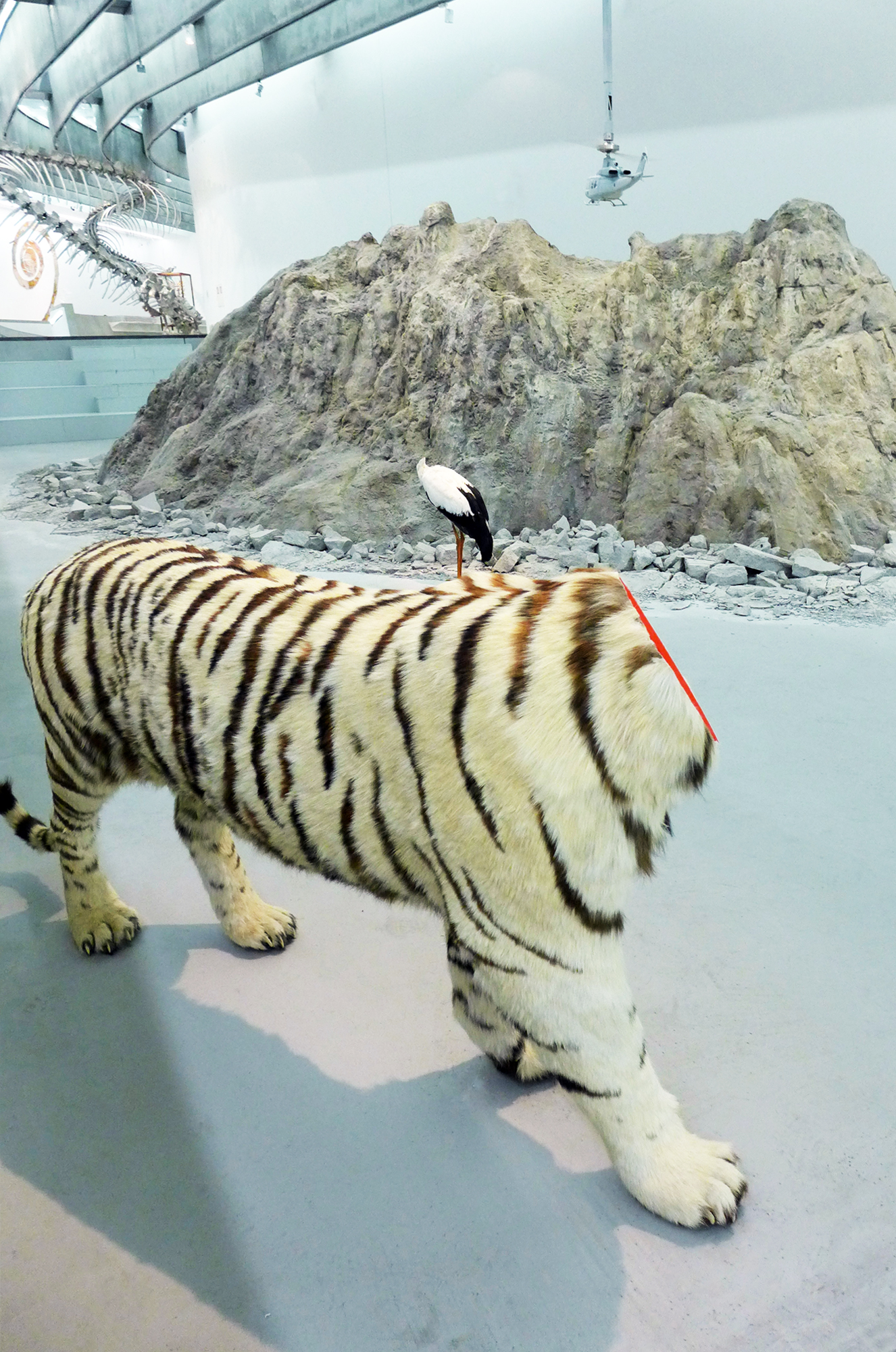 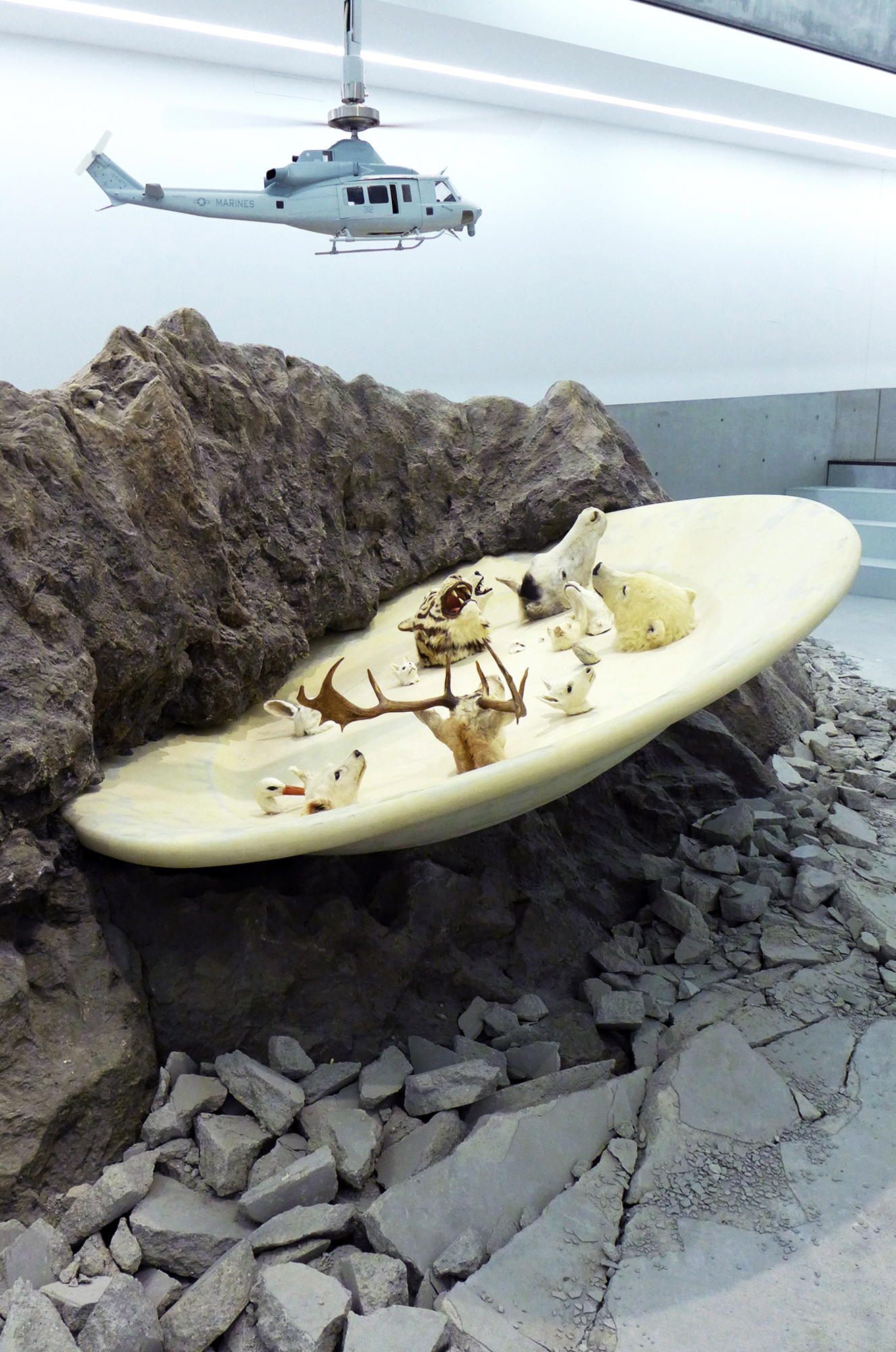 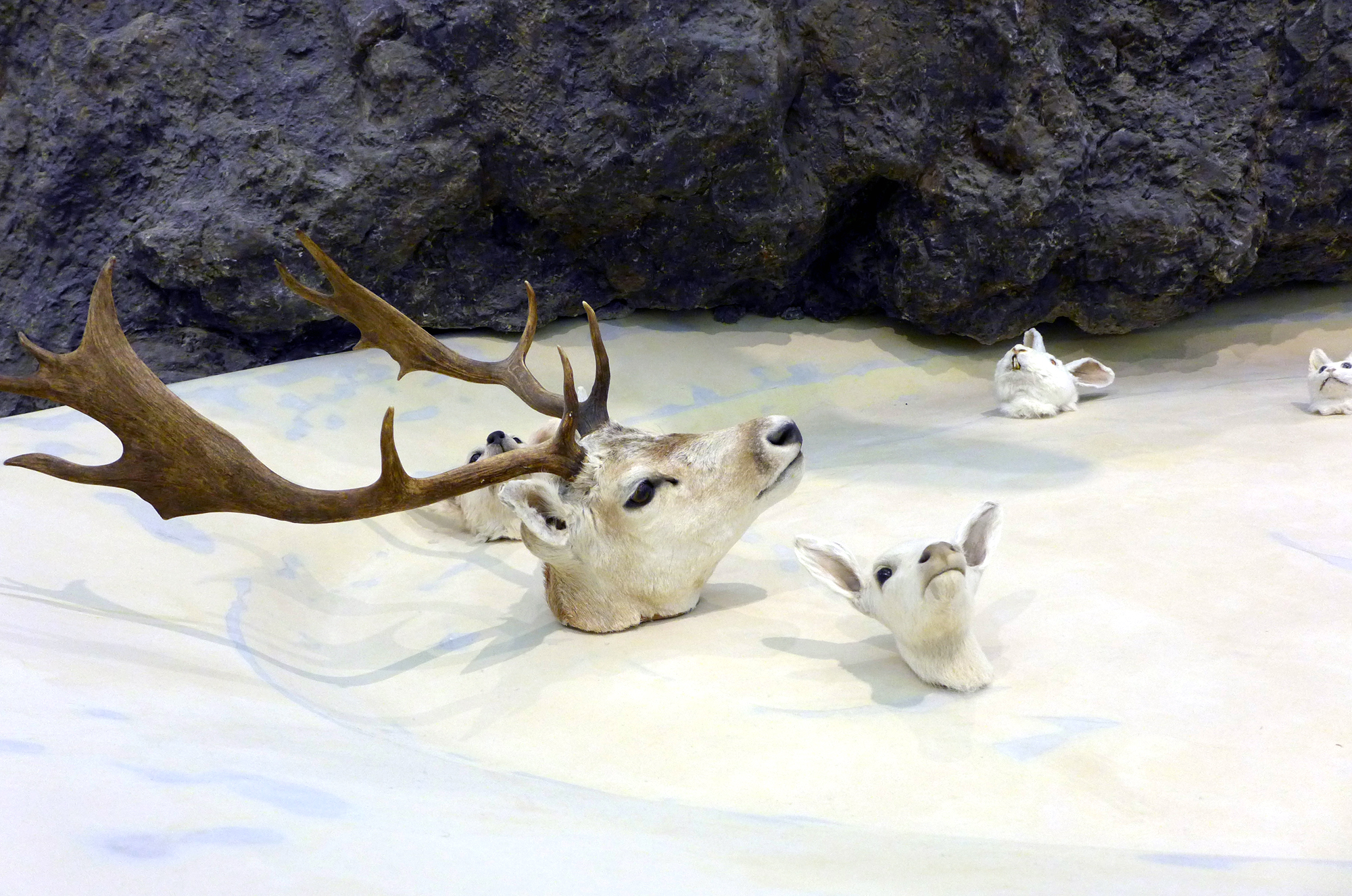 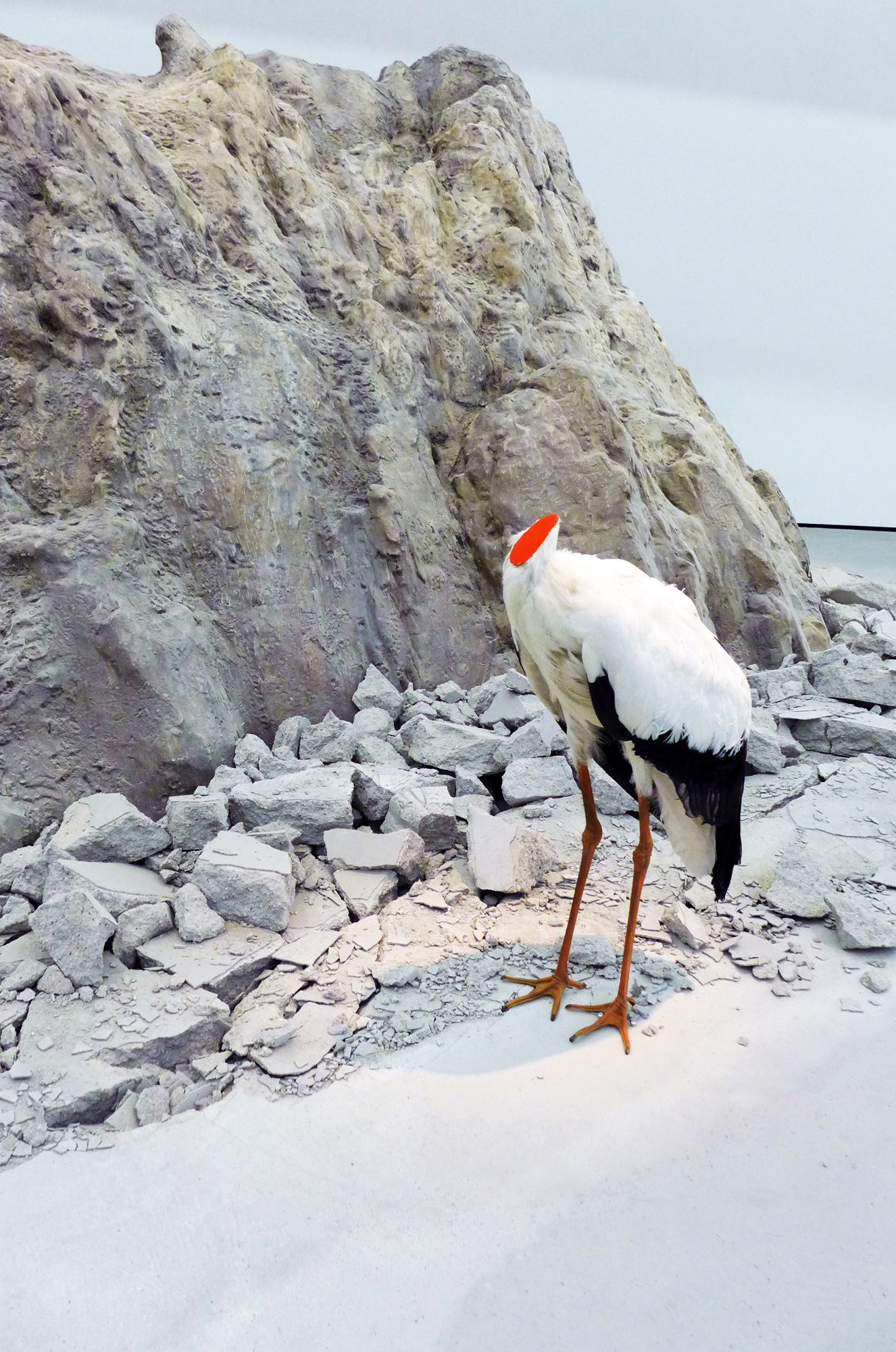 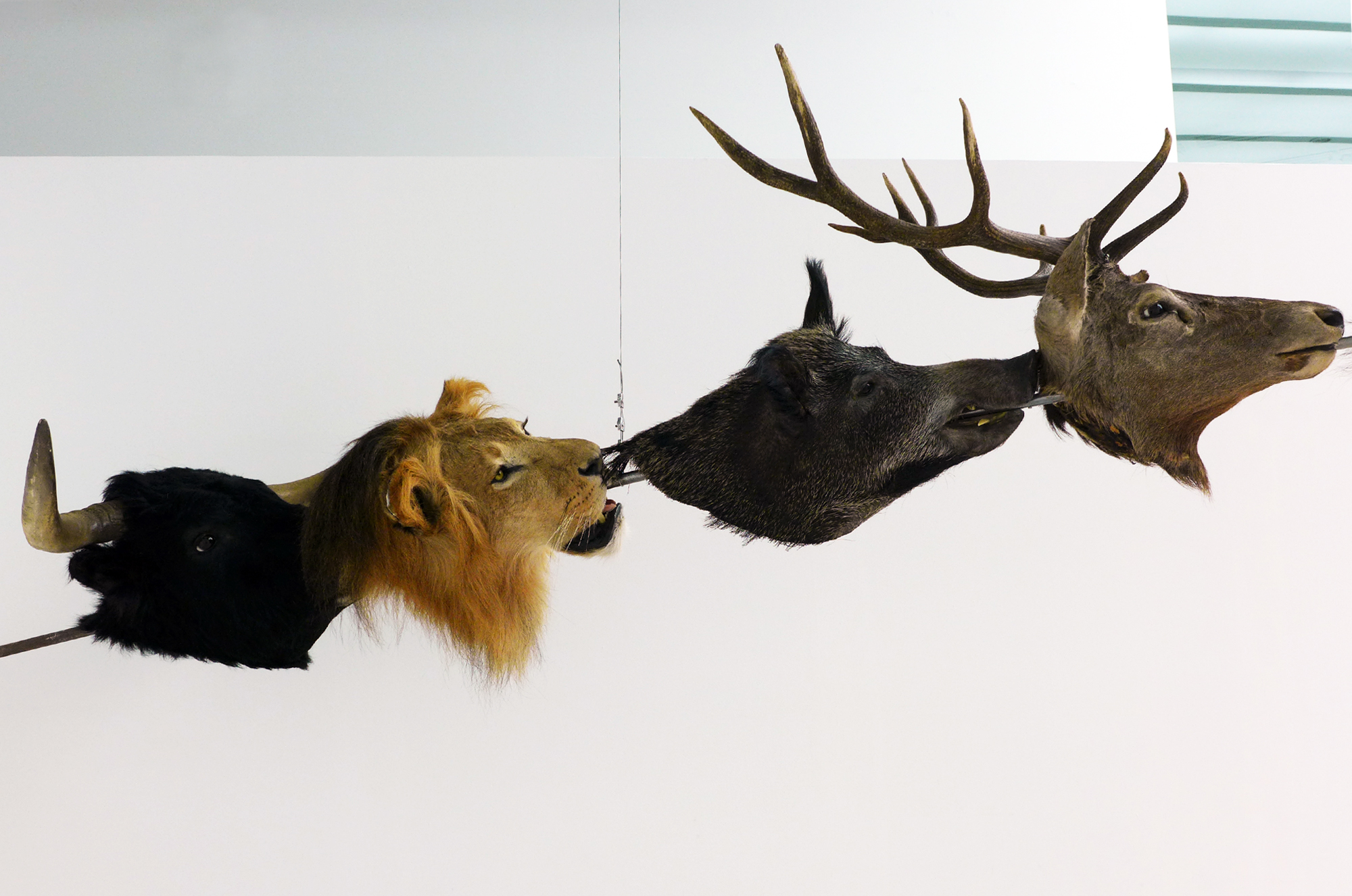 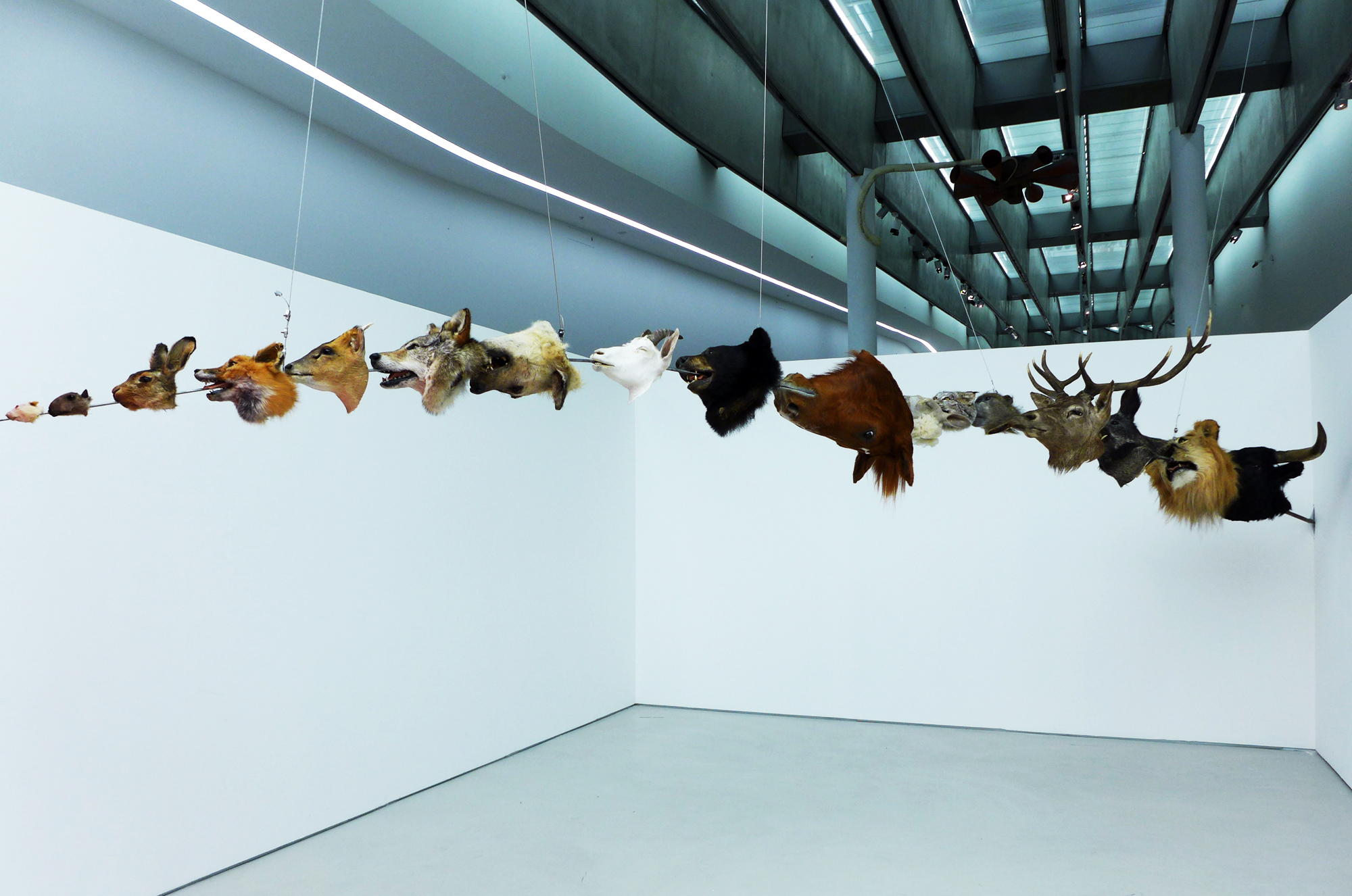 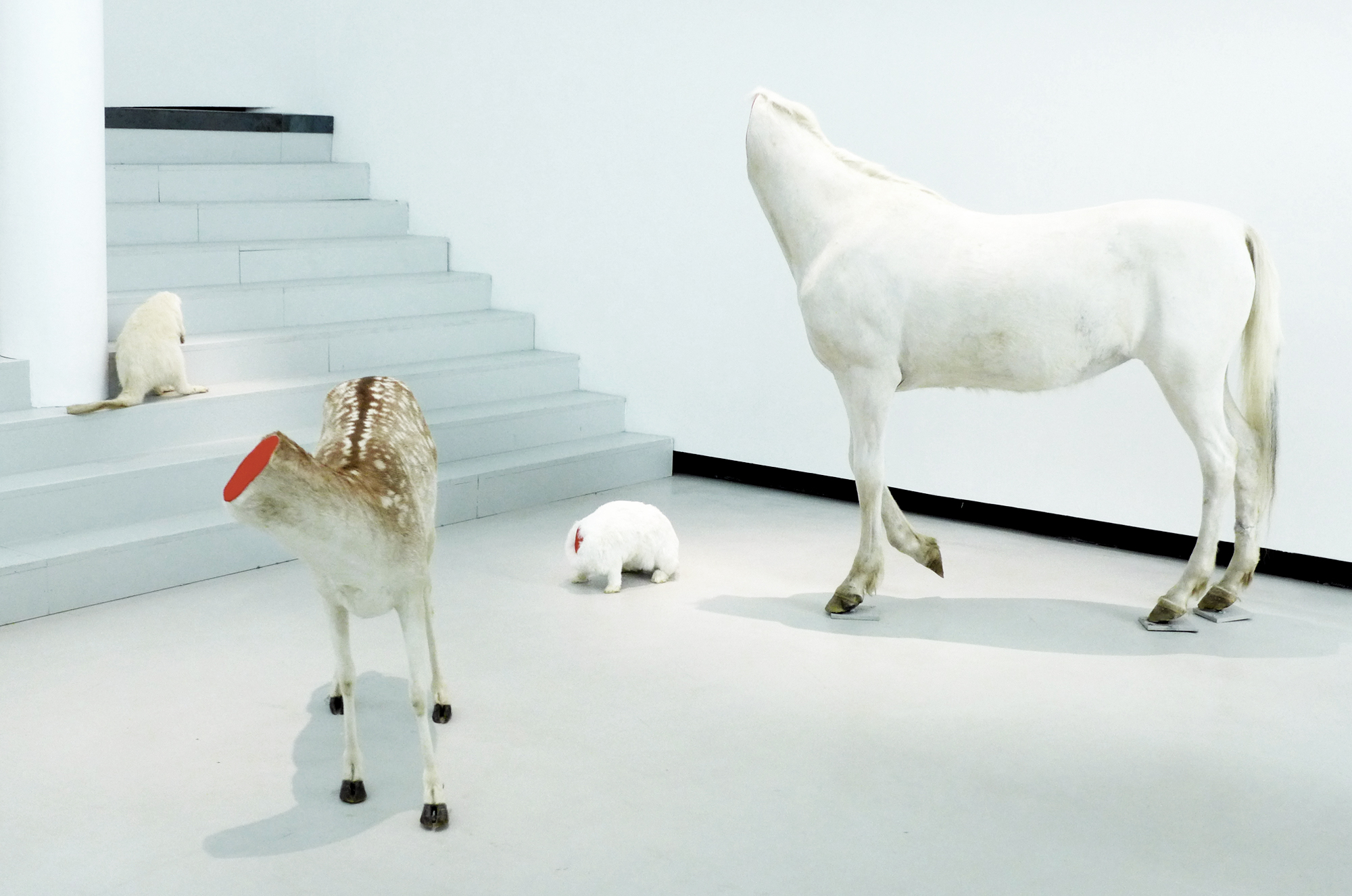