There is something unique about Israel that is hard to put into words. The richness of the history and culture, the bewitching ancestral sense of belonging one experiences once stepping into the holy land, the contagious joy of living, the restless energy, a certain intimate connection with nature and our primitive roots.

Israeli designer Gittit Szwarc cherishes this unique combination of elements and translates into her creative project Knobbly Studio. Under the amber sunlight of Jaffa, Tel-Aviv, Gittit and her team have been developing for the past threee years a line of handcrafted jewelry and locally produced dailywear. But Knobbly Studio is much more than that. Szwarc sees it as a meeting point for mind-linked personalities, a sort of open lab in constant development, and her way to connect to this bizarre time we are living in, where virtual relationships are quickly replacing real interactions between individuals. But Gittit approaches social medias as a place for ideas to resonate, a tool for creative exchanges, which eventually can lead to successful collaborations such as the one between Knobbly Studio and artist Laurie Franck. Laurie and Gittit met through mutual appreciation via social networks and after some brainstorming the two came up with an idea for a t-shirt, printed with Franck‘s minimalistic drawings of female nudes. Szwarc, who was trained as a jewelry designer, took classes to master silkscreen printing and learnt how to make clothes from scratch. The t-shirt was made and got viral on the network, so the two decided to carry on the collaboration and extended it to jewelry, which quickly became another hit. Oddily enough they had a full-fledged business relationship for over a year almost exclusively via Instagram’s direct messages. Finally Franck made her way to Tel-Aviv and the project got proper structure. Their virtual exchanges became the subject of a fanzine, including drawings, photos, and text messages from one year of work. The zine was printed in risograph in 50 copies and sent with the first Knobbly Studio‘s orders of 2017.

Fascineted by movement and natural shapes, Gittit Szwarc‘s jewelry has always had an organic feeling, with  lines inspired by shells found on the beach in Jaffa, rocks, desert landscapes, the projections of shadows, the curved shores of the Dead Sea. Her main focus, the human body, is beautifully depicted by Laurie Franck and explored in new abstract ways. The collaboration between Knobbly Studio and Laurie Franck consists in a series of limited edition pieces that suggest a human form. At times the references are so subtle that could be just an illusion, a series of random dots and lines, since our interpretive eye is so eager to see humanity in almost anything. Each piece is made in the studio by Gittit and her team from locally sourced materials, and everything is done by hand from hammering to packaging.

On April 14th, Laurie Franck will be in Tel-Aviv again for few days, tattooing and meeting with the Knobbly Studio team. We are much looking forward to see what will come out this secon encounter. 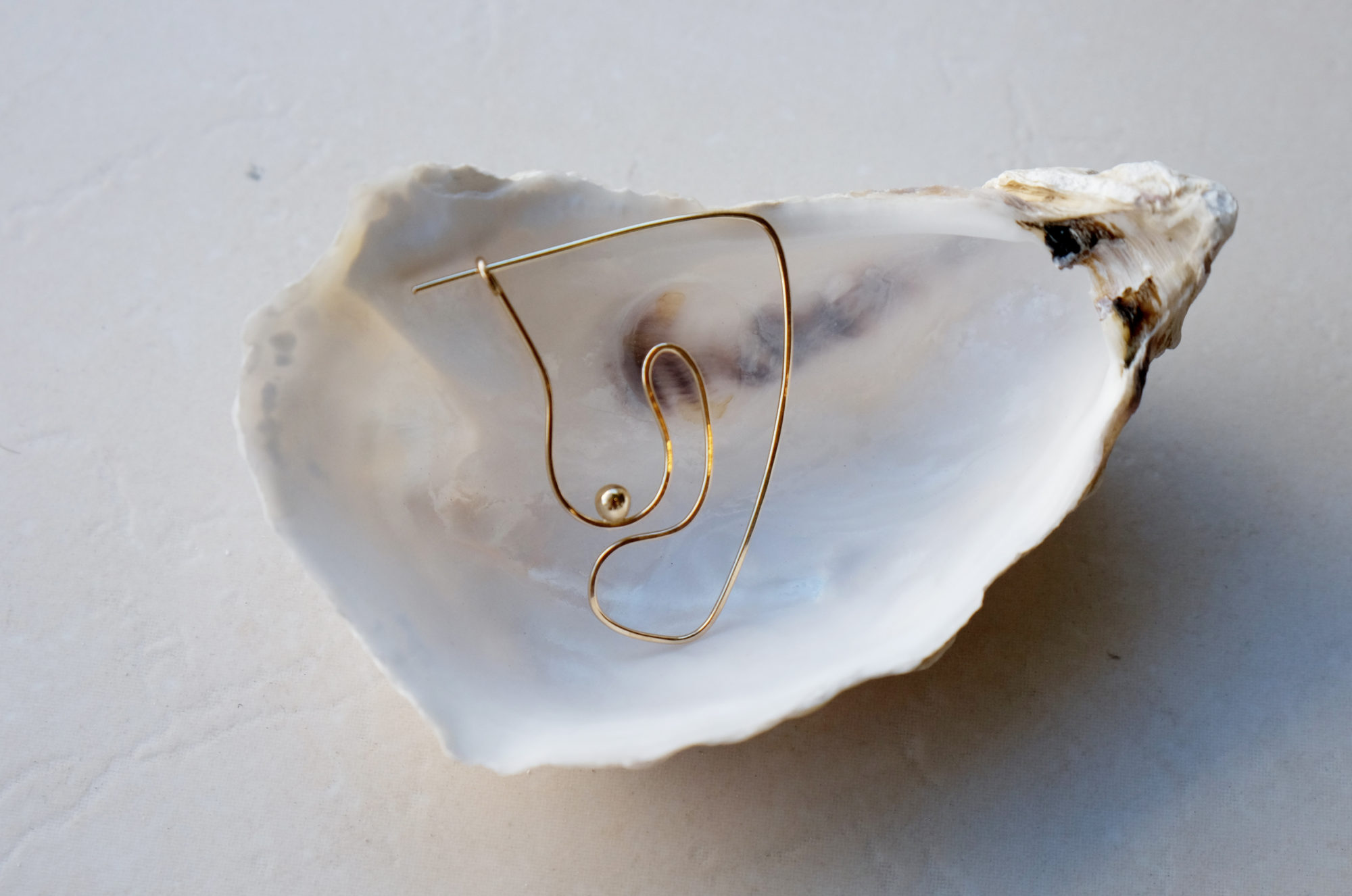 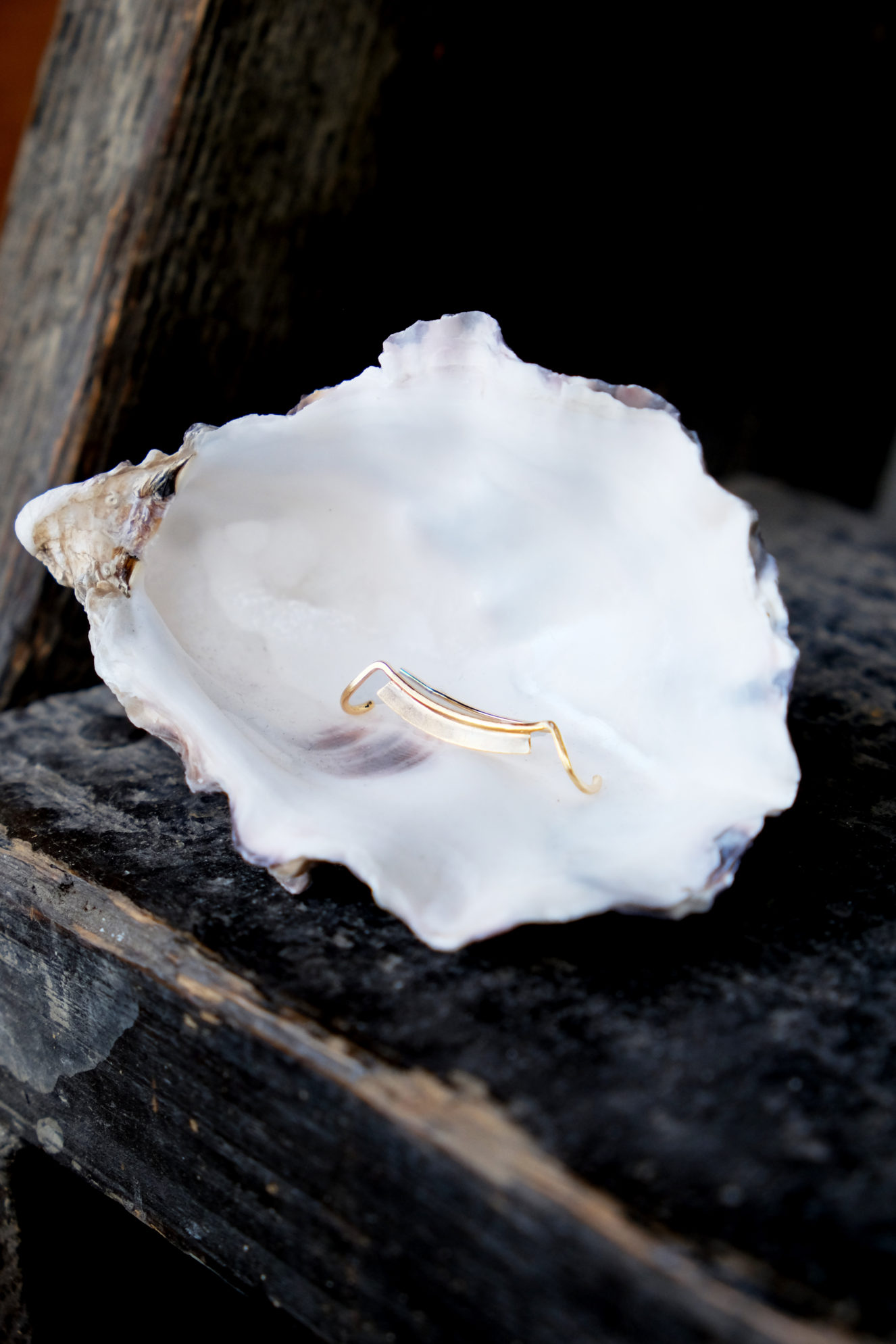 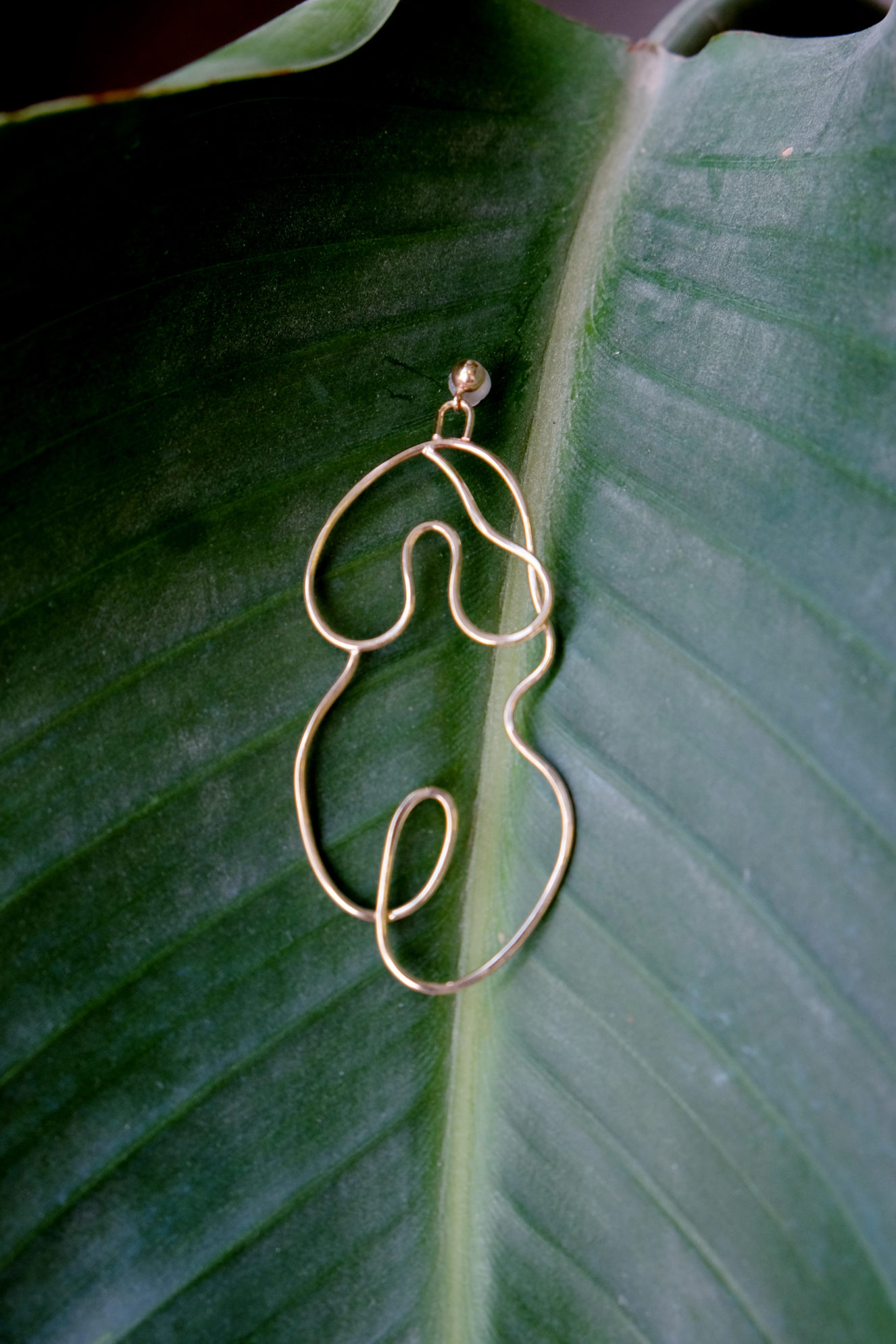 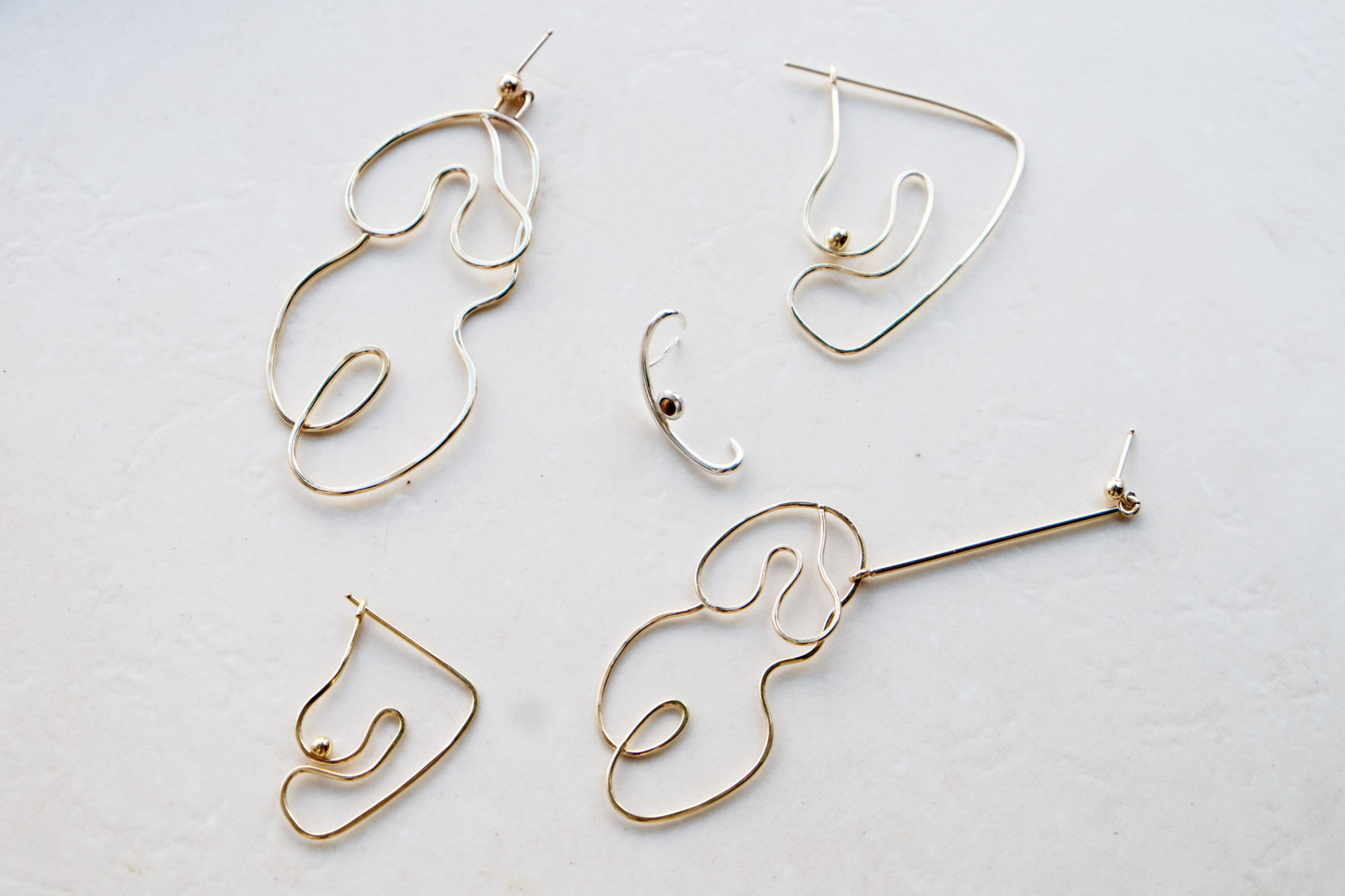 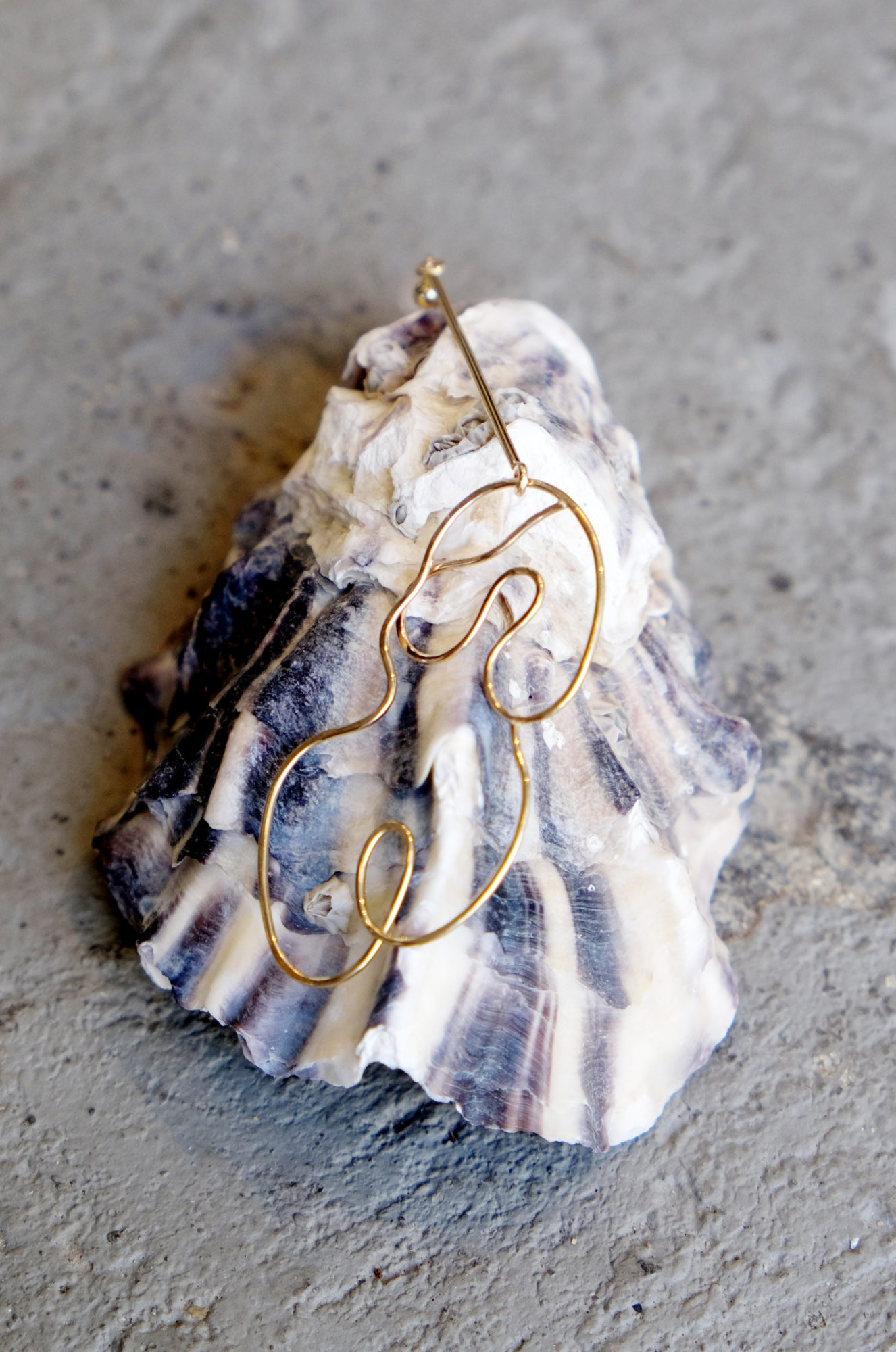 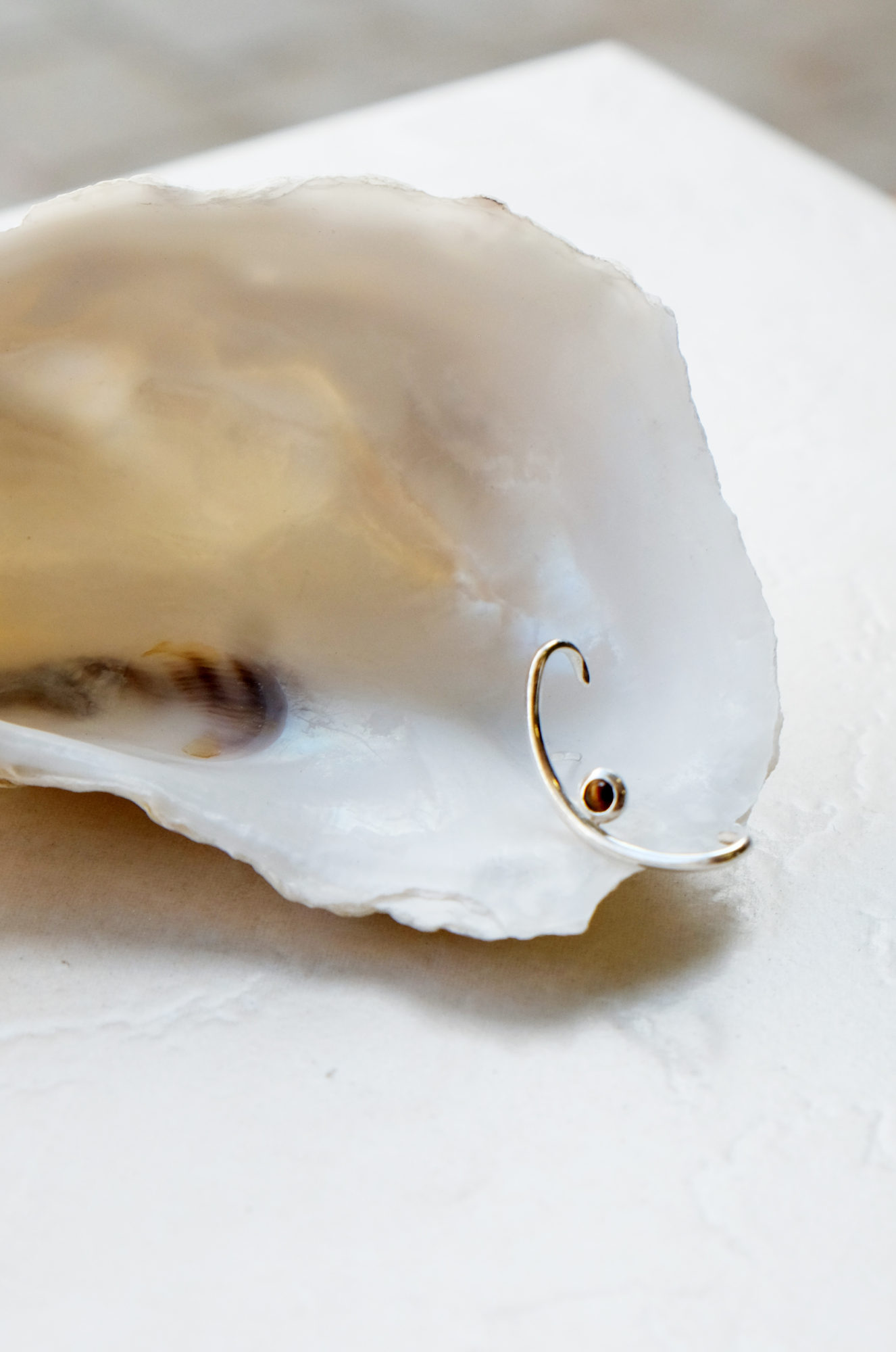 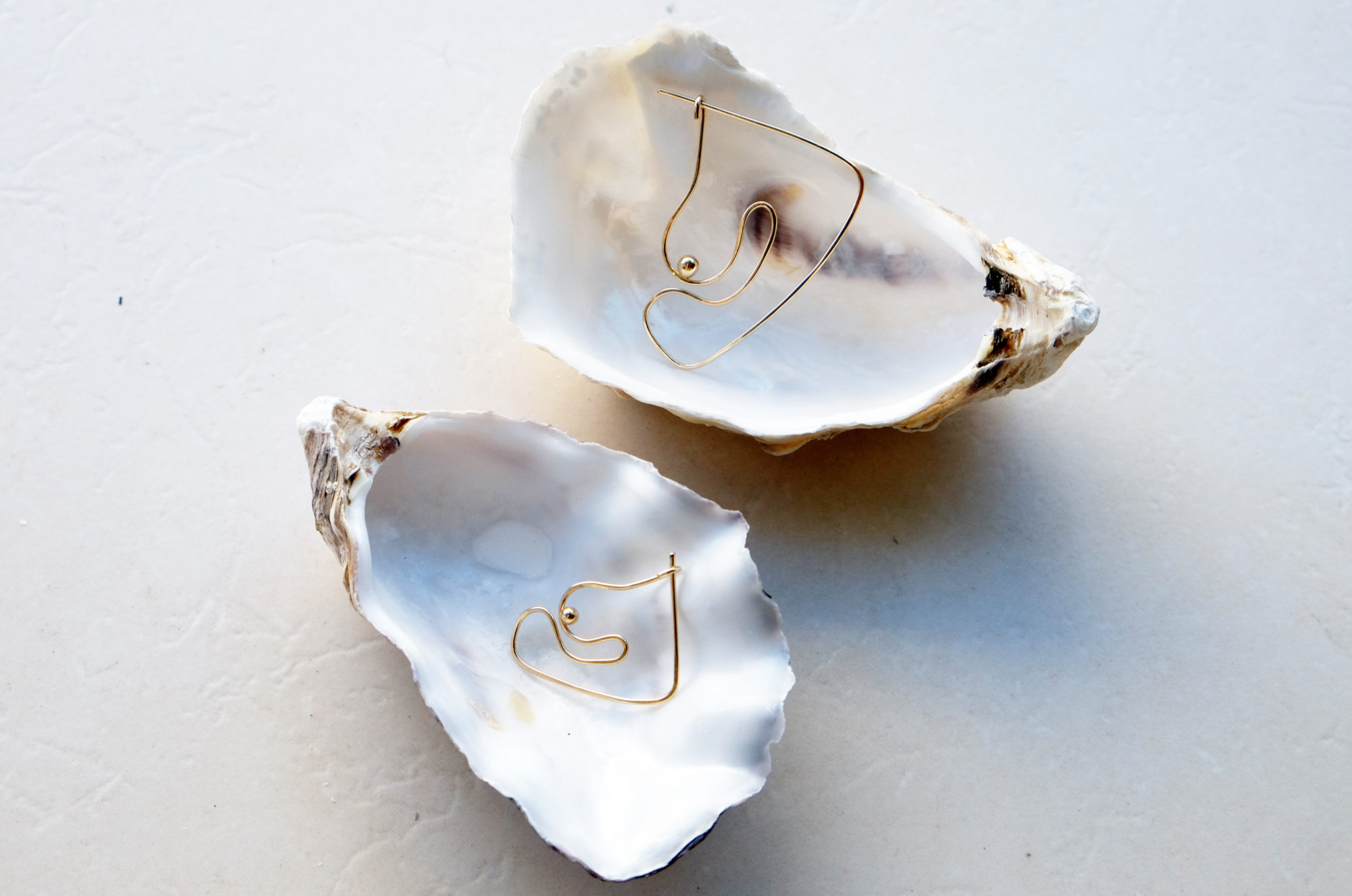 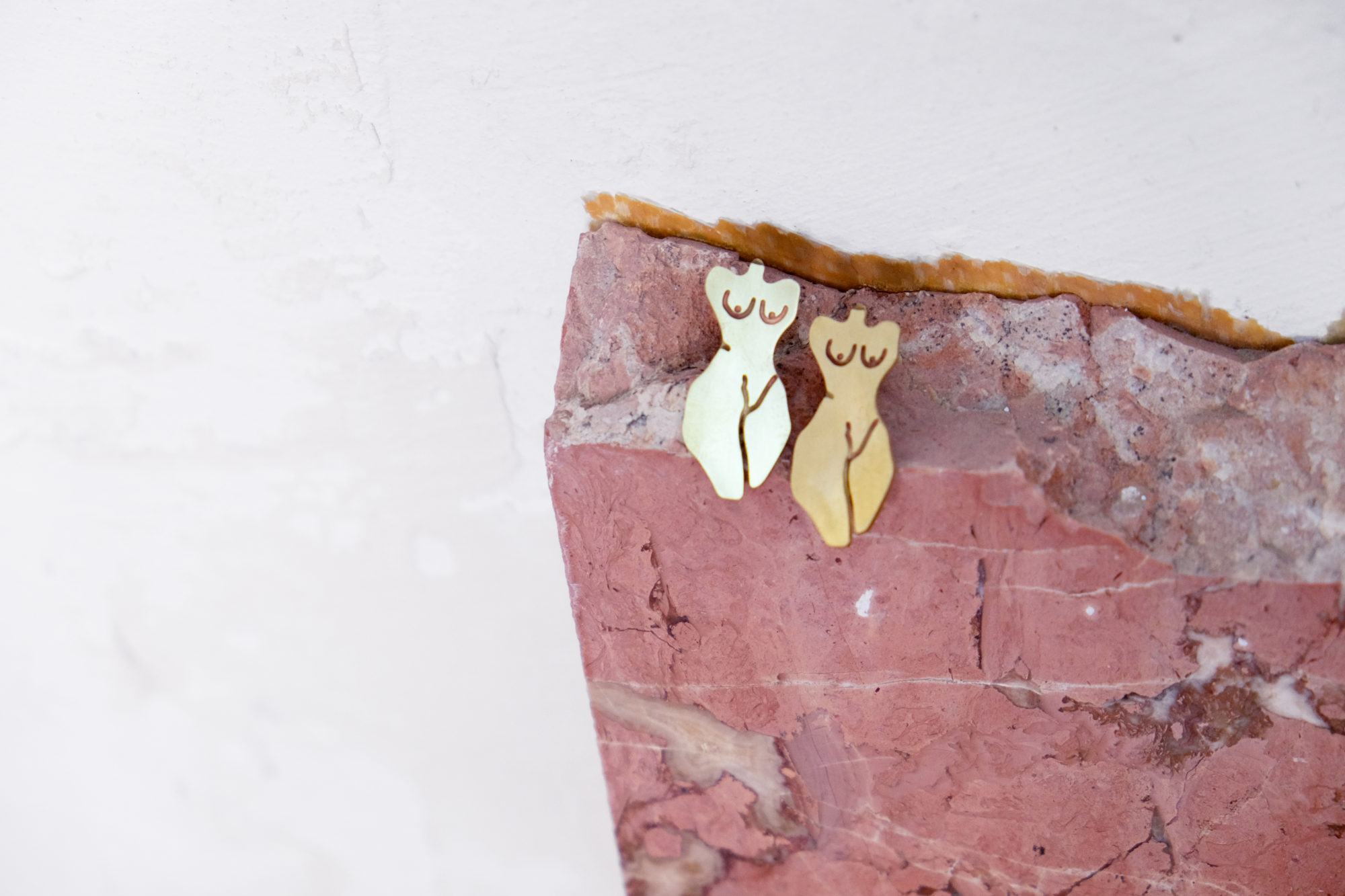 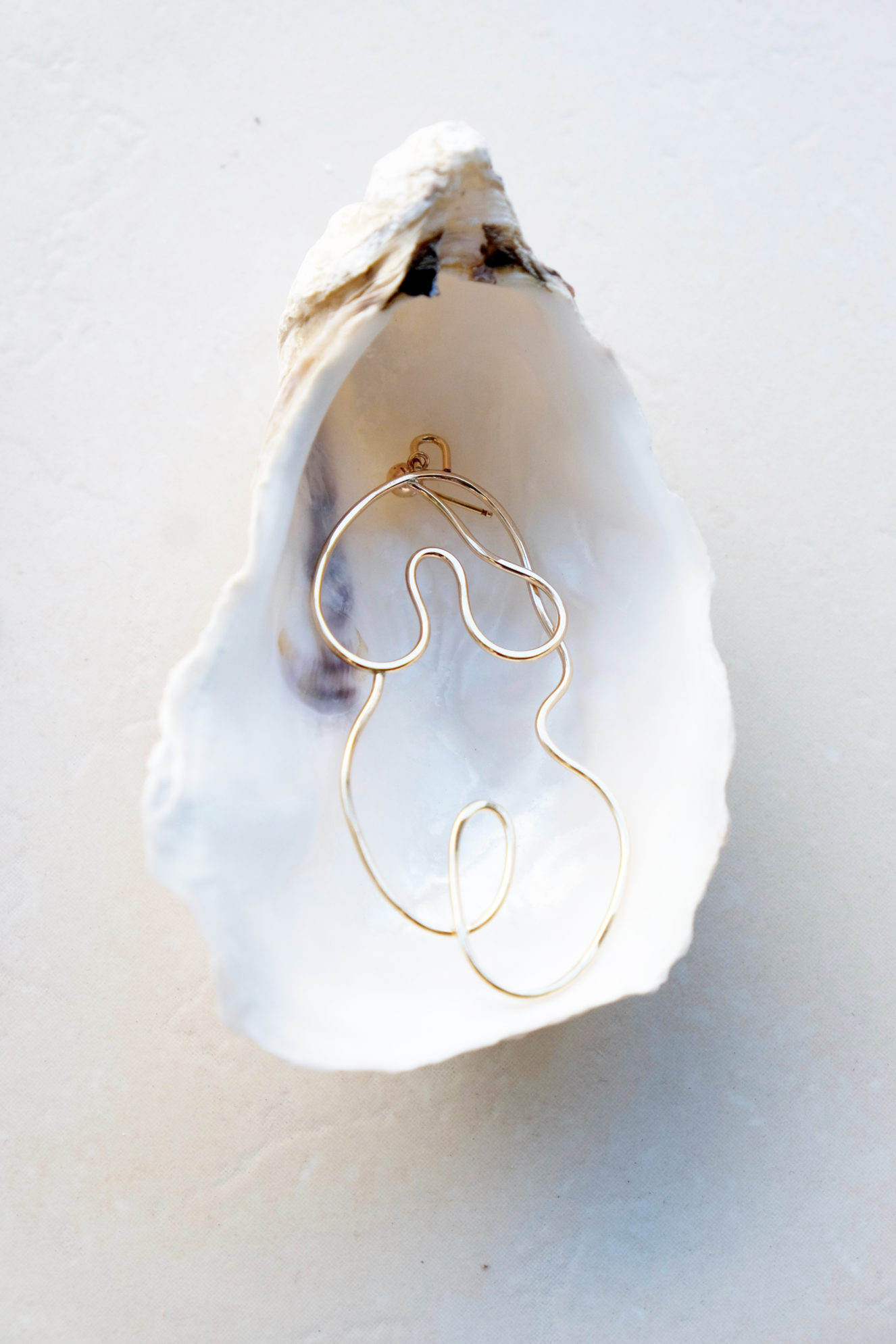 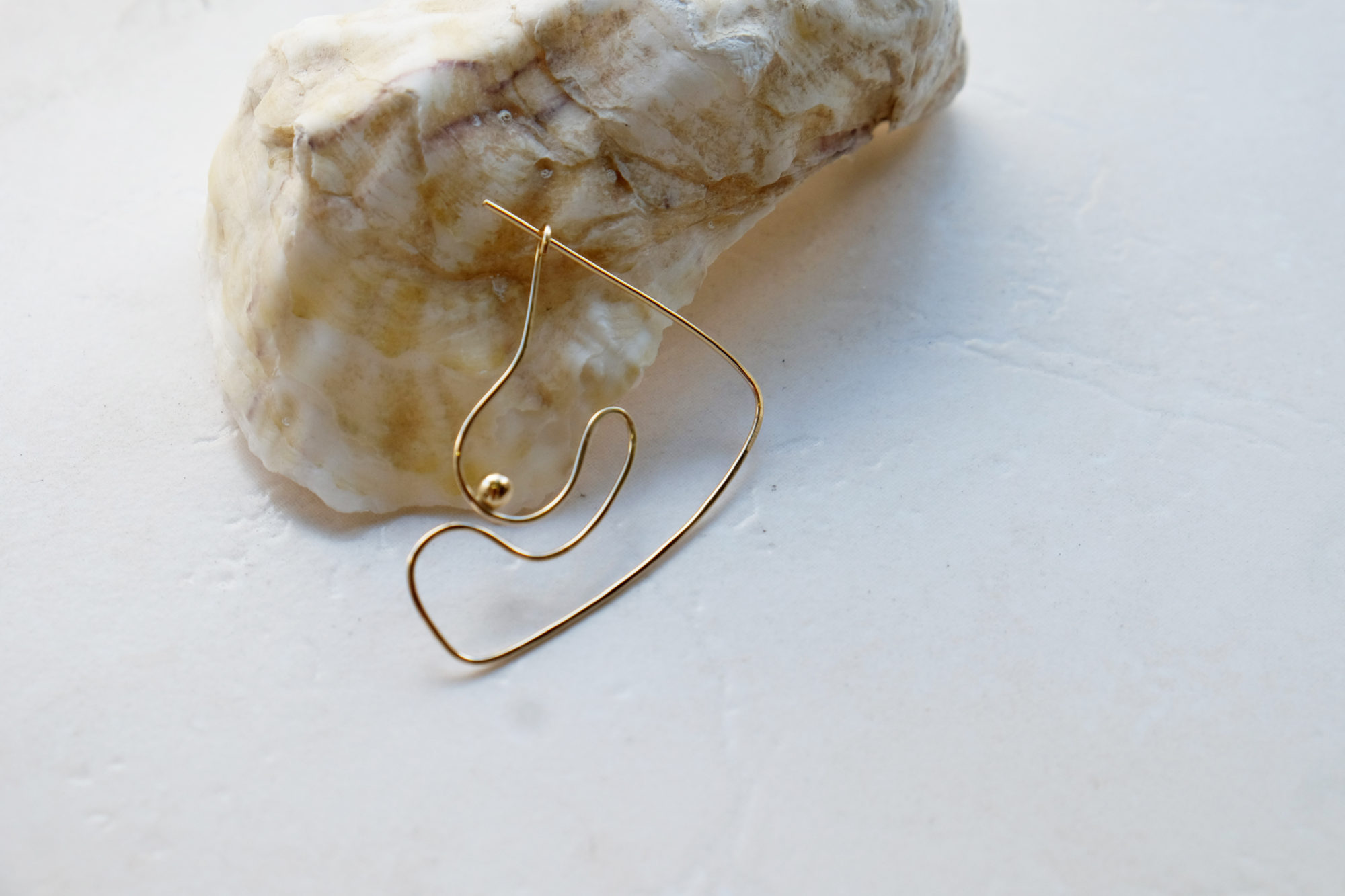 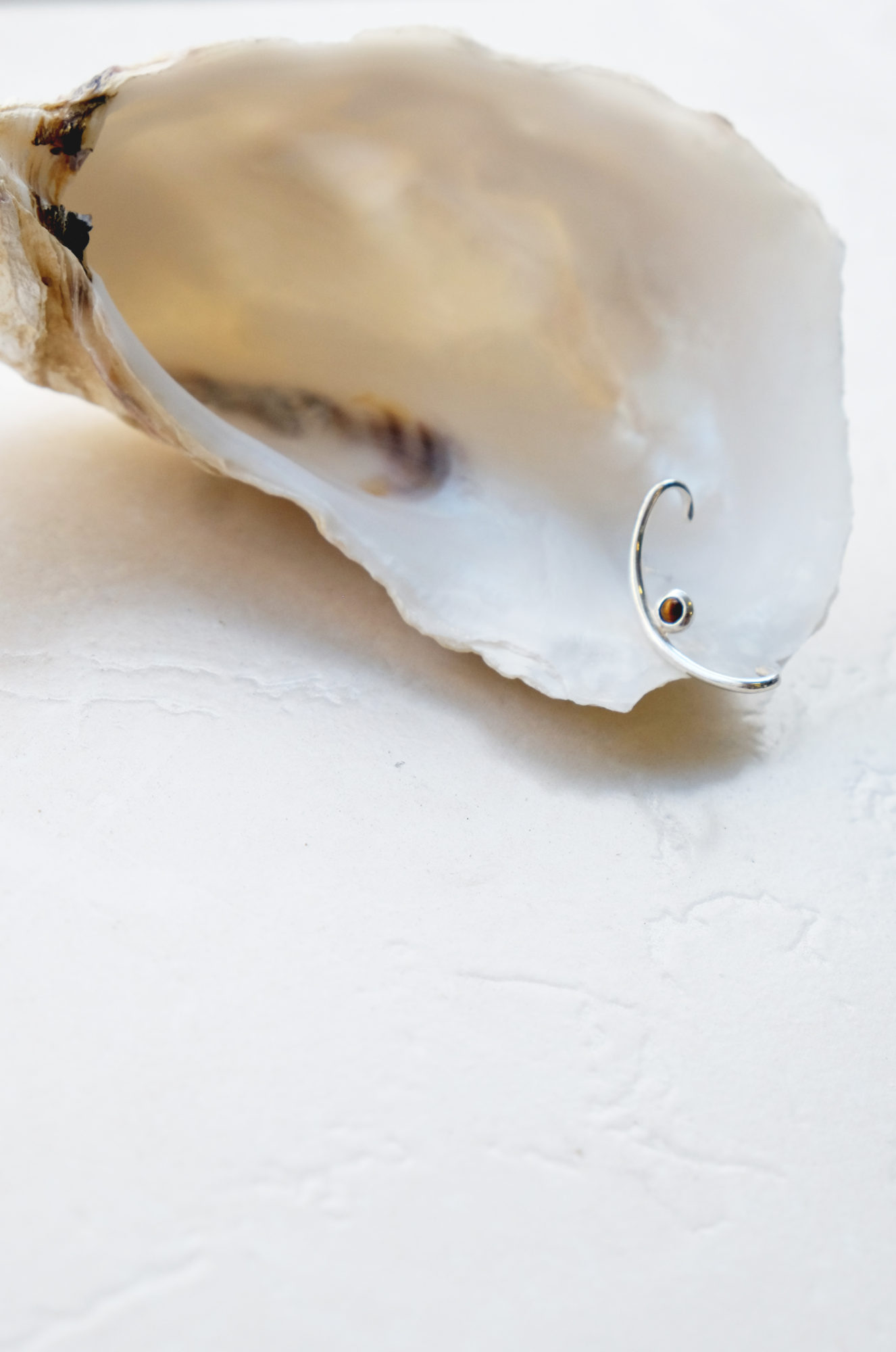 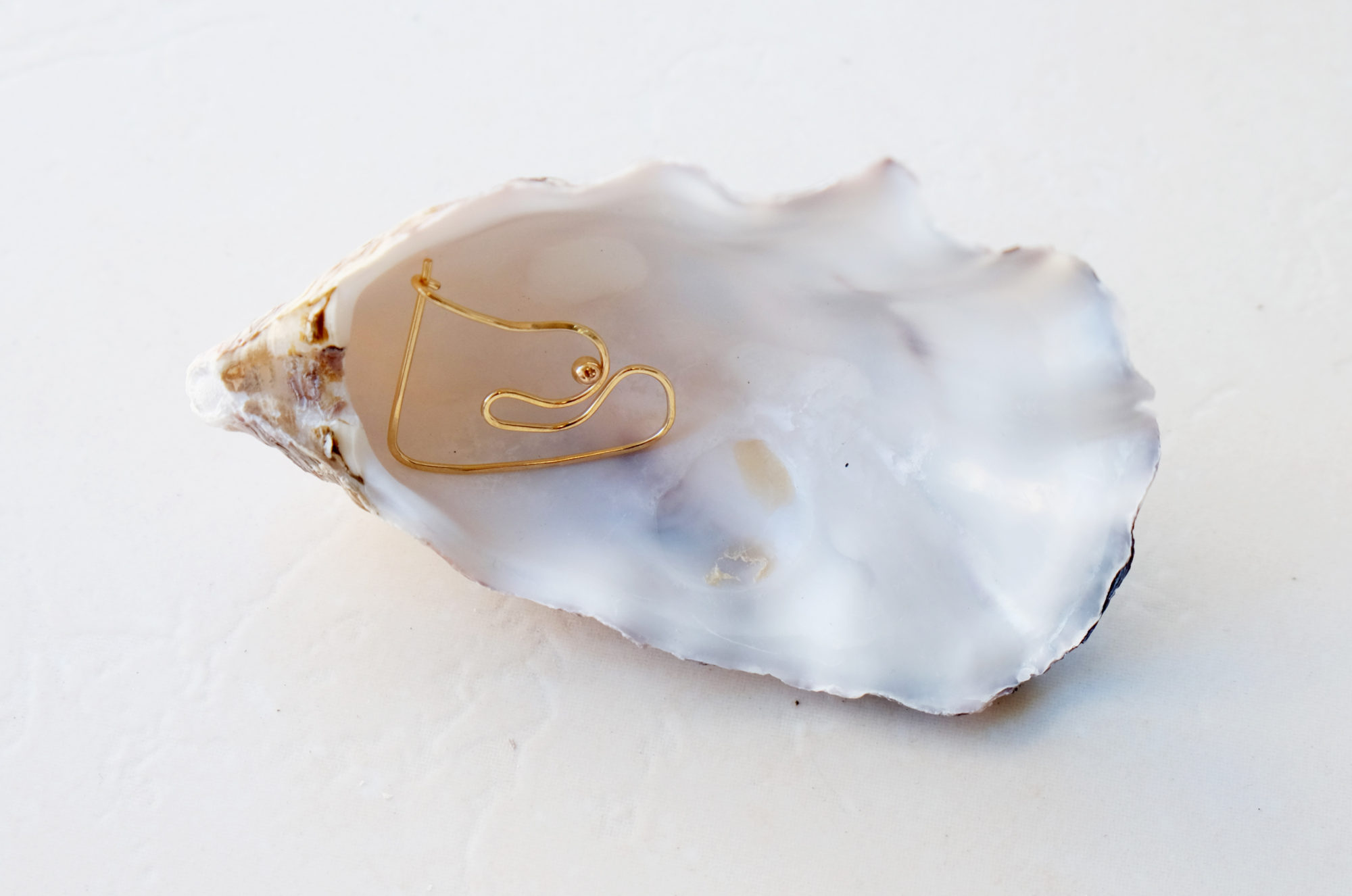 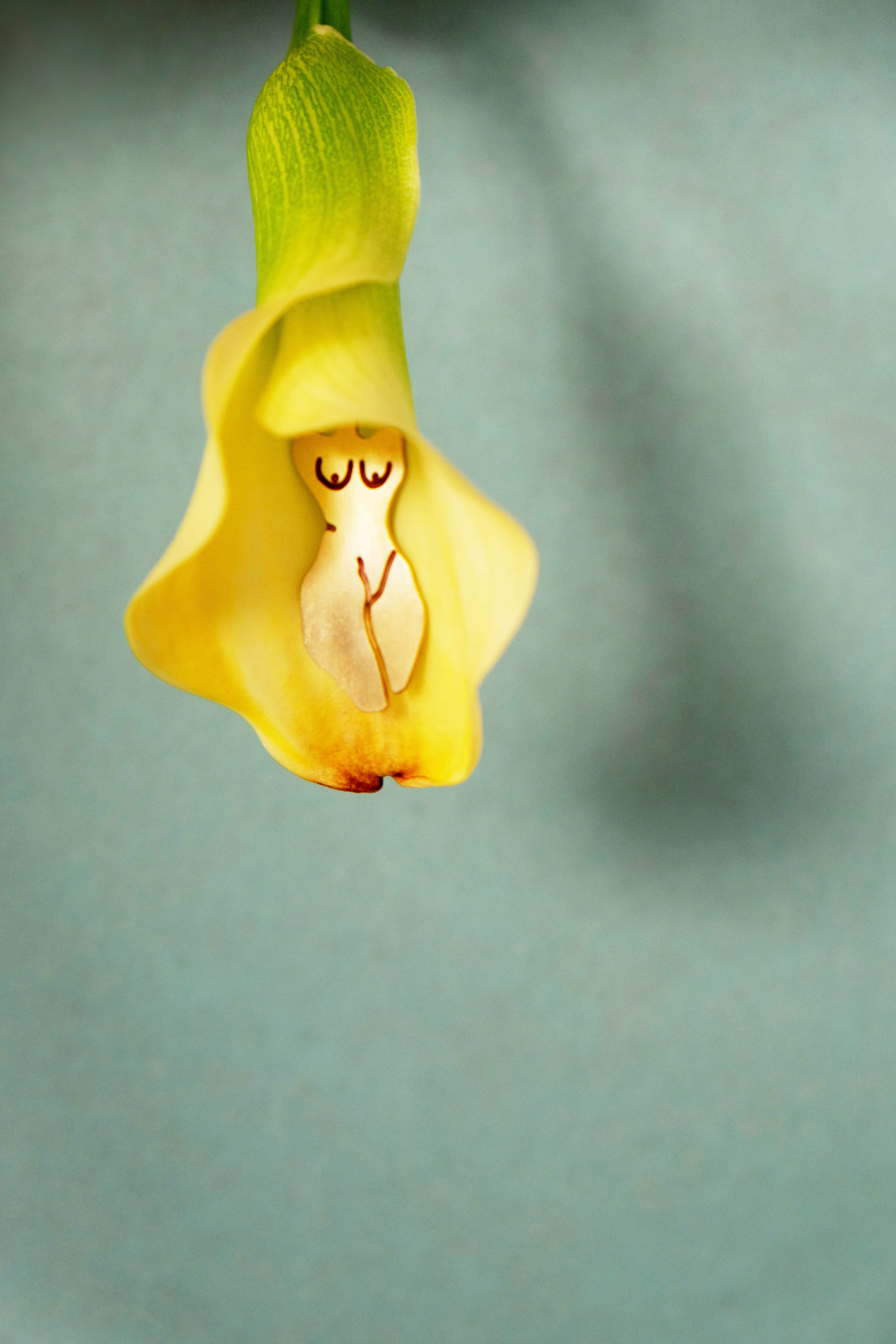 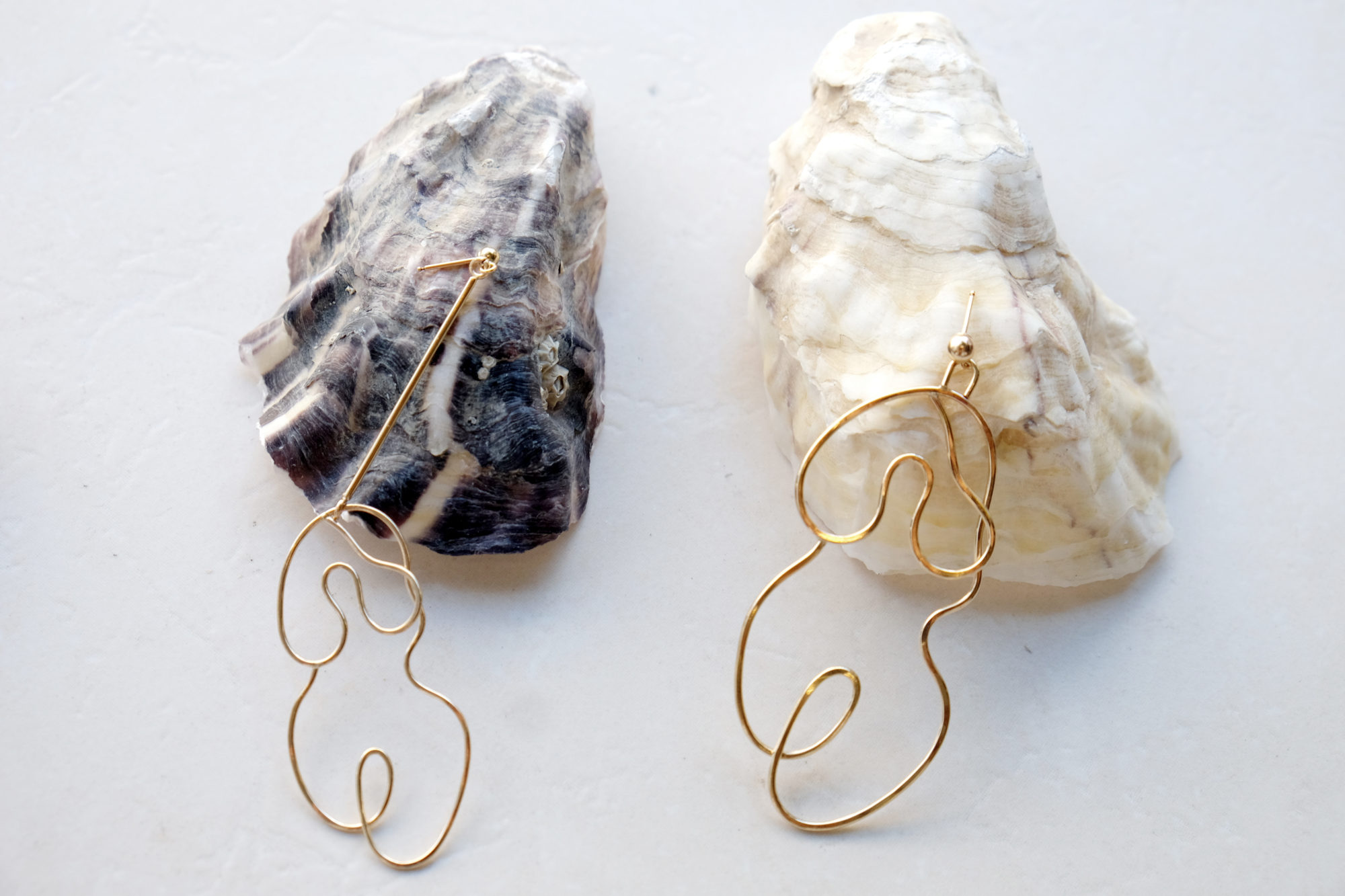