As one line follows the previous one, or equally stems from it, a sequence of actions, images or rhythms can be defined.

Large scale paintings, films and sculptures by British artist Jessica Warboys fills the ocean facing Tate St Ives exhibition spaces in Cornwall. For her first solo show in the national gallery, Warboys presents two specially commissioned works that highlight her interest in private and collective memories related to the mythology of a landscape. The most outstanding piece is the Sea Painting, Zennor 2015, one large piece canvas that was made on the Zennor coast near St Ives, not far from the gallery site. To create the painting she worked on the beach, casting mineral pigments directly onto a damp, folded canvas, which was then submerged under the sea before being pulled ashore. The process allows the waves, wind and sand to shift and scatter the pigment, in essence ‘painting’ the canvas. The painting is full of primitive strenght yet it as a delicate appeal, while paying tender homage to the nature of the sea and its own forms of life. The accidental and abstract lines and colors bring visitors into the deep motion of the sea, where Warboys creates a dreamlike narrative of symbolic significance. The other piece on show is a moving clip titled Hill of Dreams, where the artist choreographs and directs objects, characters and motifs together, creating a structure of visual symbioses. Recognizable landmarks do not necessarily define the sites for Warboy’s films, but they retain a substantial sense of history, which she articulates with visual associations. Be there the Parisian library, the Cornish coastline or the hills of South Wales, Warboys provides the pubic with special tales, myths and figures of a certain location suspended between a dream-like fictional dimension  and the contemporary context. 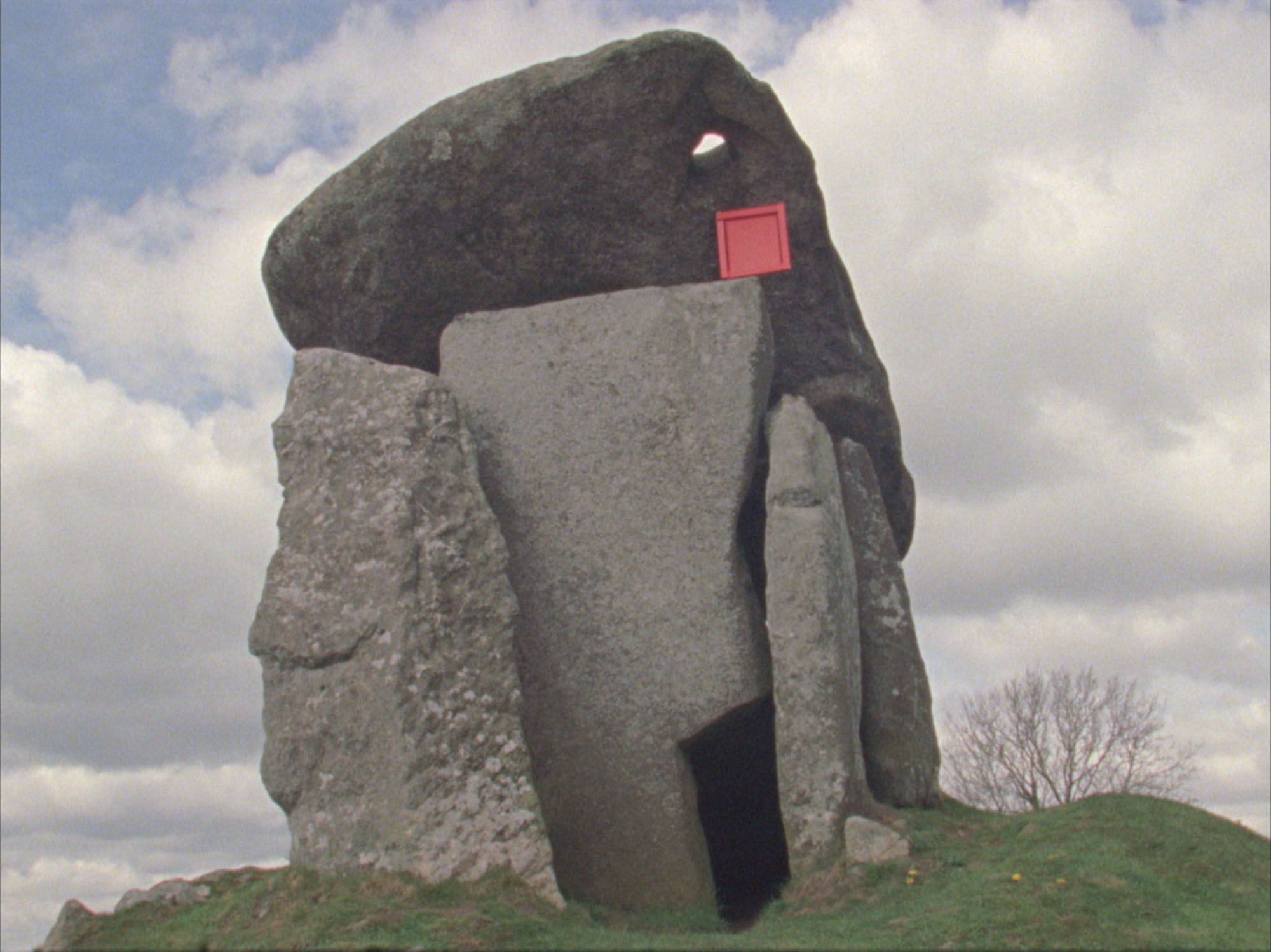 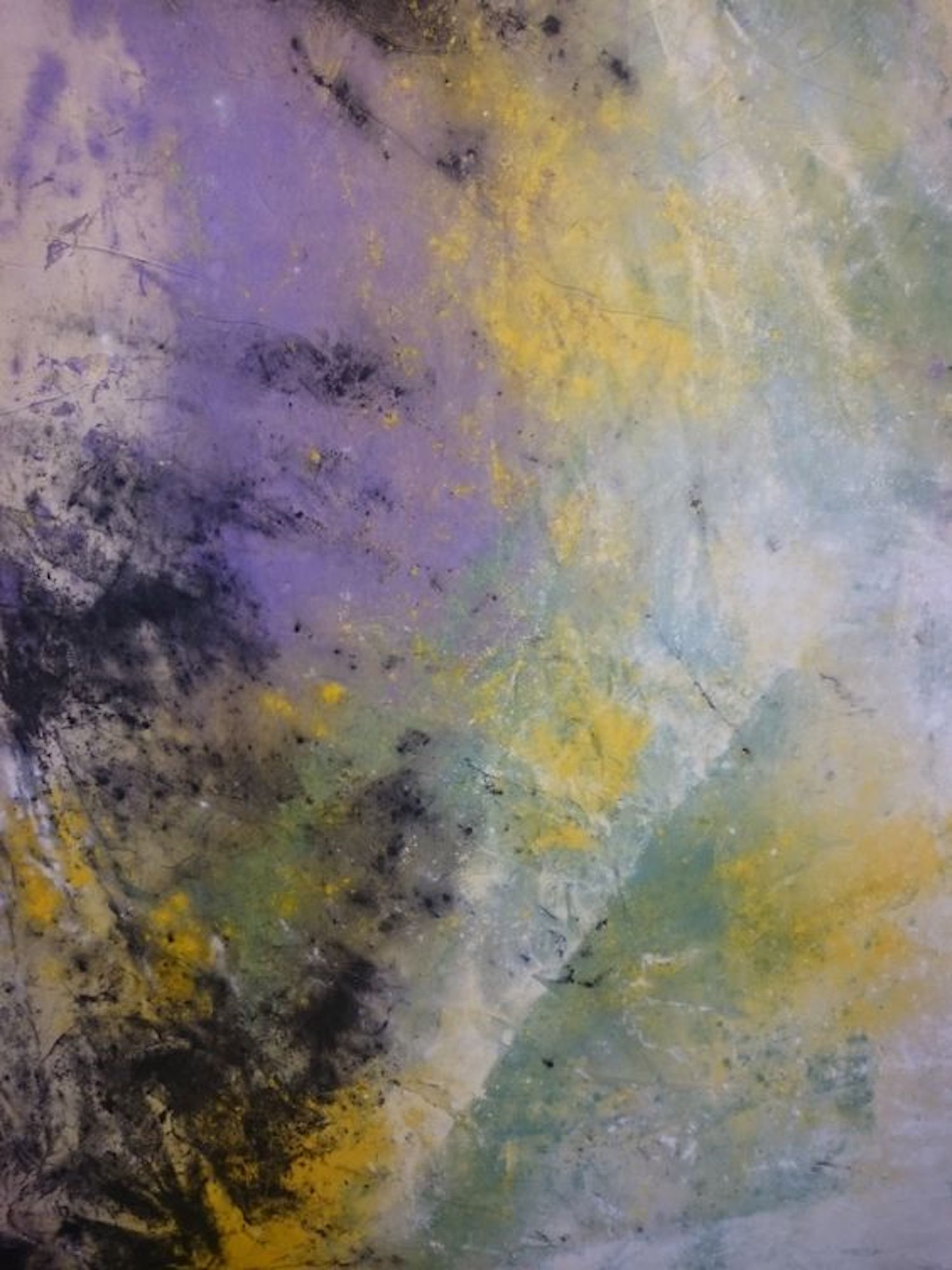 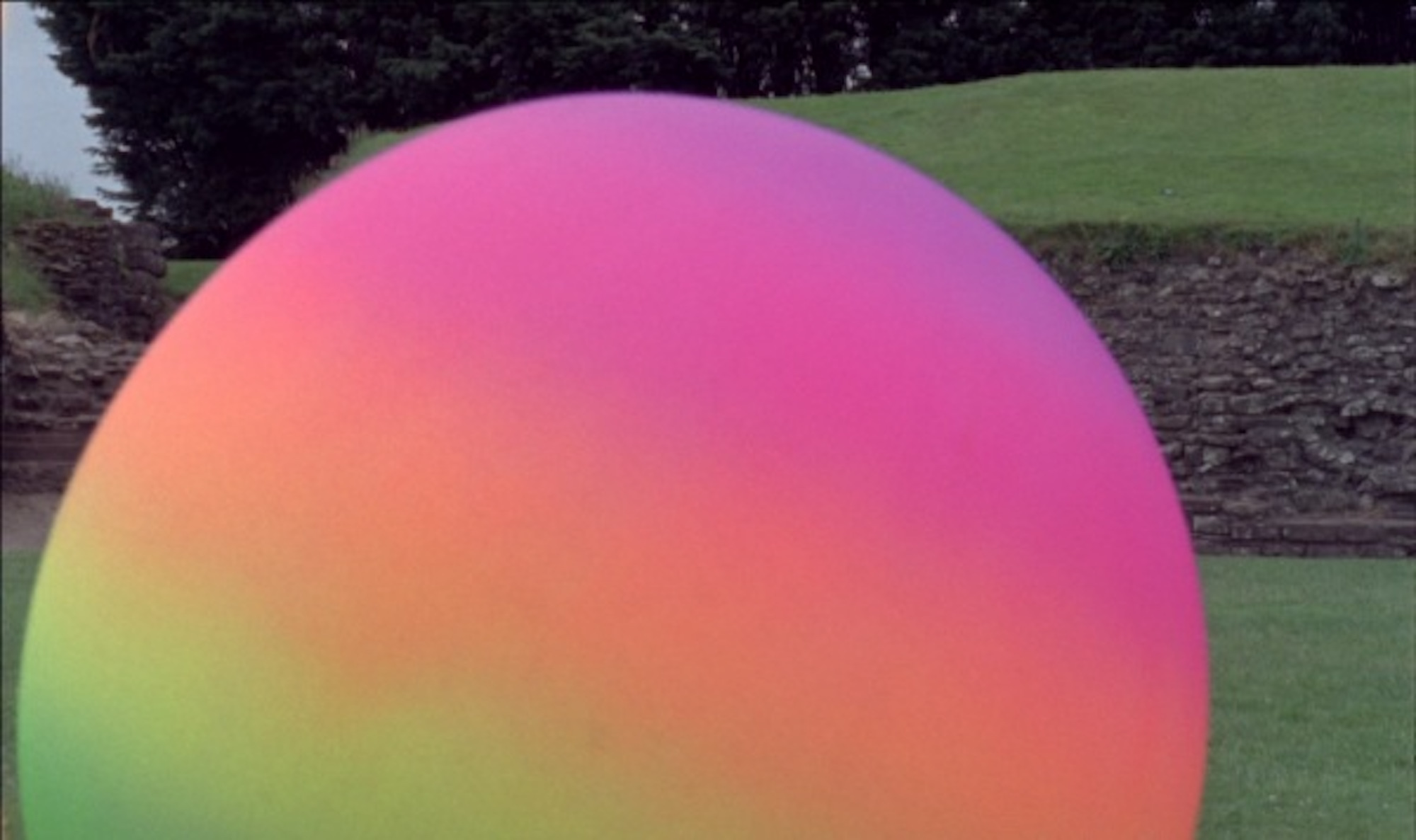 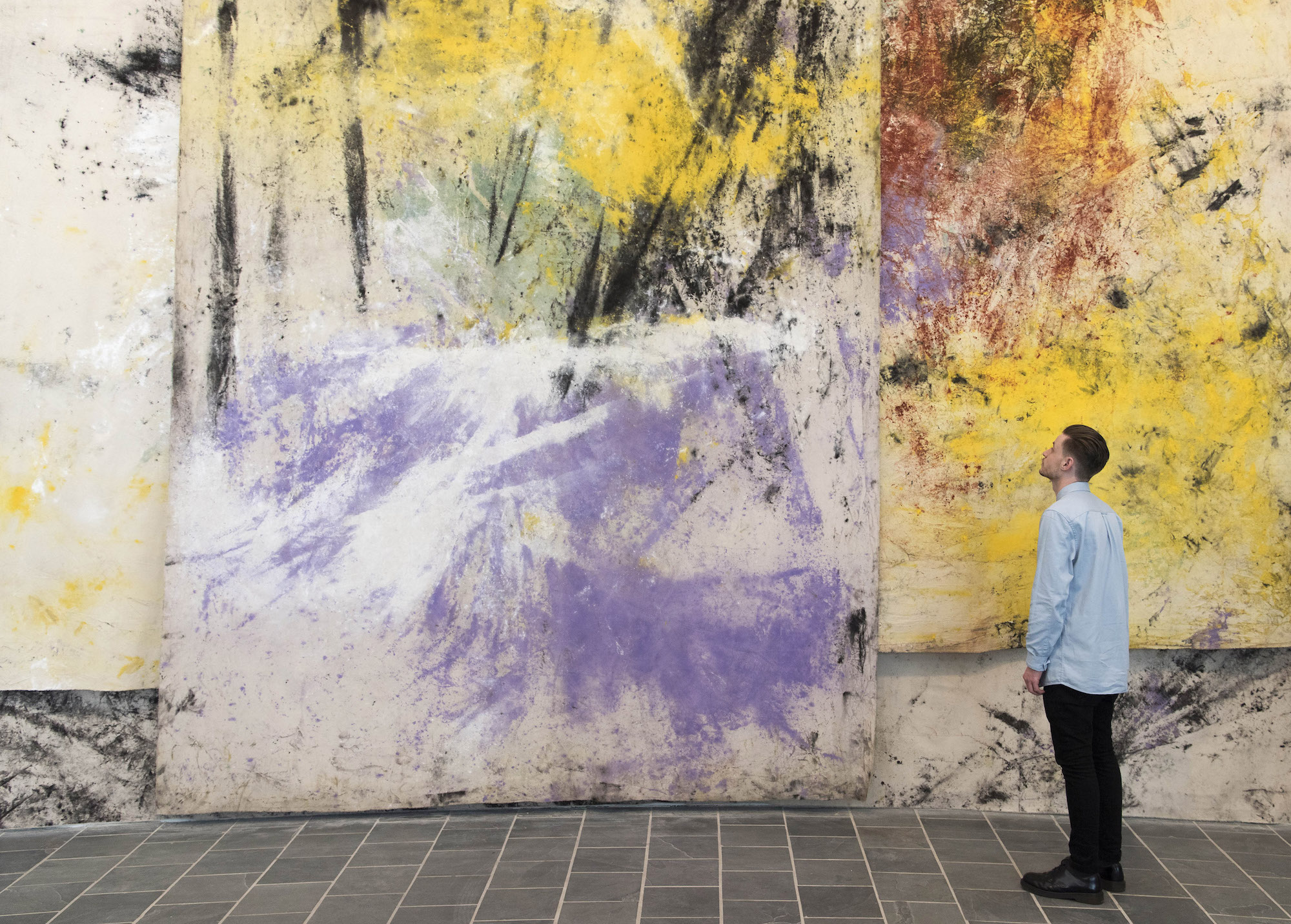 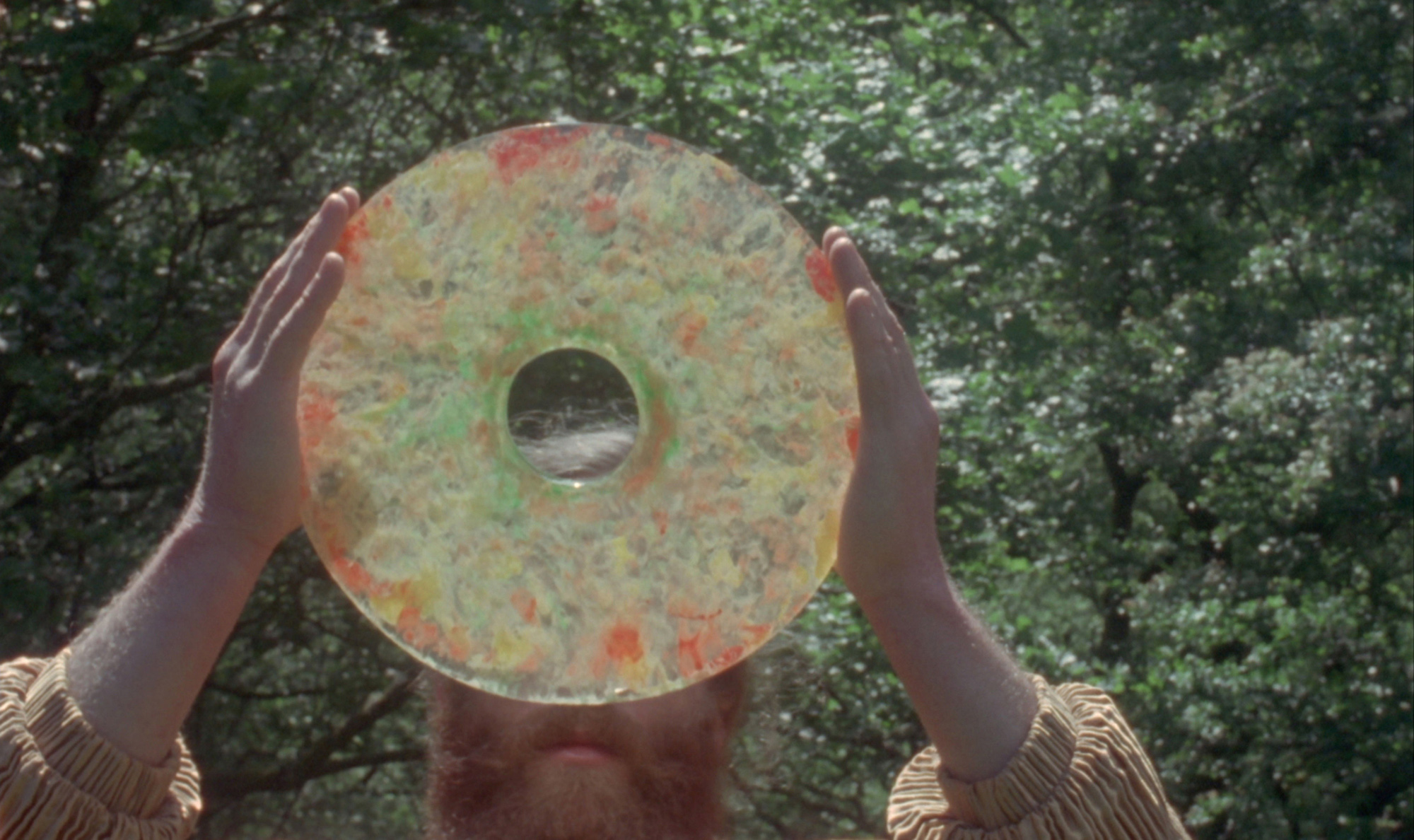 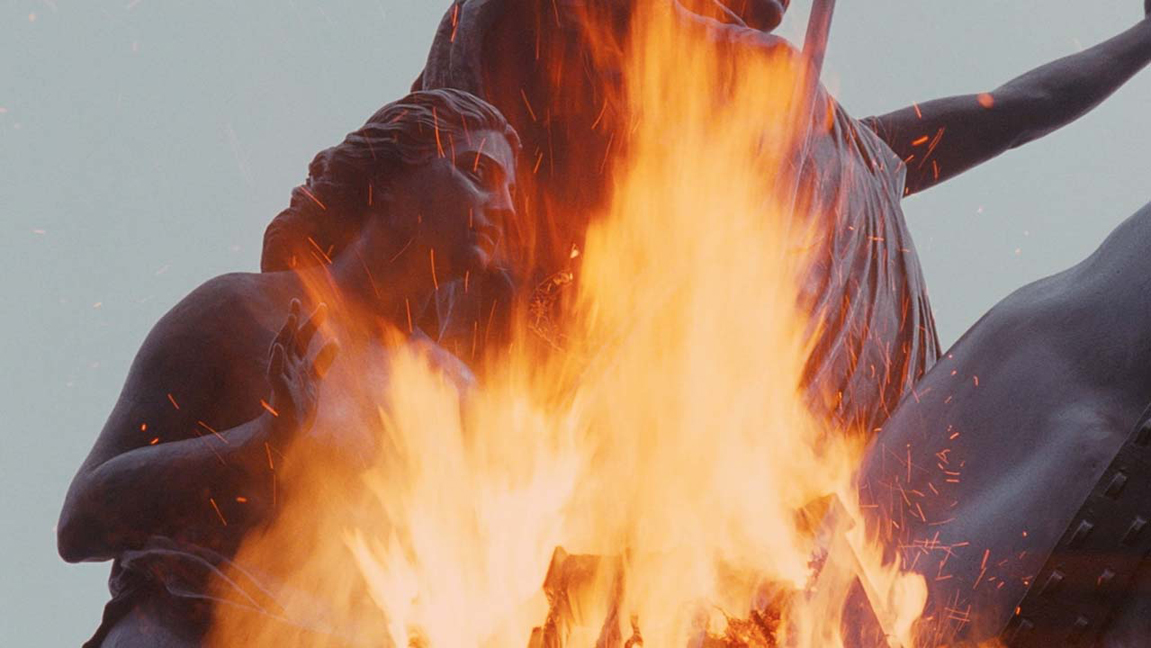