Francesco Vezzoli creates a dialogue between the Italian twentieth century and the current times, letting the historical heritage re-emerge as part of the present.

In Metafisica da Giardino, his last exhibition at Nahmad Projects Gallery in London, Francesco Vezzoli turned the gallery space into a surrealistic Ancient Greek “anfiteatro” showcasing his own works along with selected pieces by Italian master Giorgio de Chirico, ranging from the 1920s to the 1970s. The title of the exhibition, as well as the choice of recreating an amphitheater, homage with light mockery De Chirico‘s renowned style and artistic movement Metafisica.

The gallery has been built like actual garden with the floor covered in grass and a sculpture placed in the center of the room, a landscape in which the architecture and the art are perfectly combined and complement each other. The realistic appearance of Vezzoli‘s artistic intervention introduces the viewers to a metaphysical dimension house of the artist’s own subconscious and of his counterpart De Chirico.

As visitors enter the room, transient lines from the grass create a trompe l’oil effect that suggest the illusion of a real space along the walls. The deceptive perspectives make visitors feel as if they were at the heart of the Piazza d’Italia from wherever they stand, immersed within an uncanny and motionless atmosphere. Francesco Vezzoli skillfully plays with minds and human’s ability to discern reality from reverie, in a harmonious symbiosis between surrealism and the metaphysical vision of De Chirico’s art. 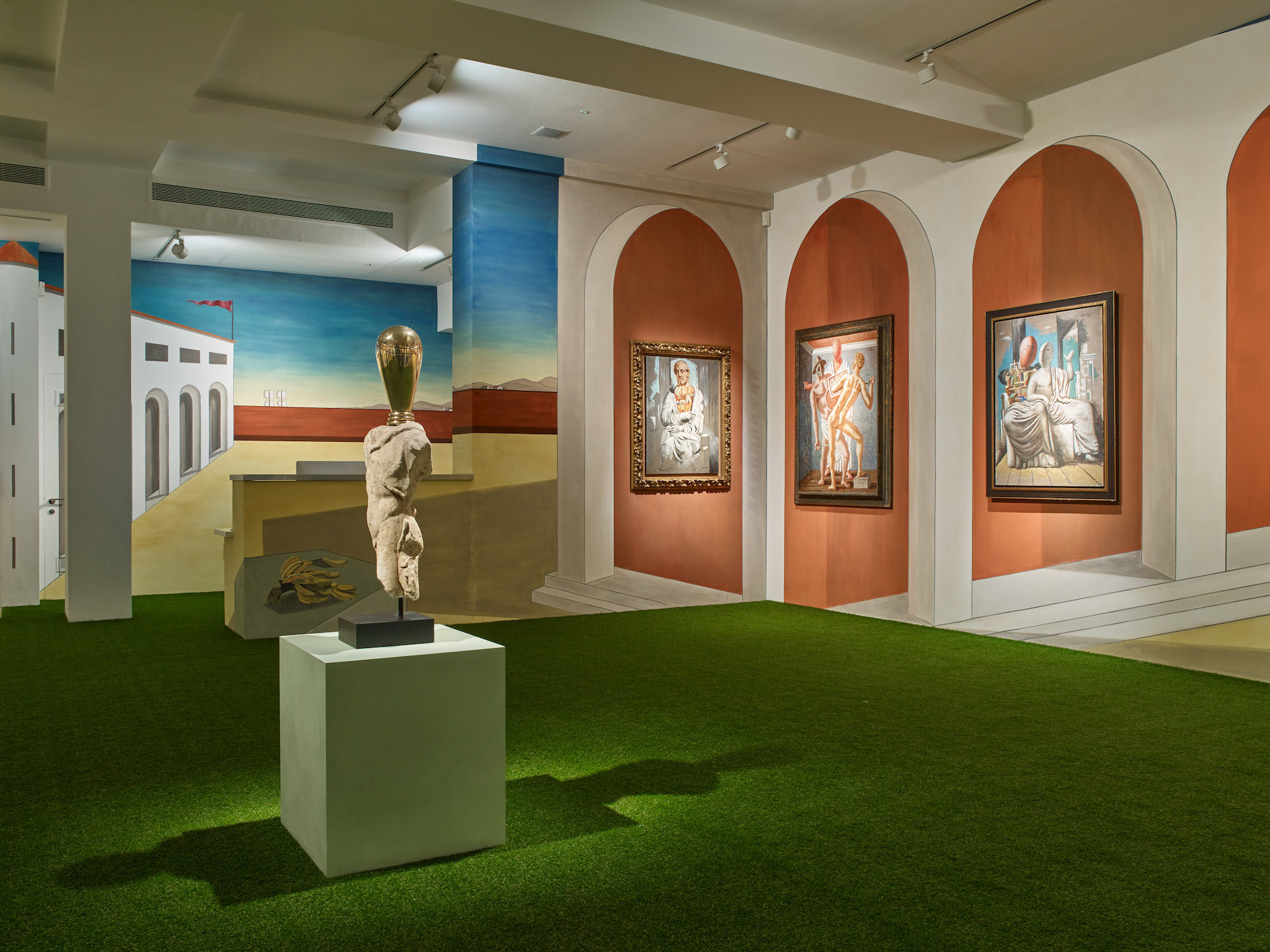 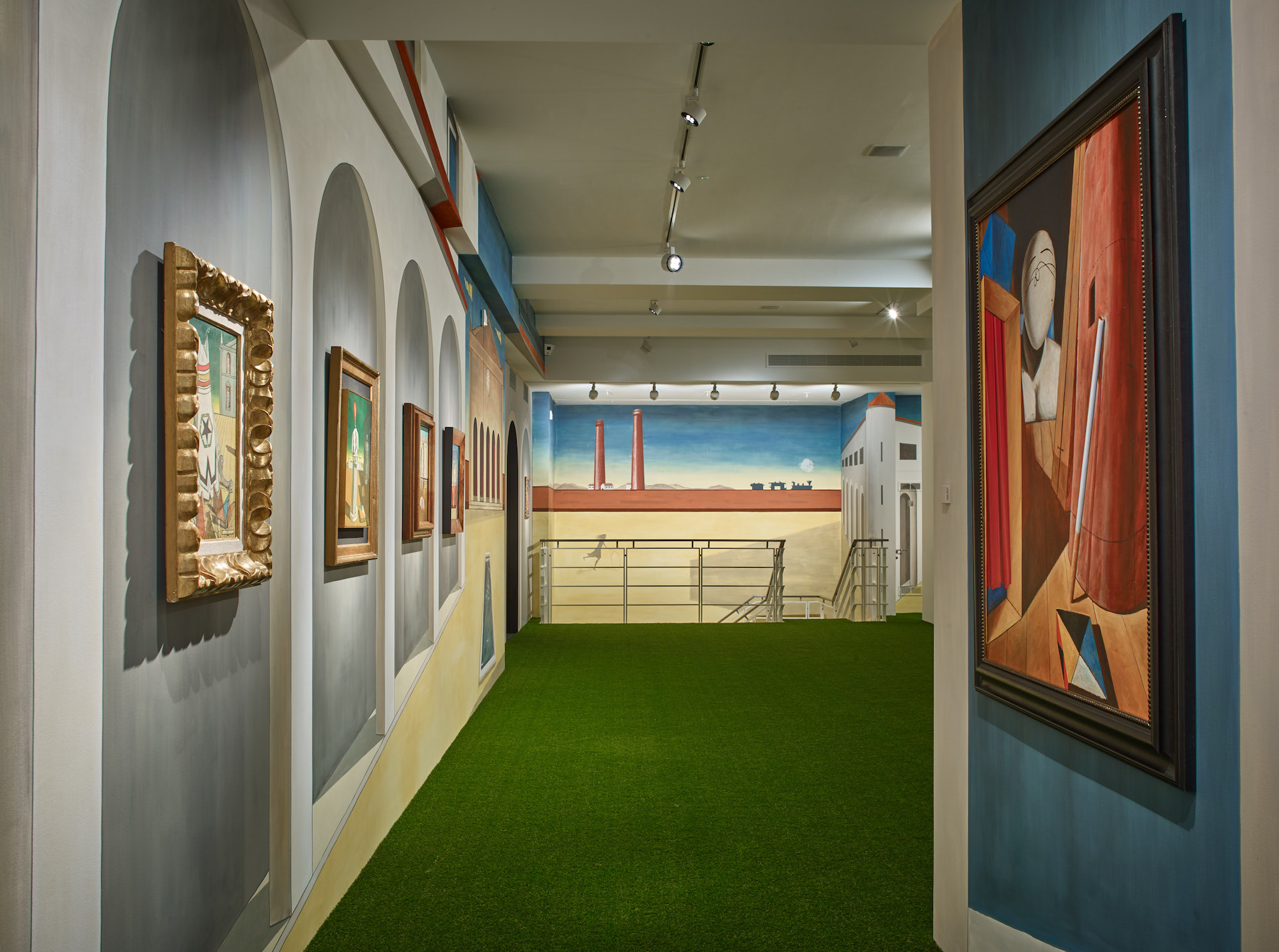 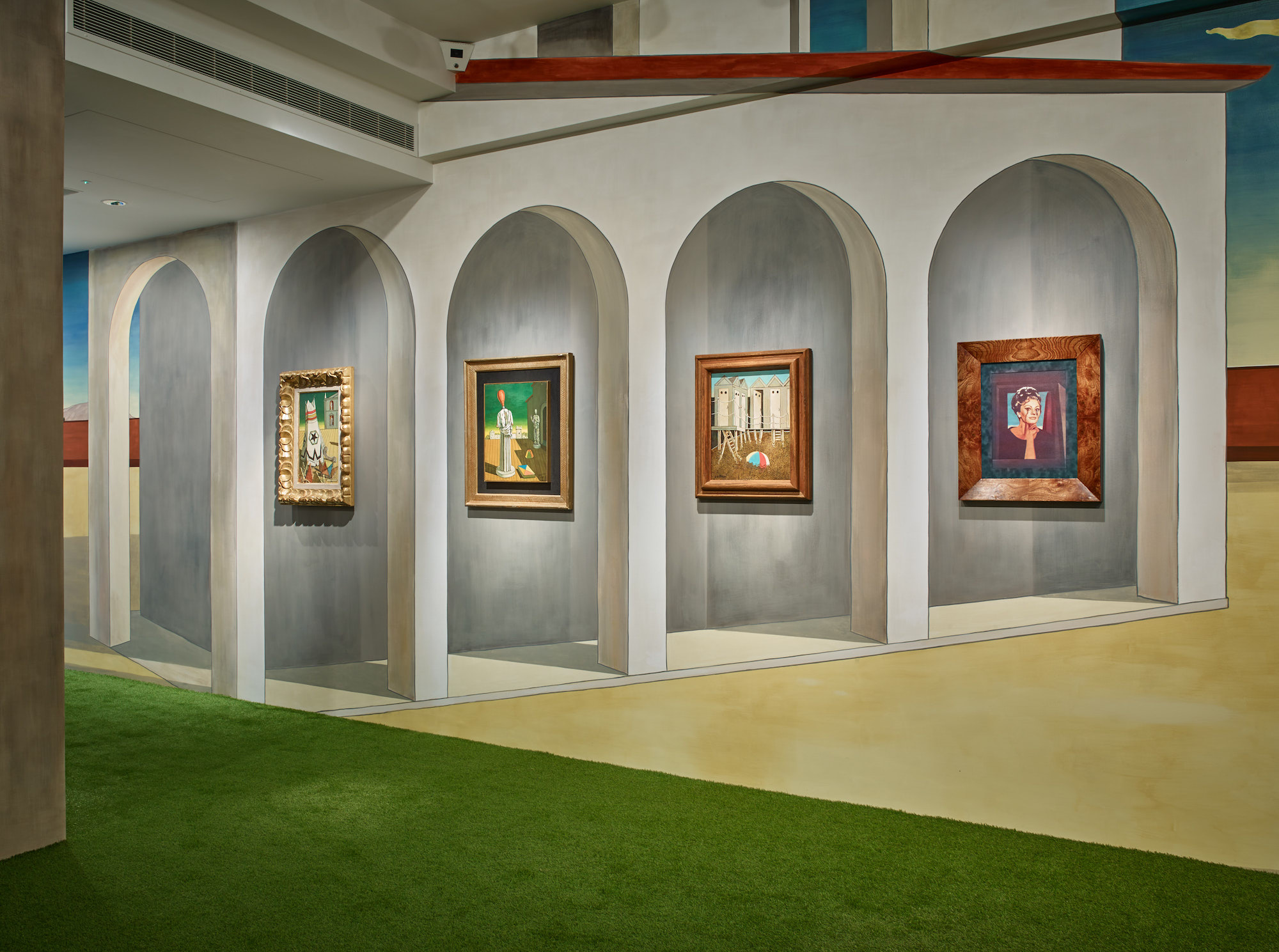 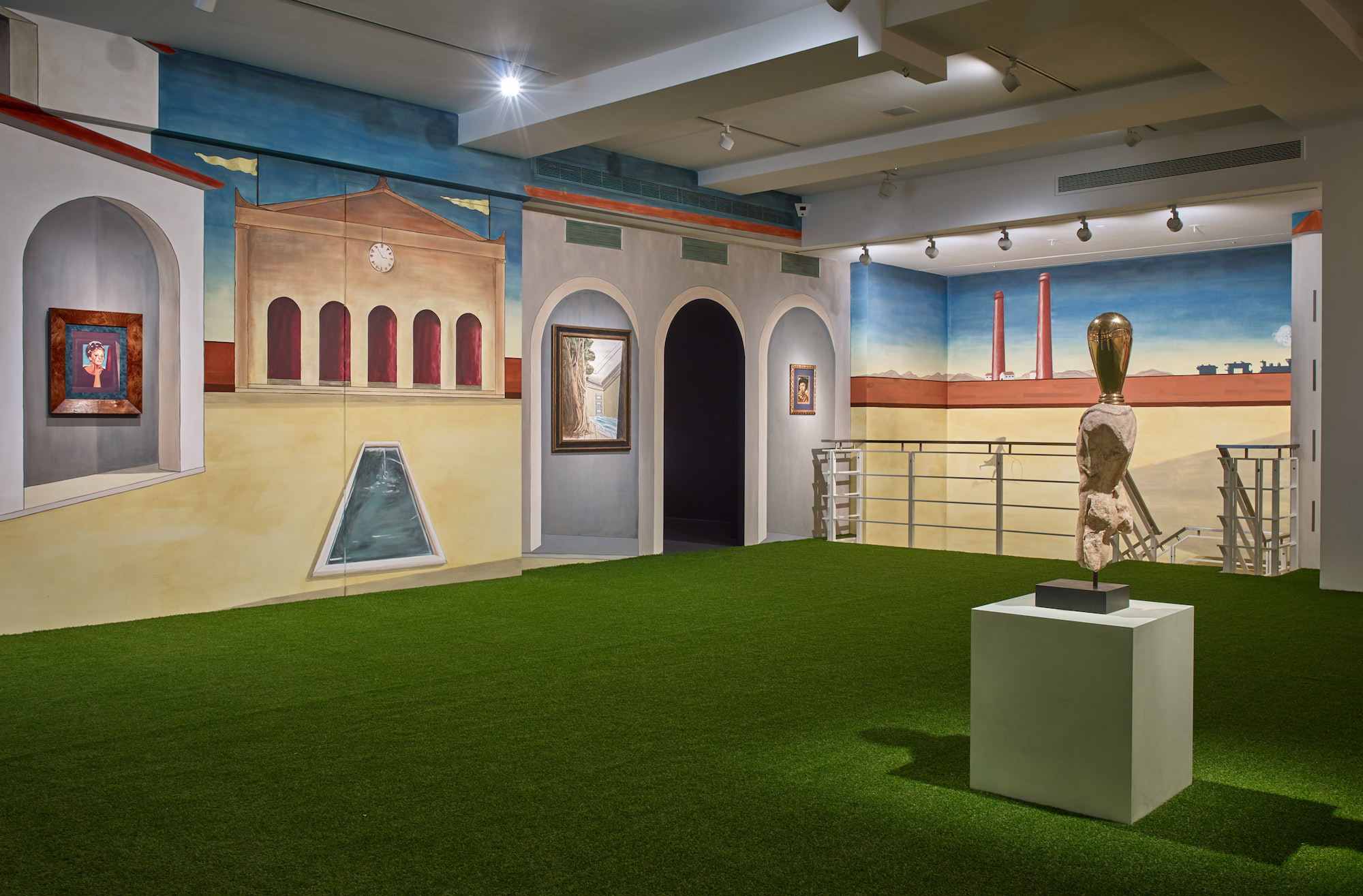 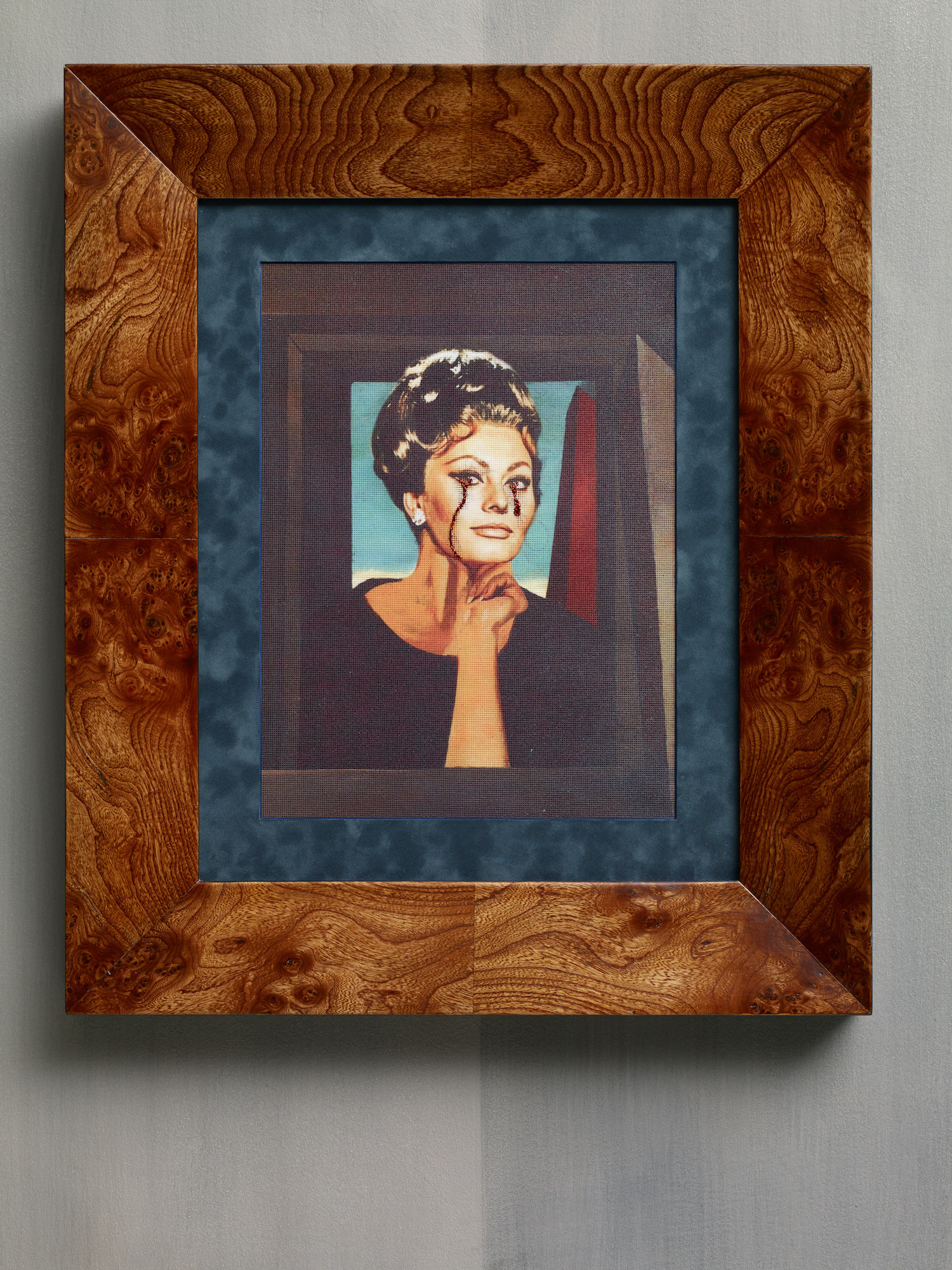 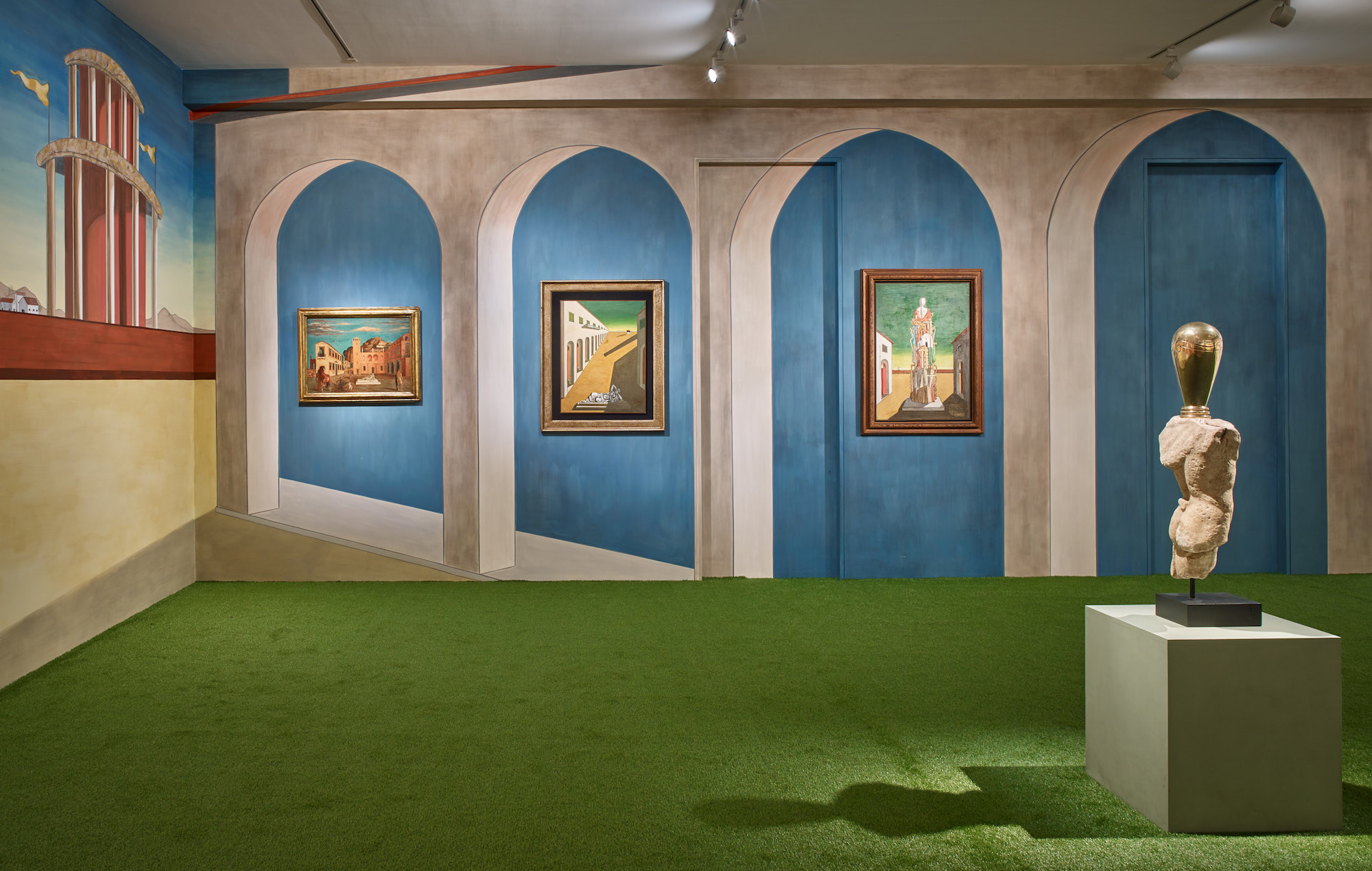