In the context of the Collateral Events of the 57th International Art Exhibition – La Biennale di Venezia, Associazione Arte Continua, with the support of Galleria Continua, presents a retrospective on the work of Arte Povera master Michelanchelo Pistoletto at the Basilica di San Giorgio, a peaceful 16thcentury church located on the Isola di San Giorgio Maggiore, right in front of the buzzing Giardini.

Pistoletto occupies an important role in the history of art as he greatly contributed to the development of conceptual art and brought Italy to the center of the creative international scene in the second half of the twentieth century, by being one of the leading artists that started what in 1967 Italian art critic Germano Celant defined as Arte Povera Movement. The exhibition One and One makes three represents Pistoletto’s reflection on the destiny of humankind and it suggests an urgent need for a social change, perhaps invoking the help of supernatural forces. Speaking of supernatural forces, the title itself seems to suggest a miraculous action that turns two into three. The exhibition tackles different social and cultural themes, among which religion has a central place. In Love Difference, the manifesto drawn up by the artist in 2002, we read: “Love Difference encapsulates a concept which goes beyond a rational notion of ‘tolerance’ for what is diverse and penetrates directly into the sphere of feelings (…). The first thing to accept, in an open, sensitive and warm fashion, are the differences between people and social groups, in order to finally give meaning to the word ‘humanity’.”

Right in the center of the church Pistoletto placed Suspender Perimeter – Love Difference, 2011, an installation consisting a series of “suspended” mirrors that form a circular space. The piece stands as a kind of opposite altar, mediating between the visual and the non-visual, extending one’s vision beyond its standard faculties, expanding the features of the eye and the power of the mind, to an extent that provides an understanding of otherworldly totality. The show offers a summary of the artist’s whole body of work from his earliest pieces to today, including both the most representative historical pieces from the beginning of Pistoletto’s artistic activity in the 60’s such as La Venere Degli Stracci to the most recent, like the series of mirror paintings that depict Cuba and its people, done in 2015. Each of these works contains its own story and its own modernity in a space-time continuum that does not allow for splitting or sudden fractures.

By being located in a space devoted to prayer and worship, One and One makes Three opens up to reflection on the most delicate issues facing humankind in contemporary time, such as the conflict between religions, the acceptance of differences, multiculturality, but foremost the role art can still play in creating common ground for mutual engagement and acceptance. 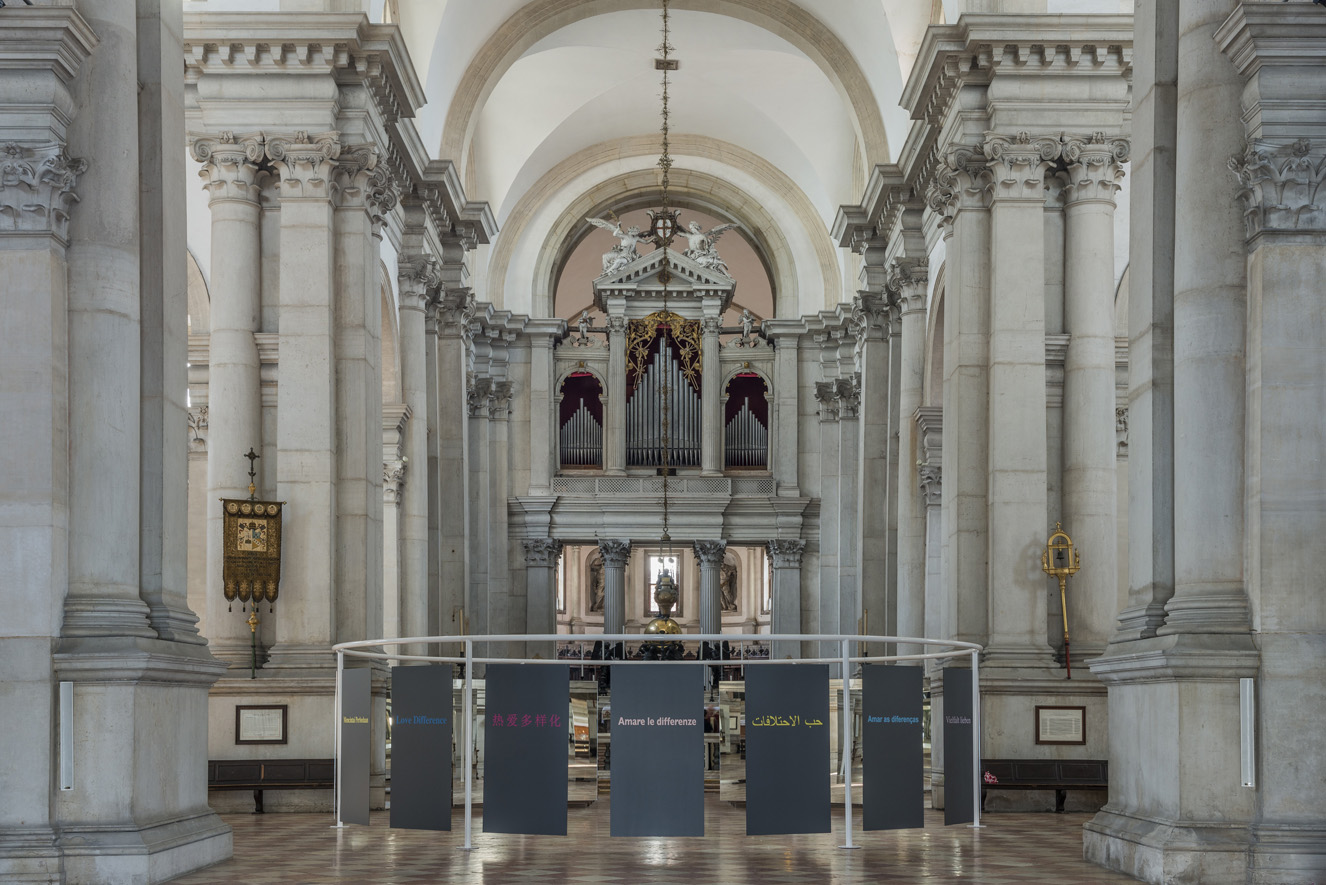 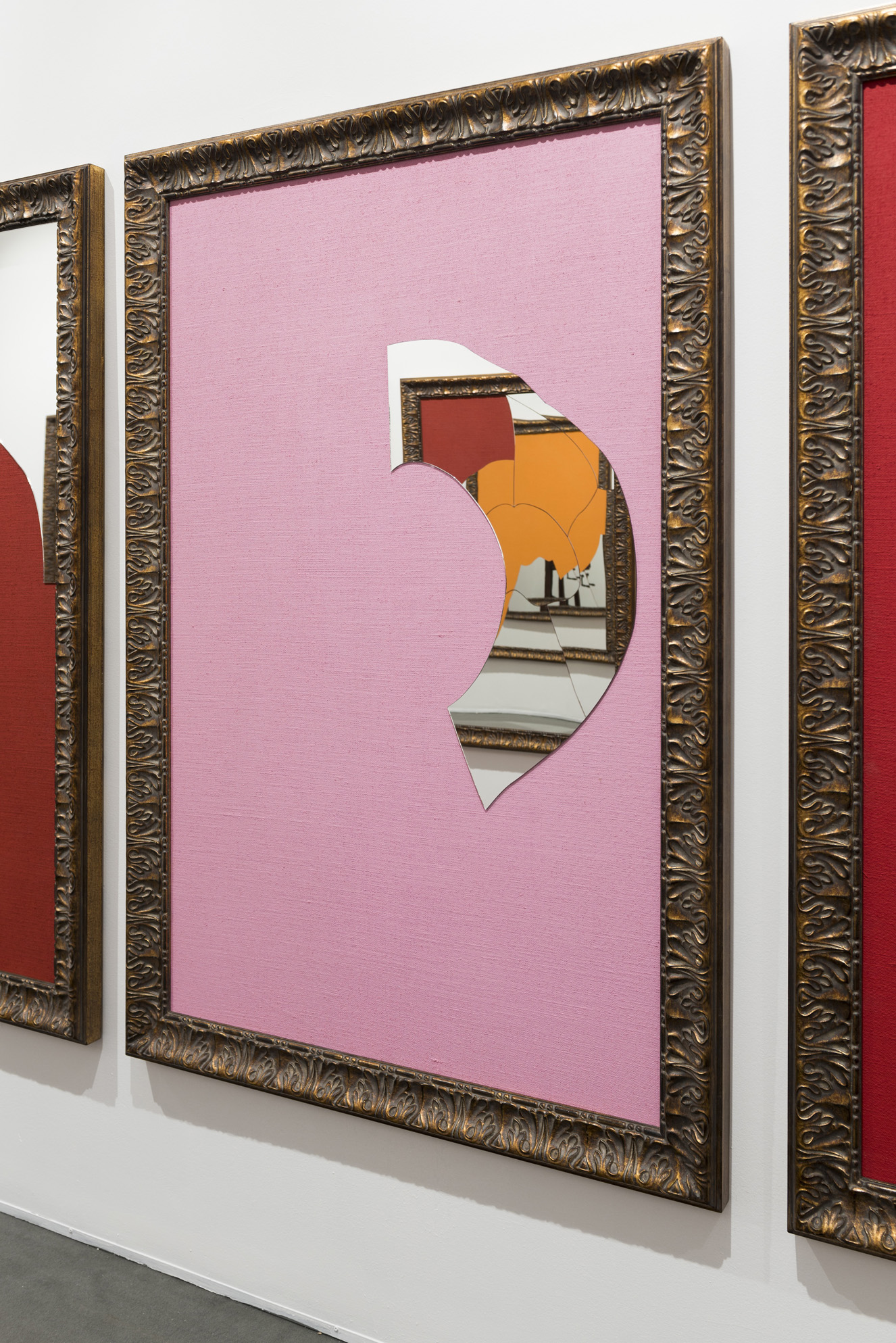 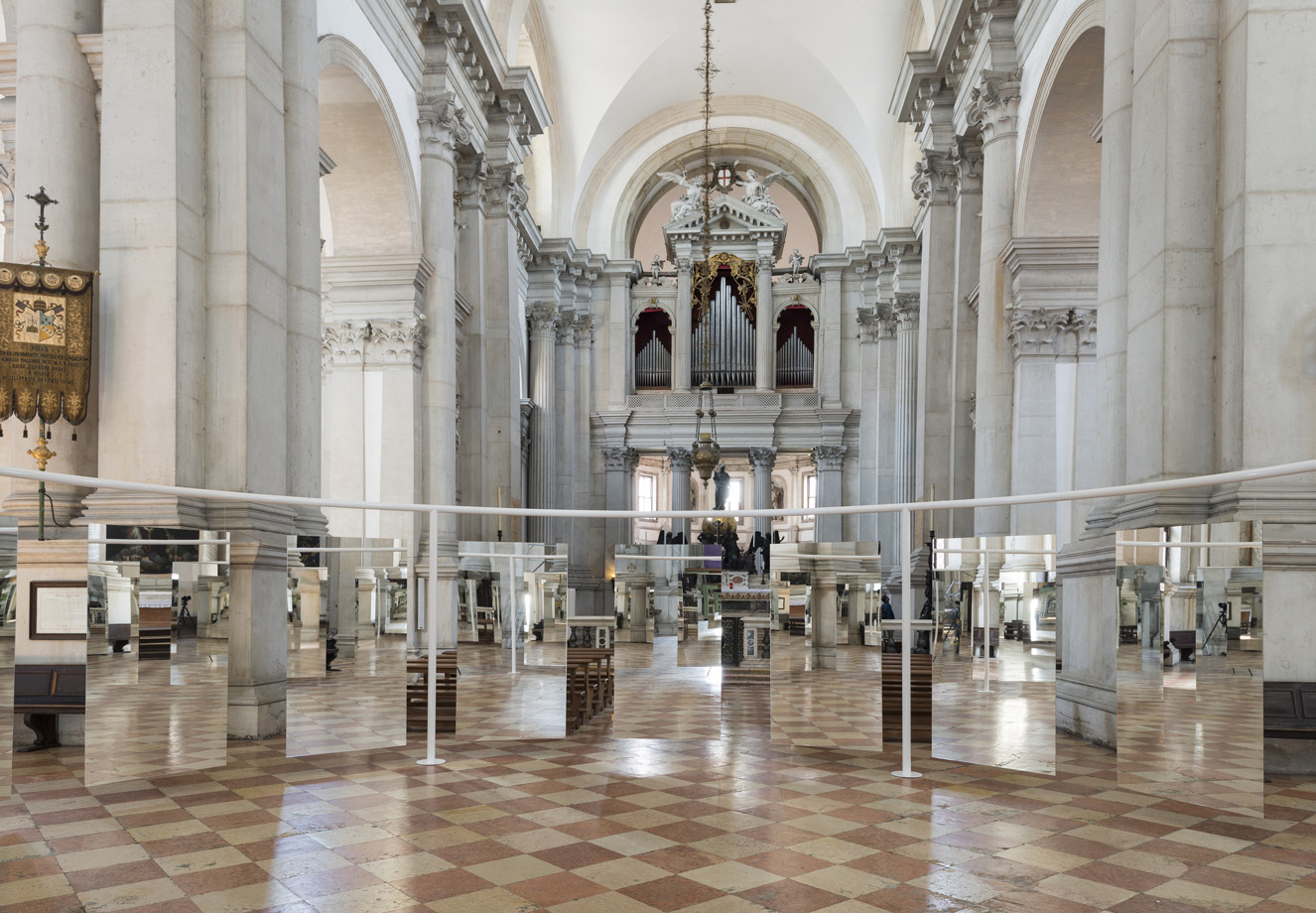 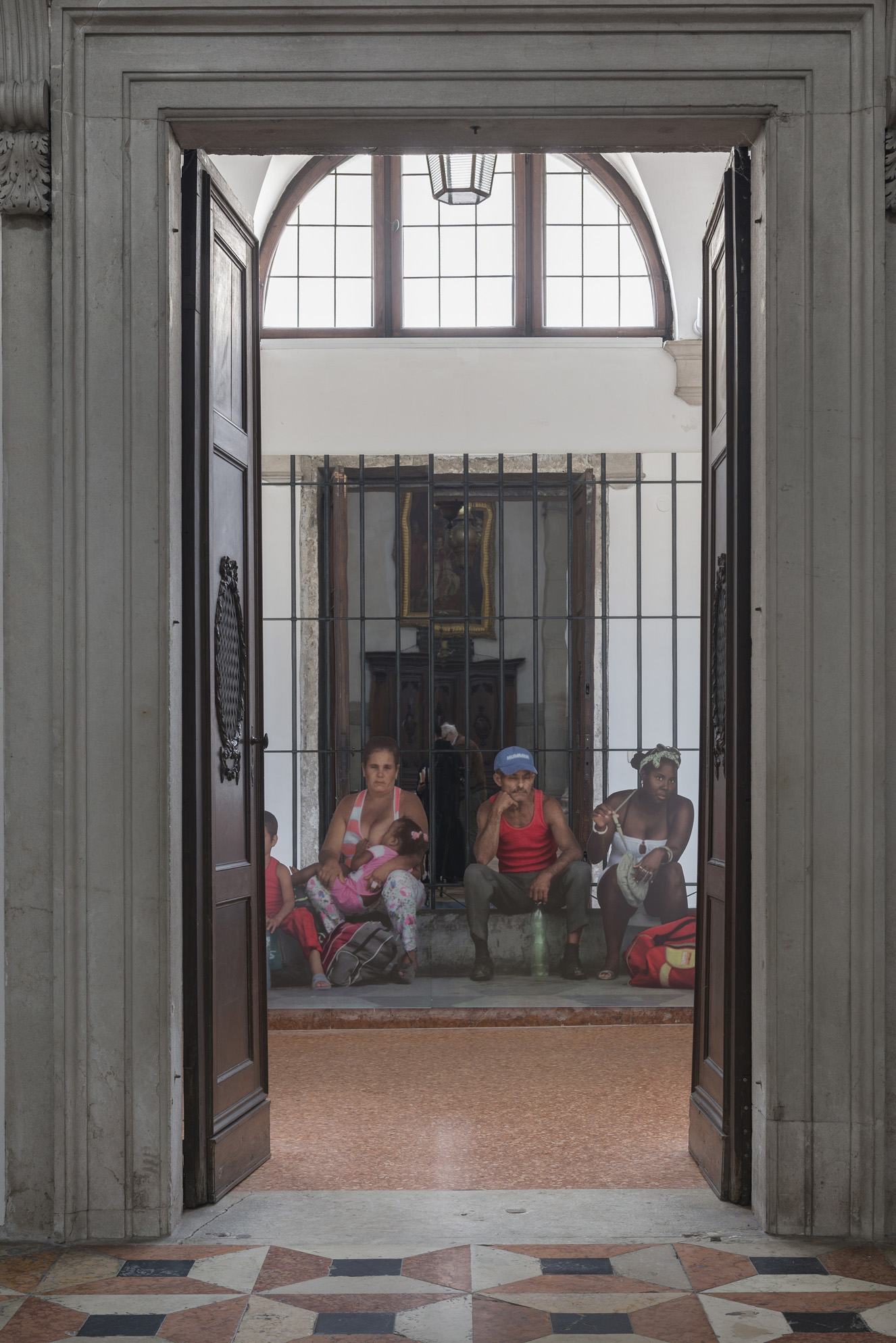 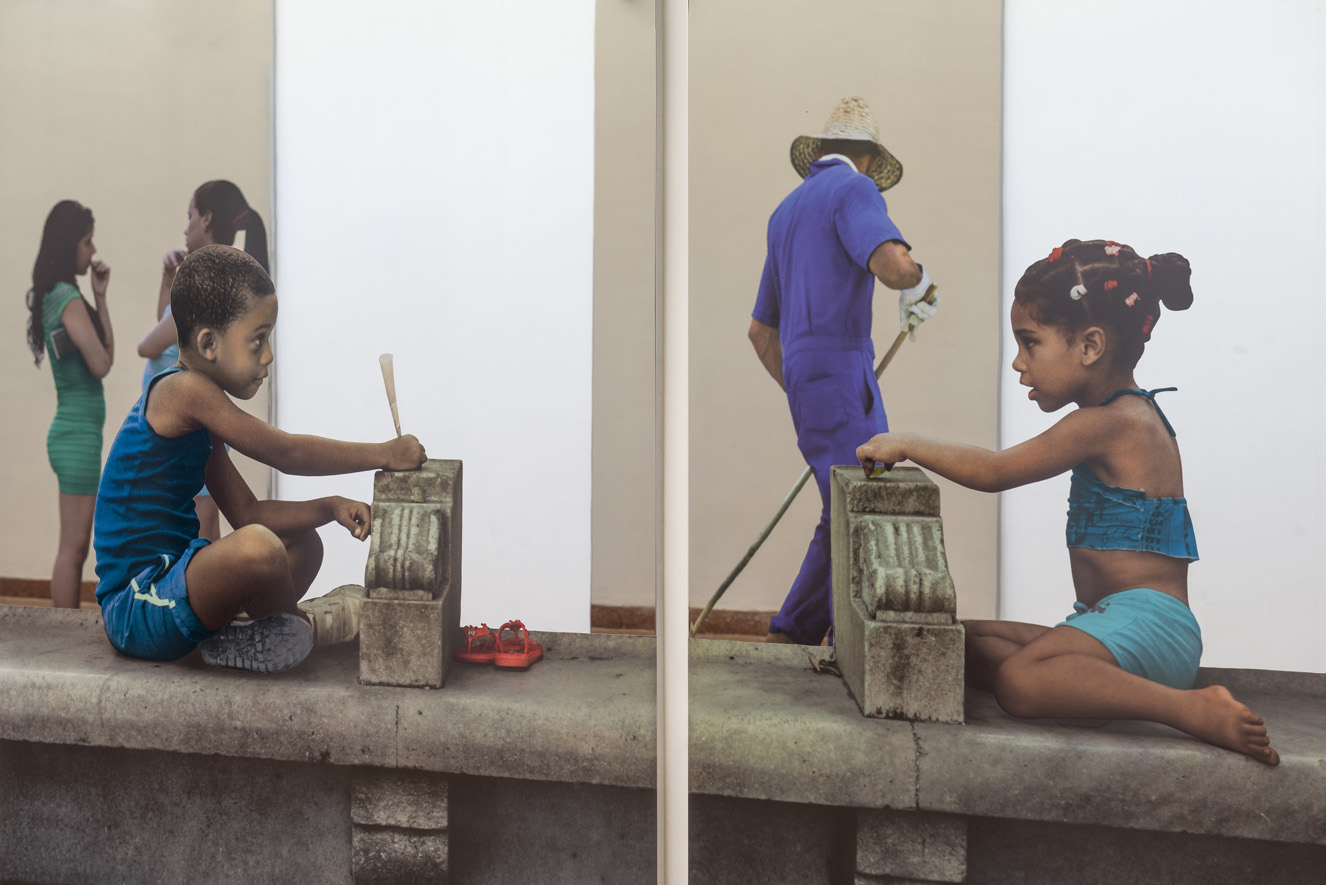 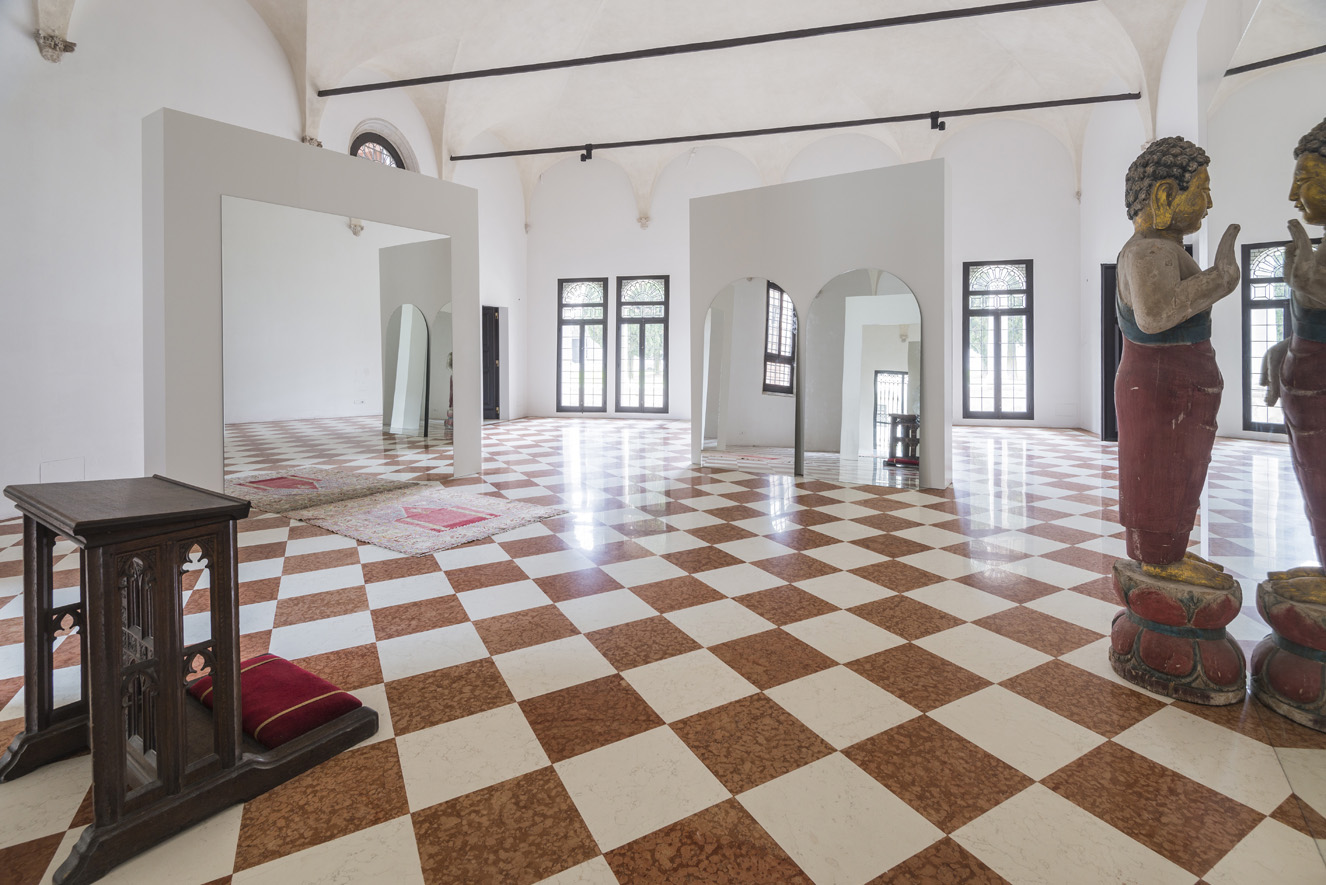 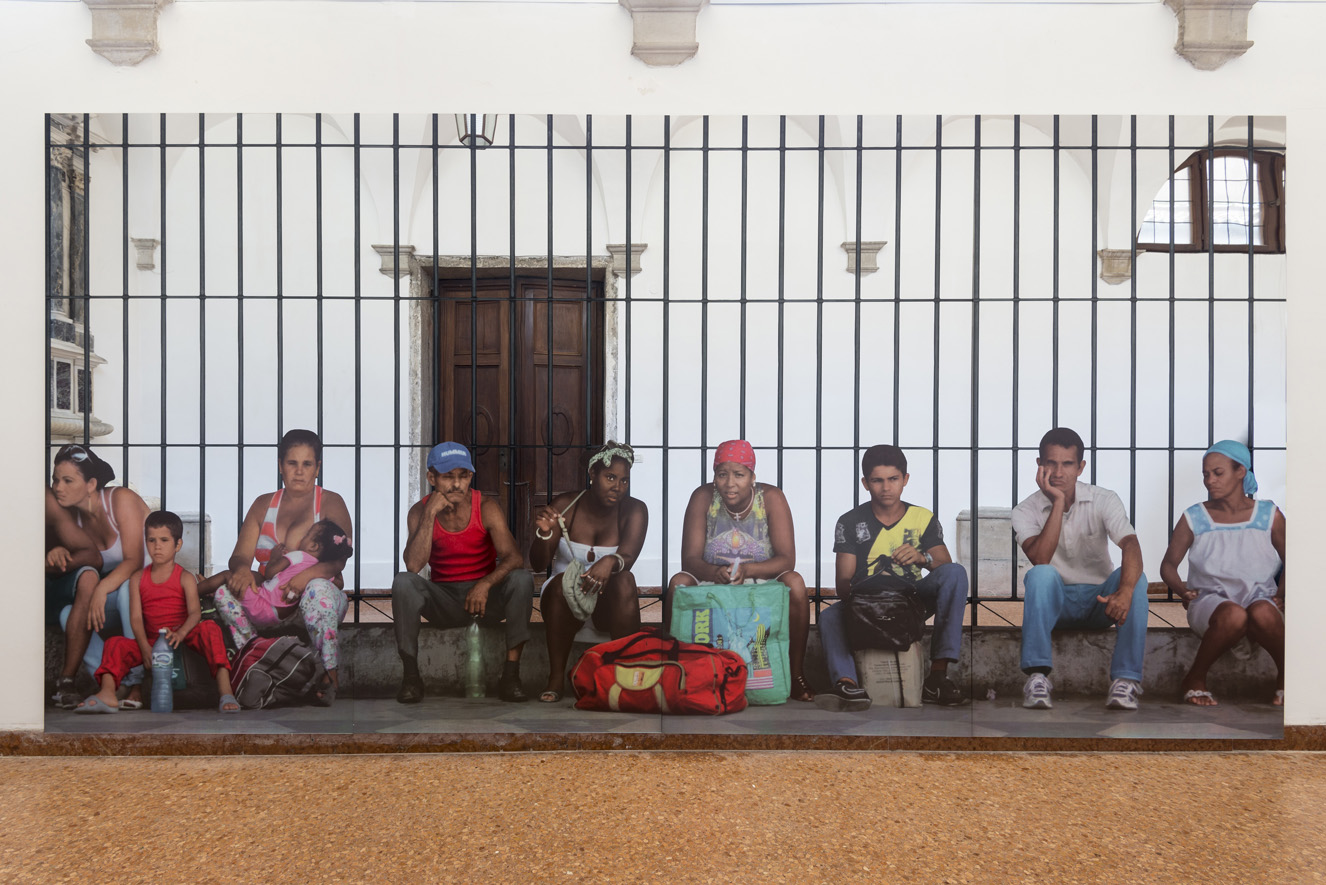 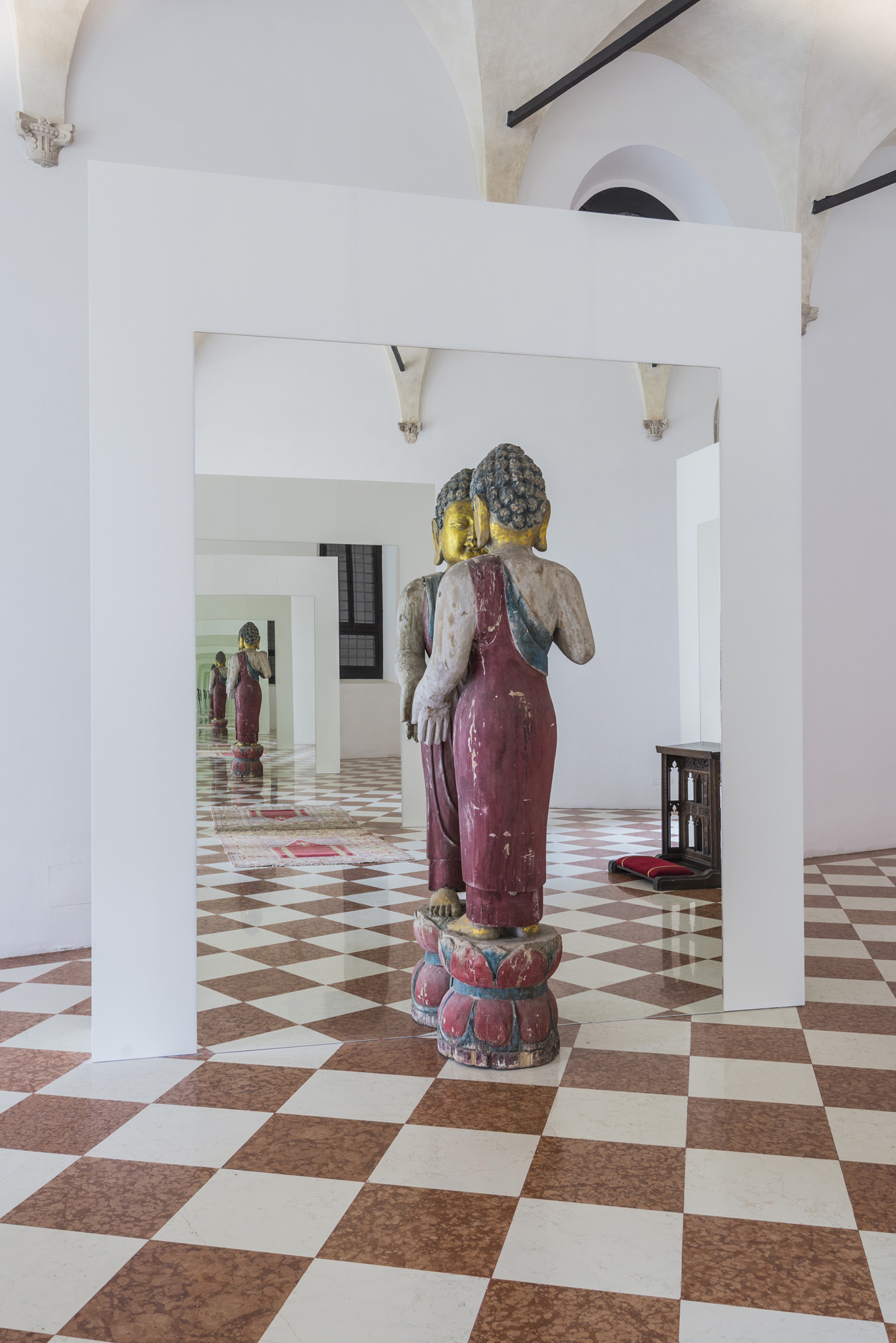 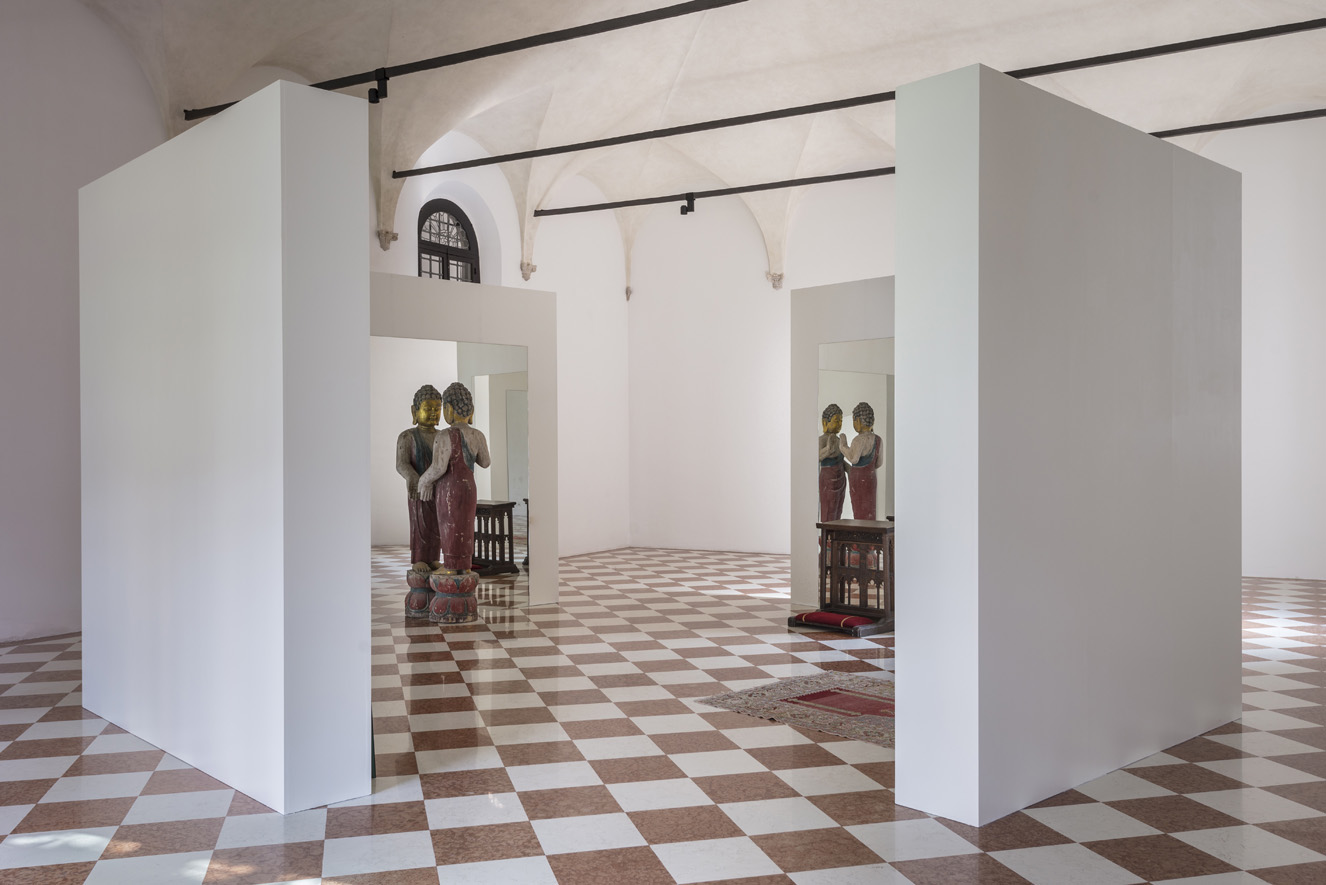 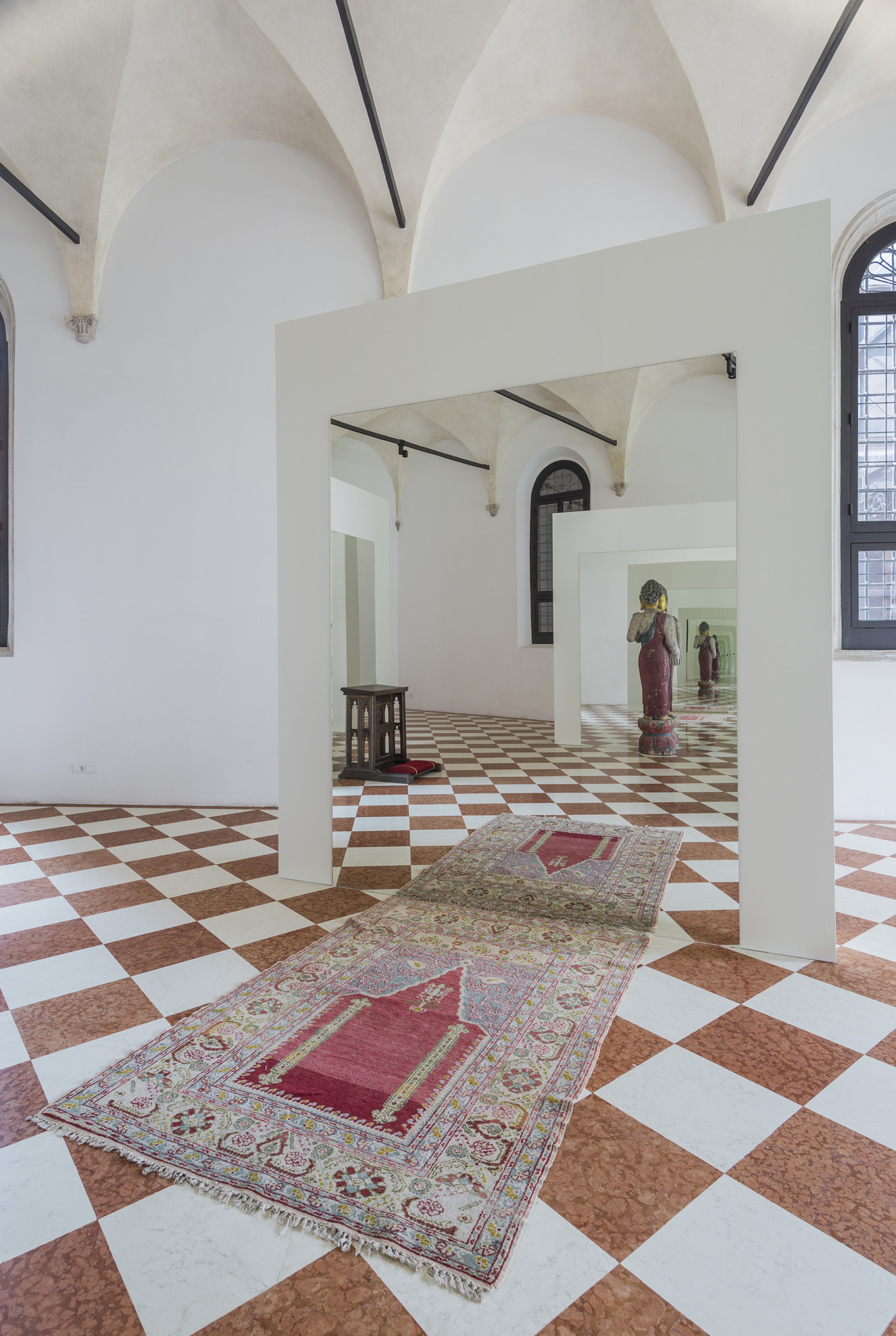 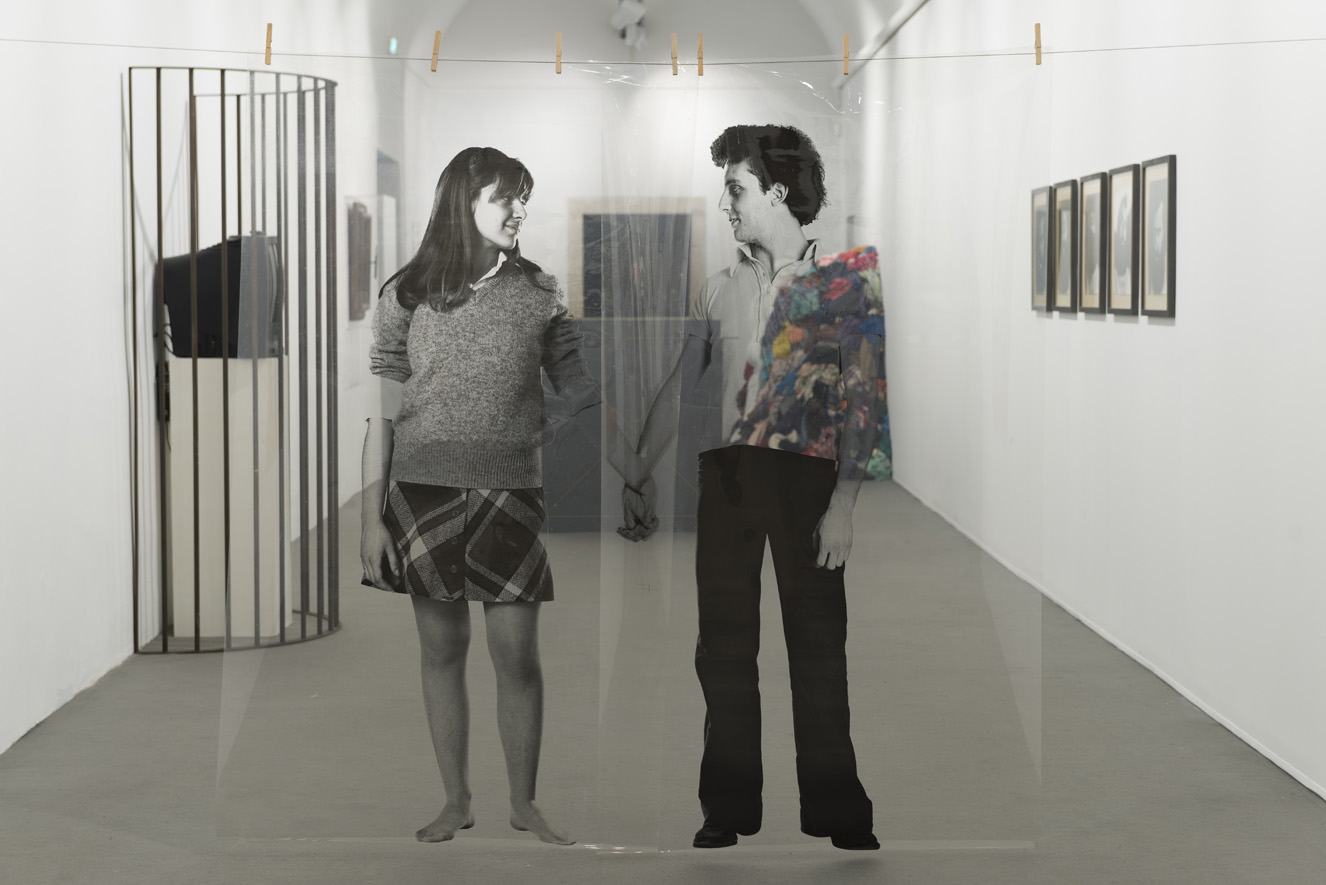 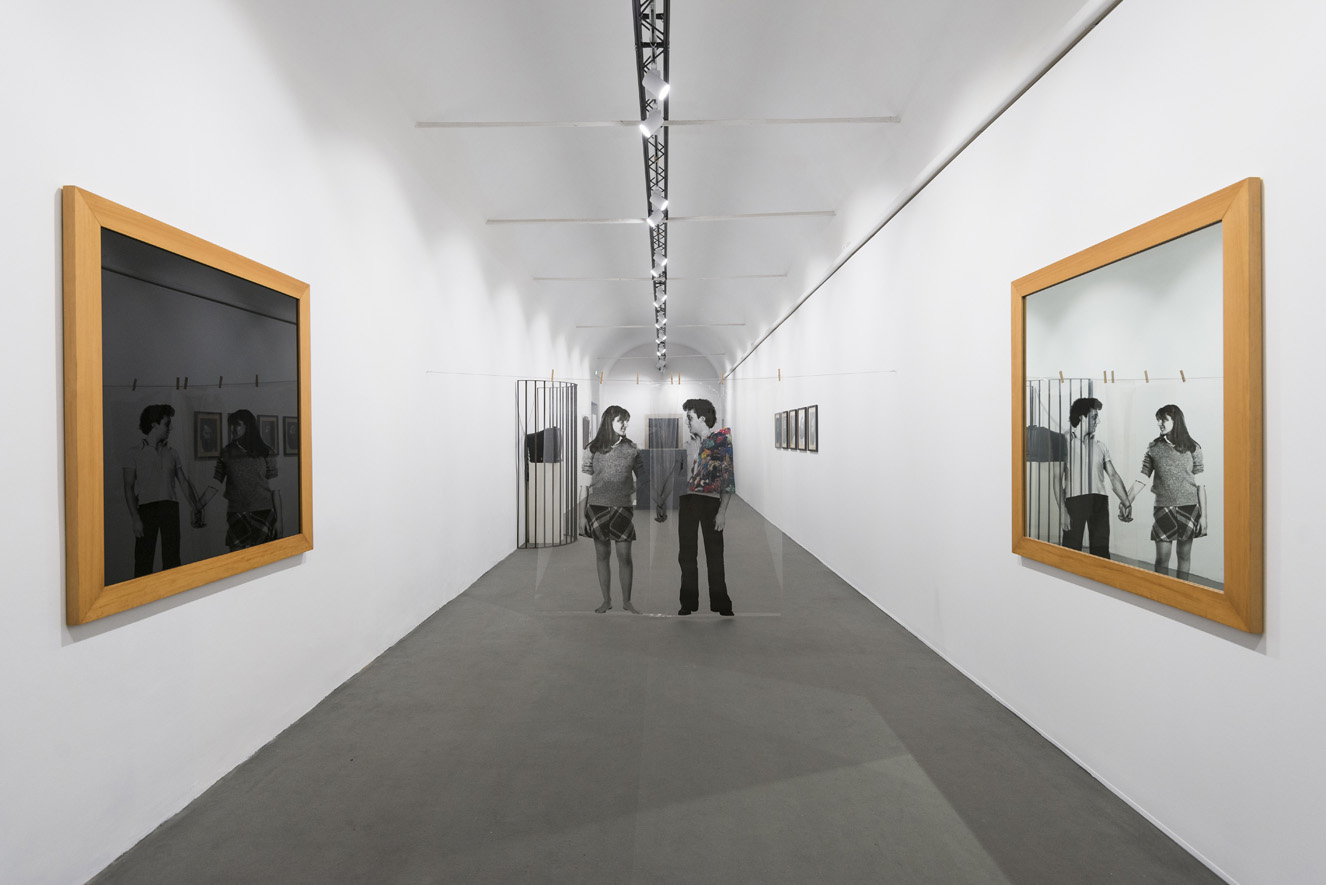 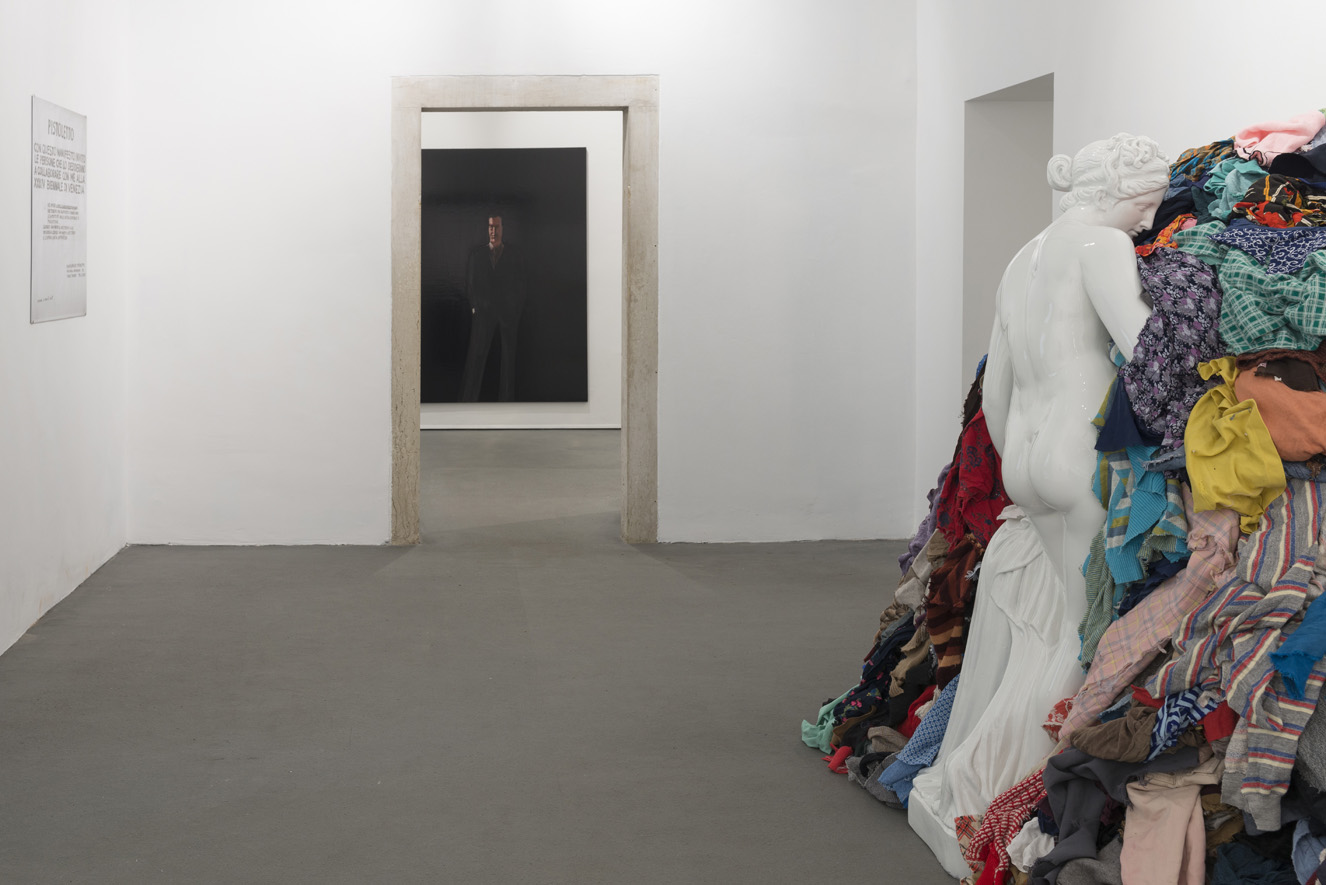 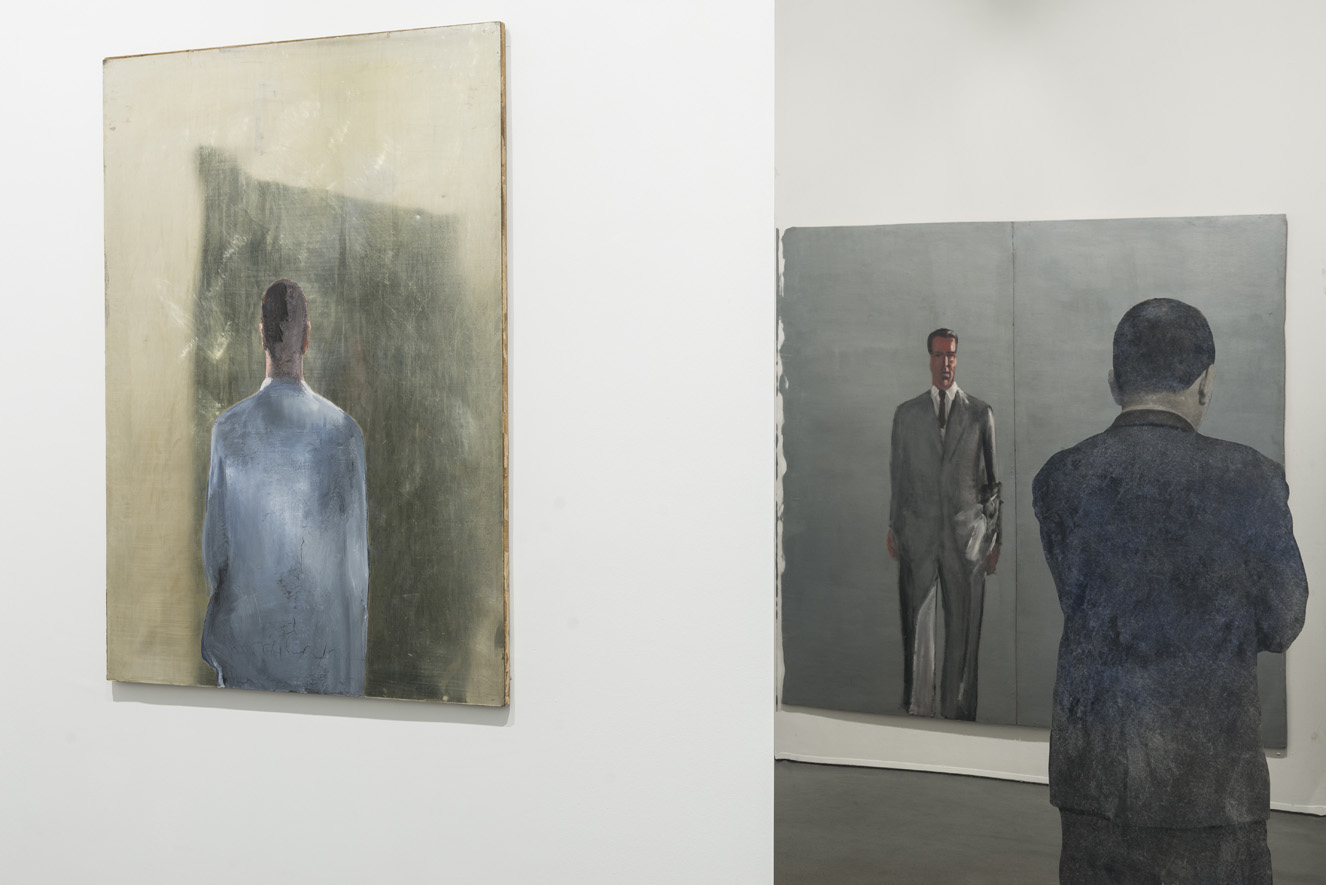 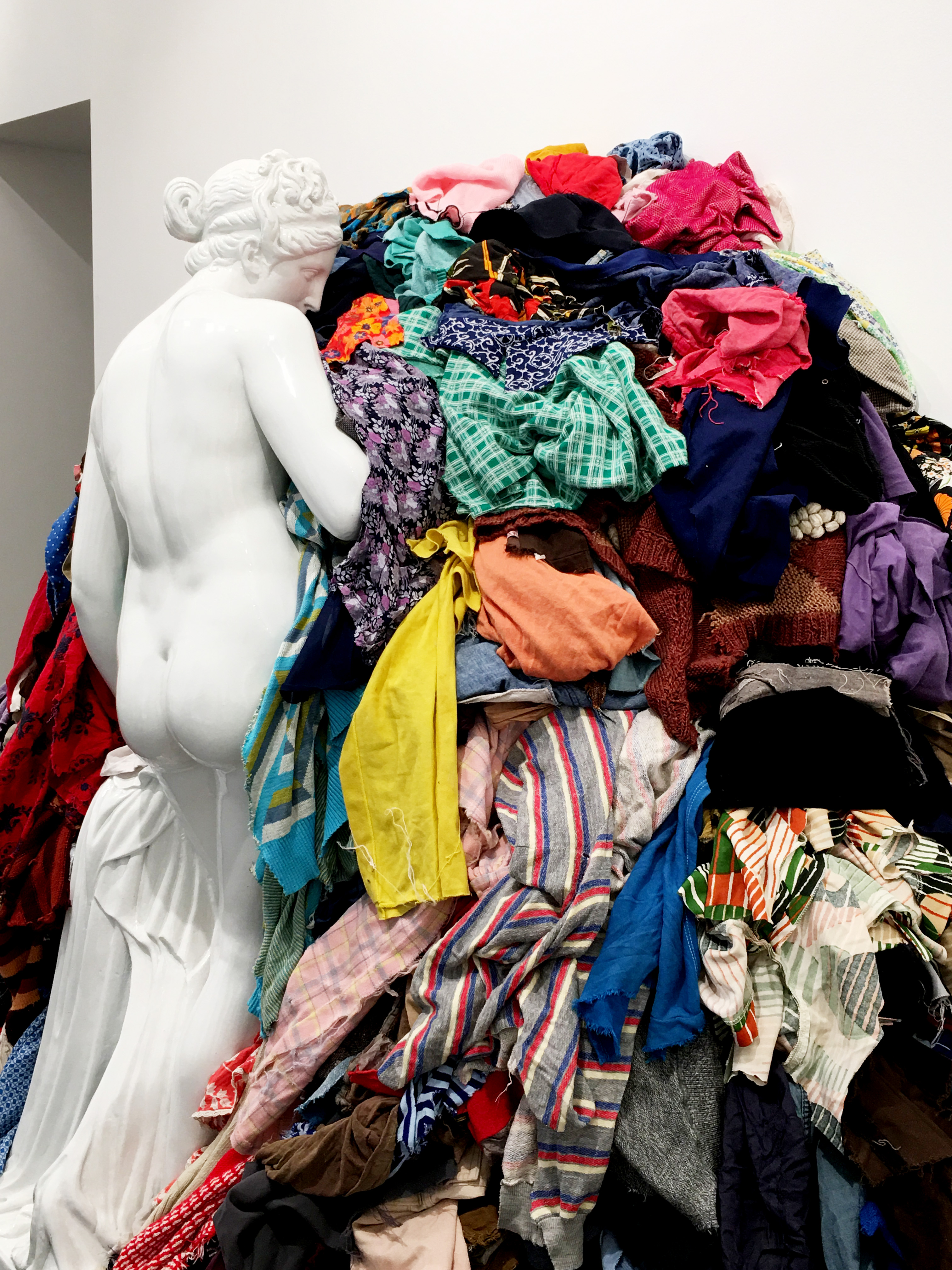 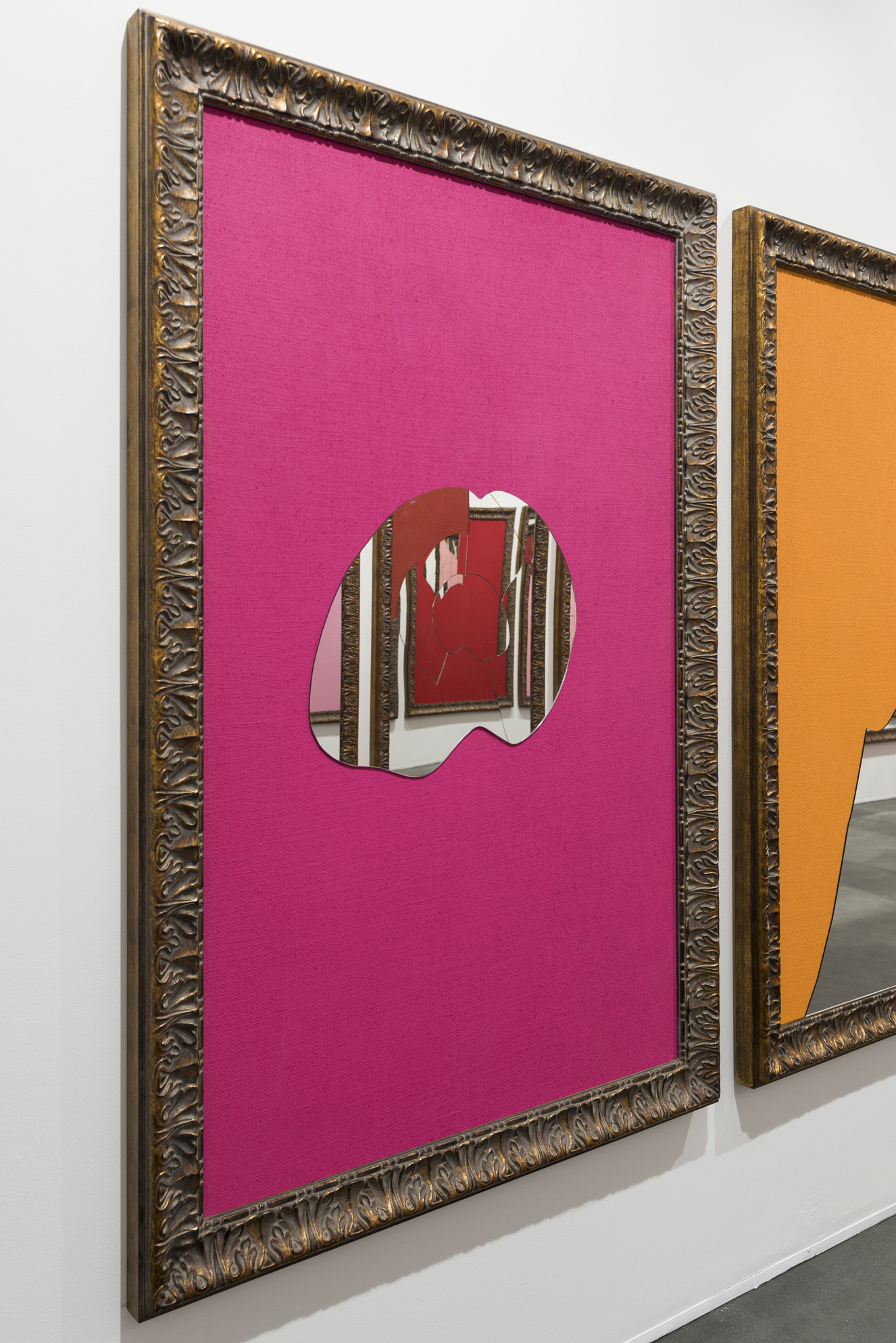 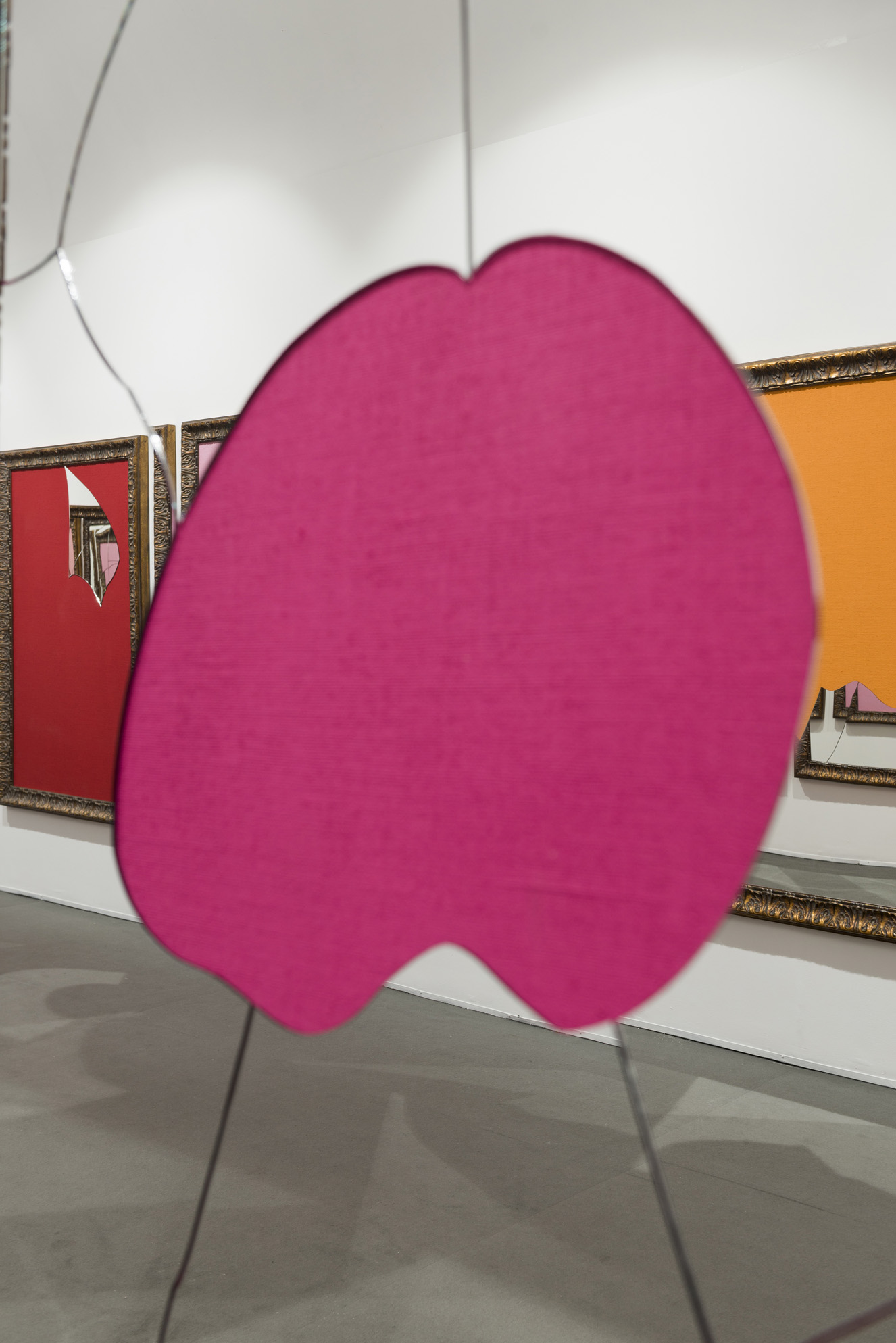 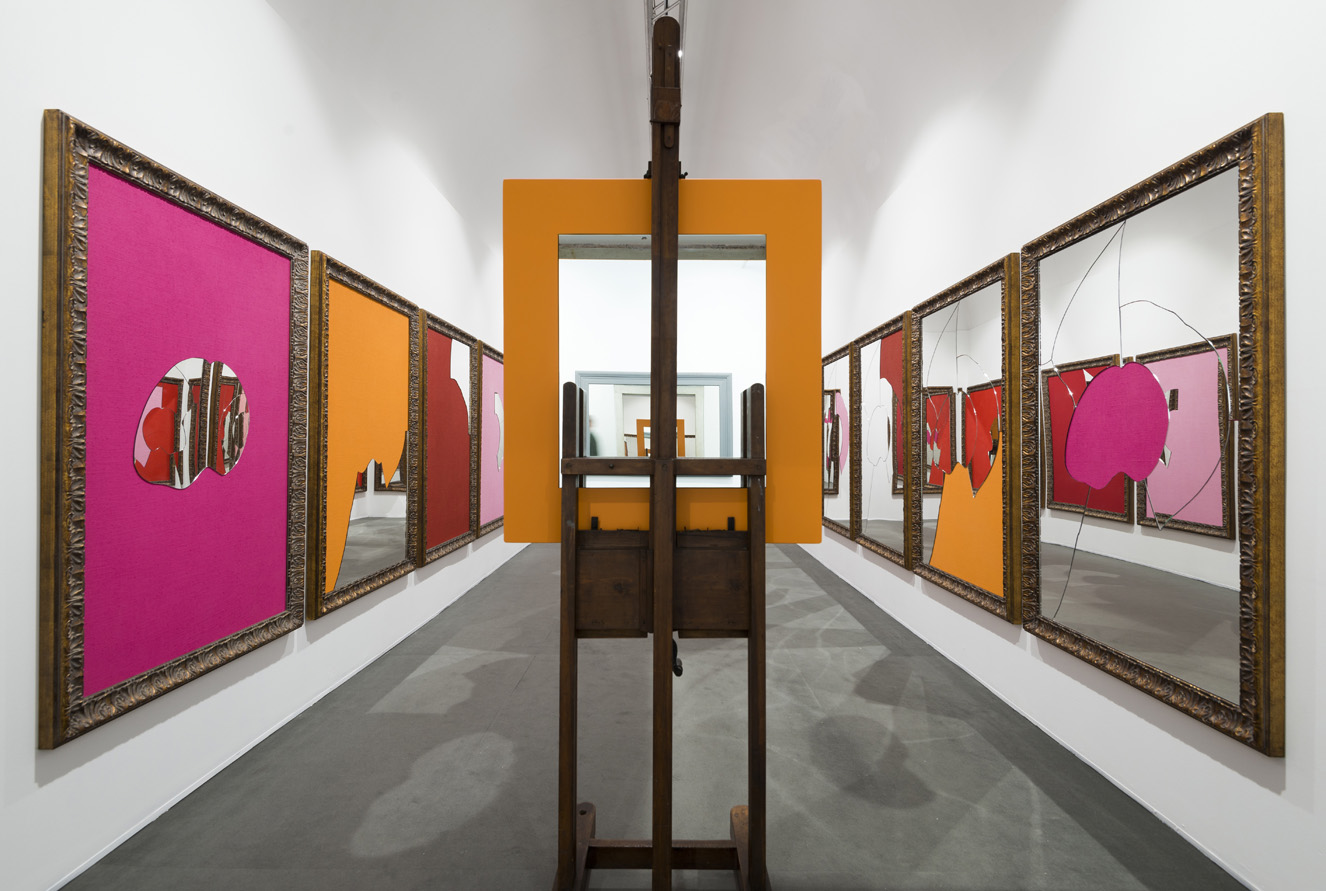 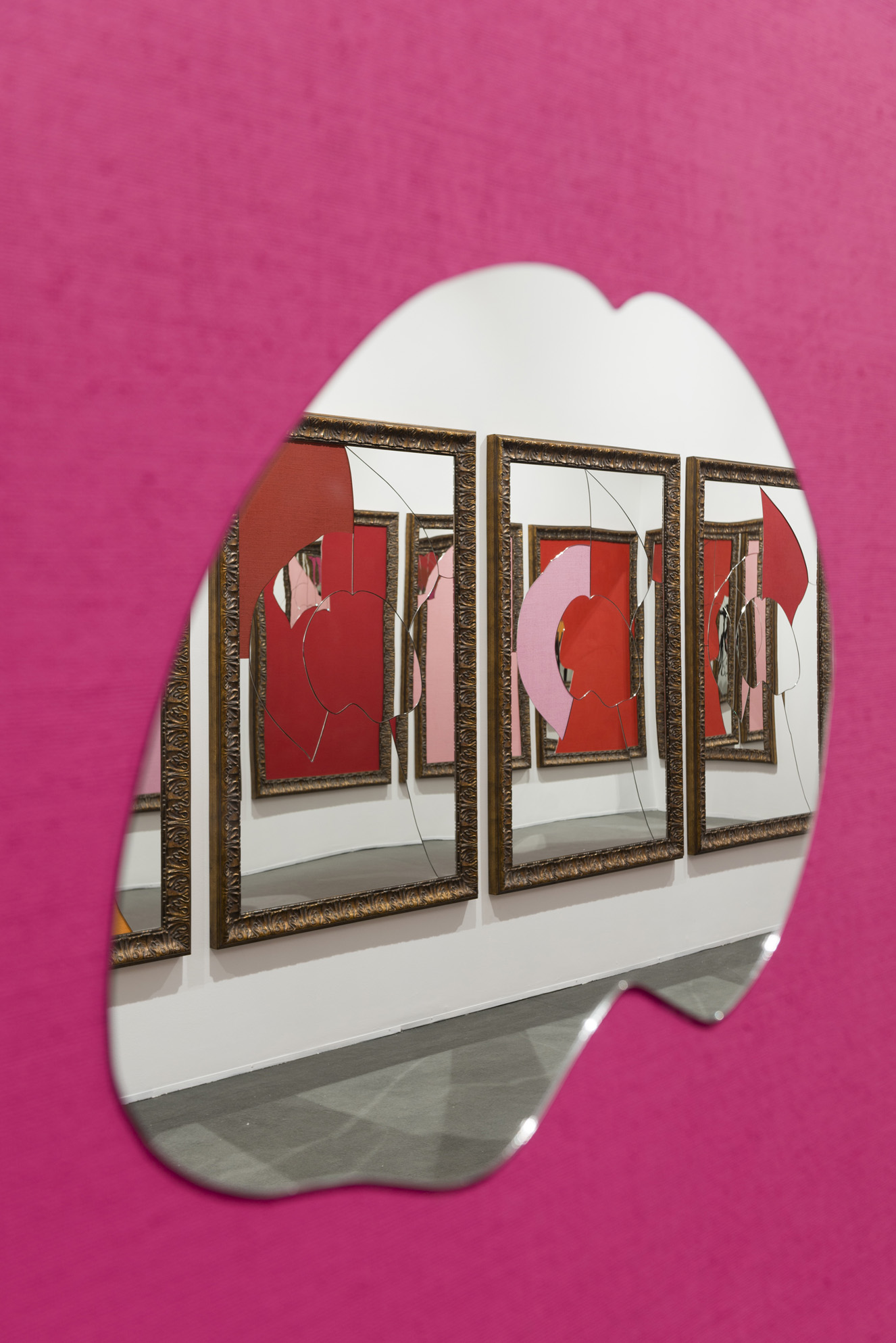 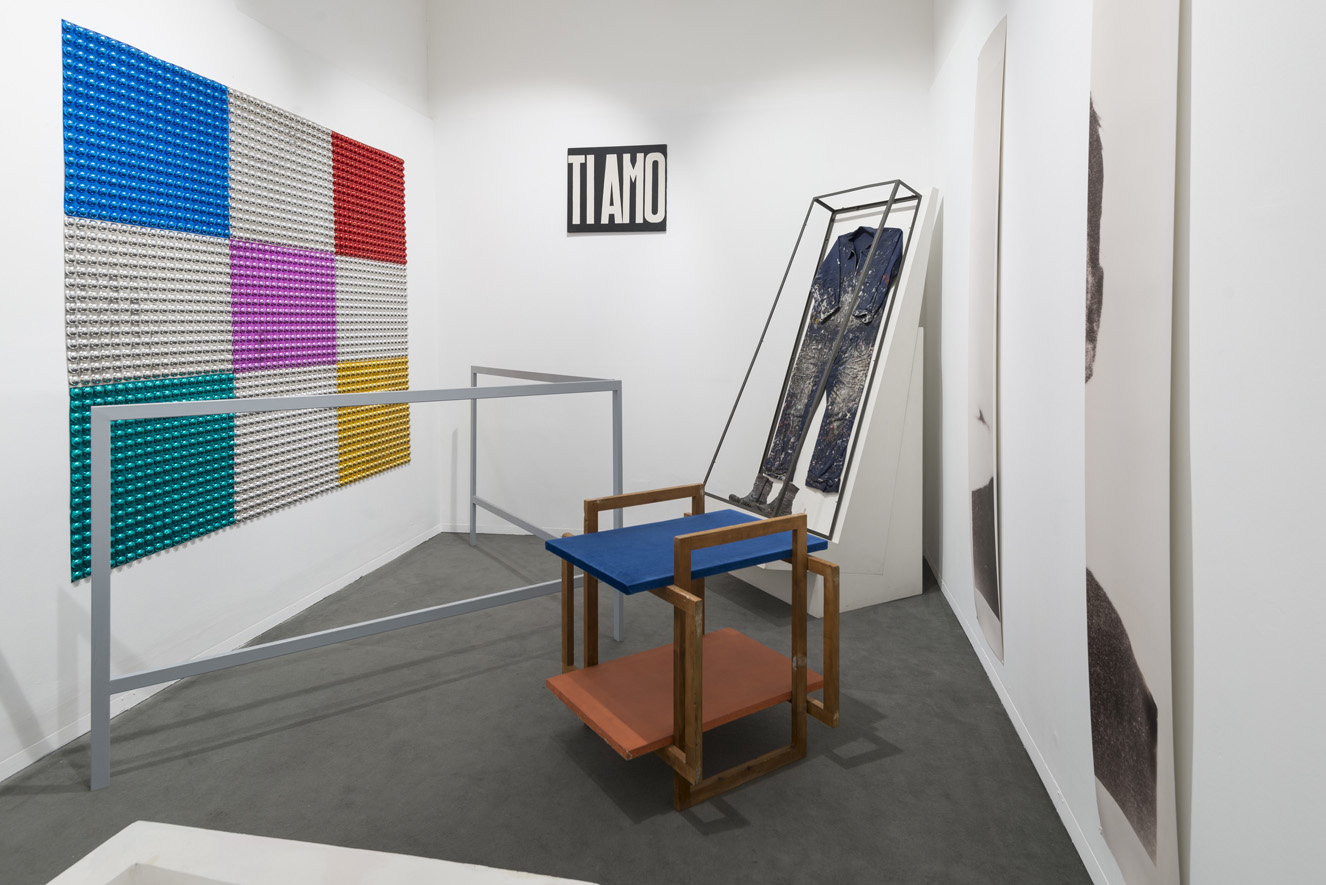 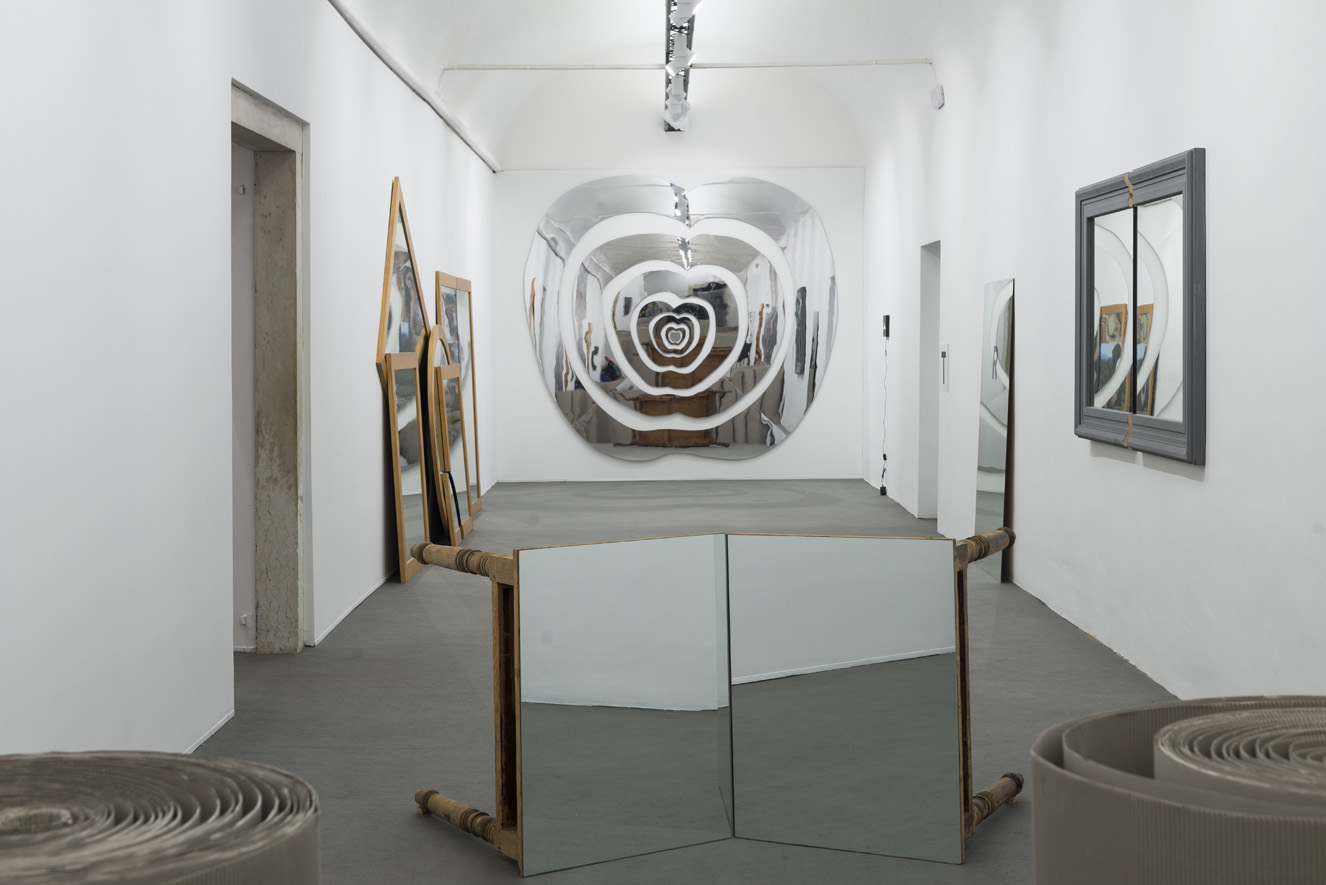 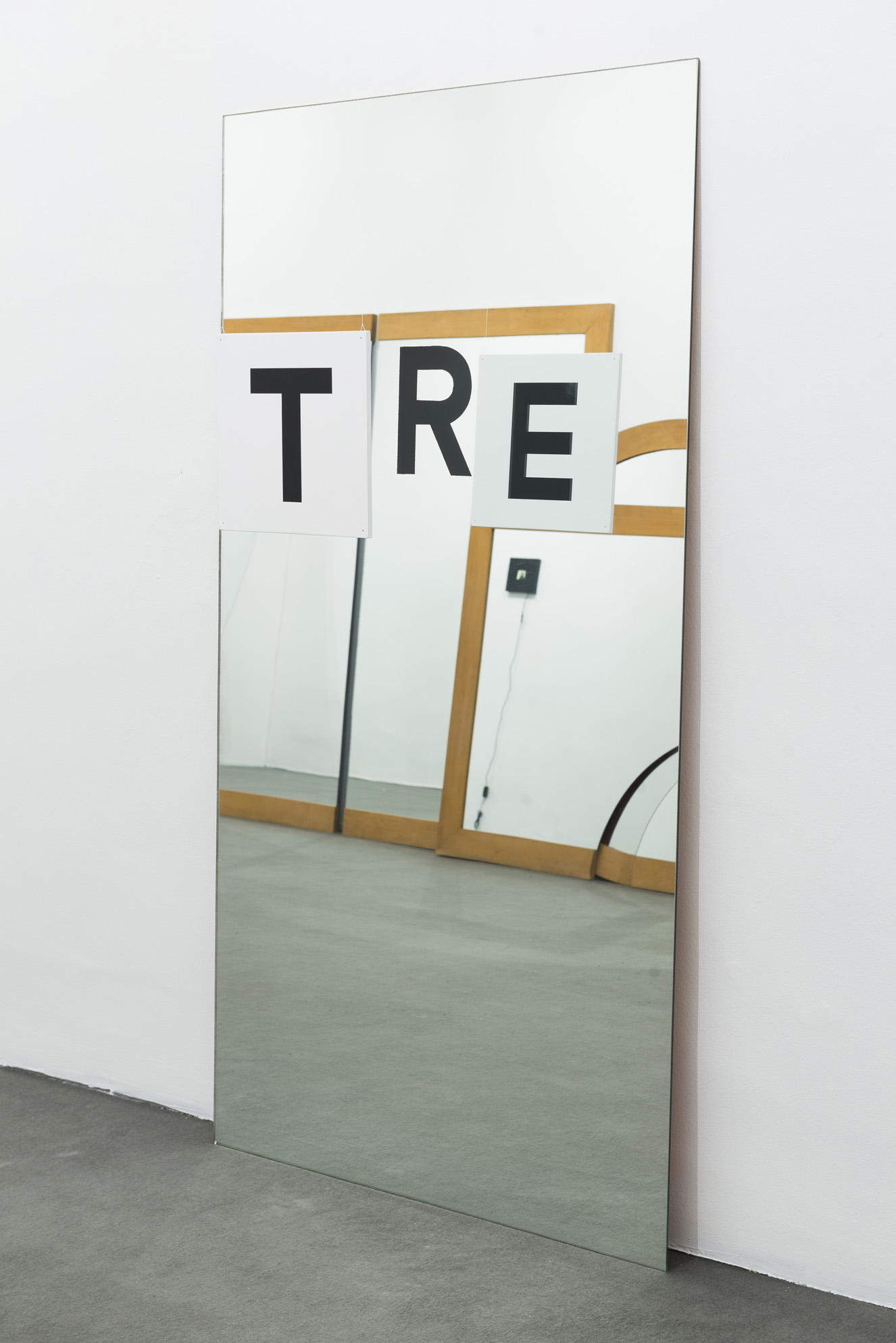