Robert Montgomery – ALL KINGDOMS SMASHED AND BURIED IN THE SKY

We will still erase the war monuments even if we only have pencils of sticks dipped in rainwater.

The buffer zone in Cyprus is somewhat a war monument that splits the country east to west. This no-man’s land physically embodies the violence of the dispute that once divided the territory, as well as its permanent military status quo. This symbol of shattered dreams and crumbling relics of times gone by inspired the Scottish artist and poet Robert Montgomery for ALL KINGDOMS SMASHED AND BURIED IN THE SKY, a special artistic project and artwork realized in collaboration with Nicosia-based the Office gallery. It concerns some of Montgomery’s latest works, while three of the works have been created site especially for the Office. The location of the Office, which lies on a street that shares borders with the buffer zone and eventually gets interrupted by it, as well as the turbulent history of the island have been crucial for the exhibition. Dealing with the many kingdoms that ruled over Cyprus and passed away leaving desolation and destruction, Robert Montgomery composed a poetic text burned against the dusk night sky on the exhibition’s opening. A billboard installed above the Office’s street, which lights up in the dark, presents the artwork under a different form without betraying its original meaning. In direct dialogue with the architecture of the location and the socio-political state of today’s Cyprus, the work acts as a self-criticism for the British identity of the artists himself, considering that Cyprus was once a colony of the United Kingdom. The contrasting flags and catholic church turned to mosque which stands in the background are visible scars of this country and its fragmented identity. By adopting and reshaping the conventions of presenting utilitarian and commercial forms of speech, Robert Montgomery brings poetry to a more accessible and contemporary dimension, facing the slow decay of this noble art. Within the Office’s interior spaces, the artist looked for a more intimate involvement with the public by showcasing a series of watercolors in smaller dimensions. Whether it takes place in public or private spaces, Montgomery’s art never looses its lyricism and its subversive character, creatively promoting resistance as recuperation of beauty. 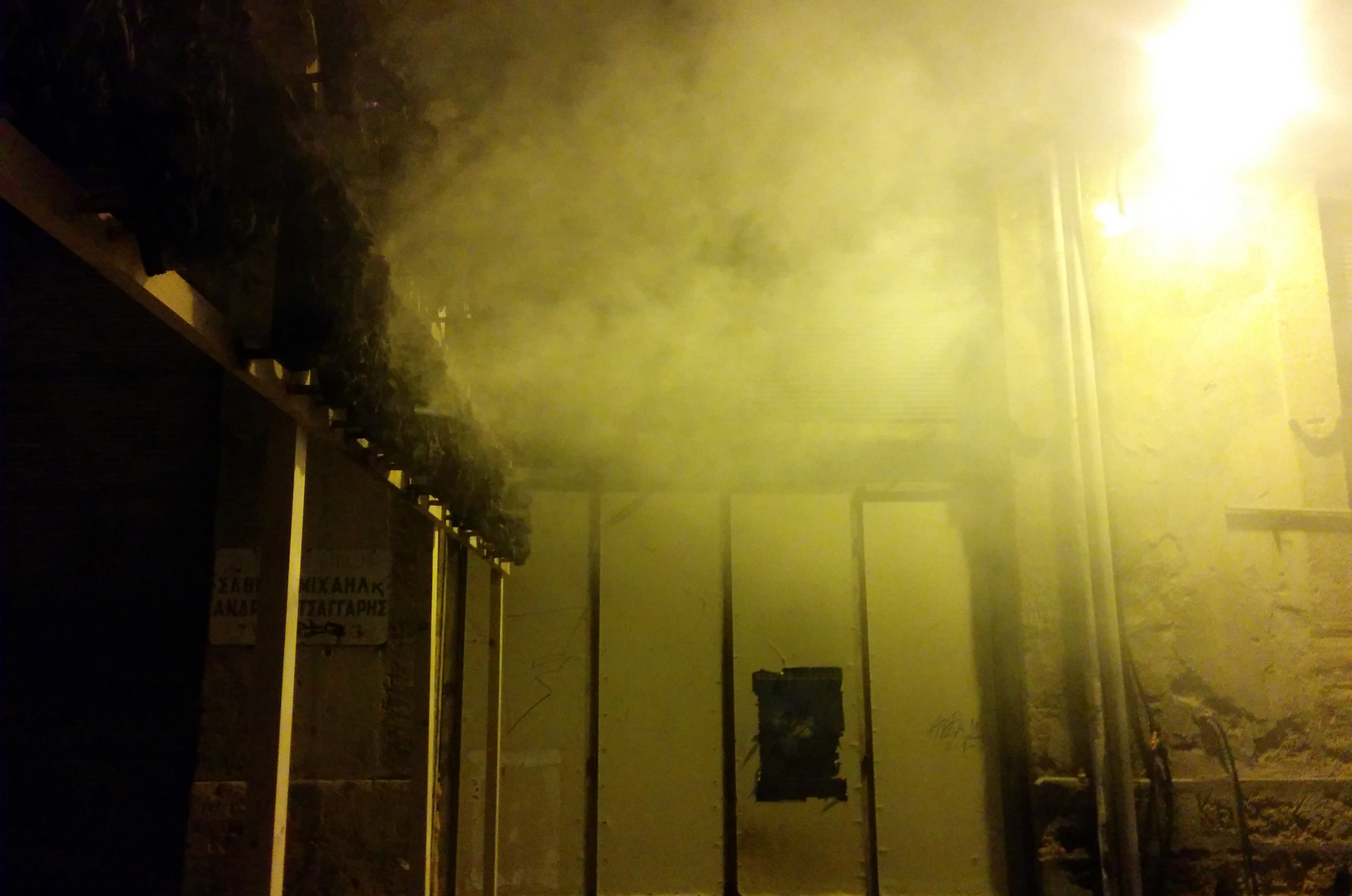 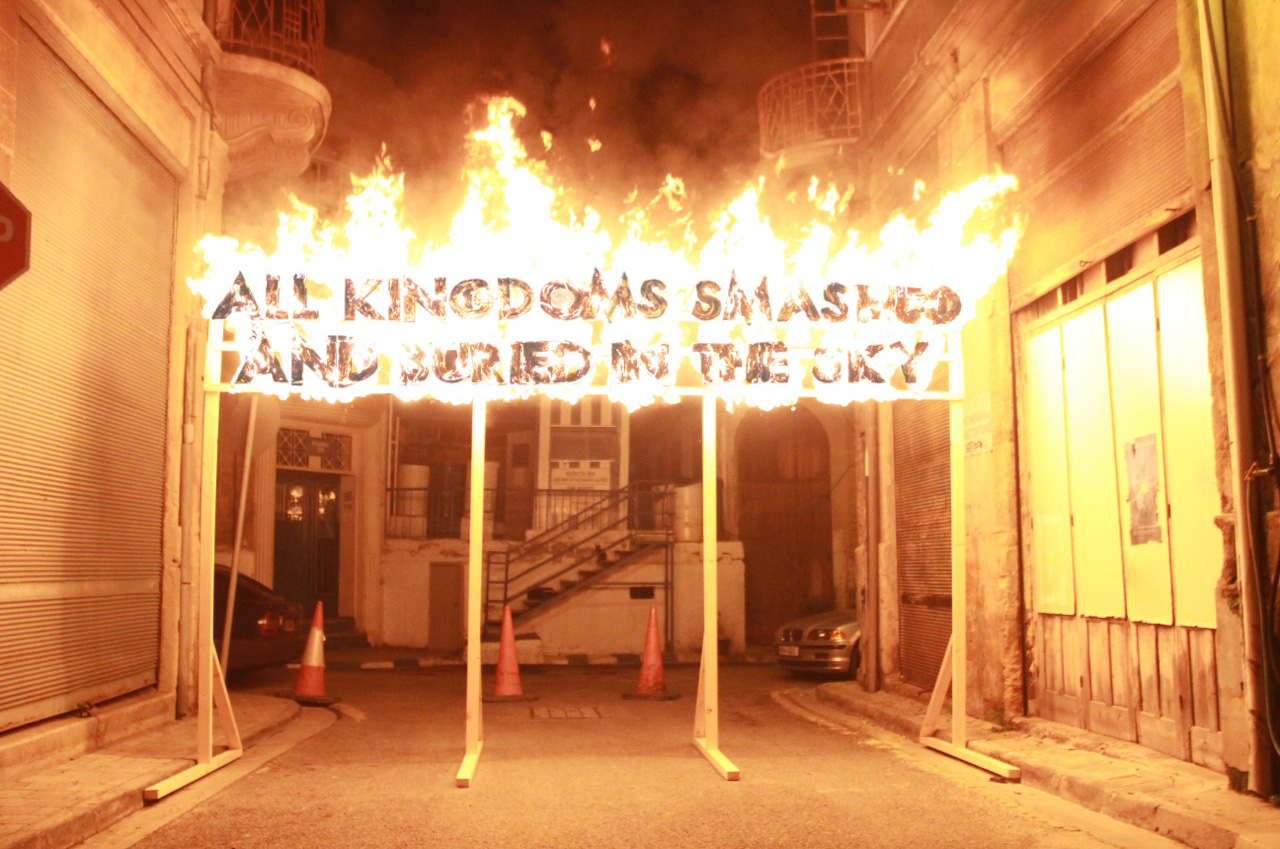