The Weight of My Light – Operativa Arte Contemporanea

Light is an electromagnetic radiation that can be perceived by the human eye because of its interaction with the matter. Art always tried to catch its substantial abstraction, interpreting it through countless different media and forms of expression.

The weight of my light is a collective project that offers a fresh and clarifying analysis on the ineffable identity of light spectrum, explored by the imaginative point of view of six young artists, emerging figures of a new Roman school in perpetual dynamism.

In the exhibition’s first episode the visible-invisible nature of light was investigated by the artworks of Diego Miguel Mirabella, Serj and Leonardo Petrucci through a rational and geometric approach.
The bare MDF self-supporting structures by Mirabella were perceived as a invalicable barrier to the sight, forcedly conforming the wandering of gazes to the rhythm of their defined folded architectures. But the apparently dead end of the sharp dark corners actually led straight to the heart of the sculptures, made up of subtle polychromatic sheets in glass or latex.
The interaction of sound and image was developed through Generator, by Serj, where audio and video inputs born and died incessantly following a schema of orthogonal projections. The light turned into musical ink to write its own arrangement.
Modular geometric solids, placed into the space according to the universal order of occultist Alexandre Saint-Yves d’Alveydre, shaped the path of light in Leonardo Petrucci‘s installation, which cleared up the darkness of the basement.

José Angelino, Alessandro Dandini de Sylva and Alessandro Vizzini were charged to narrate the second exhibition’s episode, which opened to more poetic and emotional shades. In a collision between physics and creative imagination, Angelino showcases the wave motion of light. He trapped the Argon gas in glass sculptures, which obstruct and, at the maintime, reveal the flow of the electric field inside the rarefied gas.
Also de Sylva used the same scientific meticulousness to produce through tiny gowns spectacular and artificial polychromatic sunrises, immortalised on a series of Polaroids that give life to his latest photographic cycle.
The fascinating alchemy of minerals was explored by the work of Alessandro Vizzini, which focused on the phenomenon of light propagation in the crystallization process. The colours produced by the refraction were allegorically absorbed by a raw wooden panel, which let them to freely cast in a sort of flickering aurora borealis.

The untouchable weight of the light was carried with all its conceptual and visual essence. Caressed with wonder, sometimes shaped with decision, interpreted in intimate manners, the light spectrum were penetrated by the artistic contamination, up to an exaggerated exasperation that pushed it to the ultimate negation of itself. 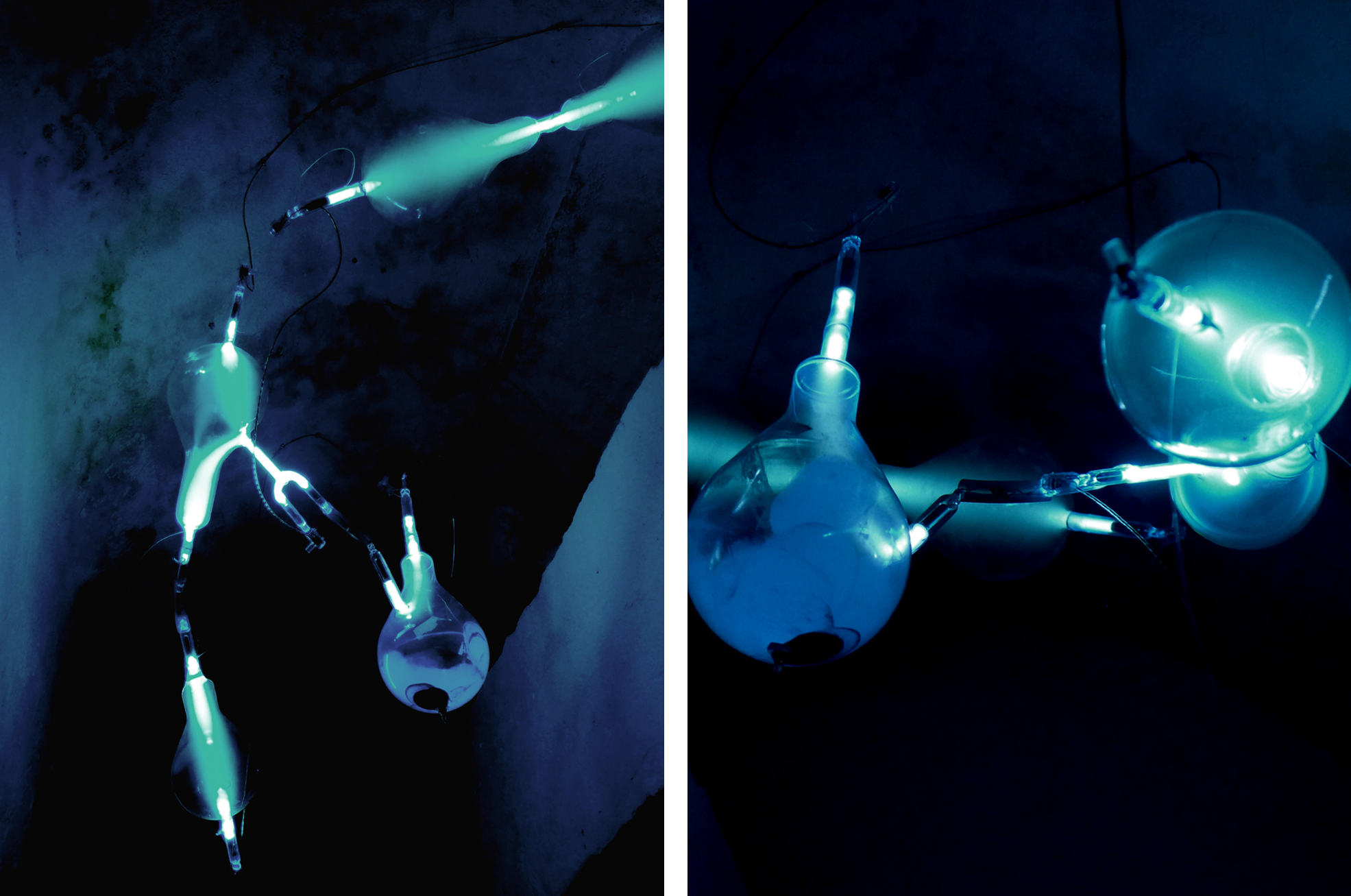 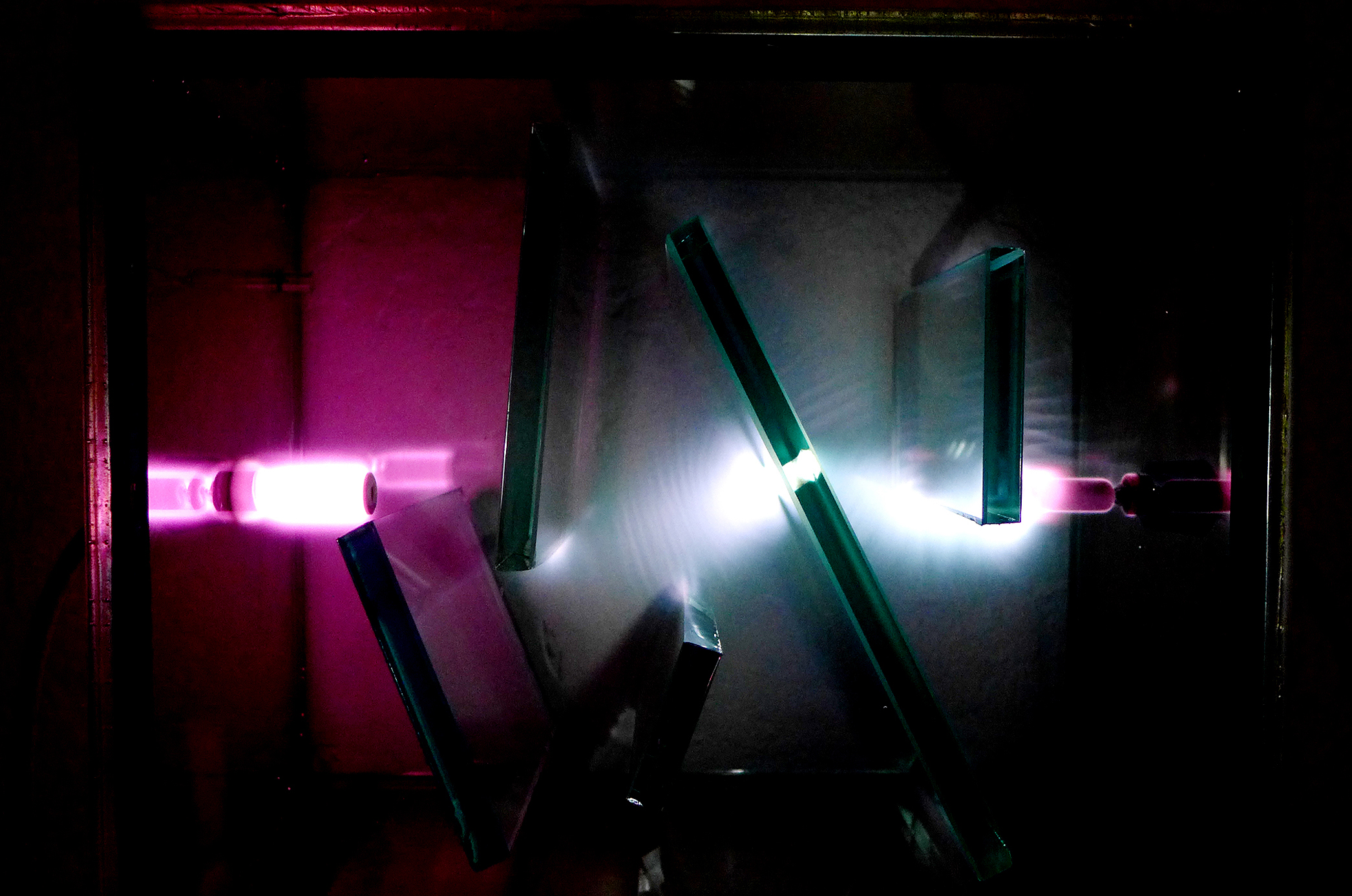 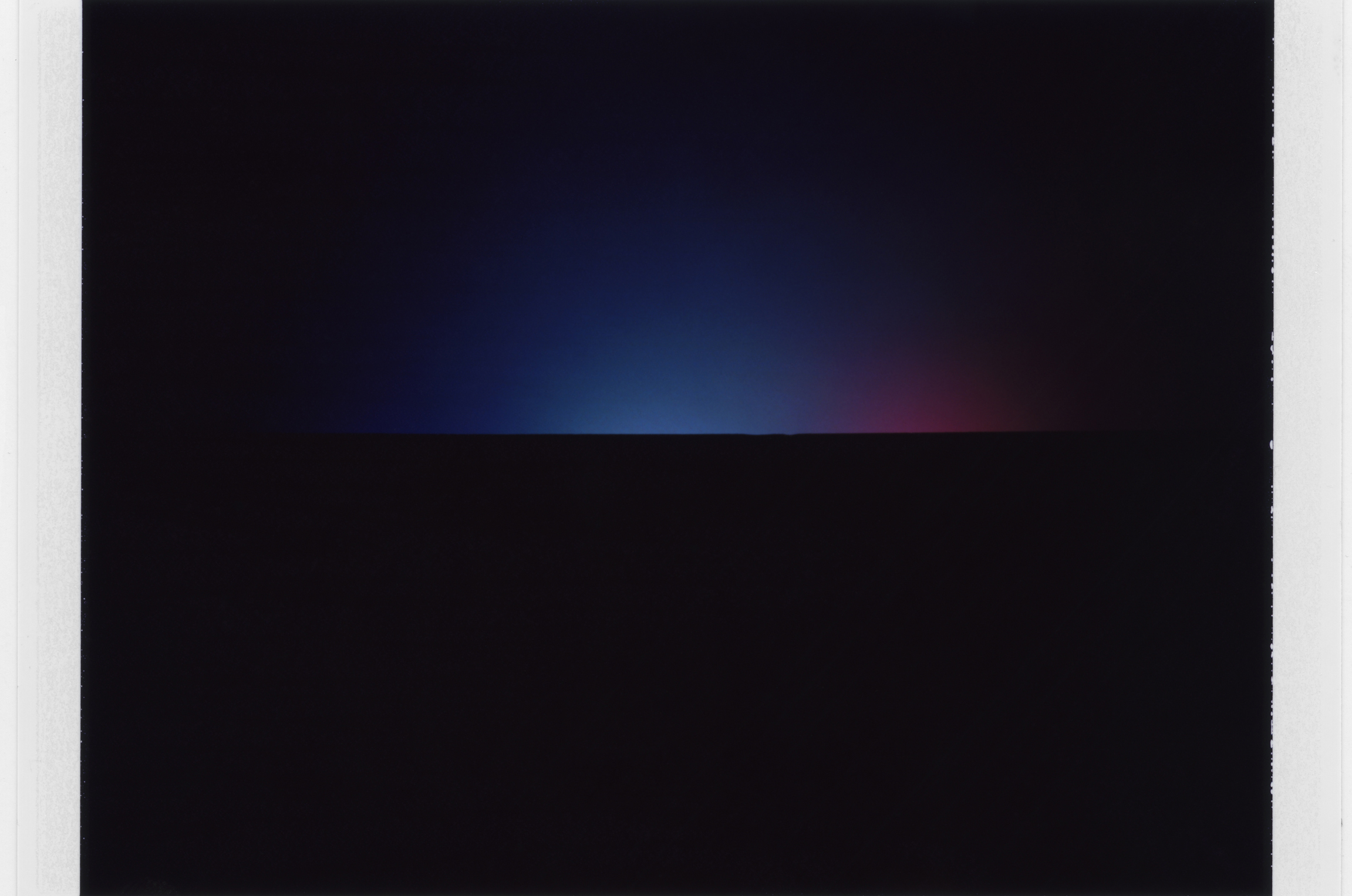