Ugo Rondidone taks over the second floor of the recently renovated The Bass Museum in Miami Beach.

Marking the first appearance of the Swiss artist in the U.S. in nearly two decades, the exhibition Good Evening Beautiful Blue is part of a multidisciplinary retrospective that compromises works spanning from the 90’s to present. Poetically reflecting on the boundaries between fiction, subconscious and reality, Rondinone installation at The Bass balances on the edge of euphoria and detachment while questioning the identity of the self. With the aim to give physical shape to a “vocabulary of solitude”, Rondinone filled the upper room of the museum with life size clowns that imitate a certain human behavior, such as daydreaming, sleeping, waking up, sitting and running. Despite the cheerful colors of the exhibiting room, the clowns’ flamboyant attires and the relative closeness between each other, one has the impression that there is no bound between them, tall walls obstruct any form of mutual compassion and exchange, everyone is locked in his own bubble creating a scene of loneliness that subtly alludes to nowadays society and relationships between individuals. The accurate anatomy of the sculptures immediately touches the audience and engages it to meditate on self-apprehension and submission to our biological needs. Behind their light appearance, Ugo Rondinone works disclosure a sicerely deep insight into the artist’s mind and personal reflections.

This aspects stand out more clearly in the series of videos showcased in the final gallery titled It’s late It’s late and the wind carries a faint sound as it moves through the trees. It could be anything. The jingling of little bells perhaps, or the tiny flickering out of tiny lives. I stroll down the sidewalk and close my eyes and open them and wait for my mind to go perfectly blank. Like a room no one has ever entered, a room without any doors or windows. A place where nothing happens. The installation consists in slow-motion loops of six men and six women, alone in their frames, performing an unresolved gesture without acknowledging the viewer. The final line of the work’s narrative title …A place where nothing happens. aptly describes the cyclical nature of the movements, resulting in a thought provoking and introspective space. Together, the selection of works places the visitor in a state of contemplation and introspection, confronted by installations that stimulate self-reflection. 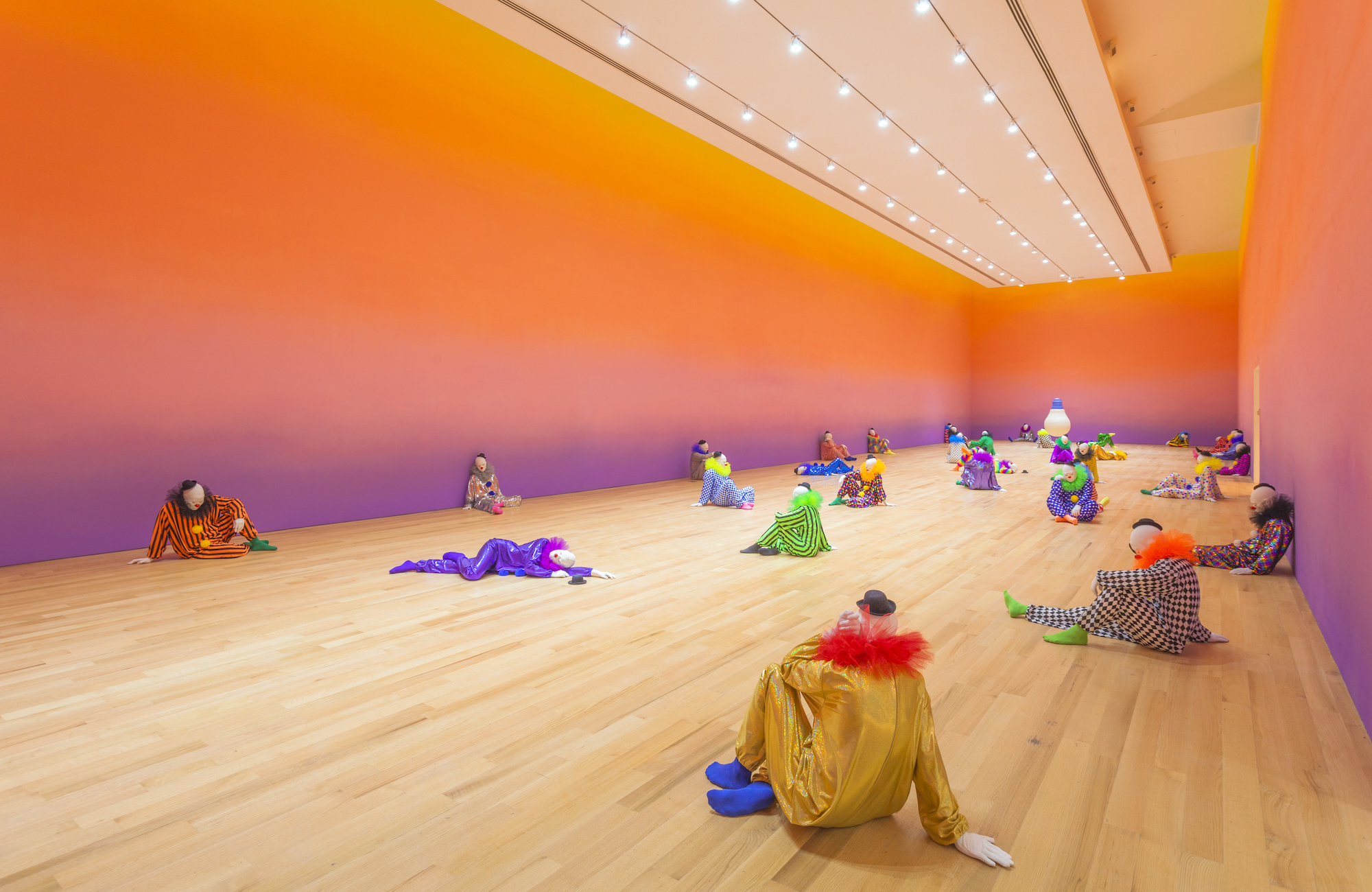 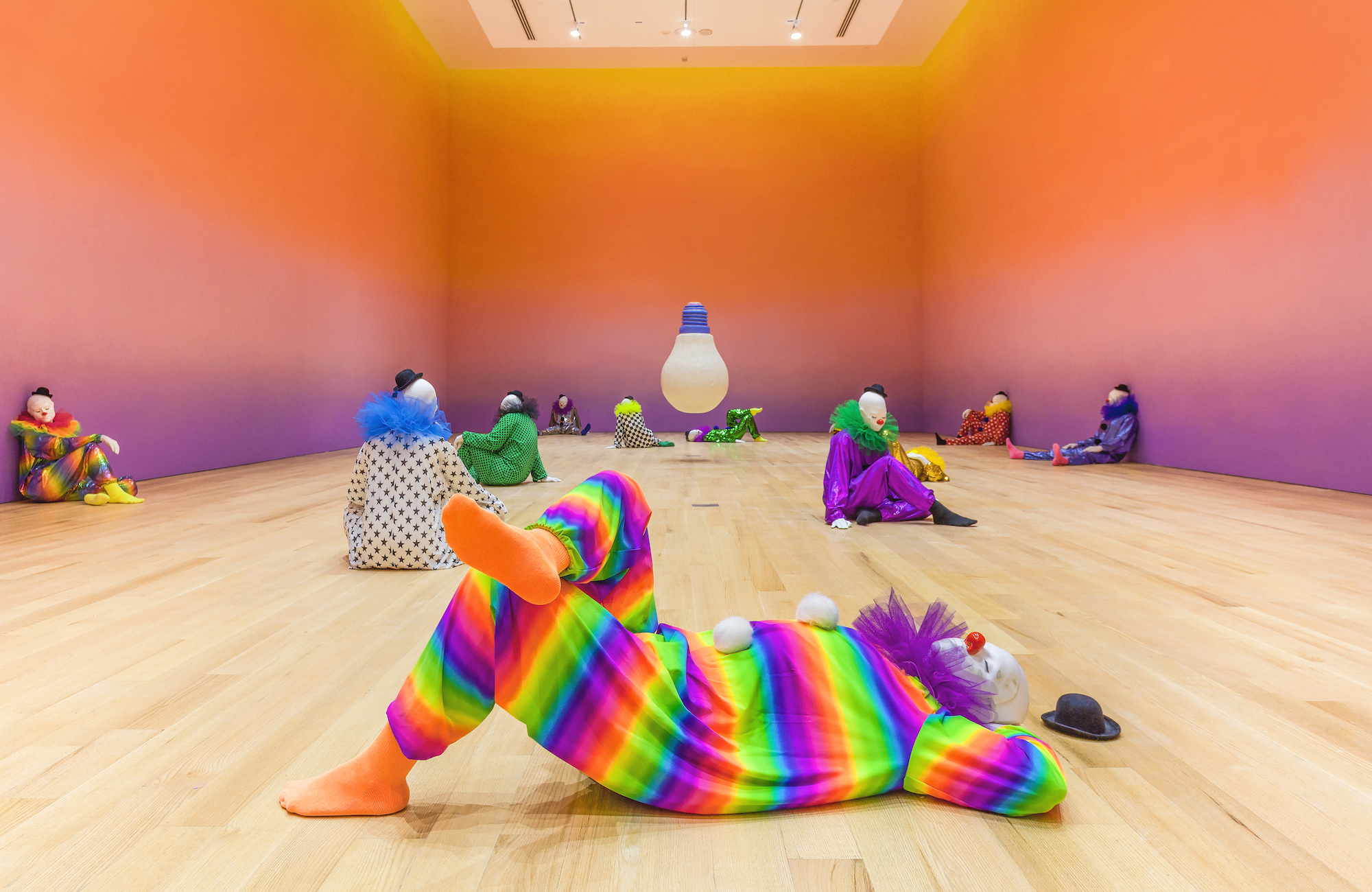 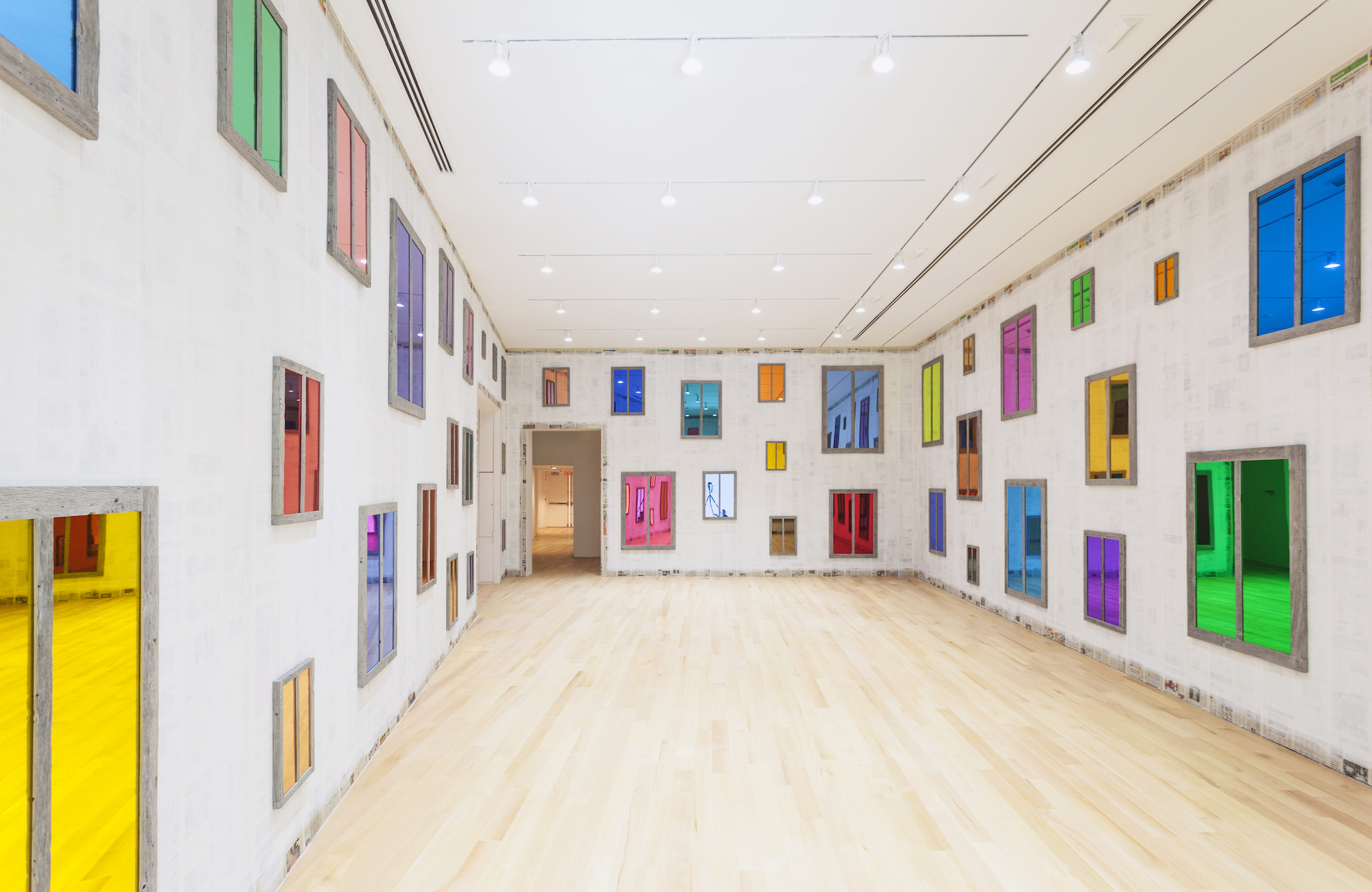 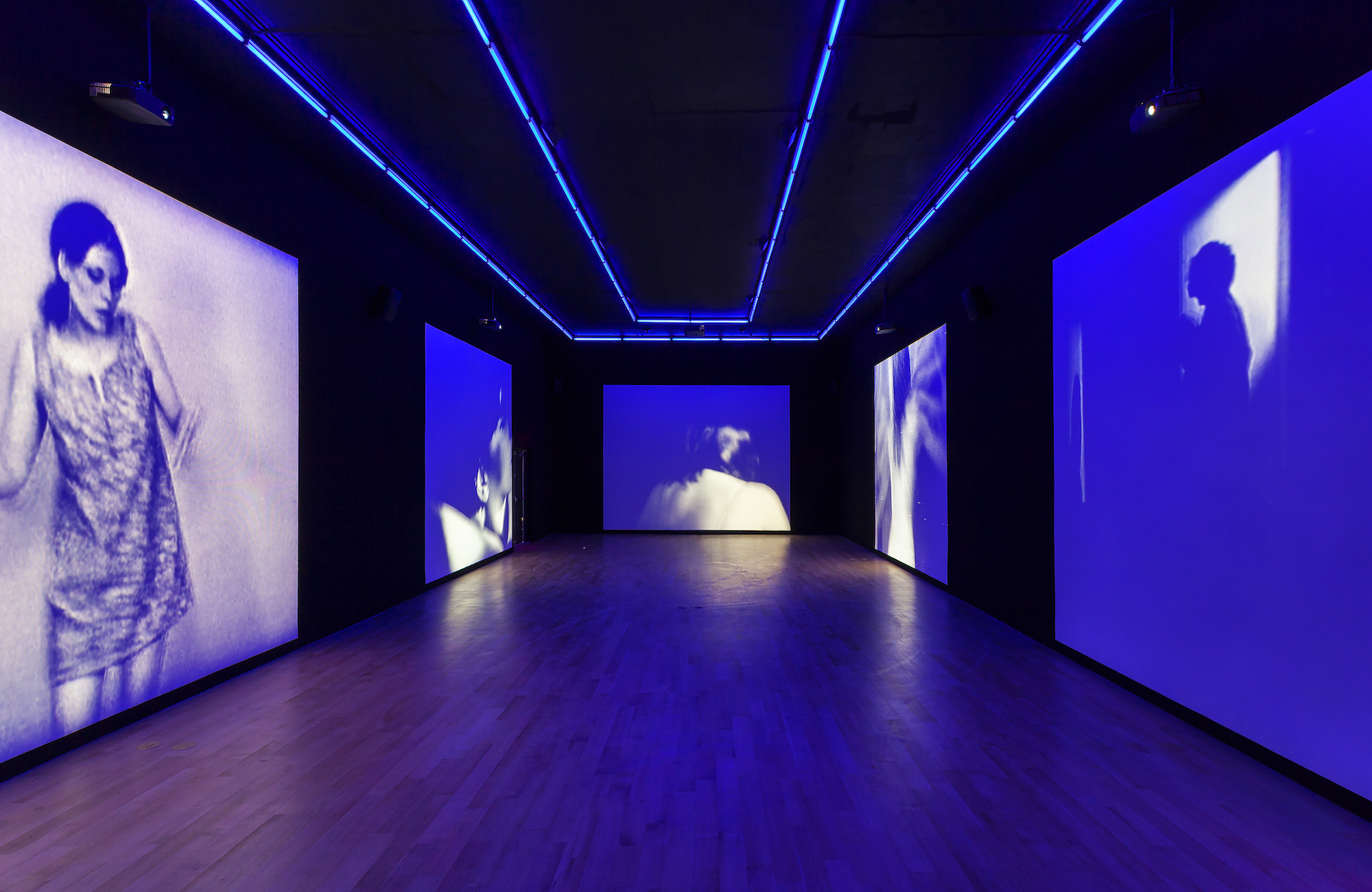 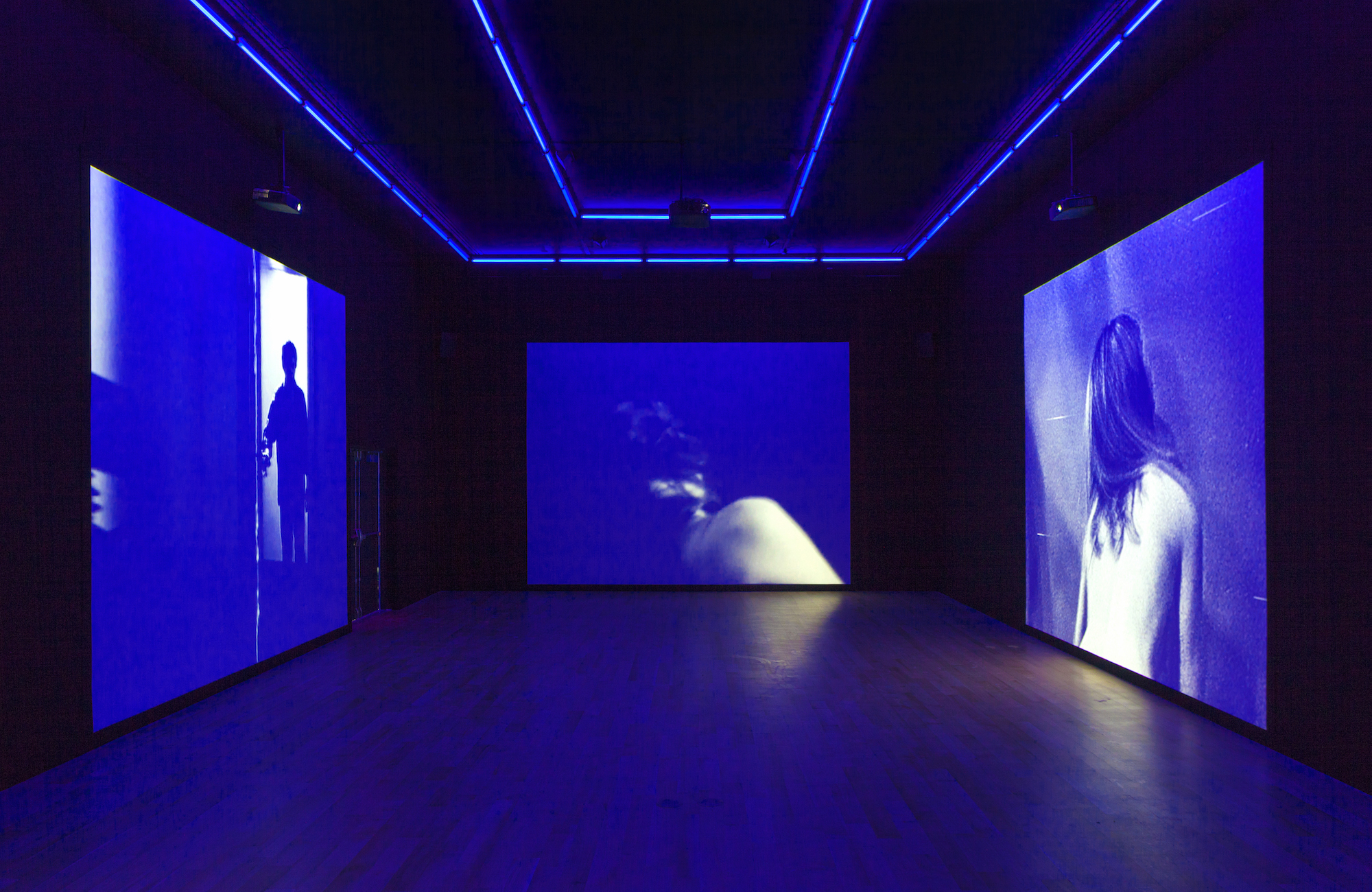 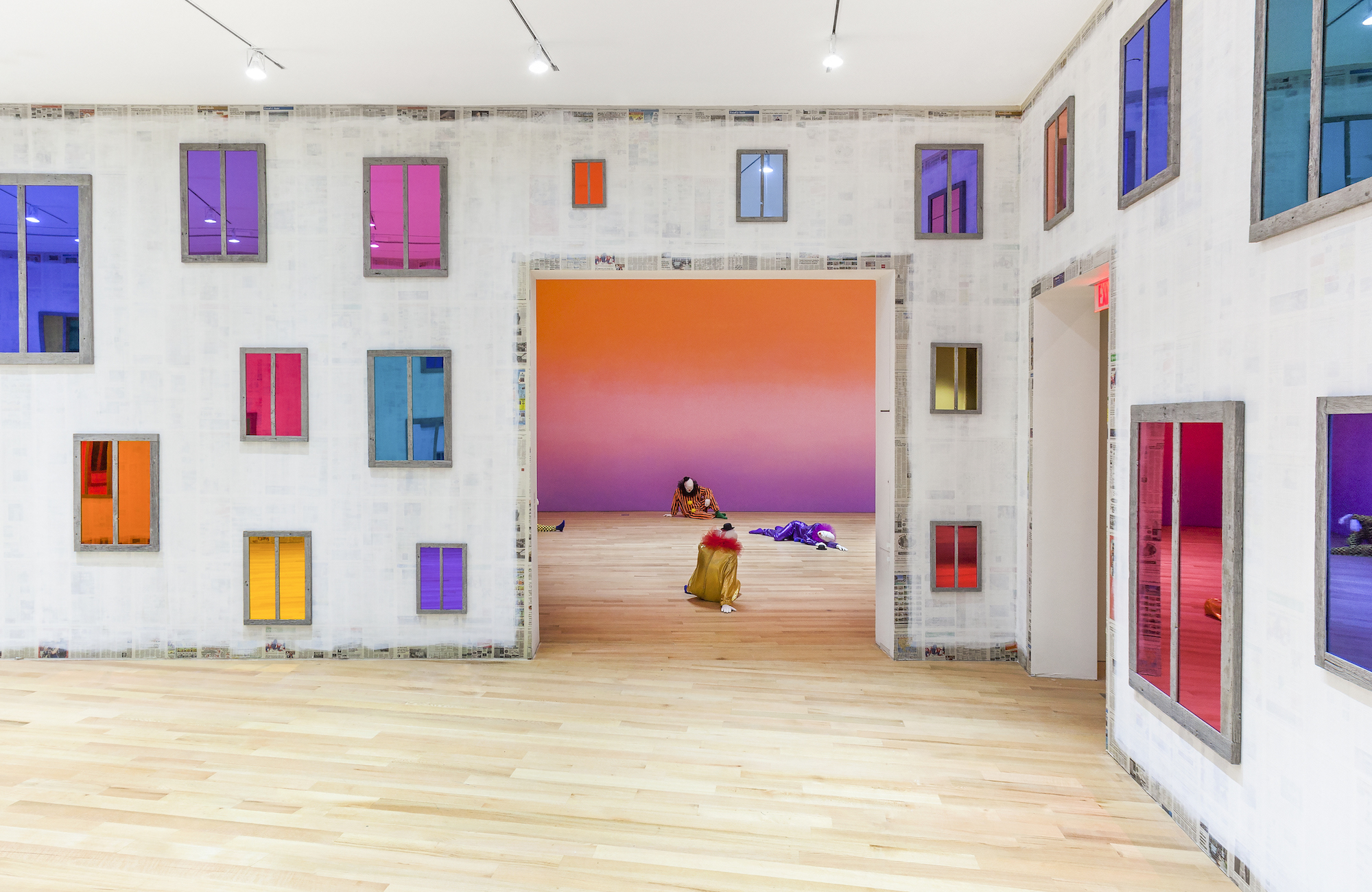