The 22nd edition of PAD Paris brought together Europe’s leading galleries for 20th century and contemporary design in a finely curated showcase. This year the architect and art curator Charles Zana took over Studio PAD and shaped it as if it was the room of  a collector, including exclusive pieces such as the of ceramics made by Ettore Sottsass that will later be presented at the Biennale d’Architectura in Venice later this spring. Assembled in the spirit of “classic contemporary”, the space pays homage to the architect and designer Carlo Scarpa through its sharp simplicity and graphic composition on the two-toned colored walls. Renowned for its accurate mises en scène and exquisite knowledge of antiquities and art deco, Galerie Alexandre Biaggi showcased works by Hervé Can der Straeten, Mattia Bonetti and Jean Grisoni. The duo behind Jousse Entreprise, Phillipe and Matthias Jousse, stood out by bridging architecture furnishing to contemporary art with pieces by Jean Prouvé, Pierre Jeanneret, Georges Jouve among others. Iconic gallery Jacques Lacoste presented a selection of exceptional designs from 1920-1925 such as a rare commode made by Jean Dunand and an ensemble of stools made by Georges de Feure, featuring also French art deco masters Louis Sue and André Mare. The Galerie Mouvements Modernes, focused on limited editions of furniture, lamps and objects, this year showcased the pictorical carpets by Alexandra Mocanu, which have been awarded of this year’s PAD Prize. 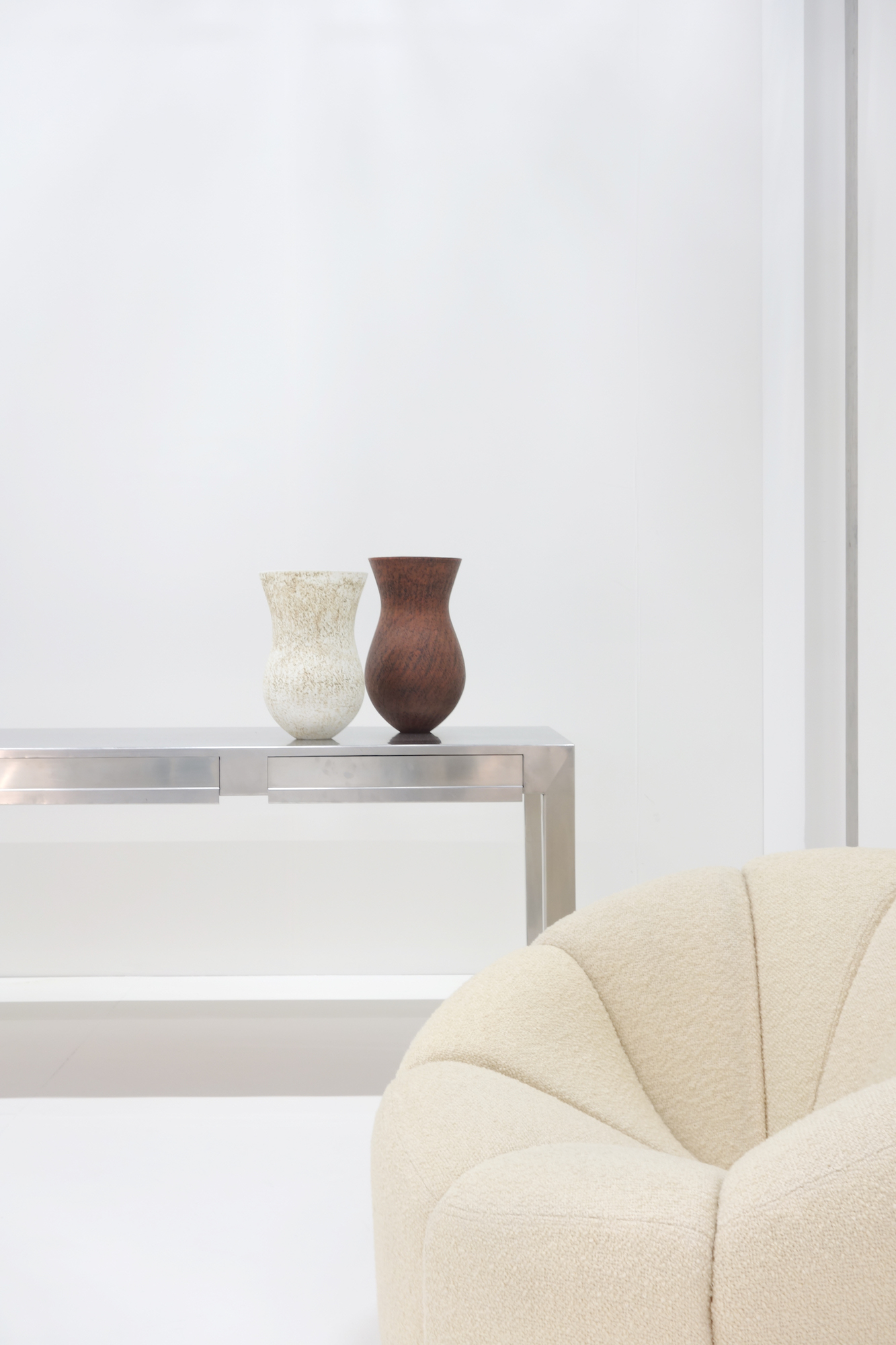 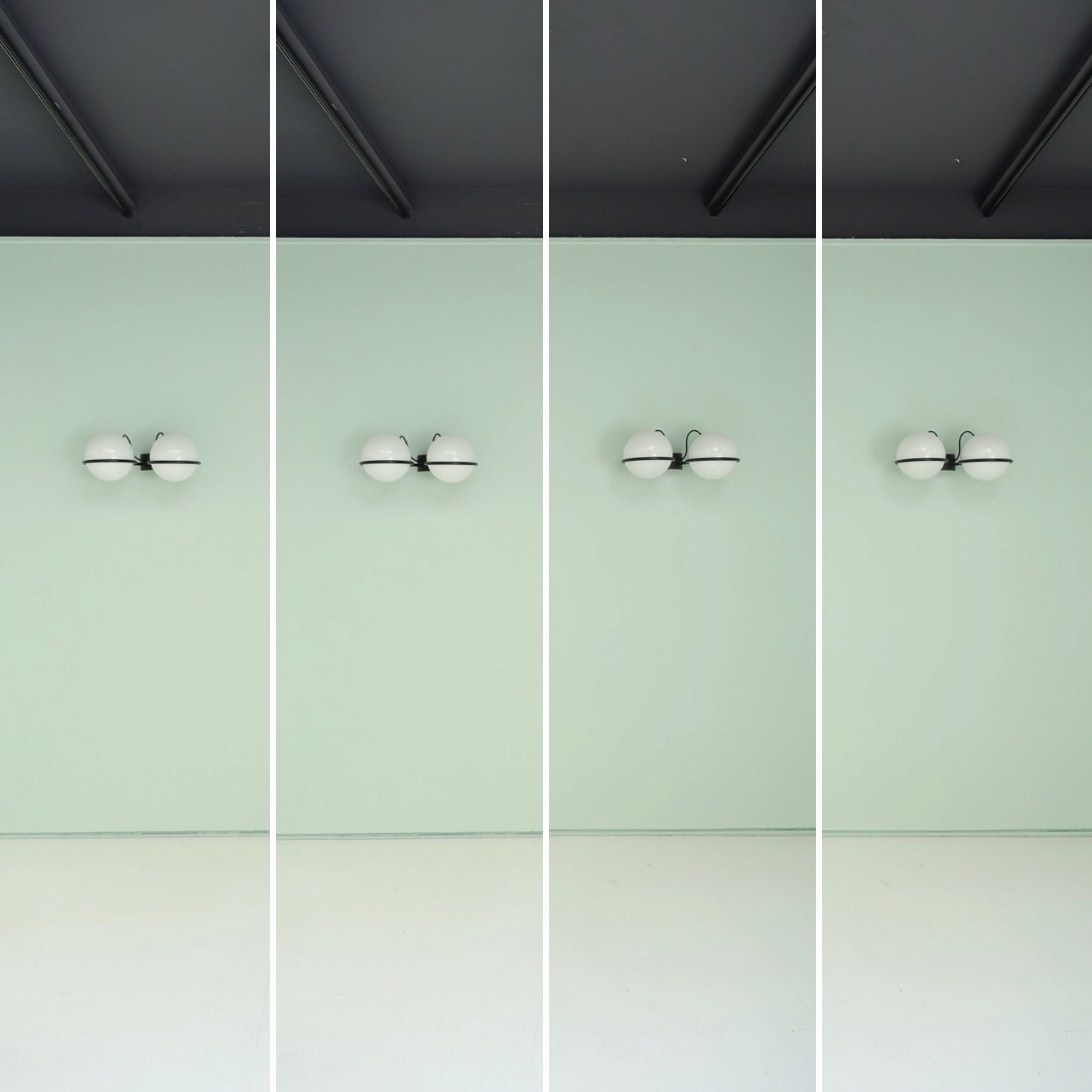 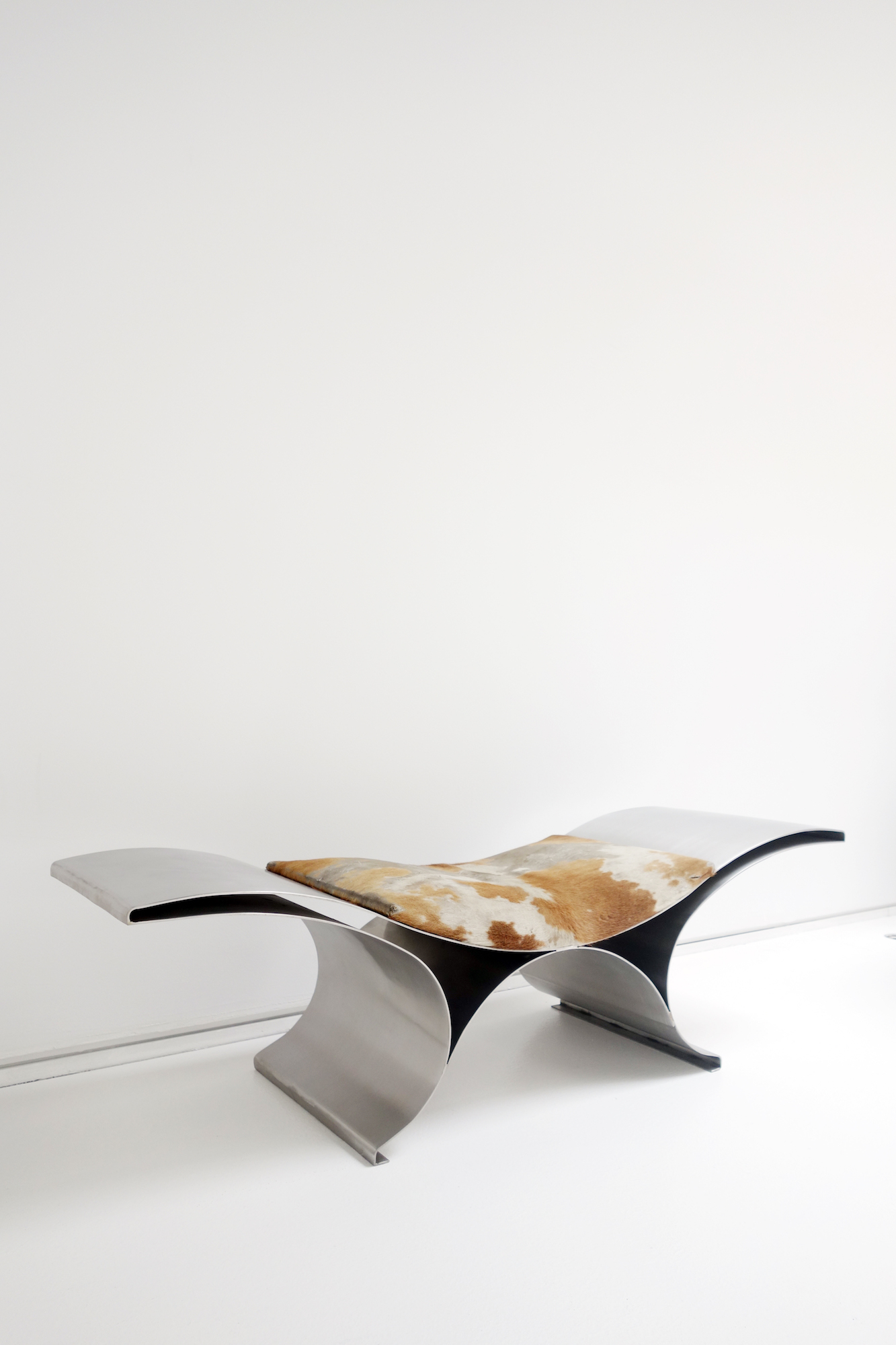 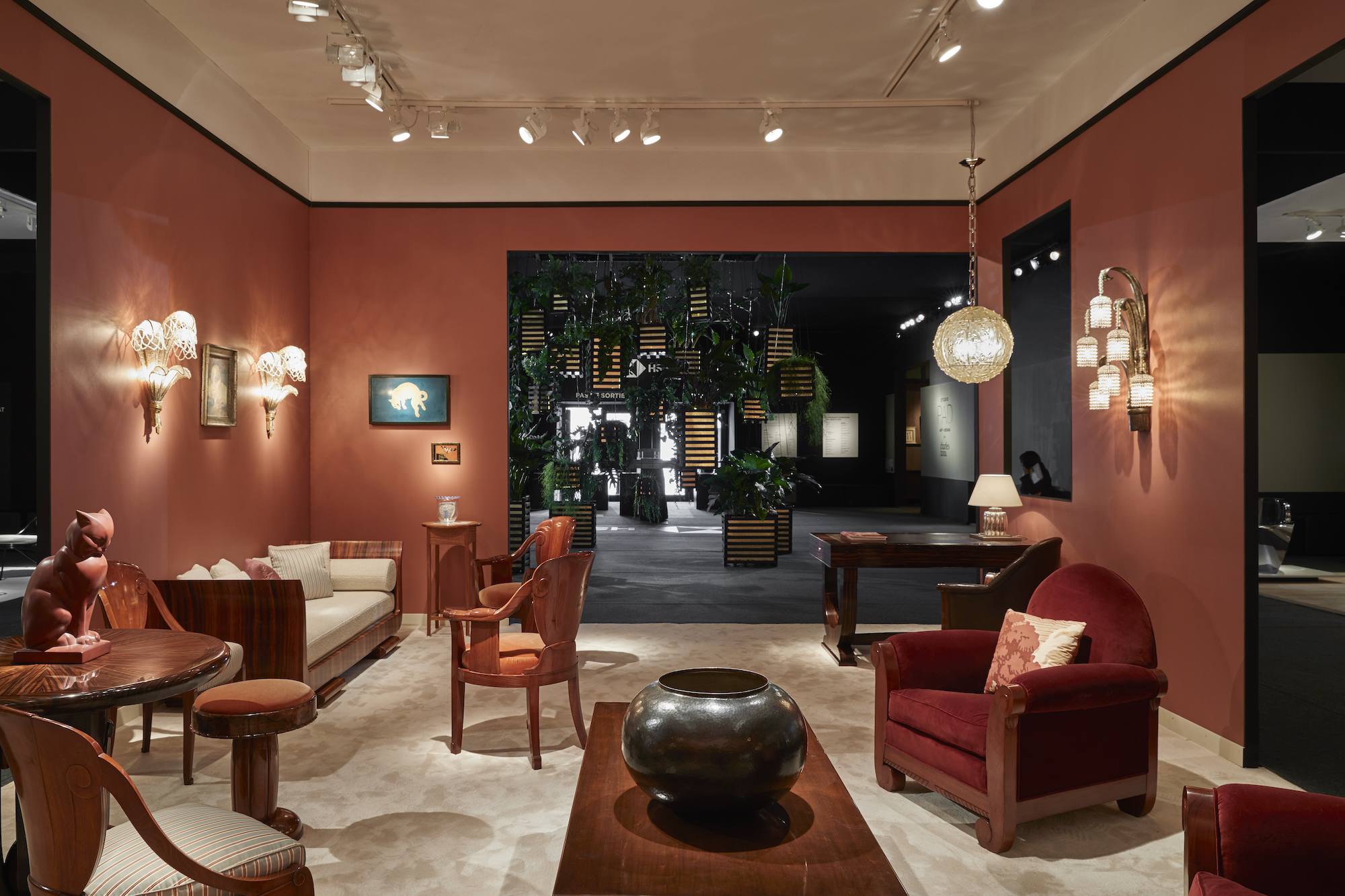 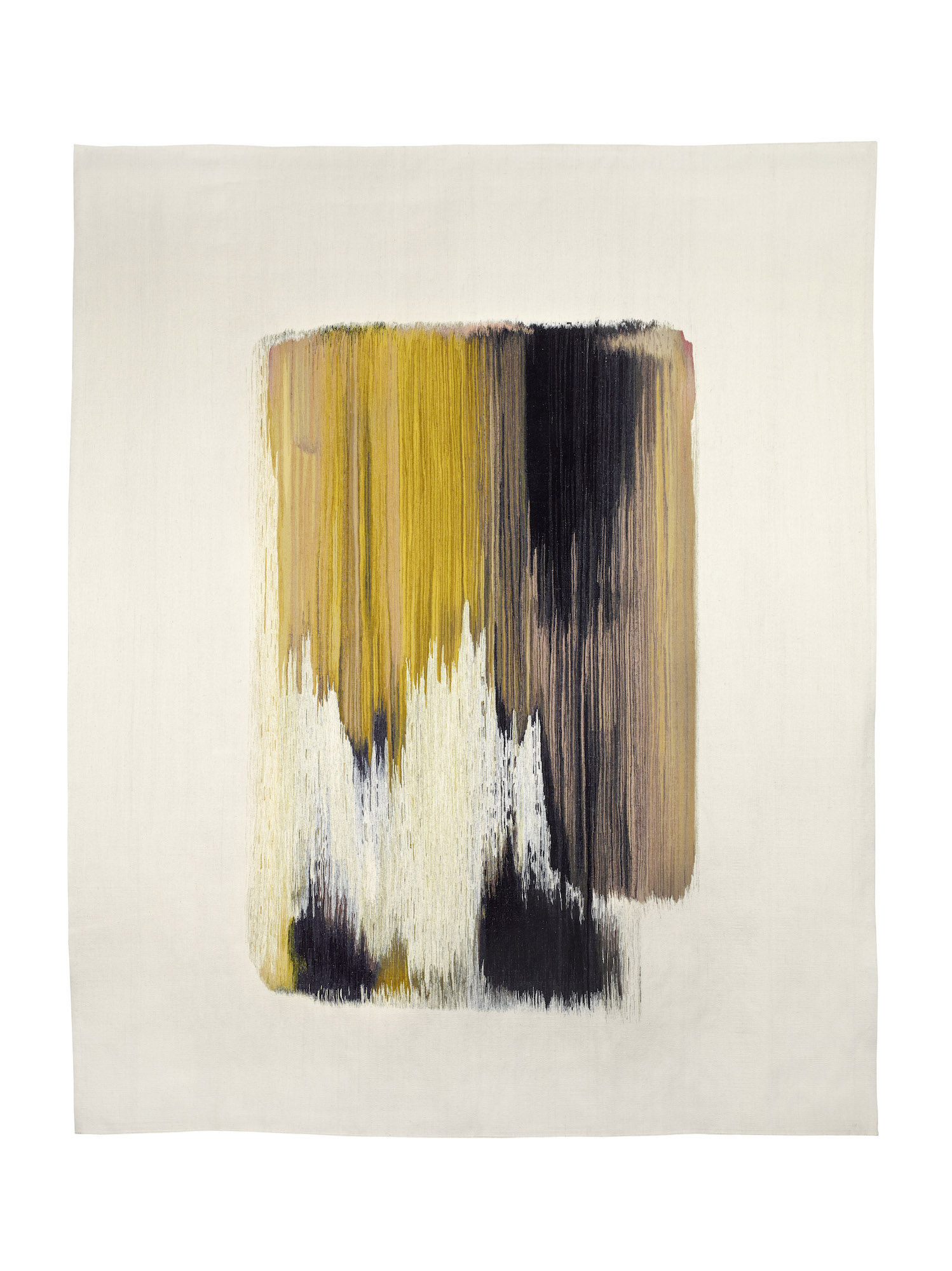 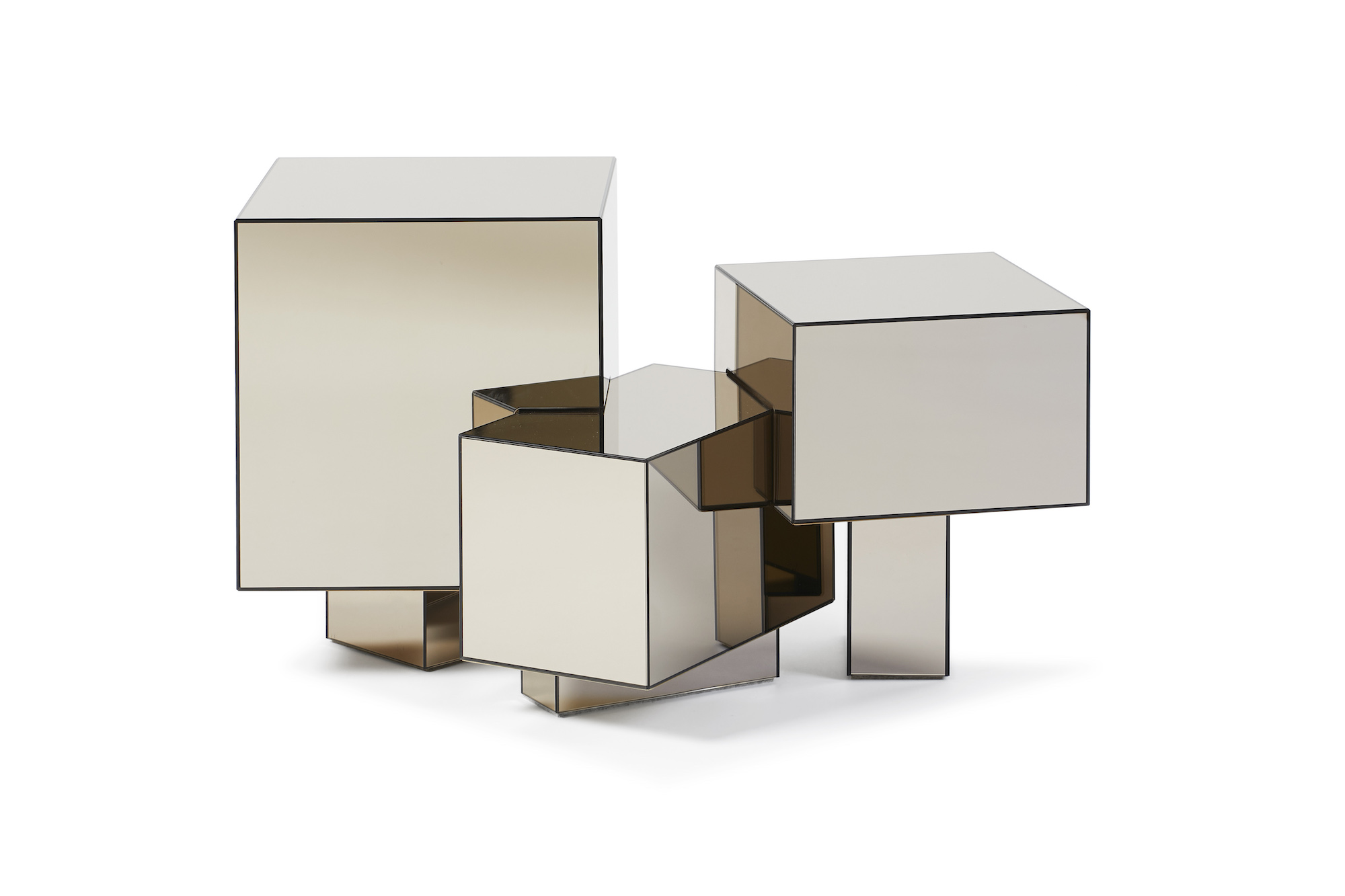 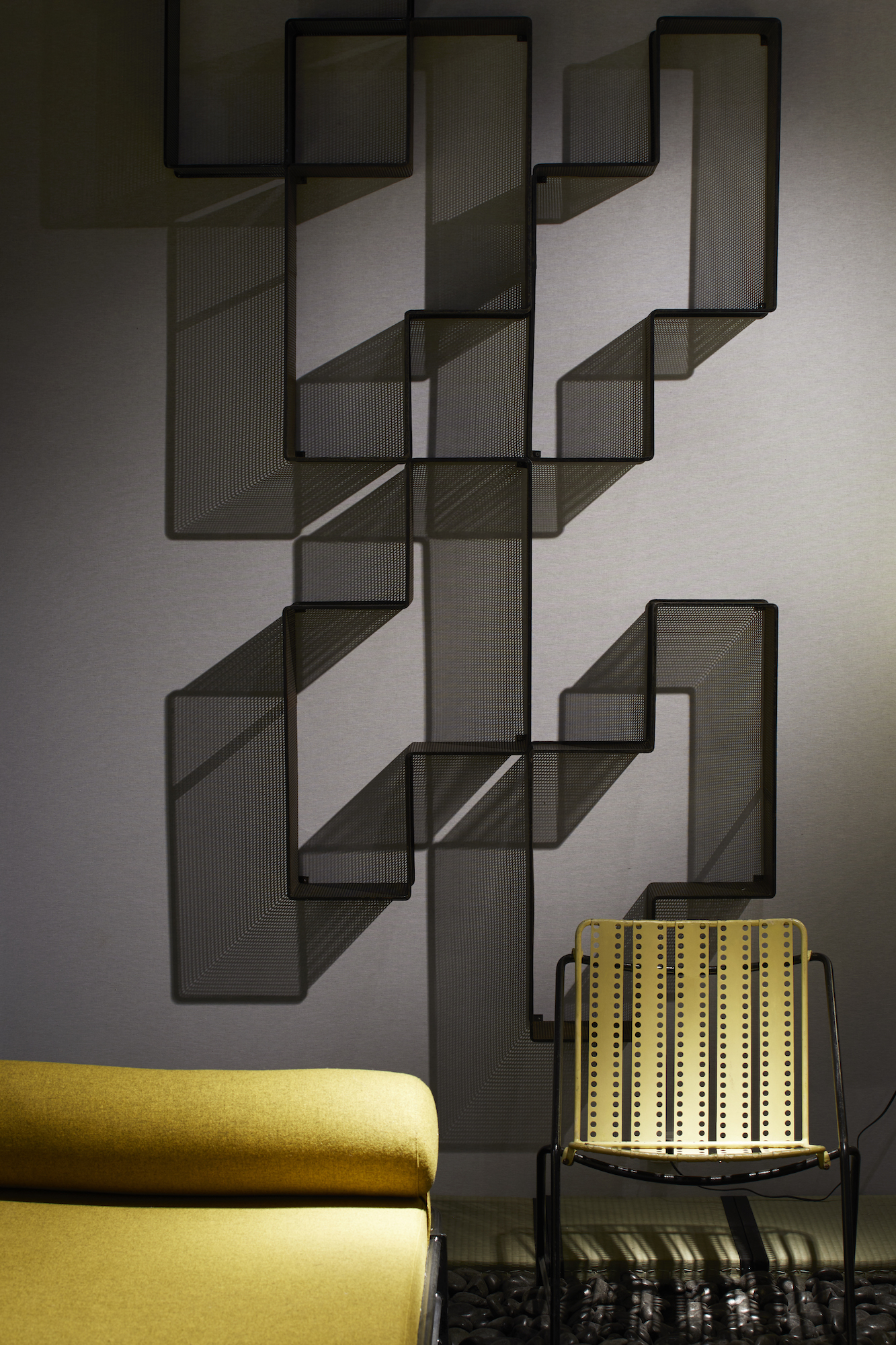 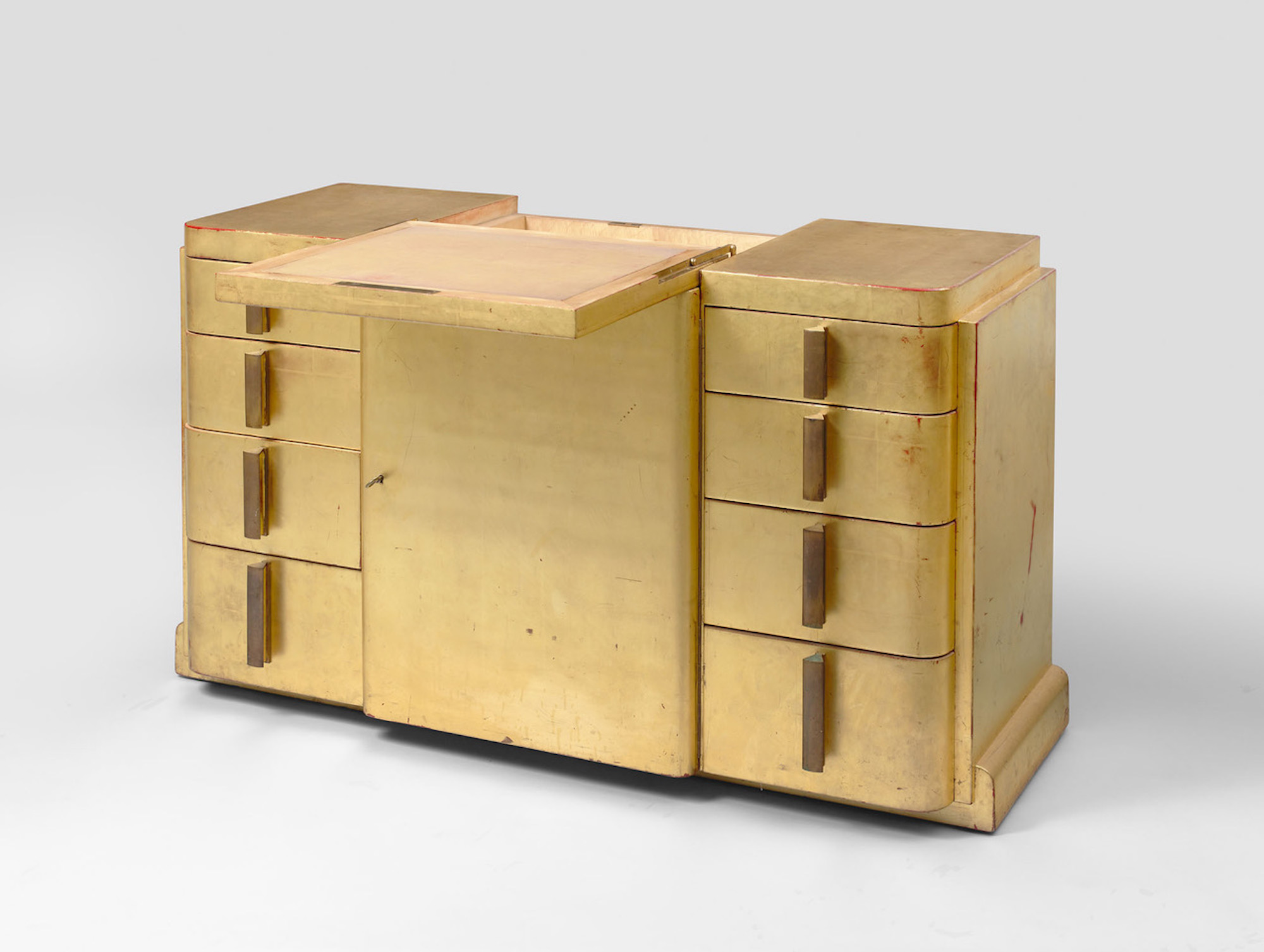 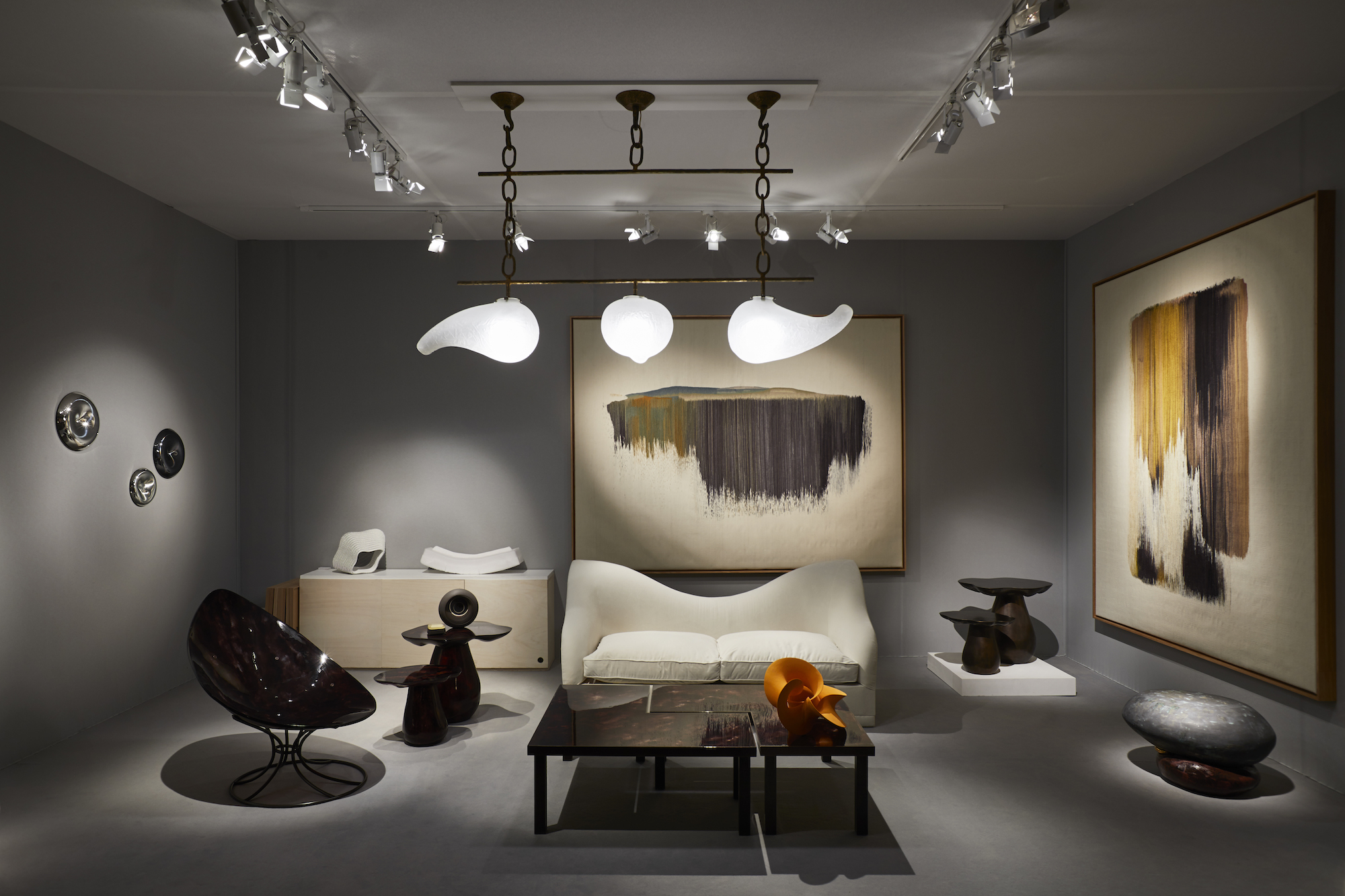