ACT III by APPARATUS at Salone del Mobile in Milan

New York based design studio APPARATUS shows at the annual Salone del Mobile in Milan a collection with the title ACT III, in which co-founder and creative director Gabriel Hendifar mines personal and Iranian family history. In line with the brand’s aesthetics, the show explores the relationship of lighting, furniture and objects in an immersive environment, juxtaposing the historical and the cultural through a modern lens. The exhibition unfolds as a visual narrative, with emphasis on the intersection of desire and emotional response. The style of the pieces is reminiscent of Bugatti, with elements made in Tehran, Italy and the United States. The show features a dining table inspired by the Tombak, a drum that is foundational in Persian music and played by Gabriel’s father; a group of marble and leather tables that reference nomadic tray tables used across the Middle East to serve tea; a range of alabaster and fluted brass lighting that references Berber jewelry while pushing it through a futurist lens; a semi-precious stone sconce inspired by the details of statues at Persepolis.

Hendifar started to put together ACT III with a box, inlaid in the Persian Khatam style, that his grandmother brought with her from Iran to the US in 1979 as a political refugee. Gabriel moments of collision with Iran and its culture where experienced from a distance, as a first generation American born after the Islamic Revolution in Iran. All the materials used in the pieces are connected to traditional Middle Eastern arts and crafts, as well as objects that completely embody the Iranian heritage. The Shiraz Series imagines objects of pan-cultural influence, contrasting a modern interpretation of classical western methods with the intricate, geometric style of Persian marquetry called Khatam that originates from the city with the same name.

Drawing inspiration from the modernist principle of a total work of art, the studio is an evolving expression of considered spaces and the things that live within them. ACT III expresses Apparatus‘s attempt to create a tangible connection to a space suspended in time, as well as a sustaining an emotional bond through a futuristic fantasy. 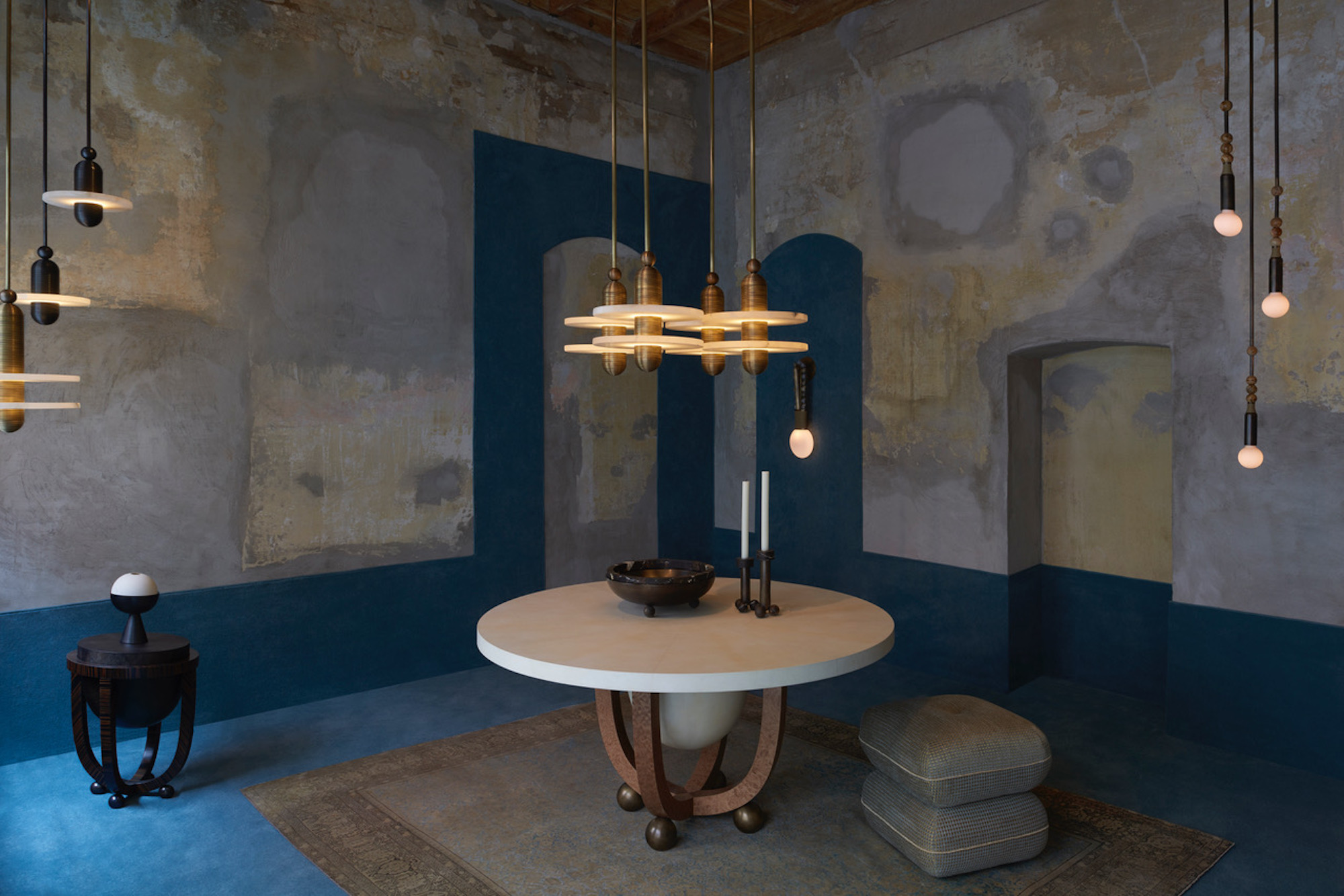 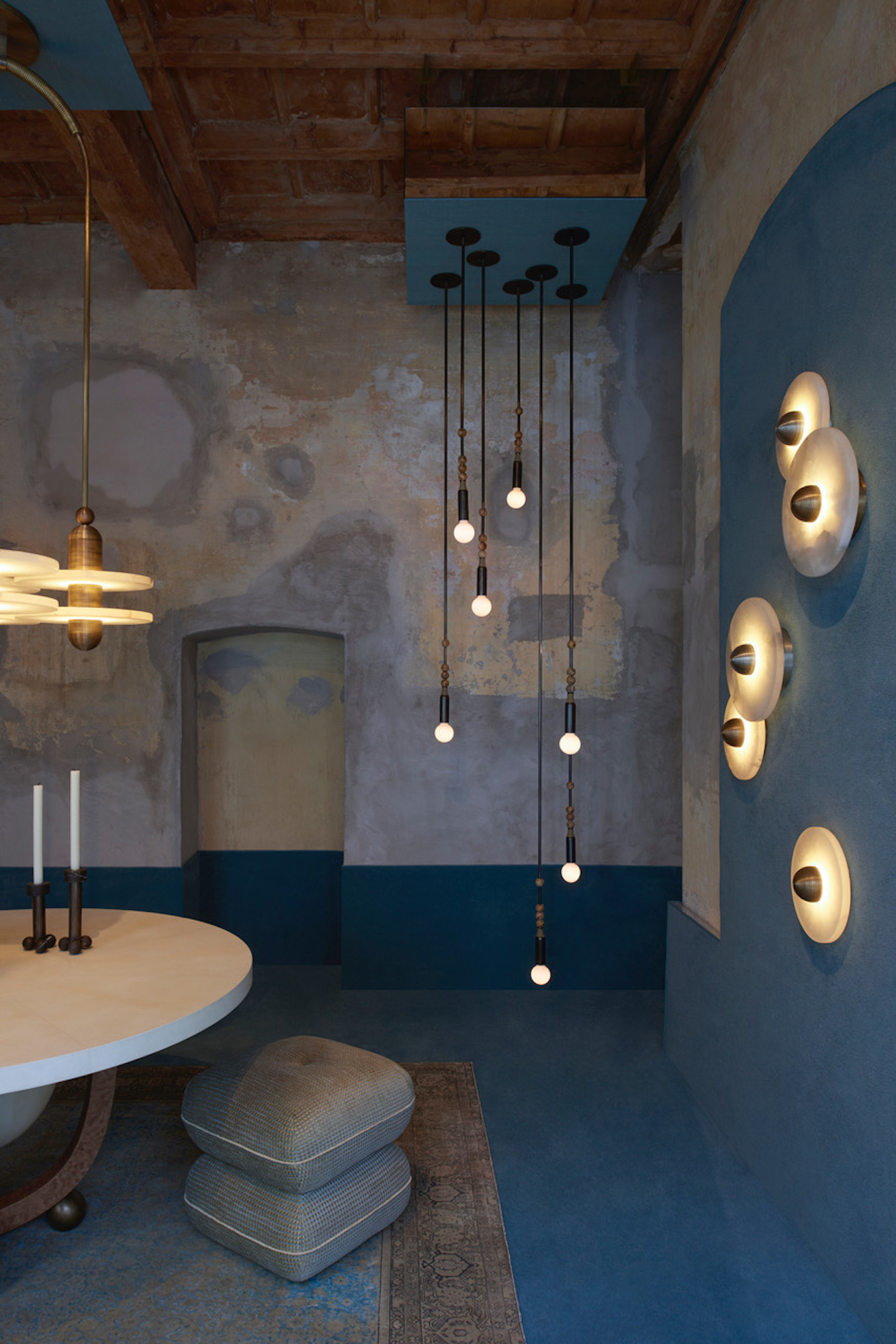 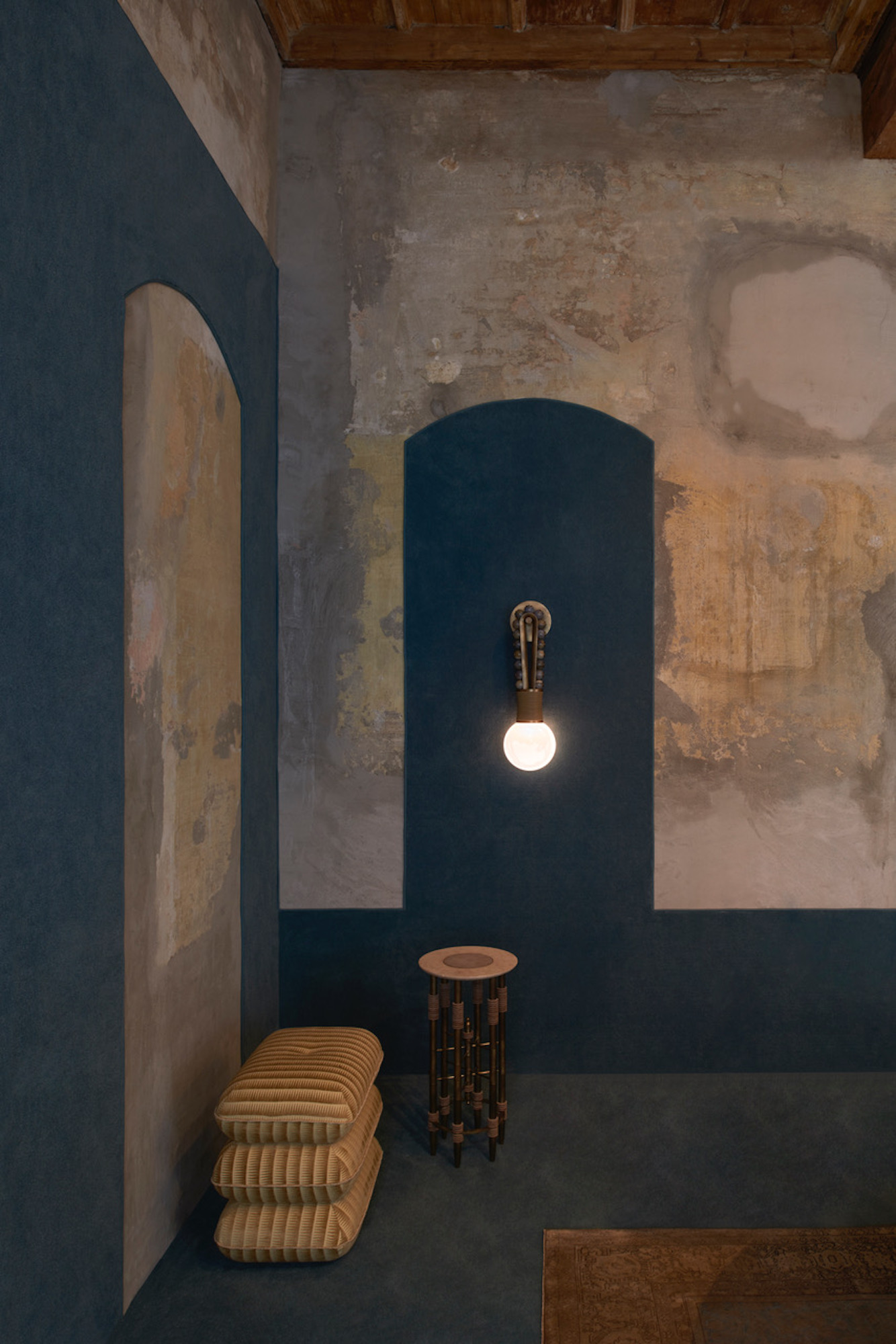 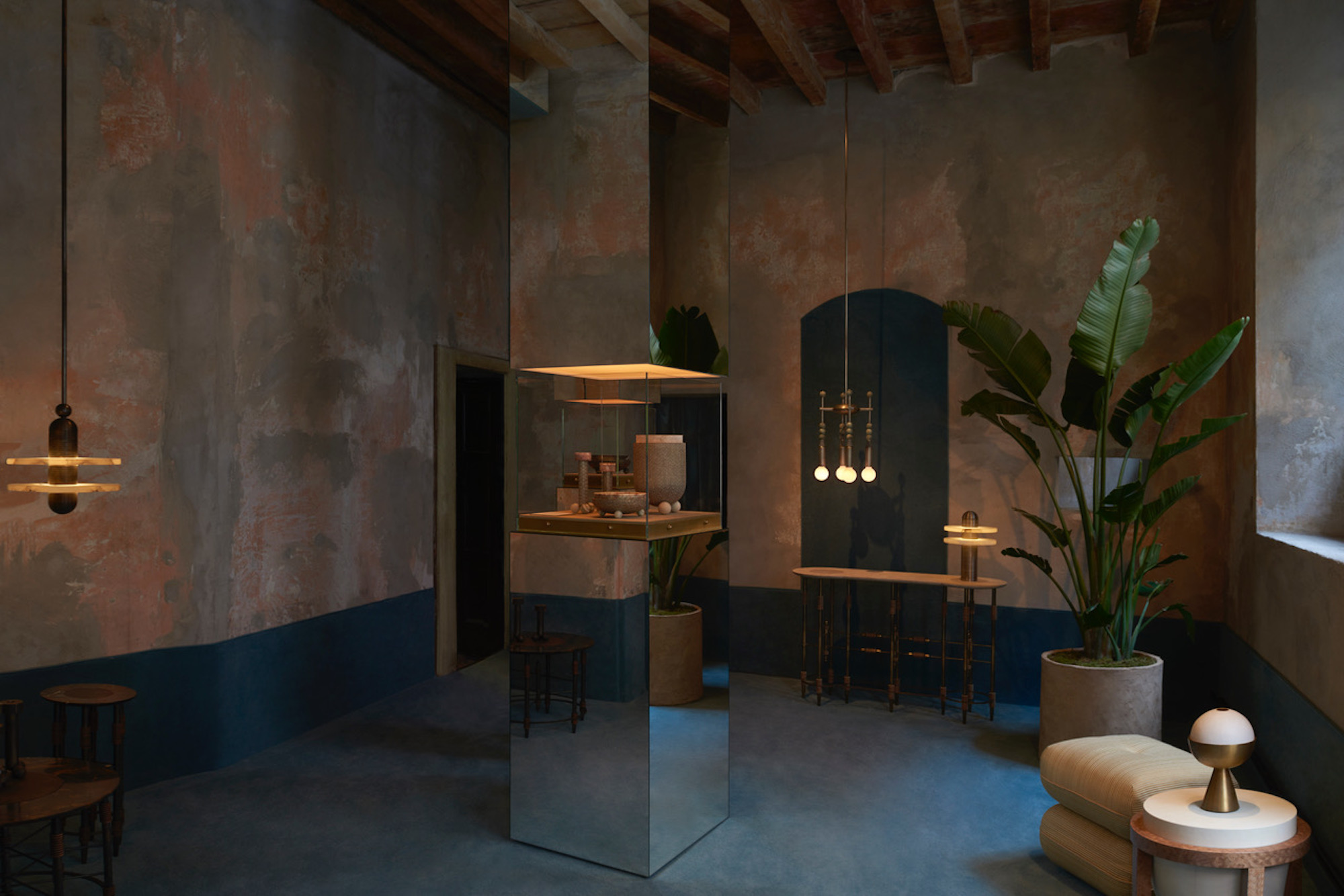 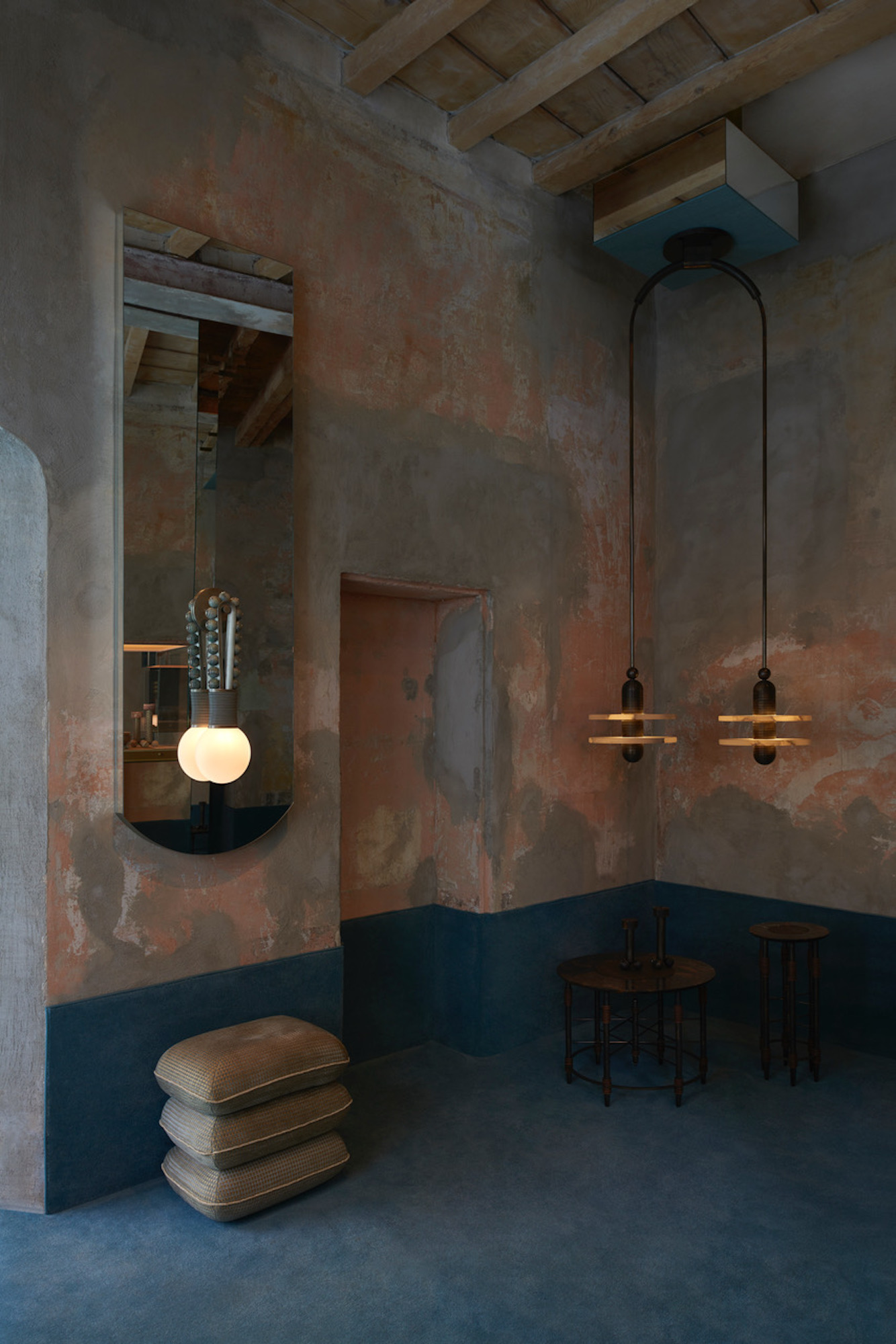 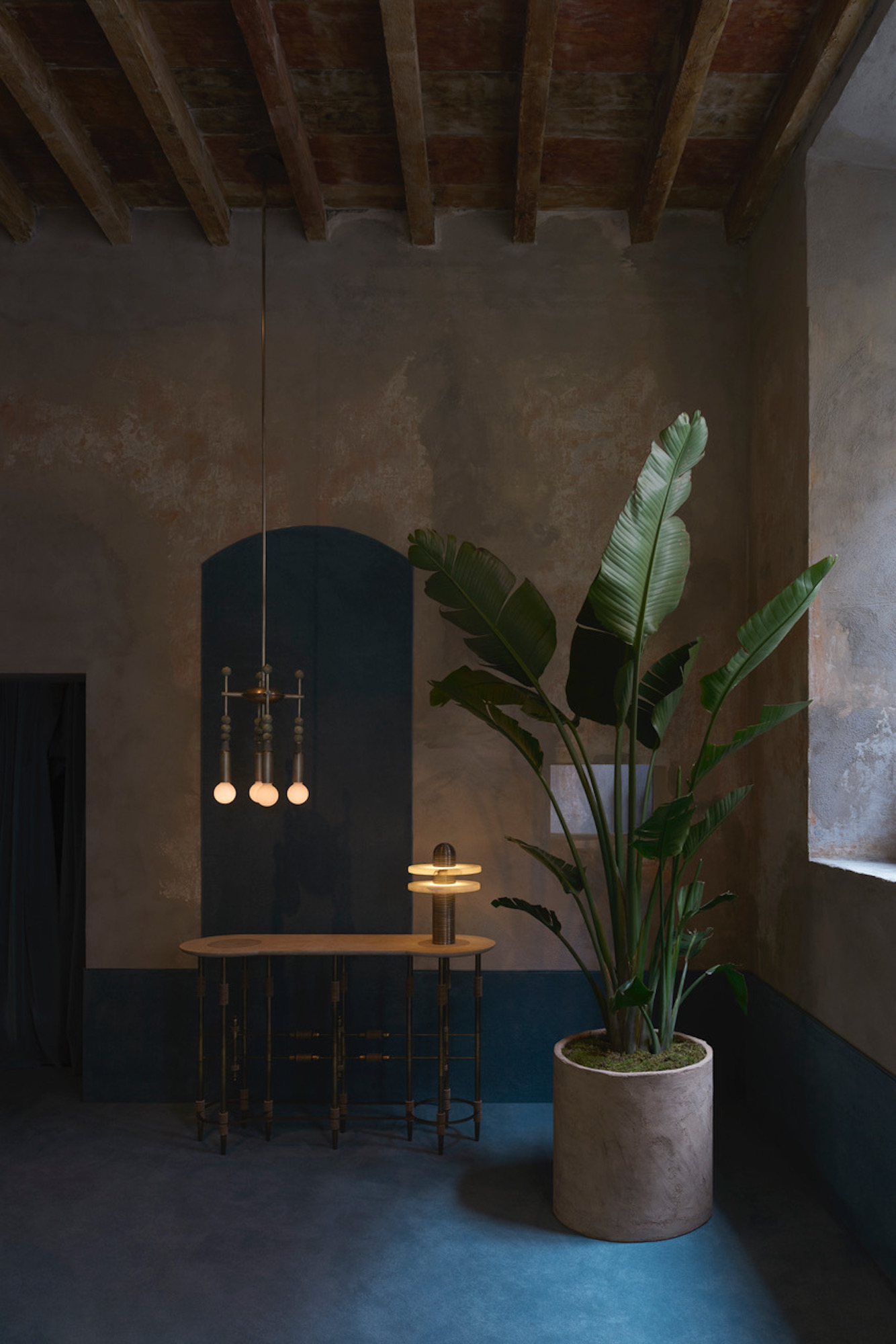