Imagine turning the boredom of daily life into a playground.

Design and furniture are often interpreted as synonyms of growing up, settling down, becoming adults. And yet there a certain lack of amusement generally associated with adulthood that is rather defying / disappointing. In occasion of Milan 2017 Salone del Mobile, Marni rejects this belief dictated by common sense and unveils the playful side of growing up, and furnishing a space of course. The Italian brand, renowned for its extravagant taste and artistic attitude, transformed its space at Viale Umbria 42 into a big playground titled Marni Playland. Meditating on the concept of play and the lightness that it implies, Marni invited the public to interact with intriguing objects and sculptural furniture that combined practicality with entertainment. The playground featured toys to be showcased and toys to play with, such as storage containers modelled on basketball chests, swingings chairs with holder armrests and colourful cones to stack rings over. Evrey item has been hand crafted from metal, painted wool and woven colored PVC cord, artisnally produced in Colombia by local women artisans finding their independence and emancipation through their work. 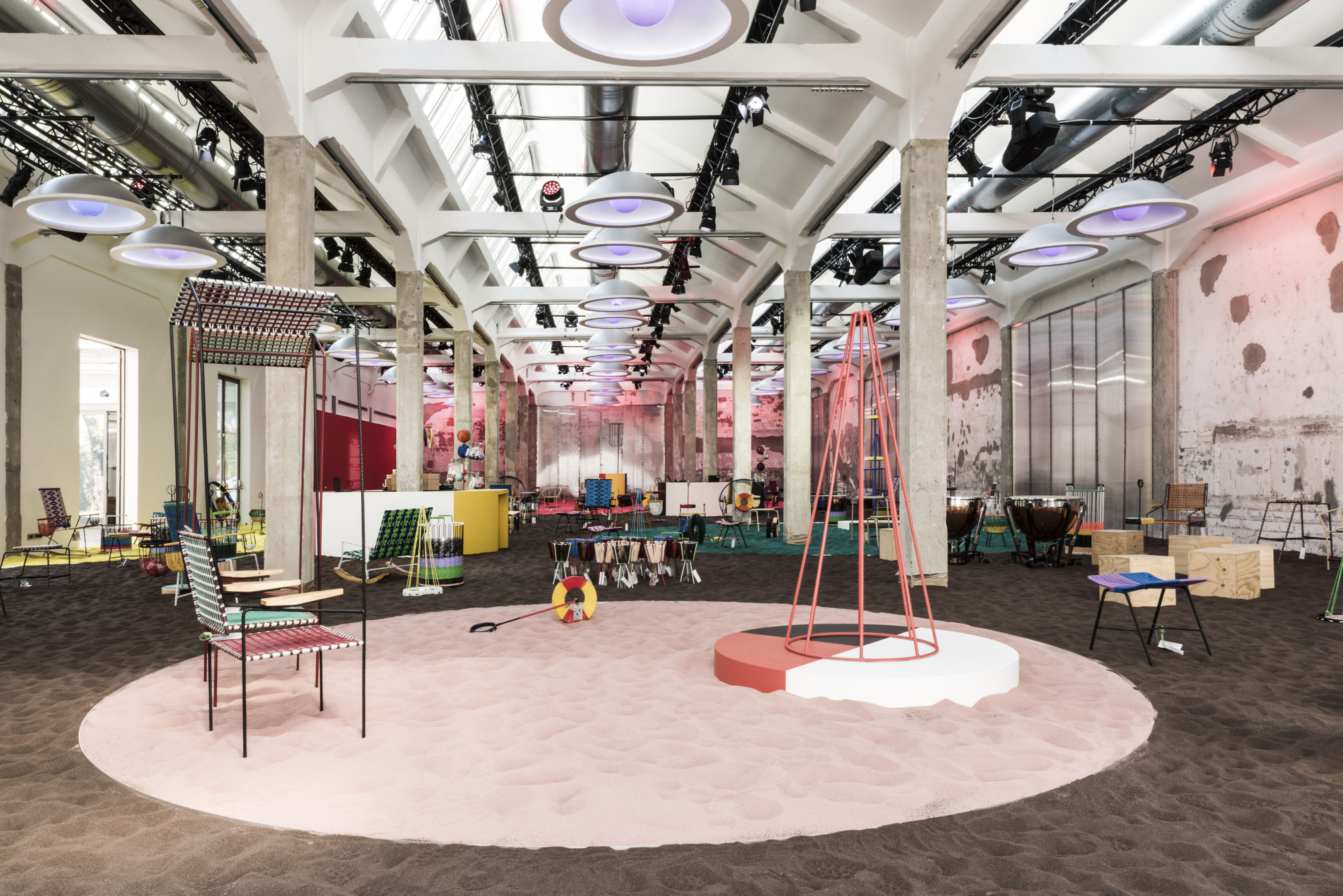 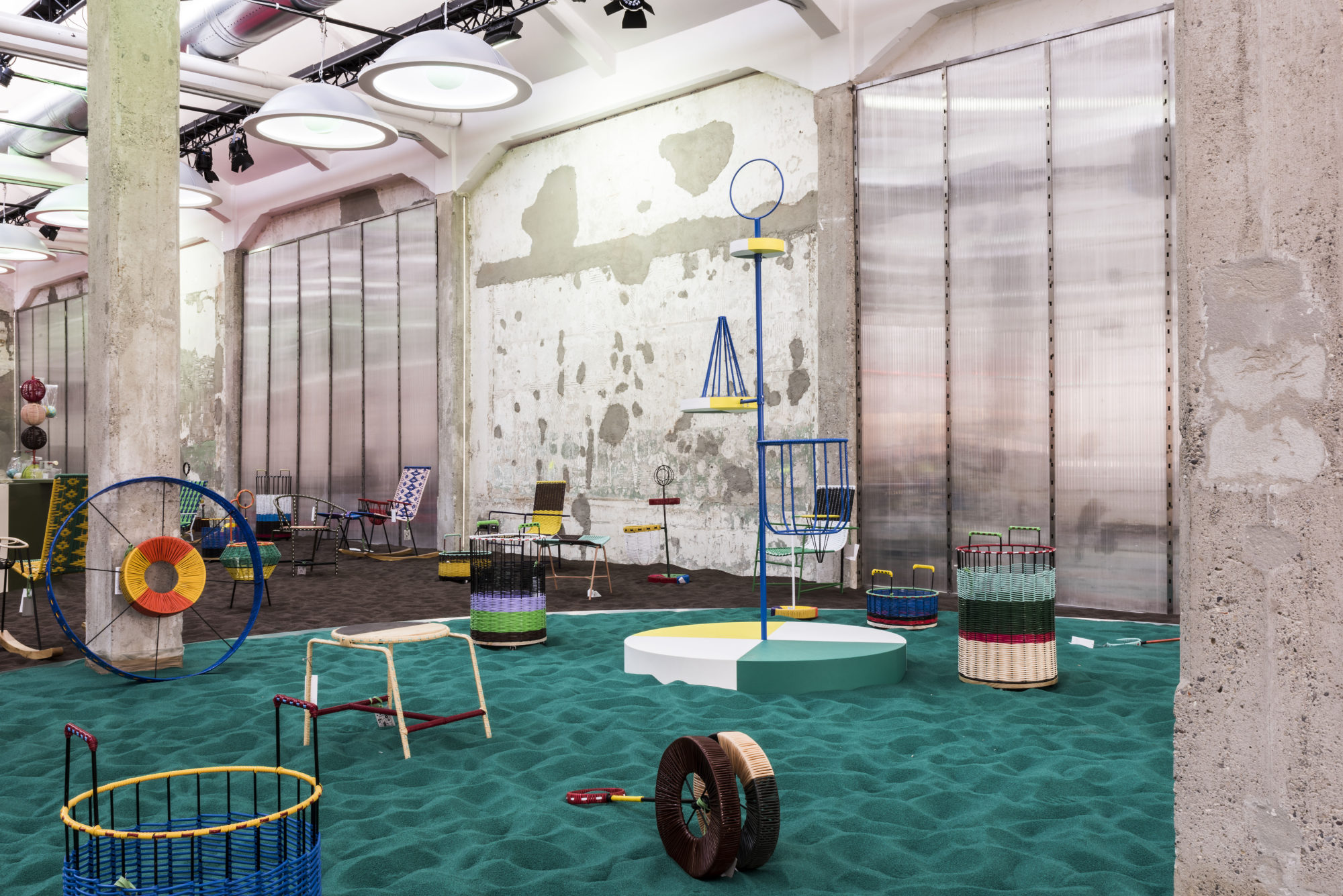 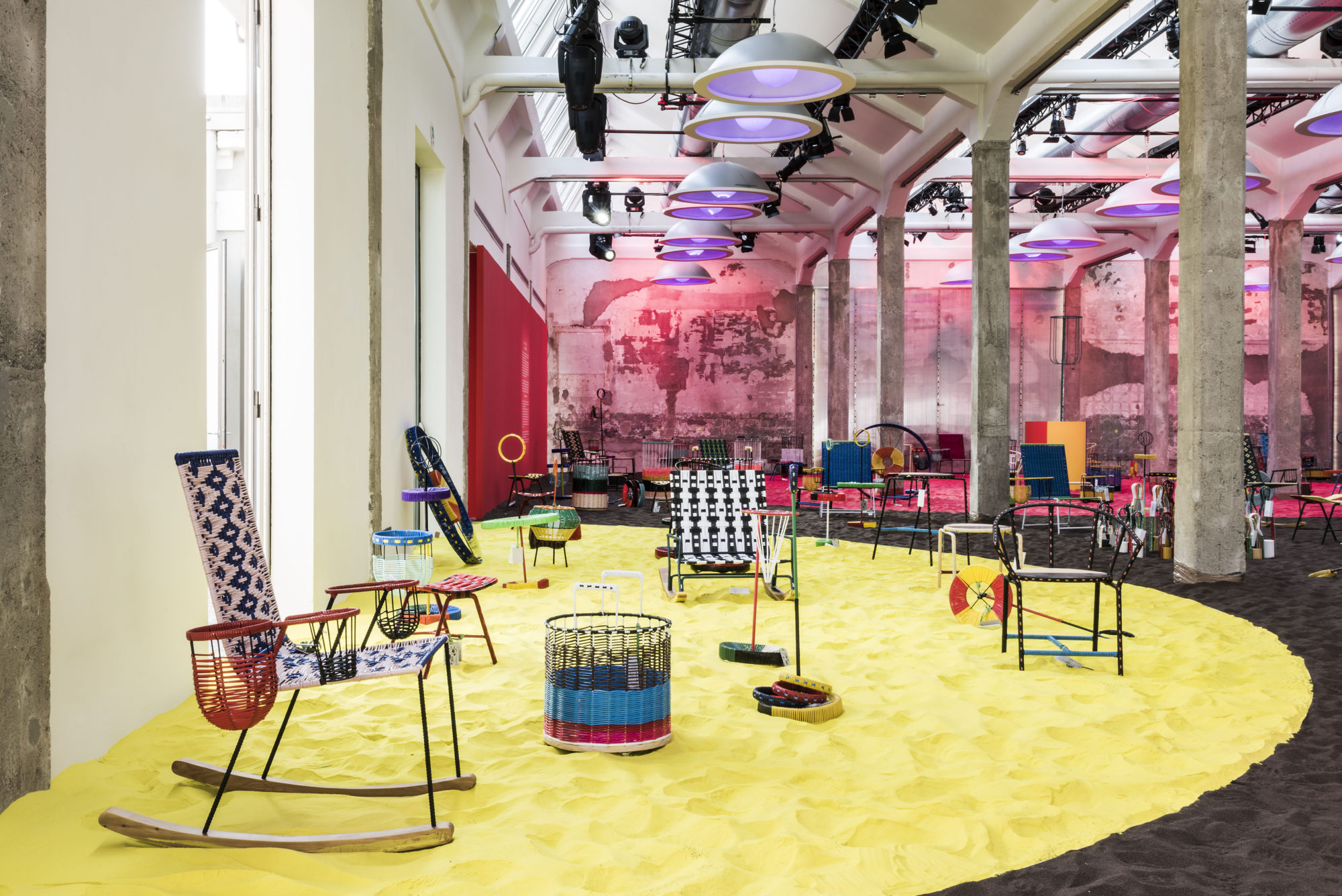 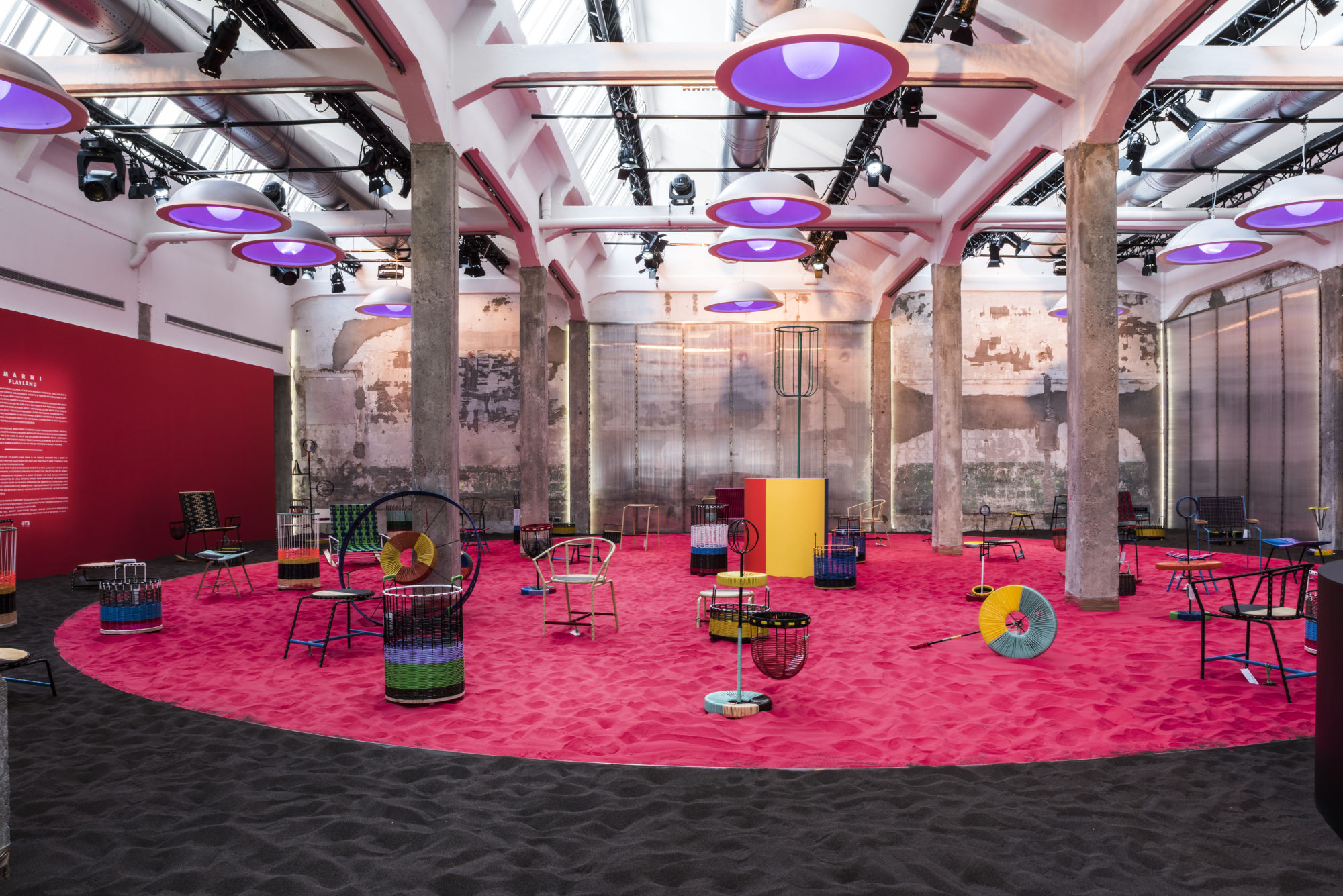 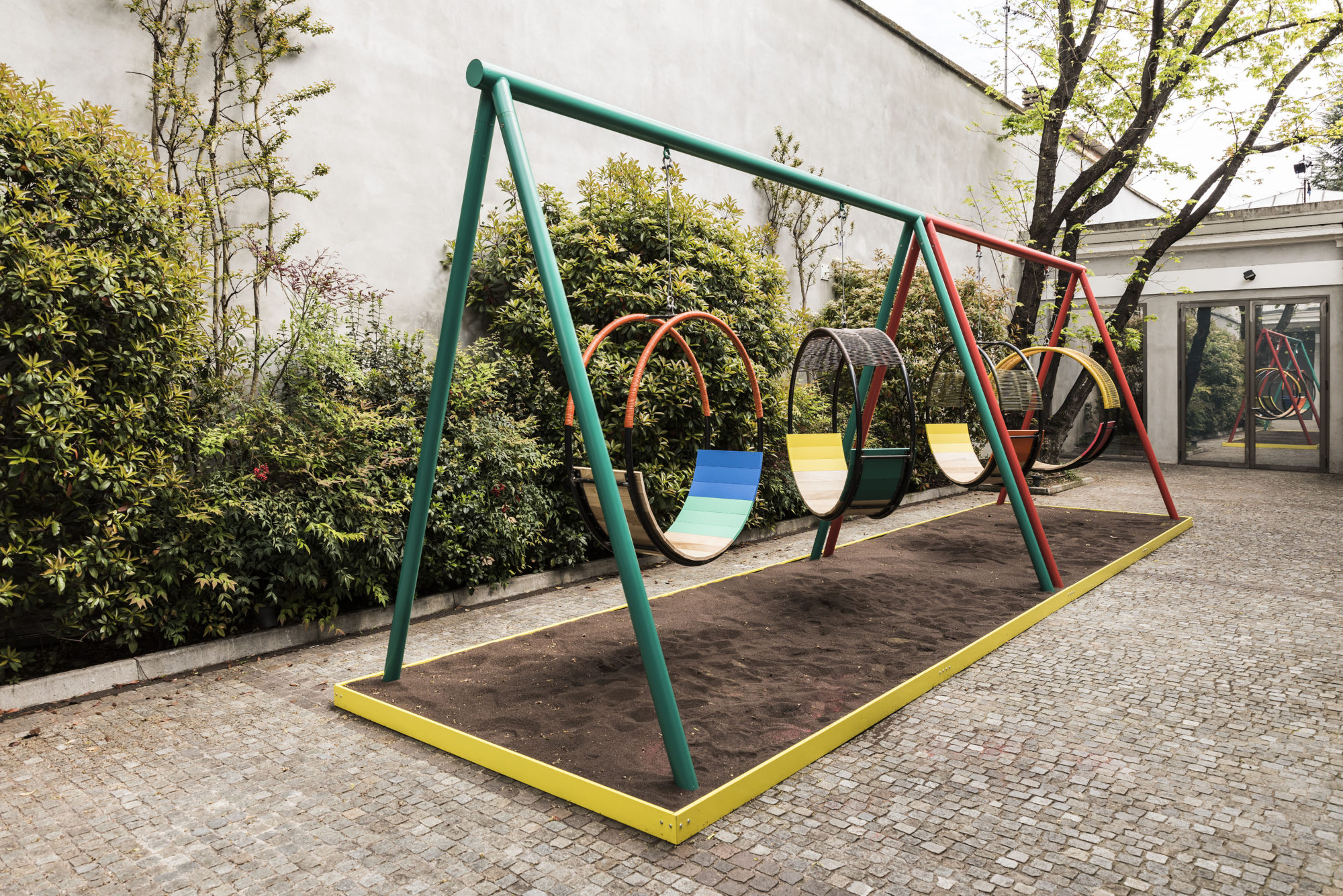