Long, veiled white drapes oscillating to the minimal change of air determined a flimsy separation between the monumental awe of la Salle Mélpomène, and the vibrancy of expectations of the world it enclosed. Bathed in the vigorous, sage feeling Ann Demeulemeester communicates in the mature stage of existence, is hard not to feel a vein of irregularity, broken and fixed altogether, the fragility in the hands of strength she evokes.

Lightweight as feathers, subtle and imbued in the sharp and constant drama of reality. Assisting to Ann Demeulemeester involves the viewer on various levels, a wagnerian work of art in its own right with an unexplainably deep coherence running underneath the surface of things, living its birth and evolution on your skin.

Holy, elongated lines disclosed significance in every piece on runway, the disturbing elegance representing a deeper conception of perfection as interaction, deliberately tainted with the poeticity of reality, shaped in a moving and integral way a naked fragility leaving full scope to the power of personality.

À les Beaux-Arts, a burnt haze of wan charcoal shades of black bathed in candid chalk whites mainly composed the palette of tactile wools and cotton, blending into long coats and body pieces matched by a rounded bowler, immersed in an atmosphere in between the sacred and the profane.

On the stern lightness of the veiled limbs, the constant sharp pain fled the light artistry realm of something wild at heart, and the rigour the monocromatism suggests now corrupted in life and interaction triumphed like a goddess over our hopelessly agnostic eyes for a fifteen-minutes lapse, in loop forever. 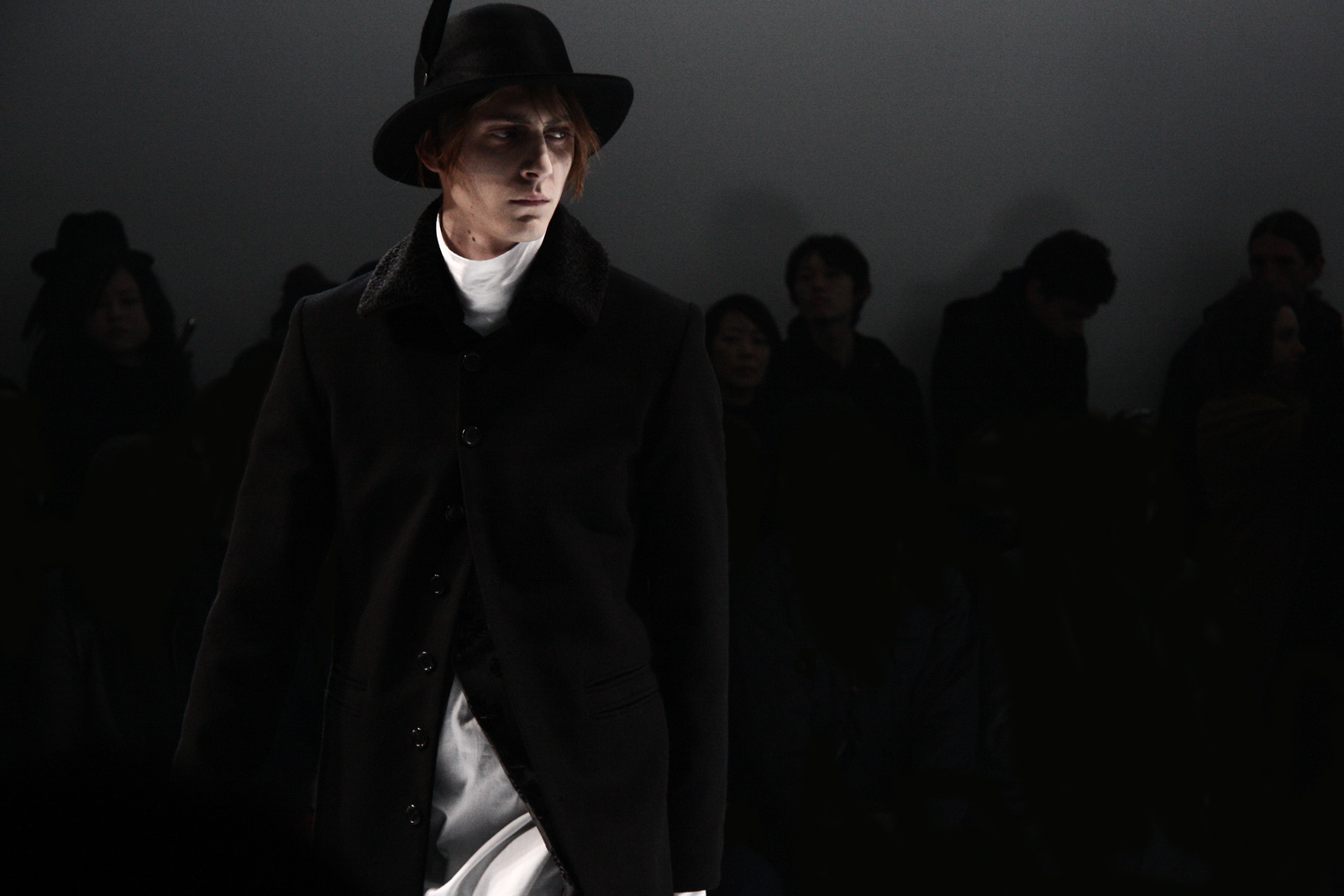 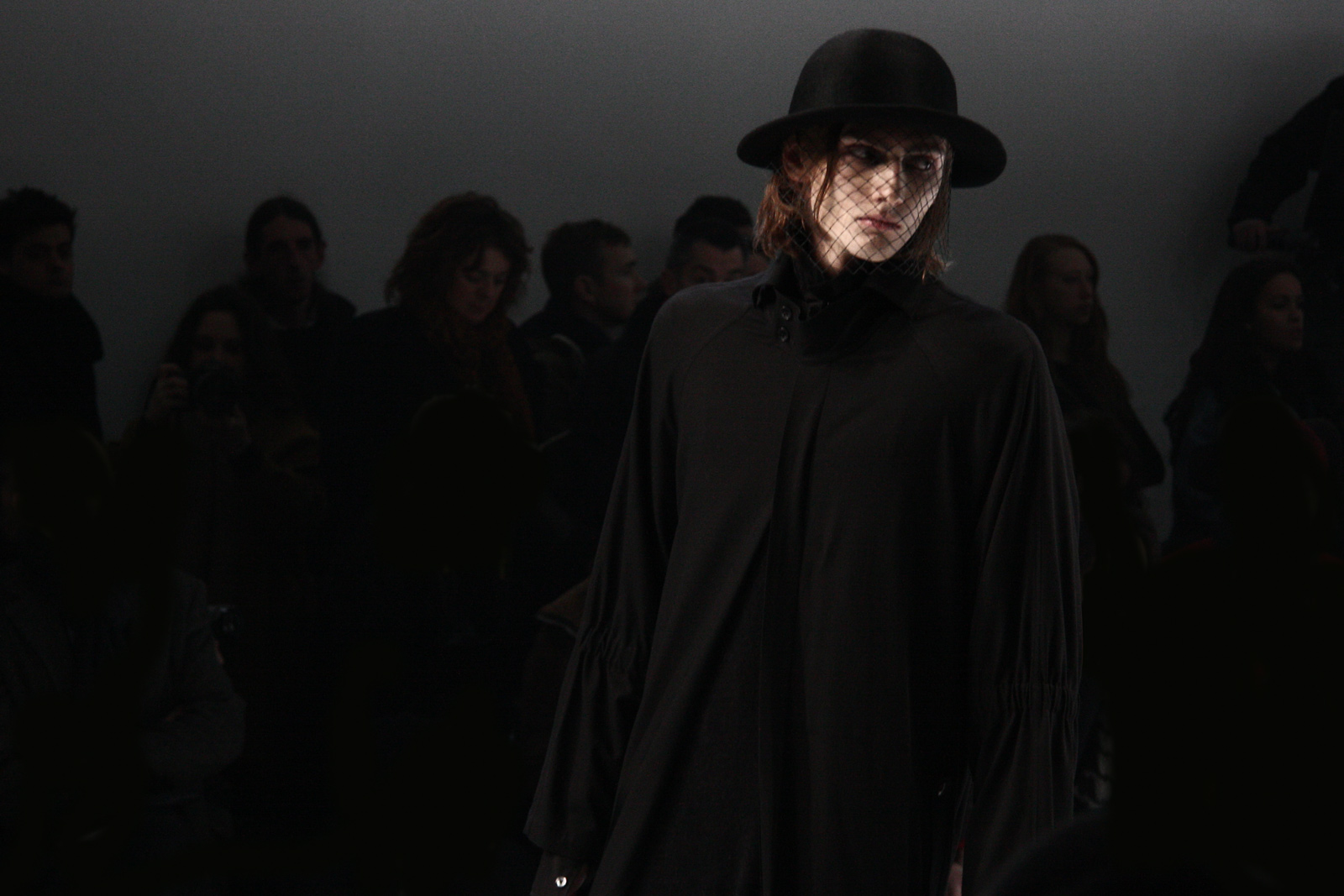 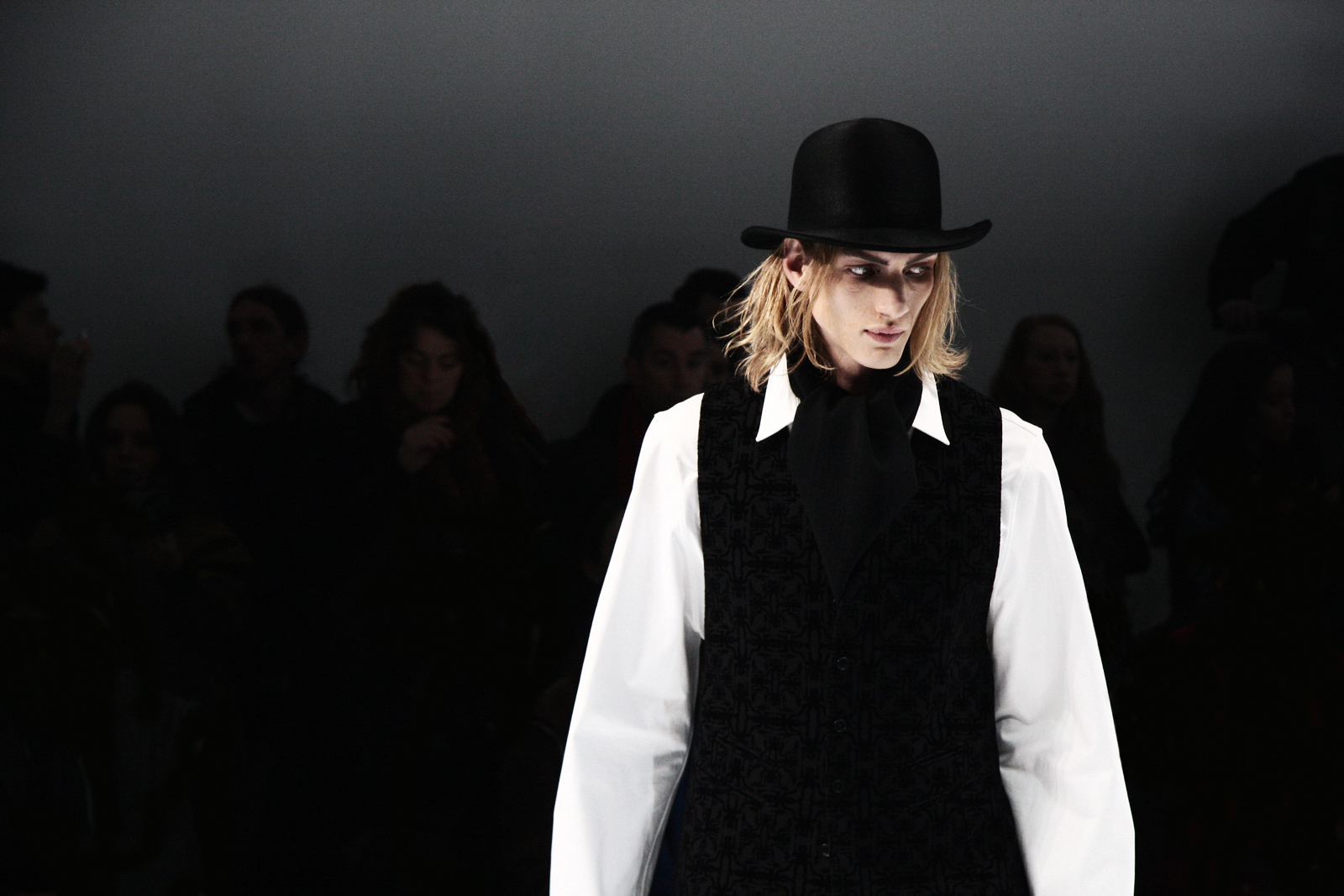 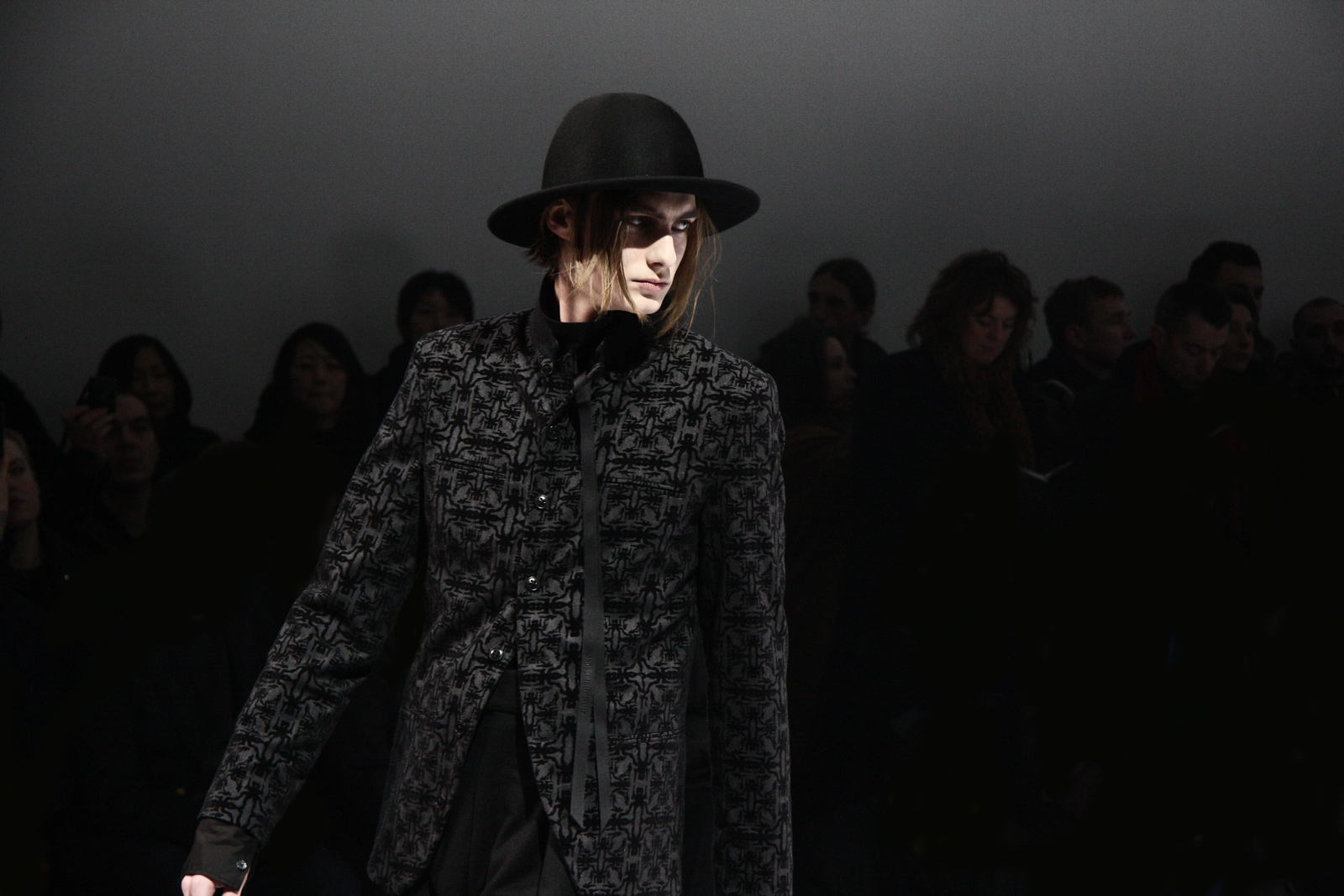 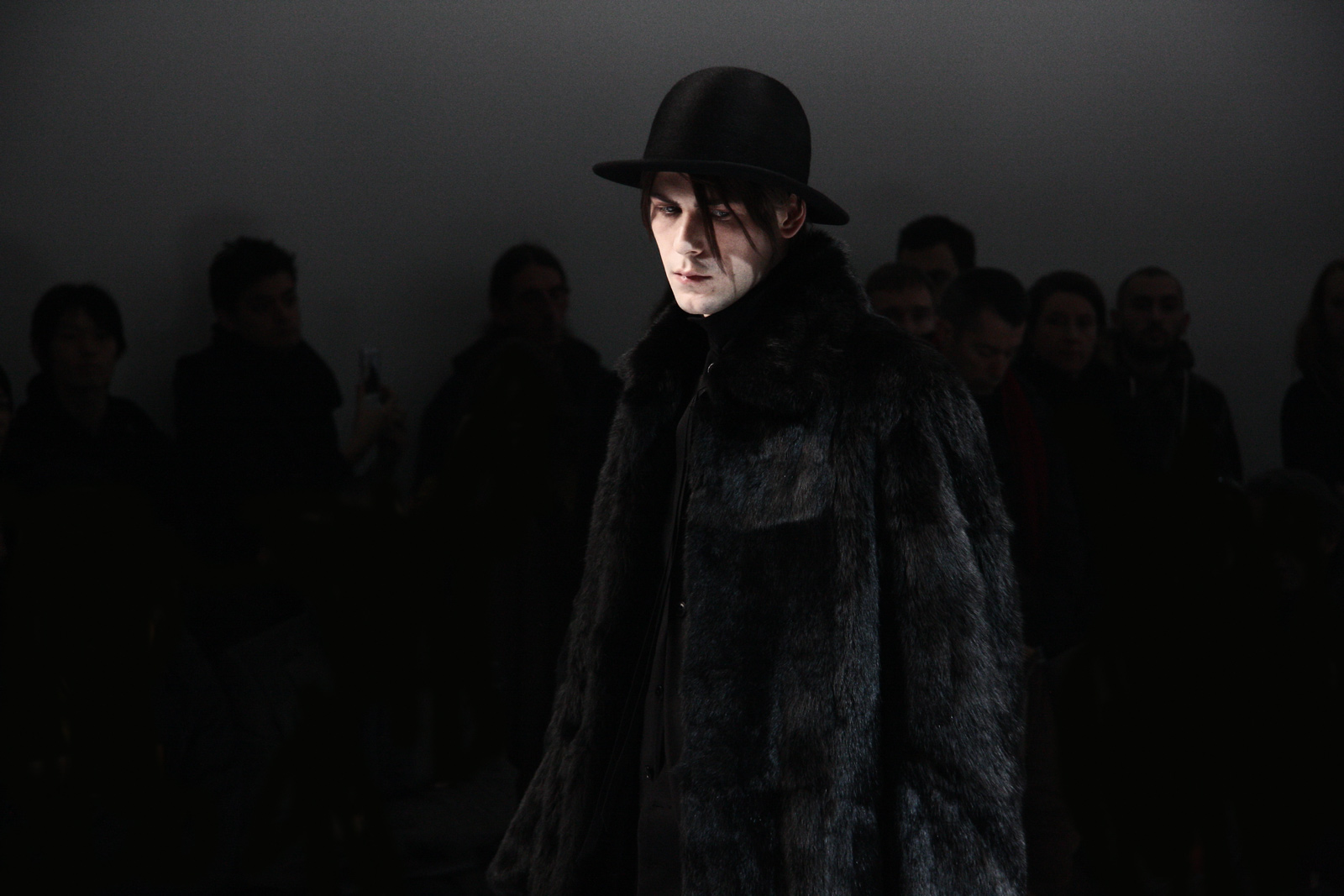