Enduring season after season, The Menswear of Ann Demeulemeester is the evolution of an initial ideal that in 1996 evolved from women, as a sweet reversion of gender, preserving the same anger. The men comes from the rib of the woman as in a reverted biblical vision, and keeps a disturbing femininity that translates in elegance.

During current Spring season Demeulemeester’s “poets” release their damned, obscure aura giving themselves up to the basic dreaming, romantic side. They rest in the shadow of a flowery garden, glowing in yellow Sunday afternoons, with black panama hats or brocade beanies on their heads.Their mysterious appearance fragile in its strength, borrowed from a Tim Burton’s character, preserve beyond the delicate tones a veil of melancholy, joined to the flamboyant ego of past époques. Silk suits, decorated in wisteria branches, made us think of an aristocratic grace, a chinoiserie instilled with light and amused irony. The opulence of fabrics and flocked velvet floral motifs gave to the designer freedom to create unexpected effects, voluntarily extreme, to break the harmony of tailored silhouettes and their clean cuts. The layering obtained through the several fastenings expresses an elegance of proportions and the morbid but rigorous fit of each outfit.

Walking softly in the mat light inside the palace of Bercy, Ann’s boys reworked the myth of an echoing soft, rigorous decadence, that can sweeten its tones, but lacks the willingness to give up its true self to the continuous challenge of time. 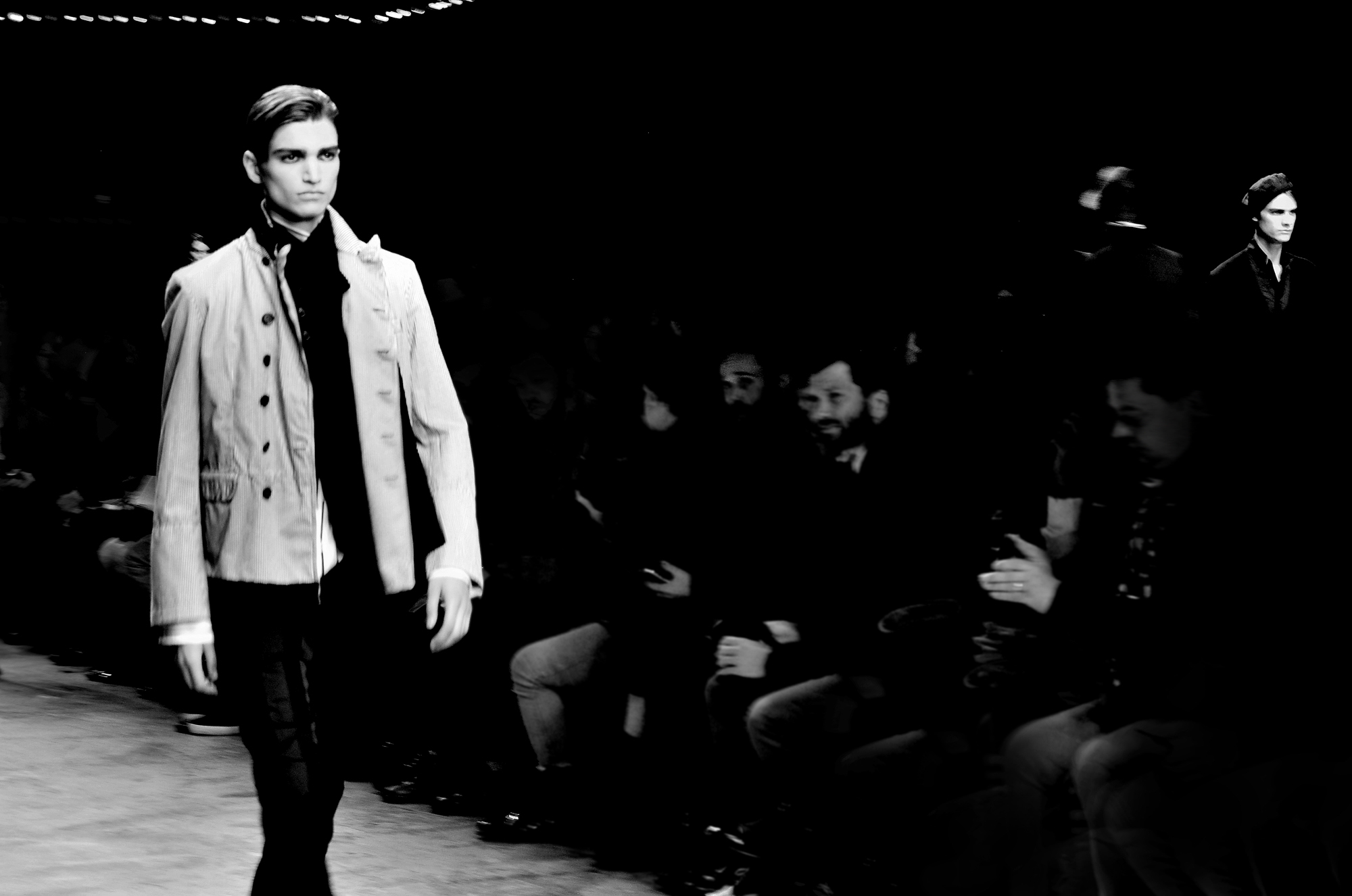 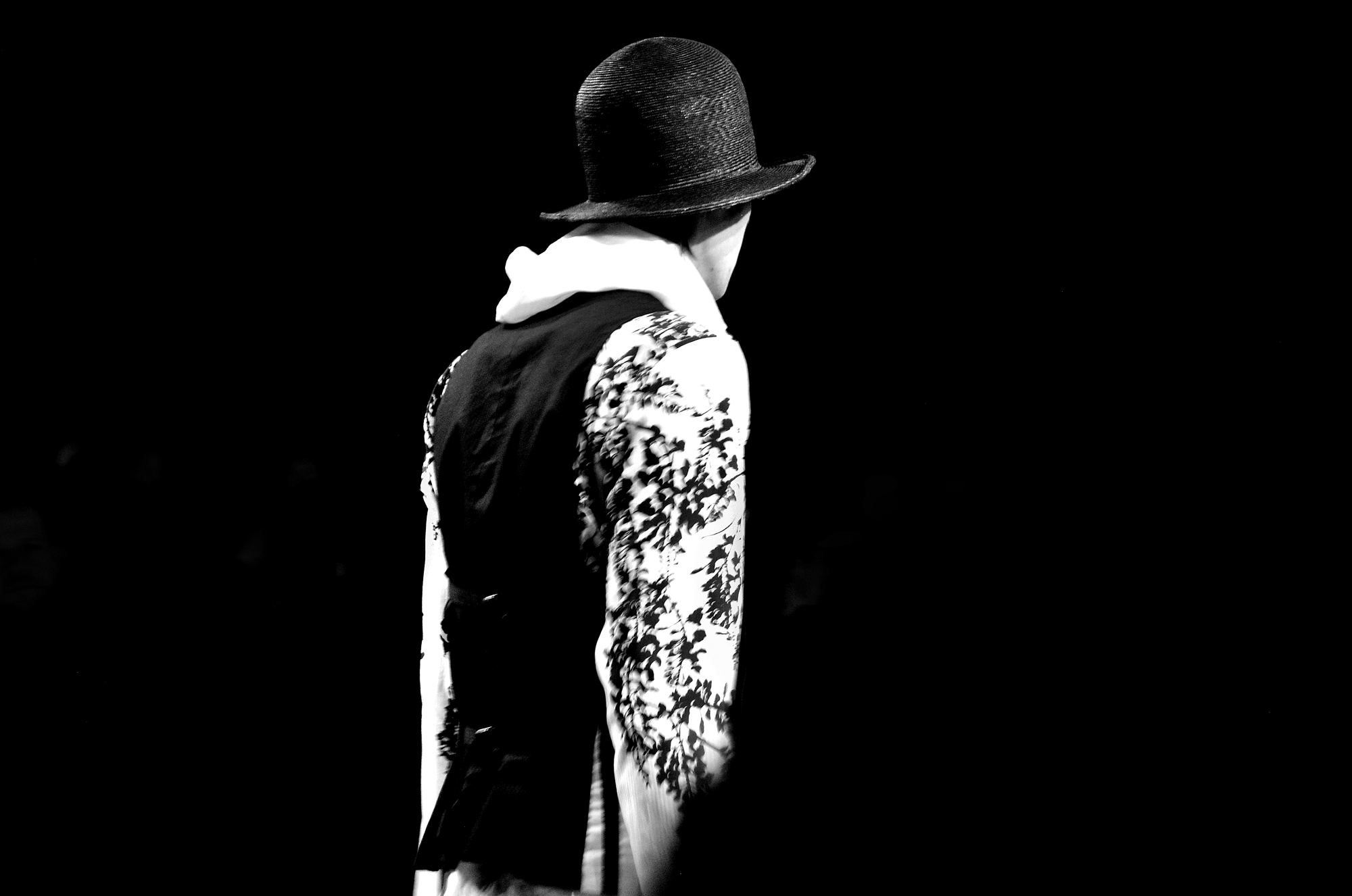 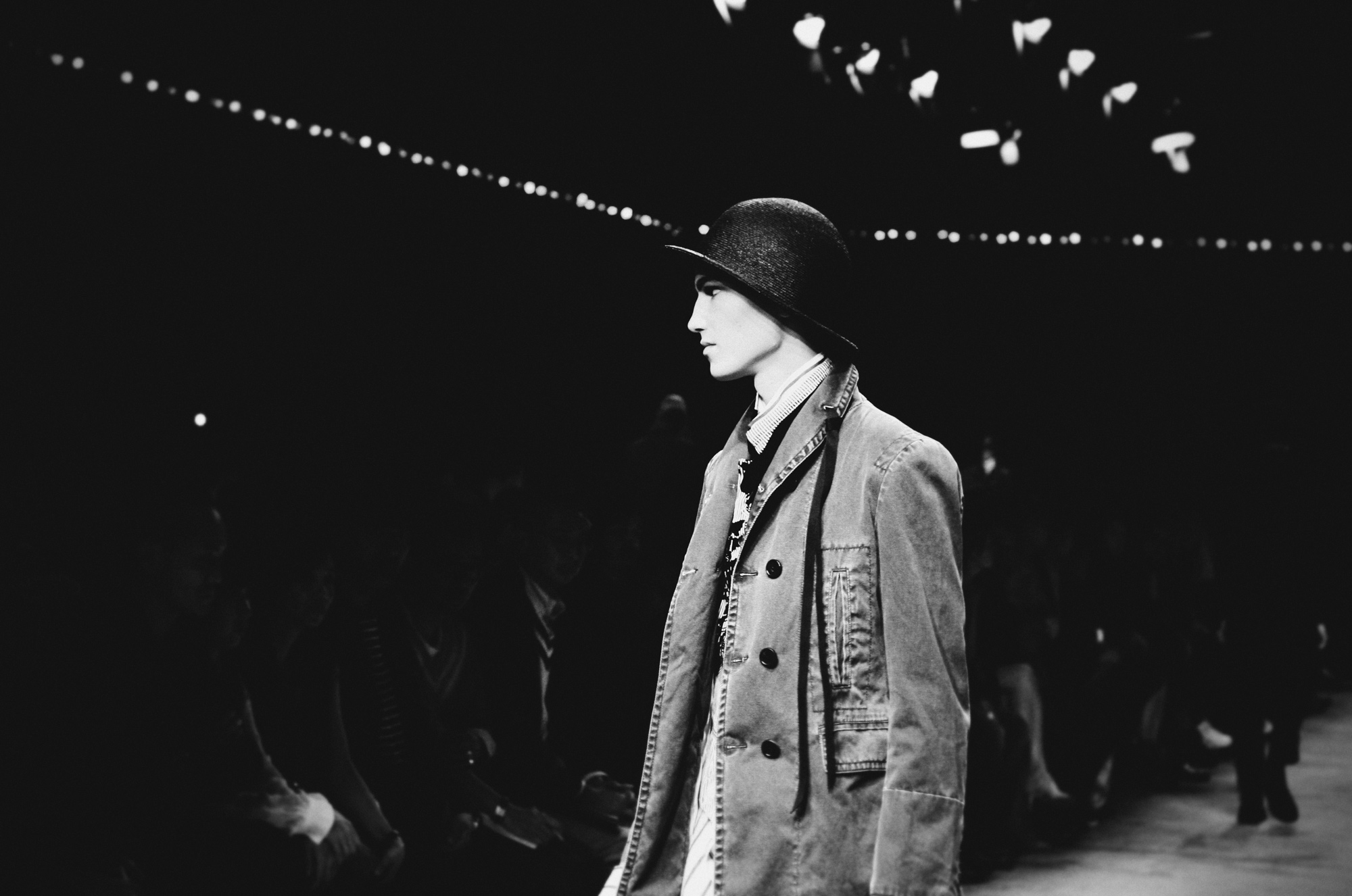 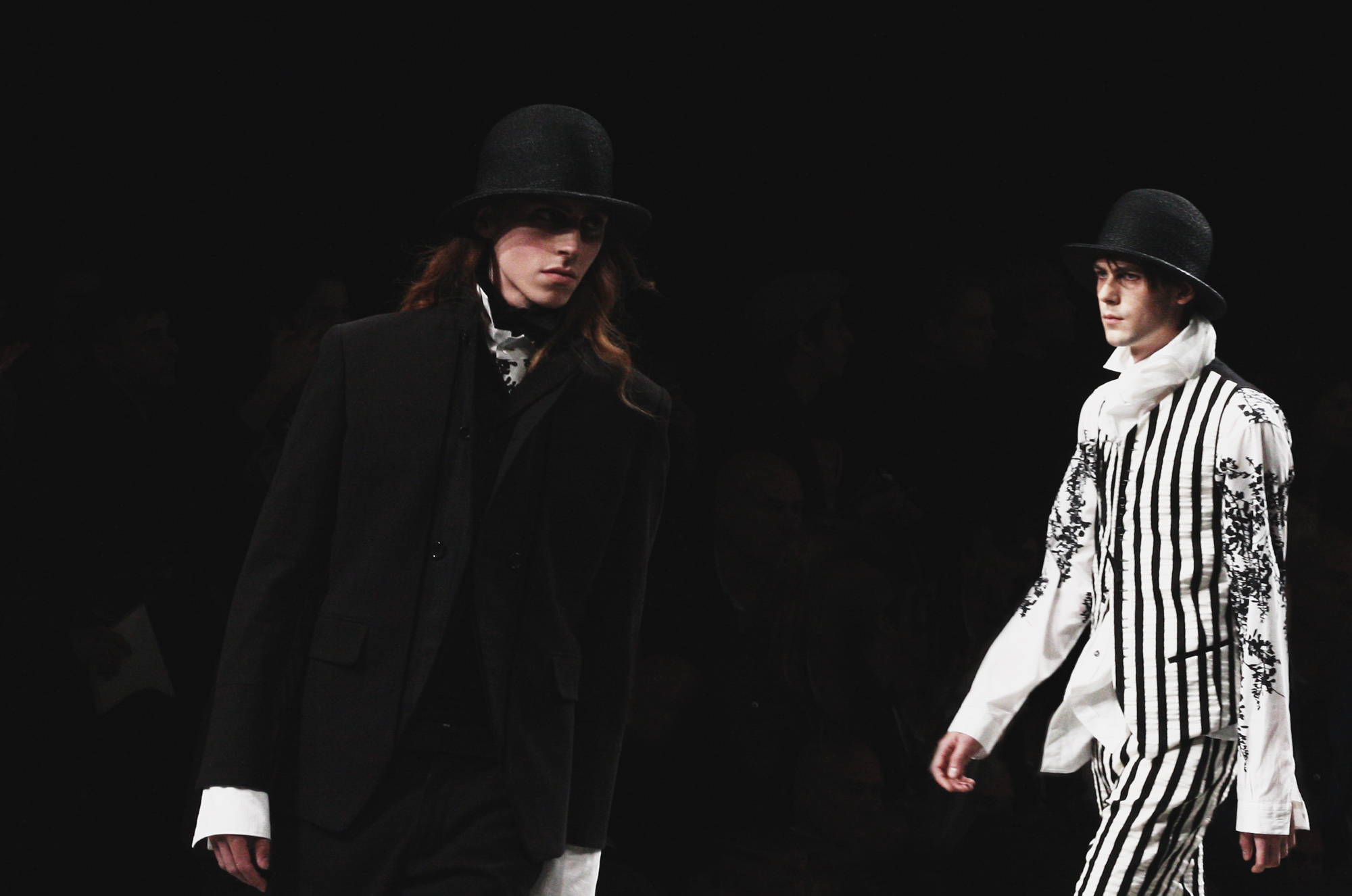 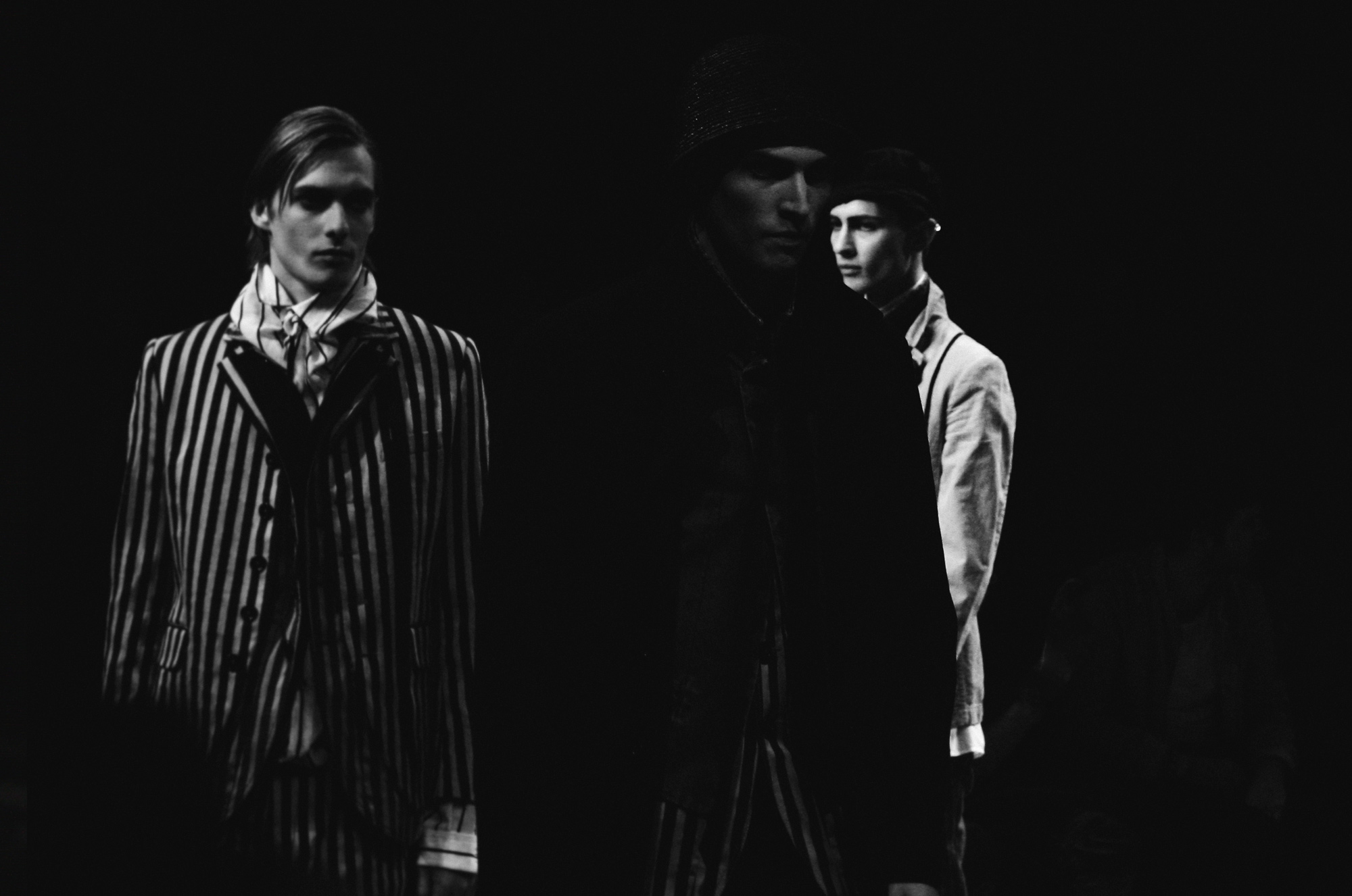