Uranus is the only planet of the solar system that spins horizontally. Mysteriously wrapped by dense clouds and a veil of fog, it is traditionally associated to sudden changes and cosmic surprises, which make it an epitome of rebellion against the things’status quo.

In an shimmering etheral atmosphere, Garth Pugh showcases a collection that seems to have been conceived under the influence of the eccentric planet. The desire to go beyond the common expectations, that drives the designer creative’s mind since his very beginnings, brings him out of his own universe, without any struggle or imperative, but with the amused curiosity of pure experimentation. A sense of regal elegance, imbued by a hint of frivolous coquetterie and sci-fi appeal, spreads through the rustling feather hats and long silk teals trains, which subtly refers to the saturated photography of “Safe ” (1995). The same aseptic and translucent feeling of Haynes’ movie is coveyed by the pieces in latex and PVC, robotic prostheses that isolate the body in a sort of sterile armor. The long proportions and clean volumes evoke fantasies of futuristic religious cults or intergalactic priestess. A mechanism of contraction and release of energy controls the dynamism of the garments, which at times seem to obstruct the movements imprisoning the joints of wearer into the stiffnes of uniform-like outerwear and spacial kimonos, while the fluid flowing skirts float freely, follwing the pace like the wake of a falling star.

The excitement of change is like an electric shock. An hysterical and impetuous thrill that echoes into the uncanny emptiness of unexplored spaces. 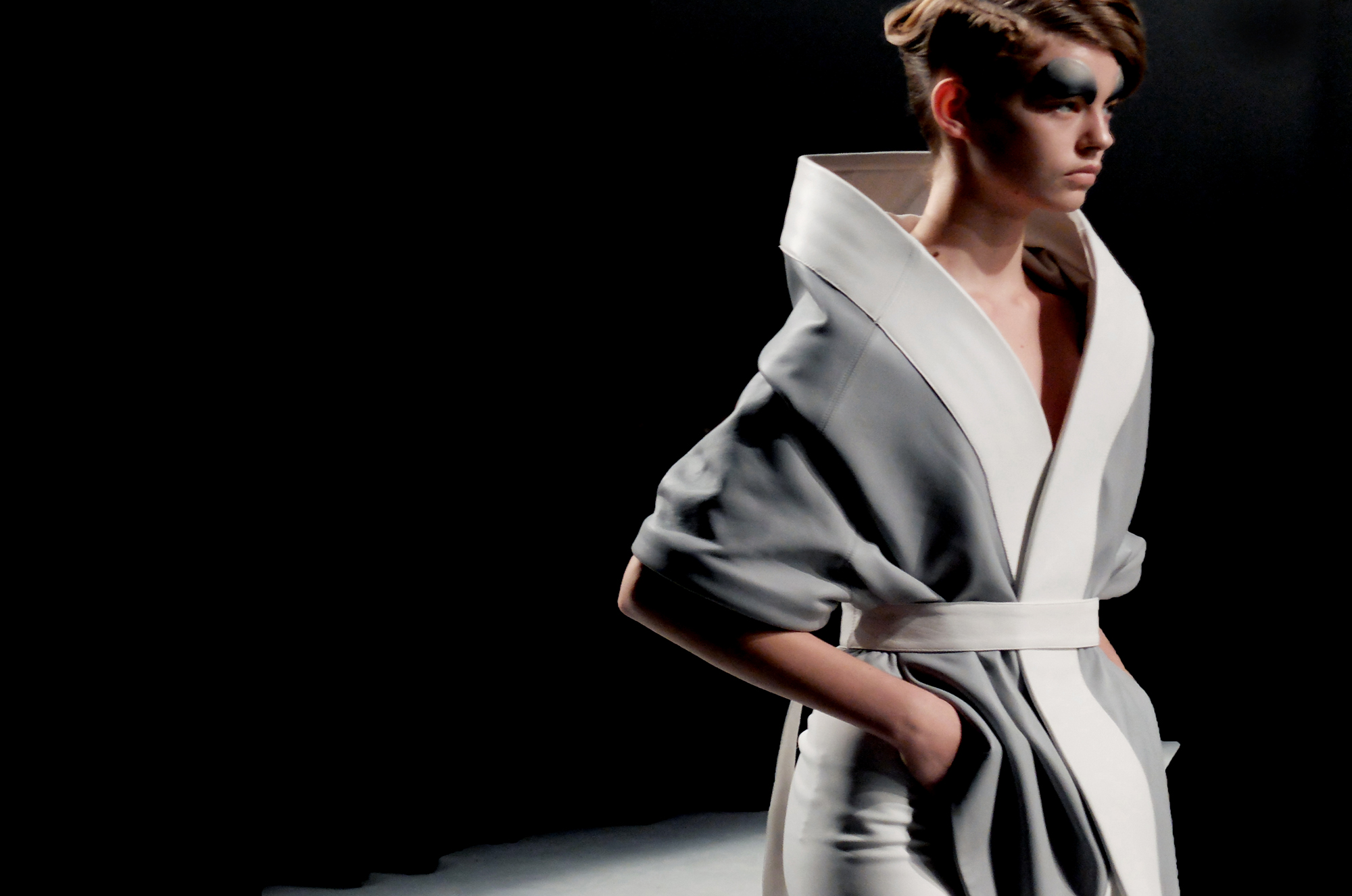 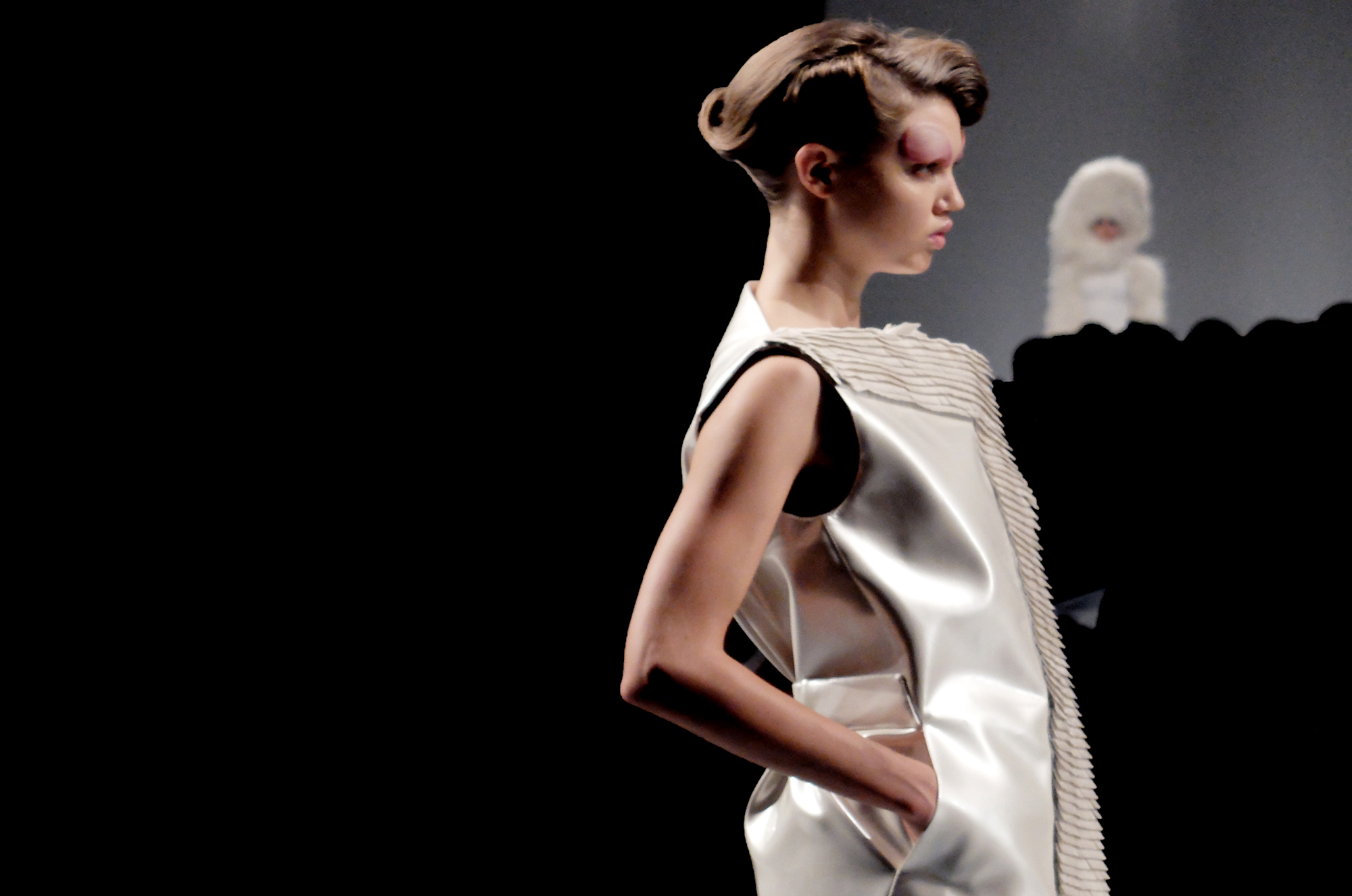 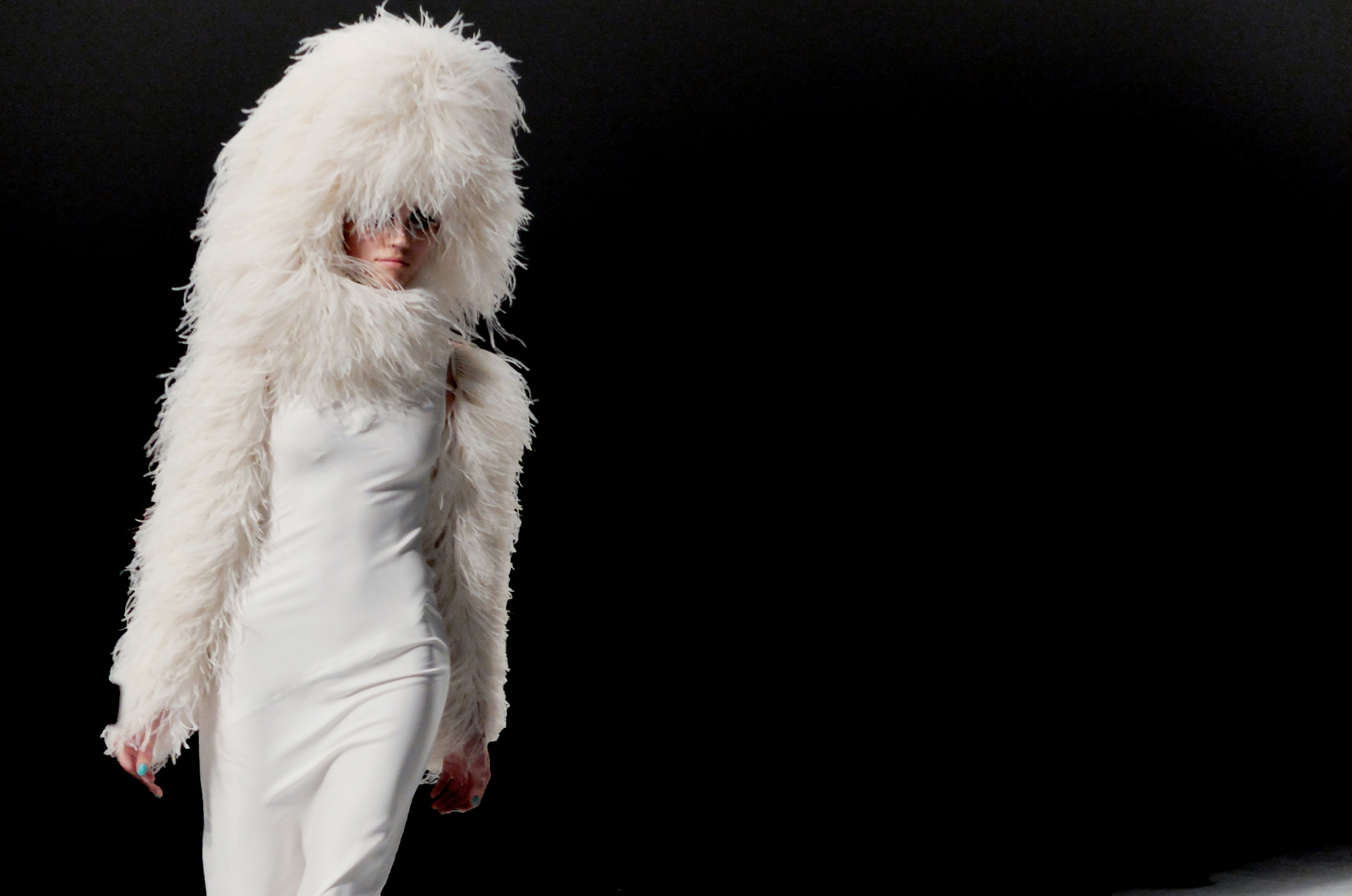