Emptiness is a precondition for creating.

The lack of something is what defines beauty as a concept by allowing anybody to fill this blank space with his own ideals. Vague feelings imbue aesthetically appealing objects with new meanings that produce emotional reactions. By denying to the viewers what they generally expect to see in a picture, the French photographer Elise Toïdé leaves room to their imagination and celebrates the beauty within suspended situations. Fleeting emotions interweave in unfinished stories caught by her attentive eye. Likewise, the British designer Harry Pontefract stitches together materials that already have a past to communicate a new message delivered through demi-couture garment pieces. Distressed leather doctors bag, antiqued monogrammed french linens, personal items such as his grandfathers leather suitcases are recovered and transformed into ambiguosly beautiful pieces. The broken and the damaged achieve new creative values. Wandering through lost memories of nomadic lifestyles and dream-like bucolic suggestions, the two creative souls meet each other in this editorial. Both fascinated by the seductive power of nostalgia and melancholia, they grasp the tarnished allure of an irrelevant past and turn it into an intimate contemporary story.

The end remains unwritten. It is an empty page subjected to the public’s free interpretation.

Harry Pontefract will showcase its collection for the very first time from Sept 25th to Oct 2014 1st at 7 Rue de Thorigny, 75003 Paris. 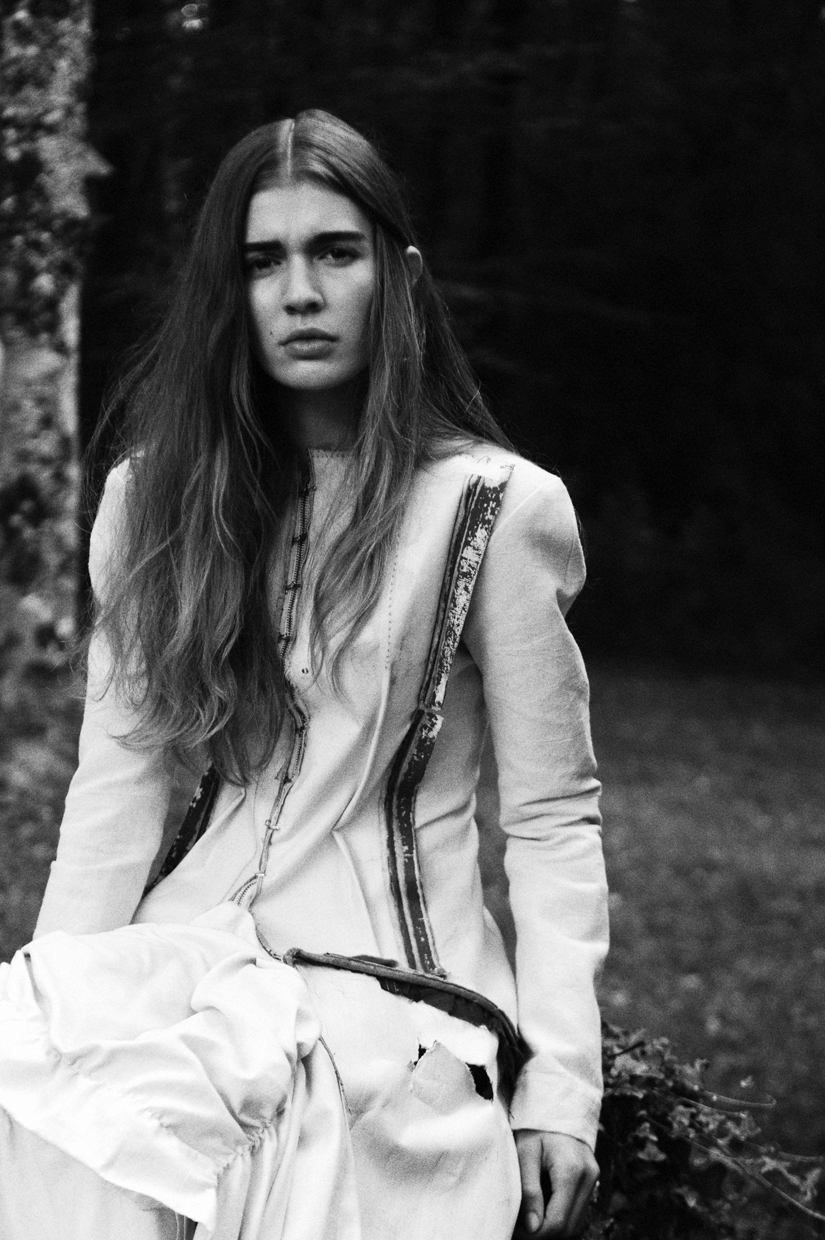 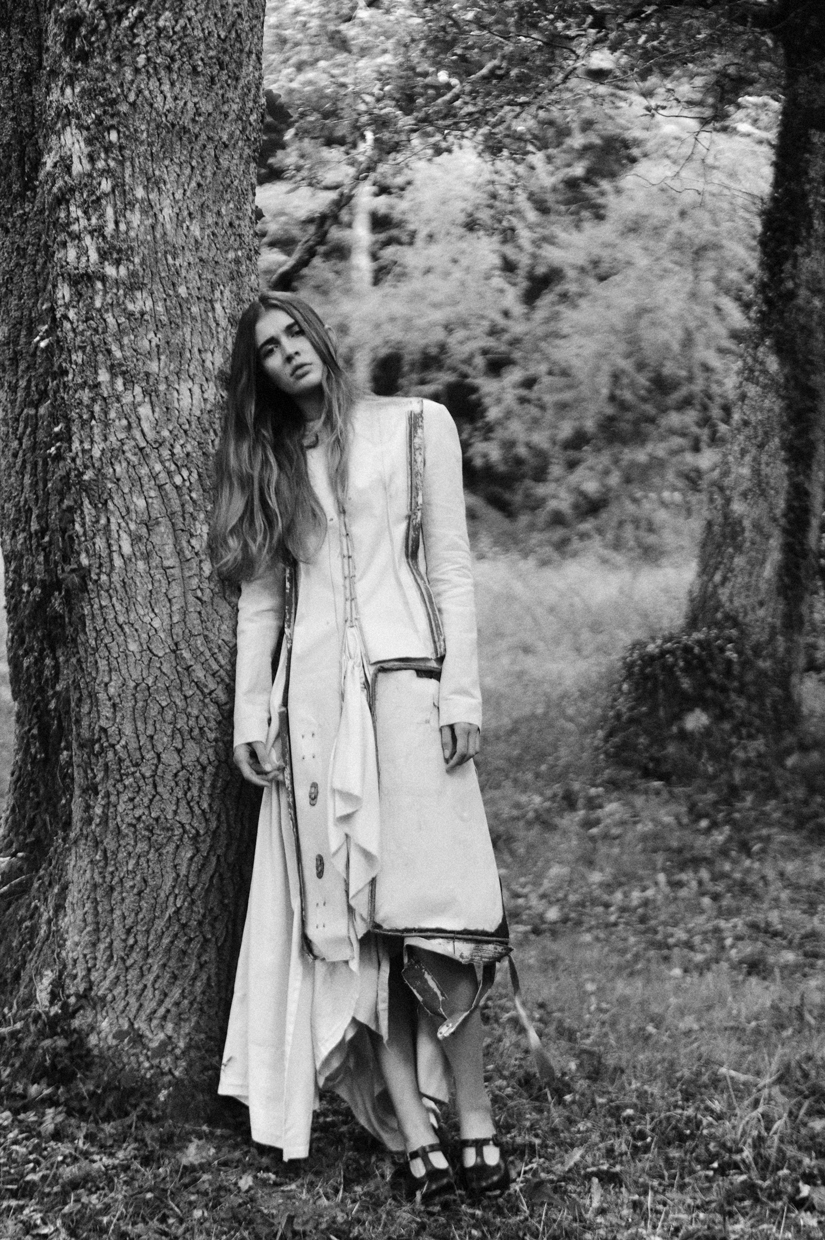 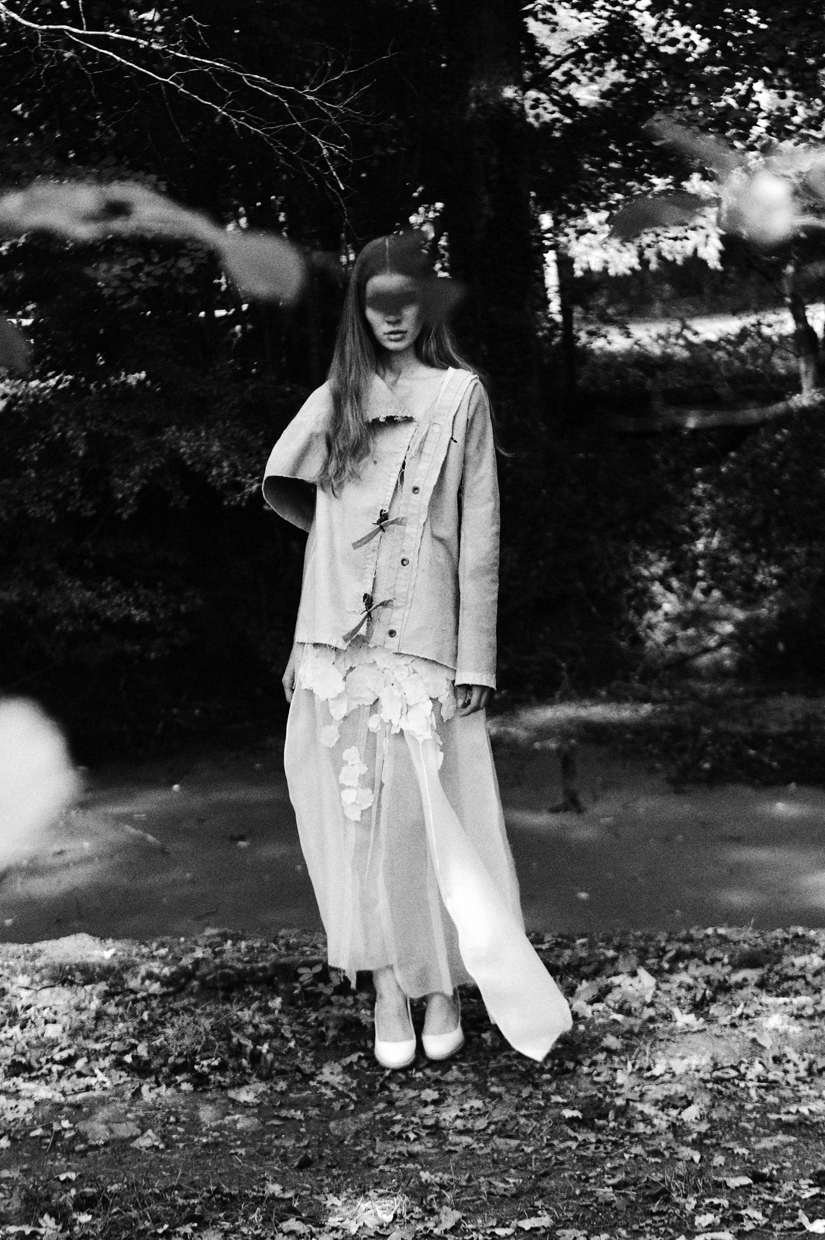 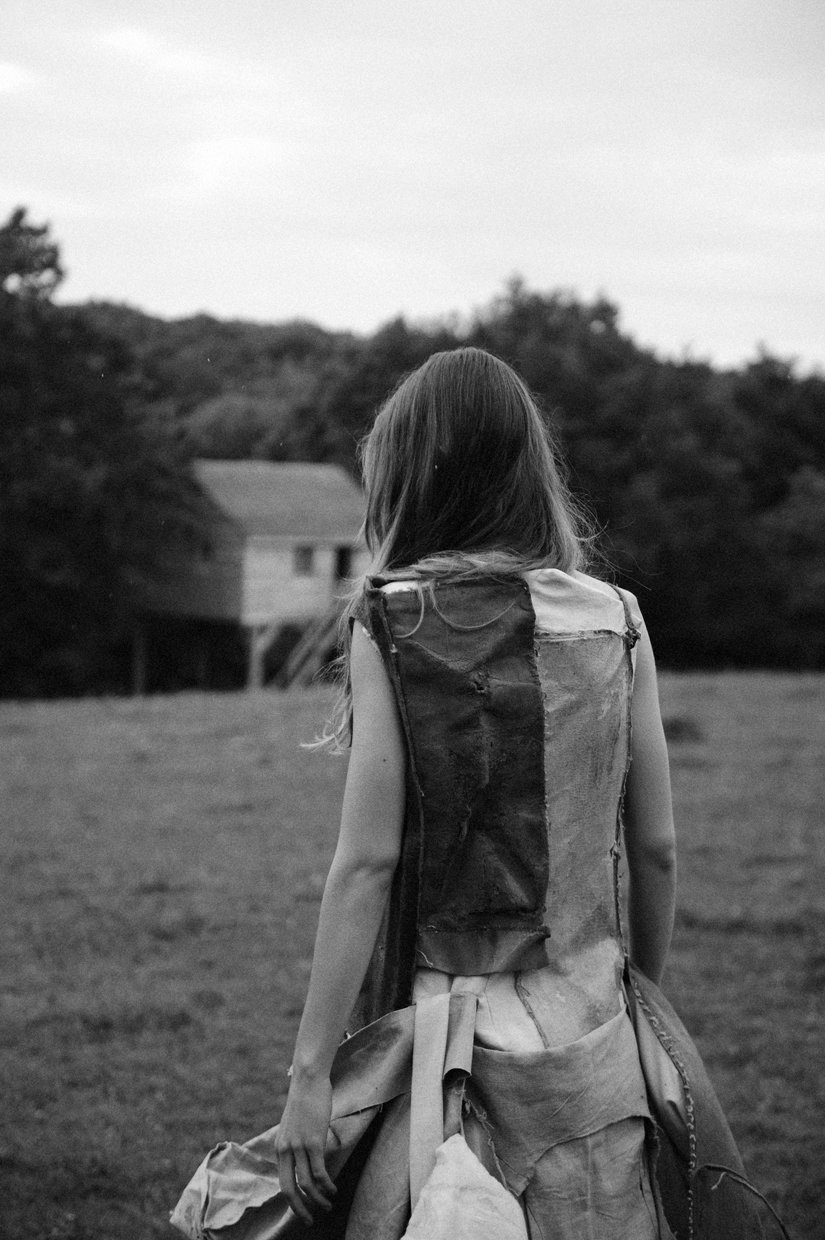 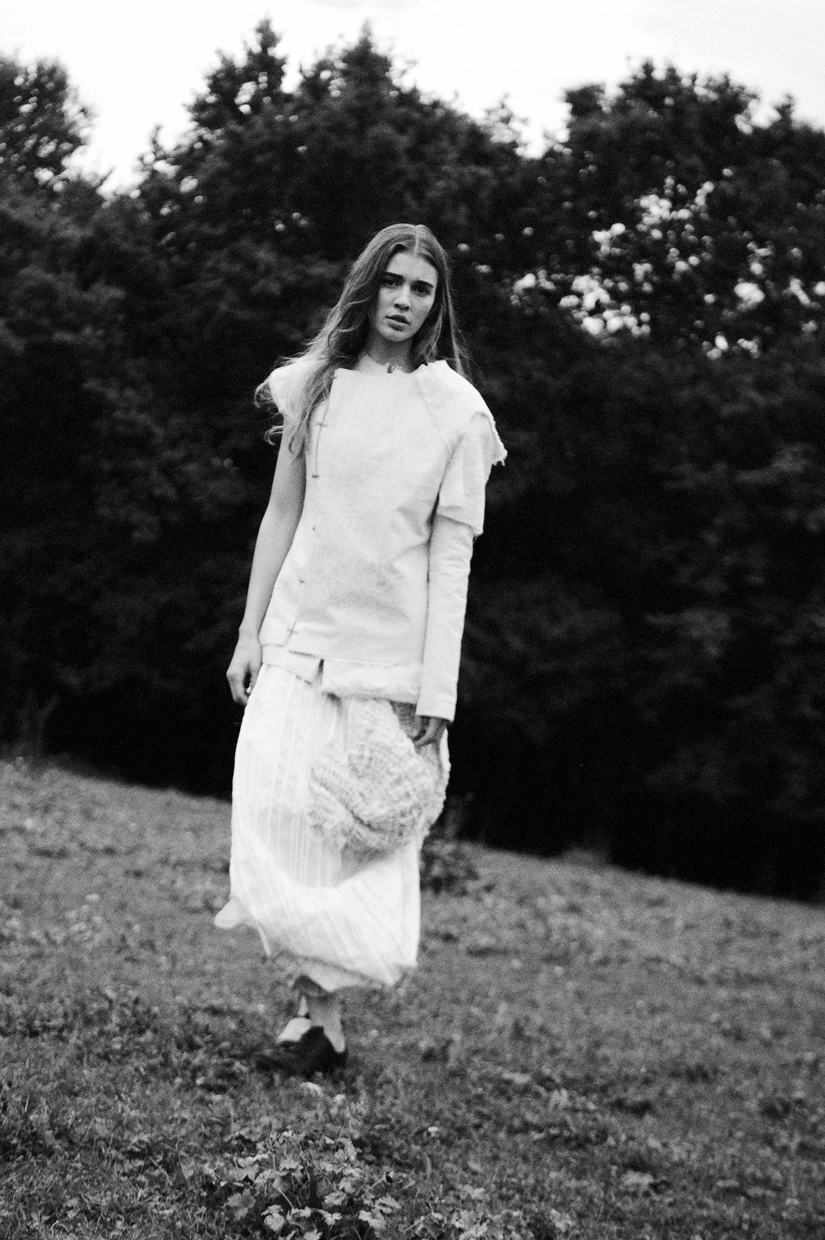 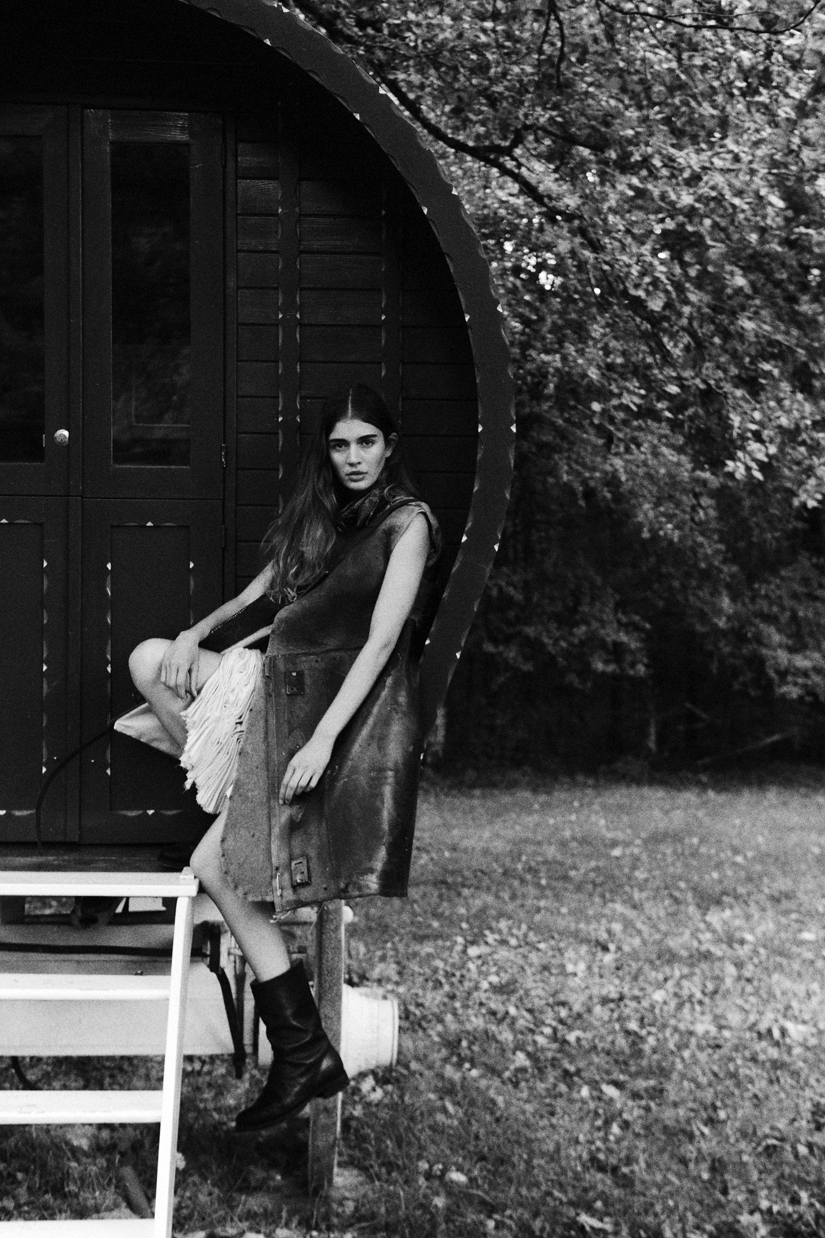 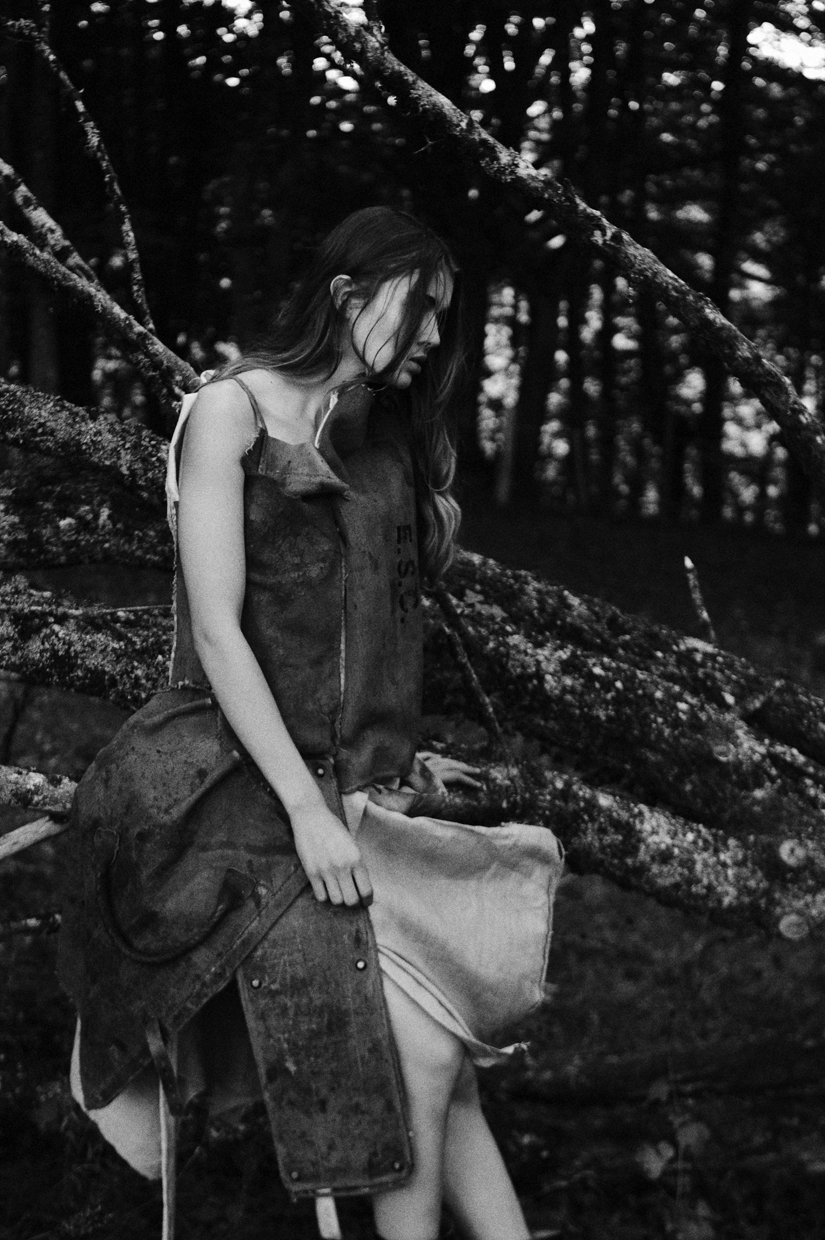 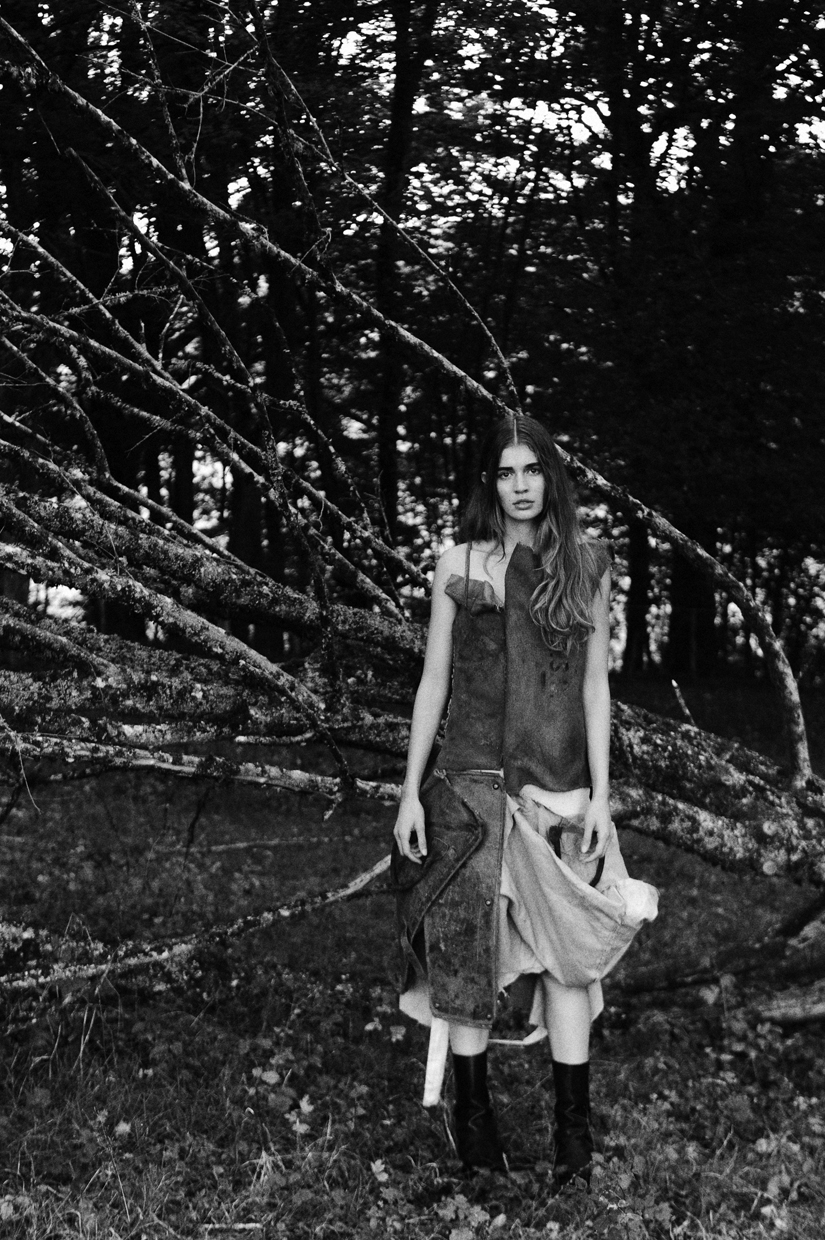 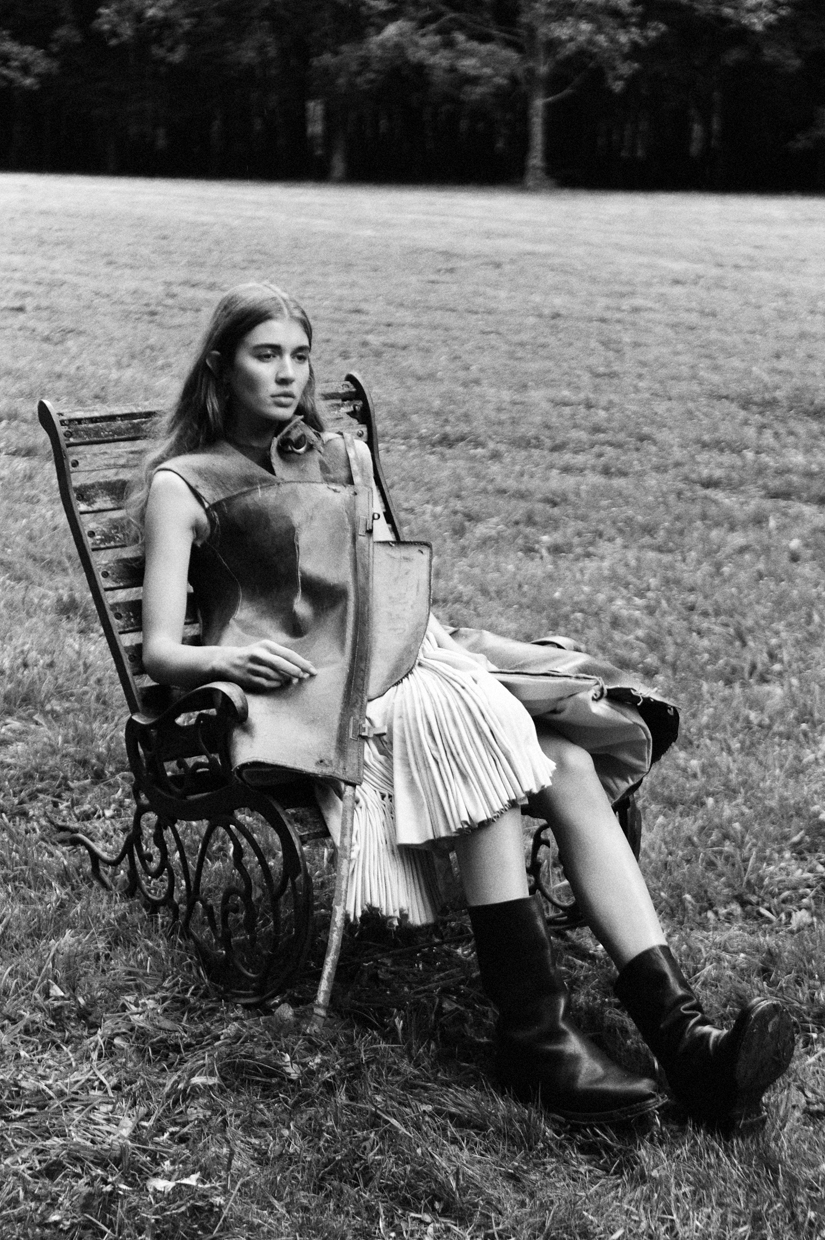 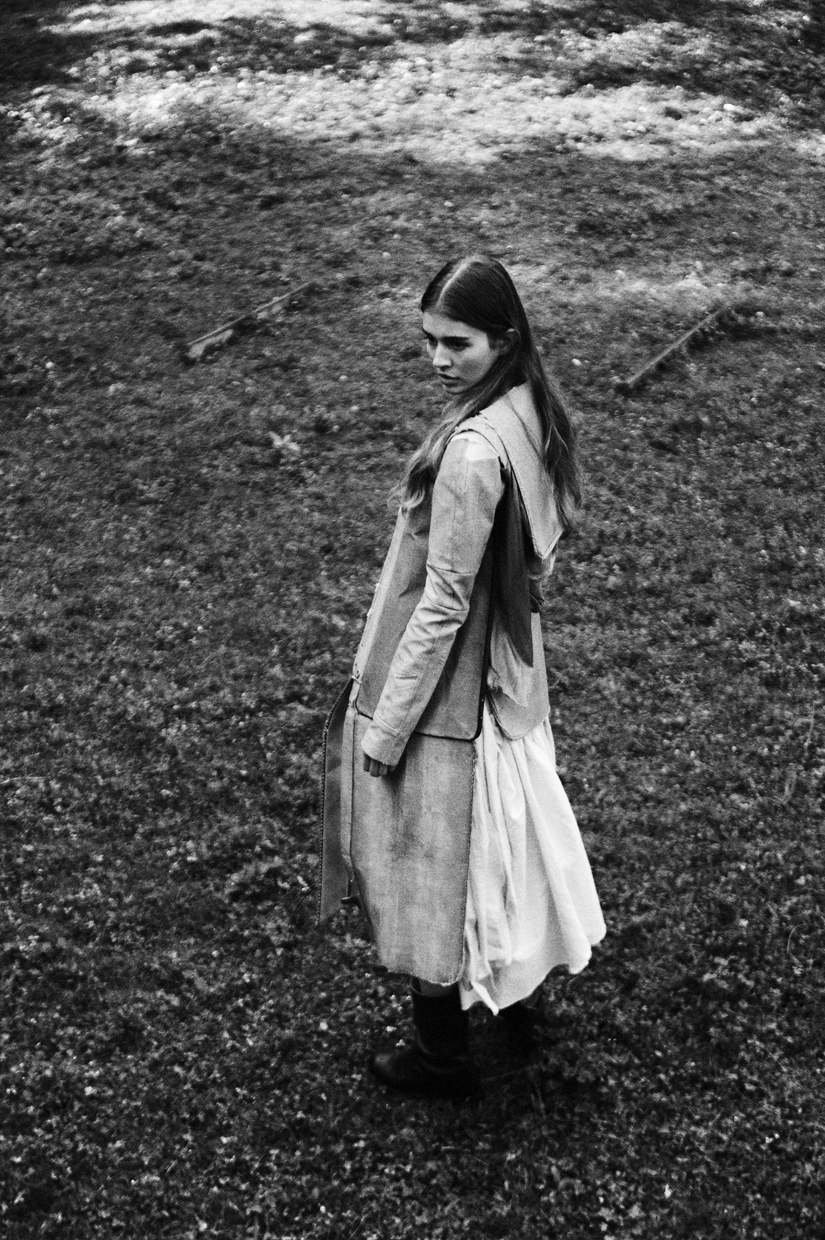 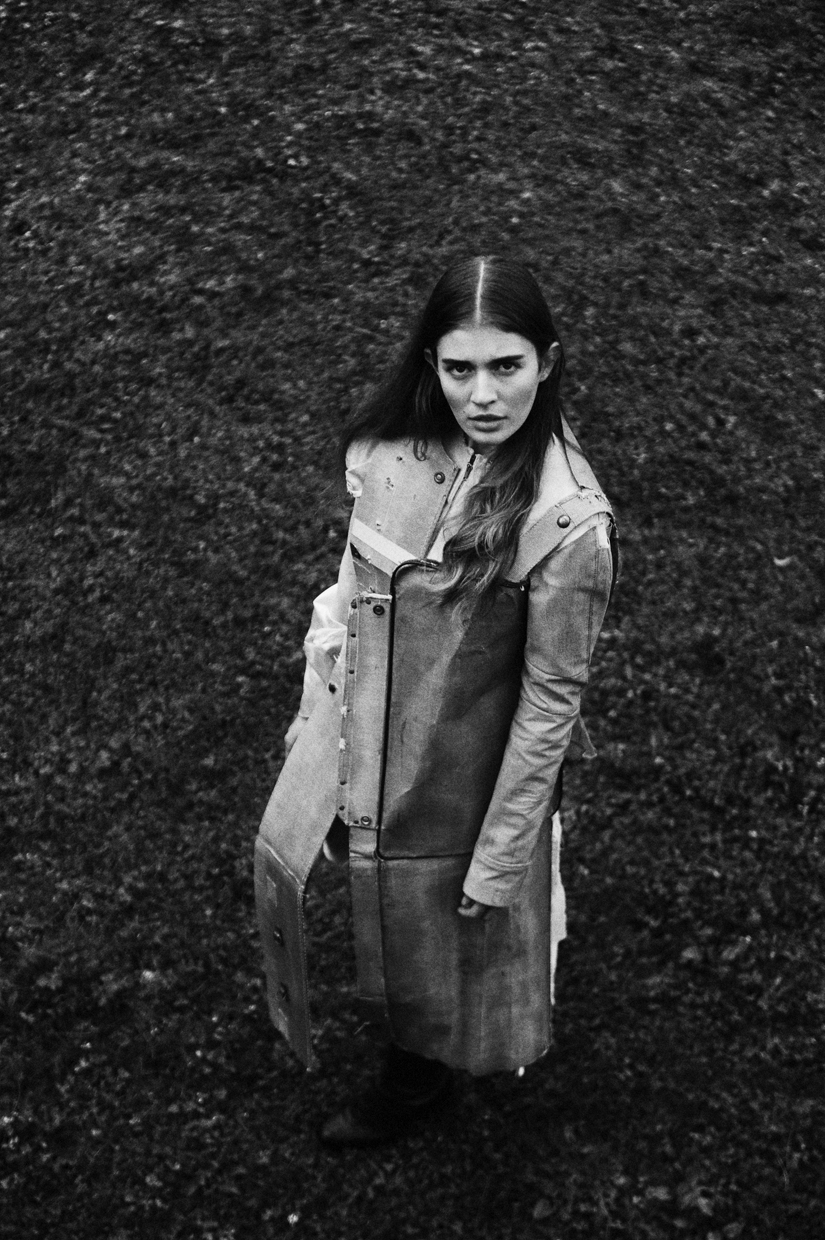 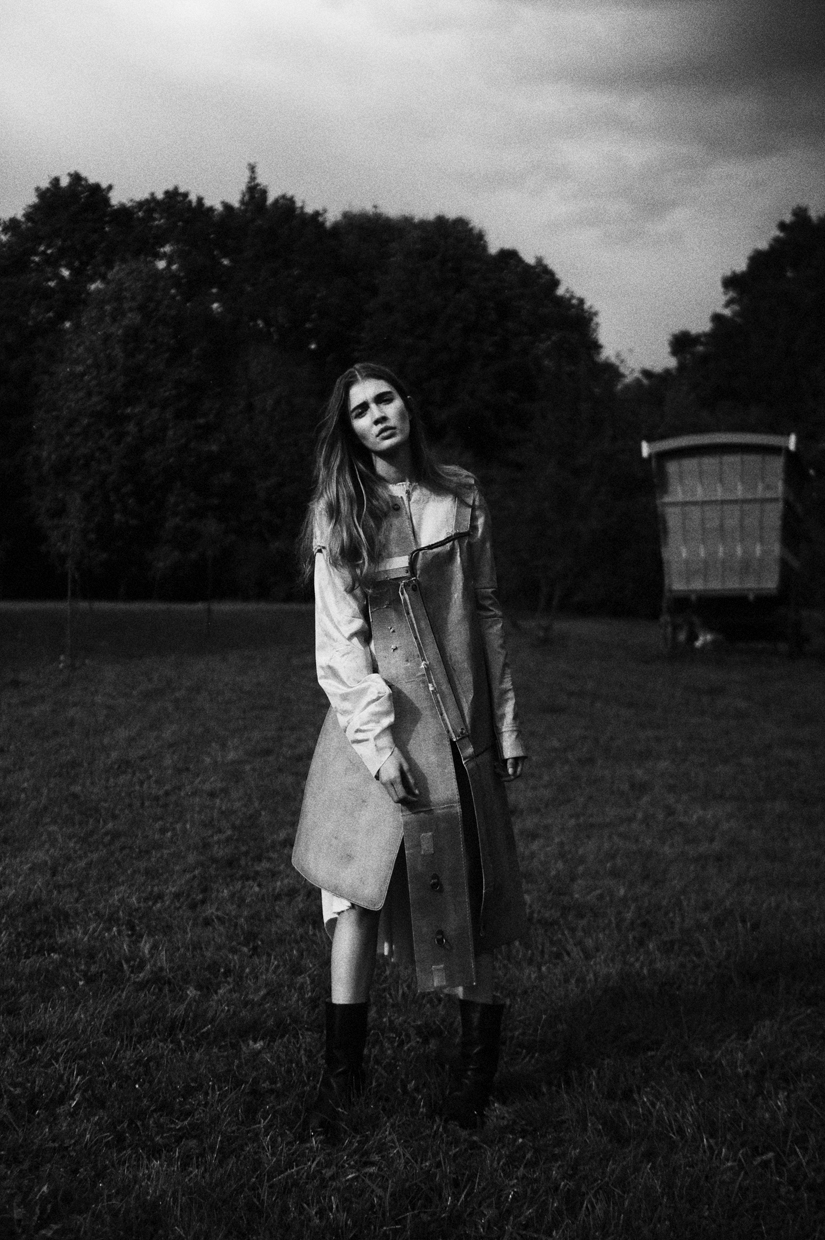