Discovering the capital of Georgia through its seasonal fashion event.

Tbilisi has many souls. Suspended between East and West, the Georgian capital is a meeting point of different cultures and traditions, regions and architectures, modernity and antiquity. This eclectic mix of contrasts gives to the city’s creative scene a vibrant spirit and total freedom of experimentation, and influences the works of up-and-coming fashion designers.

The lack of constrictions and the distance from classic global trends make Tbilisi a unique underground hub of young artists, designers, and musicians with a culture distinctly of its own. Old arts and crafts often meet a contemporary sensibility, such as in Mariam Gvasalia’s clothing. The 25-year-old designer graduated from Tbilisi State Academy of Arts has recently opened her new flagship and keeps having great success in Georgia. The store is located in a new district of Tbilisi, yet not far from the Old Town. All the pieces on show were handmade by Gvasalia’s atelier. Also the emerging designer Miro Mirian draws inspiration from Georgia’s rich and diverse cultural background. Miro’s debut collection longed for romance, with flowery prints and a color pallet inspired by the blooming landscapes and dusky sunrises of the Georgian countryside. Flowing fabrics, loose yet feminine silhouettes, gave to the designs a timeless appeal. Miro‘s utilitarian chic aesthetics perfectly matches the eclecticism that dominates Tbilisi’s creative scene.

The narrow streets that run up and down the hilly city bring wanderers through centuries of history through ornaments, colors and patters from past eras, eventually leading them to the statue of Kartlis Deda that overlooks Tbilisi. The figure, also known as Mother of Georgia, is a grand manifestation of dignity and authority and embodies the national Georgian values of hospitality and freedom. The juxtaposition of different architecture styles peacefully allows Soviet buildings to sit next to Byzantine palaces, beautifully decayed Liberty houses and extremely sleek structures like the IOTA boutique hotel. Nestled in the heart of the city, the IOTA is a fine example of industrial meets organic architecture. It serves as bridge between two landscapes: the green mountains on one side and the urban skyline on the other, which meet through the full-size glass windows that spread over the hotel’s façade. Wabi-sabi inspired interiors feature ecologically safe Georgian wood that softens the rustic appeal of the concrete elements and minimal furniture. Along the building a vertical garden grows lusciously, culminating in a glass-house like rooftop. Nature it’s indeed an element that it’s strikingly present in the city, which is entirely surrounded by green and rocky valleys. As soon as one exits the urban areas, wilderness begins, dotted with the remains of an ancient civilization and agricultural tradition that seems to belong to a different era.

Picturesque and warm, with its incredibly rich history, its contrasts and mystic charm, Tbilisi and its artistic community are an untamed source of dynamic energy that surprises and inspires. 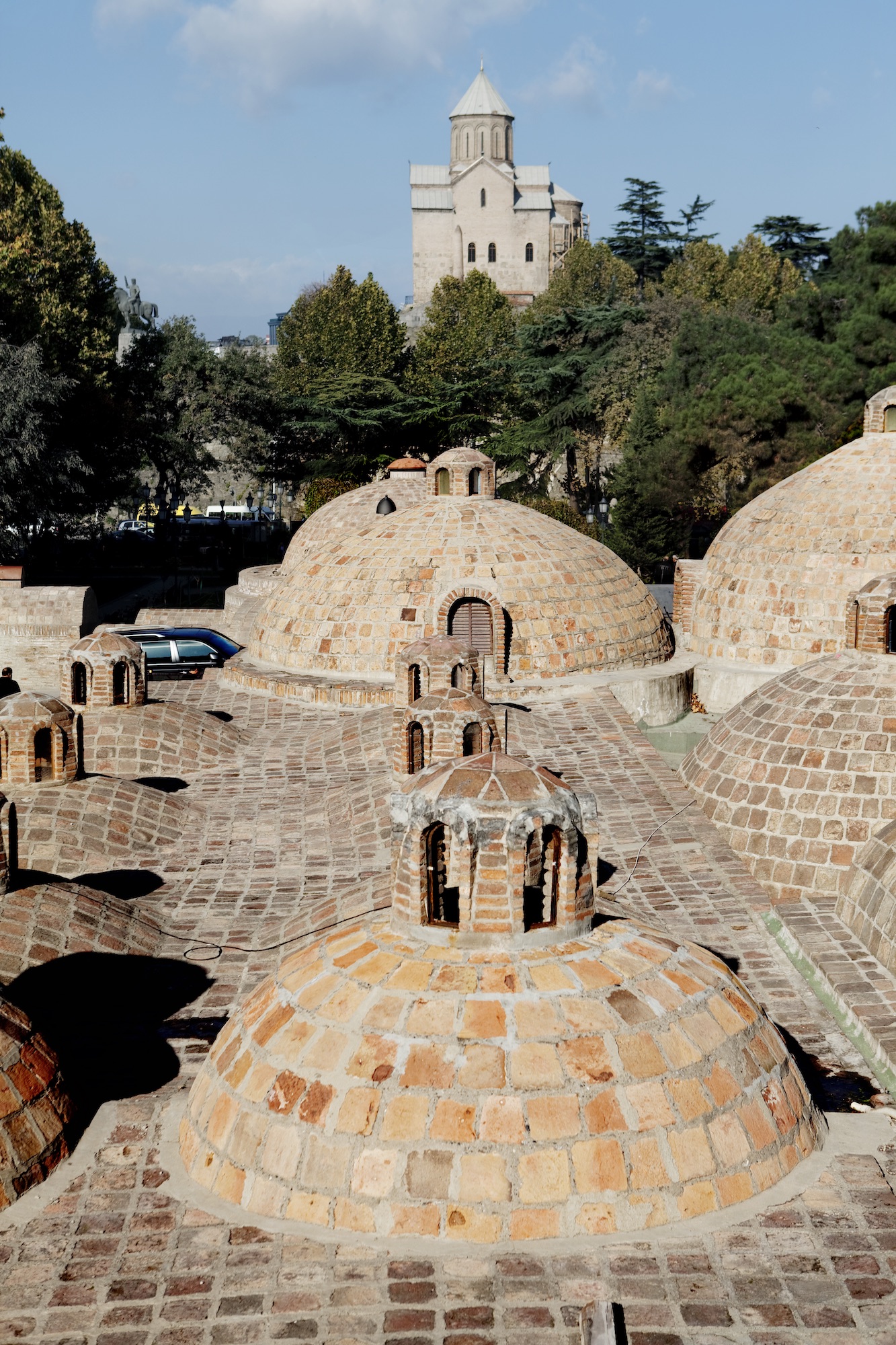 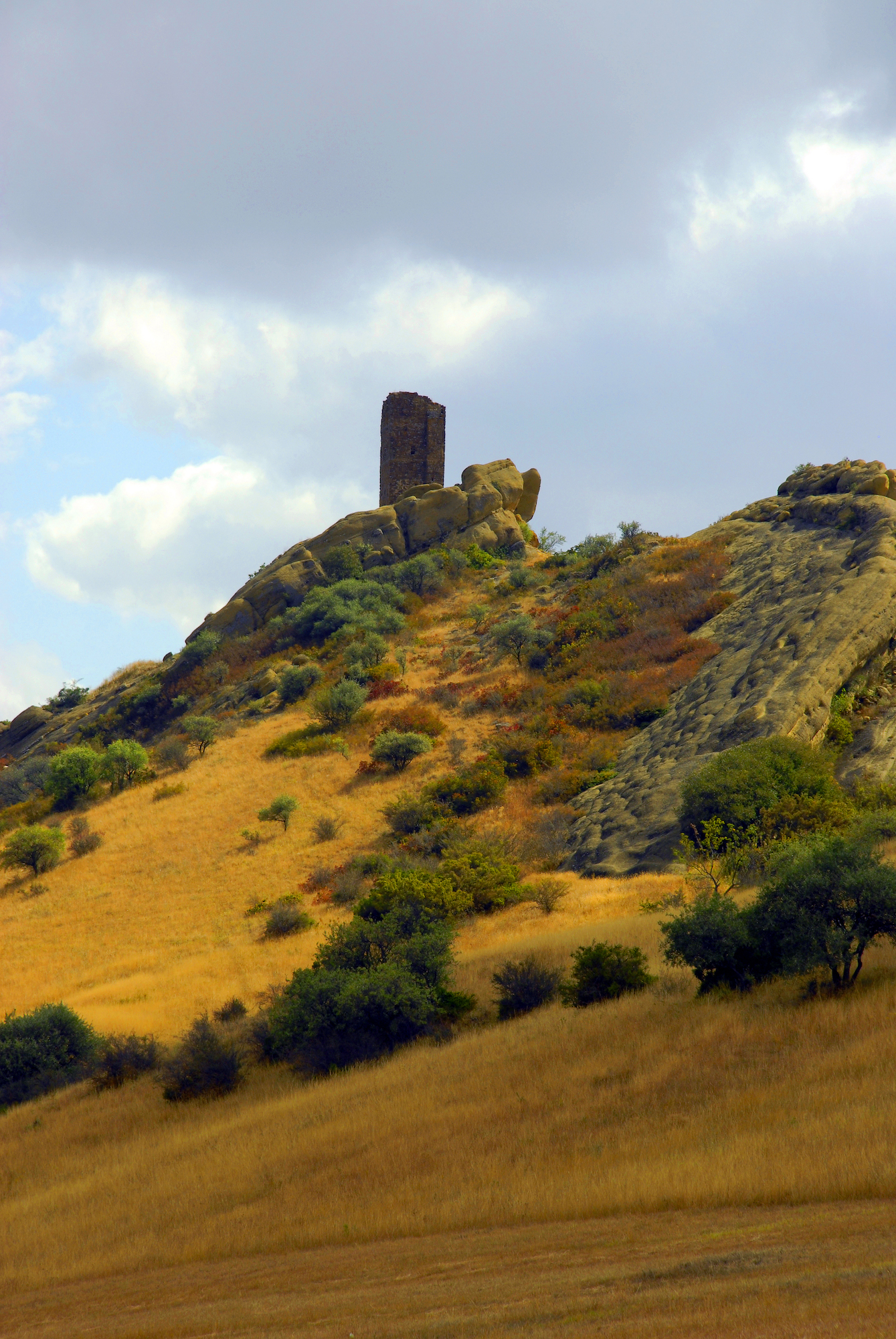 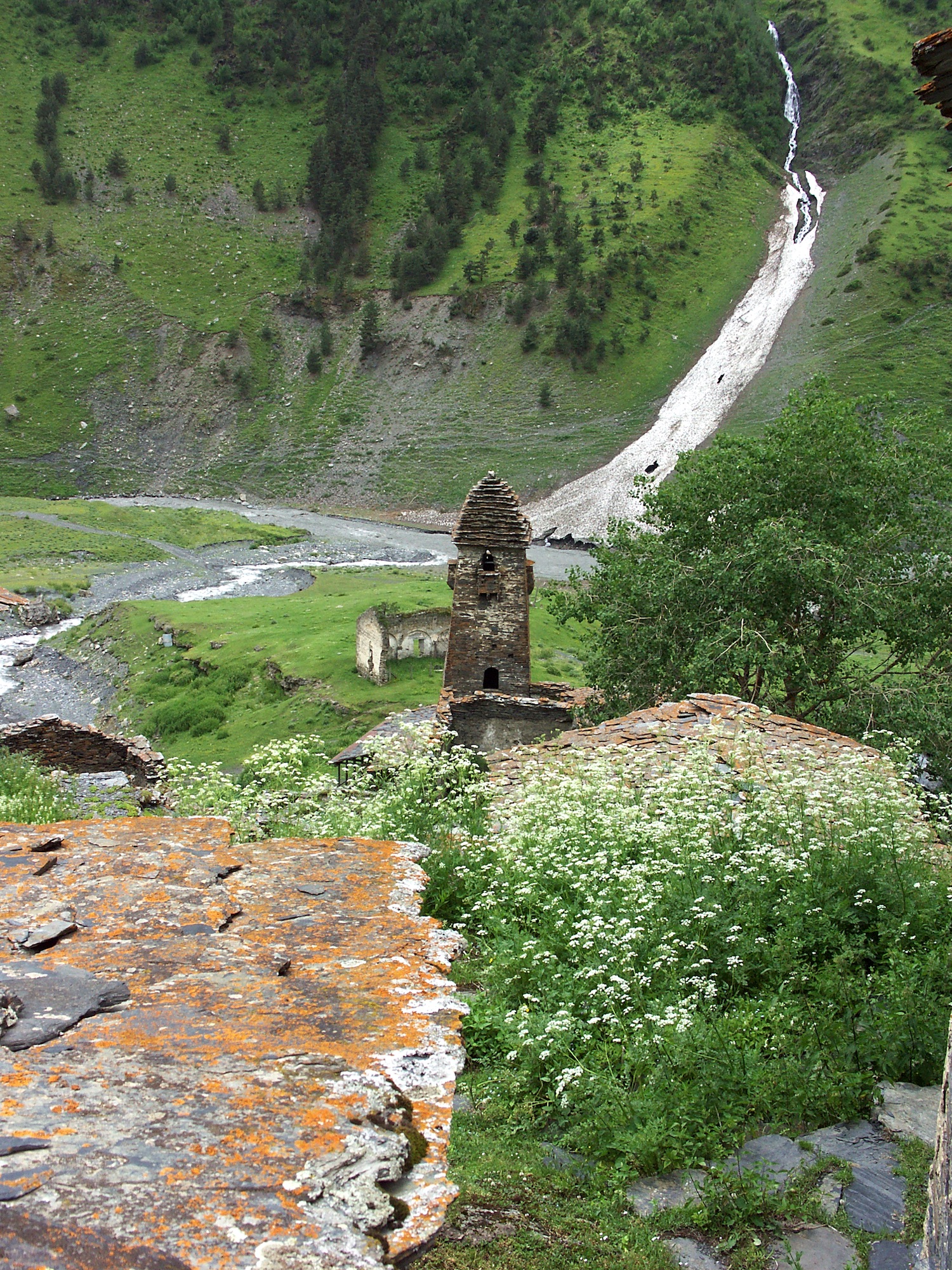 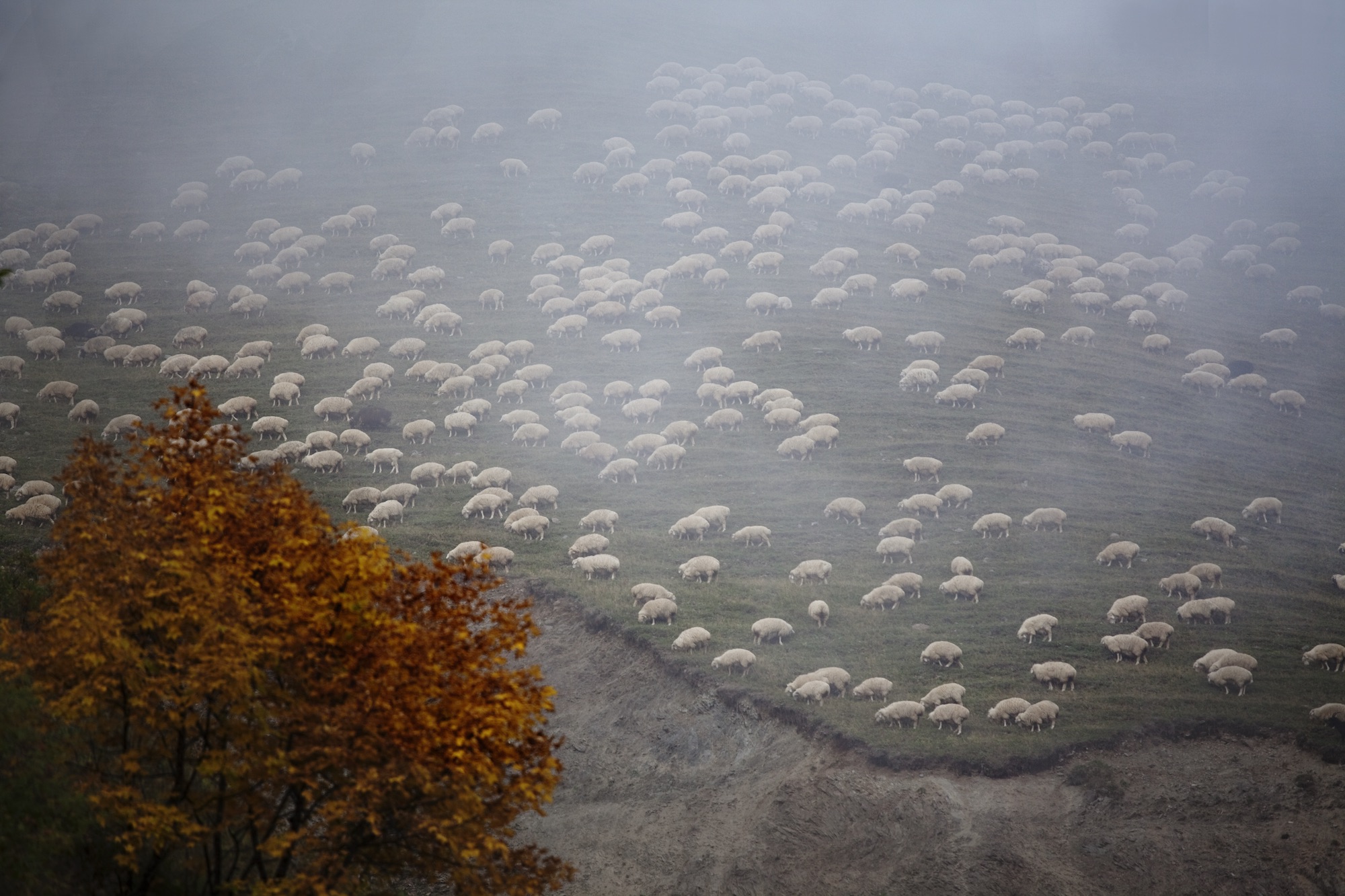 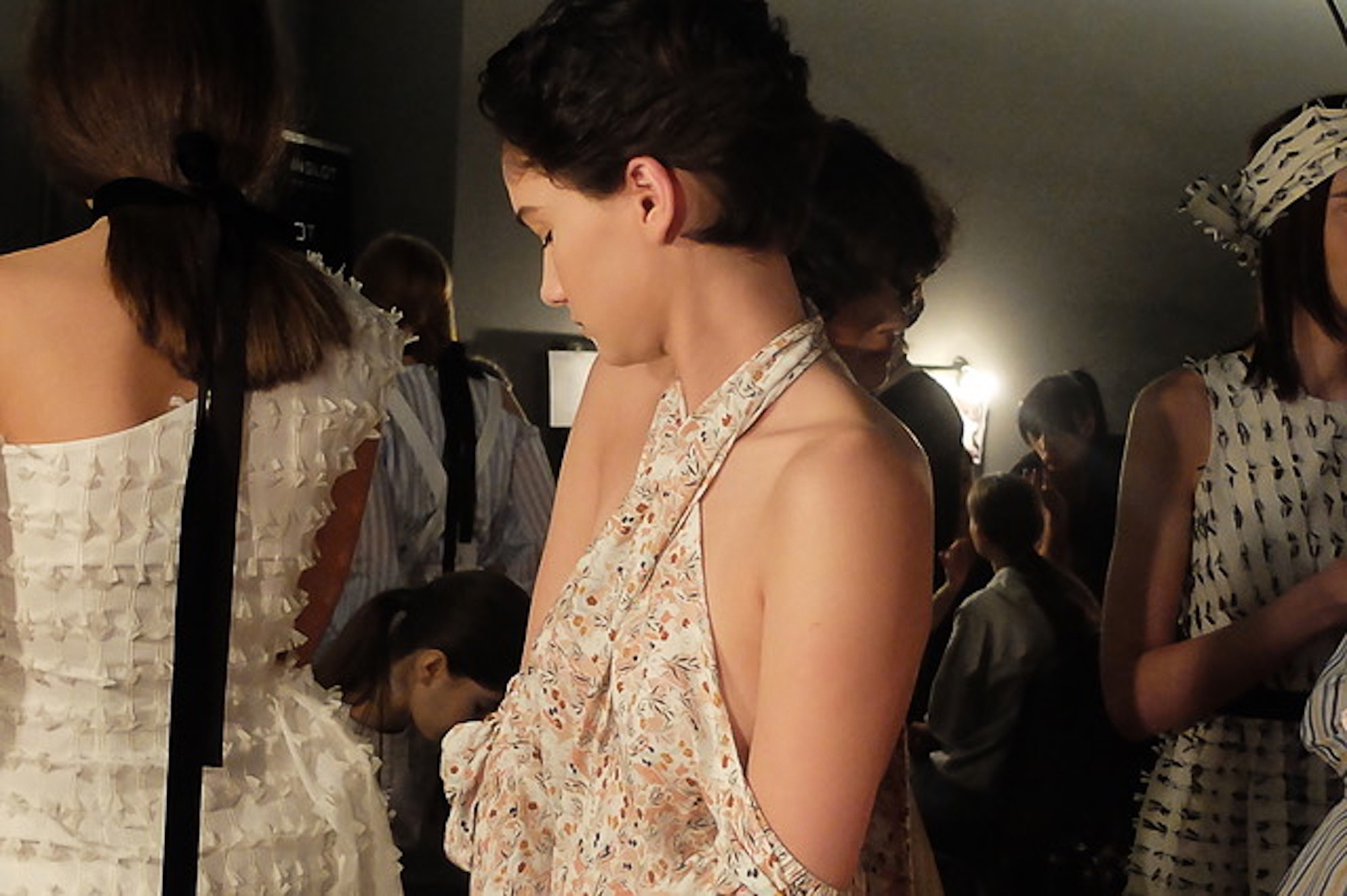 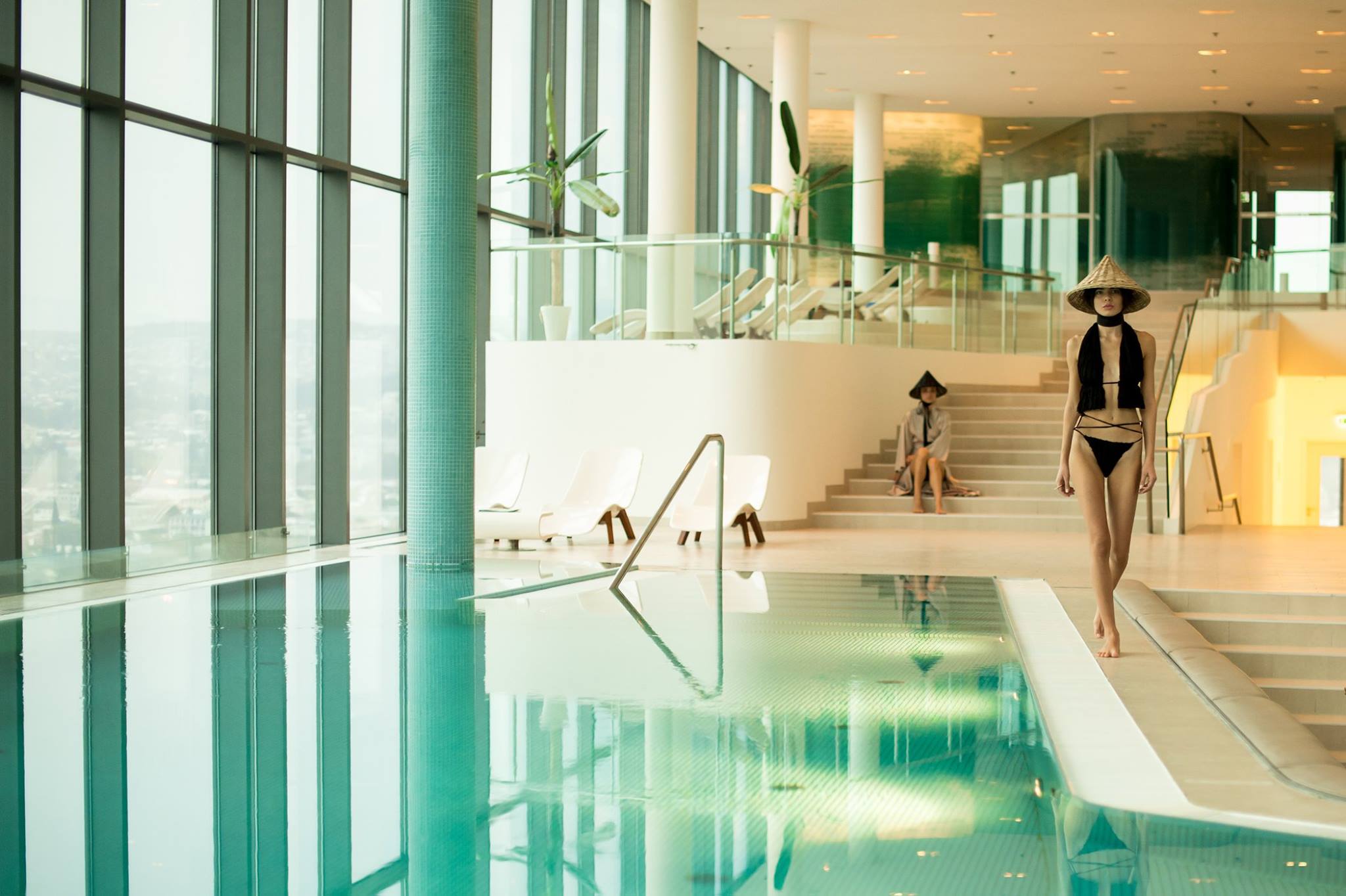 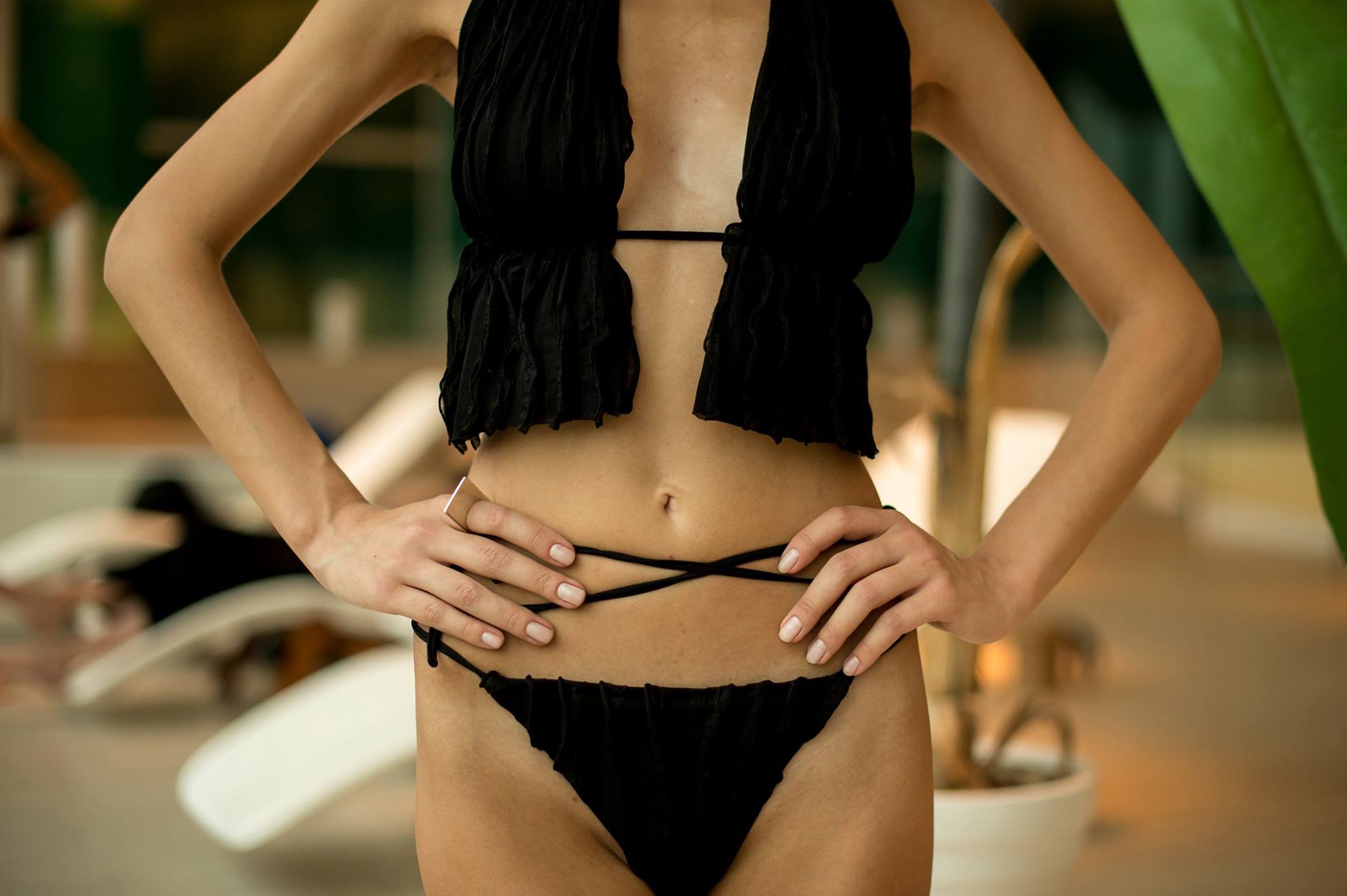 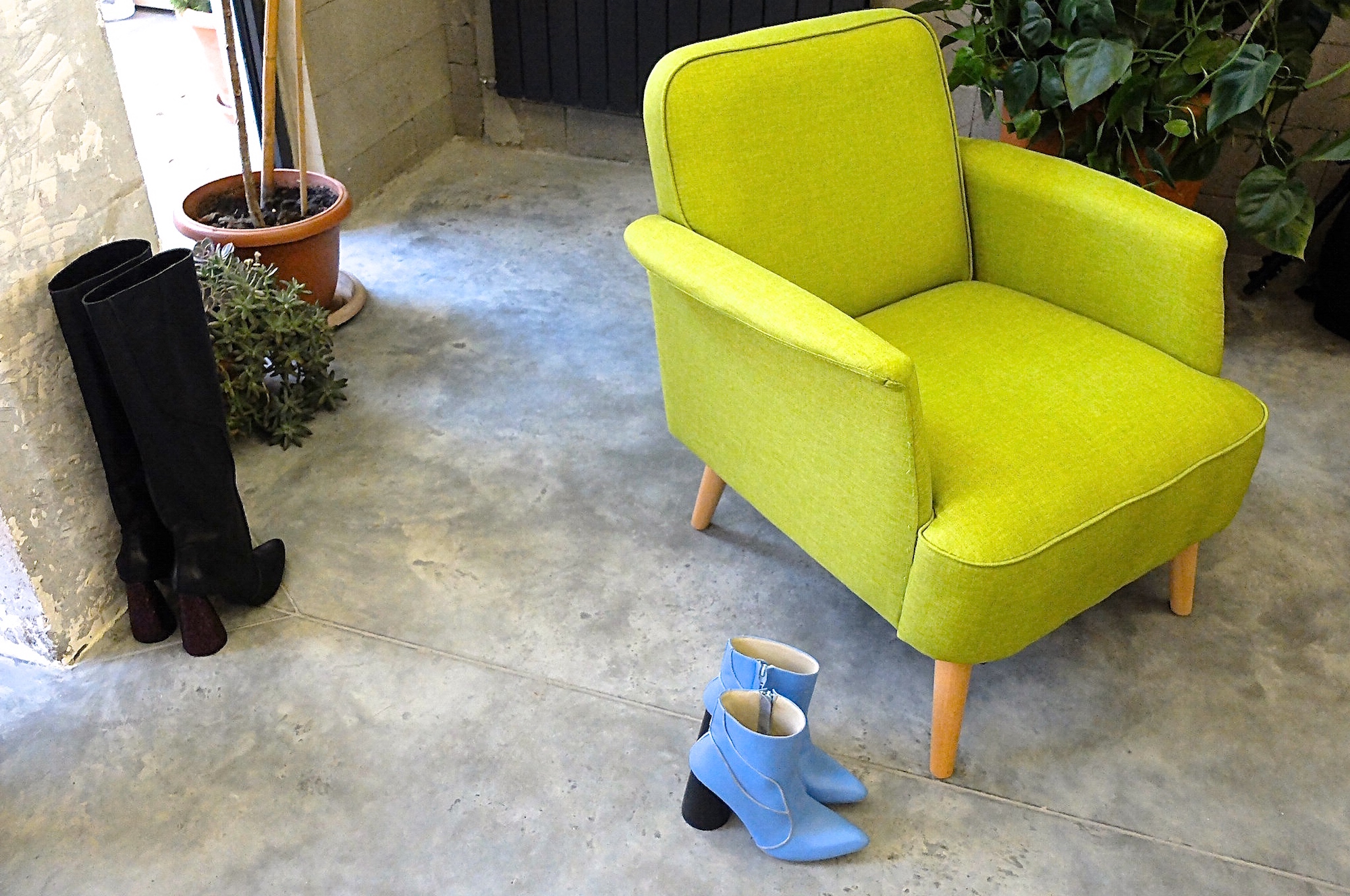 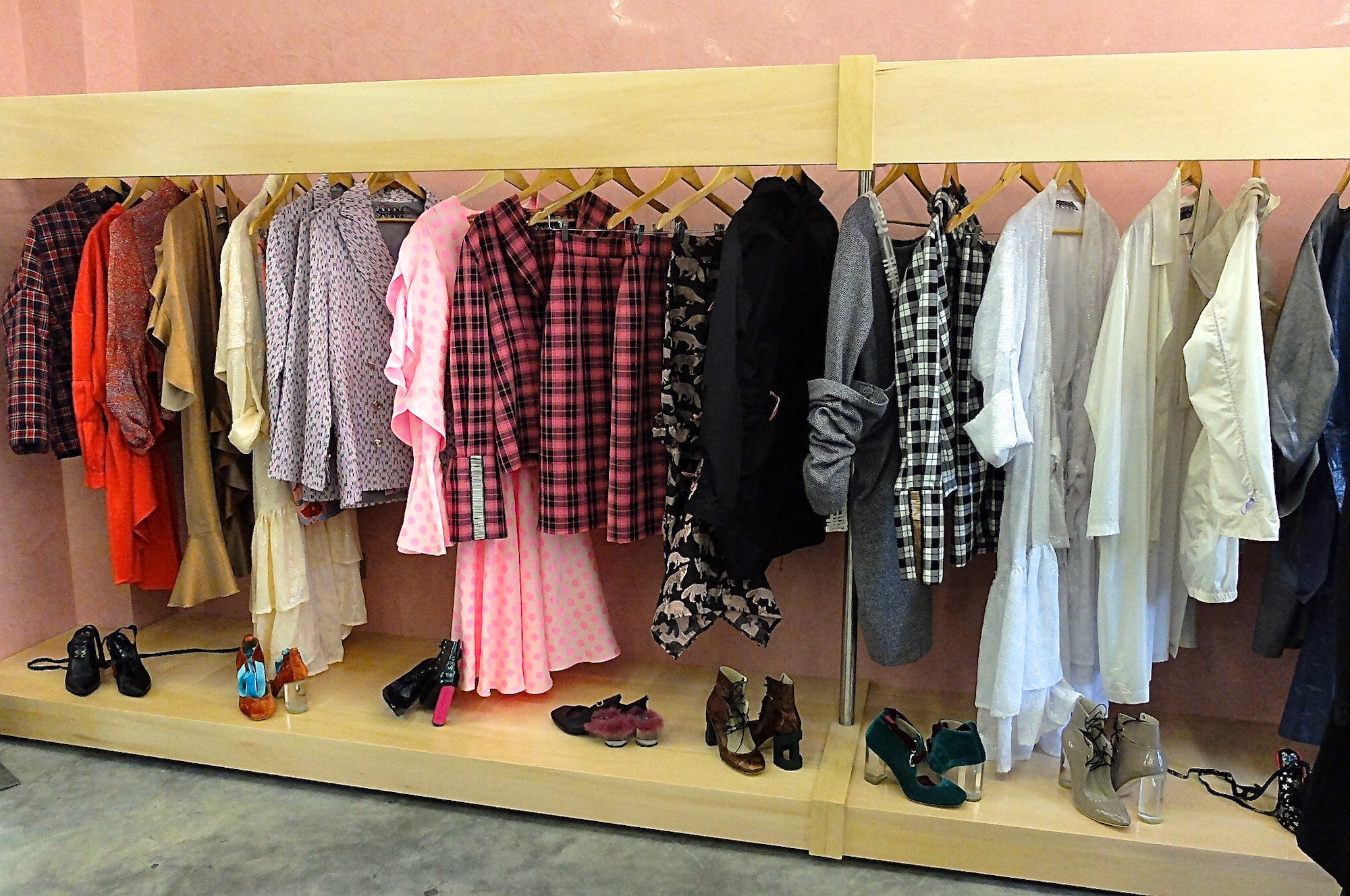 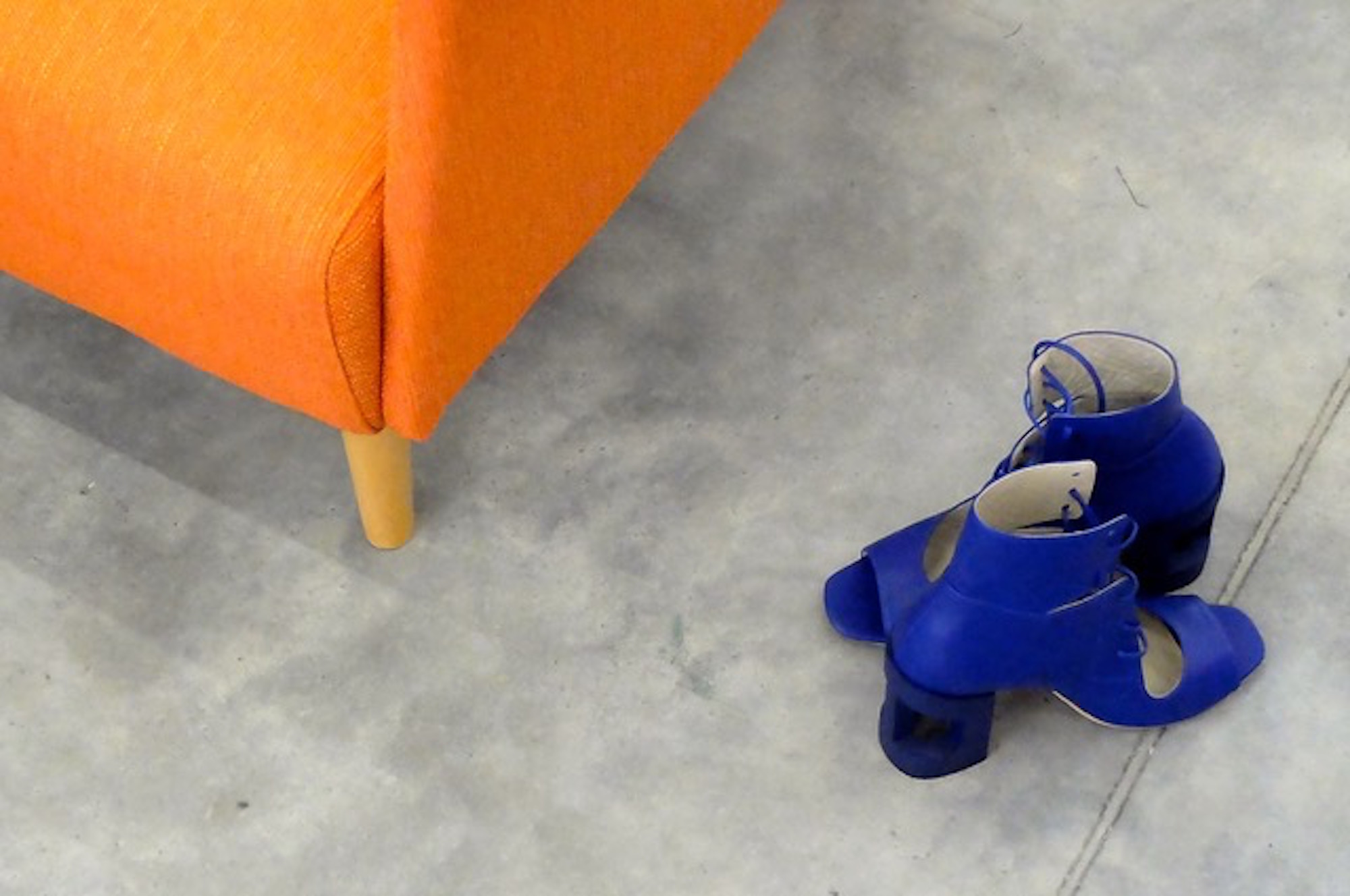 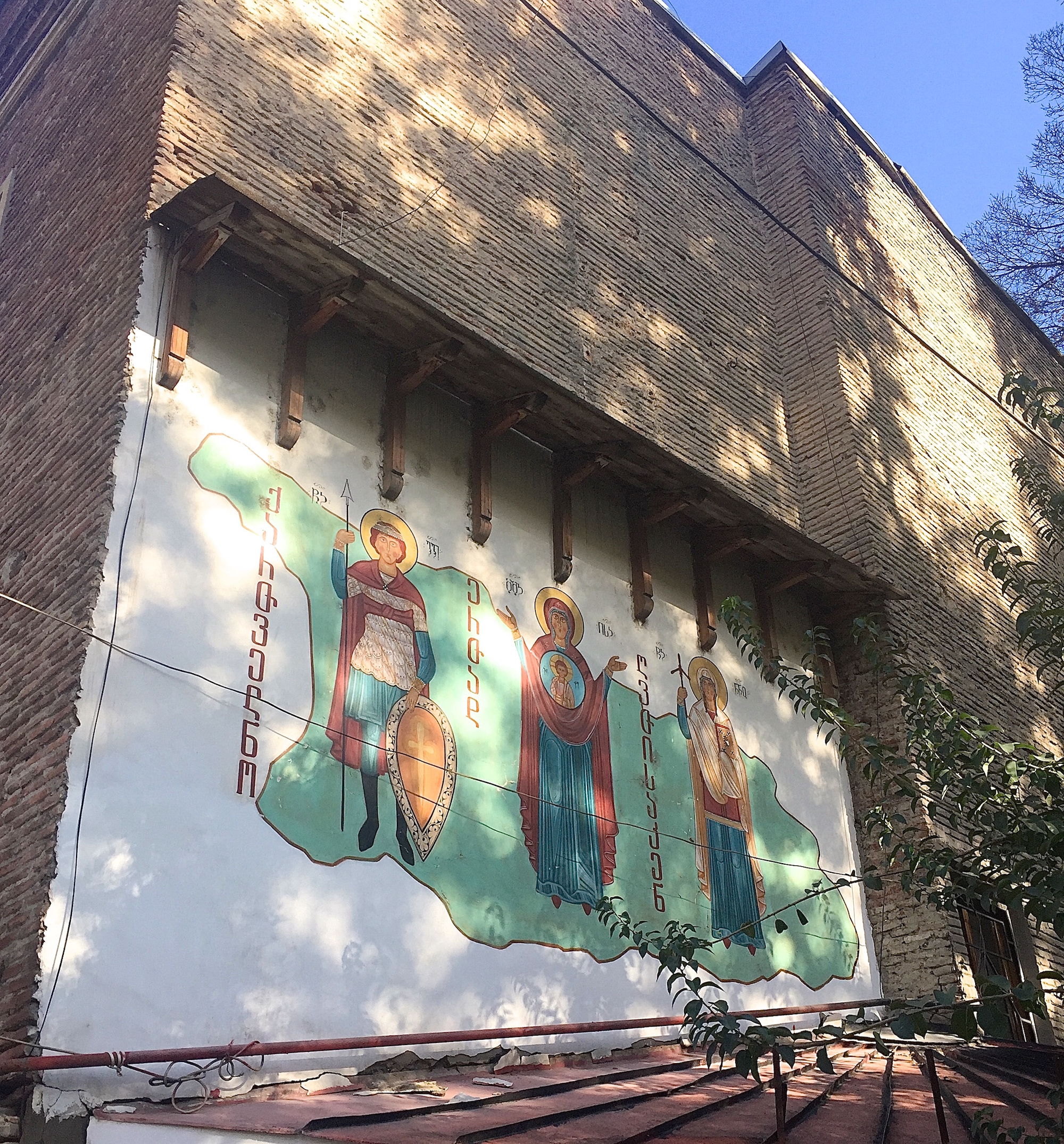 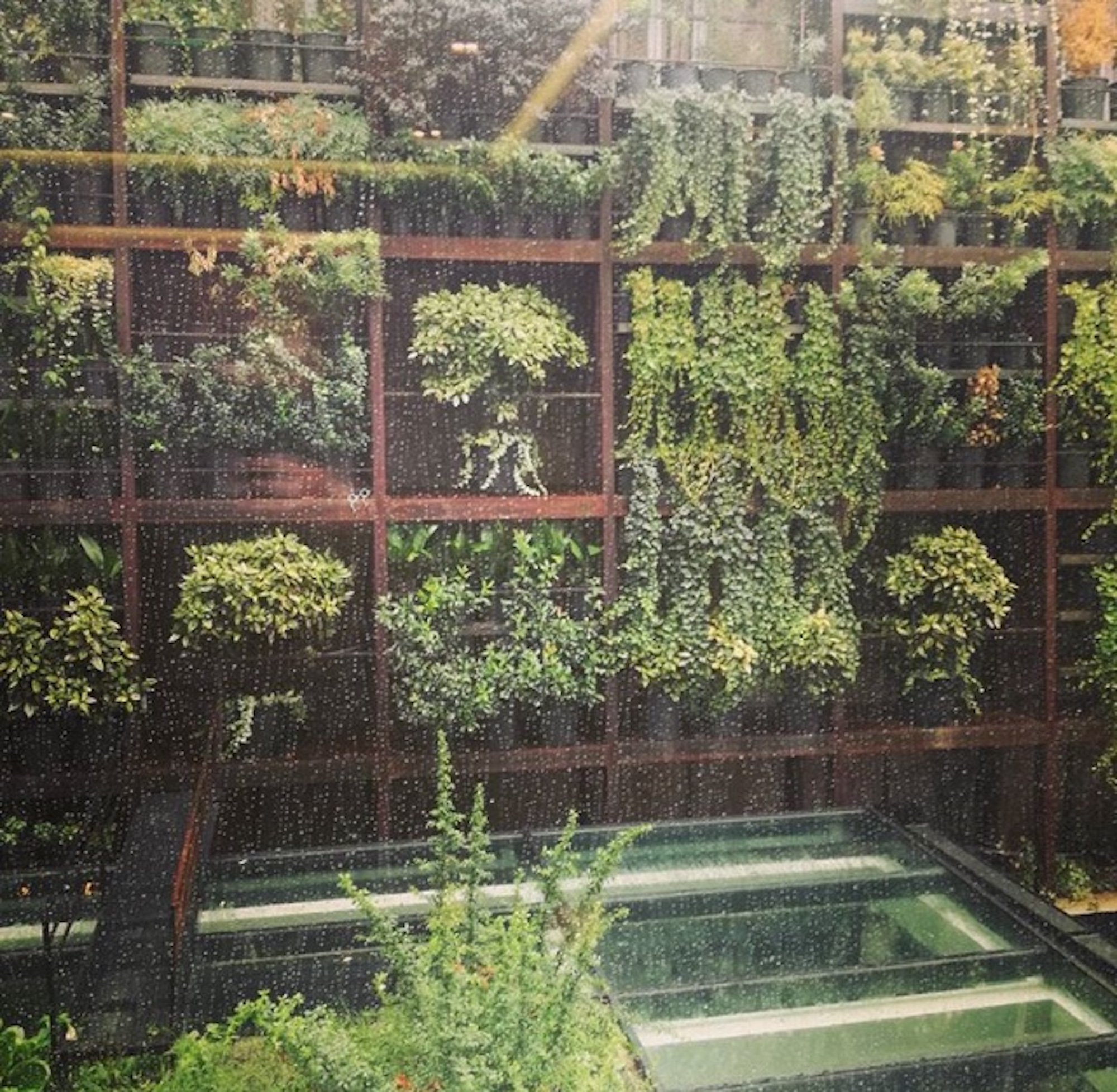 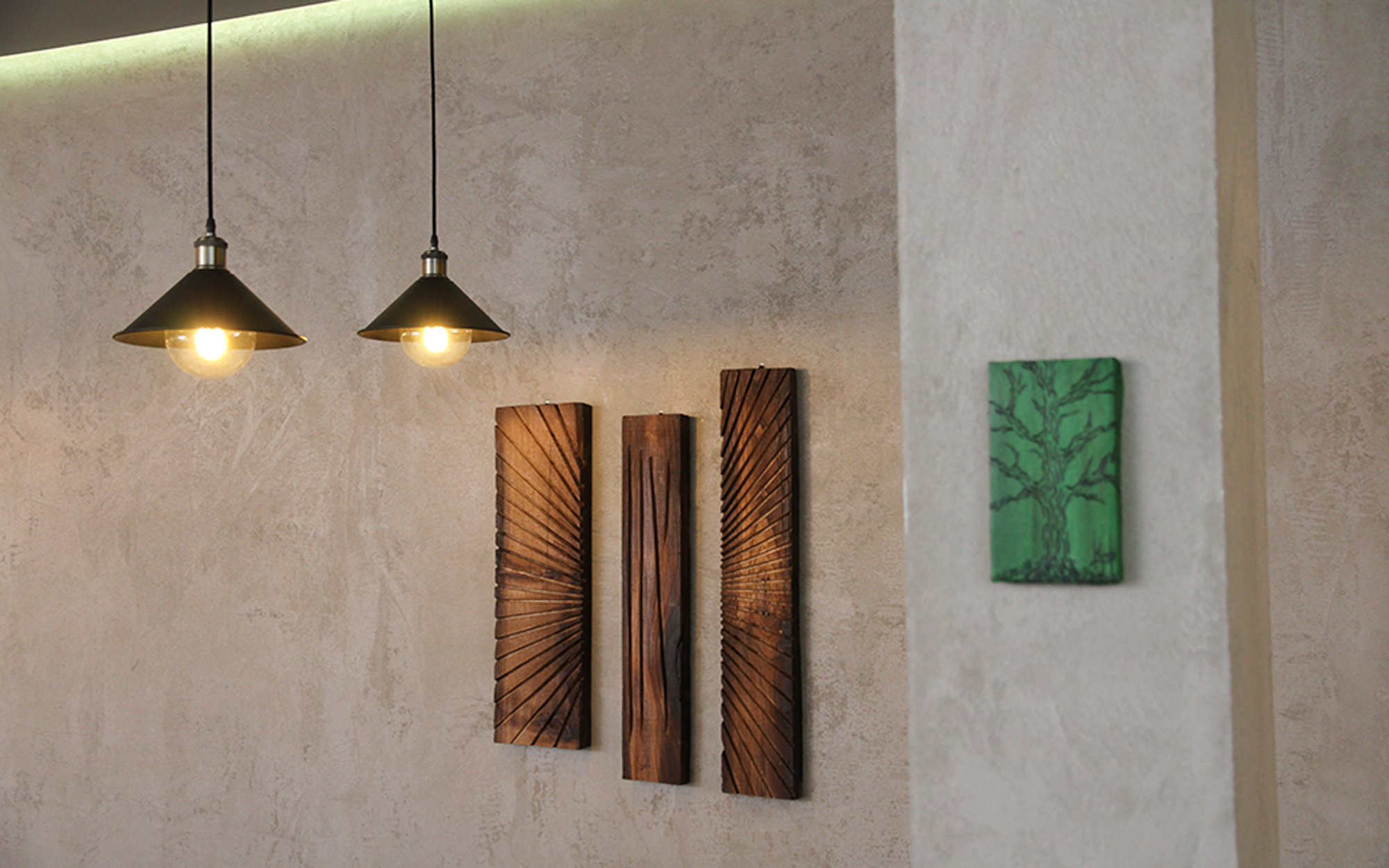 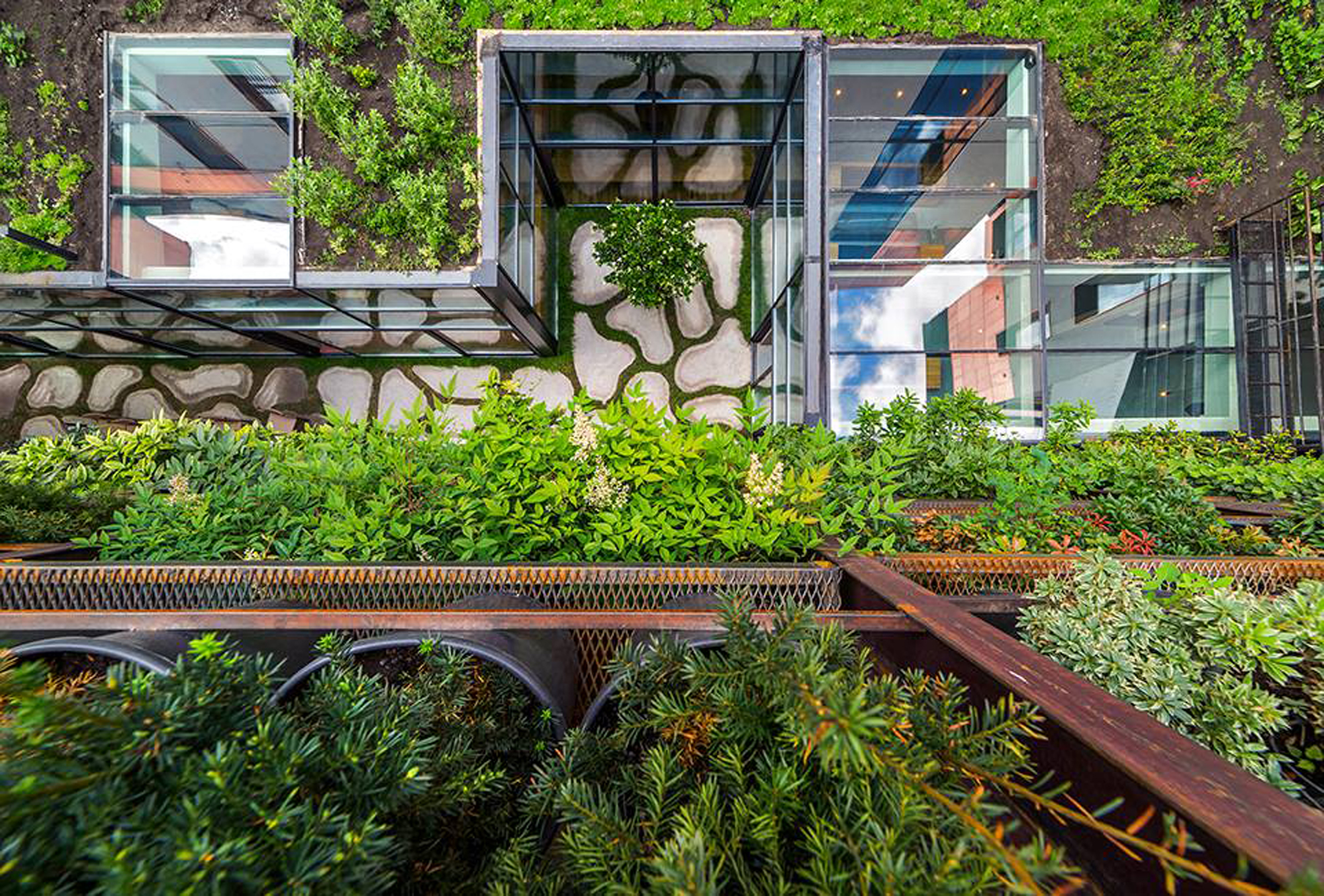 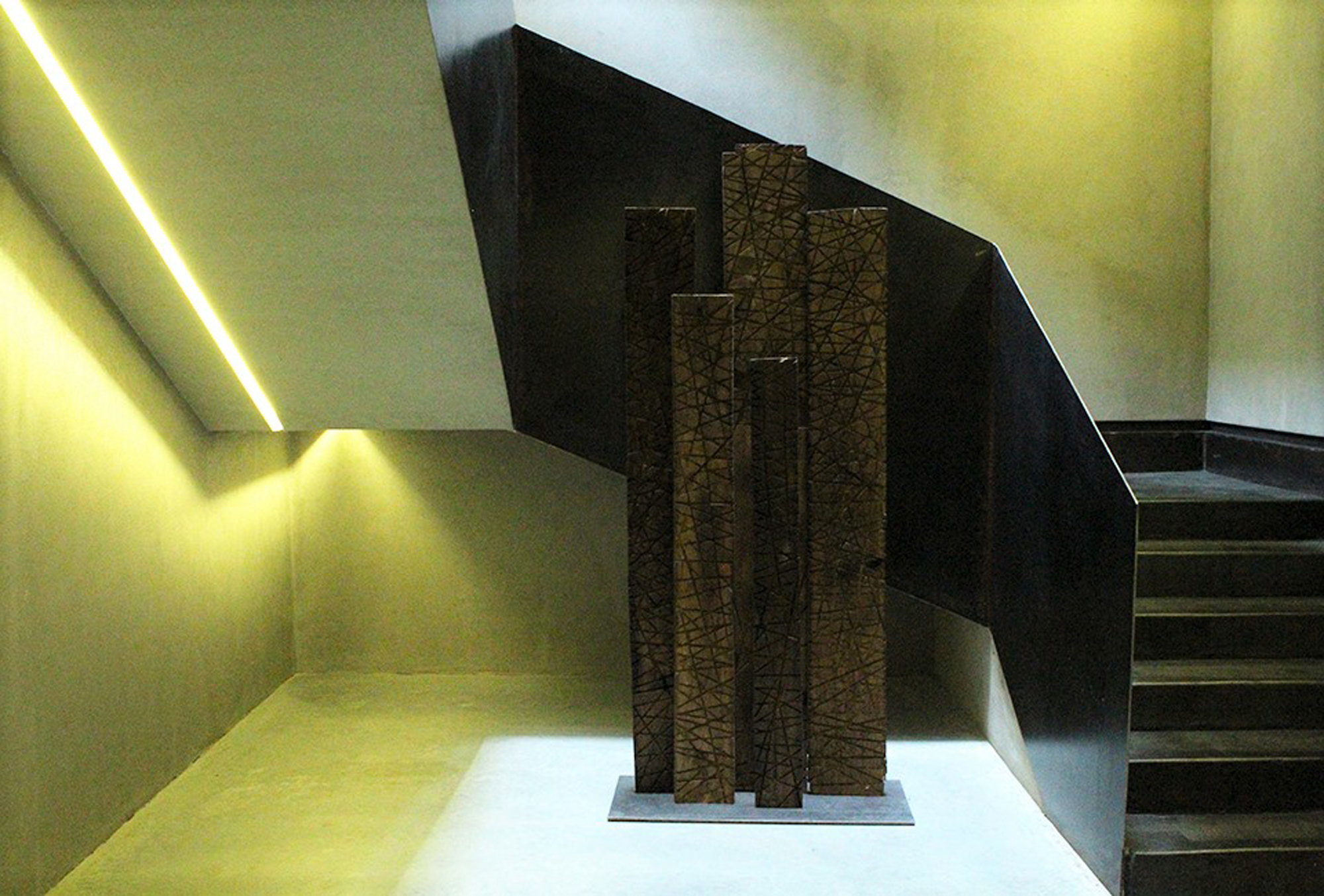 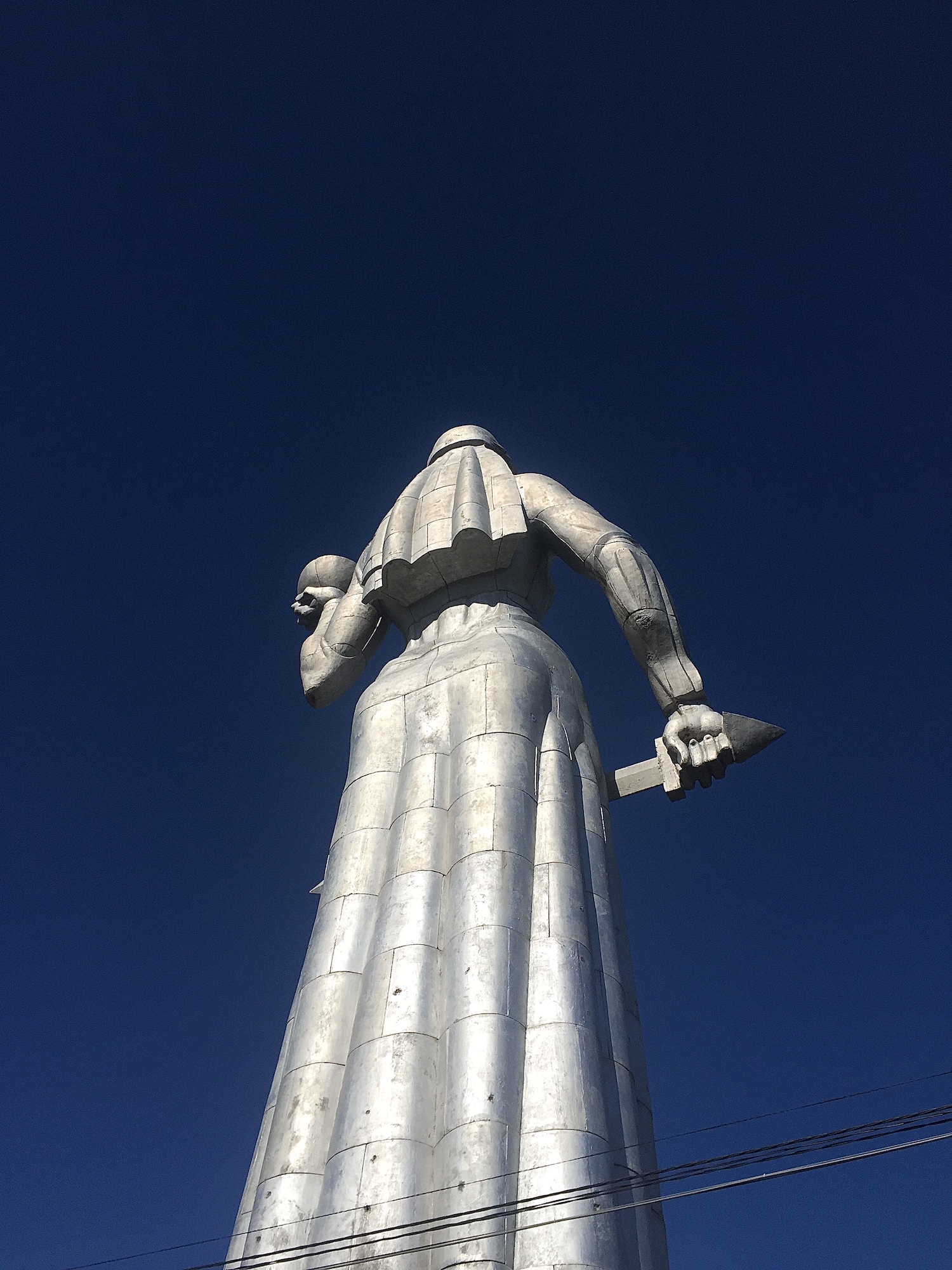