Ghosts are luminous reminiscences of a traceable energy left over time in space. A more sensible trace than vapour thermochromy can’t catch. Under the trance of the rythm played in the area a sinuous presence denoted its stance, a vacuum to be culminated in visual, tactile representation.

The phantoms of JULIUS_7 break in their sure pace on a minimal techno music, scanning the precise clean and sharp beat as Tatsuro Horikawa lines. The whitened brow make them as one with the surrounding space, on which they distinguish for the sold black of the garments they wear, occasionally altered by bone white shades. In the accelerating rhythm of the fluctuating drapes broken by necks harshly sculpted in the treated skins, zips open up on the garments defining a game of irregular proportions. Hints taken from military uniforms and technical wear are mixed to a rave aesthetic defining impactive solutions on spectator’s sight. The lines elude the sense of total creation lost for a means to and end. The technical dilution of shapes to an utilitarian side strains forward the magic of an intricate shaping of design, placing itself a step ahead of a future coherent design ideation and production on real needs. A fast ceremony of clothes seemed to emerge from the invisible heat of immaterial dusk and vapour, witnessing a new dimension; eluding the clean white of Galerie Aboucaya space.

Invaded by light, we live amongst the concrete walls of Detroit, we shake in the perfect decadence of a Berlin warehouse, then follow the long corridors of a club in Tokyo. Every sign of weariness is taken away under the exclusive models of KUBORAUM masks, released particularly for the show.

Ghosts materialised under the dull, repetitive techno, non-presences in a new becoming, lining up an unbreakable chain. 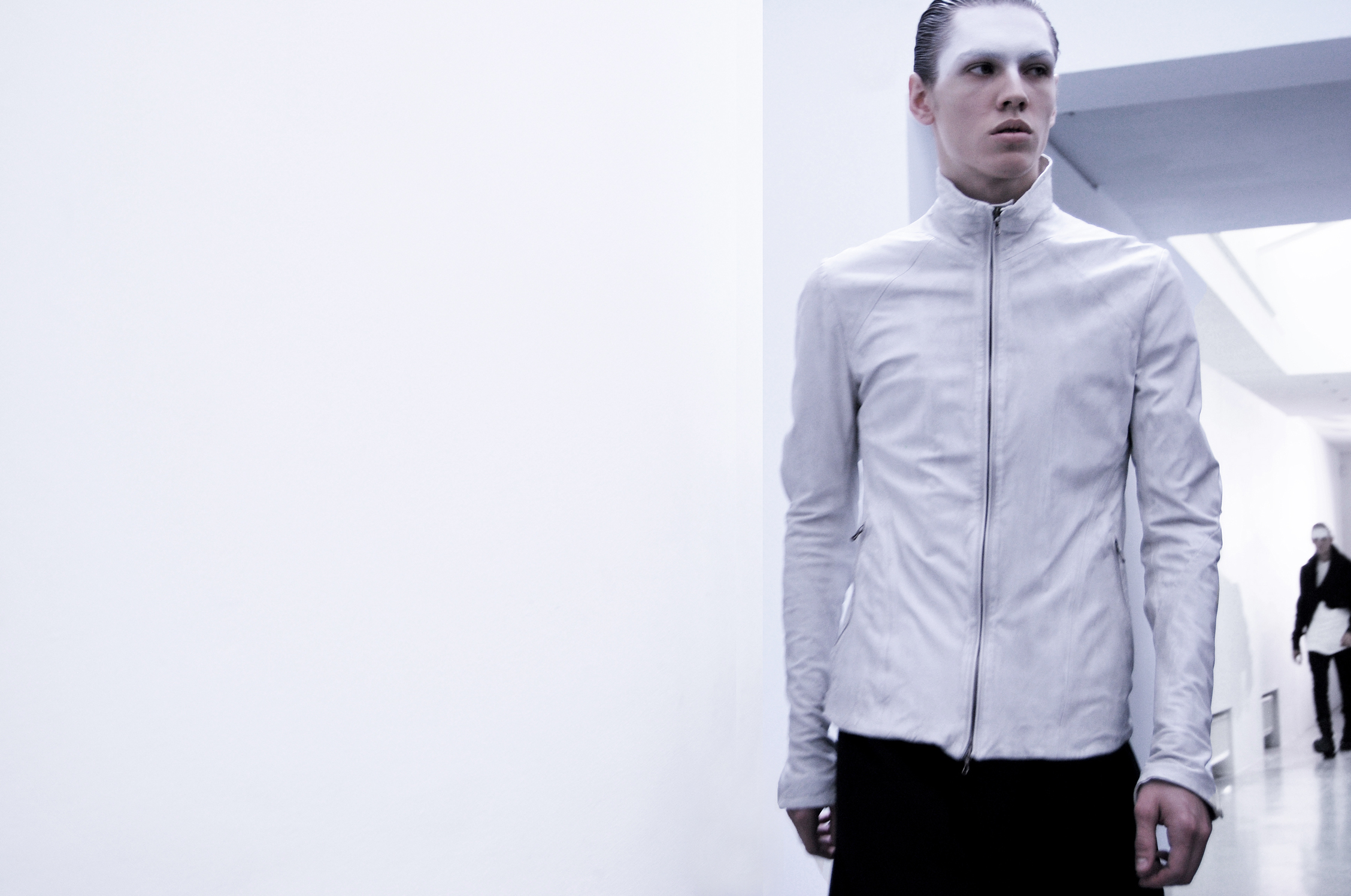 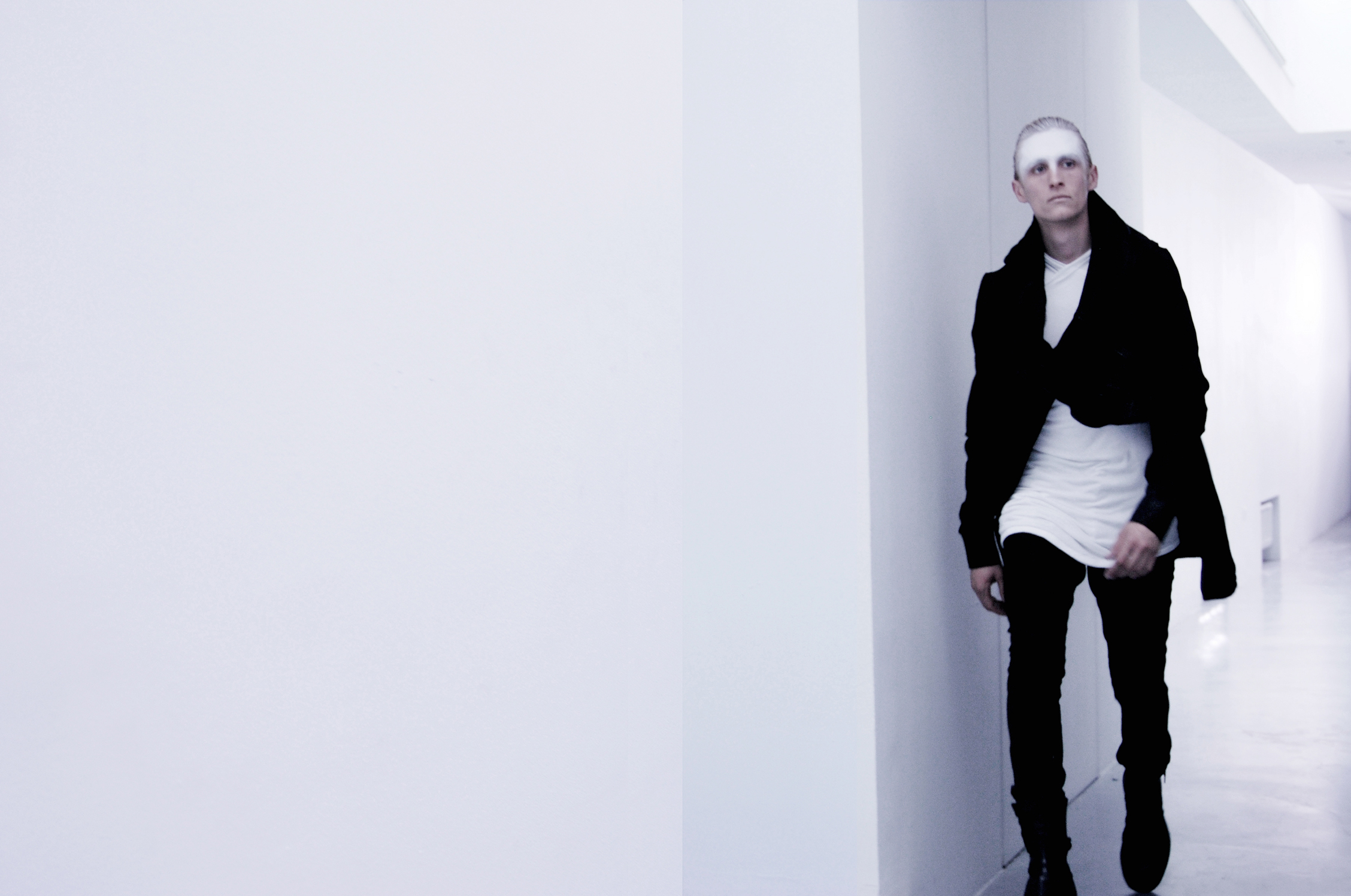 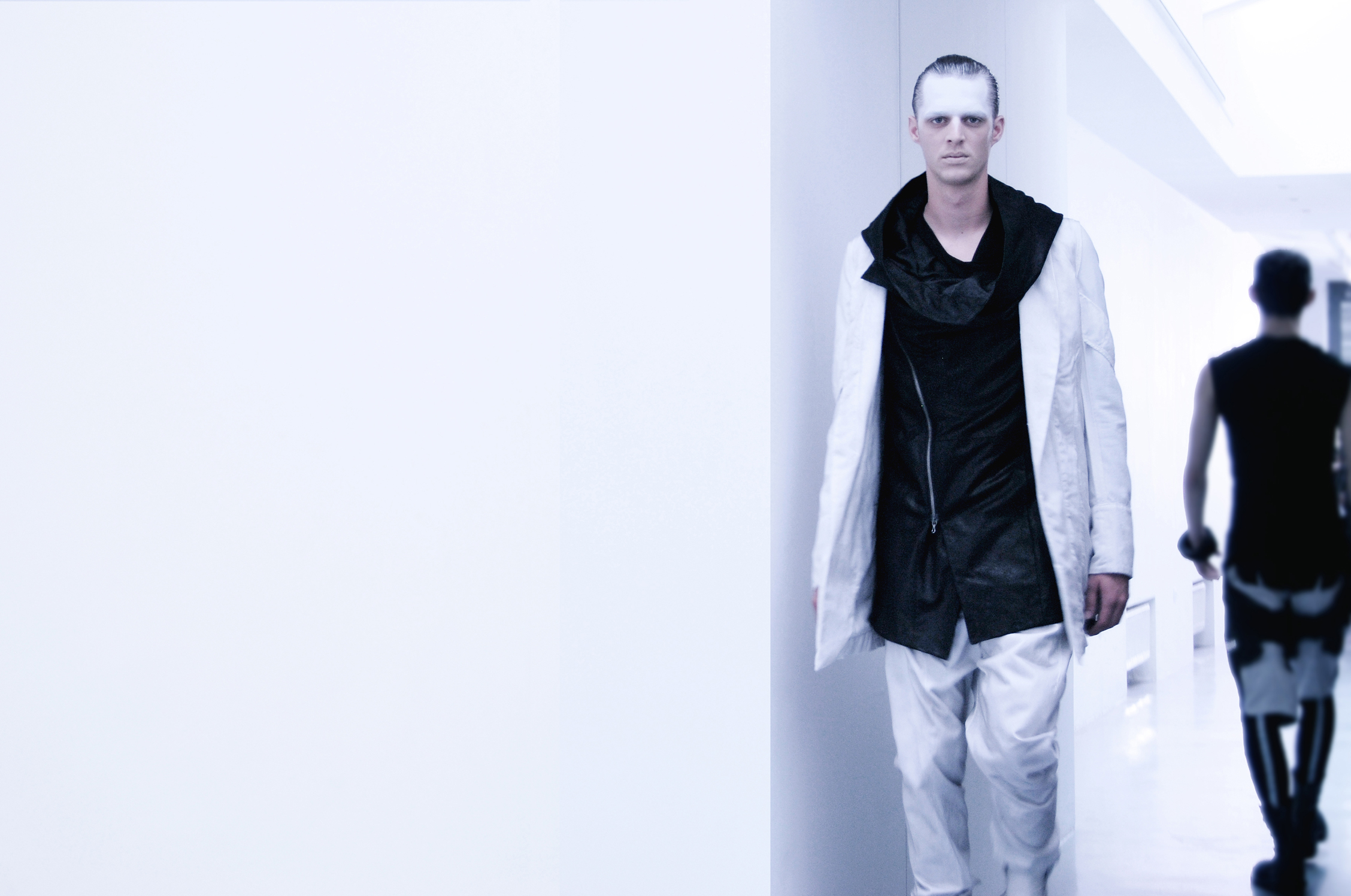 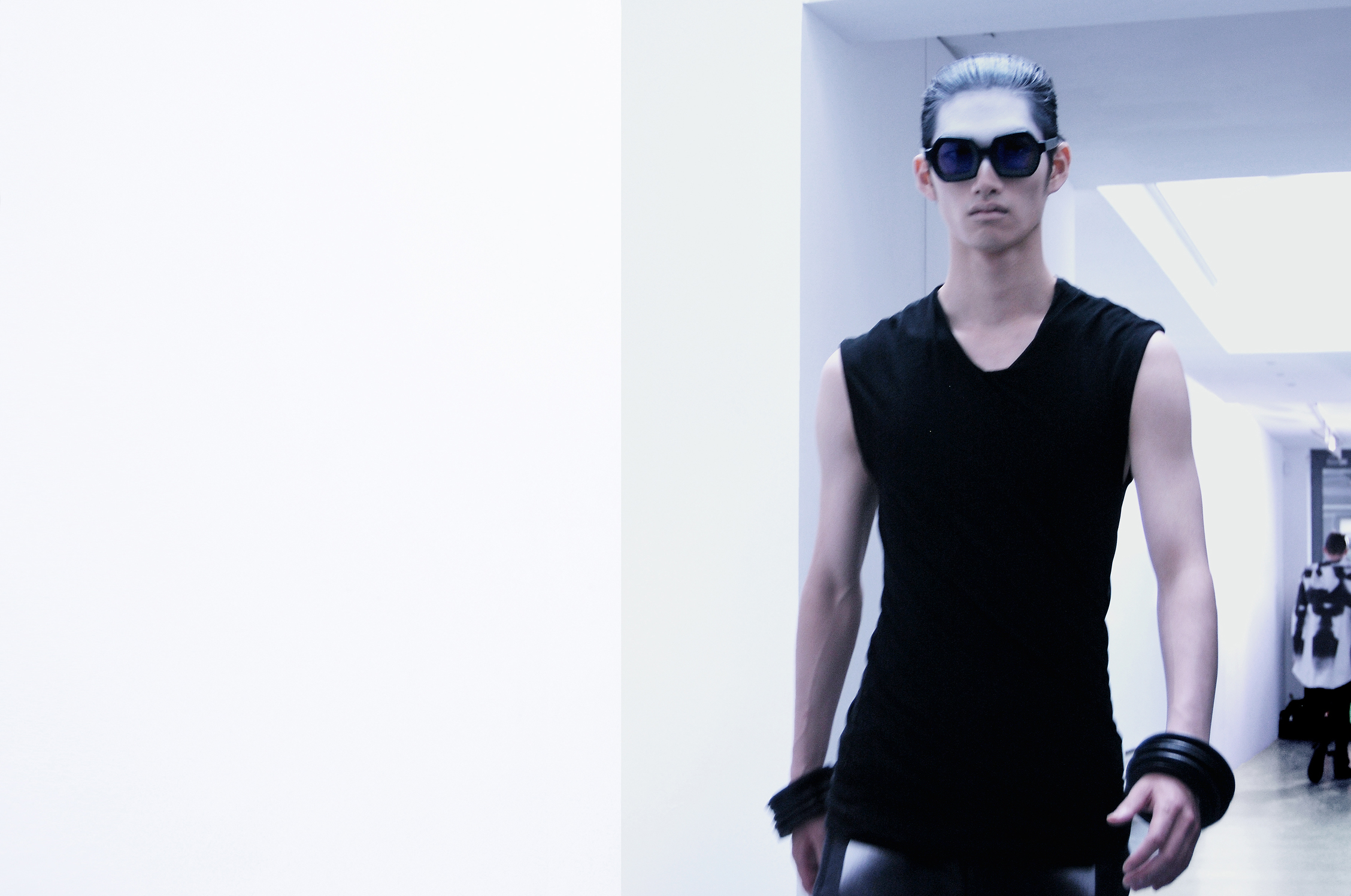 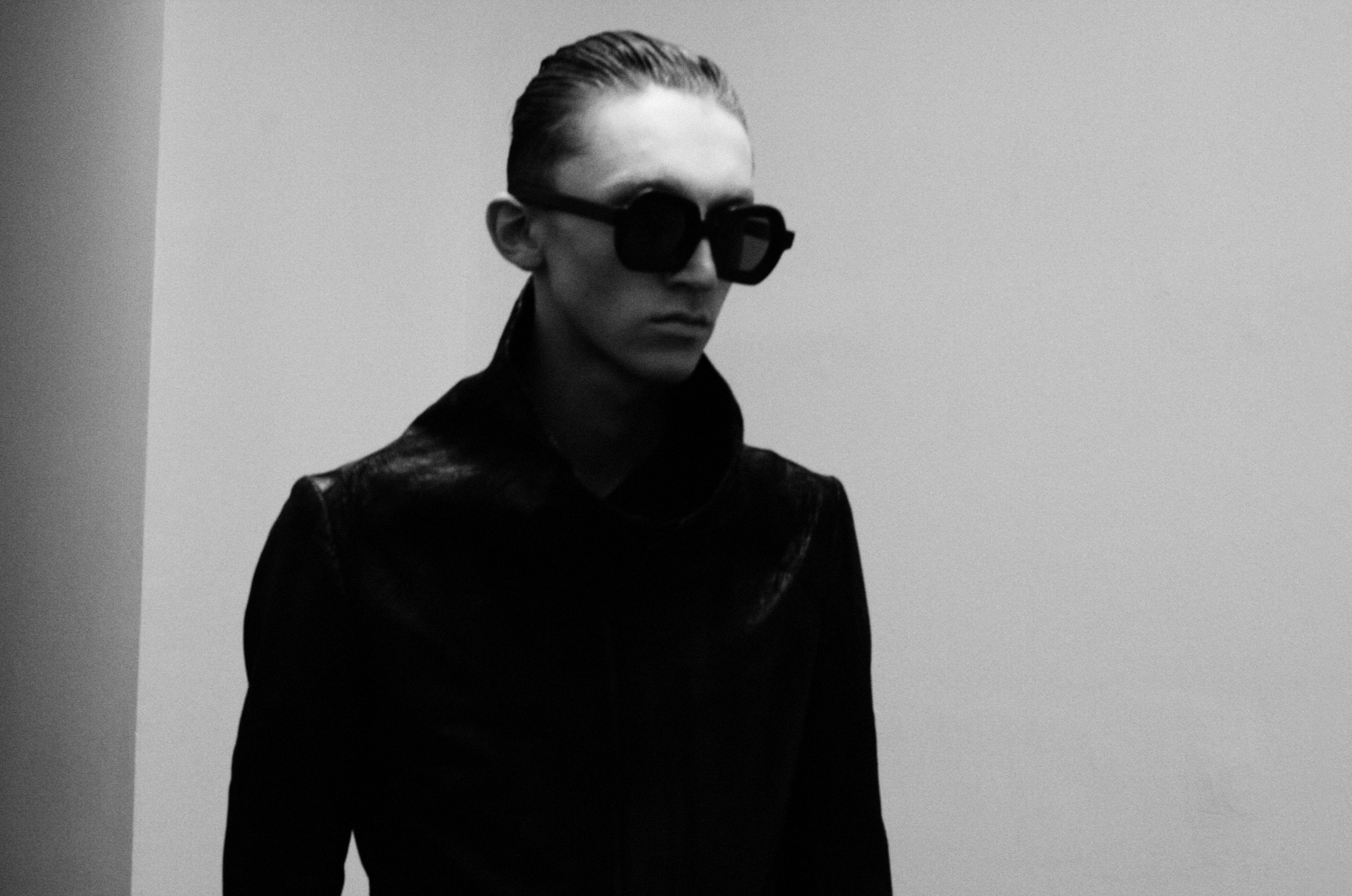 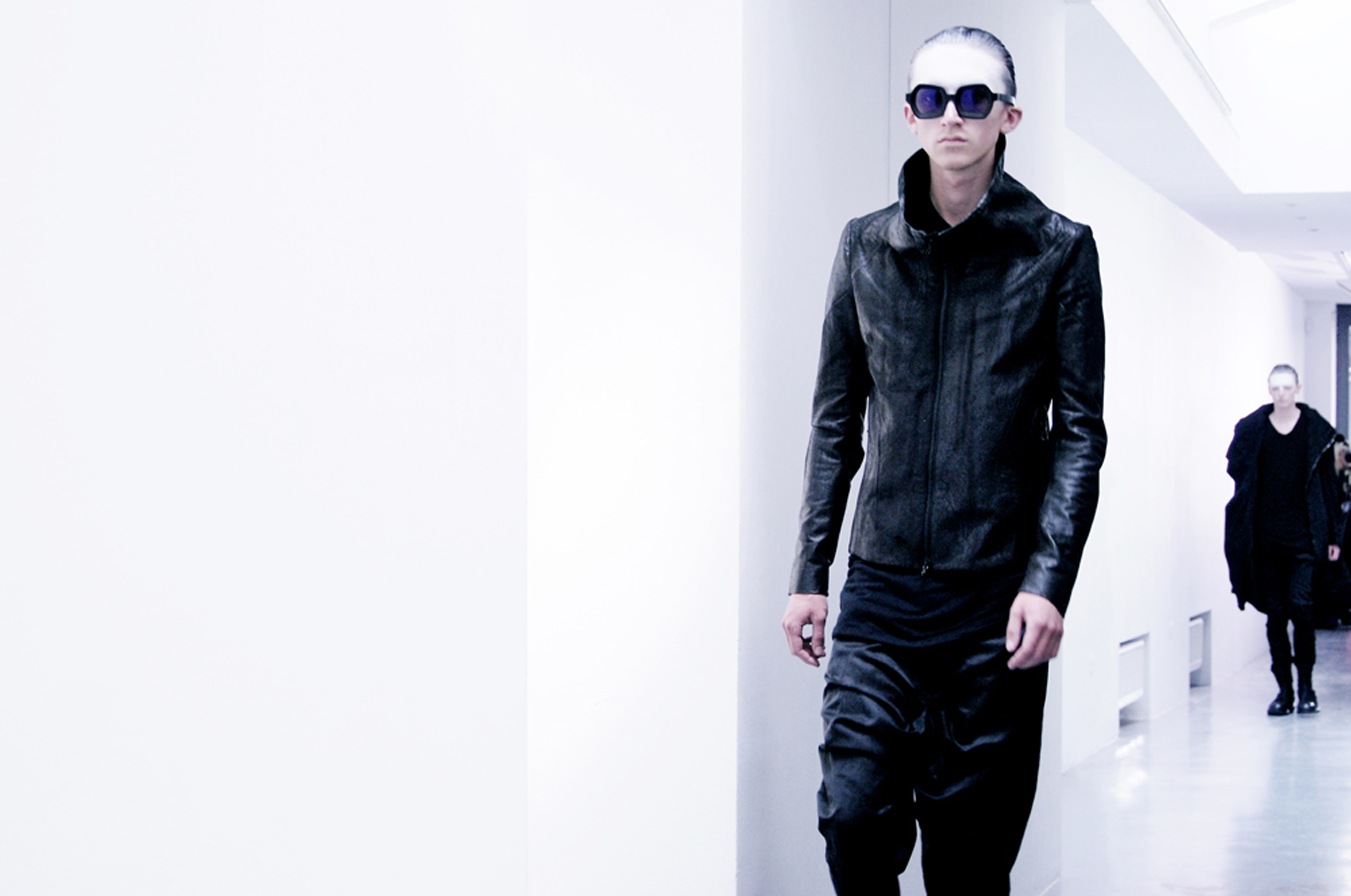 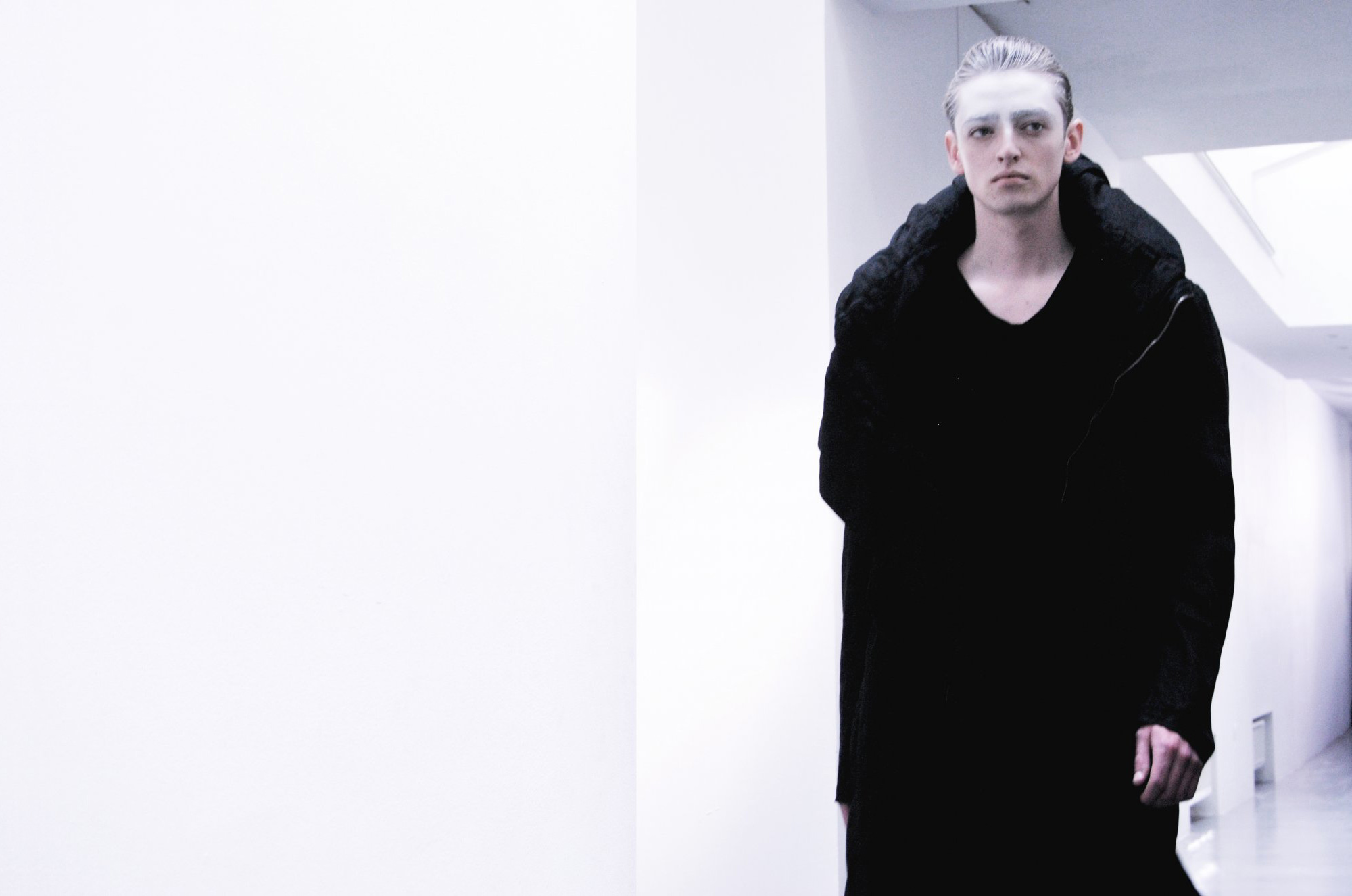