Spilled in darkness dense like water, grey screening walls like worsted wool tapestried the scant light of the Hotel Salomon de Rothshild’s hall, when the notes of the piano shut all the voices down, embracing with mysterious gravity the minds of the viewers, still enchanted from the endearing words of the poem “For N” disposed over every seat.

Dense of melancholic elegance, the creations of Nicolas Taralis perfectly embodied the delicate, moving passion of a Schubert symphony, accompanying the flowing movements of their light and fluid drapes, cascading in tiny streams. Wan creatures of shadow wearer pieces sartorially composed to perfection, that long spiral zips made adhere to thee bodies, despite their geometrically defined structure, at times firm, pleasantly suffocating. The circular movement which pinions in circumspection the limbs and the chests in almost flat shapes which result loose and honing at the same goes along with an inclemency for common sense, trespassing and revealing the intrinsically nonchalant, fearless purity. The dance in the air of the asymmetric, stratified silhouettes opened to the frenetic liberty of the drama, still regal and considered in its most suffering forms.

As an alchimiste, Nicolas equalised the main elements of every collection reaching an harmony incredibly mature, where form, colour and texture were narrated one in the eyes of the other in a reciprocal game of infinite reminds. The twin soul of the collection was reflected in the combination of materials of different composition and thickness, as hides and wools, utterly scanned by the combination of contrasting chromaticisms, wandering among shades of blue, deepening in indigo and mauve. The sight thirsty of light chased the glares of the precious sculptural jewellery chiseled and pointed , fruit of the sublime art of Nora Renaud. Their aesthetic suggested an halfway between a tribal divinity, a russian icon, and a futuristic Brunilde, making furtherly shine the majesty of the iridescent cloaks, on which Taralis seemed to have embroidered a nocturne sky.

The last note resonate in the ears before everything founders in the indistinct black. Appearances are streaming, pouring out, and the one is finally reached by the two pieces of the same drop, in a feeling gap. The woman of Taralis may not know her origins, where she is heading to, but she induce her essence in the sophisticated and genuine purity of the unforeseen, gracefully wondering through the unavoidable pelagic chasm of mankind. 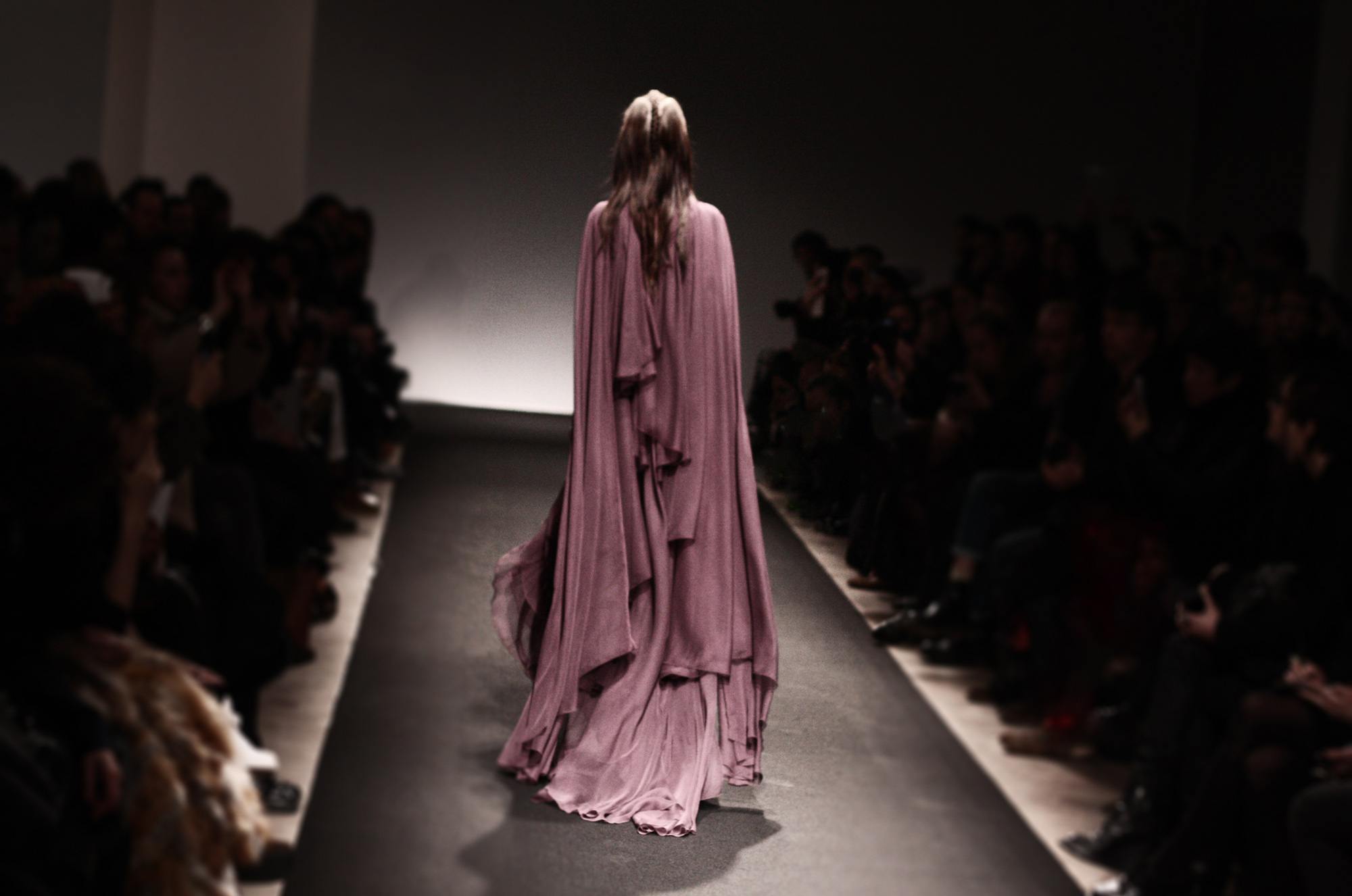 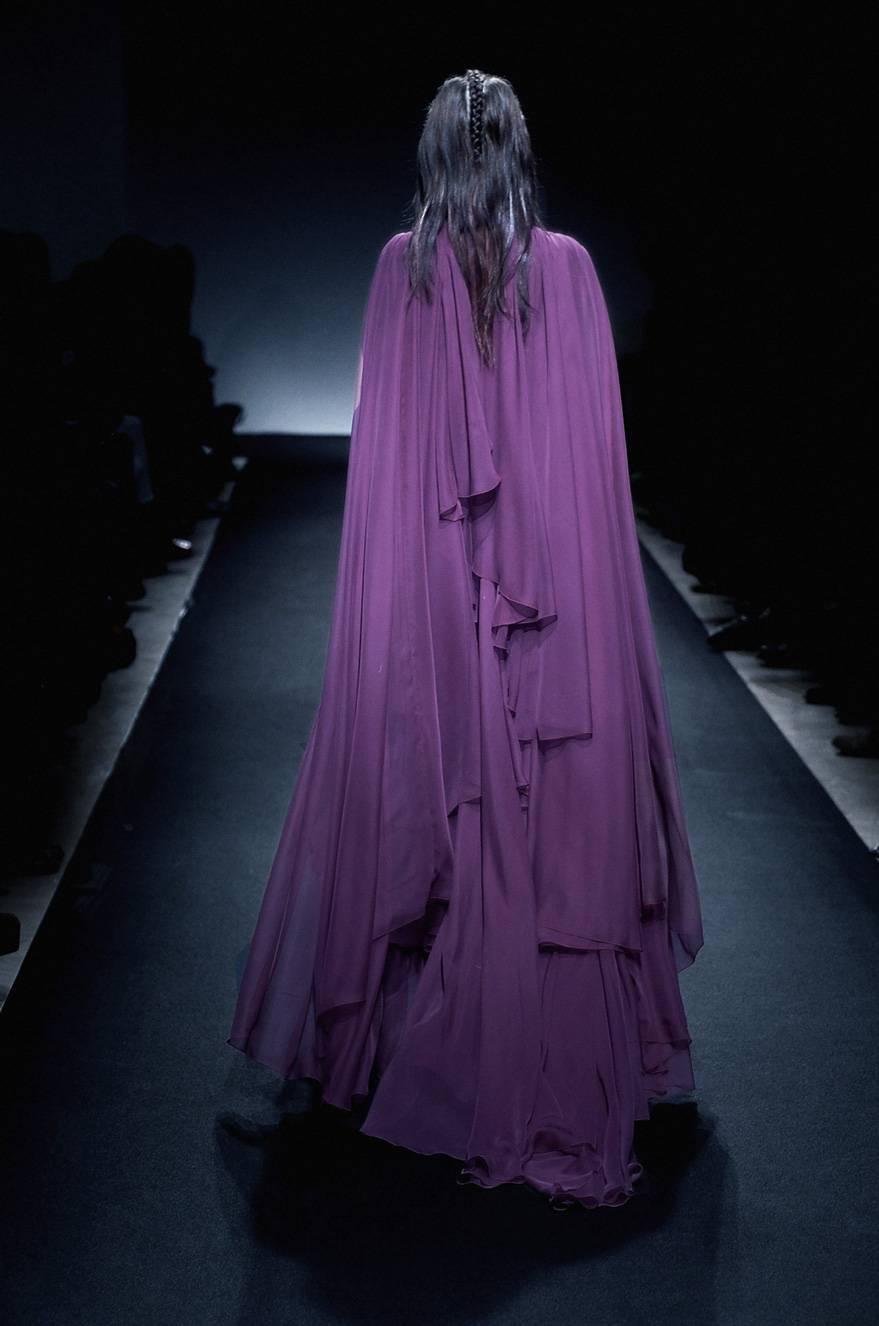