In the age of mechanical reproduction, only a thin border divides the concrete reality from the digital dimension.

Nicolas Andreas Taralis meditates on the immaterial transformation of what is material through a visual performance realised in collaboration with the Japanese director Mote Sinabel Aoki presenting his Spring / Summer 2014 collection. Within a spacious and deeply dark room, two models smoothly appeared and disappeared under the astonished eyes of a murmuring public by crossing six huge screens hanging from the wall. The echo of the models’ rhythmic steps along with the noise of a sort of slow breathing lung enunciated the loop of human bodies engaged in a never-ending march across the bare emptiness of an infinite non-place. The garments standed out against the immaculate background floating as austere elongated graphic shadows in perpetual movement, showcasing the reversable design of a collection rooted in the masculine tailoring and military aesthetic, which gracefully evolves, pleasing to women’sophisticated needs, while remaining faithful to Nicolas’ extremely precise proportions. The dematerialization of the pieces can be interpreted as an escamotage to enhance the tactile appeal of the clothing itself, offering a glimpse into the poetic and artistic atmosphere in which the collection has been developed that awakes in the spectators the desire of an actual contact with the garments, to appreciate their rich detailing and carefully studied pattern.

Everything captured through the lens of a camera is crystallized in time, becoming a controlled set of pixels easily handled to achieve an ideal form of appearance. 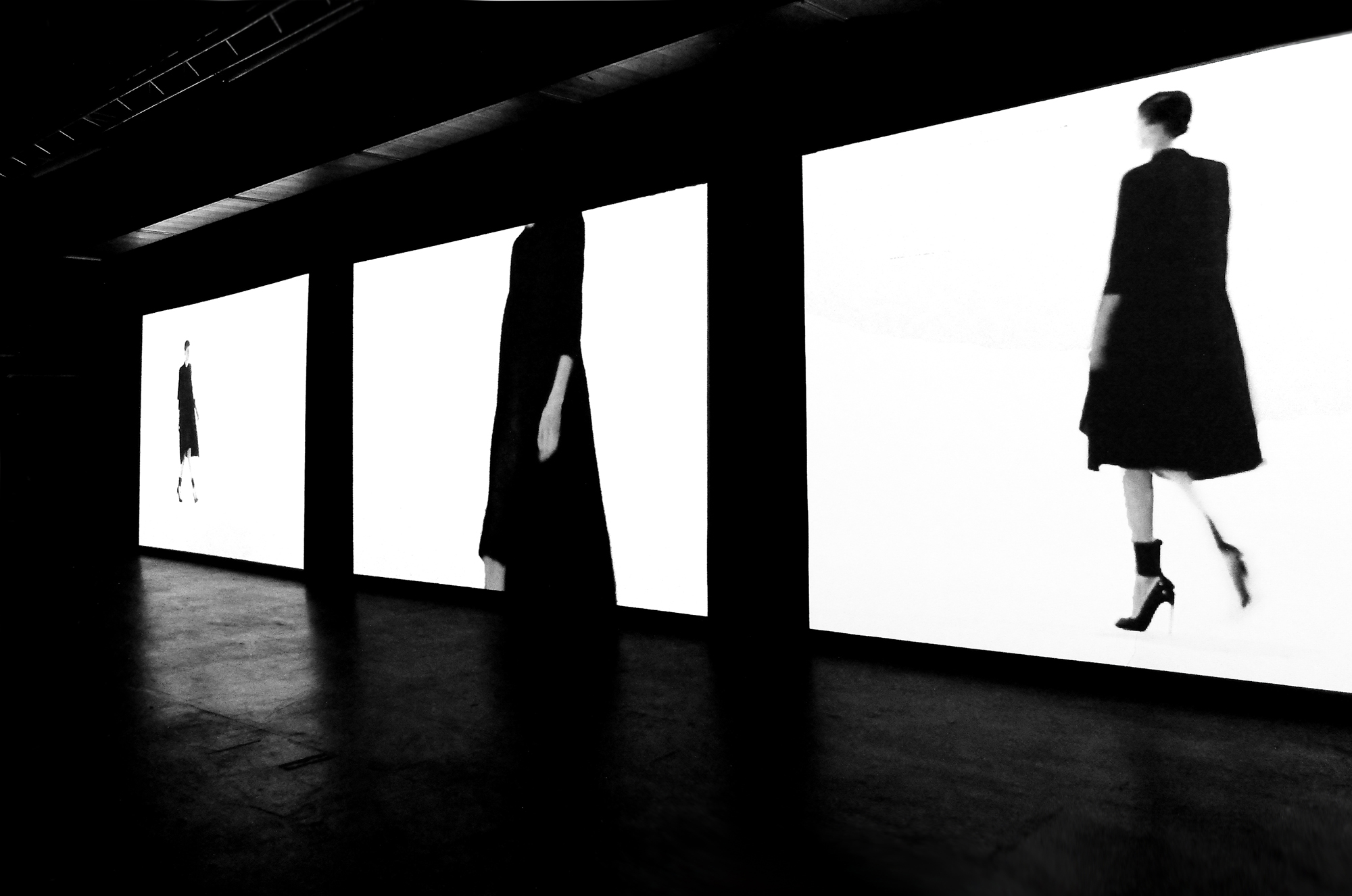 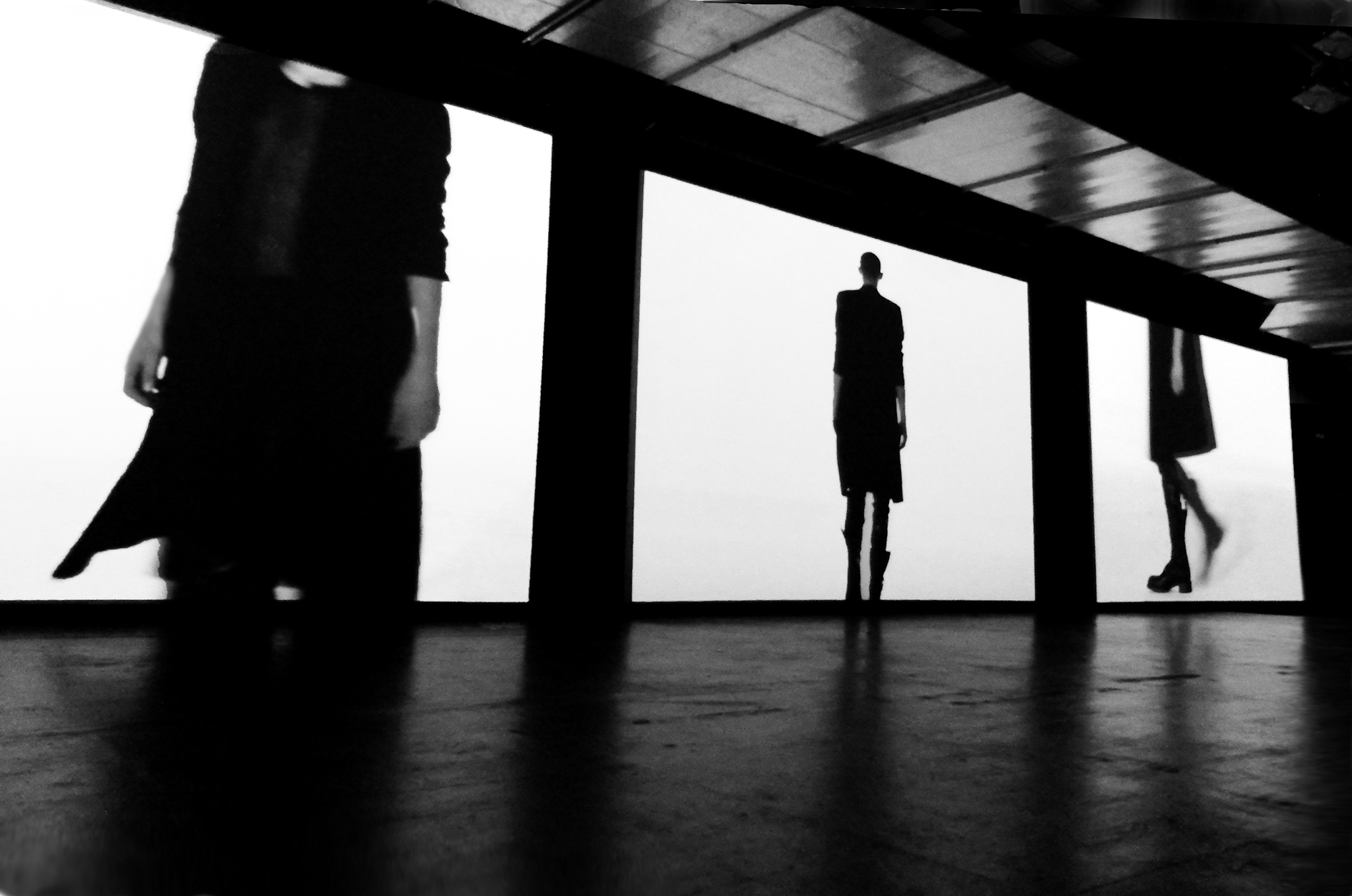