Suspended in the whiteness of the room, the ghostly silhouettes of Masahiko Maruyama’s creations swayed on the invisible lines, hanged to columns like thin spider nets. The traditional simplicity of nude’s designs was sublimated by the incredibly fine materials, carefully chosen and worked to produce high quality and functional garments. As in the previous collections, each element had its completely independent existence, which opens to the taste of the wearer who can seamlessly combine each piece together, creating his own relationships between clothes. The rough and essential poetics imbued natural yarns and finely crafted leathers, developed in a wide selection of pieces going from accessories and shoes to garments. In the bareness of shapes, the meticulous attention to detail immediately catched our eye, impressed by the extremely precise stitching and finishing. Despite the apparently unisex appeal of clothes, Masahiko explained us that every piece has been redesigned and recreated on woman’s body, so they are not just a smaller version of menswear, but the resut of a proper experimentation with feminine wardrobe. We saw it in person, wearing some of the beautiful jackets with a soft, worn-in quality, which enhance the upper torso.

The chromatic equilibrium between the garments and the minimalistic space, was broken by the pieces made in collaboration with Pr-y and the artists of Atelier Corners. The burst of bright red upont the whirling graphics were meant to express the concept of “Art Brut”, advocated in 1940 by the French artist Jean Dubuffet, which is the focus of Pr-y’s artistic researching and promotig operation since 2011. The raw, intense, and deeply subjective charater of this artistic production perfectly echoes Maruyama’s creations, which silently rise against the common rules of seasonal fashion, looking at the immortal charm of timelessness. 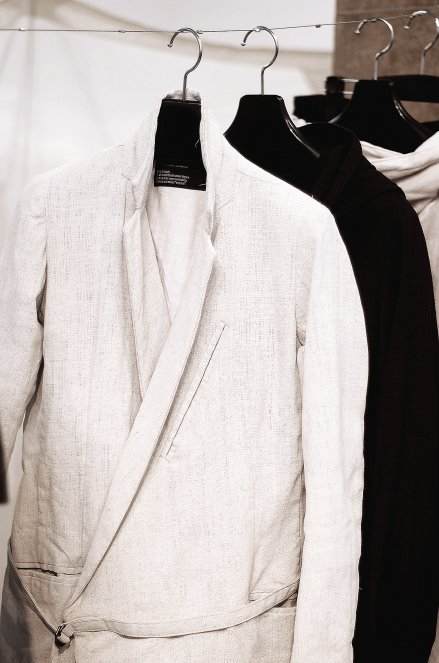 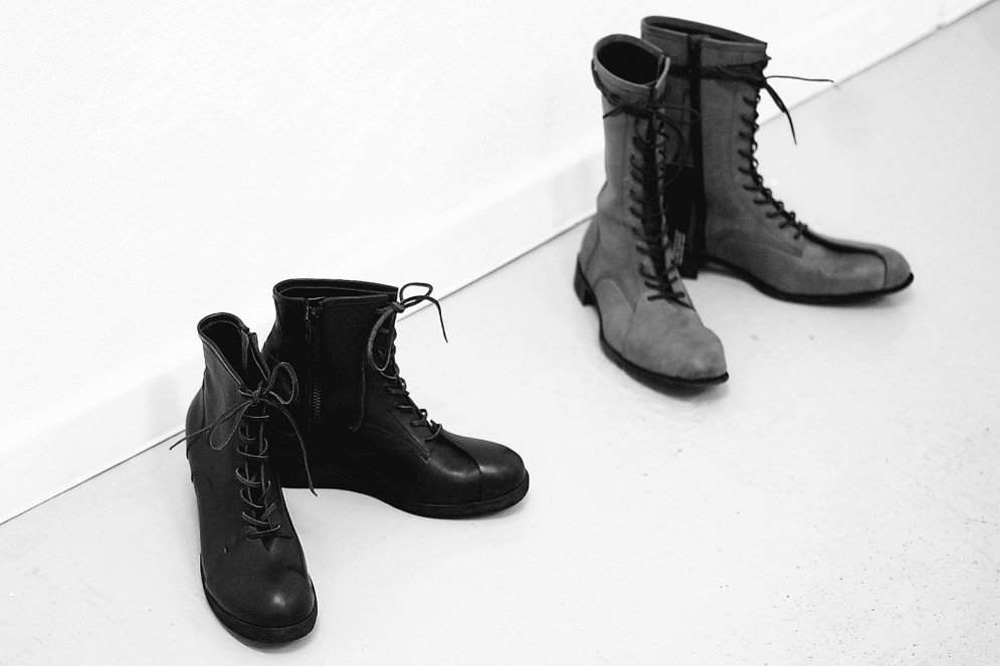 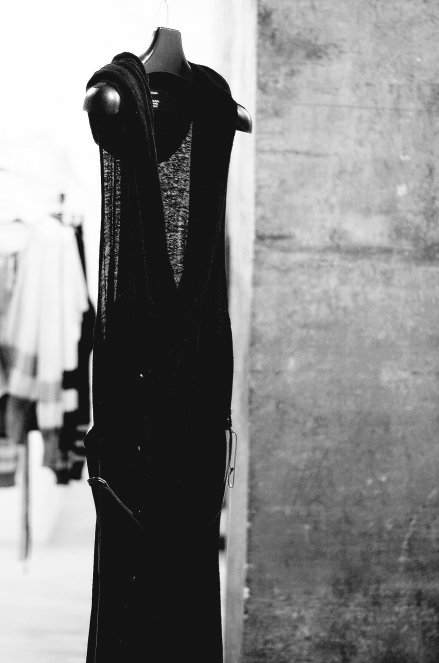 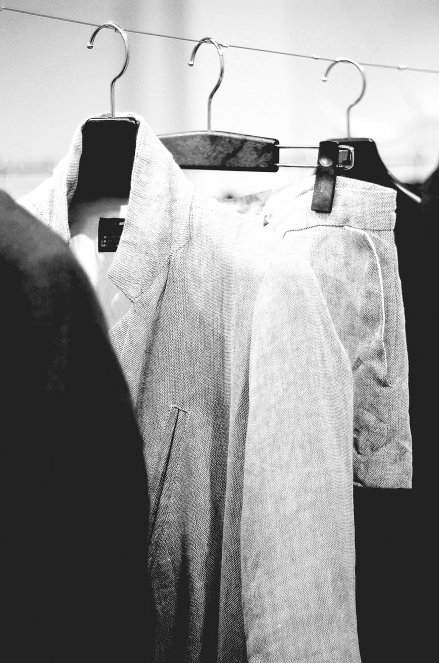