Friedrich Nietzsche said Richard Wagner’s music leads to sickness. She is a voracious sea, in which the waves and tumults of human passions echoes forever. To the sailor, devoided of any handhold or security, the only possibility drawing its future is drowning in surges, foundering to the sour sweetness of the dissonant harmony of notes.

When the first sounds of the Wesendonck Lieder trembled in the dark pervading the nude hall of the Palais Omnisports Bercy, we suddenly understood that Rick Owens’ show was set to magnificence, surfacing her most delicate and romantic folds in a consuming poem of elegant, architectonic silhouettes. One after the other, the figures of the solemn procession surfaced the thick wall of haze, fighting against the imperious wind upsetting their soft hair, turning their faces into horsehair masks. The momentous cascade of light rendered from the metallic projectors refracted on the fabrics variably combined, that fragmented the rays is opaque glares, similar to sharp blades. In this fight of elements, the impalpable haloes circled the volumes of the garments, sons of a Japanese suggestion combined with Owens’ statuary majesty. Circling the chaste decorations, they effused a subtle femininity on the skin of jade of those daughters of secession, set to dim the traditional brutalism, solid and monochromatic. The thick twine of laces and seams lasciviously insinuated daring desires in the probing sights, avid of comprehension towards the essence of those pure constructions, evacuating from rigour and an undisclosed sensuality.

Embraced in the protective armour of sharp forms and definite cuts, a new sensibility emerges pale and unreachable, last dreaming vision in the eyes of the drowning, reviving for the only time the cruel completion of life, a present escaping. 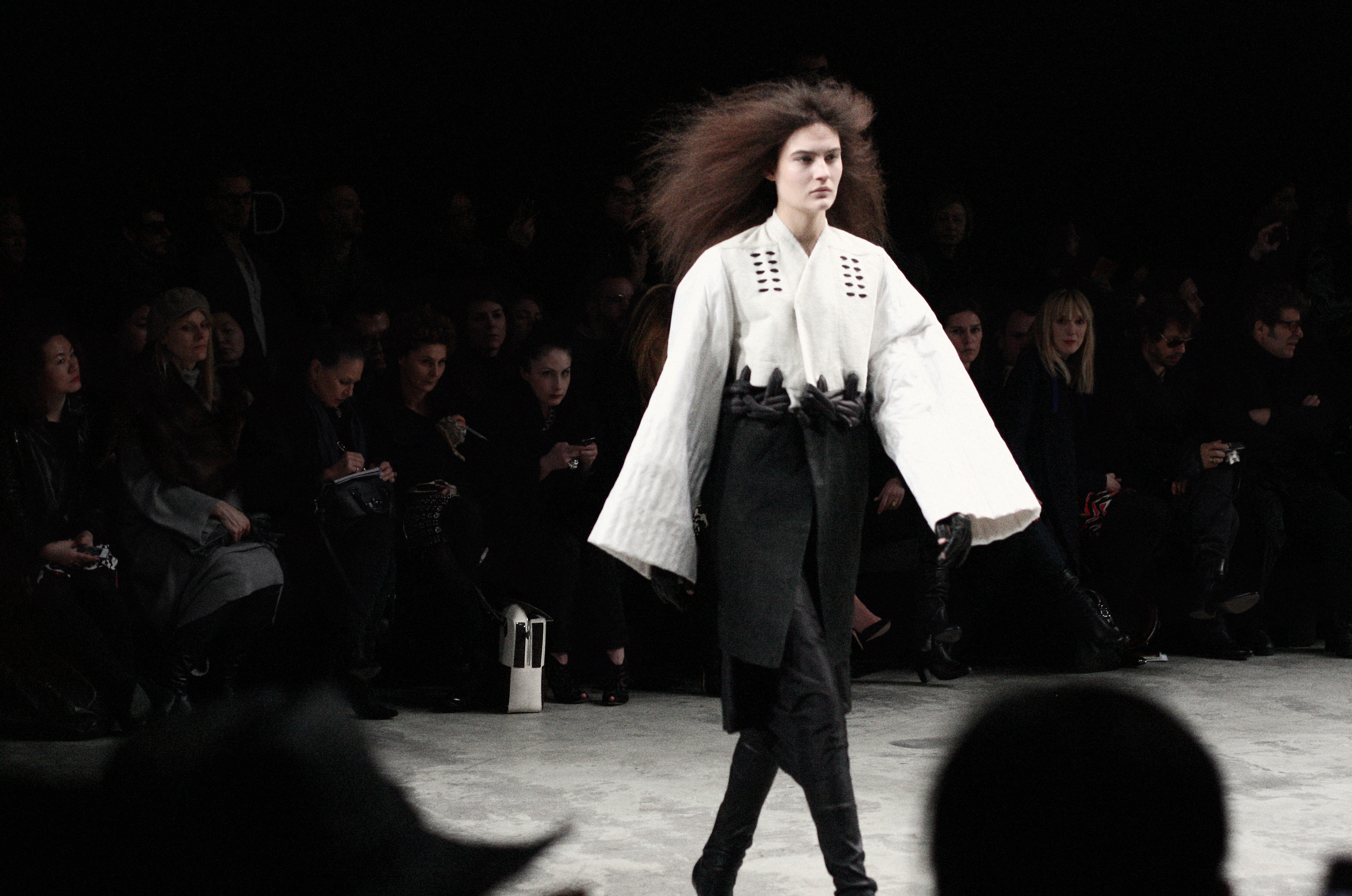 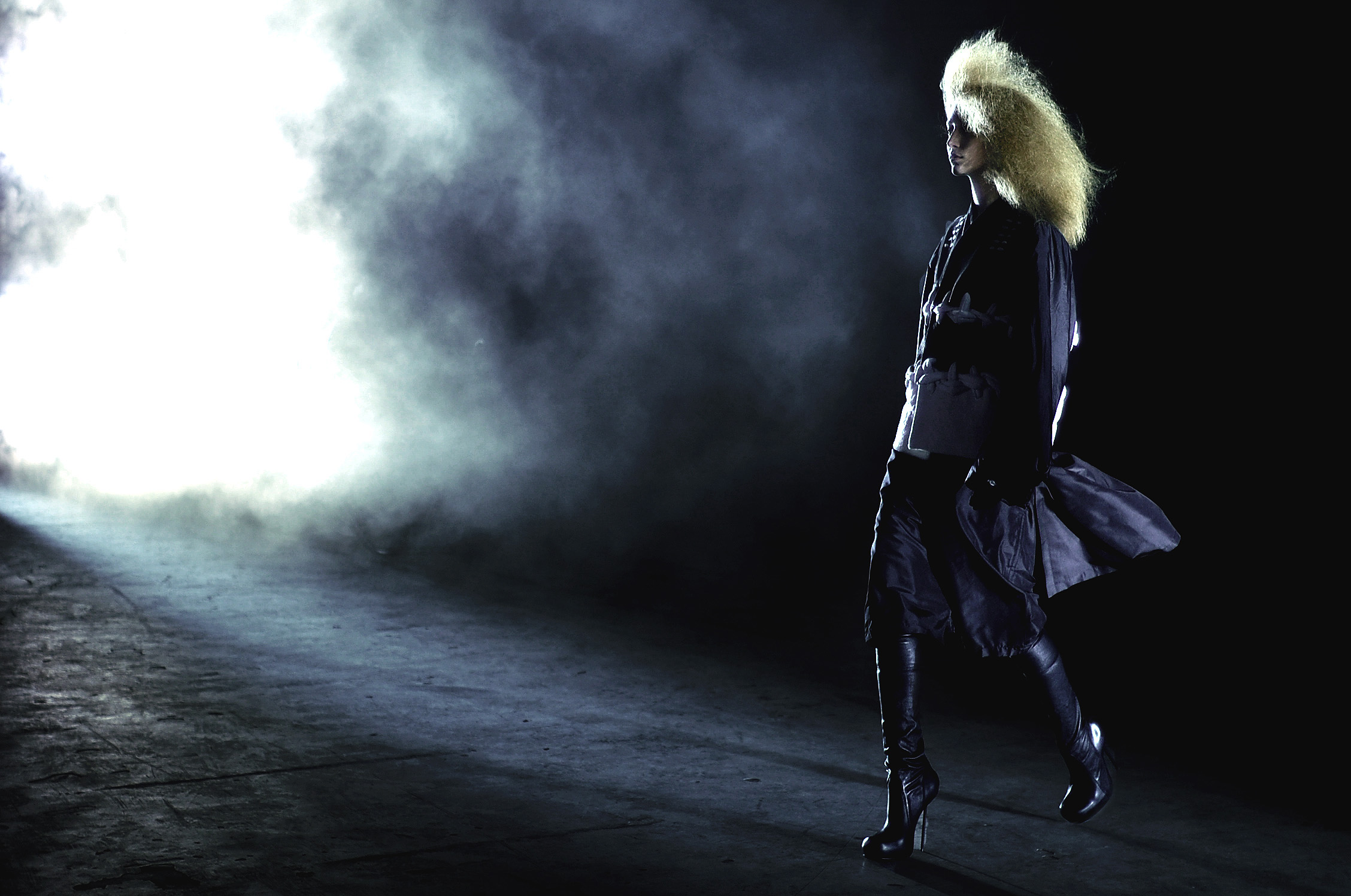 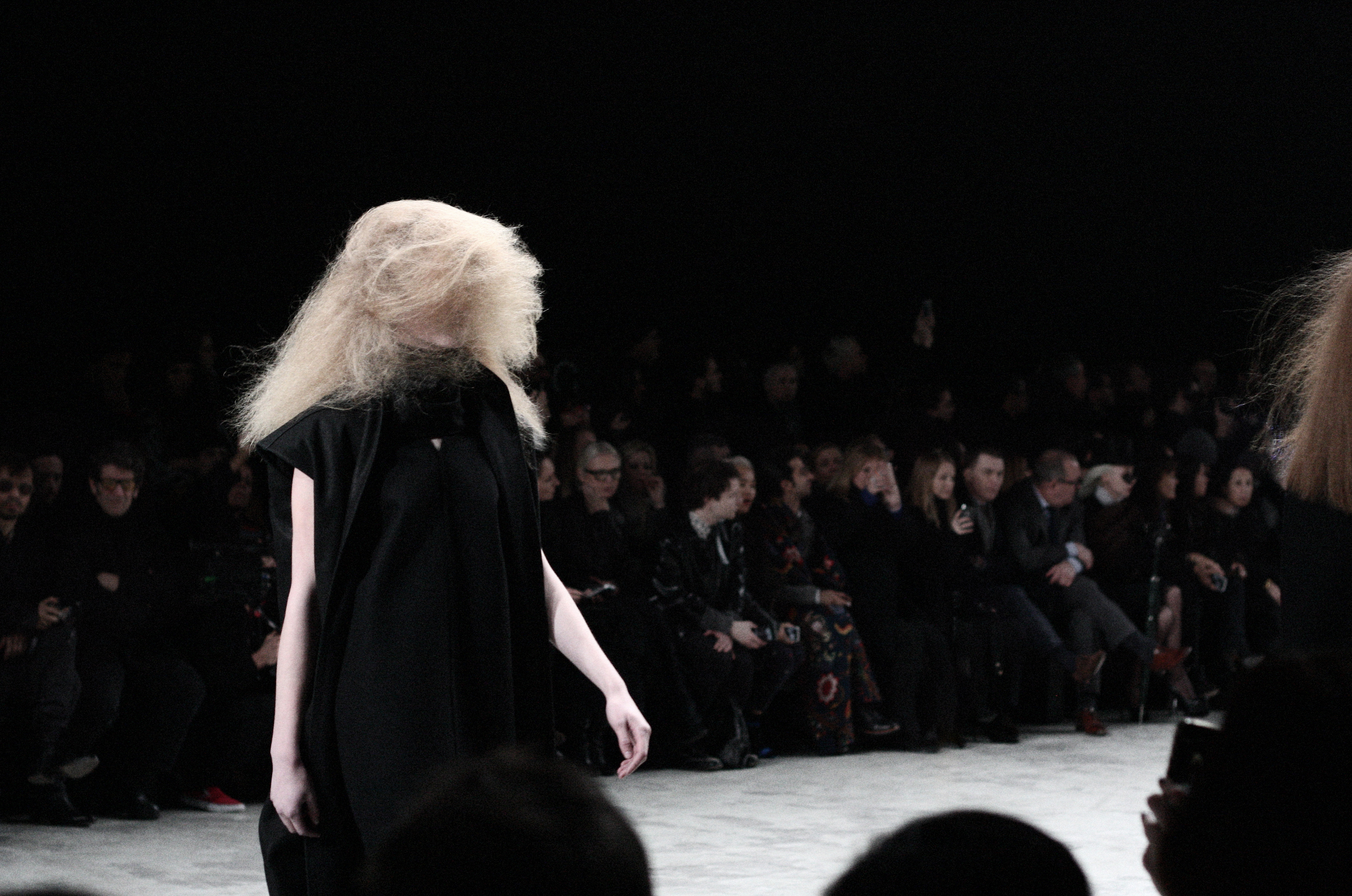 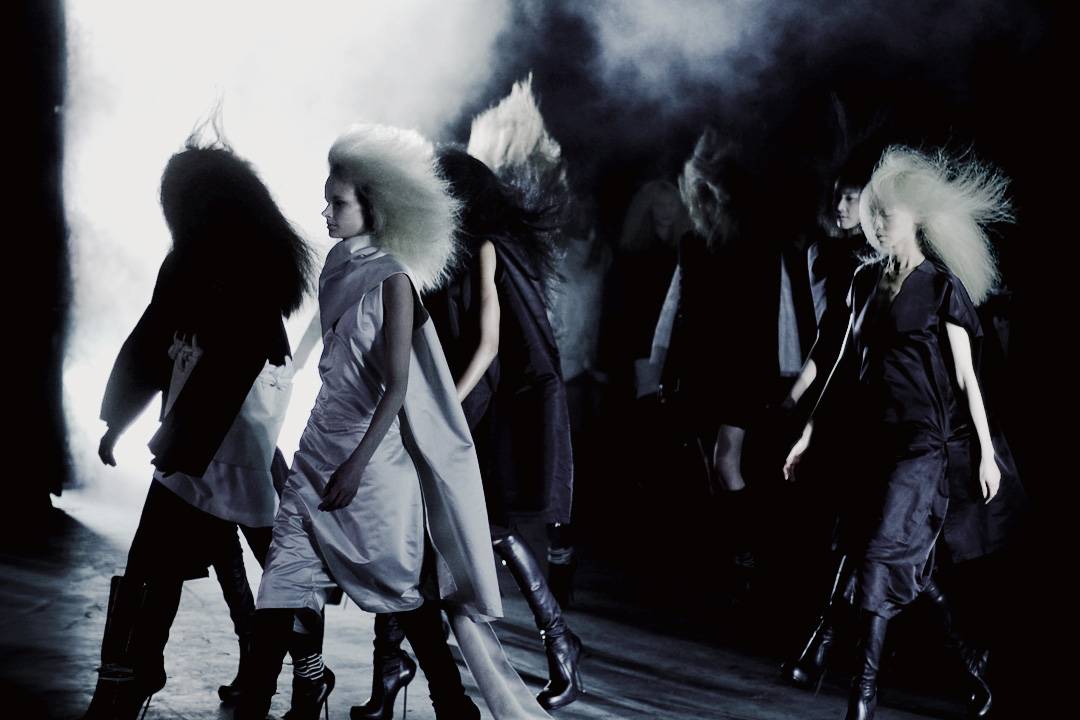