Couriosity and expectations fill up the silent atmosphere that anticipates the beginning of any ritual event.

Rhythmic steps shake the majestic metallic altar raised up into the Omnisport de Bercy. A of rank warriors dressed up from head to toe in Rick Owens’ uniforms invade the room beating their chests like in the exhibition drills. A controlled yet speedy dance starts, showcasing the perfect sync of twitching legs, arms, hands, and feet of different sizes and dimentions under the public’s amazed gazes. The incredibly talented Afro-American dancers from steppers groups Divas Washington, Soul Steppers, The Momentums, The Zetas perform a complex choreography similar to Aboriginal and Zulu tribal dances infused with martial rigor, celebrating the free and total expression of the body, seen as a modern totem of urban tribes. Stepping, tap dance and breakdance’ elements come together into an harsh and primitive language conveying a sense of community pride and mutual identity. The almost mechanical precision of gestures along with the carefully thought chromatic organization of the outfits make the dancers’ physical diversity deeply harmonious, showing the fit of the minimalistic and techwear-like garments on a wide range of different types of body. Recovering the true meaning of “show”, Rick Owens has entertained his public with a true performance that involved the spectators in a totalizing and mind-blowing experience, while also offering the unique opportunity to observe the actual reaction of the garments in a dynamic context, where the fabrics and the cuts are challenged by the catching sequences of aerobic movements. While the dancers’ feet slide, jump and hit the ground with the massive space sneakers that Owens realized ​​in collaboration with Adidas, their faces are tense in terrifying expressions as in war dances to intimidate the “enemy”; ideally the “vicious” and standardized fashion system and the wordly spreaded close-minded way of thinking, which did adfirm their unbareble oldness again by interpreting the designer’s intentions in a controverse way and focusing on irrelevant details of the performance, oftenly transcending its great artistic value.

As a battle cry the choral dance exorcises the fear of the “alien”, releasing a burst of fresh energy that destroys obsolete stereotypes through a bumping rythm of street sorority. 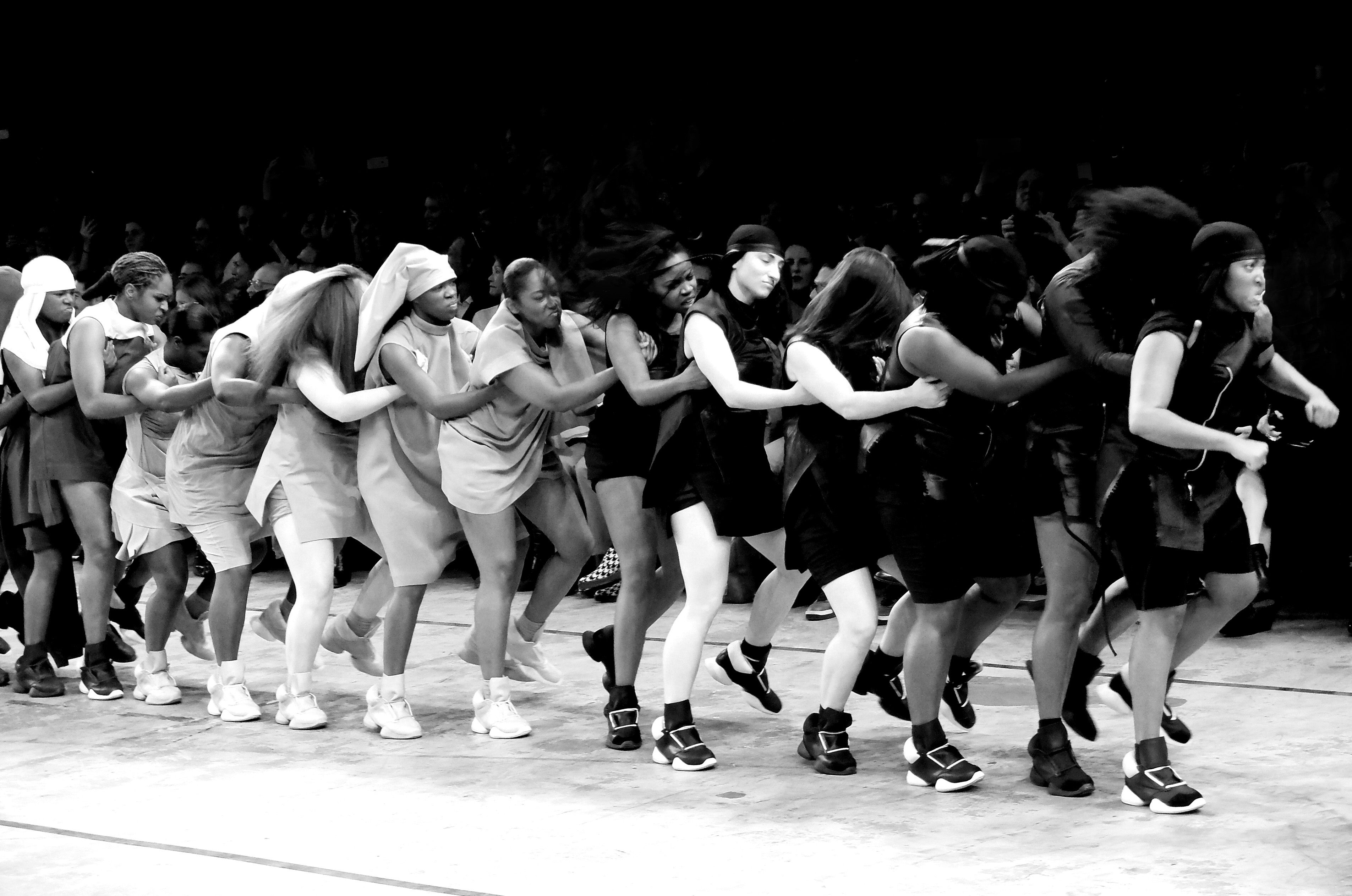