Any successful kingdom is ruled with rigor to achieve the highest form of formal order.

Thom Browne’s imaginative world is no exception. Rules are a key point of the American designer and he masters them so well that every season he breaks down conventional staples with a rather ironic and slightly grotesque approach. Playing on the themes of control and authority, Browne set up a showcasing performance reminiscent of a sci-fi boot camp mixed with elements of the Bauhaus theatre. The models were sitting on school chairs, with their faces concealed under marionette-like plastic masks, all dressed up in the traditional grey Thom Browne suits, like a class of neat cadets in the need of begin instructed. Two intergalactic guards marched through the static squad to preserve the impeccable discipline, while a procession of looks passed by. The pastel color palette of the clothing lightened the militaristic stiffness of the full atmosphere; decked up with three-dimensional elements, flower patterns and butterflies appliqués. The flamboyant decorations and fabric choice left room to the extremely complex tailoring which recalled polished space suits made to exaggerate the features of men’s bodies. Inflated shoulders, muscles and groin conveyed an idea of strong virility celebrated and at the same time sarcastically parodied by the designer. The elaborate pattern construction as well as the carefully crafted and meticulous detailing showcased once again Thom Browne’s commitment in artistically reinventing men’s tailoring while remaining tastefully “classic”. 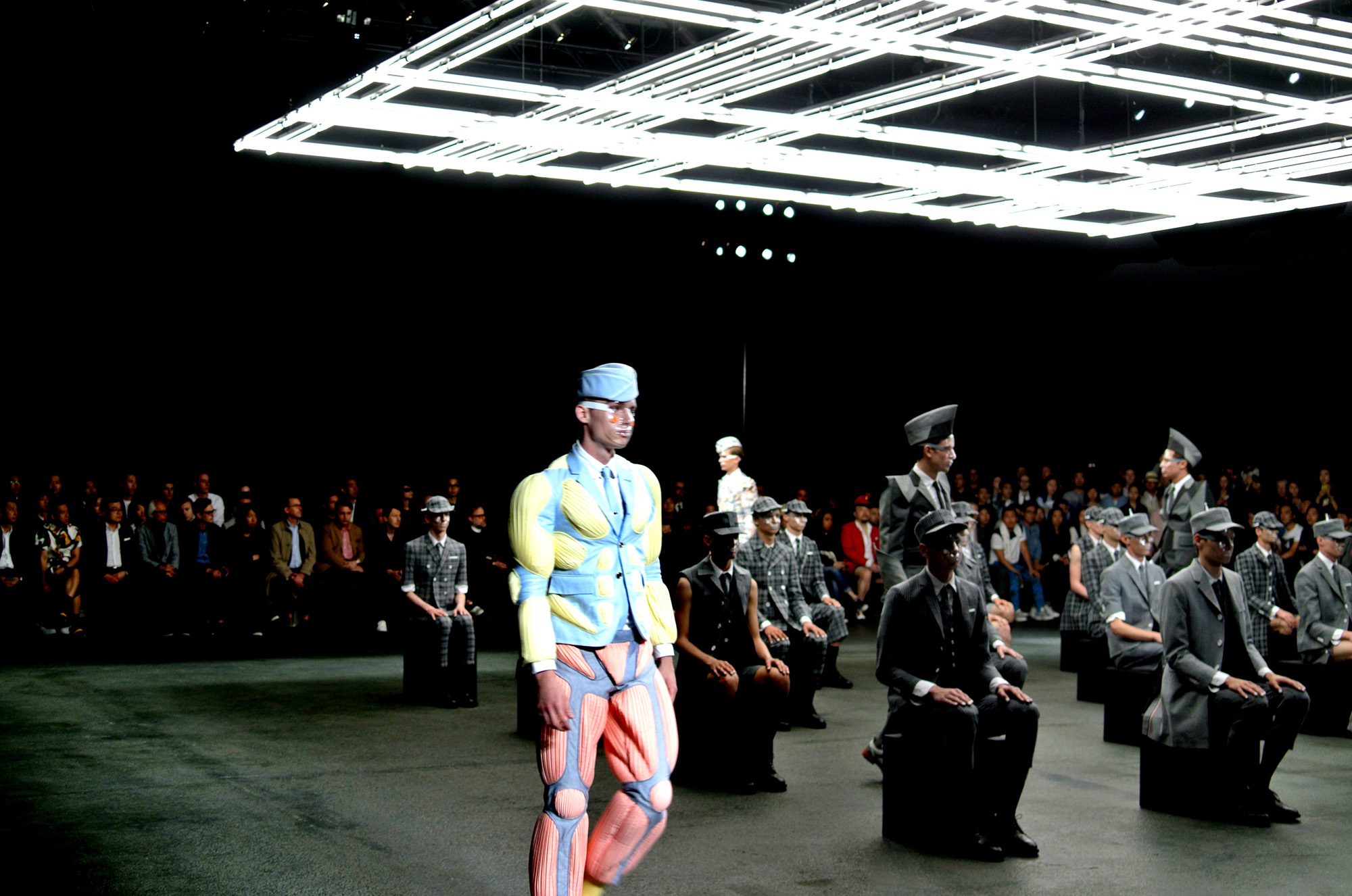 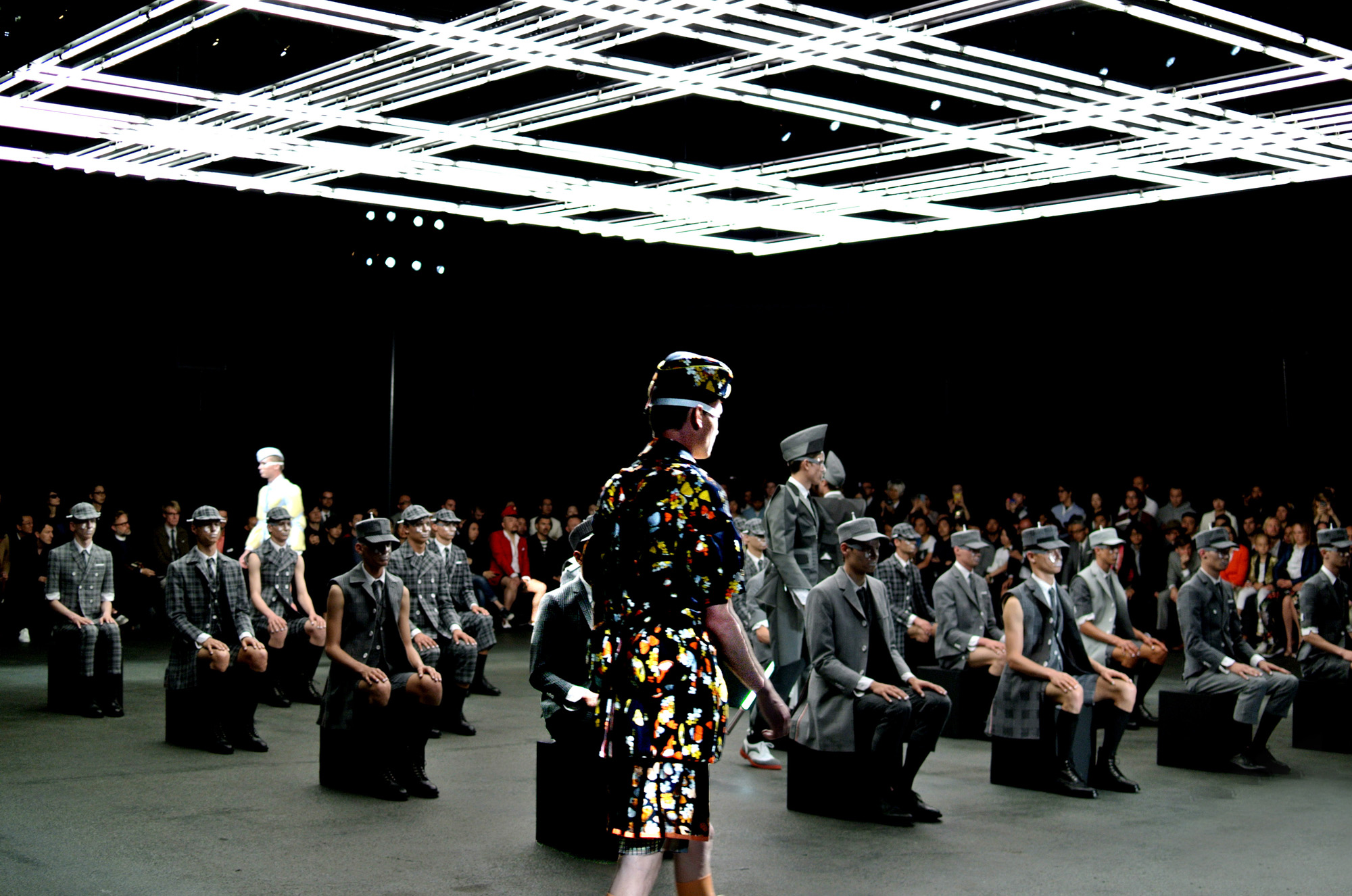 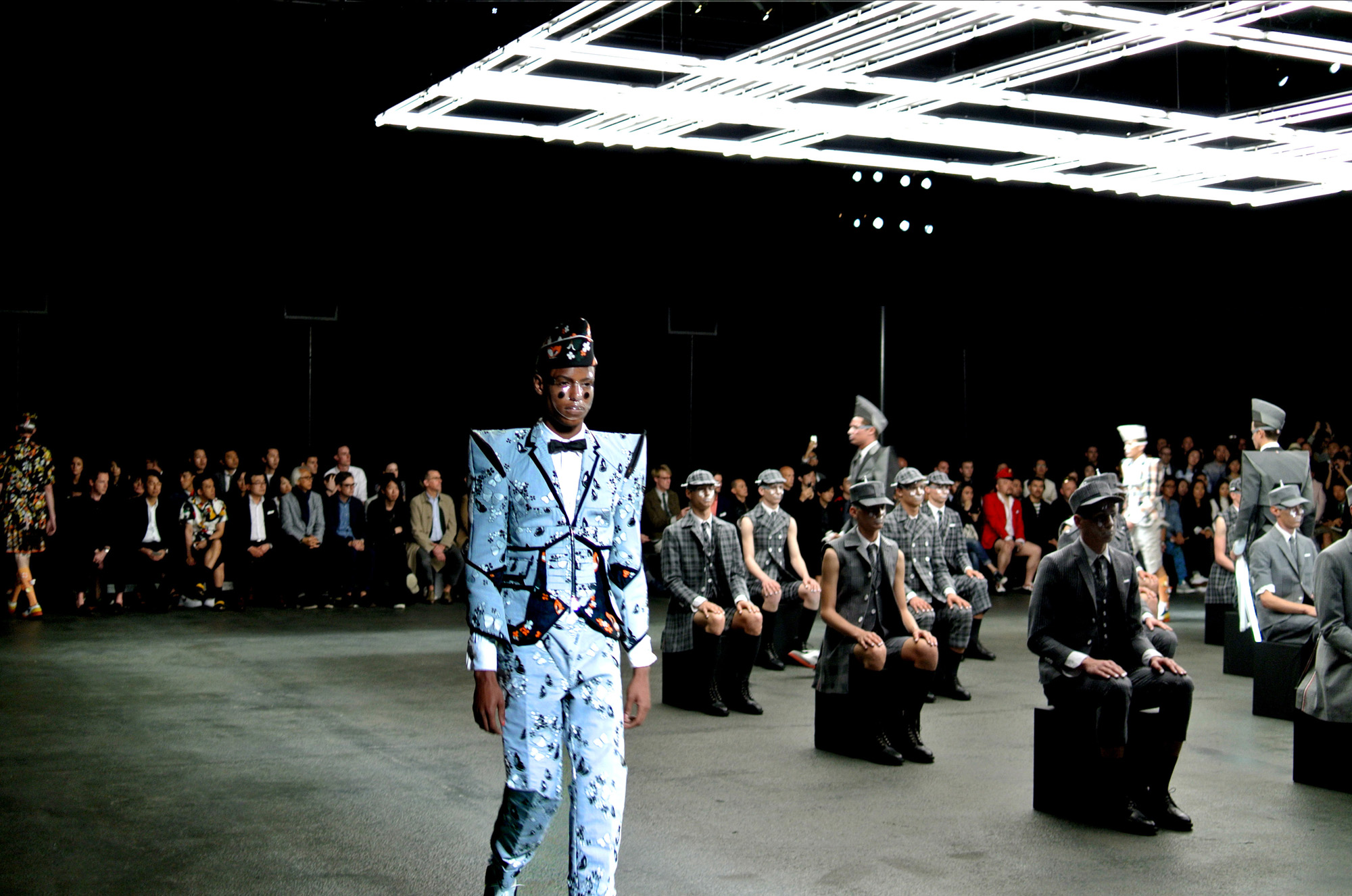