In the age of the great self, anonymous collectives raise up their masks.

VETEMENTS operates in a no man’s land in which street-style is subverted and extended to reach unconventional solutions. The seven mysterious fashion designers behind the young French label graduated from the Royal Academy of Fine Arts in Antwerp, Die Angewandte in Vienna, Studio Berçot in Paris, and they all previously worked at Maison Martin Margiela. This background experience pushed them to preserve a secretive halo around their brand’s identity in reaction to the current death of privacy. Awkward asymmetric lines and exaggerated shapes marked their second collection which recently debuted at Paris Fashion Week. Nods to gabber and grunge tarnished the sartorial as tailoring pushed volumes and silhouettes to the extreme. The French style code blended with athletic and workwear suggestions translated into hybrid outfits with a 90’s underground look. Despite the androgynous design, the irregular cuts and slick patent thigh high boots unveiled a perturbing sexy side. The twisted appeal of the outerwear’s oversized shoulders and sleeves evoked in Martin Margiela’s hardcore fans a sort of nostalgic feeling. VETEMENTS’ minimal and experimental aesthetic rejects “normcore” trends by exploring the sartorial possibilities contained in the garments’ patterns to create simple but distinctive clothing.

While everything it’s tragically fast-revealed, there is still something which remains hidden and leave room for imagination. 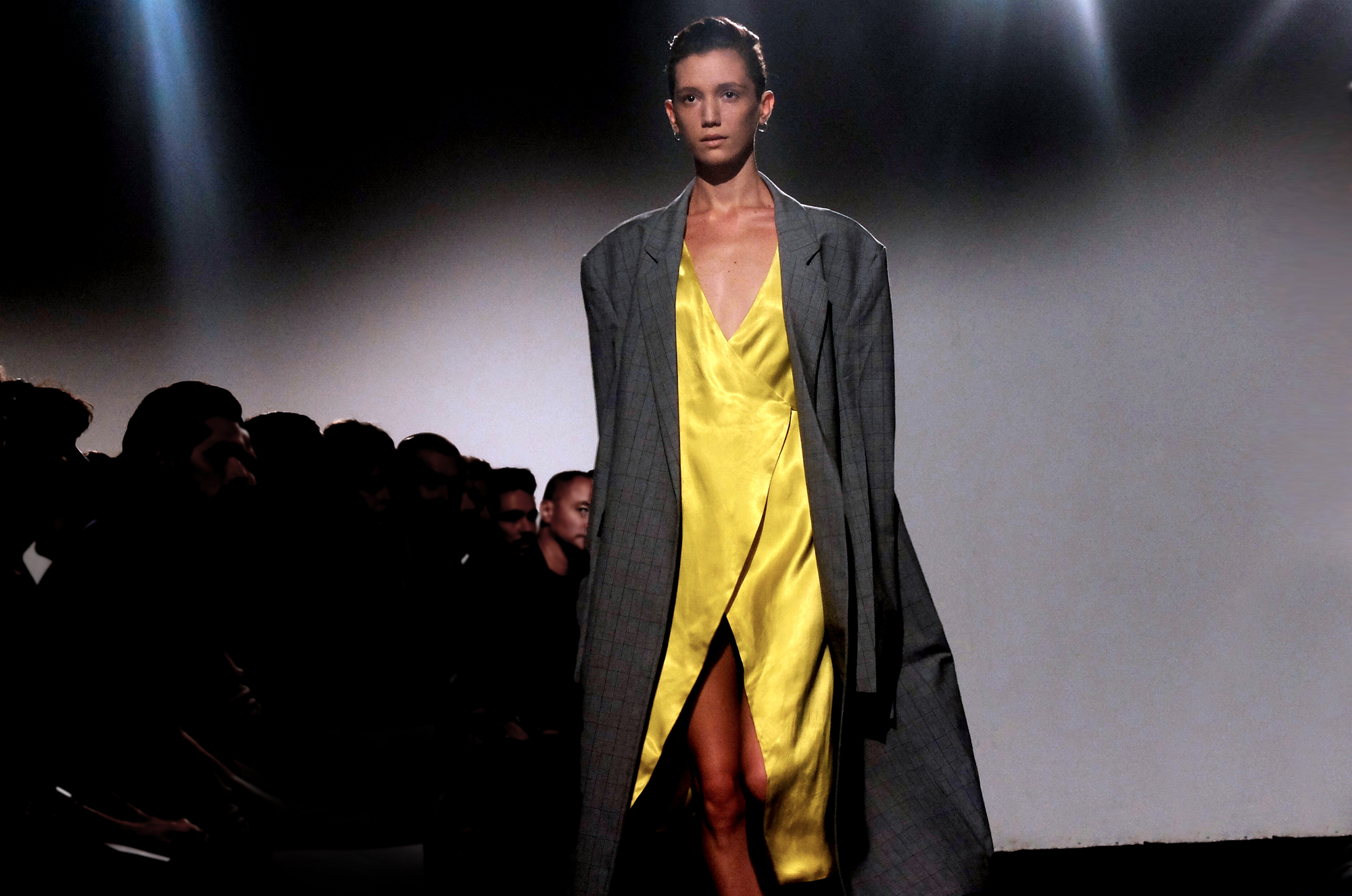 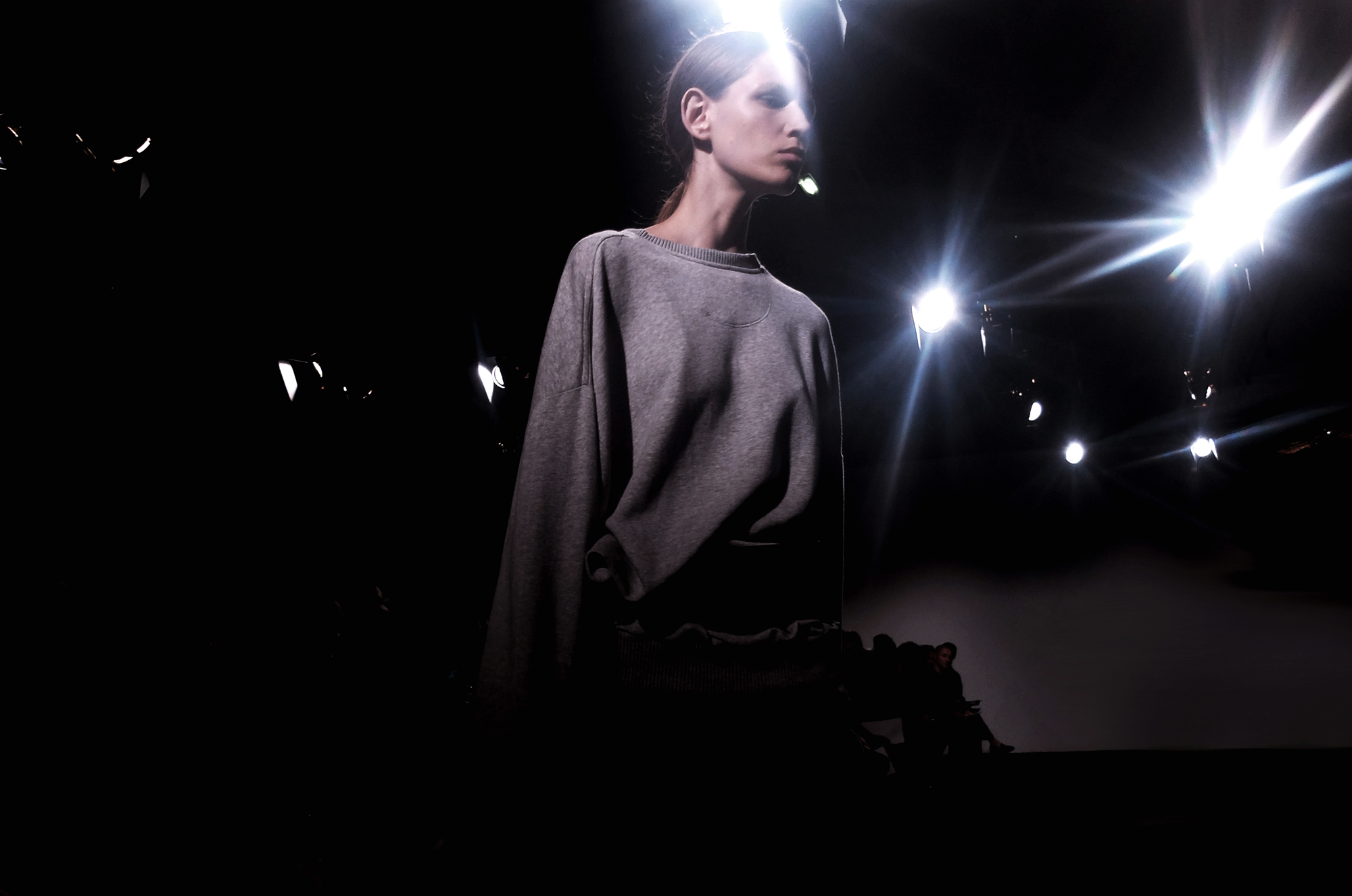