Something turbulent always agitates the depths of peaceful lakes.

Yohji Yamamoto never had the fear of going beyond the surfaces, down to this tumultuous territories to drawn from obscurity his ever brightening creative light. Telling a psychedelic story of volumes and prints, the designer sent innocent dolls into an enchanted world populated by frightening Manga creatures. The braveness of warriors marked the girls’ faces, pure yet powerful as the black paint around their eyes symbolized. Wrapped like chrysalides in coocon-like coats, the engulfed movements were not the dolls’ weak point, rather right this bleak softness intimidated the horrific ogres and monsters, creating an odd friendship between the beauties and the beast in the kind of Where The Wilds Things Are. So the grotesques creatures accepted to decorate their samurai-like silk and leather armors, hand painted by the artist Yasuto Sasada, turning a creepy fantasy into an underground fairytale written on graffiti walls. This wild collision of imageries featured exaggerated proportions and reversible garments, which showcased Yohji Yamamoto’s brilliant ability in deconstructing and twisting street-wear elements. Some of the strangely beautiful shapes were padded to give the illusion of a pregnant belly, suggesting a sort of life cycle that ended with the same padding placed at the lower back as if it was miming the curved posture of an aged person.

As in each living thing there is a bit of evil, children’s tales are no exception, and thinking carefully their frightening aspect is the thread that binds them all together. 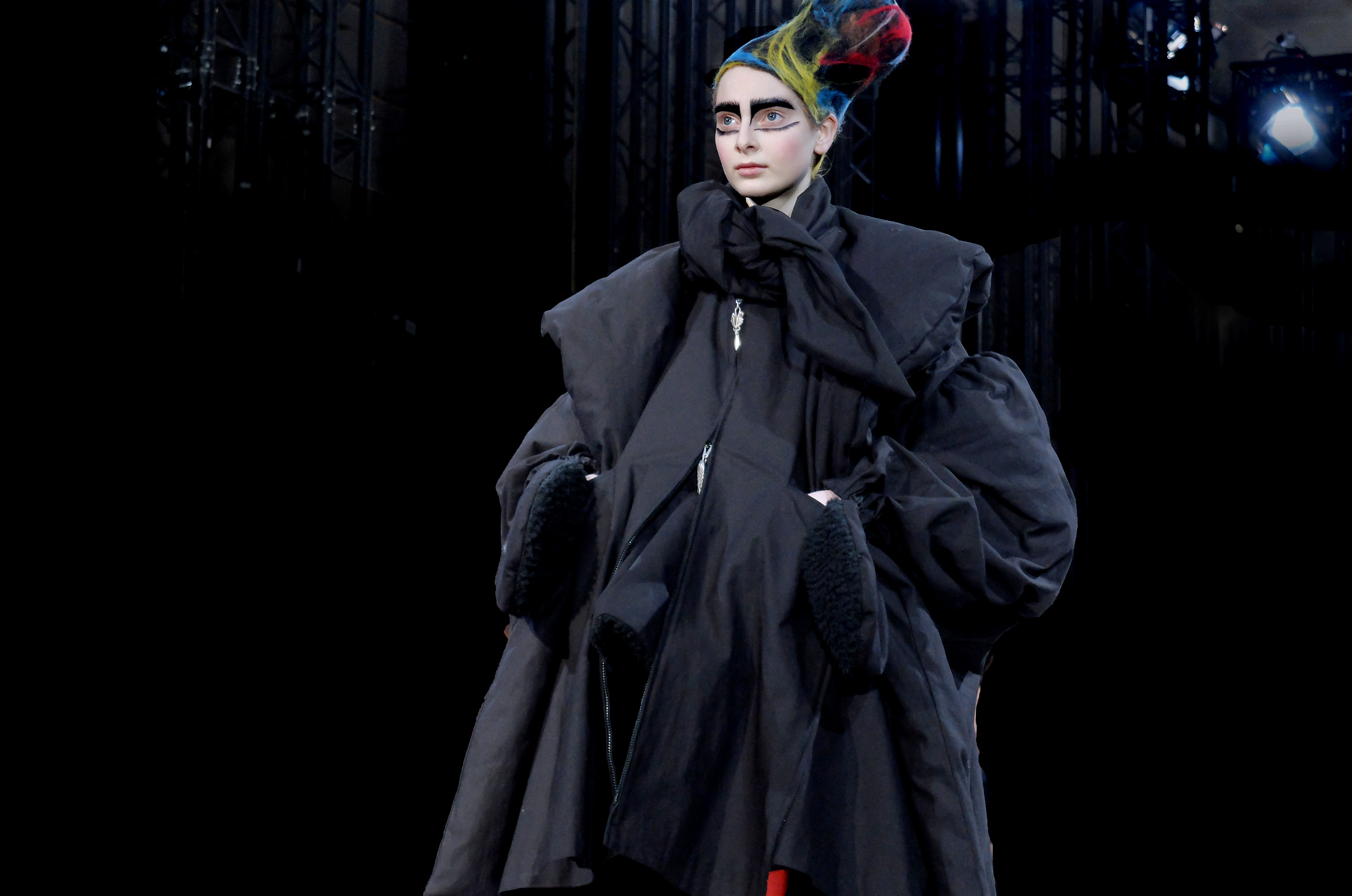 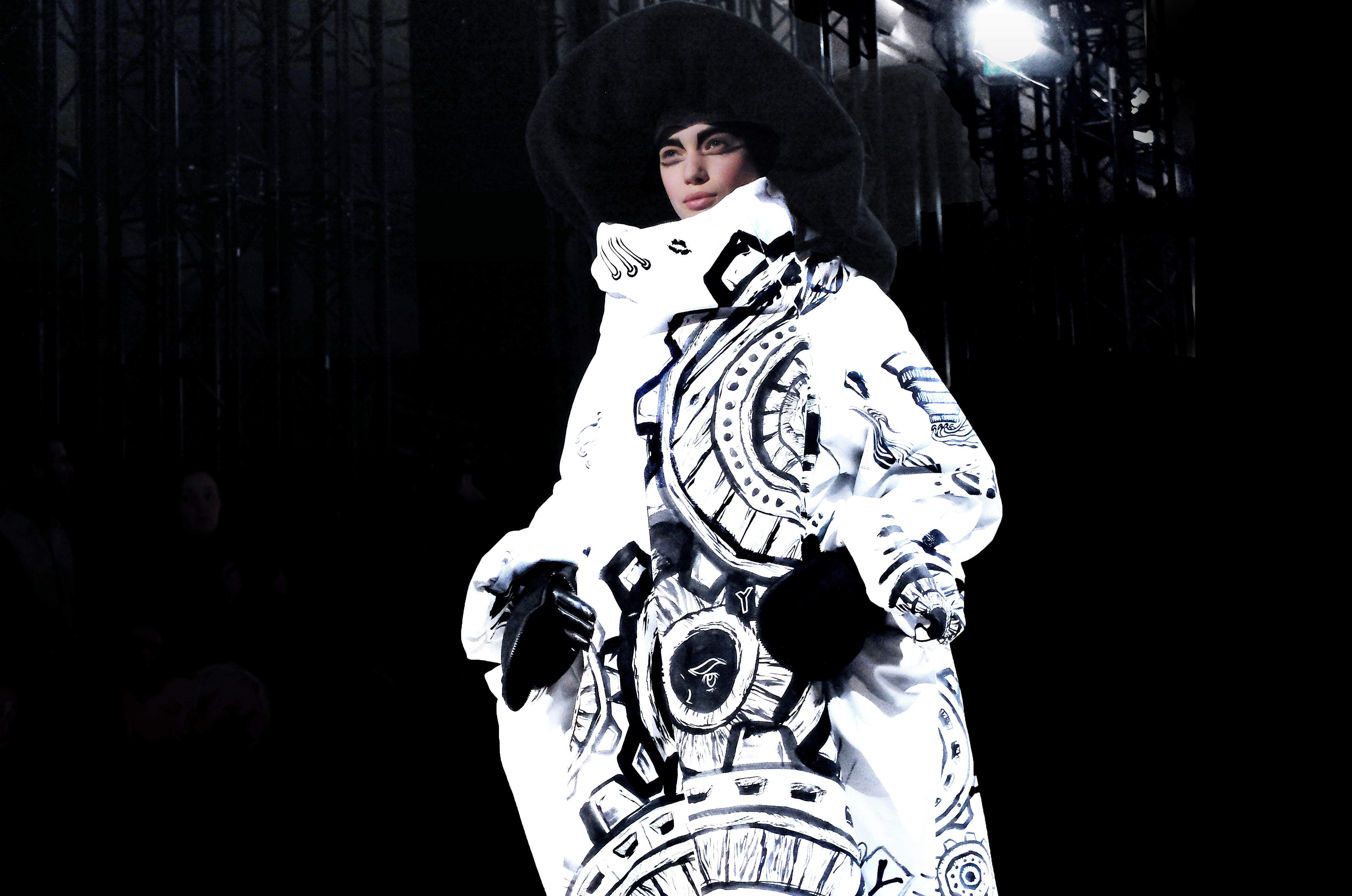 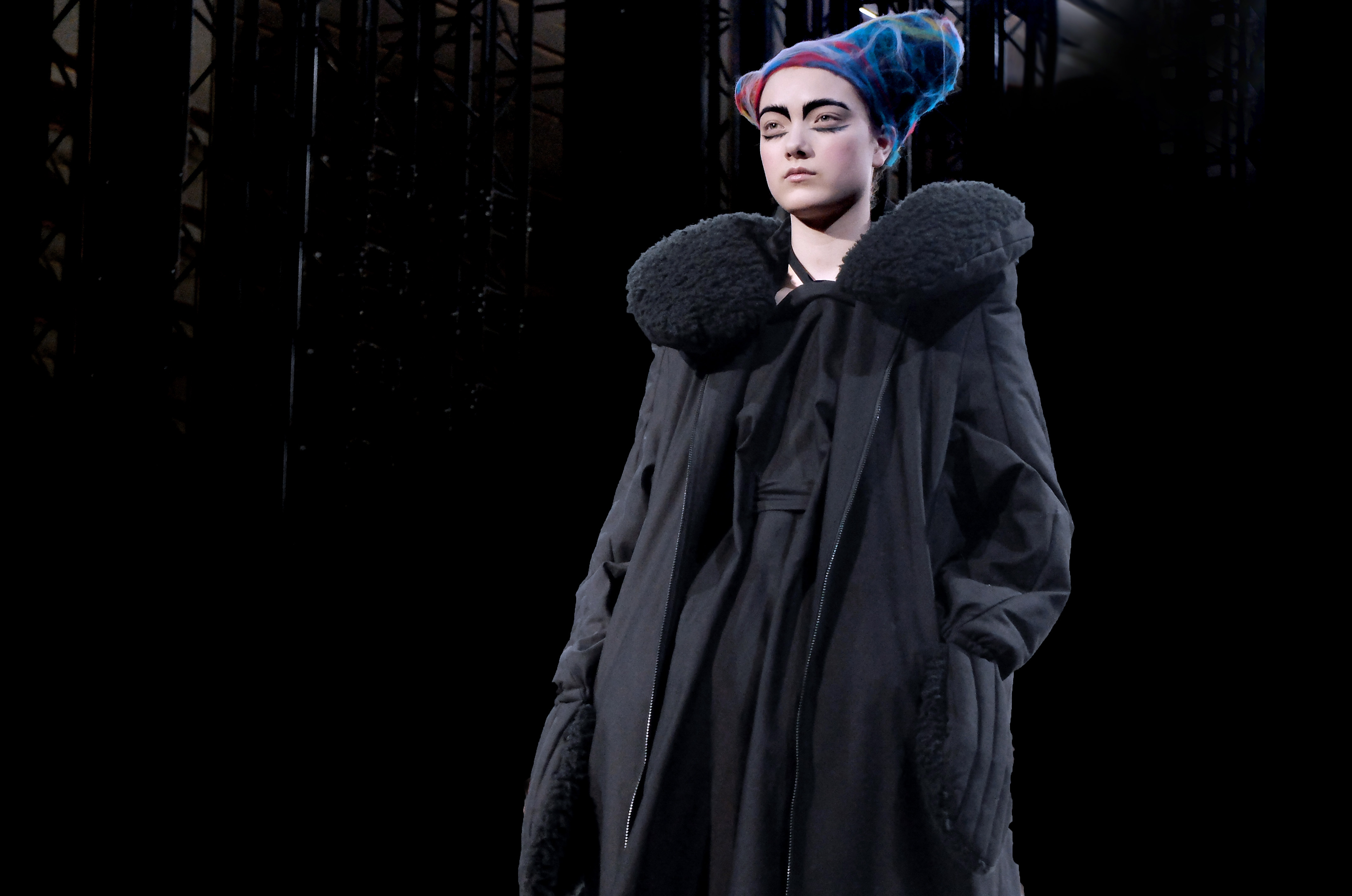 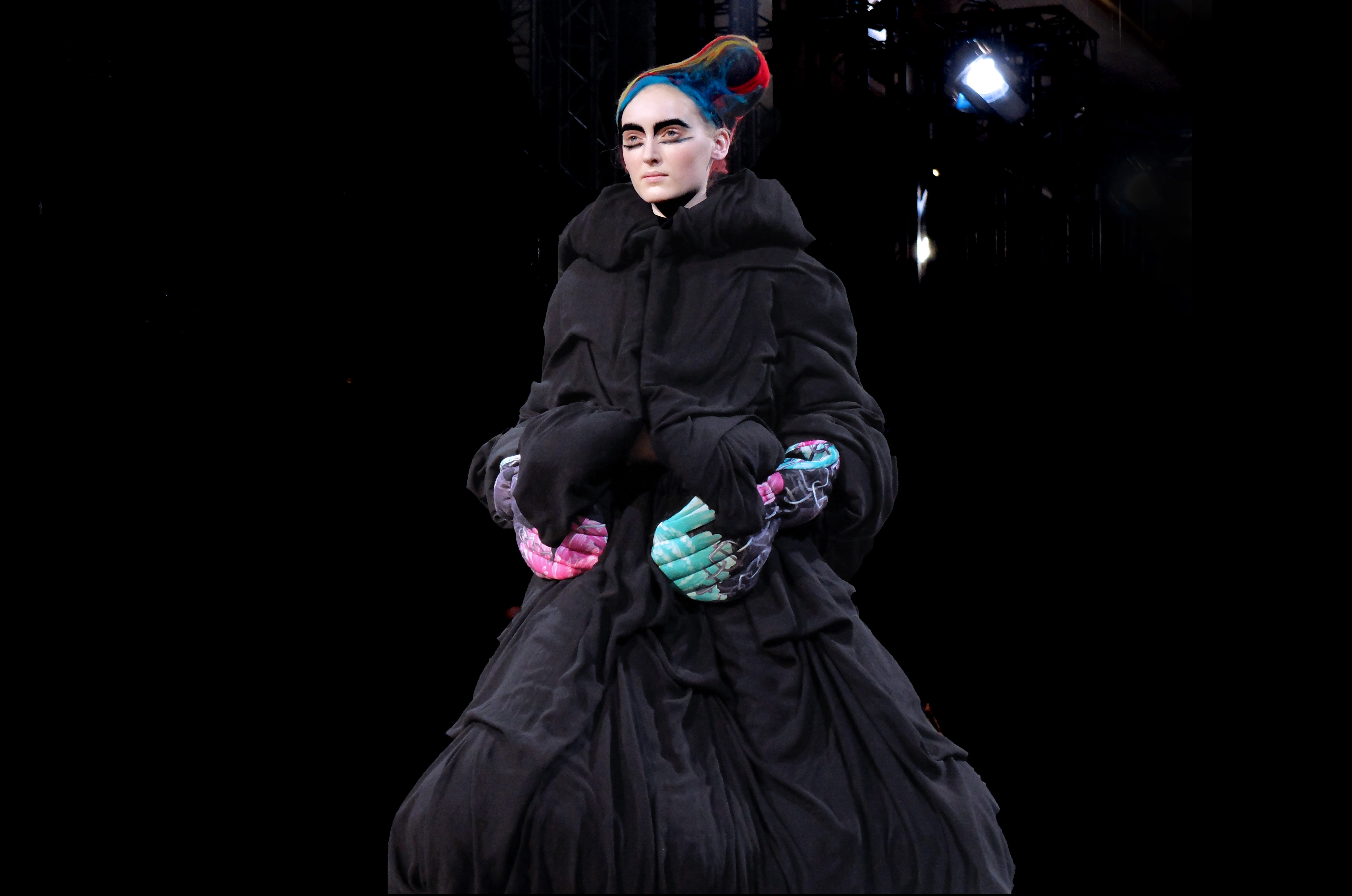 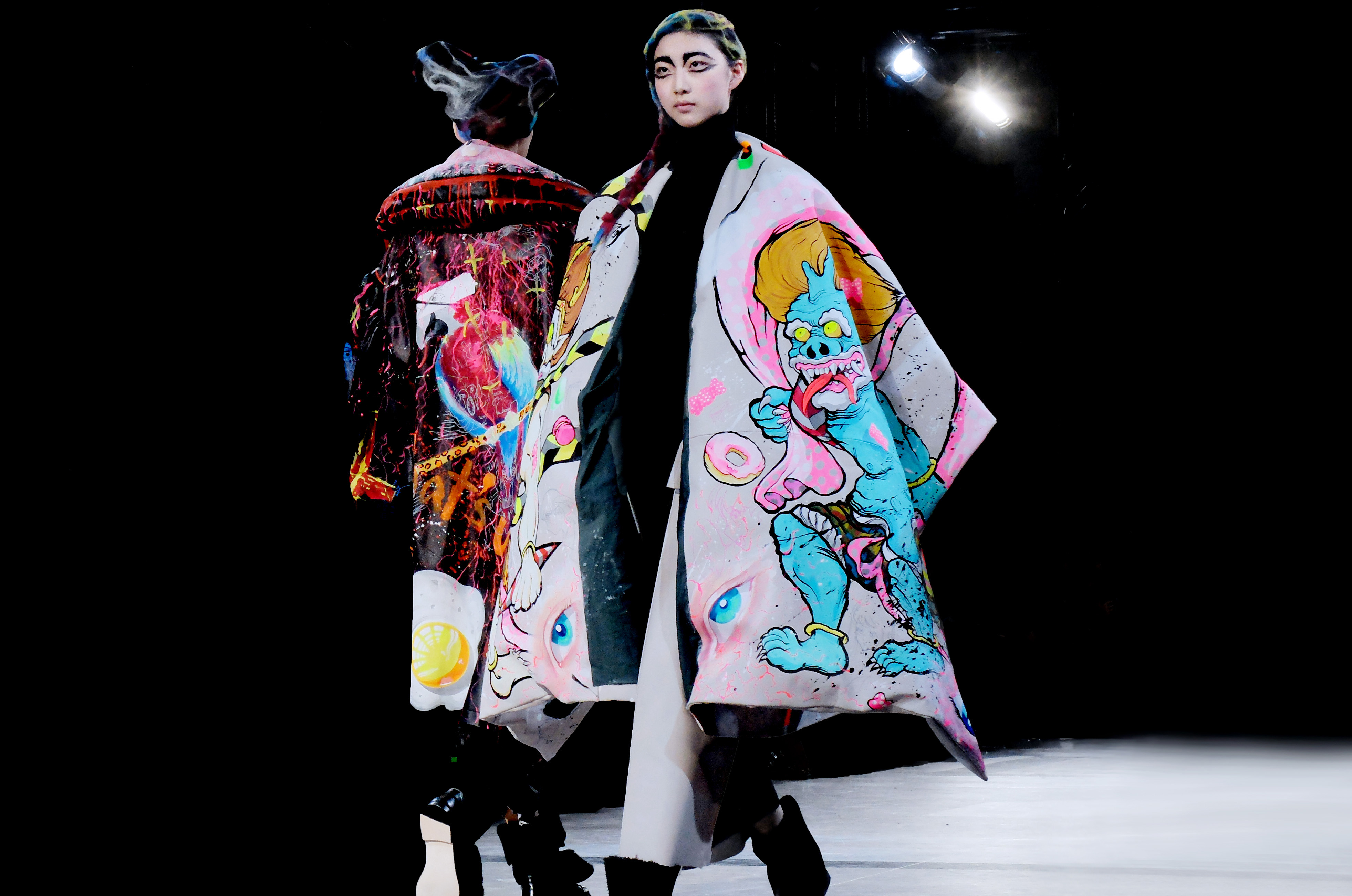 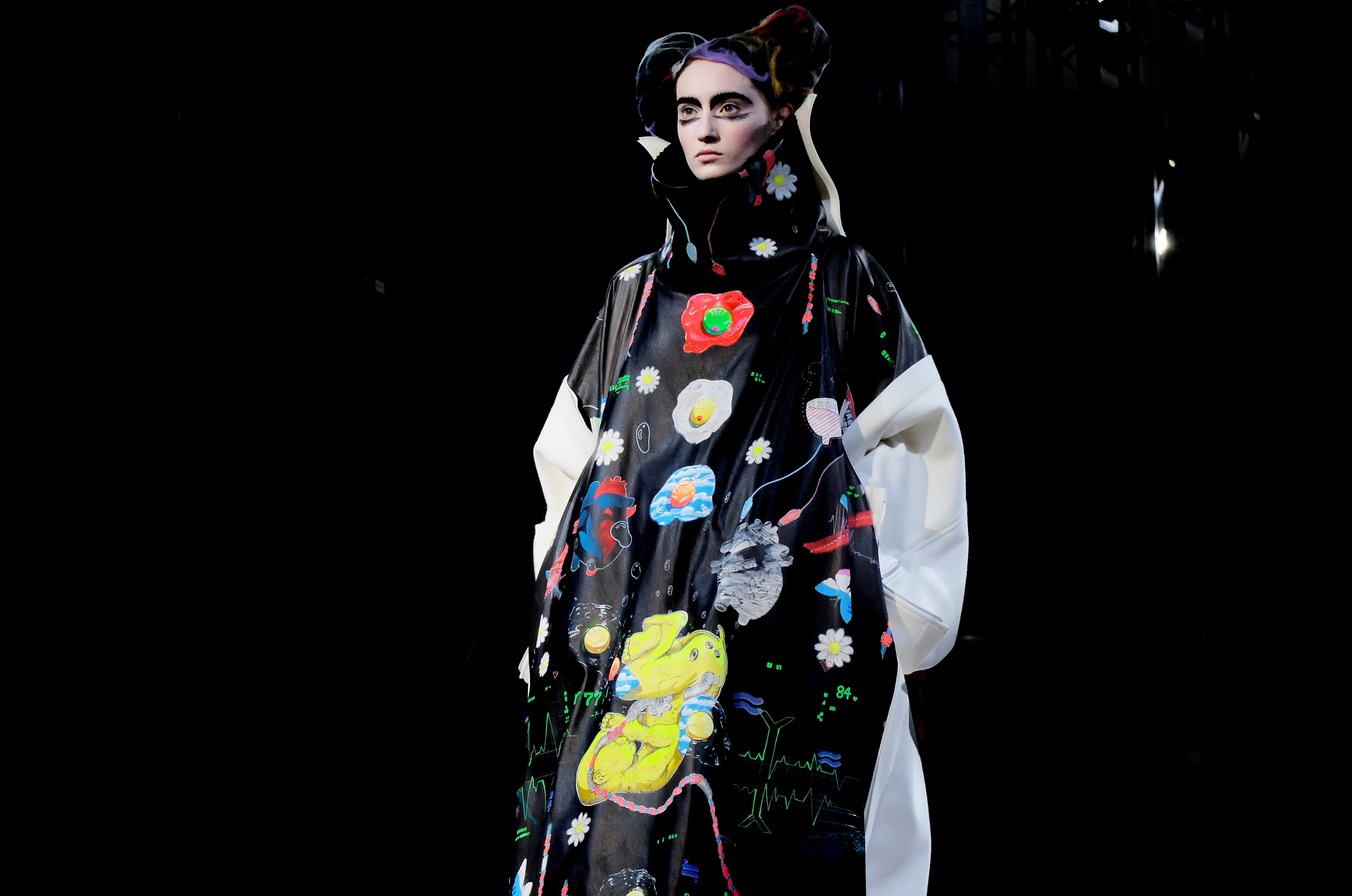 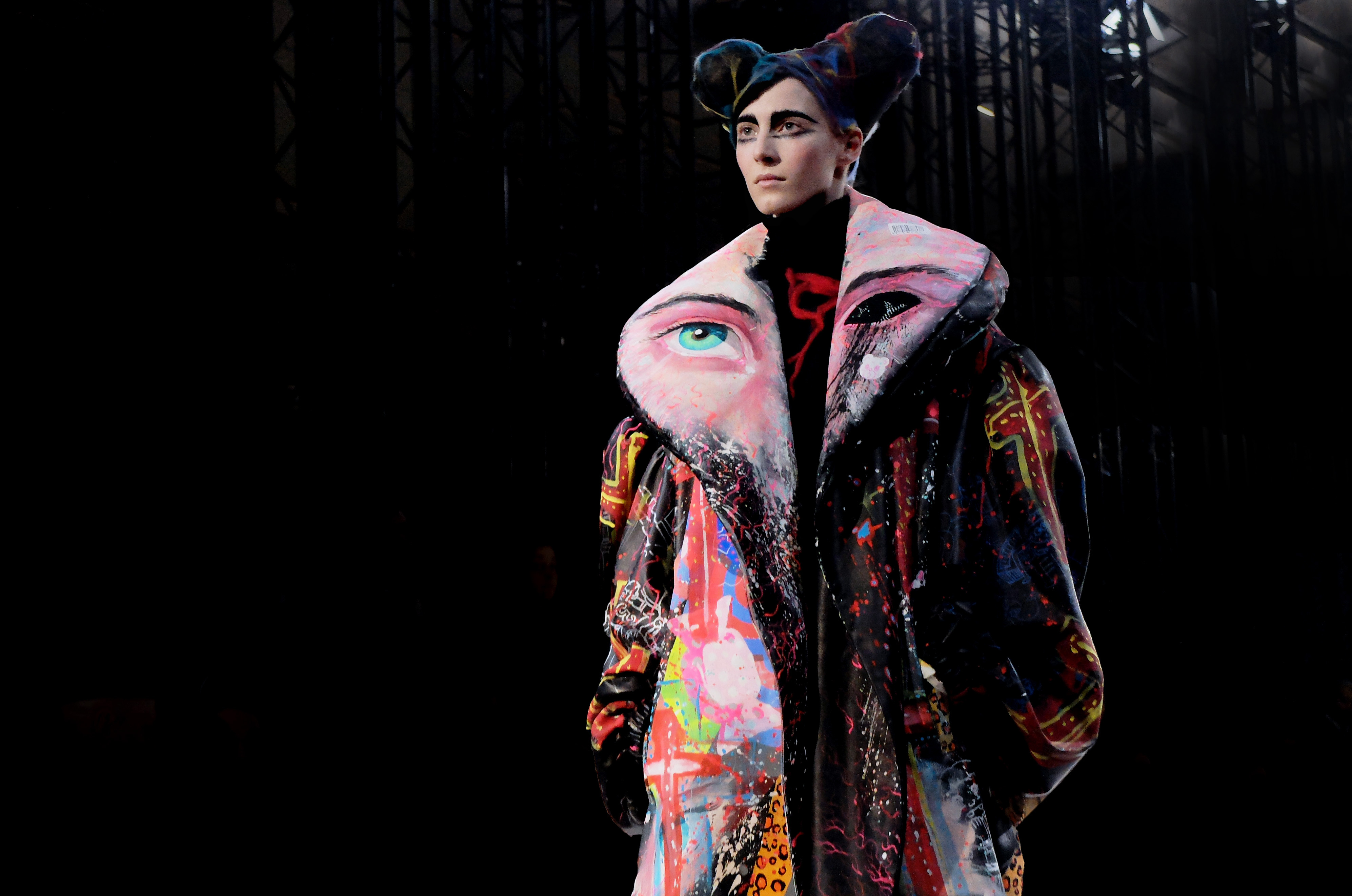 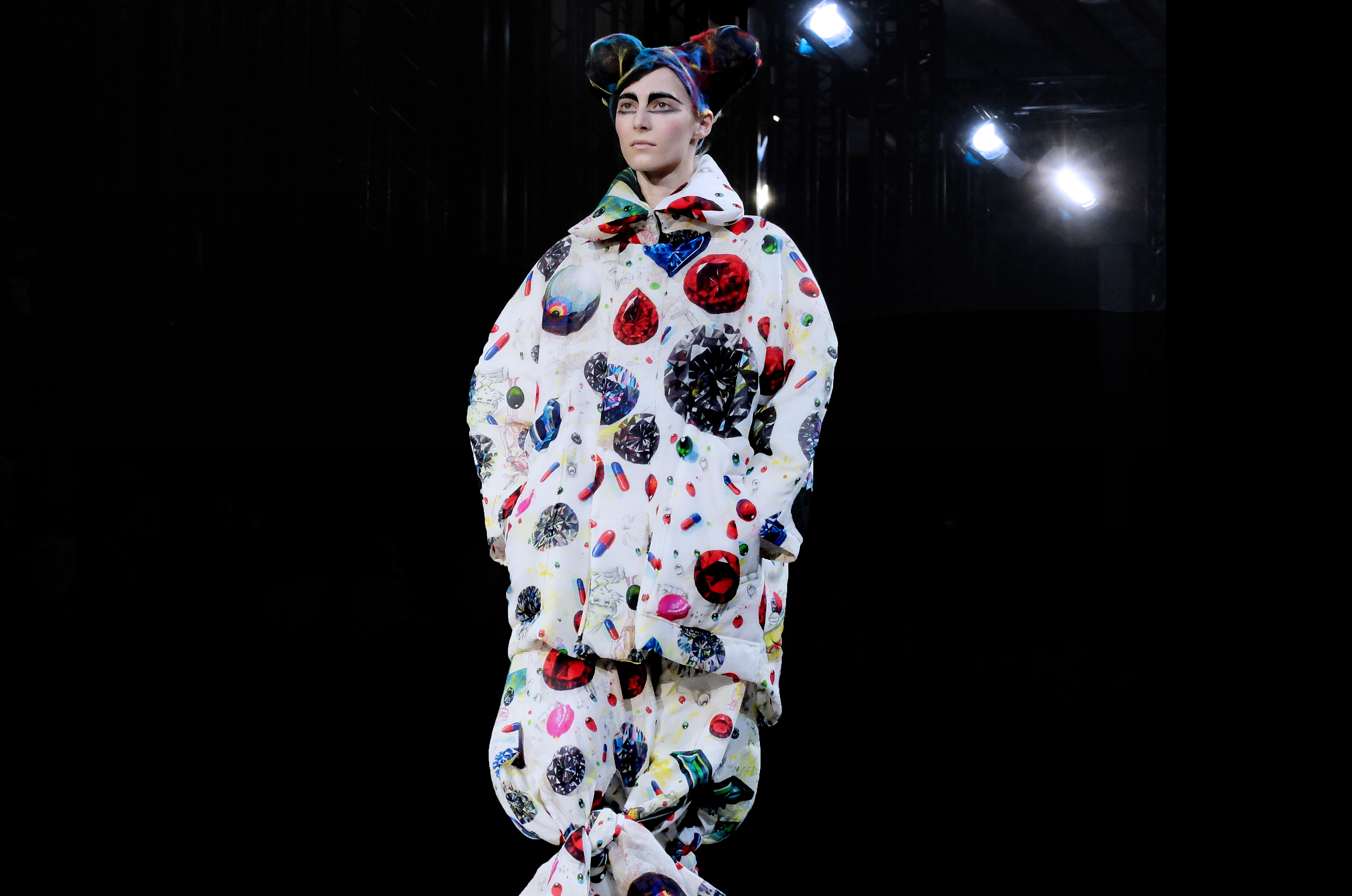