There is a sort of biting satisfaction in the grotesque non-chalance of visual chaos.

Yohji Yamamoto’s man has a job that doesn’t constrict him in a polished suit paired with a matching tie and when he decides to be formal he playfully pulls off tailored blazers and floor-length coats covered by a multitude of extravagant prints. As a free and artistic-like character, he relates to clothing with a rather ironic lightness, rejecting predictable dress-code standards for a not-so-serious style that lets him freely express his eccentric spirit, which always look at the boredom of reality with a detached sarcastic eye. This sharp yet relaxed approach allows him to follow Yamamoto’s brave imagination into a gothic universe of snakes and blood-red roses, softened in its most somber tones by a witty sense of humor which makes frightening skulls, shaped on Yohji’s x-rays, reveal a subtle smile when you carefully look at them from the sideway. Coffin zippers pull along with buttons, transformable collars and reversible panels of fabric open the garments to countless transformations, letting the camouflage patterns appearing underneath tapestry-like traditional japanese flower prints, showcasing a structured layering of light-weight and thick materials that overcome any seasonal boundaries. Despite the unexpected splashes of colours, the elongated three-button blazers and cropped pants together with the sartorially cut outerwear and the fluid proportions were classic Yohji Yamamoto. Echoes from the Japanese tradition and historical heritage are worked through contemporary solutions that add a sort of mysterious crypticism to the collection, as the circle of symboles representing ancient Japanese noble families embroidered on the brim of one hat or the knots motif which recall the samurai’s habit of tying the long sleeves of their kimonos before the battles. In this slightly occult atmosphere, the designer’s face standing out from the psychedelic illustrations hand-painted by Kyoto artists Sasada Brothers on the back of leather jackets launches to spectators a mocking gaze before the final looks, silently stating that at the end of the day fashion is just a funny creative game.

An explosion of clashing kaleidoscopic references fill up the eye, inviting the mind to catch the vibes of a fleeting divertissement. 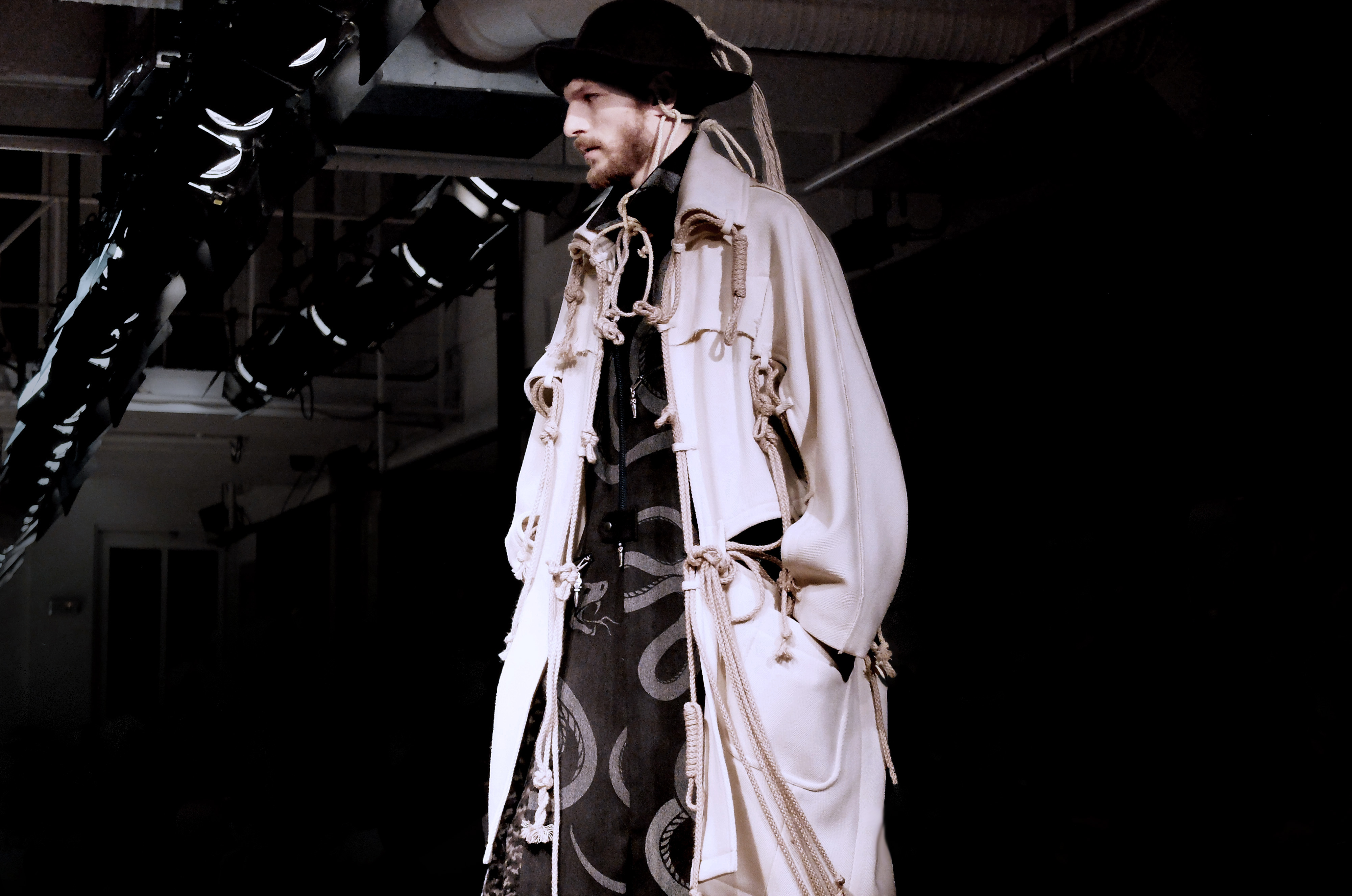 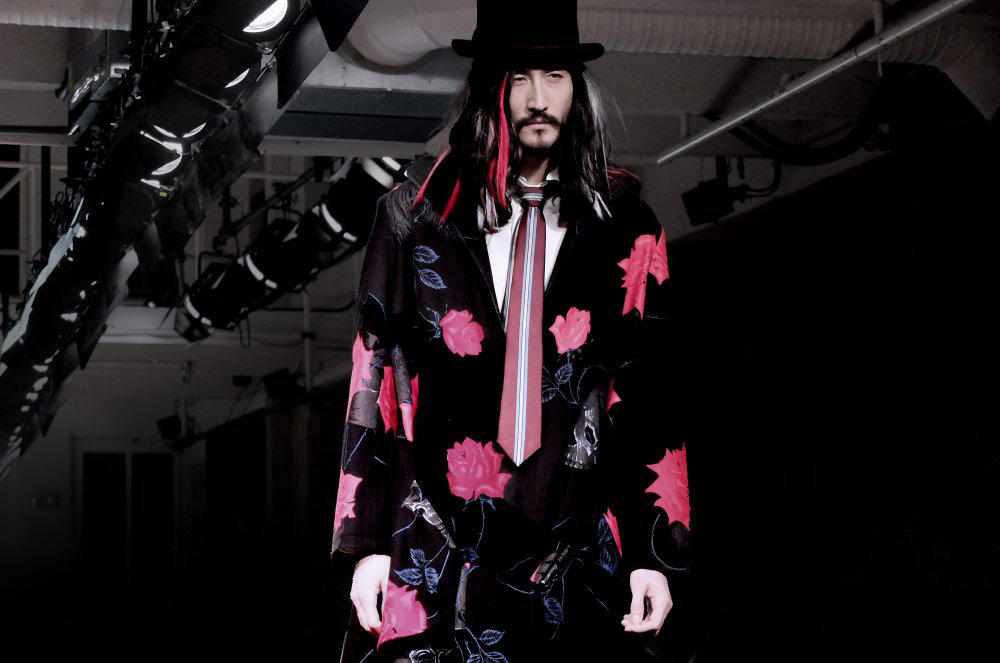