Who are we? What are we looking for? We never really know.

Yohji Yamamoto has always been a punk. He rejected the imposed conventions to make his own rules. Although he now reached the seventh decade, his rebellious soul is more than alive and still pushes the boundaries of established traditions with subtle sharpness. The invitation to his SS15 menswear show, a frame from Yasujiro Ozu’s masterpiece “Tokyo Story”, suggested the idea of a quiet rebellion which silently brings the inevitability of change. The last Yohji Yamamoto Homme collection was challenging and somewhat innovative by being faithful to the designer’s staples such as the deconstructionist aesthetic and his unmistakable silhouettes. Inspired by an “have you seen” poster of a lost pet, Yohji started to questioning the construction of self’s identity with playful consciousness. Since one’s have many different styles according to situations, the garments range was wide and versatile, going from hobo-chic pieces reminiscent of South-Asia traditional clothing to tailored suits for Texan gentlemen. Working with the trompe l’oeil technique, Yamamoto created interesting effects such as the worn look of blazers and pants obtained through faux patches stitched onto the suiting, as at Ozu’s time Japanese middle class men usually own just one suit for their entire life and they mended it throughout the years. Distressed and bleached textures, straw farmers-like hats as well as the denim-on-denim 90’s revival suggested an idea of relaxed casualness, while the loose tied-together garments and the half-sliced jacked subverted the regular patterns’ construction. Whether crossing open fields or exploring grasslands and deserts, Yohji Yamamoto’s men embarked on a journey without a precise destination, eventually finding themselves along the risky and uncertain way.

Nomad souls we wander and seek, waiting for a phone call from destiny to have back what we missed once. 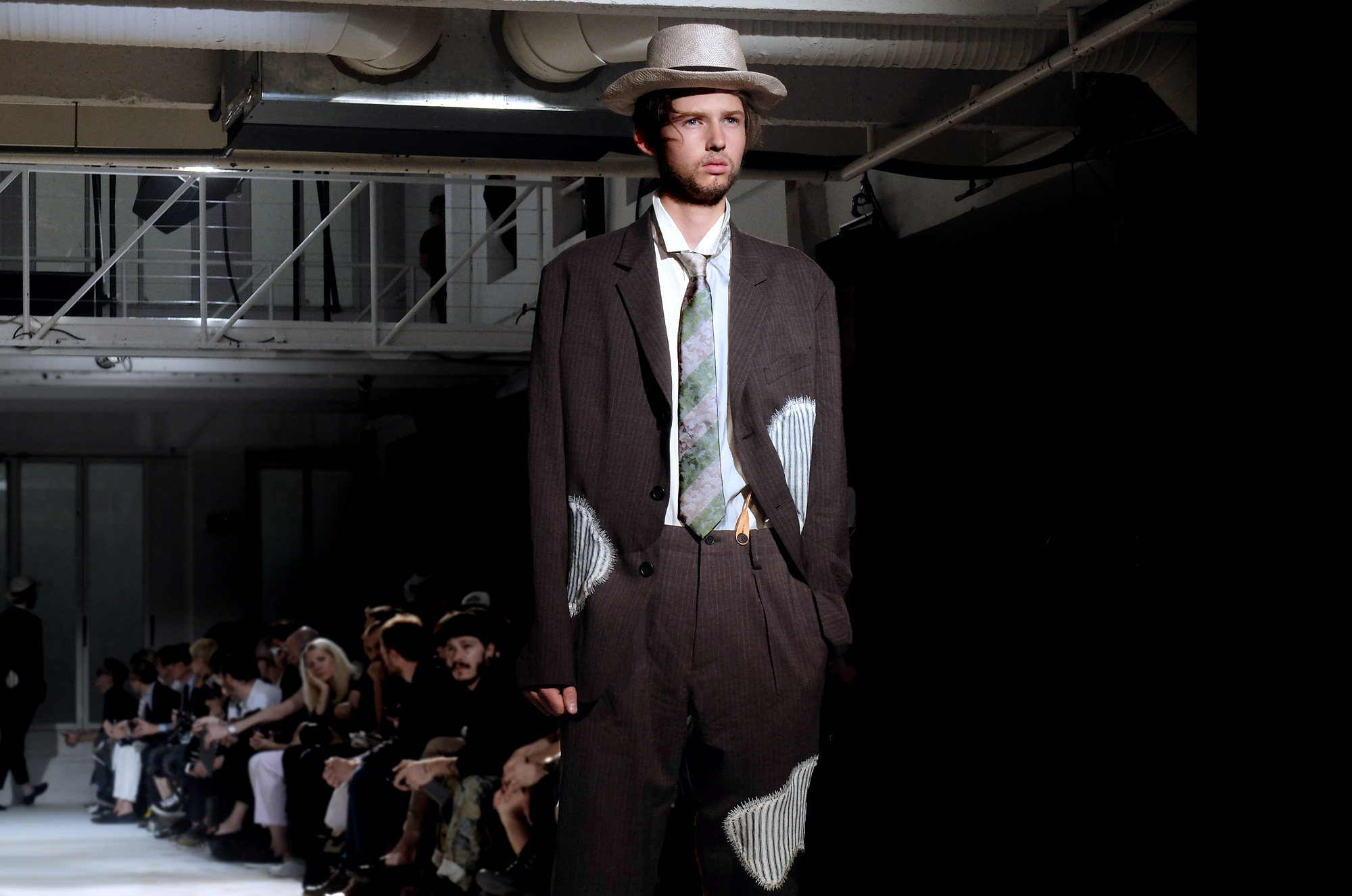 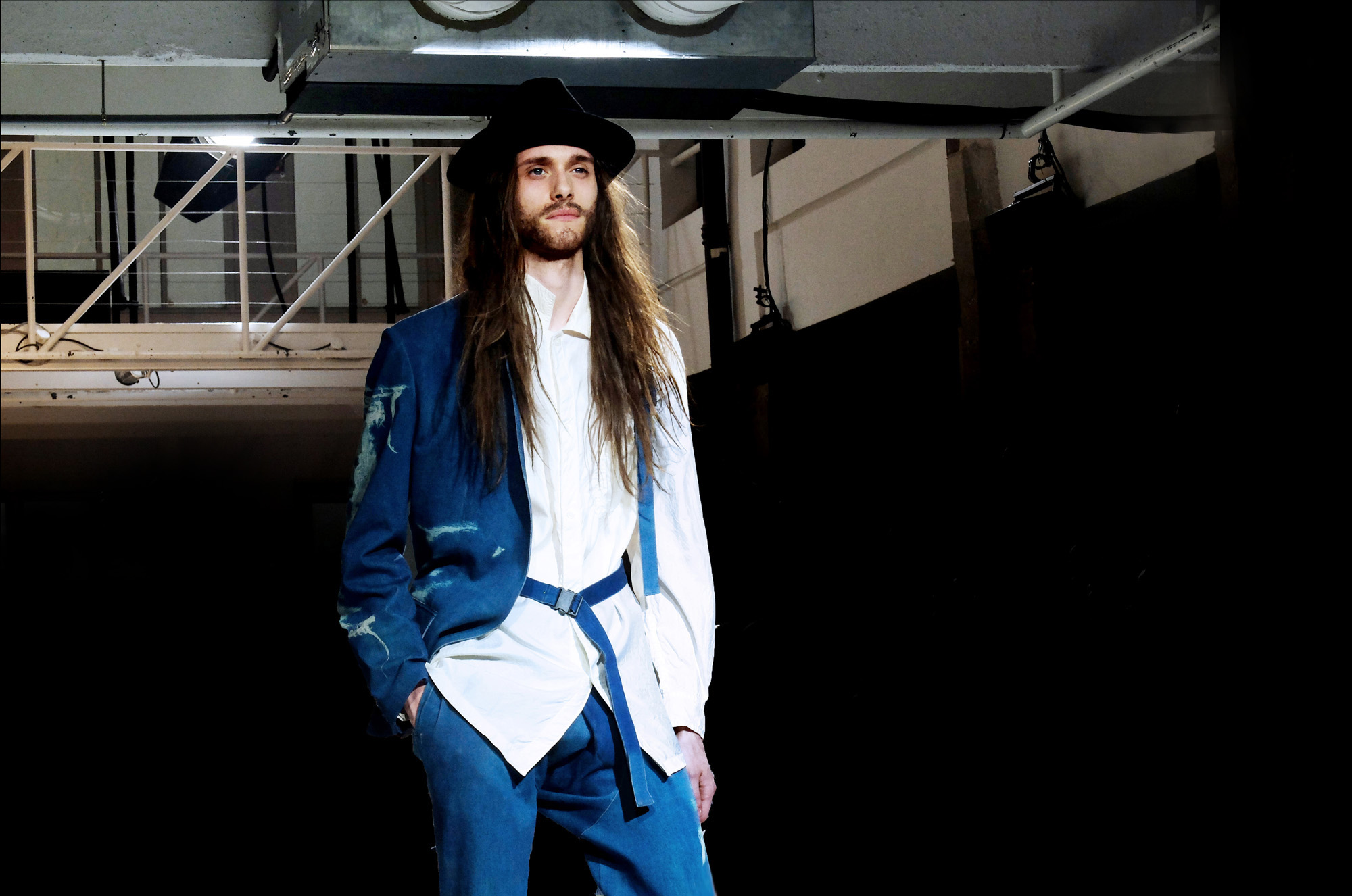 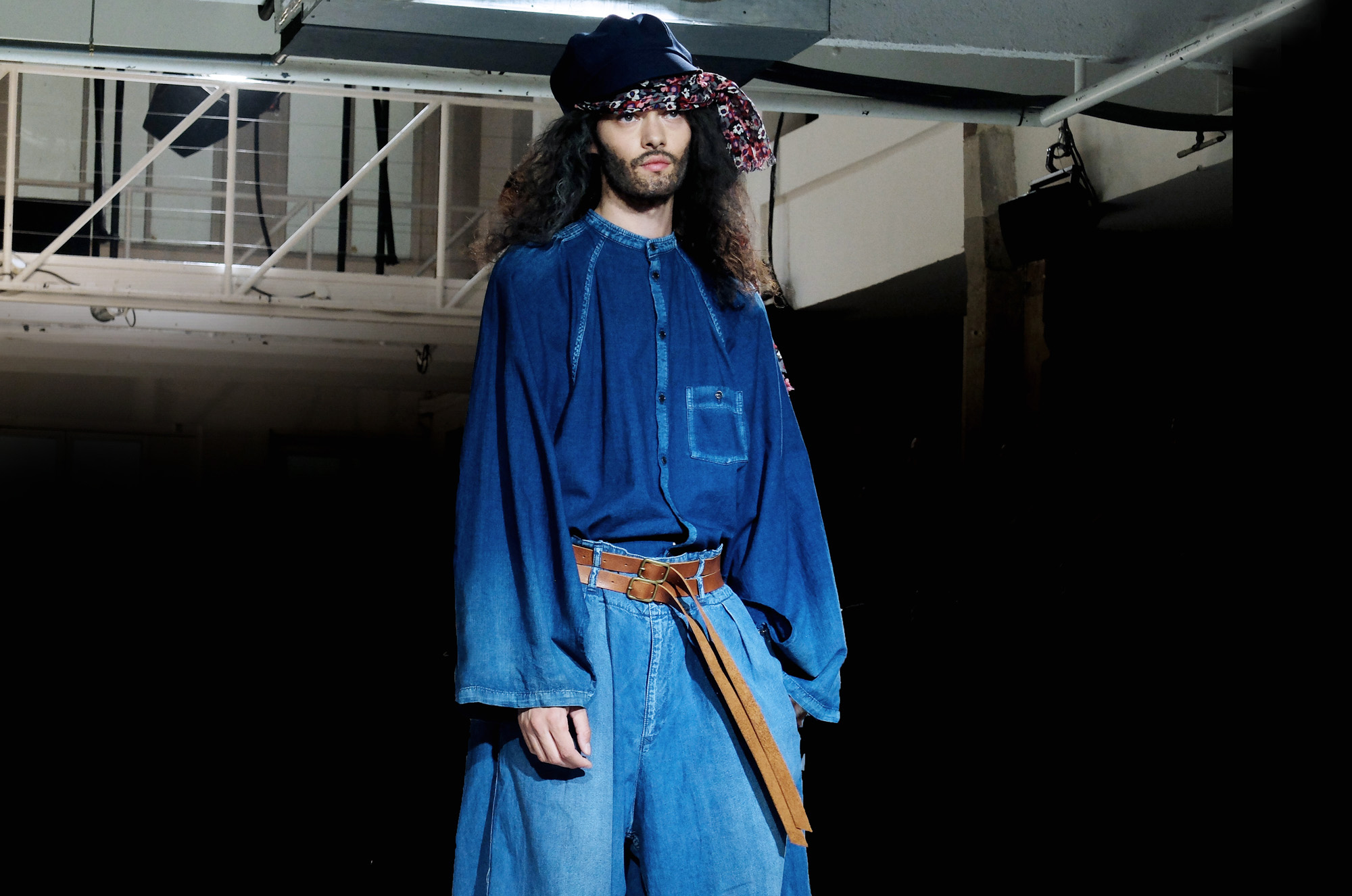 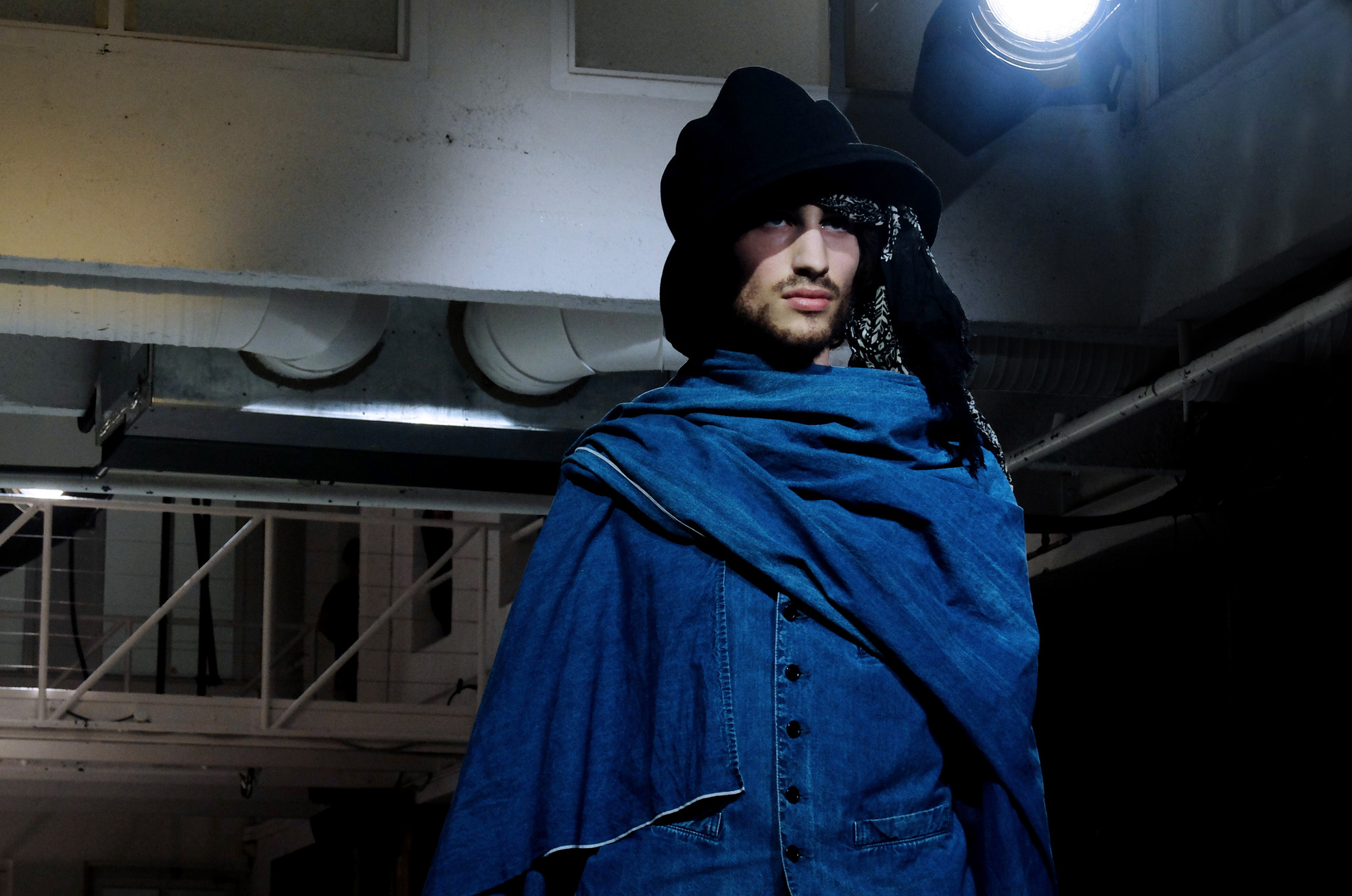 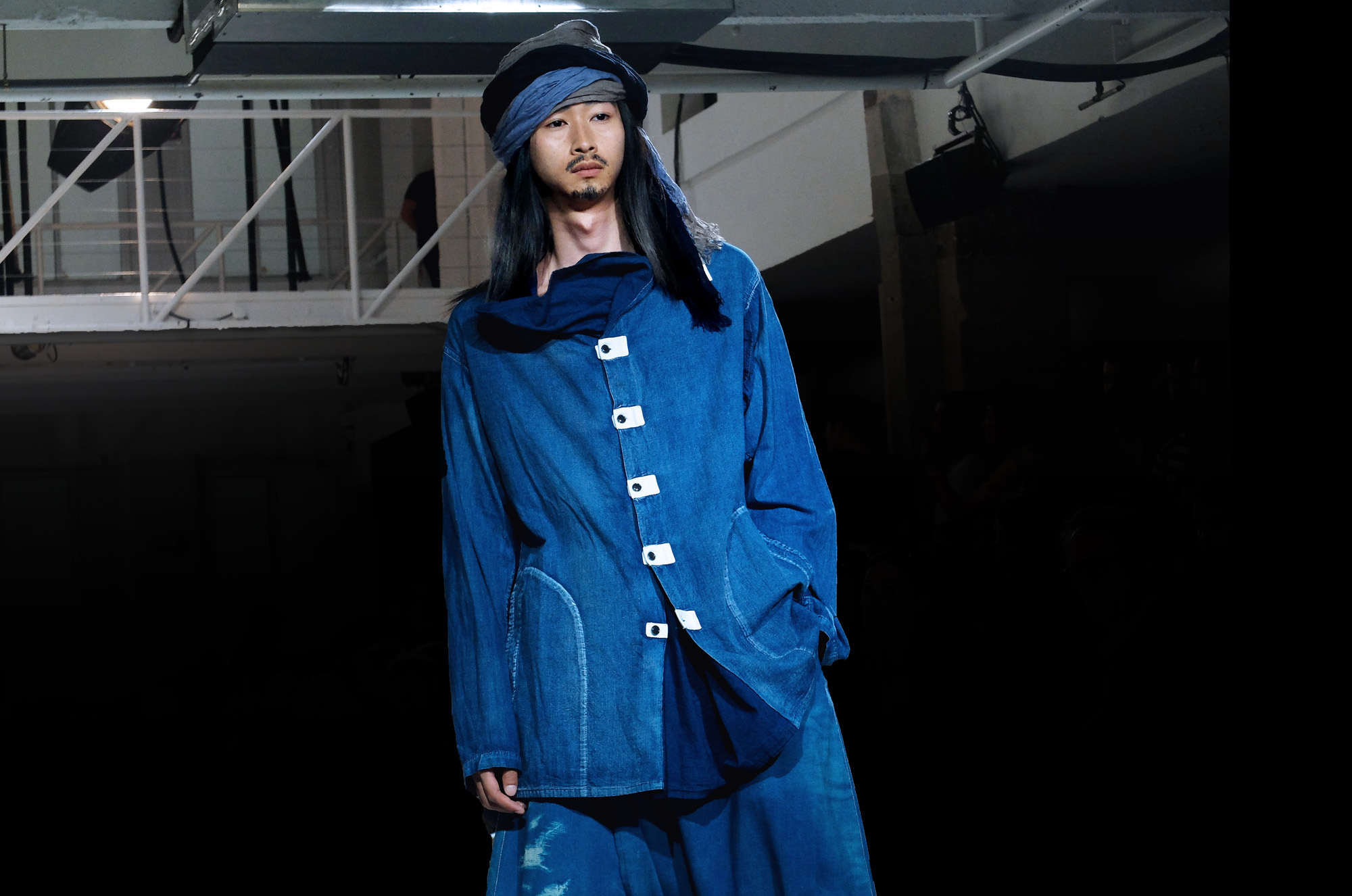 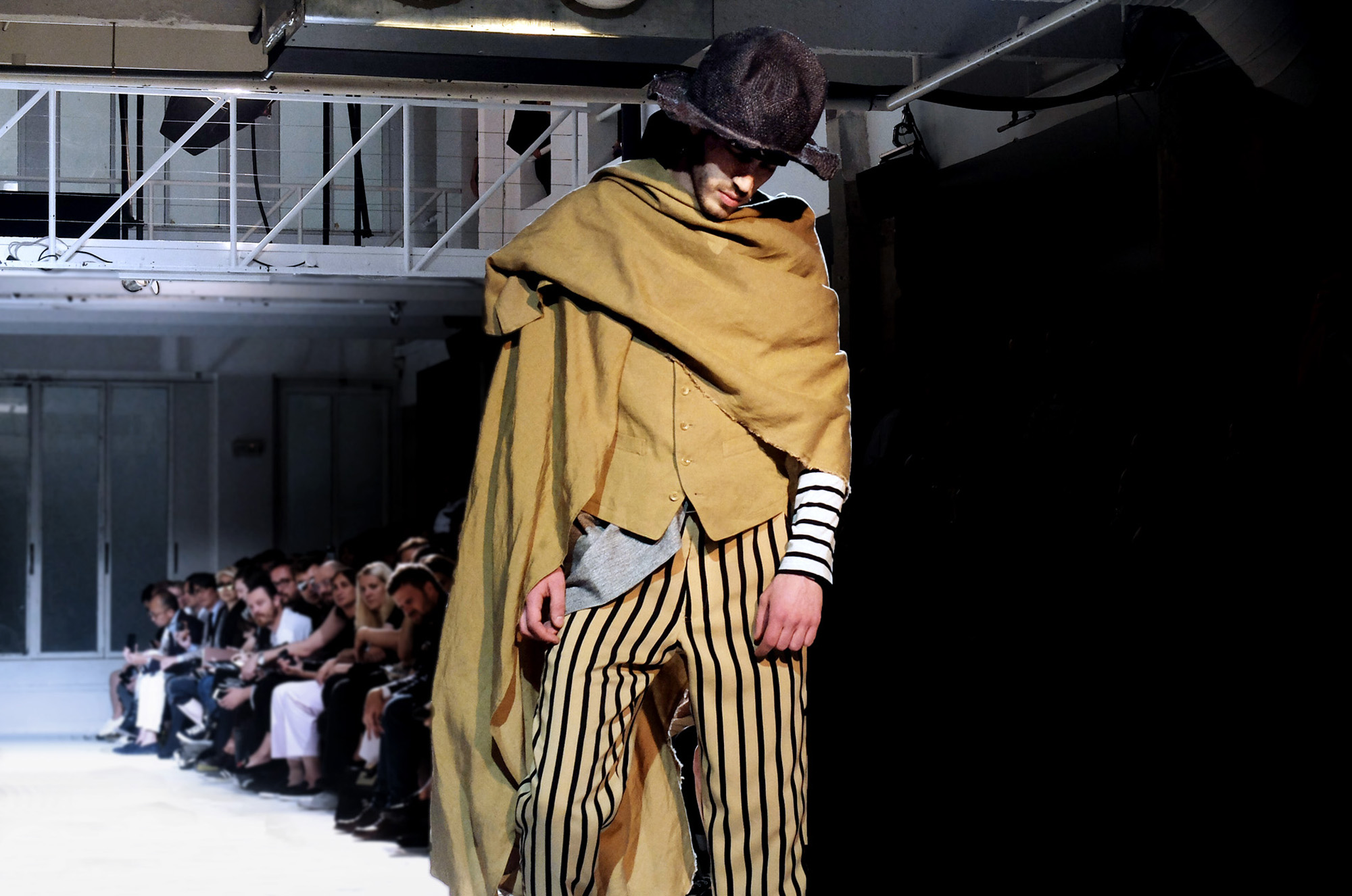