Yohji Yamamoto plays on this feeling impacting the spectators’ mind with blasting colour combinations that break into the a more expected initial graduation of black looks. Unconditionally the eye and the brain wake up, boldly dragged into the bright dimension of vibrant shades. Through chemical reactions we process the pigments impressed on the retina, letting a thrilling enthusiasm invade our perceptual system. After the firsts moments of dazed admiration, the focus immediatley goes on the fine construction of the pieces enhanced by contrasting trims, unexpected slits, visible stitchings and accessories that feature the catching neon layering. The apparent incoherence of different styles is actually an experimental game that Mr. Yamamoto leads with amused sharpness, giving to the sportswear a polished appeal, turning the military into a lightweight feminine fantasy and the knitwear into a flexible sculpture. The explosive eclecticism showcases an incredible variety of cuts and patterns, which states the designer very personal skill of “feeling the weight” of the materials in the using of uncommon fabrics like thin jersey to create sartorially constructed jackets and his unique attention to details like for the slits created in the lapels of the clothes allowing draped shawls to interweave as the pieces’ fastenings. Each garment opens to countless transformations that change its original apparence in something new thanks to the suspended sleeves, at times completely detached from the body of the garment or disjoined and reattached through bows, buttons and sheer fabrics. The clashing visual euphoria suddenly becomes quite, amazed by the bare elegance of the finale.

The burst of non-logical and powerful energy runs through the body like an injection of serotonin, reaching its peak in the nostalgic vision of a woman that walks away. 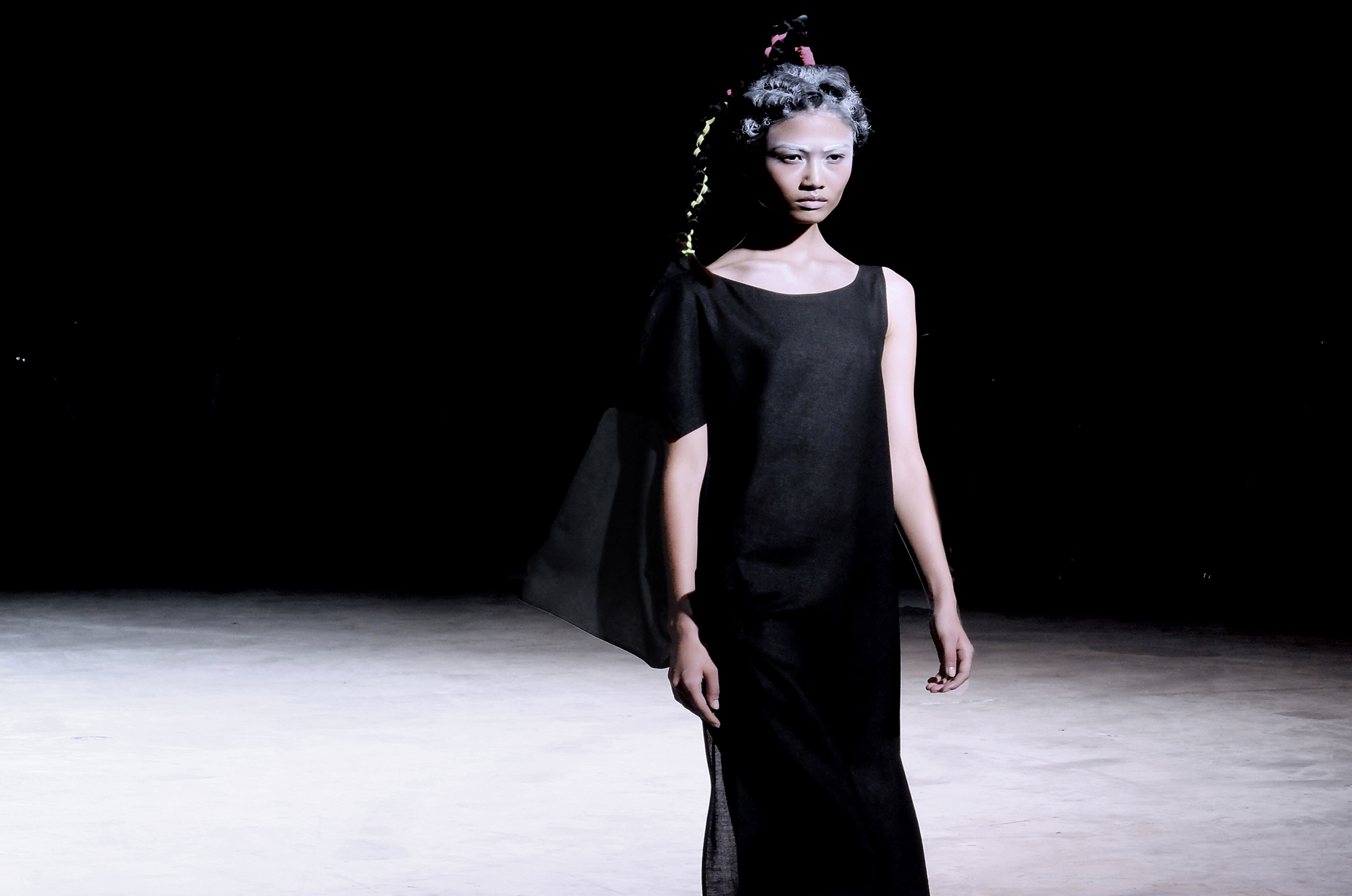 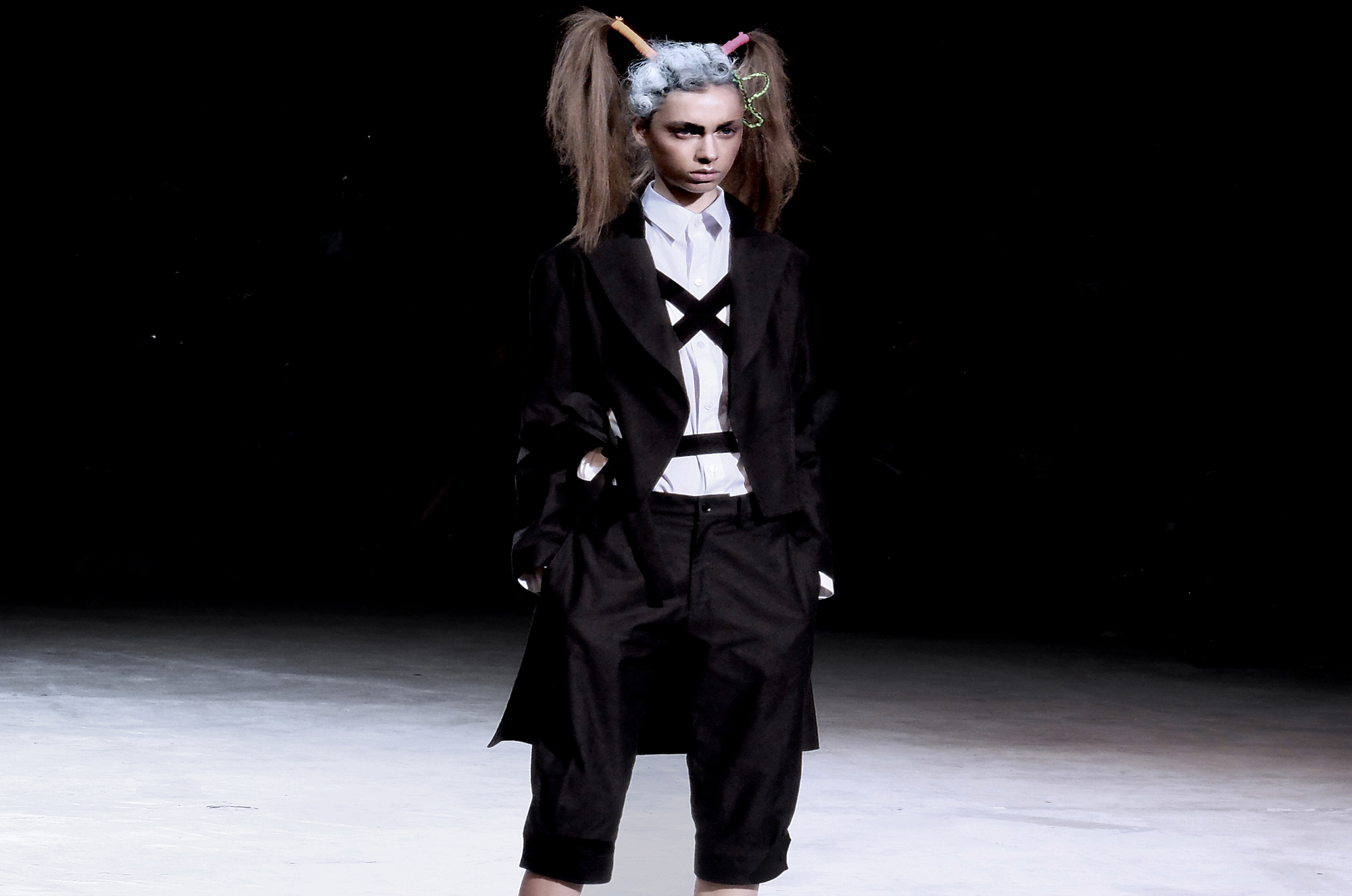 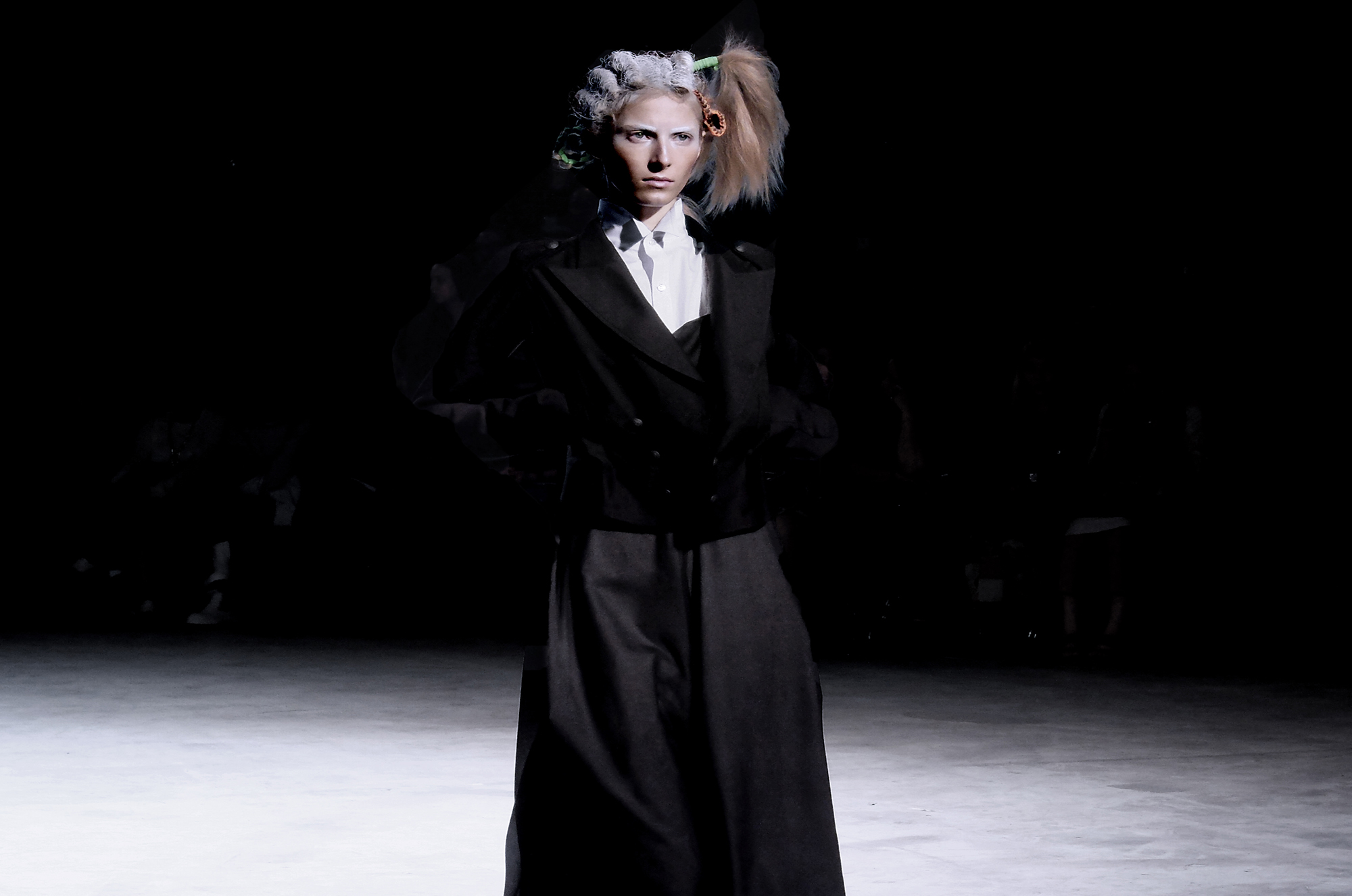 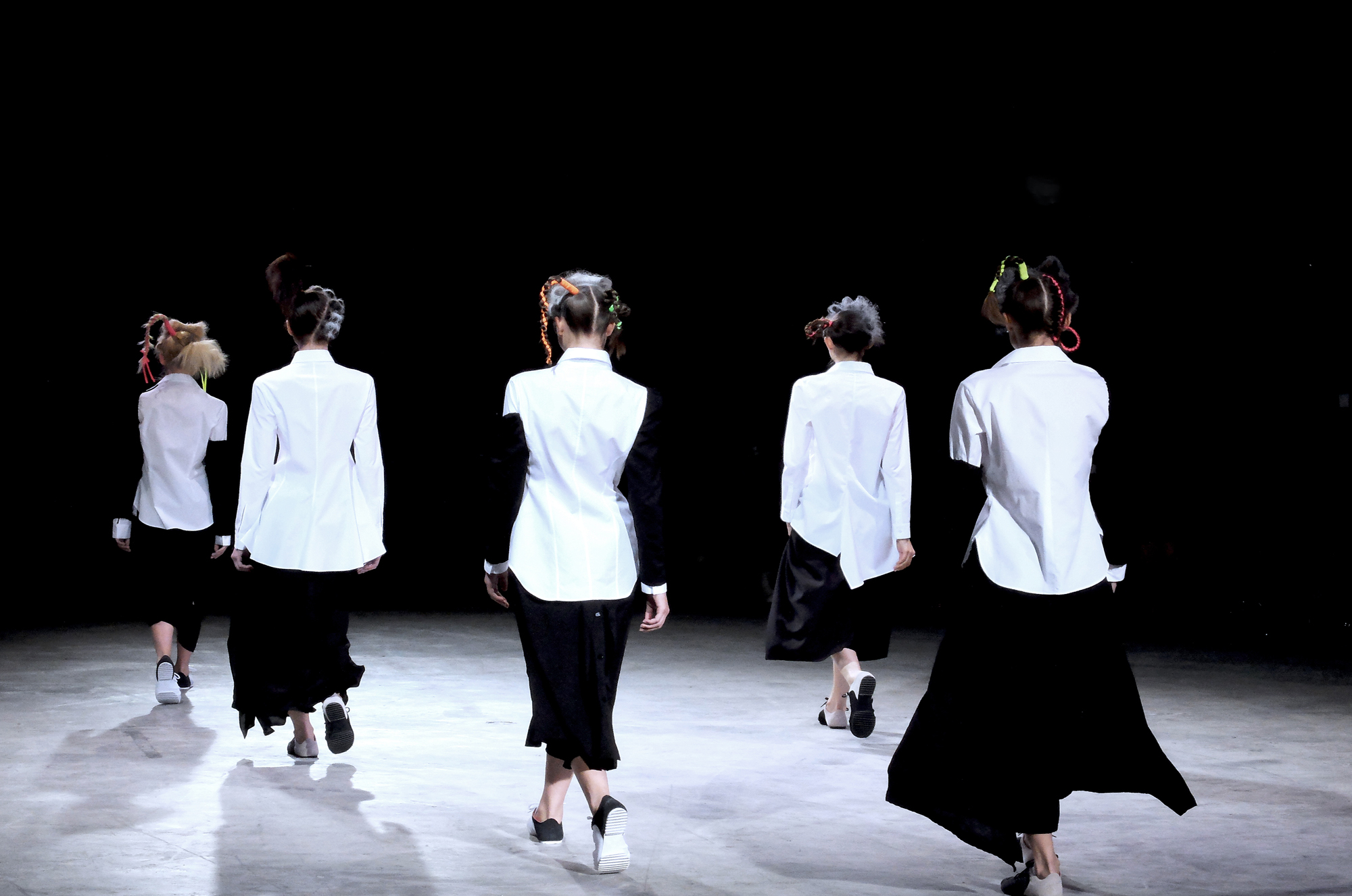