With a career that spans over three decades, Mr. Yohji Yamamoto doesn’t cease to surprise his audience by overcoming the general expectations with groundbreaking ideas. For this Spring/Summer 2015, Yohji Yamamoto showcased something that nobody would ever have imagined to see on his catwalk: the bare flesh. Indeed, Yamamoto always tried to protect the woman’s body with garments that subtly teased the eye while hiding the fragility of the wearer’s soul. The armour was tore apart by a stream of emotions tangled into elaborated laces and doubled knits. The feminine sensuality exploded in the golden friction of fabrics against skin. A shadow of the original protection remained still in shimmering crash elmets which kept the mind untouchable. The provocative element was approached through lightweight sheer fabrics that allow irreverent glances. We had the impression of spying into the women’s private rooms to see them wrapped in floating silk dressing gowns. Asymmetric cuts and deconstructed proportions reached new levels of boldness by unveiling the shoulders’ line and going far down along the sinuous curve of the back. 100-years old hand-embroidered Japanese denims were re-worked in limited edition pieces that preserved the contemporary uniqueness of Yohji Yamamoto. Ephemeral as the blossoming of Spring, the final bride embodied the peak of splendour a woman can reach in her life, which sadly lasts no more than the beauty of flowers.

And slowly as she came, the woman walked a way, leaving behind her an halo of fleeting grace. 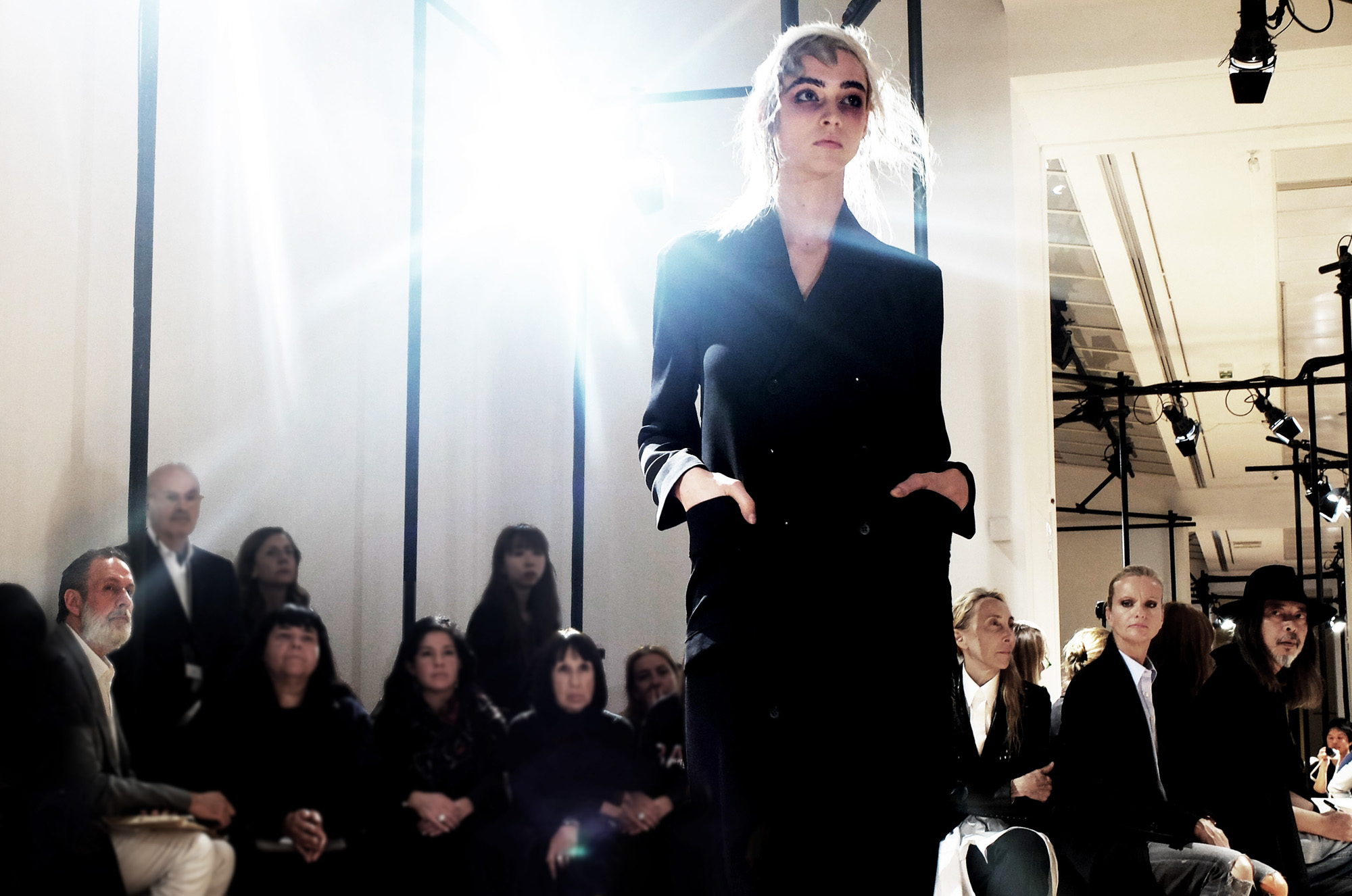 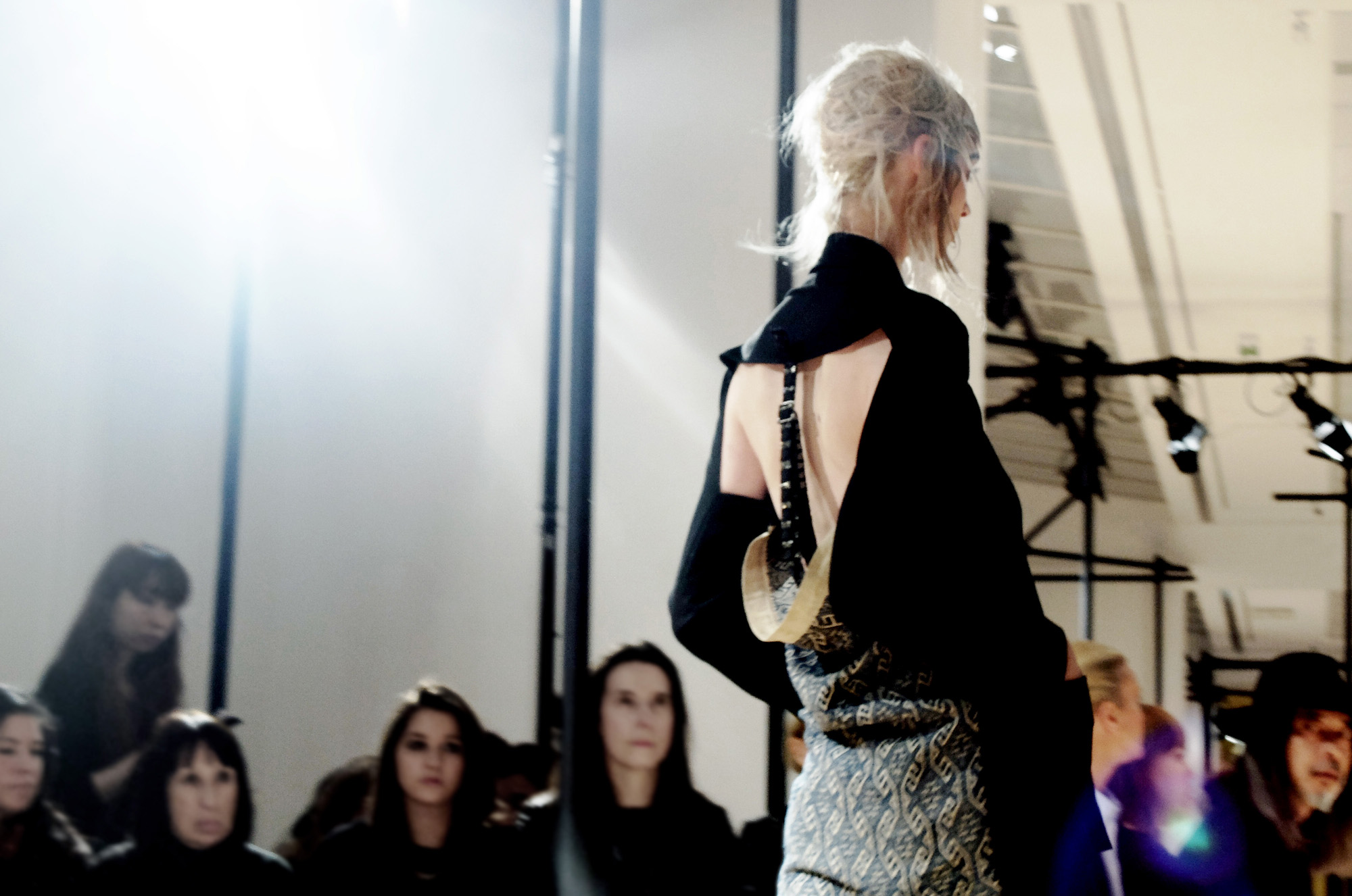 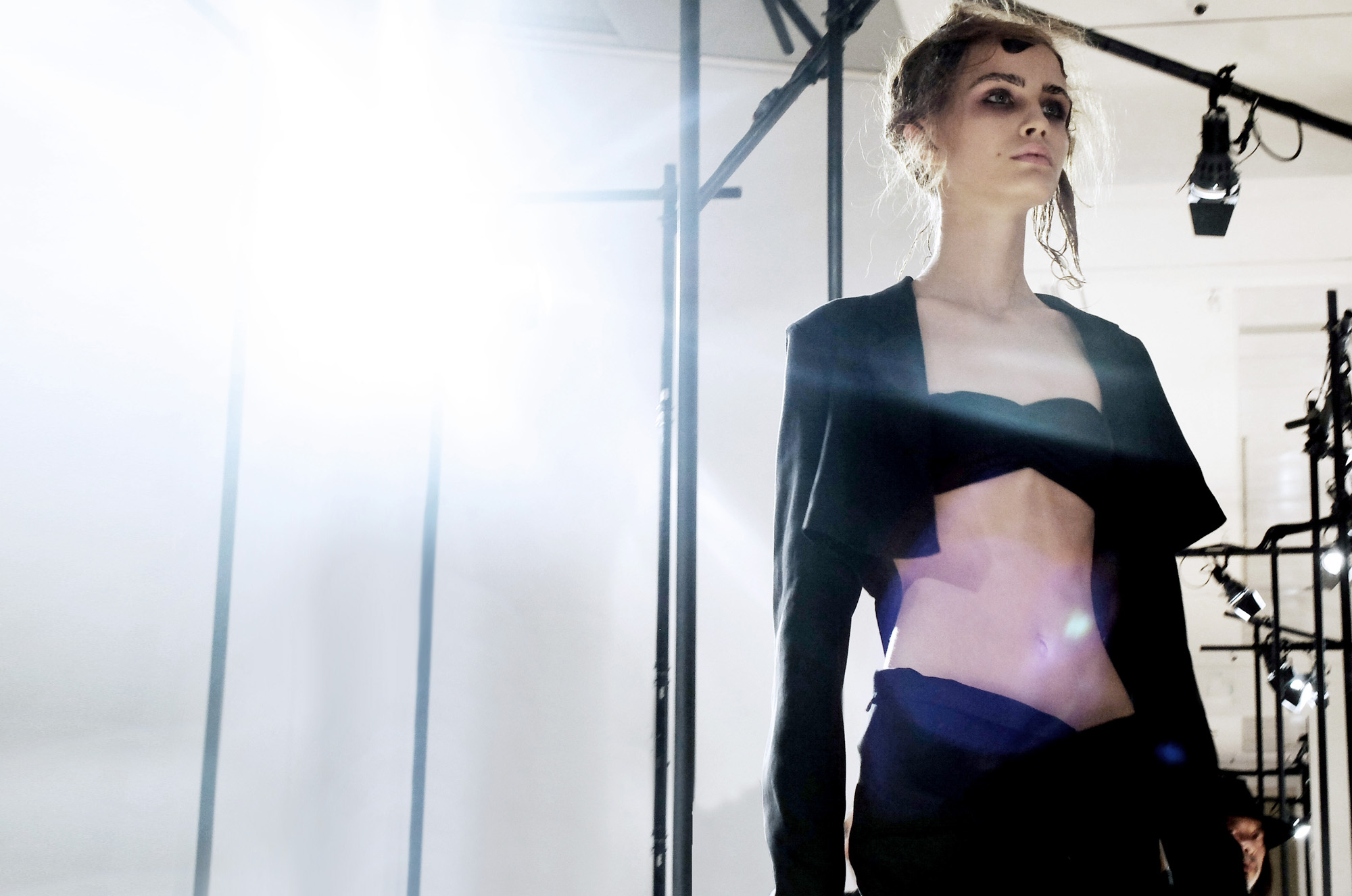 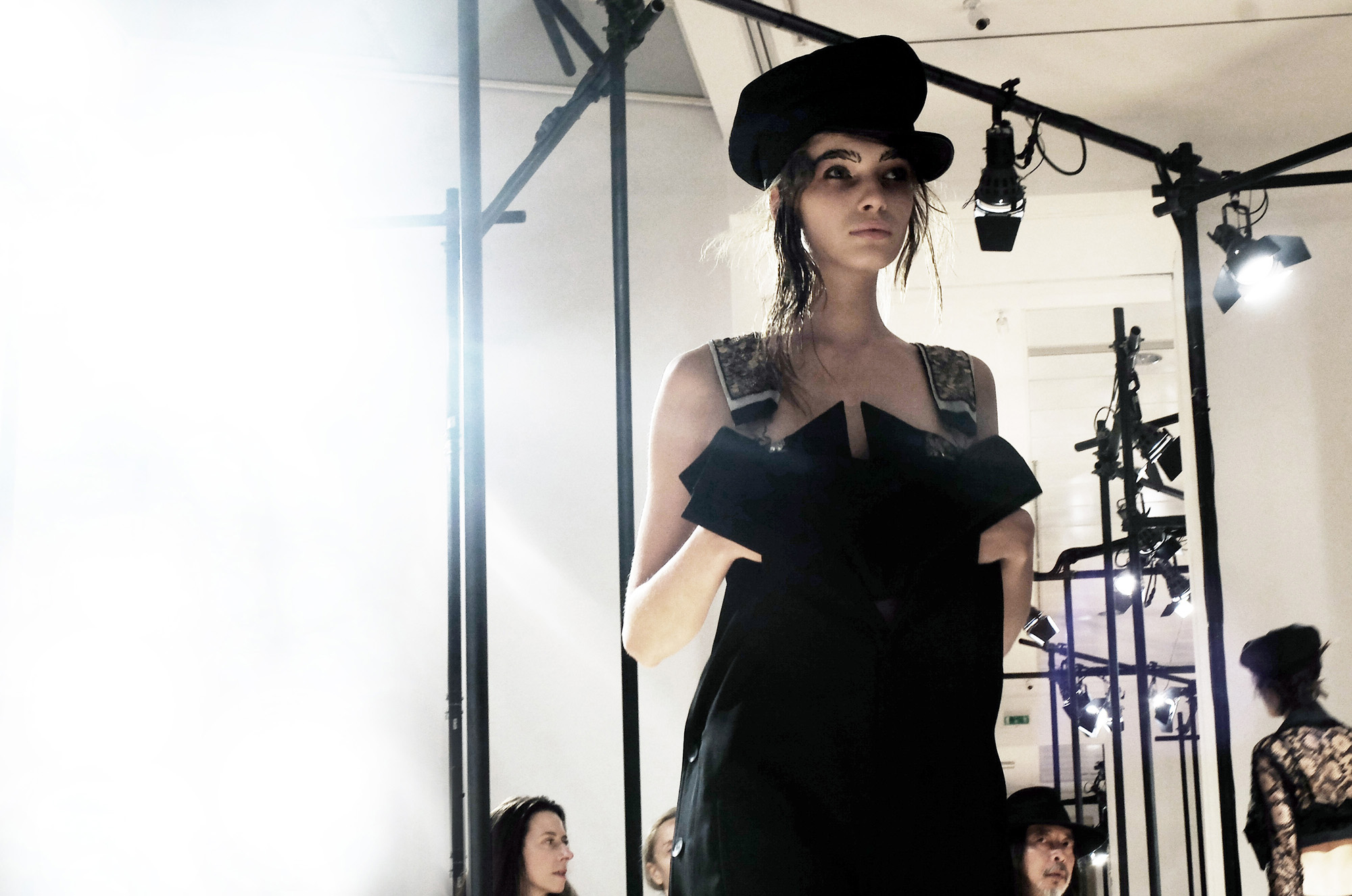 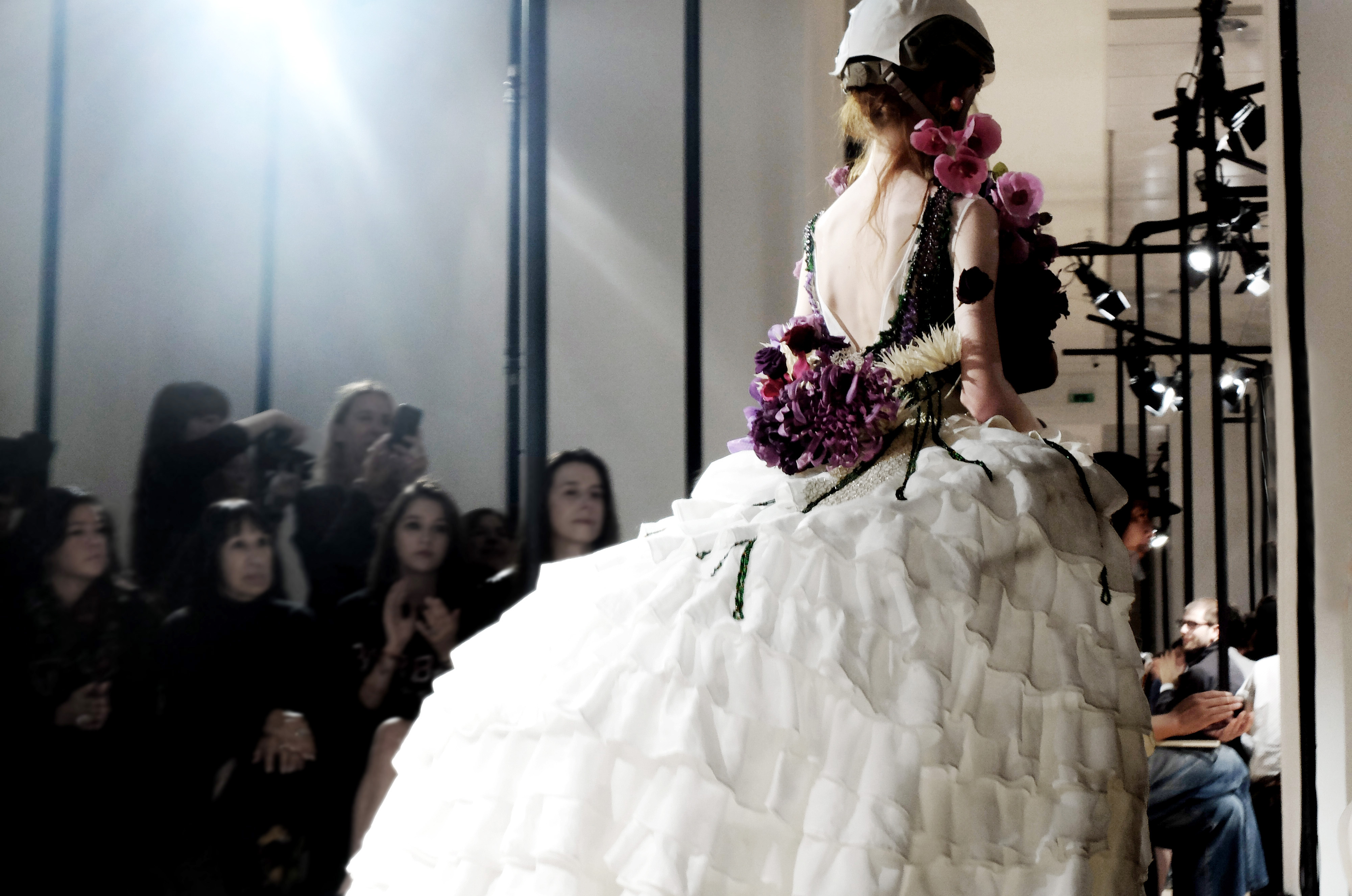