Driven by the interplay of motion, anatomy and shape, the German creator Leon Emanuel Blanck pushes the boundaries of pattern-making. We discussed with him about his last project ANFRACTUOUS DISTORTION and his experimental approach to fashion design.

Leon, how did you discovered the design field and what pushed you to embrace it?
To be honest I always thought about creating my own things many years before I actually started to do so. Prior to doing garments, I studied something completely different, but I always told to myself – I can do design when I’m older. During that time, when I met other people who were doing something in the field of design, I was always a bit jealous and kept on thinking that this is exactly what I want to do.

Many years ago I ended up staying at my granddad’s house for almost one year. He lives in the countryside of Bavaria. So besides studying and taking care of him, there was not really much to do. I ended up researching and reading a lot about architecture, furniture etc…

The more I researched about design, the more I became frustrated with my field of study.

My urge to design objects was getting bigger and I ended up studying less and less for my university. At one part I just thought, okay screw this, I can’t do my economics studies anymore, it was just too frustrating for me. The last couple of months was not about studying for my exams anymore, it was just me trying to draw and design numerous objects including clothes.

That’s when I quit university and started to design garments.

The human body and flow of the fabric were my only inspirations at first – I am obsessed with the way muscle strings are attached to the bones and their interaction. So my idea was how the movement interacts with non-elastic material while not forcefully trying to design something. The outcome of this design theorem was quite mind blowing because it looked very archaic and rough. The aesthetic and the feeling that was interceded was quite on a level with certain post apocalyptical sci-fi movies and games that I had been so intrigued by since my early childhood.

So you could say that this inspiration has not changed over the years. I probably tried most of the garments of the collection in at least a dozen different fabrics and keep on finding things to improve to make the feel complete.

In your opinion, why time and creativity are so strictly connected?

To me this question is double edged. For the one, you need time in order to be creative for the other you can only be creative at certain times. Creativity can’t be forced and therefore ultimately bounded. But having too much time to create can also destroy the act of creating.

The best ideas actually come to me after weeks of super timely stressful workflow. And when that work is done, I have the feeling that my brain is still in full throttle but my mind has time to relax and that is when good ideas hit me.

Could you explain in details your designing process? How the study of the body, its movements and its multiple articulations determinate the patterns?
With my current project, ANFRACTUOUS DISTORTION, the idea is to passively design the garments.

So the first step is always to form a cast around a moving person – during the forming process I try to keep my mind away from doing anything else but forming and molding – letting the body’s movement interact with the fabric and the other way around.

This human cast is adjusted numerous times in many different positions and postures. After this shaping procedure, the cast is cut open on the seams, and that is how I obtain my prototype pattern. The pattern will be used to realize the first prototype garment – which has to be adjusted in many more time-consuming forming steps, with plenty of cutting apart and putting back together. It will usually take around 70hours to get the pattern fitting for one size.

It is very important for me that the body is not symmetrical. Anatomical abnormalities like scoliosis or even talipes make it obvious that the body-cast will not be symmetrical either. Meaning I am forming the whole body, not just one side and then simply mirror the pattern like many designers would do. This results in extremely complicated patterns, meaning you will not find a single fragment twice within one garment.

Movement and articulations of the body during the pattern making process are key elements to define the proper fit and the movement abilities of the final garment, in the sense that they are sequentially and therefore ultimately connected.

By following this method, small differences and eventually posture defects of the model affect the garments fit, does this create any problem to your customers?

To be honest, it tremendously affects the garment fit. But to me, clothing and people are are very closely connected. In characters as in styles, I prefer certain edges and differences, they make both interesting and addictive. I don’t like flawless beauty and I don’t like flawless characters, it gives me nothing but emptiness.

So it is the same thing on my garments, some parts will fit you perfectly, others might not, because the person I have originally formed it on might have a dropped shoulder. You can actually see this on one of the jackets which was formed on my brother. After ripping some ligaments his shoulder is way dropped, so the left shoulder fits different than the right one.

Once you wear it, you will start to feel this defect, but eventually falling in love with it and not feeling it anymore because the positive part of the fit will overwhelm the negative. If it is the other way around, the piece is not for you.

Your pieces are as much interesting from the inside as from the outside. Why the attention to details is so important?
Well, due to the fact that I need to carefully mark each fragment of a pattern with my handwritten notes in order to be able to sew it, the attention to detail becomes a compelling necessity rather than an active choice with the positive side effect of making the garment interesting to look at from the inside.

Could you explain how your own language and cultural background are represented in your garments?
The positive things Germans are known for are their complex technical advances and their thrive for research and engineering. Unfortunately, this is often combined with a strict and straight “this is how it works, and no other way”- mentality.

On the one hand my way of creating garments is based on a lot of research and experimenting, on the other hand, my pattern-fmaking is an anarchy of the mind which is not what we are culturally known for. Especially nowadays, people are raised to be robots, dumbed down by mass media and ruled by their heroes.

I was always raised to question everything, there can not only be one correct way of doing something – I just got very sick and bored of casual pattern-making methods and decided to question it.

The creative process is often defined by some rules. Do you have rules?
My only rule is that it has to feel right. And if it does not feel right, it is not ready.

Do you have any unrealized projects?
Concerning ANFRACTUOUS DISTORTION I have been working on footwear for some time now. I hope I will be able to complete my idea of boots in the near future. Again, it will not be a common way of shoemaking. 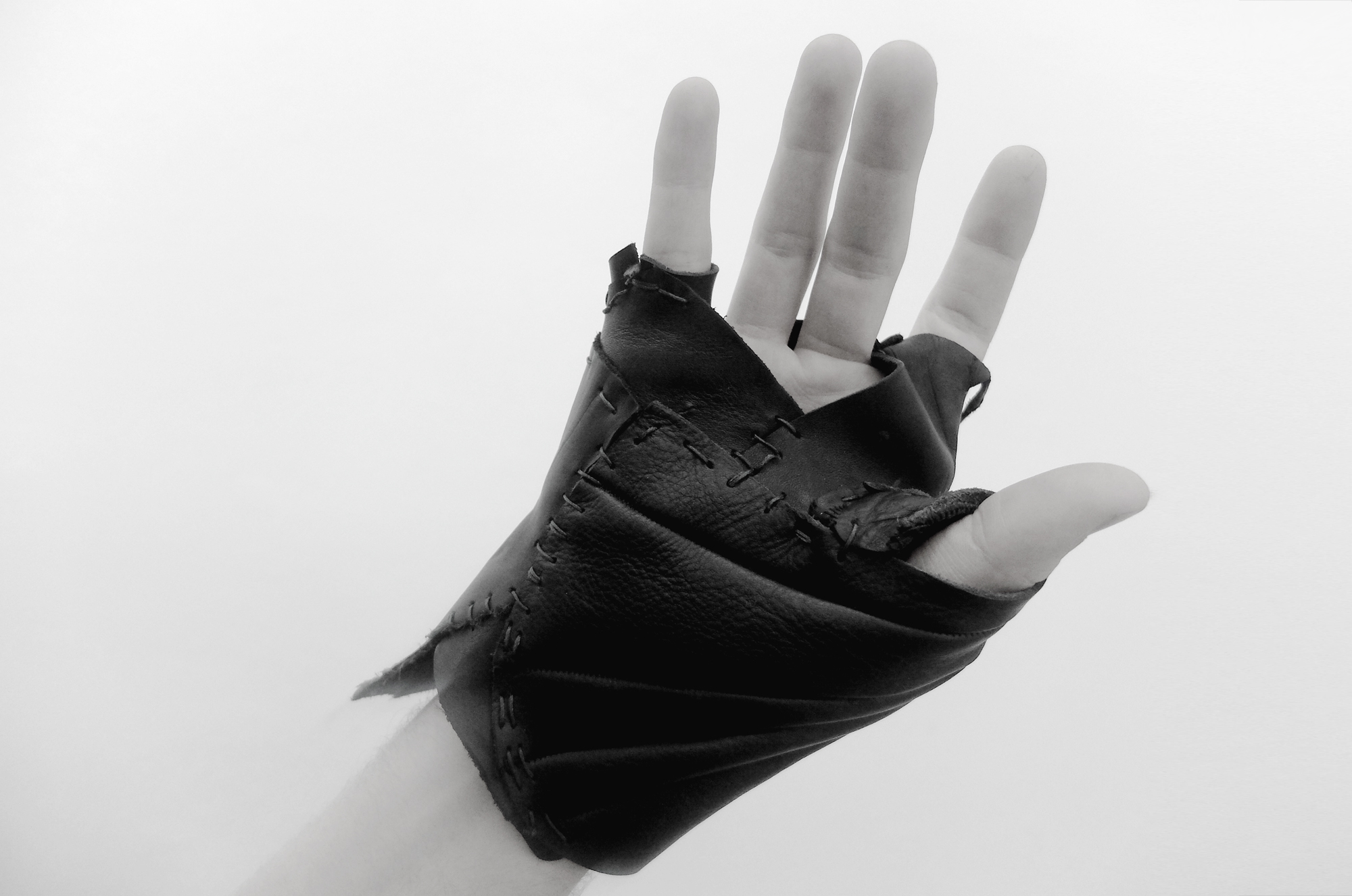